Kristen Bell has developed a large and loyal fan base since her big break in 2004 as the titular character on UPN's Veronica Mars. Even before becoming a series lead, she'd already garnered attention with her role in a Lifetime film and a two episode arc on HBO's Deadwood, though it was her portrayal of Mars that won fans over, equal parts salty and sweet and always smarter than whoever it was she was talking to. Bell got to embrace her salty side in Forgetting Sarah Marshall and she won families over with her sweet side as Anna in Disney's Frozen. As Bell's star continued to rise, a young actor named Dax Shepard was steadily working in TV and films as well. They got their start around the same time and met each other through friends in 2007. After getting engaged in 2010, they waited until the Defense of Marriage Act was struck down by the Supreme Court in 2013 before they got married. They have two daughters (Lincoln Bell Shepard and Delta Bell Shepard) and adorable chemistry whenever they appear in public together.

.@daxshepard1 will you marry me? Xo #marriageequality #loveislove”

Bell has an infectious personality that often thrusts her into the spotlight (whether she's taking over hosting duties for Jimmy Kimmel for a night or entertaining hotel guests stranded during Hurricane Irma), but you may not know quite as much about her husband, Dax Shepard. Here are five fast facts to help you get to know him a bit better.

Fact 1: Dax, Bell's Husband, Got His Start in Improv

On behalf of Mt Hood, KB and myself, Happy 4th of July!

Dax Shepard has a career full of interesting twists and turns but it should come as a surprise to no one that he has appeared in comedies like Without a Paddle, Employee of the Month and CHiPs. Shepard's entry into performing was through comedy and it has continued to be a central part of what he does throughout his career. It began after Shepard moved to Los Angeles in 1996 and auditioned for the famous improv troupe known as The Groundlings. Shepard ended up taking classes with them while also attending UCLA. While in his troupe, he worked alongside future stars Nat Faxon, Tate Taylor and Melissa McCarthy. McCarthy, of course, has since become one of the most successful comedic actresses of our time and she appeared opposite Shepard's wife, Kristen Bell, in 2016's The Boss. To further bring things full circle, McCarthy's character from The Boss, Michelle Darnell, was actually a character that originated during her time with Shepard and The Groundlings.

Fact 2: Dax Shepard Has Punk'd A Lot of People 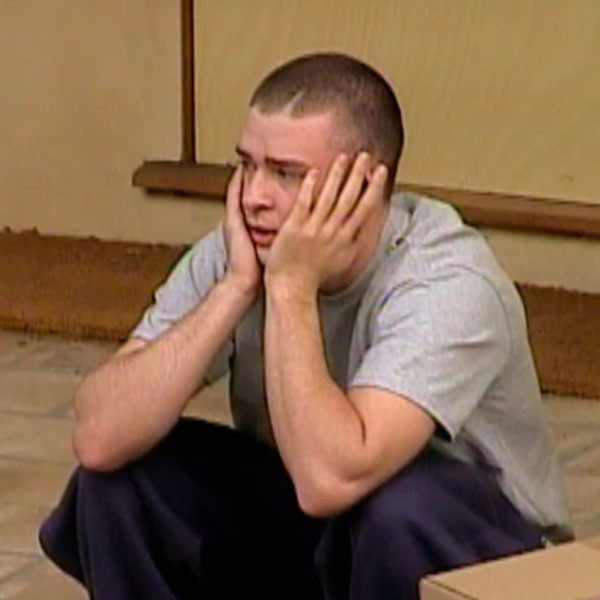 Dax Shepard became familiar to a larger audience after appearing in several episodes of the MTV prank series, Punk'd, in 2003. Ashton Kutcher hosted the hidden camera series in which elaborate pranks would be pulled on unwitting celebrities and Shepard was often in the field as an actor working to pull one over on all sorts of big stars. One of the most famous encounters was the episode in which Shepard and the rest of the Punk'd crew convinced Justin Timberlake that they were with the IRS and they were repossessing his house and valuables due to back taxes. The sight of Justin Timberlake actually breaking down in tears is what fans remember the most but Shepard once said in a podcast that Timberlake was the only celebrity who seemed to genuinely want to fight him in the midst of the prank.

Shepard and Bell had very different upbringings and it's something they've publicly commented about being one of the things they had to figure out in order to make their relationship work. In the words of Shepard, Bell was raised "very Christian" In an interview with Playboy, he said that between her religious background, her impressive academic resume and philanthropic work, he and Bell had drastically different backgrounds. Shepard grew up in suburban Detroit and got into a bit of trouble with the police (not to mention his mom) in 1992 in an incident that involved drugs but says he was mostly clean throughout high school other than that. However, when he turned 18, he began using drugs on a consistent basis. Before meeting Bell, Shepard described his wild lifestyle, saying he spent his time "drinking, cocaine, opiates, marijuana, diet pills, pain pills, everything. Mostly my love was Jack Daniel’s and cocaine. I was famous for going out on Thursday night to have a couple of beers, and that just led all the way to Saturday night." Bell once said in an interview that because of her Catholic school upbringing, it was hard at first not to judge Shepard for some of his previous indiscretions. In September of 2016, Shepard shared a tweet celebrate 12 years of sobriety and essentially crediting being clean with leading him to Bell and the family the two of them have together now.

12 years ago today I came out of my last toxic, life threatening stupor. I now have a wife & babies & some self-esteem #gratitude #promises

Fact 4: Bell and Shepard Didn't Like Each Other Once

It's hot as hell outside. @kristenanniebell

For Kristen Bell and Dax Shepherd, it was love at second sight because the two both say they weren't too keen on one another after their first encounter in Detroit. Not too long after, they met for a second time in Los Angeles and the spark that was missing the first time around showed up. Bell simply says that their first time meeting was "not electric" but for Shepard, he goes further to say that he was put off by how happy she was. Shepard says that Bell's bubbliness scared him a bit and the "unbridled happiness" of her and her friends made him feel like they must be part of a cult. Of course, they got together soon after their second meeting, have dated since 2007 and married in 2013...so clearly they warmed up to each other.

Fact 5: Shepard Is A Writer and Director As Well

Tryin to look hard among the sea of gladiators here at the #nflhonors show. @mvegapena

After six seasons on NBC's Parenthood, Shepard's affable personality was on display for a wider audience and Parenthood also allowed him the chance to play more dramatic scenes than fans had seen in the past. While he's very good at playing goofy, slacker type characters, Shepard himself is a hard-worker and multi-talented when it comes to his work in Hollywood. In 2017, he starred in the movie remake of CHiPS, but some may be surprised that he wrote and directed the film as well. Before CHiPS, Shepard also proved a triple threat in two other films wrote, directed in starred in, Brother's Justice and Hit and Run. Like she did in CHiPS, Bell made an appearance in her husband's film, Hit and Run, and he returned the favor by making a cameo in the Veronica Mars movie.

Age, Net Worth and Future Projects of Dax Shephard

#tbt to 4 years ago- the calm before the storm. Practicing our ride to the hospital- in our new 'family car' (a 1995 wood paneled Buick Roadmaster station wagon). Patiently waiting out month 9. Thank you, @mrchrislowell for this picture.

Dax Shepard's age is 42-years-old and his birthday is January 2nd, 1972. He has a net worth of $12 million and an impressive collection of cars. Shepard says that his passion for cars began as a child and he remembers his mom letting him pull their Chevy Celebrity out of the driveway. As an adult, he says his prizes possession is modified 1967 Lincoln Centennial which he has owned for 22 years. As an actor, he appears in the Netflix holiday film, An El Camino Christmas, and is filming a movie called The Buddy Games alongside Josh Duhamel and Olivia Munn. He'll be continuing his role as a writer as well, penning the upcoming Scooby-Doo animated film that's expected to arrive in 2020. Shepard has made it clear that his role as a father of two and husband to Kristen Bell is a priority to him and while the two of them work a lot, it's inspiring to see them keep family their focus.