For those new to the term, “Asian Baby Girls” are not the female offspring of Asian parents – it’s more of slang or a stereotype that developed within the Asian American community. An “ABG” is a girl of Asian American descent who follows a specific lifestyle and fashion style. And you might be surprised that you’re friends or are acquainted with an ABG because the checklist is quite specific and they aren’t a sparse group.

What is An Asian Baby Girl (ABG)

According to different urban dictionaries, the basic definition of an “Asian Baby Girl” is an Asian female “gangster” who likes to wear thin clothing and heavy makeup, enjoy activities such as parties, raves, and clubs, and have a taste for expensive brand names.

The Asian American community itself created the ABG stereotype meant to be a lighthearted jab on the growing trend among the ladies. To decipher the term itself, an Asian Baby Girl would be a female of Asian descent living in America. Because they tend to have a more petite frame compared to Caucasian girls, the word “Baby” was incorporated in the name. 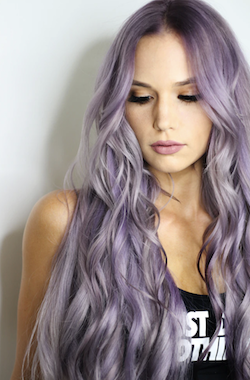 How to Spot An ABG

If you’re interested in gauging if you know an ABG or you want to find out if you’re a certified ABG, let’s learn how to spot one.

It was mentioned earlier that ABGs prefer thin clothing, but there’s so much more to it than the amount of clothing (or the lack of it). One does not merely put on a tank top and shorts and call herself an ABG.

For everyday outfits, a true ABG wears Adidas clothing and Nike sneakers (although Adidas superstars are quickly gaining popularity among the women). Whether it’s an Adidas track jacket or the basic Adidas t-shirt, you must have that logo on you. Oh, and more often than not, your boyfriend uses the track pants because baggy isn’t your style.

When you don’t feel in the mood for Adidas, you go for Fashion Nova, Supreme, or the typical Gucci, Chanel, and Louboutin.

For raves, parties, and the like, an ABG uniform is a strappy black bralette and black shorts (usually ripped). Either that or you put on your beloved black baseball jersey (even though you’ve never picked up a bat before).

Let’s tackle the hair, shall we? Asian Baby Girls only have one acceptable hair length: long. It must be long (extensions or natural), blonde, and ombre. 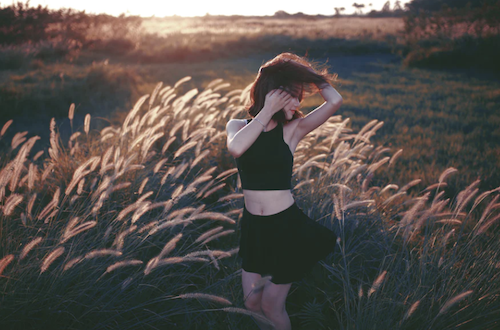 ABGs have perfected the cat wing eyeliner look and can apply falsies in record time. Their eyebrows are ALWAYS on fleek. Furthermore, they tend to have piercings, although they follow a particular theme when it comes to the location (belly button, tongue, and multiple ones on the ears). ABGs also have tattoos, which is an accomplishment in itself because Asian parents, am I right? The tattoos are either something screaming you’re so cultured like Chinese characters, dragons, and lions or a cherry blossom because these portray your gangster side.

It’s easy to spot an ABG. The following are some of their dominant behaviors:

- Their blood type is milk tea – meaning you can regularly find them in a Boba shop because “Milk tea is life.”

- They go to the gym well-dressed, with full makeup on and stylish hair. It’s like you won’t even see them haggard and sweating at the gym.

- If they’re not sipping on milk tea or hitting the gym, an ABG will be on Snapchat, posting continuously on their stories. The default filter: dog selfie. The dog filter has become an integral part of ABG’s daily routine, especially now that it has been included on Instagram.

- You will rarely find an ABG at home. They don’t need a weekend to go out and party – whether it be in a rave, Vegas, or the hottest clubs.

- Naturally, ABGs love expensive things such as the latest Louis Vuitton purse or Lamborghinis. They either got it from their daddy or their rich boyfriends.

- Speaking of boyfriends, an ABG is usually dating a buff and well-off guy.

- A true Asian Baby Girl lives on Boba during the day and Hennessy at night.

- In fact, it would seem that ABGs are natural models and have dabbled in the industry, one way or another.

- While ABGs may look like they party all the time, they are also true girl bosses who work hard in their career or the path towards it. There’s definitely brains to back up the beauty.

Watch the following comedy sketch “How to tell if you’re an ABG” from Leena Dong for more illumination on the topic.

Below are some popular Asian Baby Girls with a substantial follower base on Instagram. Watch these ladies bring to life the descriptions mentioned above. 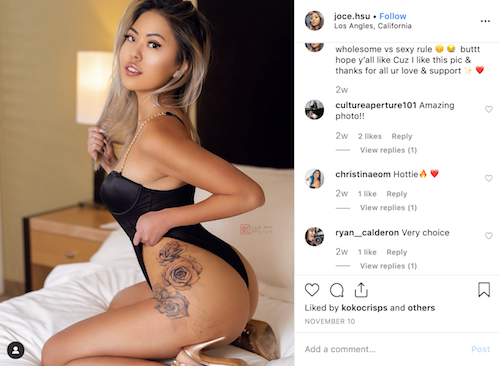 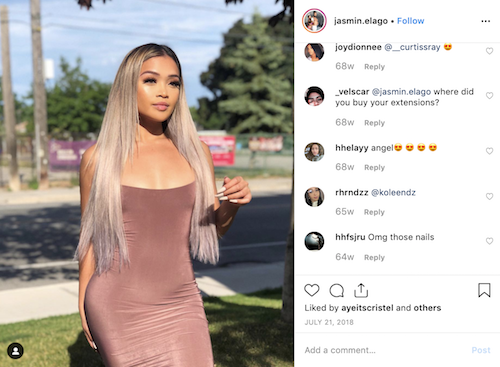 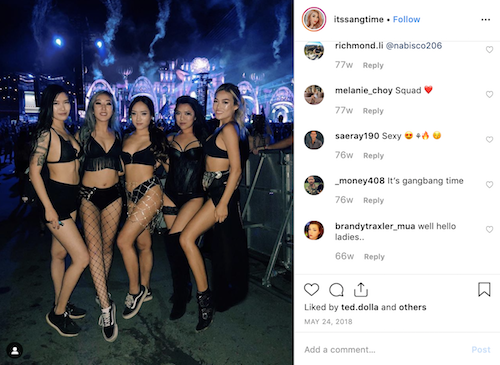 Is ABG a derogatory slang?

Although the term “Asian Baby Girl” might seem derogatory to those not well-acquainted with it, being called an ABG does not automatically equate to someone being called a “slut.” The stereotype itself was created by the Asian American community and is tossed around a lot. It has even become an adjective to describe any girl in general that fits the ABG image.

In the end, it is all about context, motive, and usage. For example, someone calling a woman who fits the description an ABG intending to hit on her or prejudge her to be a slut and easy to get is someone who uses the term degradingly.

On the other hand, a person who calls a woman an ABG, knowing full-well that they are a mixture of beauty and brains and is implying that an ABG is basically a hot Asian girl, is harmlessly using the term.

Some guys put ABGs in such high regard, thinking they are out of their leagues and would marvel at their presence. Meanwhile, there are those guys whom ABGs tend to go out with who believe that the girls fit their standards (they look good together) and end up flourishing in the relationship.

Much like any stereotype, it’s harmless as long as one does not rely on preconceived notions about another without getting to know them personally first.

Is ABG a derogatory slang? 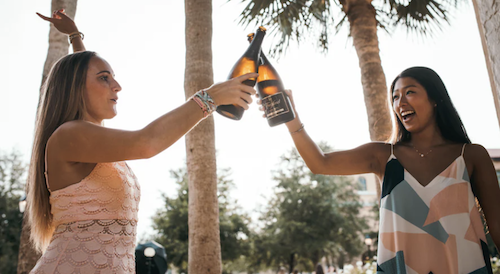 Before Asian Baby Girl, the term was “Asian Baby Gangster,” meaning these were the girls who were considered the muses of a gang. They were badass and loyal, a woman who would jump at anyone (mostly girls) who talk bad about them.

You’d be surprised that an ABG is merely someone who prefers the lifestyle and fashion style of an Asian Baby Girl, no more no less.

To put even more context on the matter, a traditional Asian woman has always been thought of as meek, quiet, and submissive. For an Asian female to uphold a lifestyle, the opposite of centuries-long traditions and expectations is a significant change, and the willingness of people to embrace that transition.

To better understand the perception of non-ABG Asians towards ABGs, let’s take a look at what they’ve posted in the online community.

Ms Le comments that she wanted to portray an ABG image in the past due to its positive context but changed her outlook as she grew older.

“There was a time where I wanted to portray the ABG image because of the positive context that came along with ABG as the hottest of Asian girls. Then as I grew older it became an insult, I had found my own look and no longer wanted to be seen as a piece of meat that can be judged just by looking at my physical appearance. It’s annoying that the Asian community still validates this term so much, it is all over Asian Youtubes such as the video “18 Types of Asian Girls.”

Meanwhile, Ms. Tantengco adds that the term is highly subjective.

“I suppose it could depend on the person as well because some can see it as a compliment rather than an insult.”

Lastly, a certain “Kirby” further proved the point that ABGs are an embodiment of beauty and brains.

“Writing about the concept of A.B.G. is very interesting. My sister has always been called an A.B.G. since high school since she fit a lot of these stereotypes. However, because of these stereotypes, she was always misjudged just by her appearance. My sister is actually very smart and intelligent and hard-working. But, because of these misconceptions about her appearance as an A.B.G., people just saw her as an Asian slut. A lot of girls I have met who have been labeled as an A.B.G. are much more than these stereotypes. They have goals and aspirations and are very successful.” 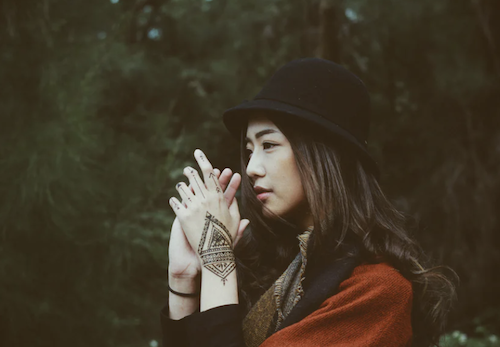 Meant as a lighthearted jab at a growing trend among women who live almost the same lives and like the same things, an Asian Baby Girl will continue to exist as long as raves, parties, Bobas, and the like, are available.

With such a specific list of their lifestyle preferences, it’s easy to spot an ABG, thus making the term a stereotype harmlessly thrown about in society. 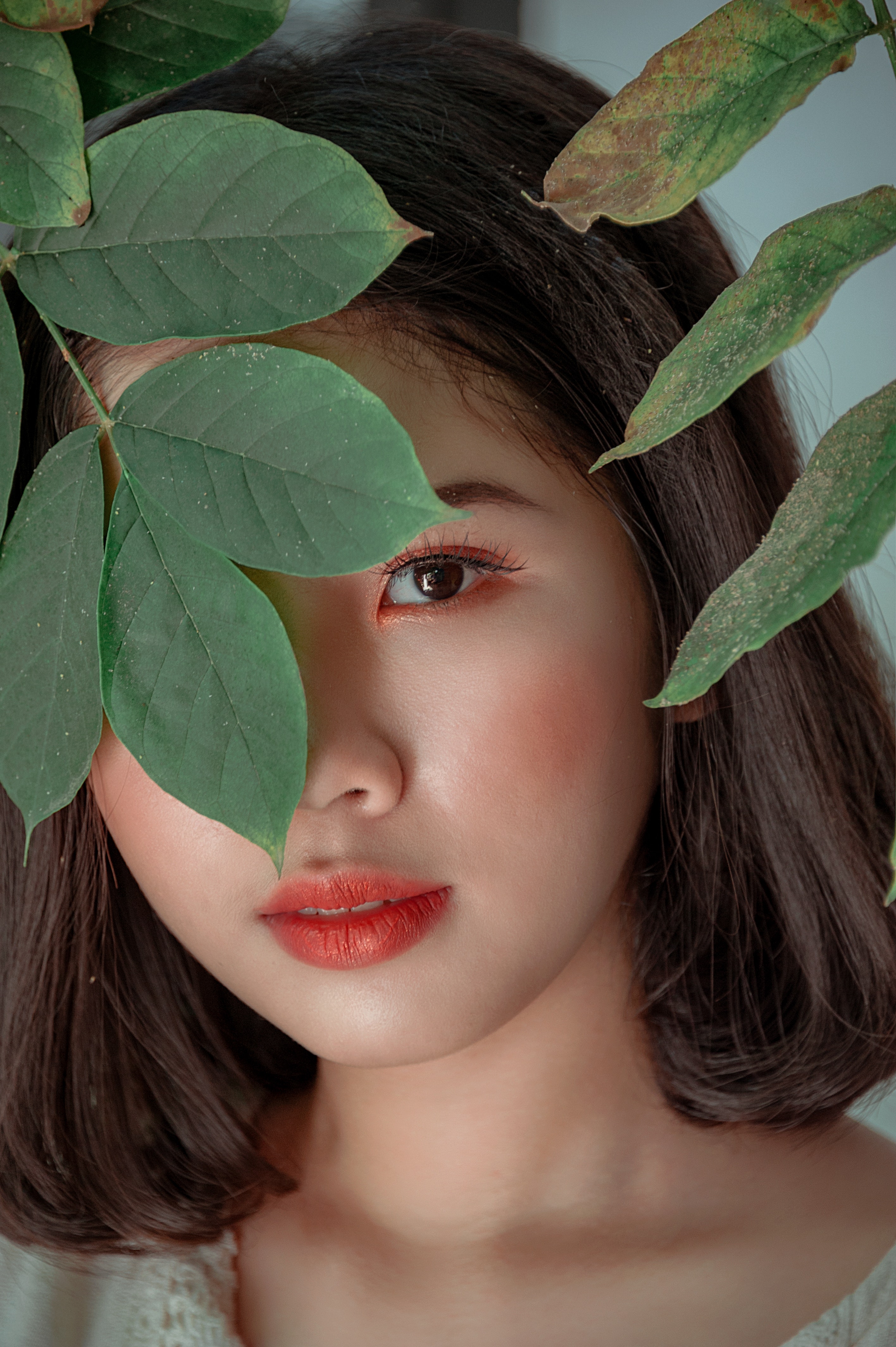