Patrick Ferrell was born on May 17th, 1970. While there isn't too much of a background story on his early life, one can assume that he and his brother, Will Ferrell, led very similar lives leading up to their fame. Ironically, the two have also been featured in some films together, including the infamous Christmas movie, 'Elf'. Unfortunately, Patrick Ferrell remains a not-so-exclusive part of Hollywood, so there are little to no recorded scenes or interviews with him at this time. Here's everything you need to know about Patrick Ferrell.

If it wasn't already obvious, yes, Patrick and Will Ferrell are indeed brothers. Similar to his brother, Patrick is also a writer, director, and producer, aside from being an actor. He is currently 47 years of age and is an actor for minor background roles in most movies.

2. He's been in some of the same movies Will Ferrell has starred in

December is right around the corner! This means you might be able to catch Patrick Ferrell in the Christmas movie, 'Elf', as a security guard. You'll probably have to watch really closely, considering there's multiple security guards throughout the movie. But getting to share a movie with your brother being the star of it is pretty darn cool, too!

"A Night at the Roxbury"

'A Night at the Roxbury' [1998] was one of Patrick Ferrell's first films that he was featured in. He was a background role of 'New Club Waiter'. A Night at the Roxbury is centered around two brothers who dream of winning it big and opening their own dance club- or even better- getting into the Roxbury. This was another movie that Patrick and Will both shared together! 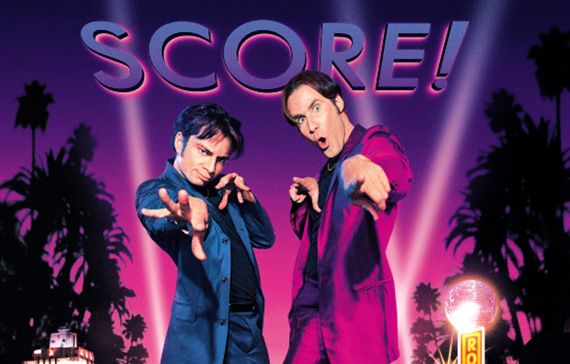 A featured image for the 1998 film, A Night at the Roxbury

In 2010 film, 'The Other Guys', Patrick Ferrell was featured as 'Precinct Detective #2', while his brother Will took one of the starring roles in the movie. You guys sense a pattern here? 'The Other Guys' sounds pretty much like the title says. Two guys take the opportunity to step up as the city's top law enforcements officers [whom they idolize], but things take quite a different turn as one could expect! It's most definitely another comedic film that is a Ferrell favorite!

3. Patrick Ferrell has an outstanding net worth

4. He was in SNL following in his brother's footsteps

If you know anything about Will Ferrell, you know that part of what made his big break in Hollywood was starring on Saturday Night Live. Well, as one could've guessed from the already apparent pattern, Patrick Ferrell went on to do just the same. He was featured in several minor character roles on Saturday Night Live from 1996 to 1999. Those were his last couple of roles before he jumped right into the making of 'Elf' in 2003.

5. He's still acting, but is quiet

Patrick Ferrell has been relatively quiet in the showbiz industry, his last role being a 'Club Bouncer' in the 2016 film, "Ritchual". His brother, Will Ferrell, has been very active in a couple of films due to be released in 2018, but Patrick is definitely keeping out of the public eye for now.