What is a soulmate? 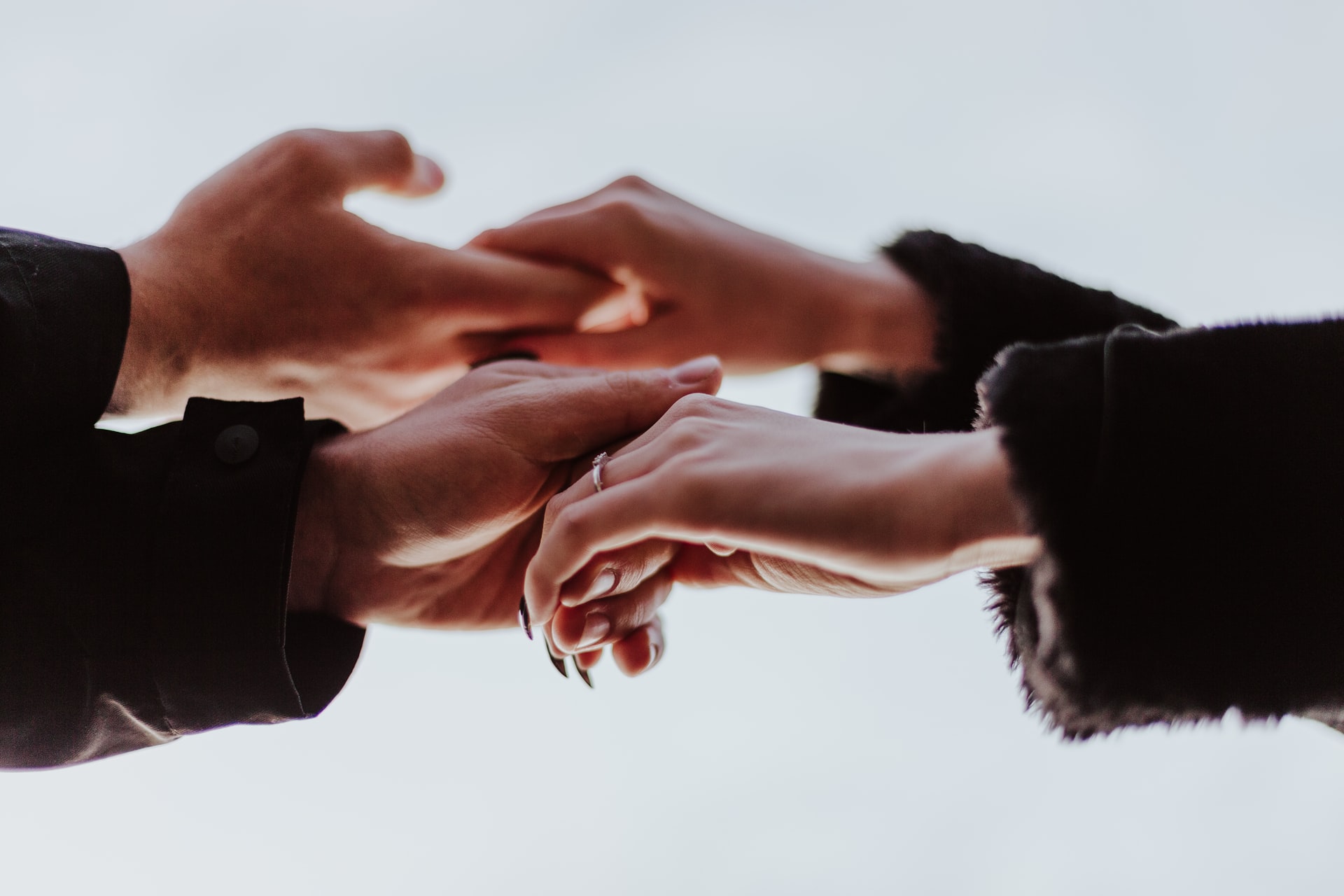 The population of this world is 7 billion. It's rare to find people you connect with on a deeper level with a huge number like that. A soulmate is just that, a person you feel a strong connection with. Most of the time, a soulmate is misunderstood to be a romantic partner. In reality, the relation you share with them isn't a defined one – they could be your best friend, your sibling, a platonic friend, and they can be your lover as well.

It is a popular misconception that there is only one soul mate per person in the world. One person may find multiple soul mates in different relations, so never lose hope and keep a lookout for people who match the criteria. 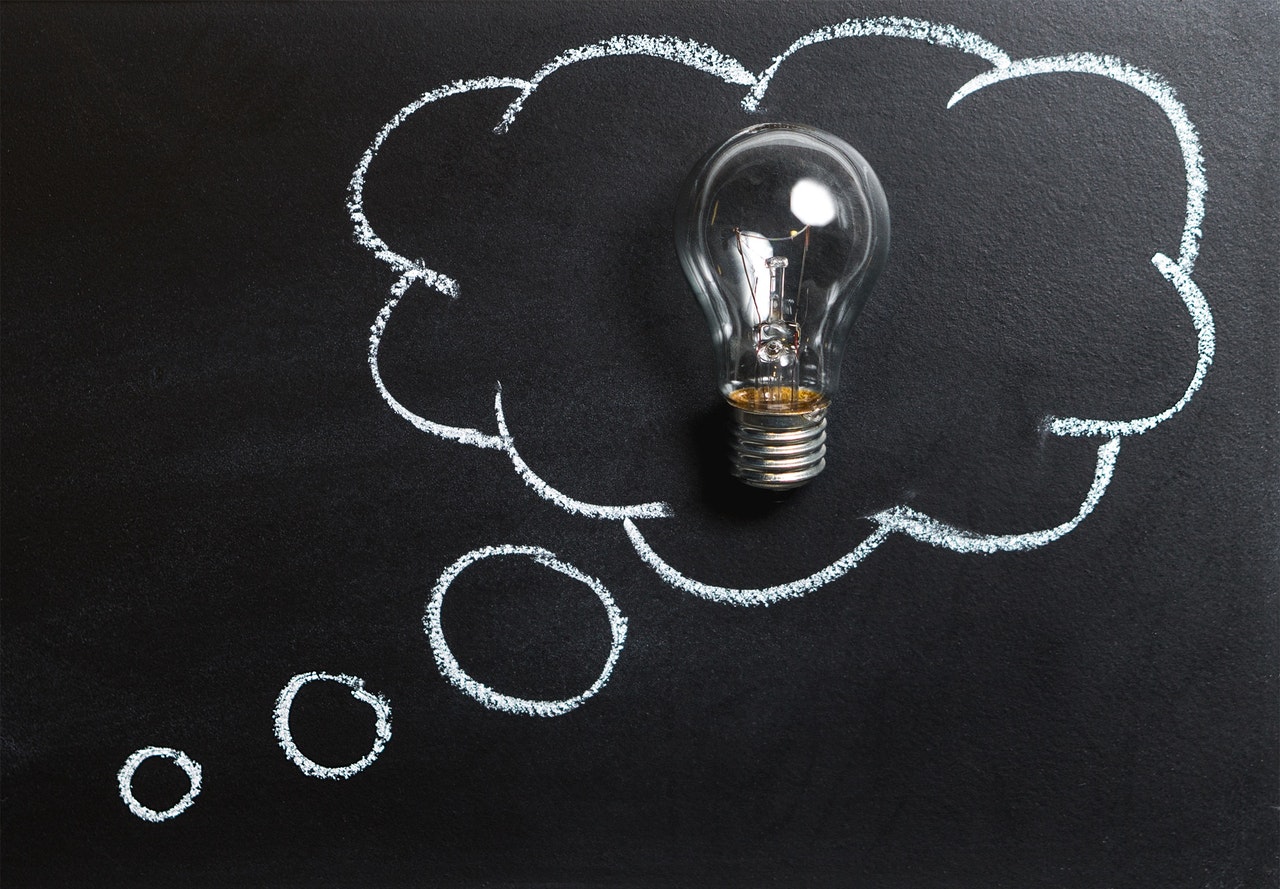 The New American Oxford describes a soulmate as "a person ideally suited to another as a close friend or romantic partner." This holds the crux of a connection of soulmates. In short, if soulmate means a person with who you feel a natural bond – they exist. If you just look back at the people you've met, there has to be one with whom the relation just took off right from the first meeting.

Can one have a different soulmate?

It's a myth that soulmates get along all the time. You can have different opinions, come from different backgrounds, and even have quite a lot of arguments, and still manage to feel the strong underlying connection. The answer is, yes, one can have a soulmate that's very different from them.

What is a soulmate connection?

If you still can't wrap your head around the idea of a soul mate, let me make it easier for you. Have you ever experienced that instinctive connection with someone you hardly knew? That feeling in your gut that you should get to know this person? And knowing that they are going to be a significant part of your life? If you have, then you know what I am talking about. This is what a soulmate connection is. Examples of such connections are seen between Cate Blanchett and Rooney Mara in ‘Carol’, or between the leads of ‘The Notebook’ and ‘A Walk to Remember’.

How do you know if you have made a soulmate connection?

One thing that confuses many people is how can they know if what they're feeling is a mere attraction or a soulmate connection? While it may seem hard to differentiate at first, know that it will carry more weight than a liking based on carnal desires and will stay the same even after your drinks wear off. If you're at a bar partying on a day off, it is understandable that under the influence, a really good-looking individual might seem like the soul mate that you've been waiting for but don't pass your final verdict just yet.

You might meet your soul mate at the book store, at a concert, on your way home, or you might just come to realize that they've been around you all along. You should keep in mind that don't limit your search of a soulmate connection to romantic relationships; who knows, maybe you'll find it in a friend, a teacher, a pet, a cousin, or might even be a sibling. While Hollywood has given the word a romantic notion, it isn't inherent to the word itself.

How can soulmates recognize each other?

Now that you know what a soulmate is, or might be, here are a few ways to recognize them and act on it before it's too late.

1. The company is peaceful 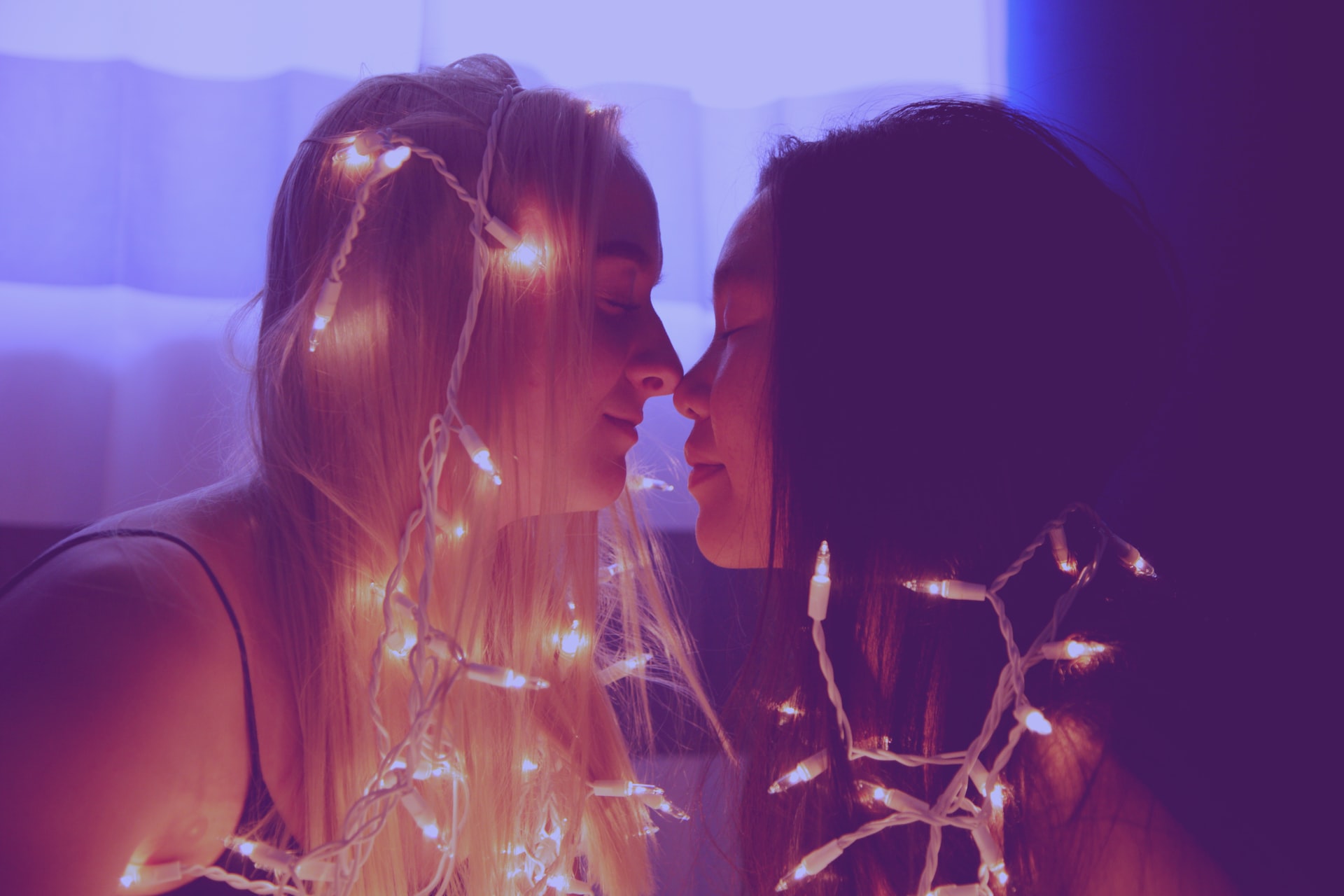 The first indication that the next person might be your soulmate is that their company will be worthwhile. While there are many people whose company you enjoy, this peace will be on a much higher level. You'll feel more comfortable in your skin, and there won't be any formalities between you guys. You won't end up being the listener or just the speaker in a conversation. You'll have meaningful conversations that revolve around mutual respect and understanding.

Once you leave their company, you'll think about it and won't be able to wait till your next encounter. They're going to have the kind of presence you just can't shake off.

2. There is a feeling of mutual trust 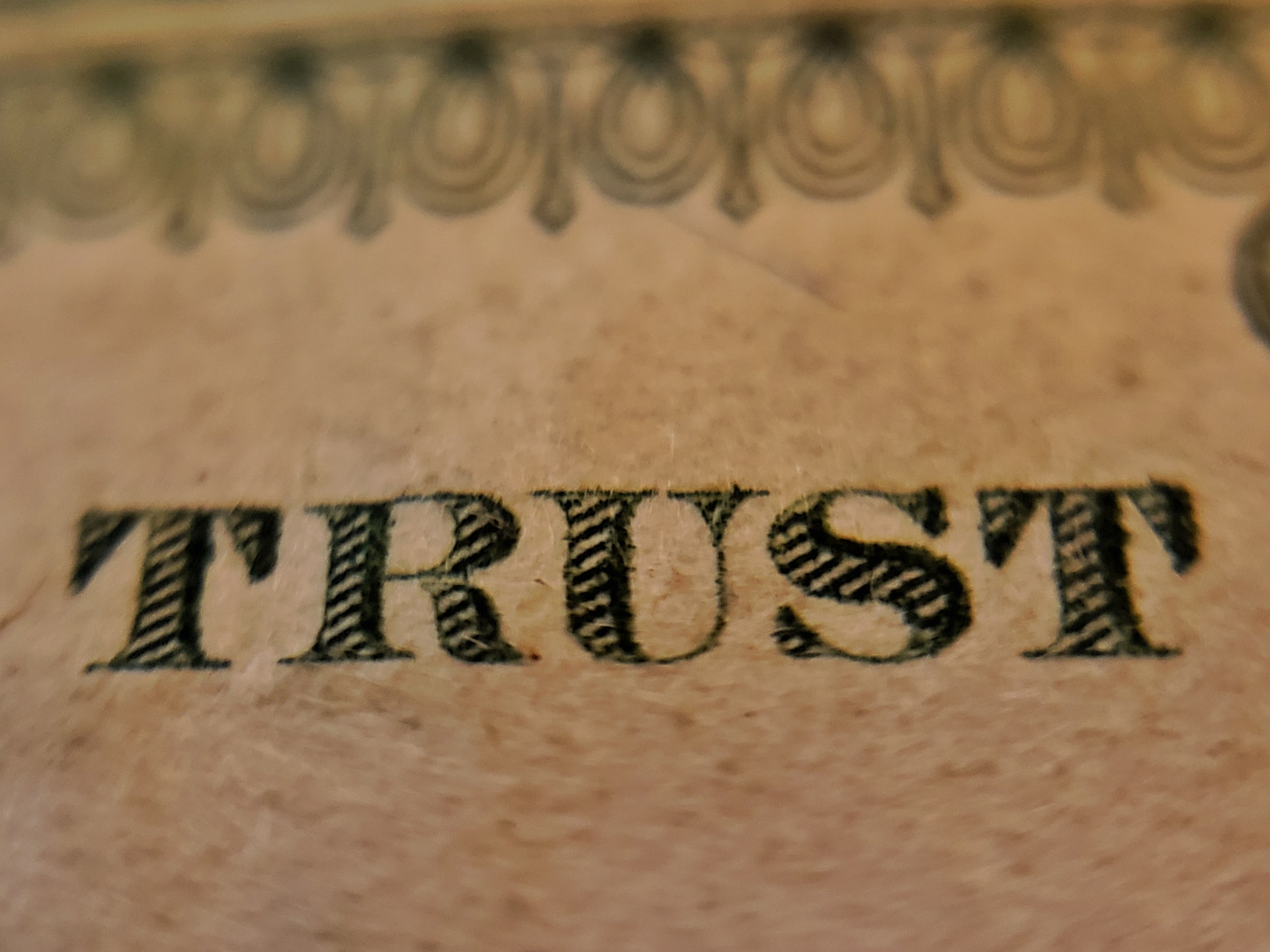 Another indication that they might be your soulmate is that you'll trust each other instinctively. Ever met a stranger you ended up telling everything in your first encounter, knowing in your heart that your secret's safe with them? Well, if you have, congratulations, you just might have found your soulmate for life.

Contrary to other relationships that you might have, you'll feel more at peace with this person and talk to them about anything. They'll know your deepest darkest secrets and still stick around.

3. They balance each other out 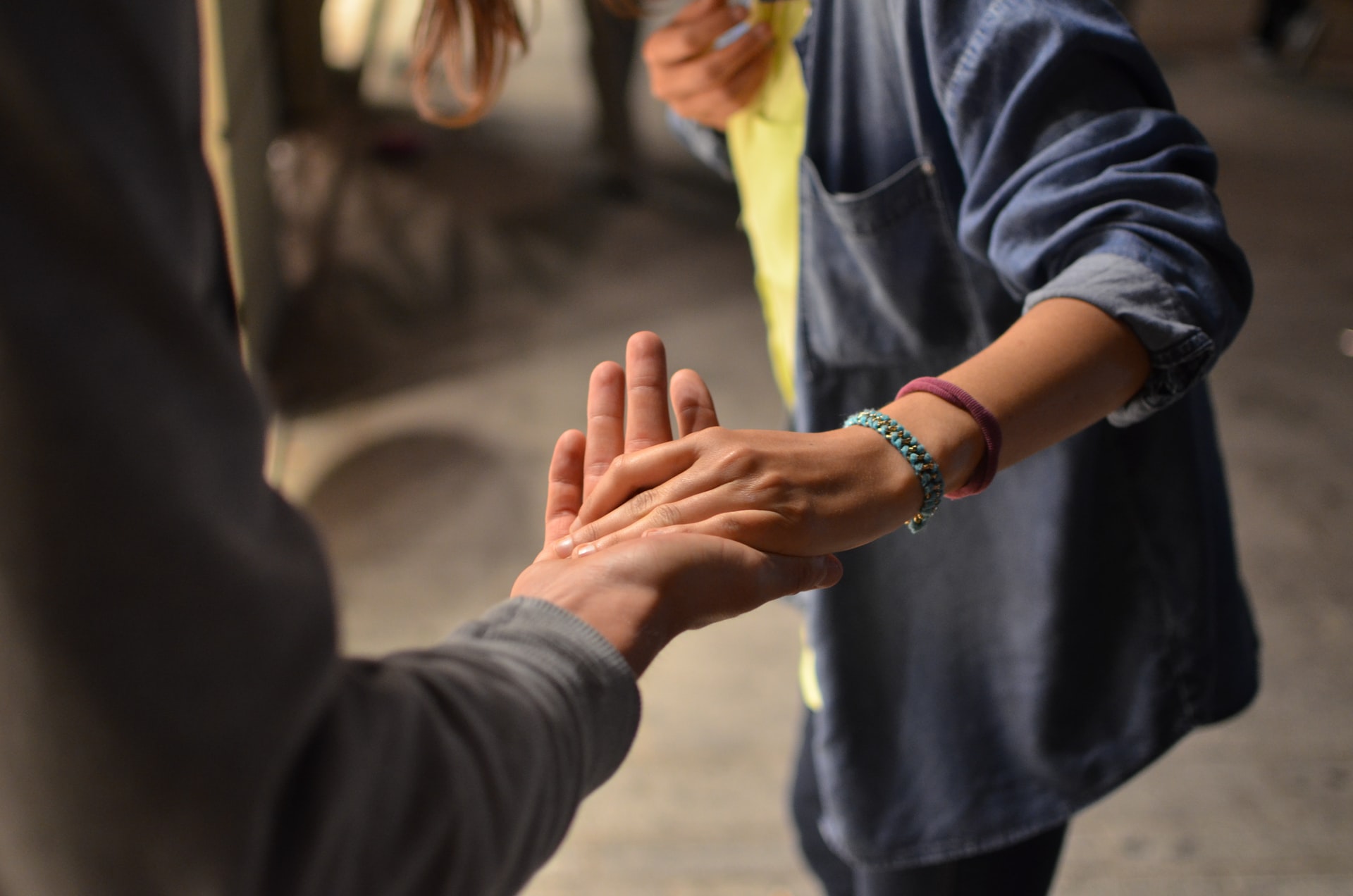 One thing that you should wrap your head around is that just because someone is a soul mate, that doesn't mean that you guys are going to be the same—being like each other isn't a necessity for being a soul mate.

Real soulmates accept each other's differences and balance each other out. They complement each other's personality and add to it. Your soul mate doesn't need to be an extension of yourself; they need to be open enough to adore you for who you are.

4. They understand the feelings that are hard to express 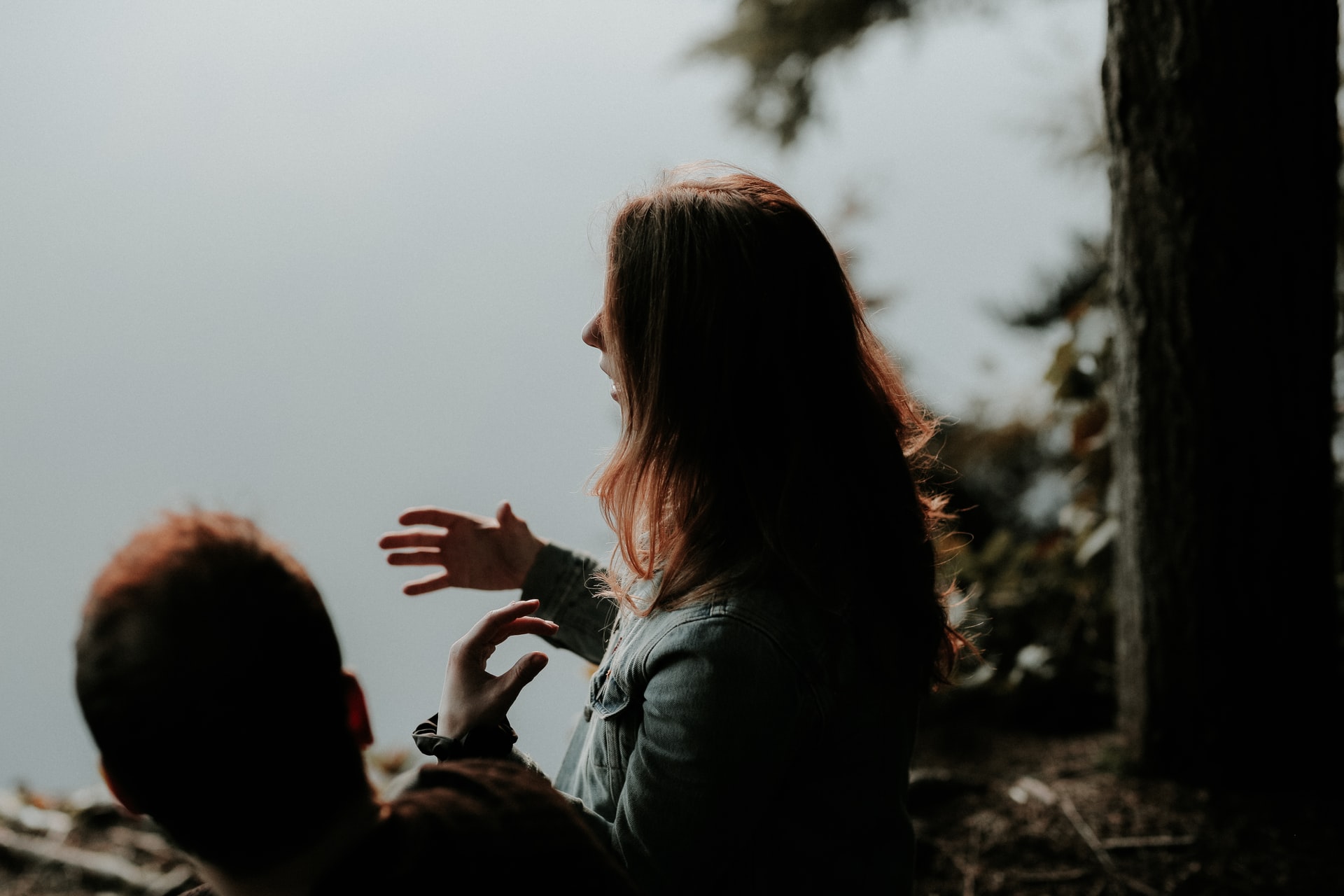 Soulmates have a connection that is not limited to words. If you have a similar connection to someone, don't let them go. Soulmates understand feelings that are hard to express. They know what's bothering you, even before you know it.

However, know that this might not be the first thing that you realize. This kind of connection develops with time. 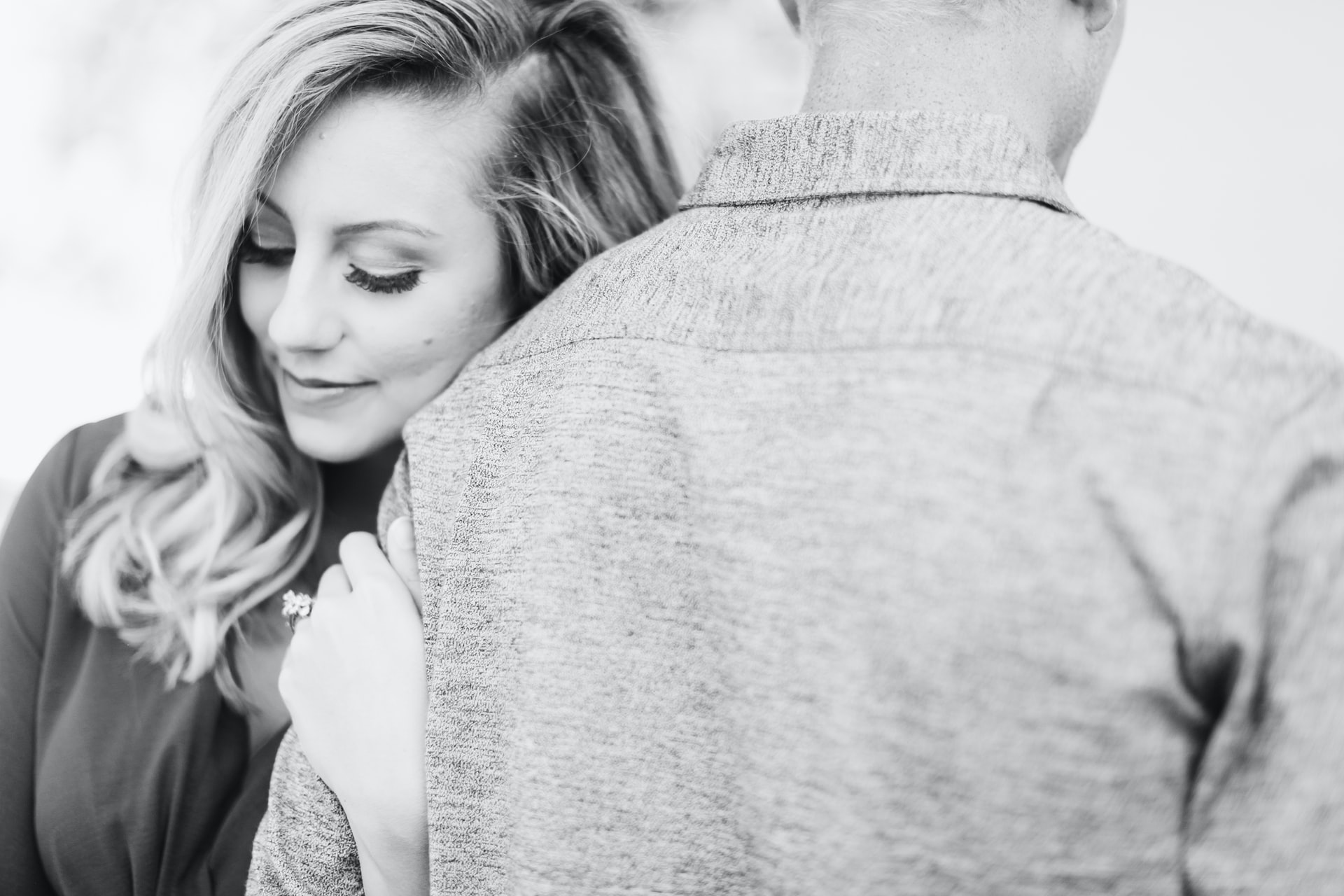 Another thing you have with your soul mate is physical understanding. Whether it's a hug from a friend or a night filled with romance, a soulmate will know, and they'll deliver. If a romantic partner turns out to be your soul mate, you'll realize that being with them is the best thing you could ever wish for. They'll know when to hold your hand, when to give a perfect hug and what you'll like in bed. This is integral for a soul mate as physical presence and understanding are essential for any relationship.

6. You have similar future plans 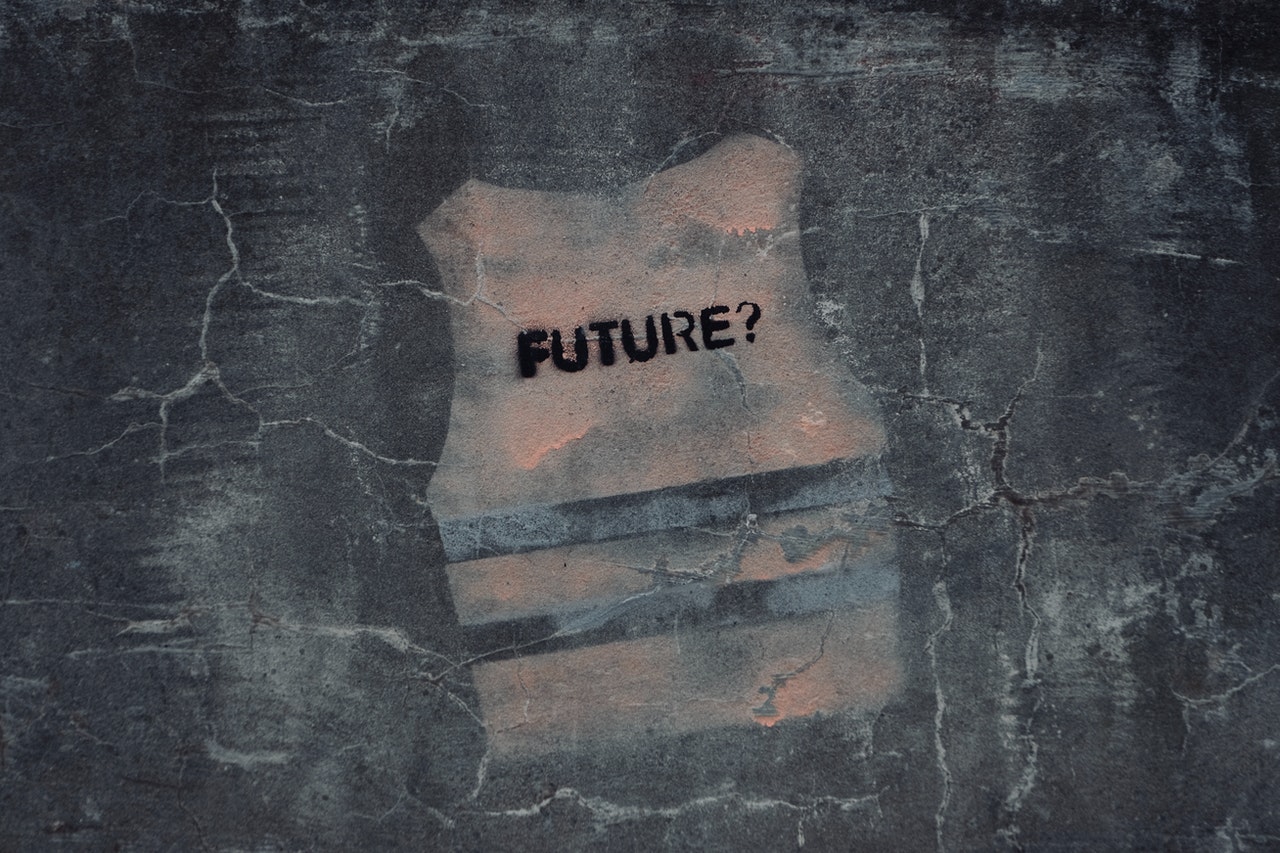 Another way to tell if the next person is your soulmate is that you guys will have a similar plan for the future. That doesn't mean that every aspect will be similar, for example, both of you might not believe in marriage, or maybe you might, you might plan to have children down the lane. Now, while these intentions may be similar, it doesn't mean that they'll be the same. Just try to make sure that you talk about these things before things get serious.

7. You help each other 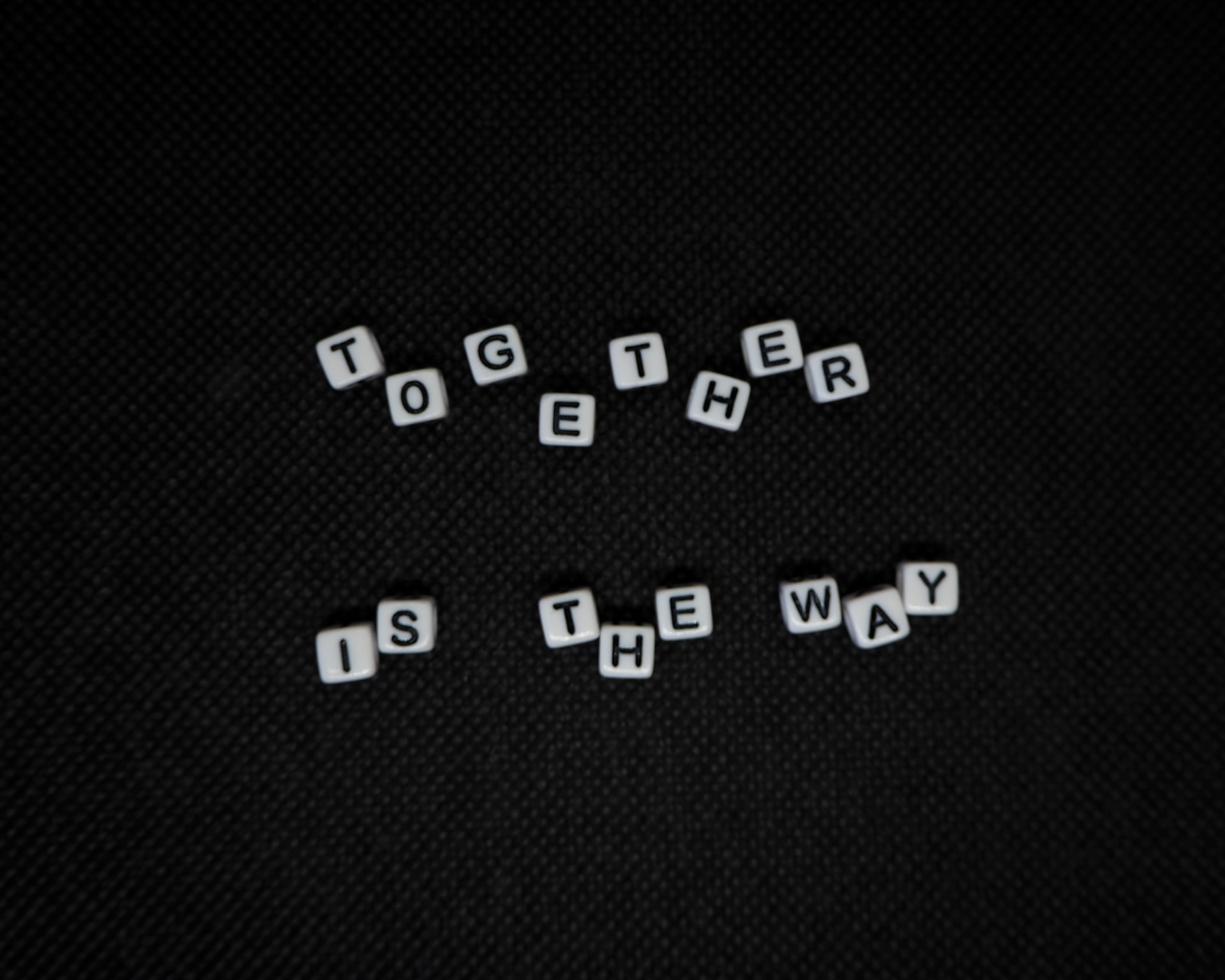 I've seen relationships in which people think they've found their soul mates, but their lives remain stagnant. A true soul mate helps their partner grow and learn. They do so in a positive manner. They are kind and compassionate and make things easier for you so you can grow as a person and in your personal, academic, and professional life. They clear the way of any hurdles and make sure that they are there if things ever take a wrong turn. 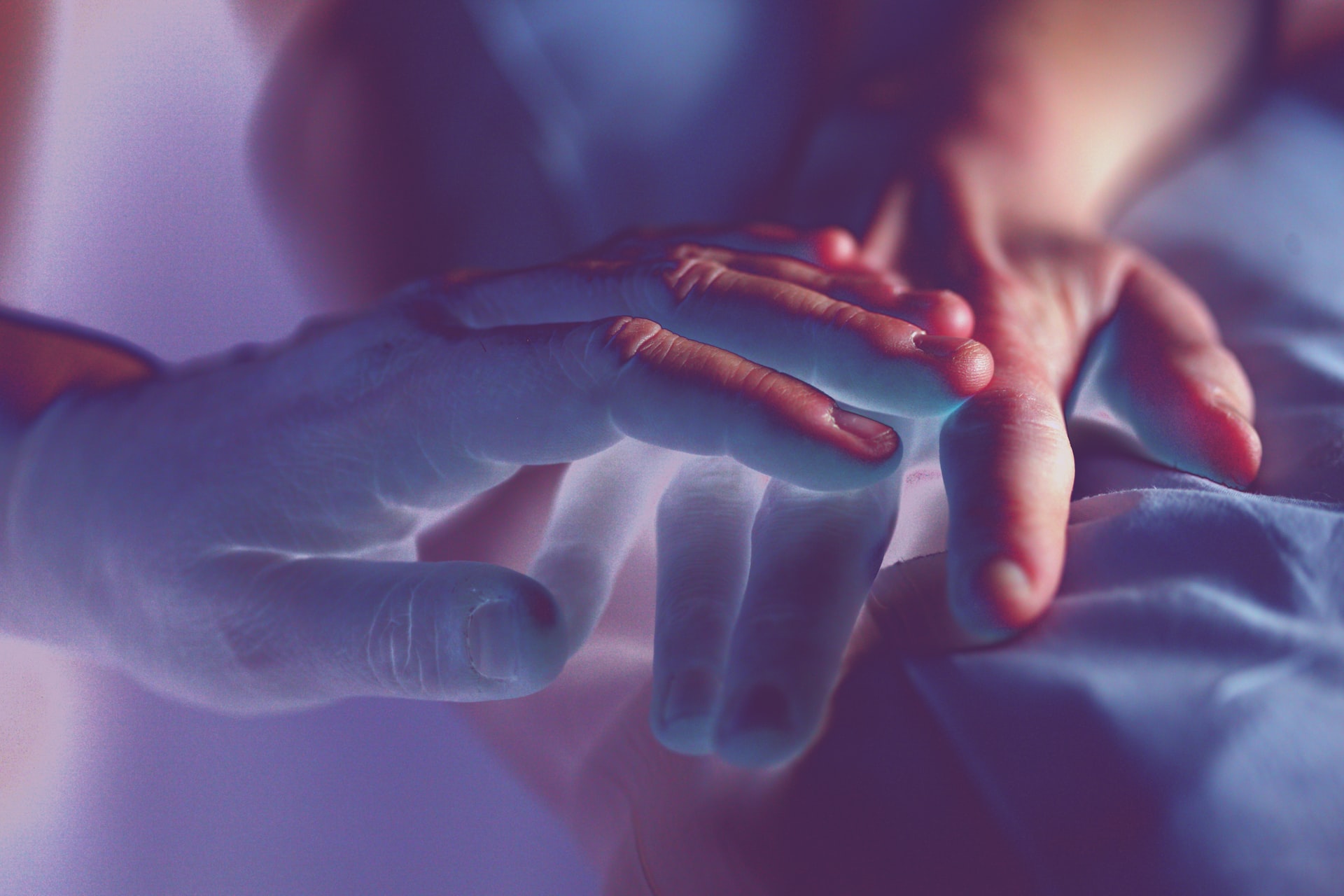 Now that you know how to figure out who your soulmate is, all you have to do is keep the checklist in mind and start observing. Know that soul mate are people too, and they require the same kind of energy from you as you do from them. Know that a relationship always works when both people are ready to give it their best.

One thing that you should keep in mind is that while some attributes of your soul mate might change, love, care, compassion, and commitment will always be there. While there are many good people out there, know that there are people who might disguise themselves as such to take advantage of you. So, while being a romantic is adorable, just don't get yourself stuck in a situation with the popular Netflix show "YOU." Wouldn't want to get a poser on your hand now, would you? a