Pregnancy is a magical time, with a tiny life growing inside of you, but it is not without risks. There are several complications that may occur and truly turn this amazing time into a nightmare of fear and anxiety. In this article we’ll be discussing some of the most common pregnancy complications, explaining causes and consequences. When in doubt, go see your doctor sooner rather than later.

According to the Centers for Disease Control and Prevention, one in every six American women experience some sort of complication during pregnancy, and the number seems to be increasing due to the augmentation of existing health complications before pregnancy, such as hypertension and cardiovascular disease. And although the risk of dying from pregnancy complications is rather low (18 deaths for every 100.000 births in the USA, in 2014), some women are at higher risk than others, as these two pre-existing conditions, if not properly monitored during pregnancy, can be fatal for both mother and child. In fact, according to the CDC, cardiovascular diseases are the leading cause of pregnancy-related deaths, as you can see in the graph. 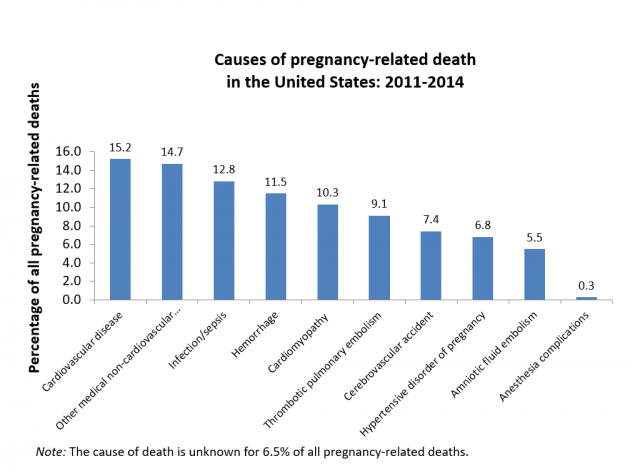 So, you have been told your pregnancy is high-risk, and that means you require special medical attention to help you have a healthy gestation and a healthy baby.  You might have known that being pregnant was risky for you due to a chronic condition you have, or you might have just found out as the issue has developed because of your pregnancy. You will need more frequent prenatal appointments and more tests, and the birthing itself will need to take place at an hospital where you and the baby will be closely monitored and specialized care is available during labor and afterwards.
Luckily, most pregnancy-related complications are not life-threatening, though having a high-risk pregnancy still means that you or your child have higher chances of developing health problems during the course of your pregnancy.  You might have had problem on a previous pregnancy, gestational diabetes, or a premature baby, for example, so you are likely to be considered at risk the next time you are pregnant. Doctors consider that women under the age of 18 and over the age of 35 are more at risk of developing problems during pregnancy. 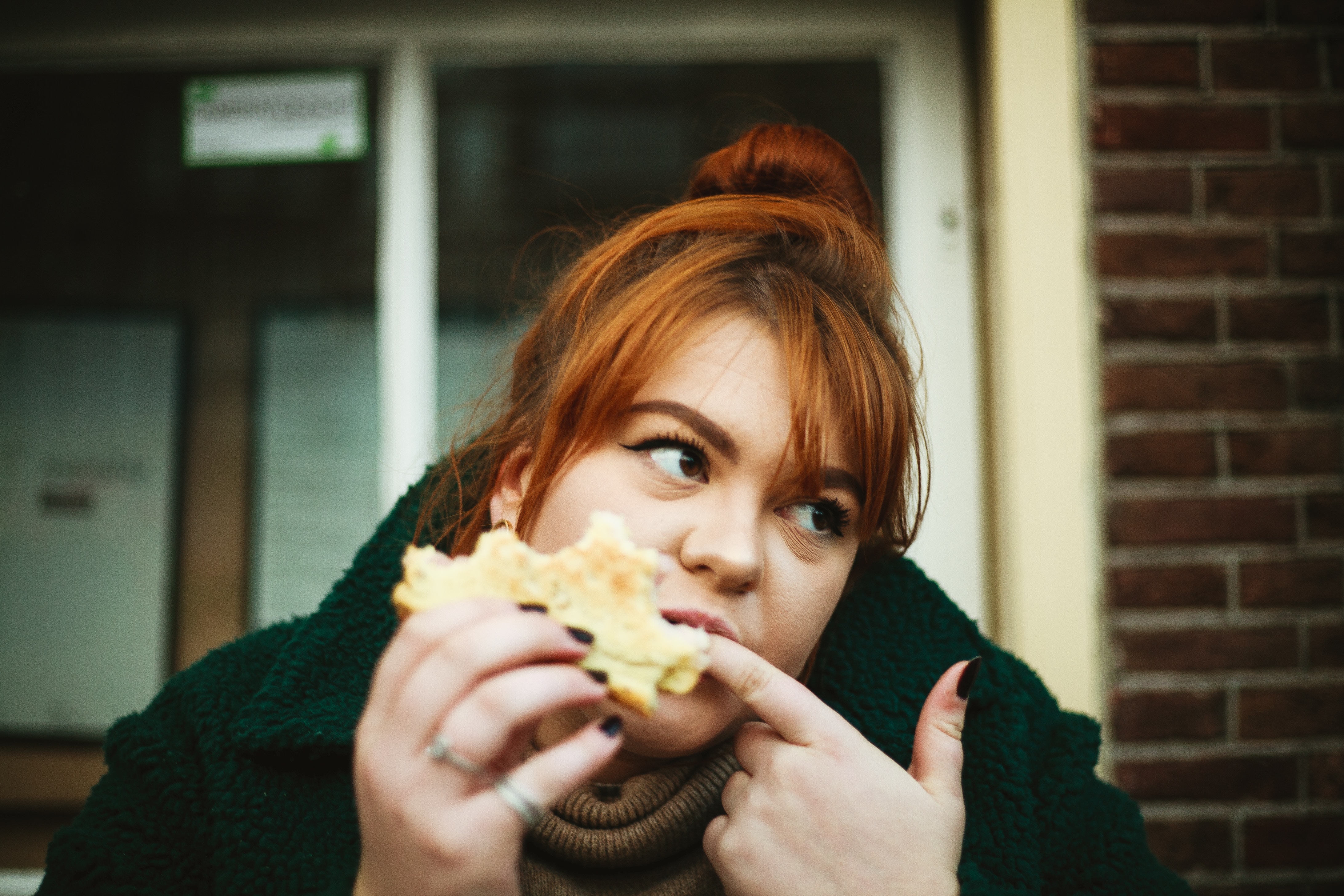 Smoking while you are pregnant can cause complications for your child, namely prematurity and being born smaller than normal.

Using illegal and prescription drugs will cause your baby to be born prematurely, with a low weight and suffer from withdrawal symptoms, and increase the risk of having birth defects.
Alcohol abuse during pregnancy increases the risk of a stillbirth and fetal alcohol spectrum disorder (FASD). This disorder may cause abnormal appearance, short height and low body weight, poor coordination, low intelligence and behavior problems as well as problems with seeing and hearing. Statistics point to a 4,7% rate of alcoholic pregnant women in the United States and an average of 2%-5% of births exhibiting FASD. 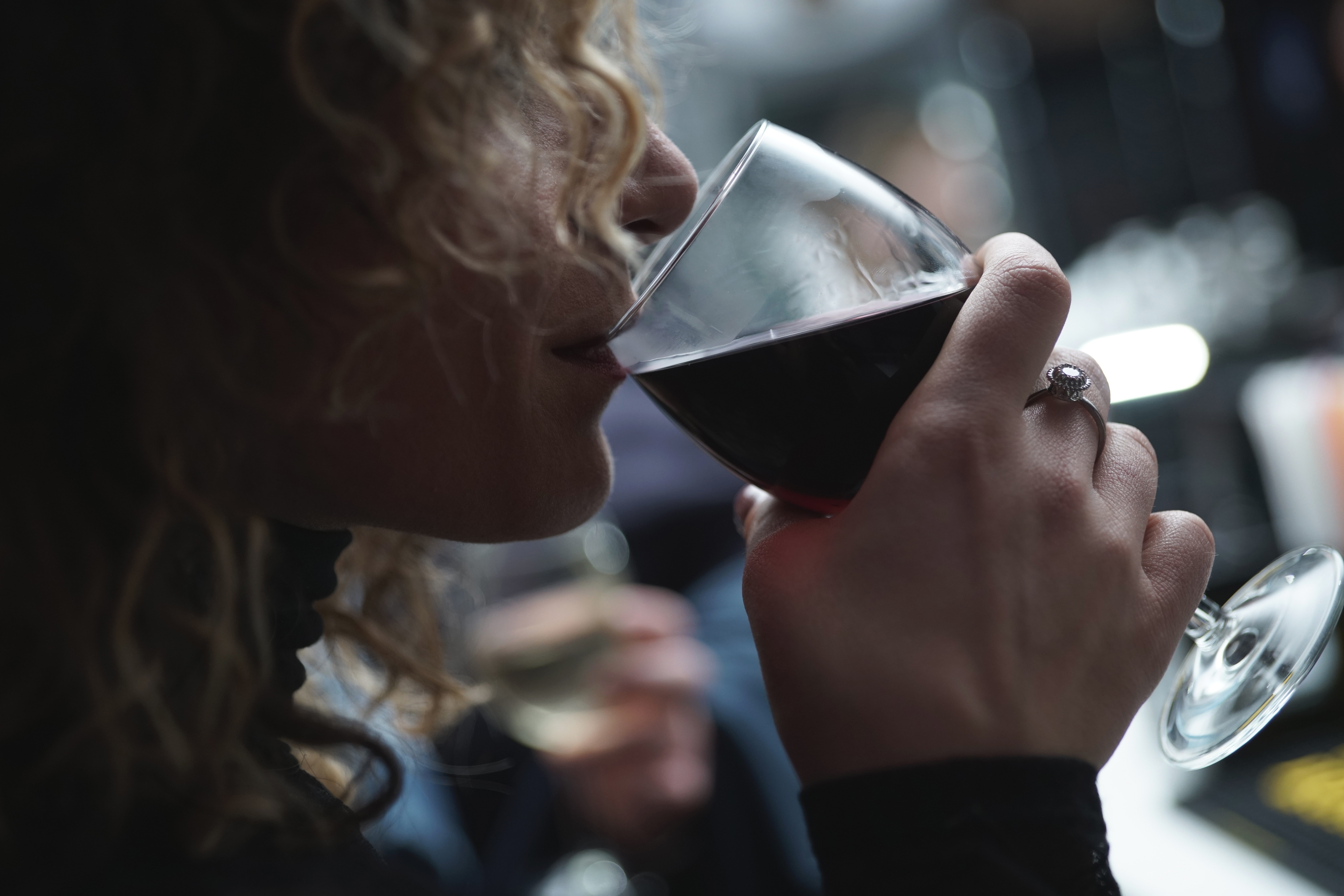 Multiple pregnancies, more and more common these days due to fertility treatments, are also considered a high-risk pregnancy. Multiple babies cause a multiplication of the strain a gestation puts on your body, so you will need to be extra careful. Your babies are also more likely to be smaller and premature, especially when you are dealing with triplets and quadruplets.

Apart from these factors, there are still several pre-existing health conditions that may affect your pregnancy, including Blood Disorders, such as chromic anemia; Chronic Kidney Disease; Autoimmune Diseases, like lupus or rheumatoid arthritis, Thyroid diseases; Diabetes Type I and II, and HIV or AIDS.

These conditions can become significantly worse and negatively affect the outcome of your pregnancy. Be sure to discuss these conditions with your attending doctor before considering getting pregnant, so as to improve your chances of a successful, and healthier pregnancy. 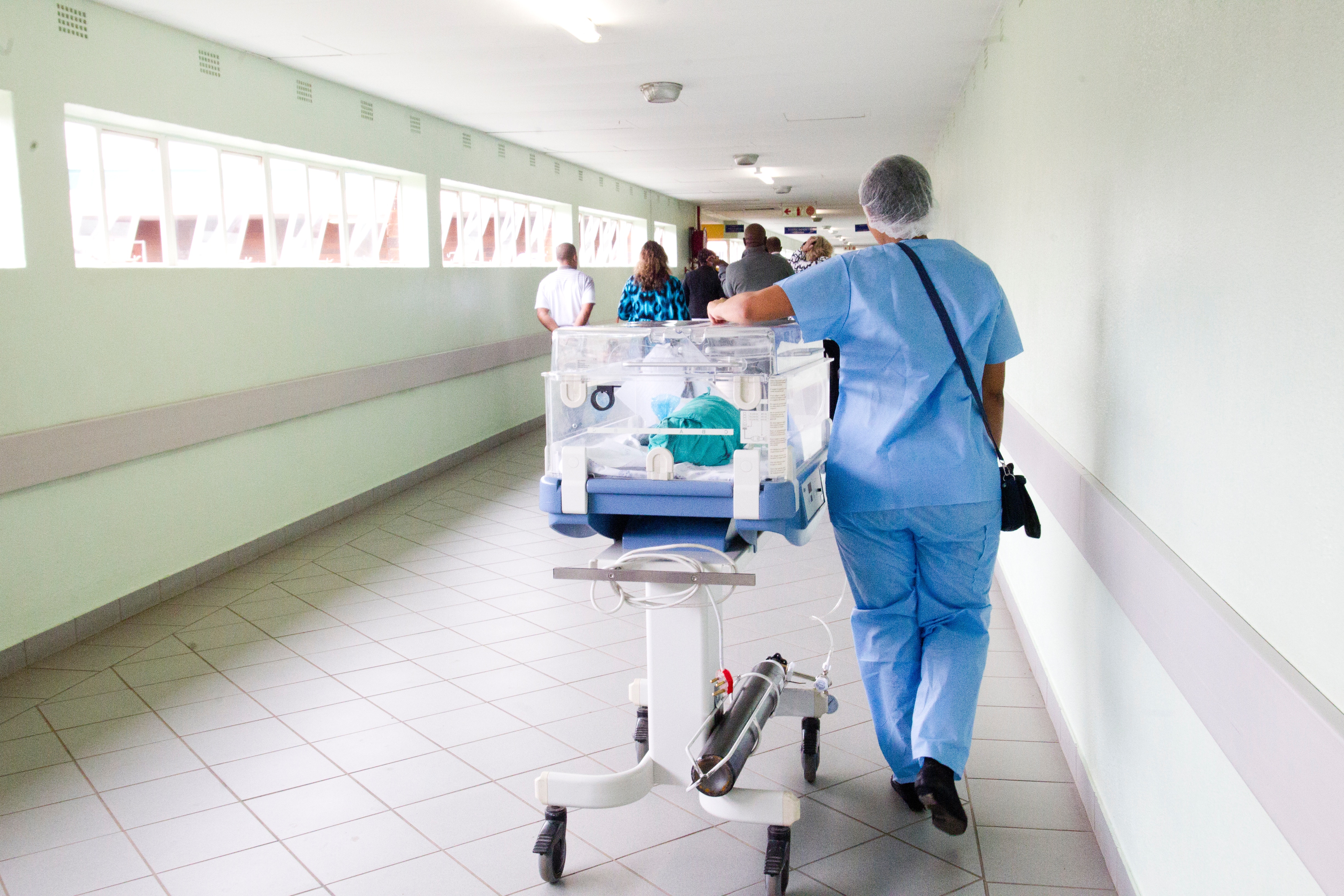 If you feel more tired and weak than normal during a pregnancy, your skin looks pale, and you feel faint and with shortness of breath, you might have anemia. This condition, affecting 50% of all pregnant women, means that your number of healthy red blood cells is lower than normal, and this can be tested by a simple blood test. If your doctor finds you require more iron, you should increase your intake of iron rich foods, such as red meats, fish, and poultry, and take prescribed iron and folic acid supplements.

This is a rather common condition, as 20% of all pregnancies end in miscarriage. It often occurs before the women knows she is pregnant, but it can occur any time before week 20th. Miscarriage accounts for the fact that the pregnancy is lost due to natural causes, and in most cases cannot be prevented. If you experience vaginal bleeding or spotting, cramping or abdominal pain and notice fluid or tissue passing from the vagina, contact your doctor right away. 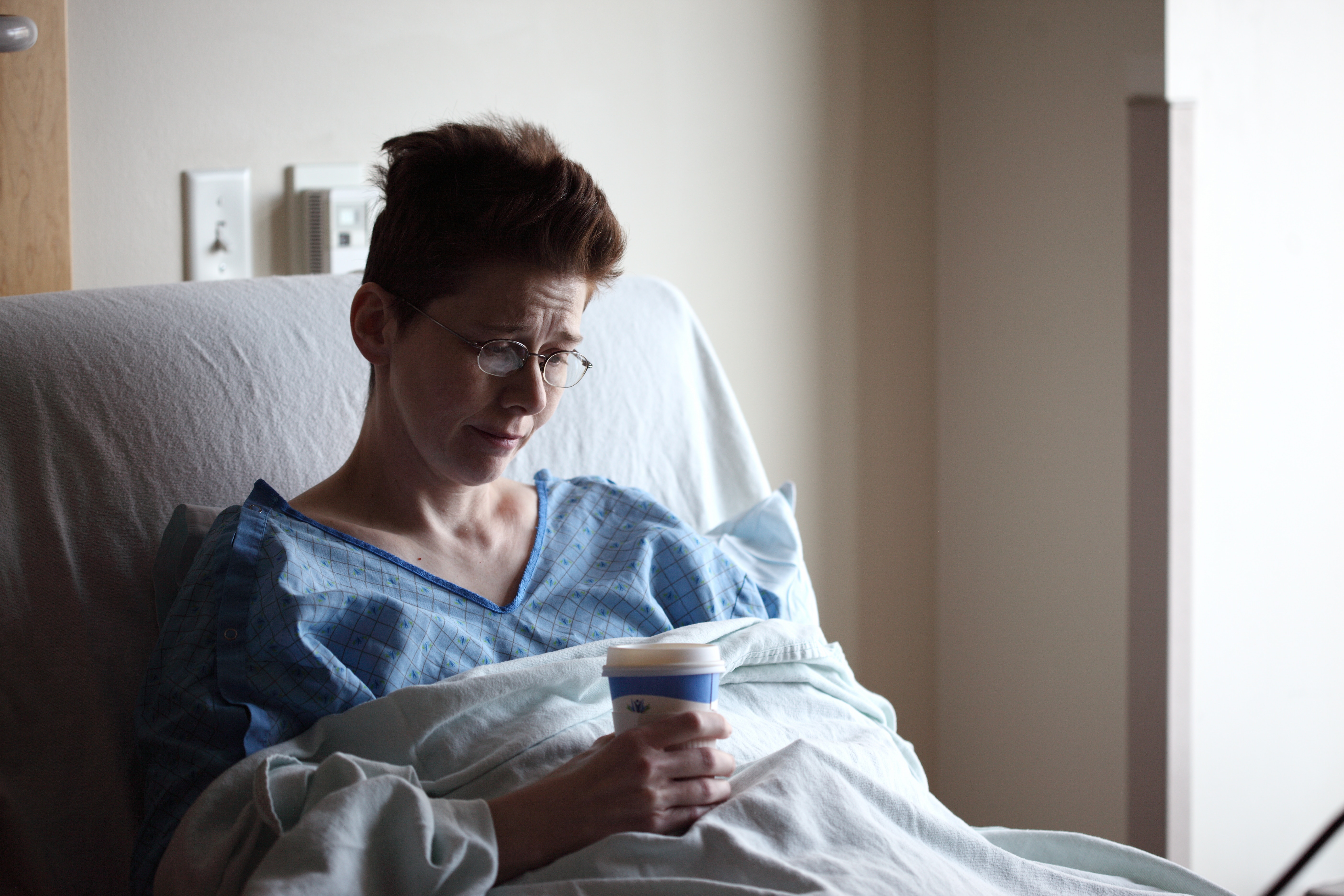 This is a form of diabetes that develops during pregnancy and may cause as much harm as Type I and II diabetes if not carefully monitored, namely premature birth, and exagerated baby growth. In the initial stages of pregnancy, you will be asked to do a blood test to determine if you have gestational diabetes or not, and in the affirmative case, you will be given a dietary plan to follow throughout your pregnancy and insulin if necessary.

Untreated depression and some anti-depressive medication are linked with risks for the child. A mother struggling with depression will find that pregnancy and becoming a mother can increase the risks of worsening the condition or even trigger new episodes. Always discuss the topic with your doctor before becoming pregnant and before deciding to stop or change medication. 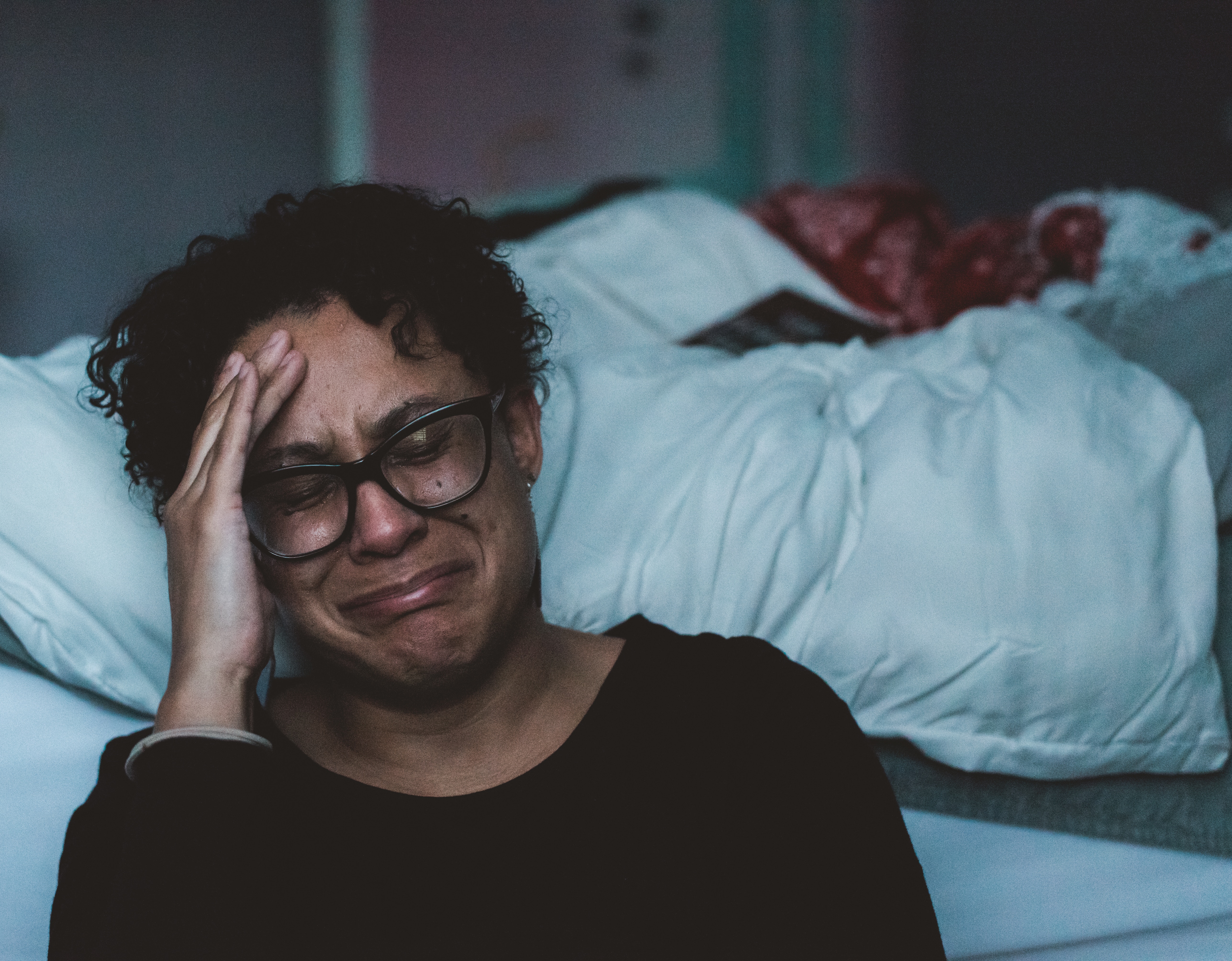 This condition usually occurs at the first trimester and usually goes away by week 20th, however, there are women who experience this severe and persistent nausea accompanied by vomiting during the entire gestational period. Having a slight “morning sickness” is quite normal, but if you are experiencing nausea that does not go away, vomiting several times a day, your appetite is reduced and you feel faint all the time, you might have hyperemesis gravidarum (roughly translates as pregnancy over-vomiting). Weight loss and dehydration are usual consequences and may endanger your health and the baby’s. The first line of treatment is ingesting dry, bland foods, such as crackers, and drink plenty of fluids (water and herbal tea, for example). Your doctor may prescribe medicines to help with nausea, but in severe cases, women with this condition have to be hospitalized and have fluids and nutrients intravenously.

It occurs when a fecundated egg fails to leave the fallopian tube, implanting outside of the uterus. With an ectopic pregnancy, you experience the same symptoms as you would in the early stages of a normal pregnancy, namely, breast soreness, nausea, fatigue and missing period. However, in case of a rupture, you’ll experience sudden and acute symptoms, such as, severe abdominal pain, vaginal bleeding, shoulder pain, dizziness, weakness and clamminess. This is an extremely serious obstetric emergency, so go to the hospital right away if you experience any of these symptoms, as waiting may prove fatal. The first ultrasound, at around 4-6 weeks, should help determine if the pregnancy is uterine or ectopic, and that being the case, your doctor will prescribe the proper treatment according to the stage of development. 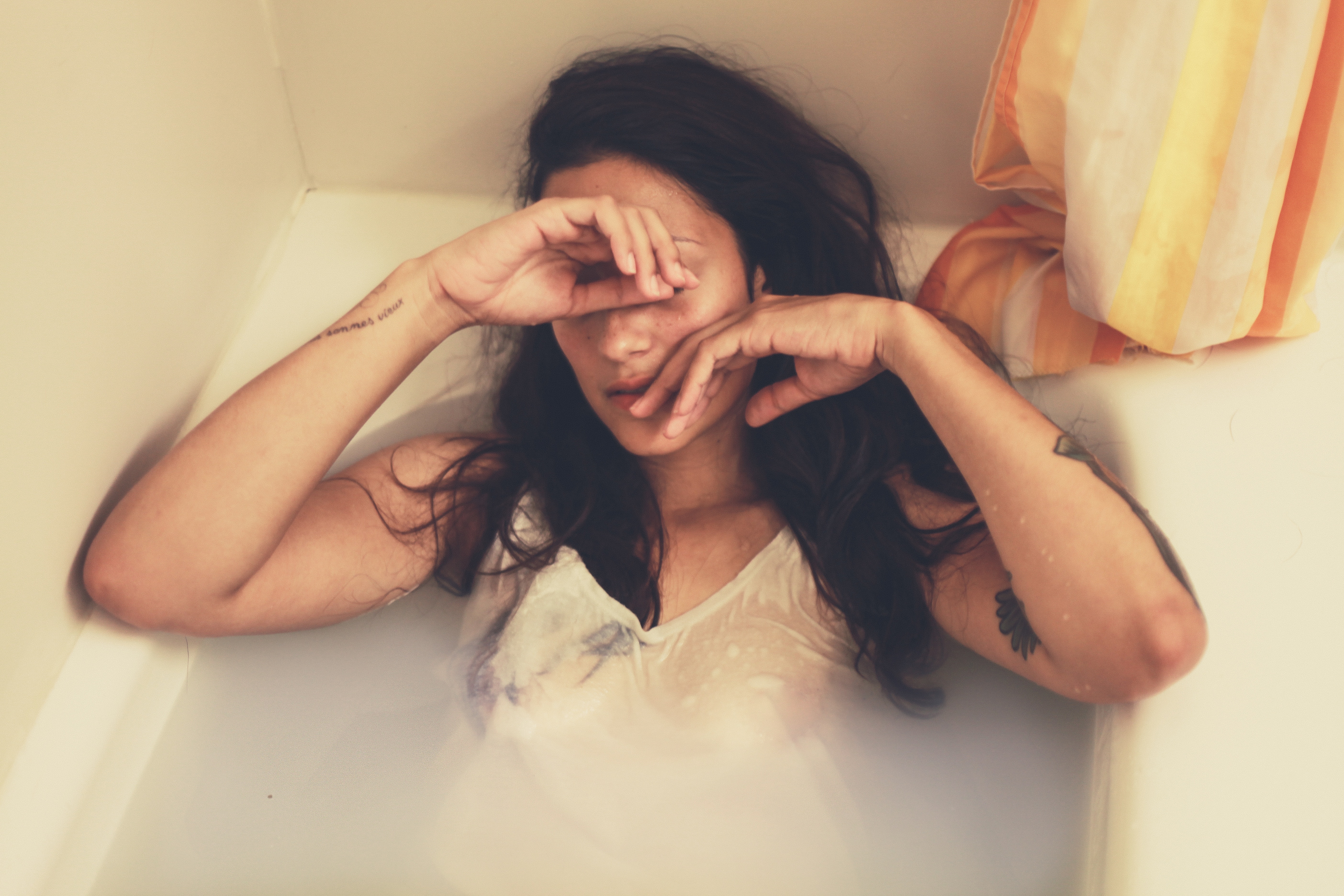 
Preeclampsia, which affects 4% of pregnancies in the United States, is blood pressure that is far higher than normal (more or equal to 140/90 mmHg) on two occasions at least 4 hours apart, or readings equal or above 160/110 mmHg in a woman with previously normal blood pressure (equal or less than 120/80 mmHg). It causes arteries to harden, decrease in blood flow, and hardening of the blood vessels in the placenta, making it difficult for normal blood flow to reach the fetus, leading to impaired growth and, if severe, fetal demise. If preeclampsia is persistent and goes untreated it can lead to heart attack, heart failure, 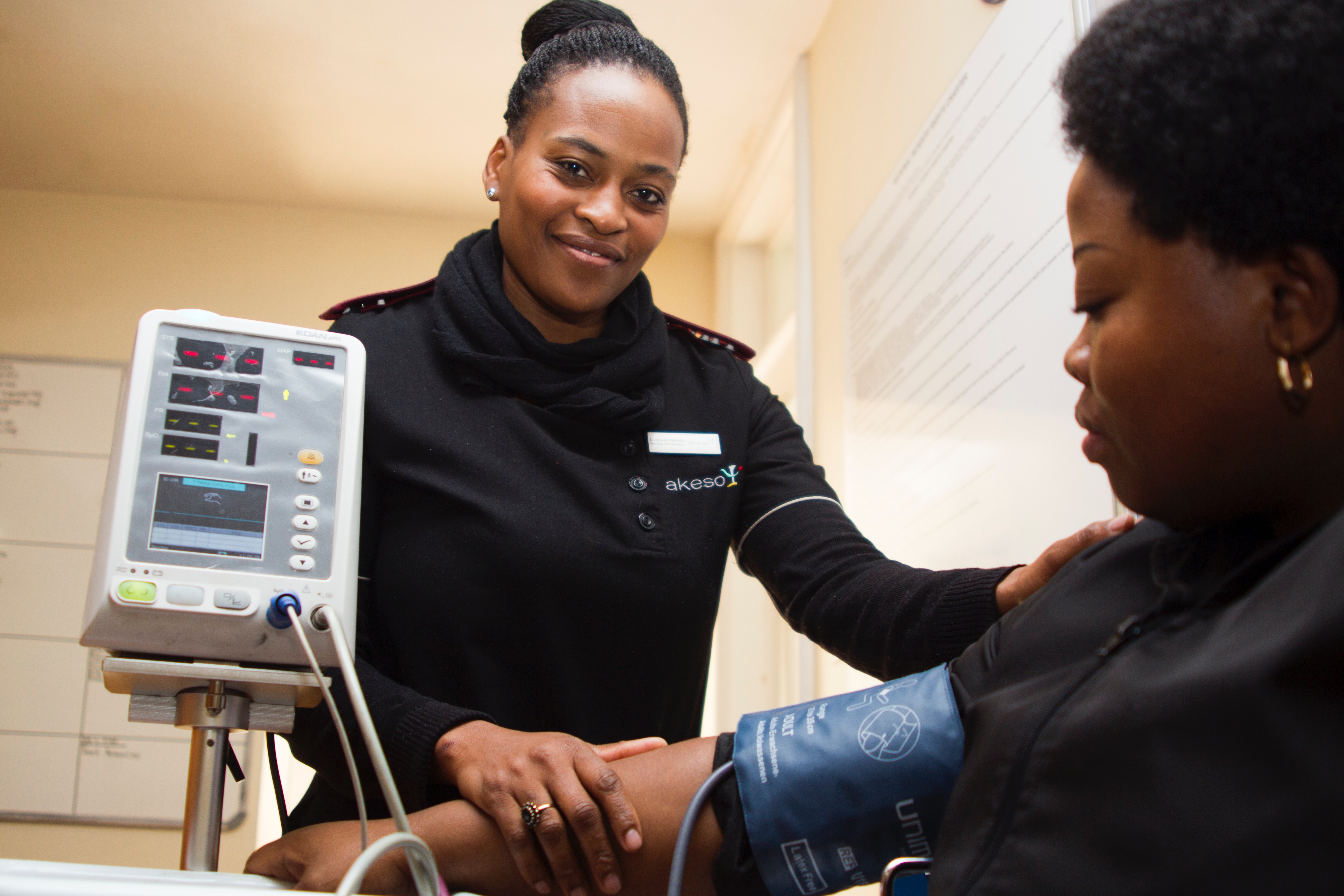 This is another complication associated with high blood pressure. The placenta separates from the wall of the uterus before delivery, and consequently the fetus doesn’t get enough oxygen. The fact that the mother has hypertension causes stress to the blood vessels of the placenta, making it come apart from the wall of the uterus where it is attached. This is usually accompanied by vaginal bleeding, cramping, abdominal pain and tenderness in the uterus. When the abruption is not severe, bed rest for a few days or through the rest of the pregnancy is advisable, but in severe cases, when more than half of the placenta separates, immediate action is required and the baby’s delivery is mandatory, despite its prematurity.

This means your placenta covers the opening of the cervix inside the uterus partially or totally. As a result, you may experience painless vaginal bleeding during 2nd and 3rd trimesters. If the bleeding is light or non-existent, you will be required to reduce your level of activity and increase bed rest. If bleeding is heavy, you will need to be hospitalized to stop the bleeding and to make sure both mother and baby are stable. If bleeding stops you will be put on bed rest until the baby is ready for deliver. If bleeding doesn’t stop the baby will be delivered prematurely by cesarean section. 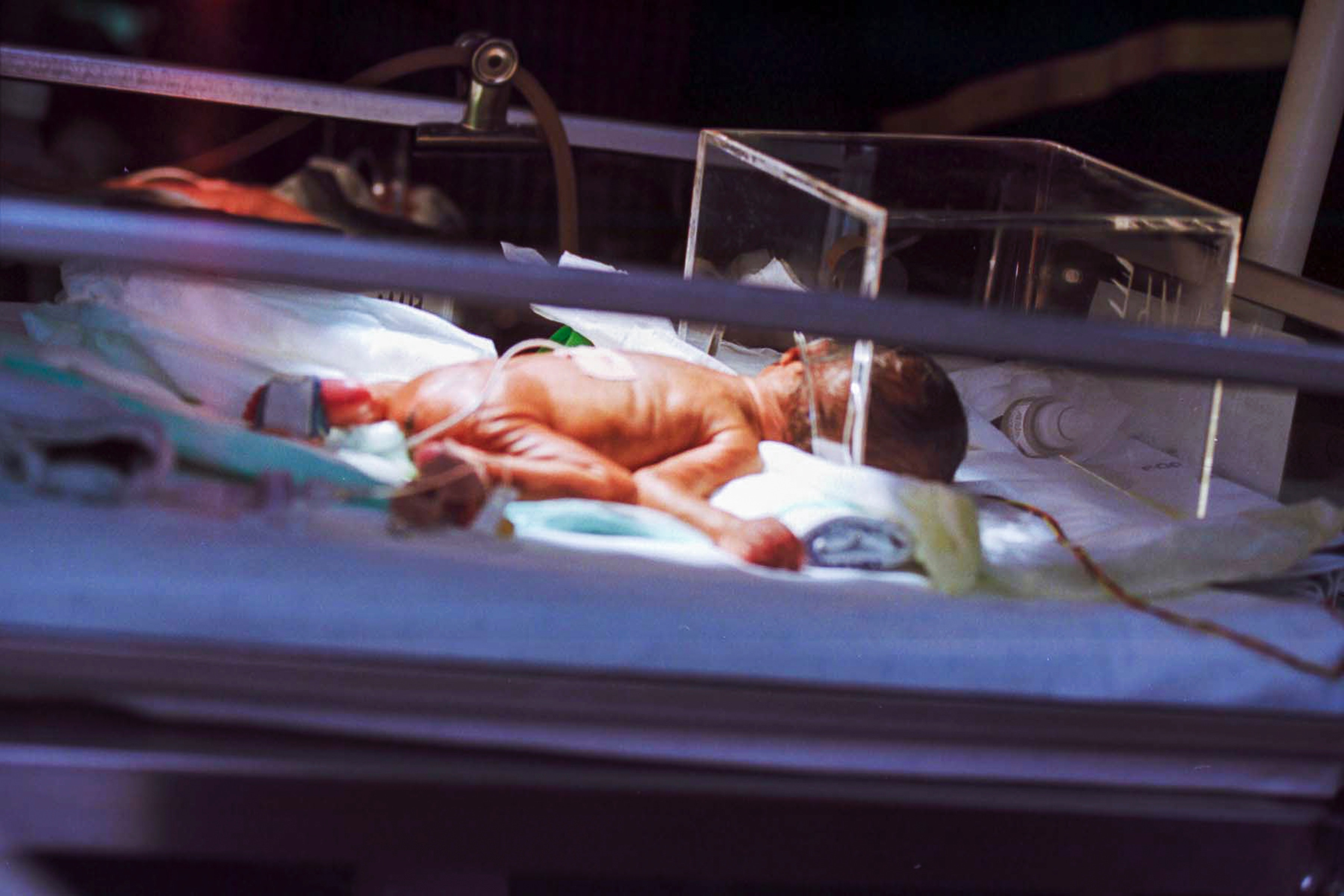 If you go into labor before week 37th of pregnancy you are preterm. You will experience increased vaginal discharge, pelvic pressure and cramping, backpain going all the way to the abdomen and contractions. If this happens very early, doctors will give you medicine to stop labor from progressing and you will be put on bed rest until such time as delivery can be made safely for the baby. The baby’s lungs aren’t fully formed until week 37th, so doctors may prescribe steroids to rush this procedure and allow for early delivery.

About 3% of all births will present a birth defect. Some of these defects are detectable by ultrasound or by genetic testing before birth, others are likely to go undetected, or are even a result of some complication during gestation, such as gestational diabetes, or labor. If your doctor suspects the presence of a birth defect, you will be tested and followed more closely during pregnancy. You may also be required to give birth at the hospital rather than at home, as pediatric specialists may be necessary to give immediate care to your baby. 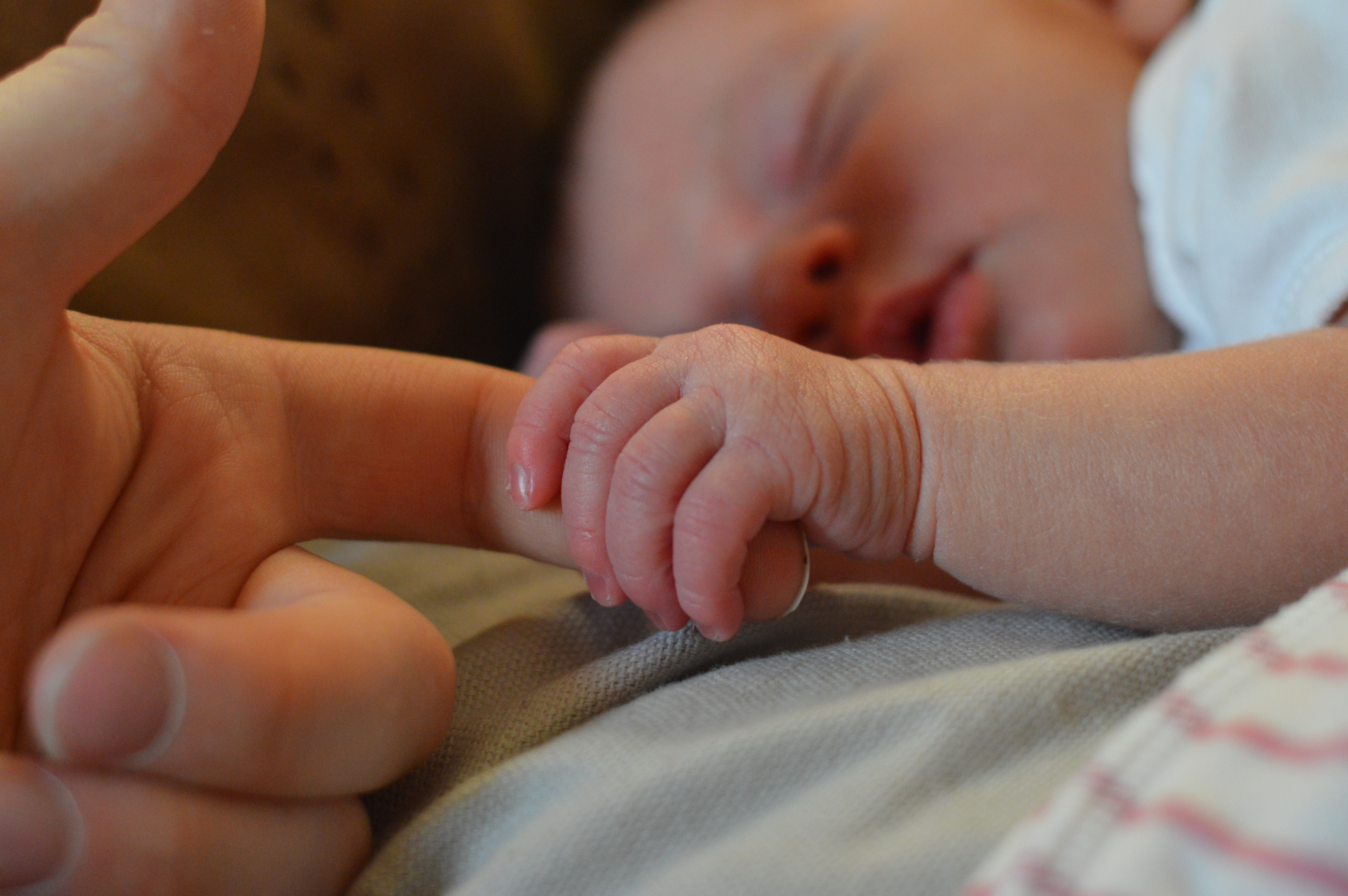 If you were told you had a high-risk pregnancy, don’t panic and ask your doctor and your family for help in managing and preventing problems. Most women in the same situation, me included, had perfectly stable pregnancies and delivered healthy children. Being informed and in control is paramount, so don’t give into anxiety and help yourself and your baby. 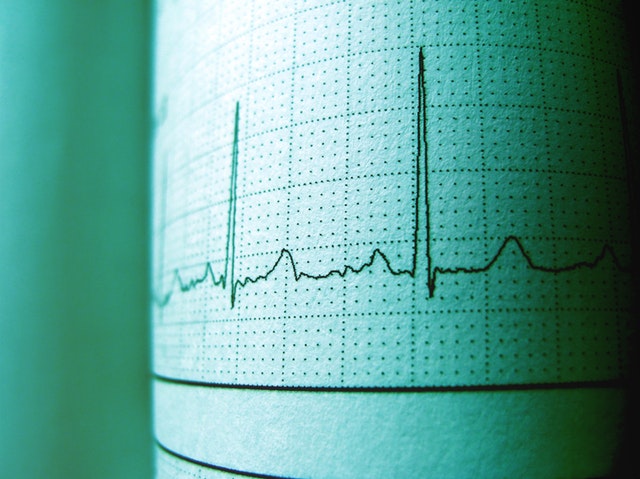 A baby's heart rate is much faster than adults.