Have you ever met an individual who has a different aura than others? There’s no straightforward way to describe them, but it’s like no matter how rough life gets, they’re always above it – as if nothing could ever get them down. Perhaps a quick way to describe it is by looking at the character of Phoebe in Friends who possess quite a number of the characteristics linked to being a star child.

This article aims to decipher what a star child is and confirm your assumptions in case you perceive that you are one too.

What Is A Star Child? 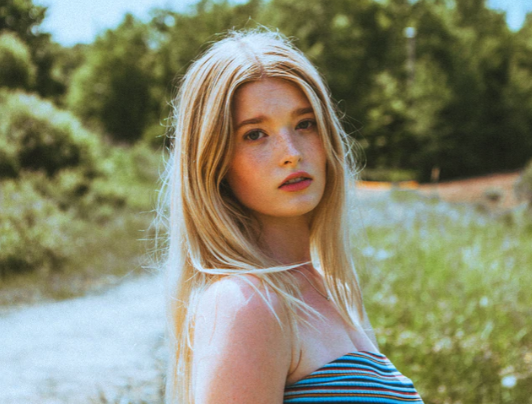 A star child is a unique living individual who really isn’t like the rest of humanity, even though technically, we are all unique in our own way. Star children possess particular characteristics and abilities that make them supernatural or paranormal, in a sense.

People believe that star children, also known as Starseed children, were sent from other places in the universe to make the earth and its inhabitants a better place. They continuously push the limits of what we believe is normal or our reality because of the abilities they possess and portray.

Are You A Star Child? Take This Test To Find Out!

Now, for the test. You can ask yourself the following questions to check if you are a star child.

It’s difficult to explain this one, but if you have difficulty blending in, making friends, keeping friends, engaging with others, joining a community, and other activities that other people find natural, then you have asked yourself why you don’t fit in.

2. Do you consider yourself as an introvert? 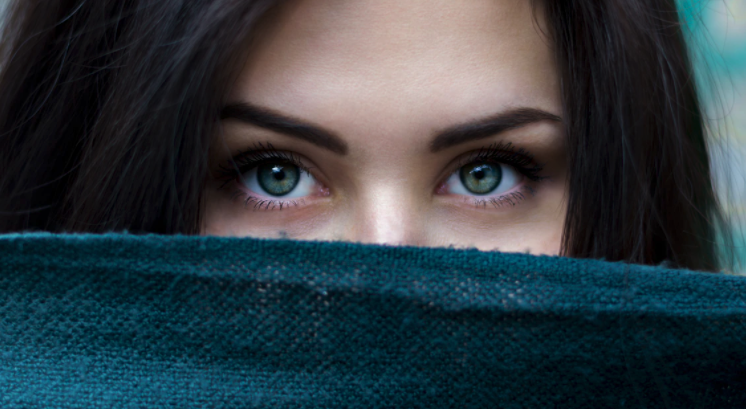 By nature, you prefer to be alone, have only a handful of close friends, find yourself out of place at social gatherings, among other characteristics linked to being introverted. This does not mean it’s a bad thing. It’s who you are, and that is where you bloom best.

3. Do you overthink and don’t mind that you do?

It’s like when a concept or issue arises, you spend extra time compared to others, just breaking up all angles. At the same time, your mind is also full of unanswered questions that you regularly entertain. 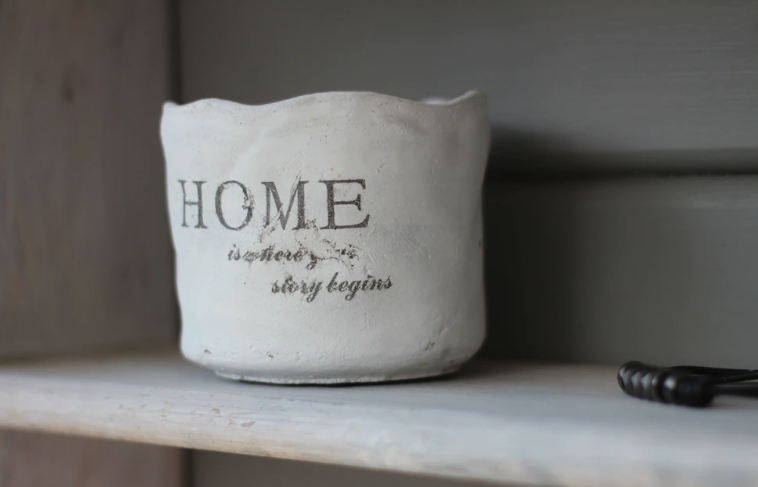 You might have your family, friends, and a place on earth, but somehow you’re feeling like something is lacking. This is not a bad thing, per se. You’re happy and content. It’s just that you can’t completely call that “home.” There is a yearning for something else, and it’s OK not to know what it is.

5. Have you ever had paranormal experiences?

This doesn’t automatically mean possession or abduction. It could be seeing spirits, hearing voices, and the like. If not, do you want to or it’s something you are not open to?

6. Are you fascinated with what’s around you?

You just have this unceasing curiosity for your environment – the earth, universe, and everything in between. 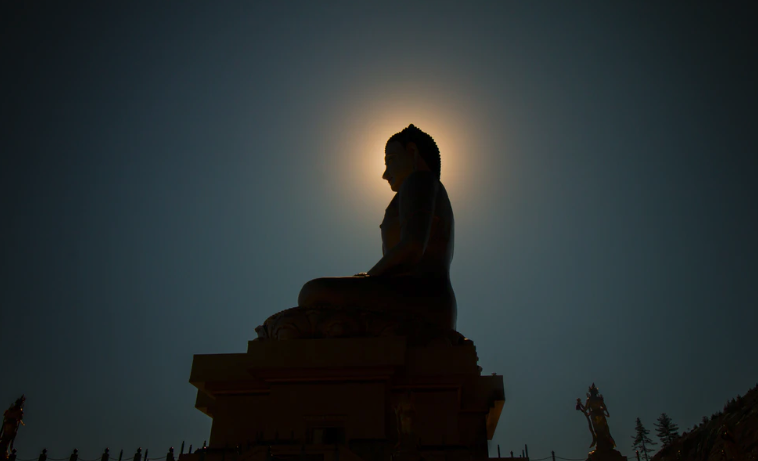 No, it’s not seeing a red, blue, or any other color surrounding someone (unless you do, which is cool!). But it’s as simple as feeling the aura of someone and being able to pinpoint their current state, whether they’re depressed, angry, lost, happy, etc.

This is who you are, and you can’t help but protect people around you and mother nature in general. Whether you feel it’s your duty to do so or you were just programmed that way, you have this itch to help that doesn’t go away.

9. Do you have psychic abilities? 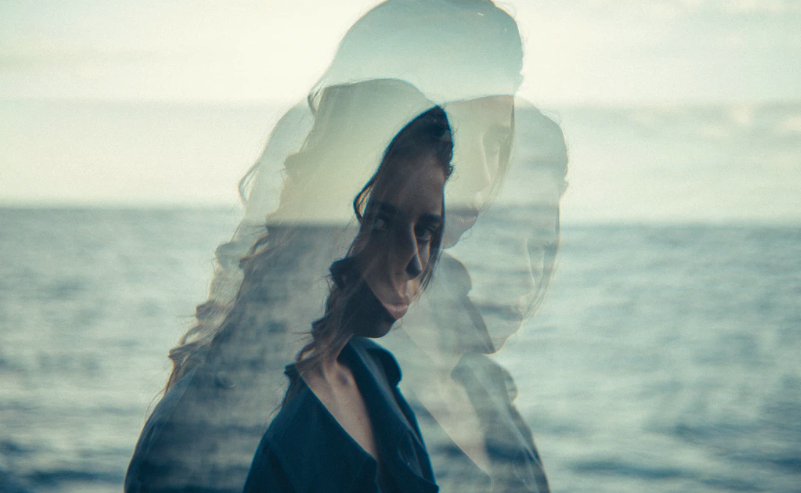 Whether it’s the ability to communicate with animals, hearing people’s thoughts, seeing spirits, or having a very accurate intuition, these could be tagged as your psychic powers.

If your answer was “yes” to many, if not all, of the questions above, then you are most probably a star child. Perhaps the confirmation could even open up new borders for you to guide you through your journey.

7 Undeniable Characteristics Of A Star Child

You’ve taken the test, now let’s talk about characteristics. These will help confirm things if you or someone you know is a star child. 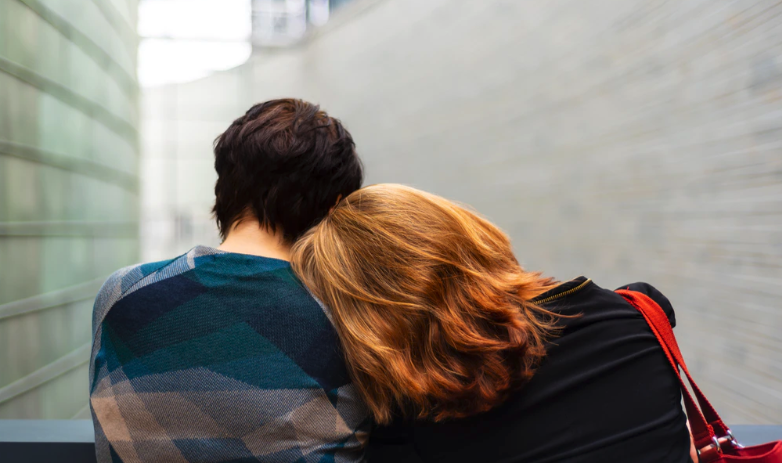 This is perhaps one of the most evident characteristics of someone who is a star child. When you meet a friend, even a stranger, you can immediately assess what they’re feeling without having to open their mouth. You can feel their hurt, and you have the urge to help.

A star child is one who doesn’t take front and center in a conversation. They prefer sitting on the sidelines, observing others. This is their curious nature at play. All the while, they’re sensing the people around them based on their body language, facial expressions, and tone of voice beyond the actual words that they speak.

Aware of several past lives

A star child is a believer in reincarnation. In fact, they know they’ve lived several past lives. While the cells of a human body are constantly replaced, the consciousness remains unchanging; some believe it is immortal. Because of this, it’s no surprise when the physical body has lived its time on earth, yet the mind of a star child simply traveled to another body to continue on.

There’s no other way to say it, a star child could be tagged as a genius in one way or another. From a very young age, they’ve showcased intelligence and wisdom way above their years. One reason for such is because they have been reincarnated, so they already know the drill, so to speak. 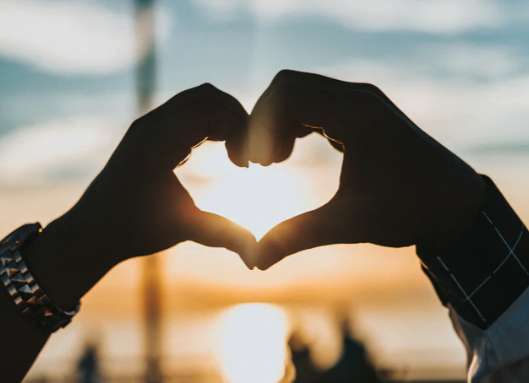 Nothing could get a star child down. Despite the world falling apart, they’re still serene, content, and ready to hug someone. They are the embodiment of unconditional love. It’s their nature to help those around them.

Star children excel in music, art, dance, science, or other fields that rely on one’s creativity. In a sense, they use these mediums as a way to express themselves, given they are naturally introverted. 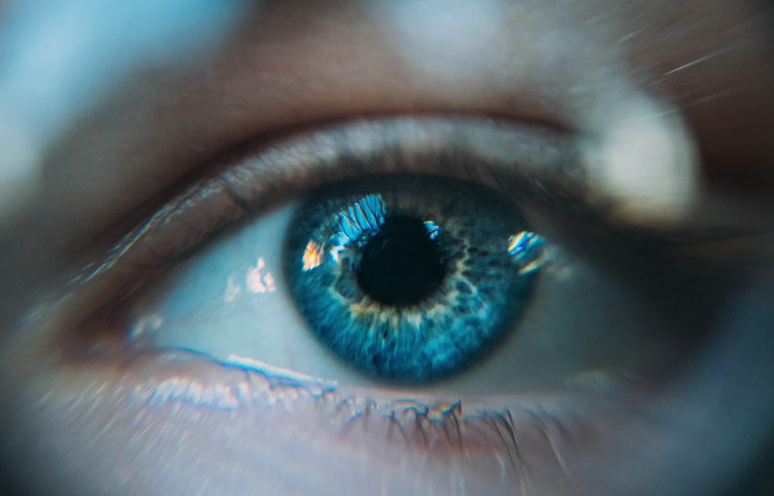 According to lovetoknow, a star child is unusually beautiful with distinct and rare physical traits such as having green-blue to violet eyes. The term “the eyes are the windows to one’s soul” is especially true to star children. They use these eyes to see into a person’s soul, which may seem intimidating for some but do remember that they only have love to give.

We’ve mentioned this earlier. Star children are gifted with psychic abilities. This is only heightened with their empathic personality and highly-intelligent mind.

What Are The Different Types Of Star Children And Their Characteristics?

A star child is a general term used for those who have been sent to earth to make it a better place. Did you know there are three types of star children? Let’s get to know them, shall we? 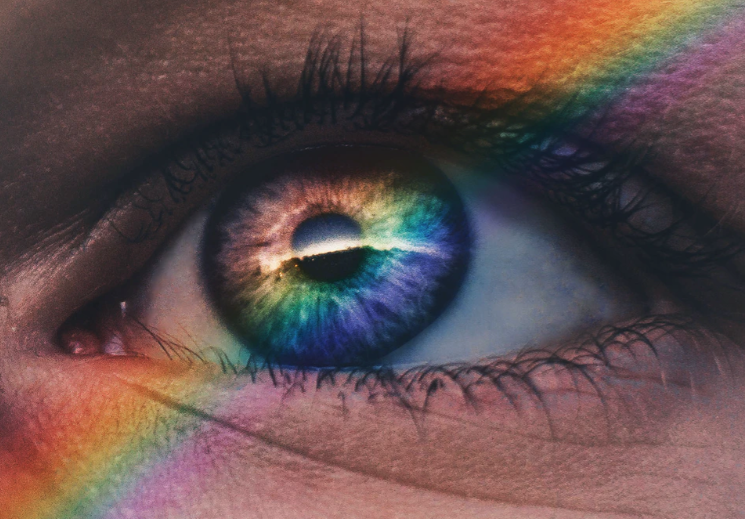 A leading individual in the field of children’s emotional health, Maureen Healy, described indigo children as those who feel they’re different “for a reason” although are currently unaware of their purpose. They’re highly intuitive, wish for a fair world that operates on justice, have stood for what they believe in, even if alone, and want more in life than making money and success.

Meanwhile, psychic researcher Troi G, explained crystal children to be the offspring of indigo. They have naturally penetrating gazes, are physically and mentally sensitive (suffer from allergies, and are highly empathic), spontaneous, and love to go where the wind takes them without thinking of the possible consequences. These are people who love to hug and be connected with others, even strangers.

Lastly, rainbow children are those who are spiritually aware and have a strong link with divinity. They are what you call “old souls” and show heightened talent in creative arts. They possess the characteristics a star child would have, from empathy to psychic abilities and have astonishing eyes.

Are There Physical Manifestations Of Being A Star Child?

While there have been published books on star children that give reference to physical manifestations of being one, there is still limited resources to confirm their existence. The concept of indigo children, for example, has gained traction among parents who have children diagnosed with learning disabilities. Because their children possess heightened skills in a few of the traits linked to Starseed children, such as empathy, creativity, telepathy, they were labeled as an indigo child.

Related Article: Different Types of Child-Rearing Strategies Around the World 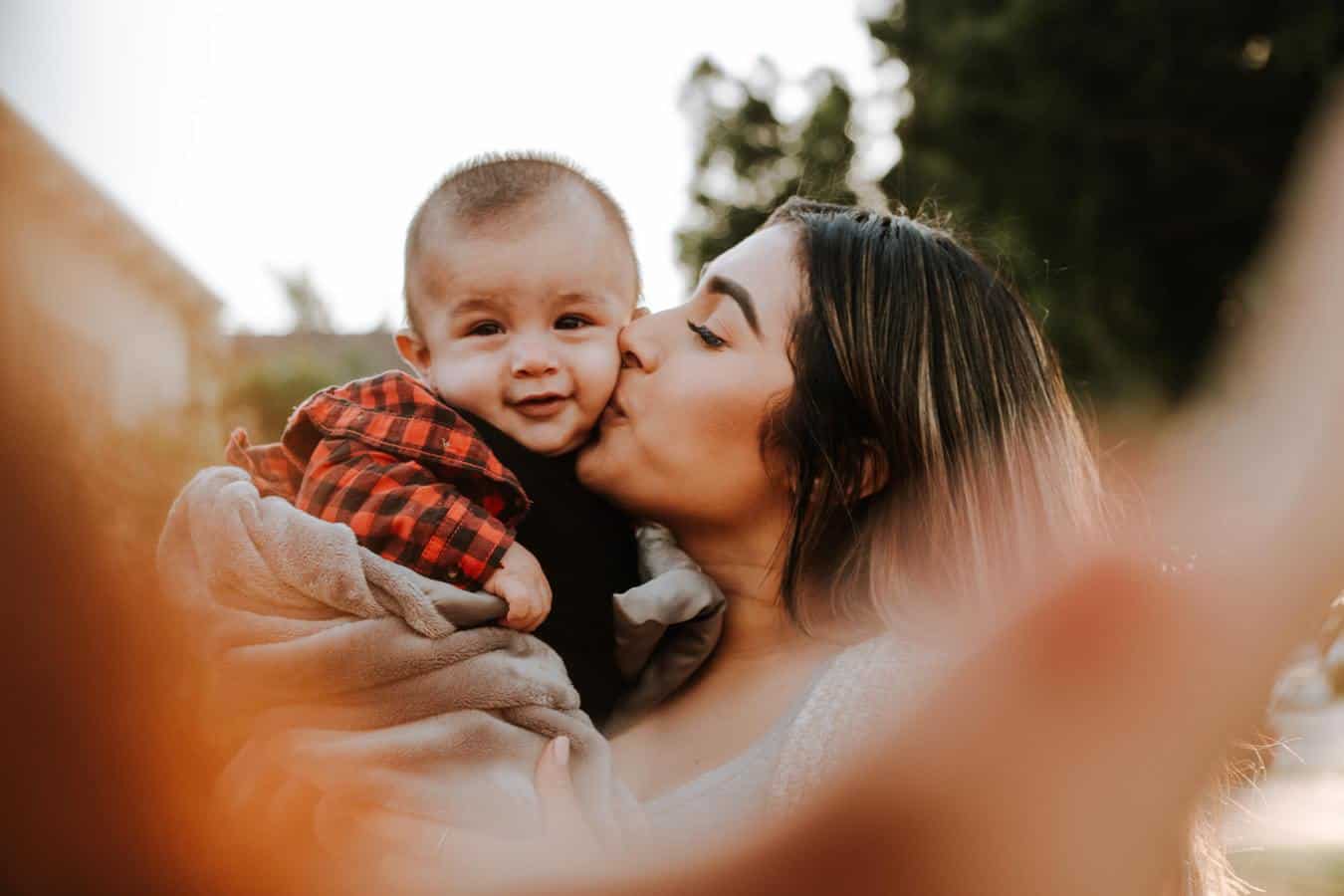 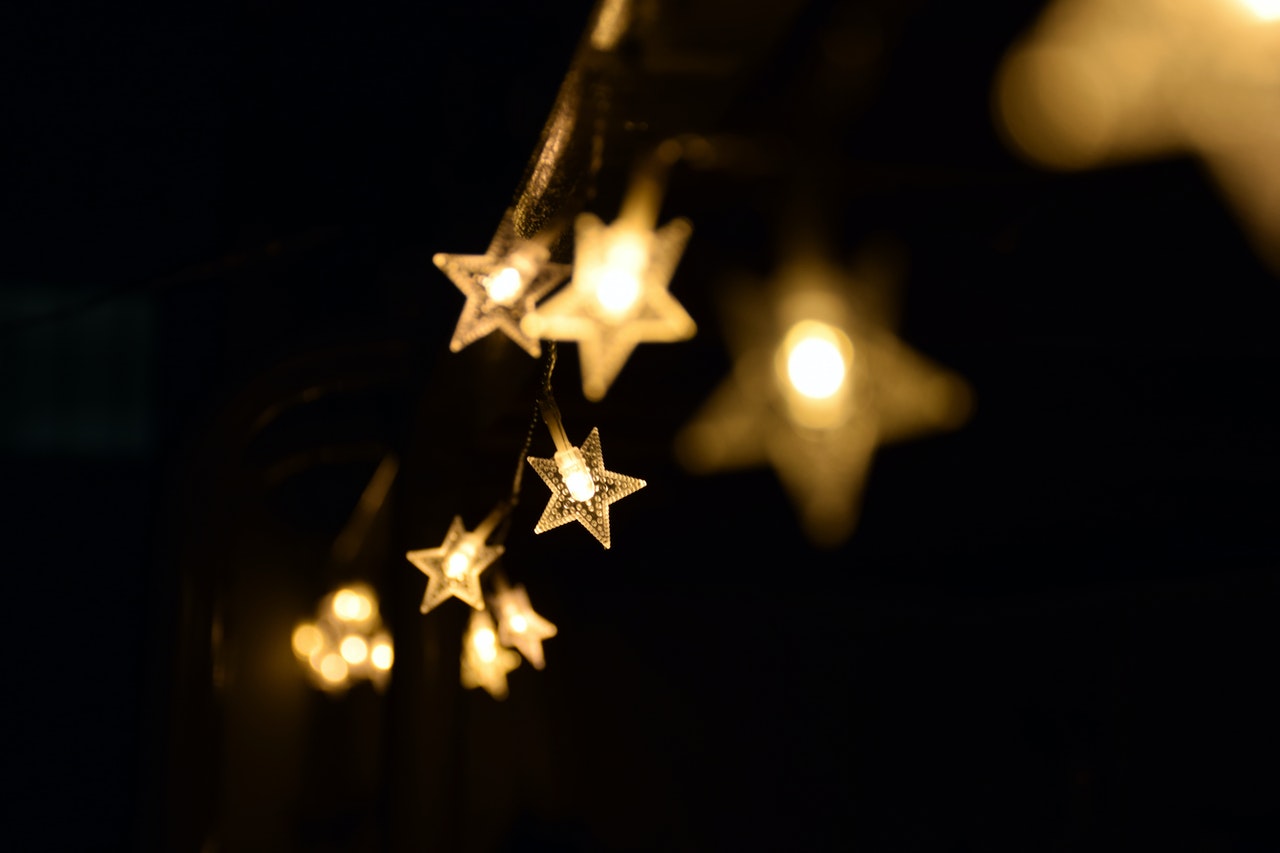 Whether you are now convinced that you are a star child or know someone who is, there’s nothing to be anxious about, given some of the facts about paranormal activities mentioned above. Star children mean no harm, only all love for humankind, so why should they be shunned?