Why Pick Up Different Philosophy Of Child Rearing?

Despite parents utilizing different types of child-rearing philosophies, there is usually a shared goal between them: shaping their children into successful adults. Parents use various strategies to raise their own children. Some tend to stick with one philosophy; others use different philosophies depending on what developmental stage their child is in.

Then there’s this situation wherein every generation is dissimilar to the one before it. Parents were raised in a different time and environment than their children, and as such, they were usually raised with contrasting cultural imperatives. Even though it is common to use the parenting approach used by your parents in raising you, it is not suggested. 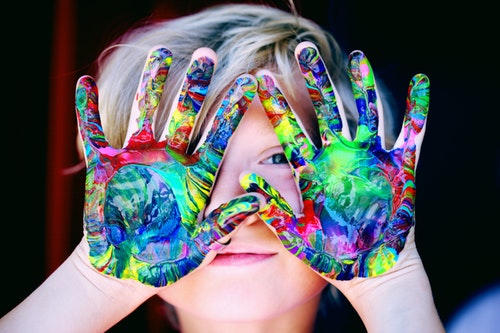 Why? This is because the newer generation now lives in an era where modern technology is a predominant aspect of our world. As opposed to the previous generation wherein technology is still developing, this modern age allows children to pick up various outlooks in life and expose them to the different cultures around the world.

In the study of psychology, there are four published and recognized parenting philosophies: authoritative, permissive, authoritarian, and neglectful. These child-rearing philosophies will each differ in characteristics and the future outcome for your child. Parents often use one or try to mix and match. 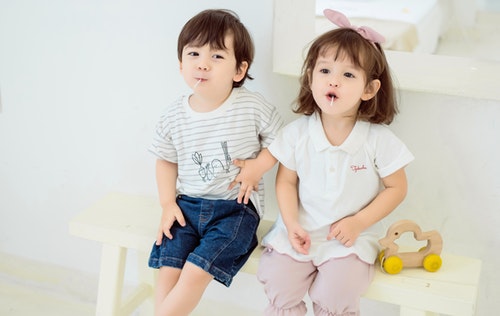 First is the Authoritative Type. This kind of parenting approach has a perfect balance of discipline and affection and is regarded as the most effective approach.  Authoritative parents have open communication with their children. They voice out their expectations and their reasoning for it. 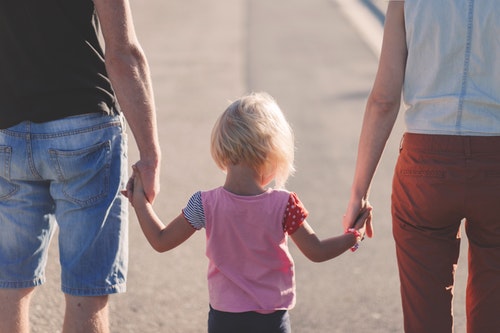 Second is the Permissive type. This approach is often labeled as the indulging type. These parents are considered too lenient and tend to spoil their children in order to avoid conflict. The advantage of this approach is that parents are usually very nurturing in this type of approach. However, the disadvantages greatly outweigh the advantages which are often prominent during the child’s later phases. 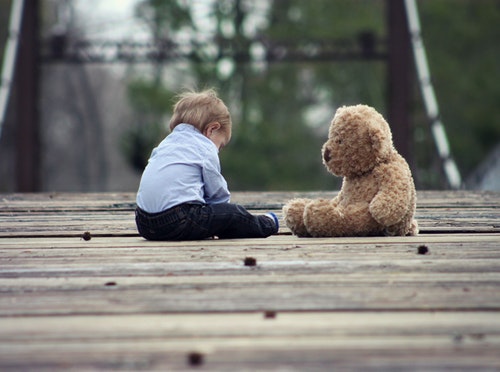 The third one is the Neglectful type. This is the most damaging parenting philosophy among the four. Similar to its name, neglectful parents aren’t deeply involved with their children’s lives, and this would lead to a harmful impact on the child’s upbringing. 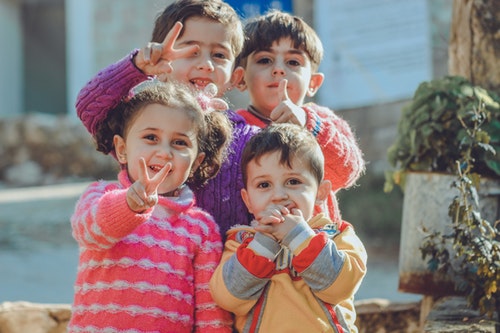 Last is the Authoritarian approach. This type is characterized by demanding and unresponsive parents. They set out very high expectations of their children without having open communication. In this type, parents generally rely on punishment to teach their children a lesson.

Various cultures rely on different child-rearing strategies. However, the main goal of most parents includes molding their children into successful and effective adults. In these cultures, the definition of success often differs from one culture to another.

If you think about it, the success of what the child might bring is heavily-influenced by the standards of life these cultures in question poses.

The cultural norms impact how children are raised. These norms were ingrained into their parents and, thus, will be passed onto them too, depending on how important the parents would perceive them. Yet, in some parts of the world, these cultural norms are even more dynamic. These will often wax and wane depending on public opinion. 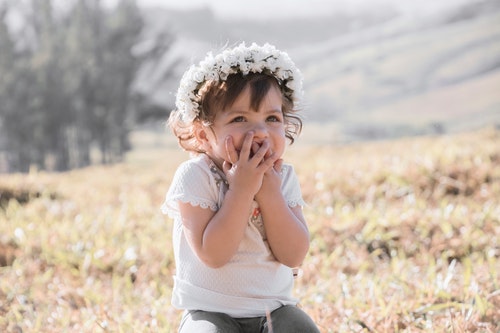 For example, in Europe, parents tend to physically punish their children in order to instill a sense of discipline. Nowadays, it is greatly frowned upon to harm a child, thus Europeans are pushing this act to make physical discipline illegal.

Now for the differences in cultural child-rearing strategies. There are reports that the French do not cater to fussy children. Parents serve their children the same food or meals they themselves would eat. Chinese parents want their children to be academically adept.

Now it’s time to talk about the three most contrasting parenting styles practiced by three different countries: the US, Japan, India. 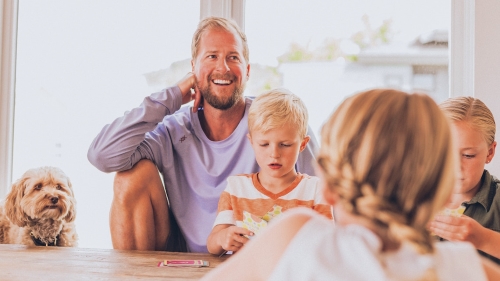 The main goal of American parents is to raise their children in a safe and healthy environment and mold them into successful adults. In the US, most parents are highly involved in almost everything their children do. They are sometimes labeled as perennial cheerleaders of their own children.

American kids are often seen calling the shots. Their parents tend to be more accommodating to their children in their parenting approach. Children are also taught to express themselves at a young age, resulting in a less-constrained expression of emotions.

According to a study, North American caregivers often respond to child misbehaviors with material consequences. These include timeouts, confiscation of toys or gadgets, no allowance for a certain time, and many more. When children do something parents perceive as good, they also reward their children with material and social reinforcements in return. 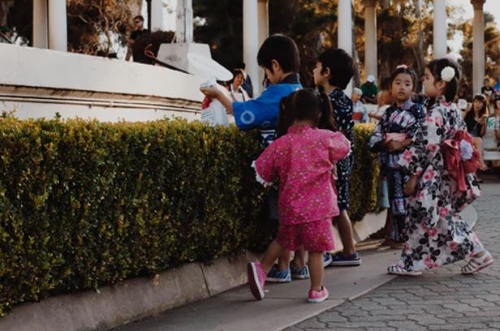 In Japan, parents believe that children should learn to become self-sufficient as early as they can. When you visit their country, you can see preschool children commuting to and from school by themselves. Young children in their country can clean, prepare meals, and do household chores by themselves as early as four or five years old.

There is also a strong emphasis on respect among Japanese people. Respect for elders, for the environment, and most importantly, for the country. Most Japanese people are patriots in nature, which is why the Japanese language is highly favored than the more universal English language. Japanese children are taught to respect their country and their fellow countrymen at a young age.

Even though being self-reliant is of utmost importance in Japan, Japanese mothers often make fewer demands in terms of expectations. Coddling their children is not common in their country. Misbehaving children are often dealt with by scolding and reasoning, rather than with material consequences. 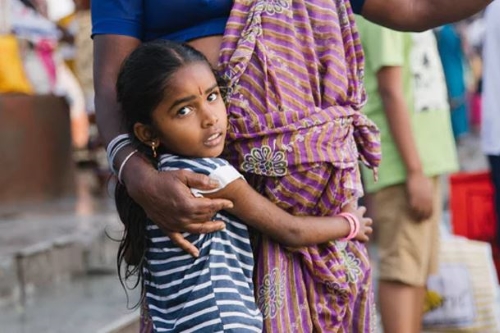 In India, the traditional child-rearing approach is usually ethics and spiritually-based. Hinduism is the most prominent religion in India, and children are therefore taught to become spiritually-involved. The importance of prayer and worship are already instilled in children at a very young age.

Most traditional Indian families are often patriarchal in nature, meaning they’re run by the fathers or the males. Decisions about their home and lifestyles are often dictated by male family members. There are some modern Indian families that tend to disregard these rules, but most are still traditionally-bound.

Punishments for children in traditional Indian families are usually done in a more aggressive and stern manner than their western counterparts. Children are rarely coddled in their country.

Misbehavior is frowned upon, and misbehaving children are often met with severe punishments. Since respect for elders is of utmost importance in the traditional Indian household, children who speak out against adults are punished in a severe manner as well.

The different Parenting Styles and which is best for your kid 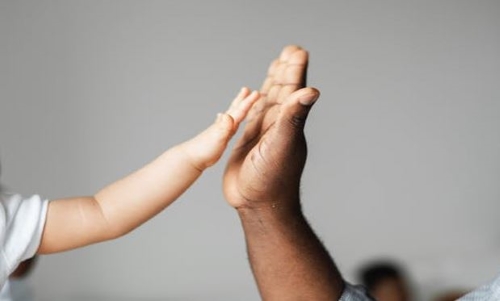 Child-rearing strategies do not come with mandatory guidelines. Each parent has their own way of raising their children. However, parenting approaches are heavily-influenced by the culture they belong to. These philosophies and strategies vary among cultures around the world. Sure, there will be some similarities, especially in cultures belonging to the same region or continent.

Indian child-rearing practices lean more on the spiritual side. Worship and prayer are of utmost importance as well as sticking to tradition.

These three highly-contrasting child-rearing practices are not set in stone. These examples are commonly seen in these cultures. Now that you’ve read about the different parenting styles and possible outcomes from different cultures, which do you prefer? Or which were similar to your upbringing?

And if you have a child, which among the three are you most likely to adopt?