What it means to be spiritual or religious. 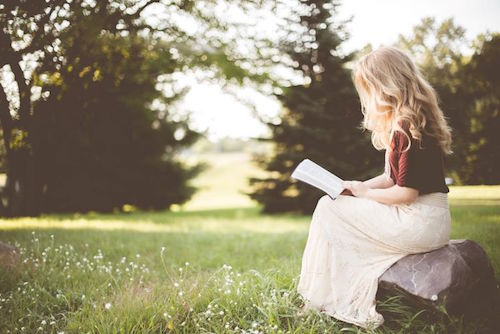 Spiritual and religious? Spiritual or religious? When asked that question what is your go-to answer? For most people, these two words are synonyms and there's not much difference between them. Many argue that you can be spiritual without being religious and also that you can be religious but not spiritual. Confusing right? Have you thought about it? Can people be both religious and spiritual? The answer is yes. Let's try to define what both terms are before we talk about your favorite celebrities and athlete's religious practices.

Being a spiritual person means or is synonymous with being someone who makes loving yourself and others a priority. Spiritual people care about everything that surrounds them (other people, animals, the planet), they are kind people that acknowledge that we are all one. There are people who go to church every Sunday and who pray daily but there's no love in their hearts; there are people that practice yoga and meditate daily but their actions are not loving towards others. On the contrary, there are many people who don't practice any religion or meditate who care about others and are always willing to help. There is kindness in them. 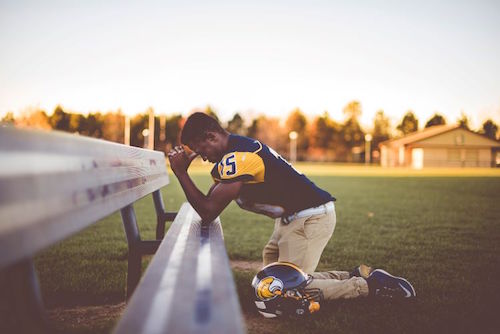 Being a religious person means you are affiliated with a religion (Christianism, Judaism, Buddhism, Muslim, Hinduism) and that you follow the traditions and participate in their rituals and (ideally) that you do it with faith in God and a love for Him. A person is both spiritual and religious when he or she practices all the rituals and traditions of their faith but with love in their hearts, with the purpose of serving others not just themselves.

Now let's take a look at some of your favorite celebrities and athletes who are devoted to spiritual and religious practices.

10 Celebrities and Athletes with Religious and Spiritual Backgrounds

Religion is a guiding force for many people's lives, and celebrities and athletes are no exception, though it wouldn't seem that way if you just look on the surface. That's why it comes as a surprise and it seems a little weird to spot some well know celebrities coming out of a church when you had no idea he or she was a religious person (mainly because they never fully talked about it). When we look at them through their social media or on TV shows and movies and competitions, sometimes we forget that they are humans, just like us, and they need spiritual guidance too. 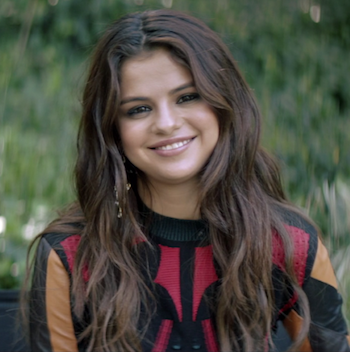 Selena Gomez was raised Catholic, that's how her parents raised her and that's what she practiced through most of her childhood and teenage years. She attended church every Sunday and she even asked for a promise ring from her father when she was 13. She took it away when she was dating Justin Beaver because she realized by that time that it wasn't for her. The now 27-year-old singer/actress is still a Christian but she now is part of the Pentecostal Church. She likes to attend services at the Hillson Church (a favorite among celebrities).

People have expressed surprise when spotting Selena at services in New York and LA because it wasn't how she was viewed based on her way of life but she's serious about her faith. She expressed that when in 2017 she addressed the Hillsong conference: "You are enough because you are a child of God who has been pursued  from the very beginning." 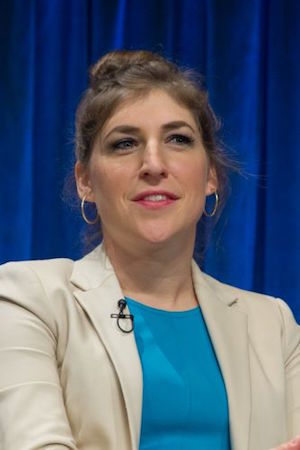 The Big Bang Theory's Mayim Bialik is Jewish and she talks about it in her site Grok Nation. She shares with her readers her Jewish faith, like in December of 2018 she shared 8 facts about Hanukkah. She has said in some interviews that she doesn't think Hollywood is a friendly place for people of faith, that in general, being religious is never going to be trendy.

Mayim doesn't believe in "the bureaucracy of organized religion" but that she believes in a power greater than herself and her faith is based on that. She shuts down her social media during Sabbath and sometimes she (and her family) go to synagogue but they also sometimes, stay at home to have a Sabbath dinner. She believes in Jewish law and she values very much the value of modesty, especially in the way she dresses. 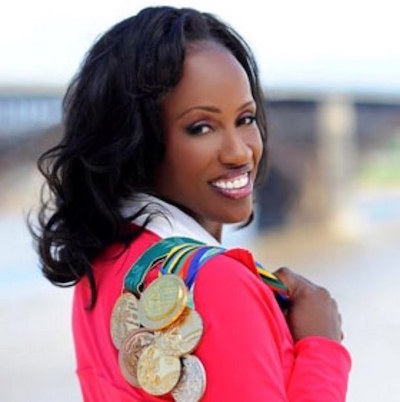 Jackie Joyner-Kersee has been called the greatest female athlete of the 20th century. She's a six-time Olympic winner, with three golds, one silver, and three bronze after competing in four consecutive summer games. Her decathlon record of 1988 still stands. She practices Christianity. In an interview for CBN, she was asked who was Jesus Christ for her, she answered that all her accomplishments wouldn't have been possible to achieve all by herself, that all was possible because Jesus led her life. She encourages people to acknowledge their faith. 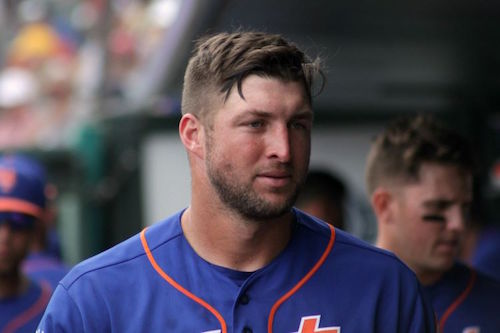 Tim Tebow had an exceptional football career with the Florida Gators and promising career with the Denver Broncos but after being traded to the New York Jets, things started to fall down for him. He now plays baseball for the Mets. He has been very outspoken about his faith in various interviews, and he also wrote a book, Shaken ( named Christian book of the year in 2017) where he talks about his journey in growing closer to God. Forging his identity based on Him not on the world. 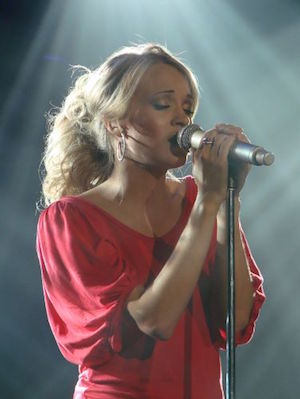 Carrie Underwood is a country music star who is very vocal about her Christian faith. She expresses her relationship with God in all she does, in her music and in her interviews. You can check her social media and you'll see she speaks about it quite often. In an interview with People magazine, she spoke about her very difficult experience with 3 miscarriages and how her faith helped her get through all of it and some other difficult times. 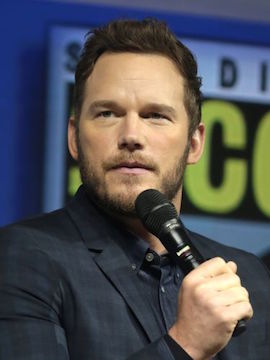 Chris Patt practices Christianity, In an interview with Vanity Fair he described how he became a Christian as a teenager. For him, it was totally unexpected. He was sitting outside a liquor store in Maui when a guy named Henry approached him because he recognized that something in him needed to be saved. That was it for Pratt, he started his Christian journey that day and till today that's still going strong. He's an openly and devout Christian. 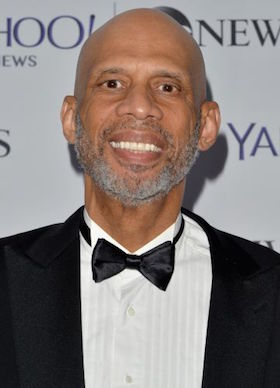 This basketball superstar, writer, and activist converted to Islam during his college years, specifically during freshman year while attending UCLA. He was born Lew Alcindor and was raised Catholic and for him changing his name had nothing to do with brands it had to do with a transformation of the heart, the soul and the mind. Kareem traveled to Lybia and Saudi Arabia in 1973 to learn Arabic so he could study the Quran. This pilgrimaged served its purpose, he came out of it with his faith renewed and his beliefs clarified. That was 45 years ago and to this day, he says he has never regretted his decision. 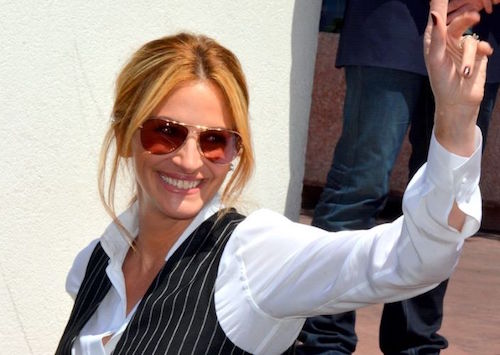 Julia Roberts is, in her words, a practicing Hindu. Julia was raised by Christian parents but she says she found her faith in Hinduism, Now she practices it with her family, her husband Danny Moher and their three children, they all go to the temple to chant, to pray and to celebrate their faith 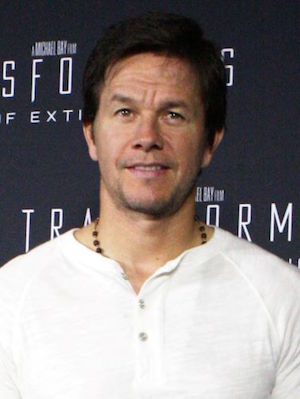 Mark Wahlberg is one of the busiest actors in Hollywood and he's also a devout Catholic. He nurtures his faith by getting up early every day and reading a devotional and then spending 15 minutes praying. This helps him in every area of his life. For him, his priorities are his faith and his family and he gives credit to both of them for this success in all areas of his life. 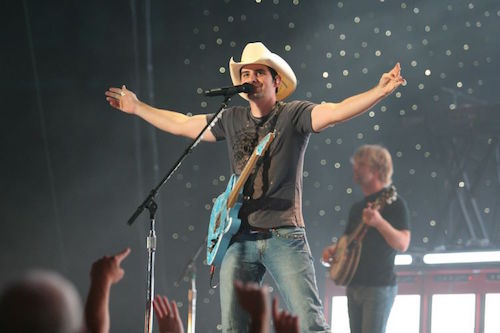 Brad Paisley is a country superstar that likes to include in many of his songs messages about God and how good He has been with him. His most recent song, My Miracle, released in March of 2019 is a song that talks about his wife (he wrote it for her). It has some very touching lyrics in which basically Brad reaffirms his faith in God because He created his wife, his miracle.

Related Article: Are You A "Spiritual But Not Religious" Person? 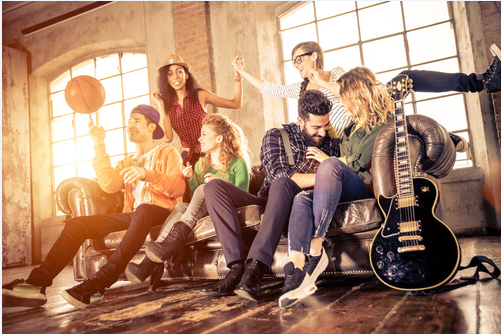 Have you ever wondered if you were more of a spiritual person or more of a religious person? Here are 15 ways to help you figure it out! 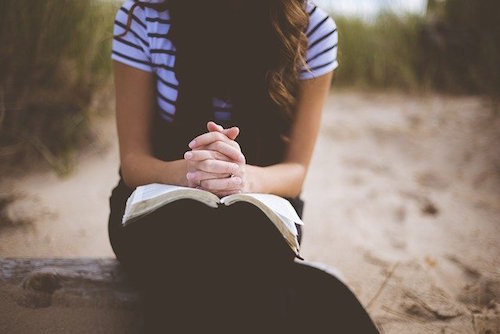 The celebrities and athletes mentioned above,  their spiritual and religious beliefs have gotten them through tough times and have been pivotal in how they live their lives and conduct their careers.