Dream catchers or dreamcatchers originated with the Ojibwa people, and in the mid-twentieth century were adopted by other Native American tribes; thus, dream catchers are a part of the Native American culture. Traditionally, they were used to protect people (especially children) while they were sleeping; they were usually hung by infants’ cradles and cribs to prevent them from getting bad dreams and protect them from the evil spirits around us.

In Native American culture, spiders are thought to be protectors. Before the origin of dream catchers, the Native Americans believed in the existence of a mystical Spider-Woman whose job was to protect children and members of the tribe; still, since the world is too big, and the tribe migrated to other places, and the Spider Woman was no longer able to protect all members of the tribe. So, to solve this problem and protect the people of her tribe, she came up with what we call a “dream catcher”; because of this belief, the North American mothers and grandmothers made their homemade dream catchers, and it gained momentum. 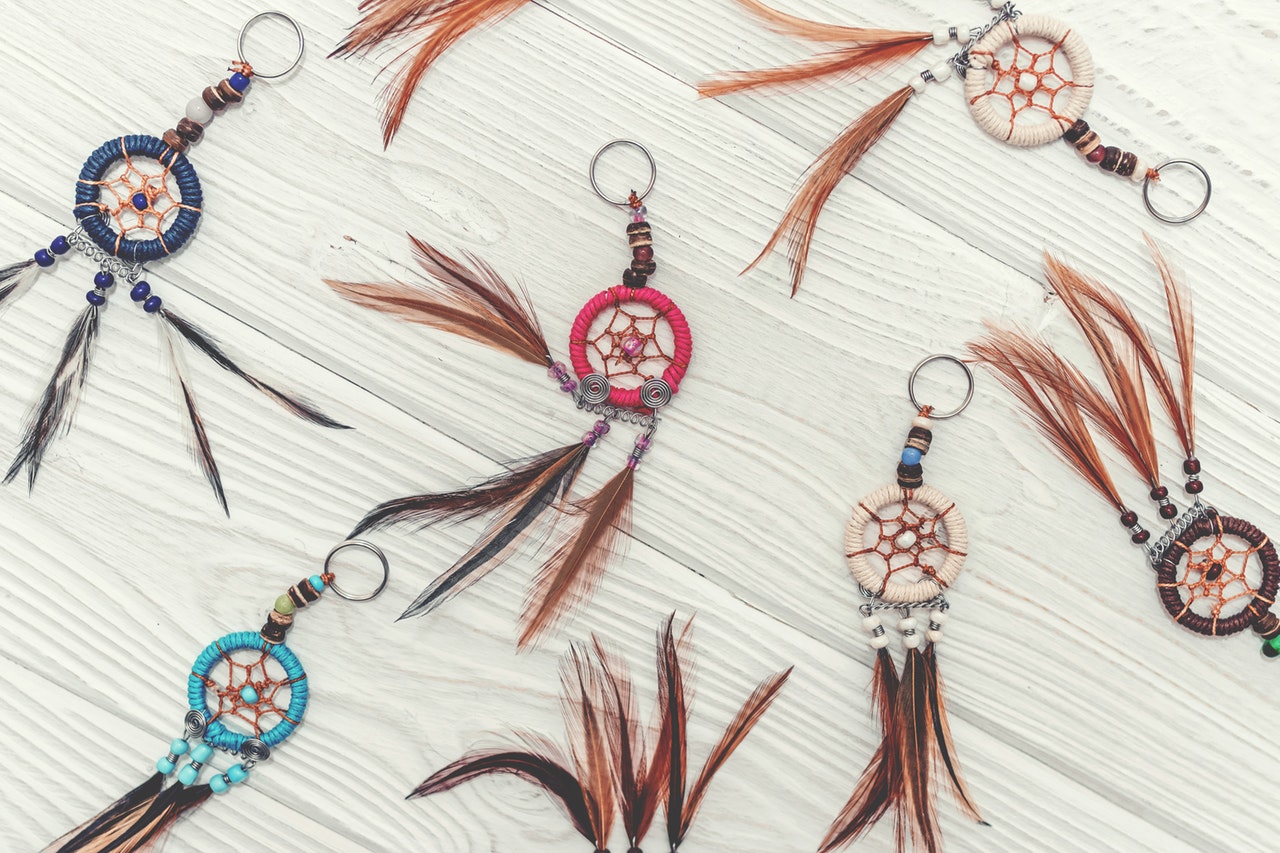 What Are Dream Catchers?

The dream catchers have a web-like structure, and that structure has a deep meaning to it. Just like a spider weaves a trap so that the predators get stuck in there, our negative energy also gets stuck in the catcher, and it lets all the positive thoughts and energy get through. All the dreams pass through the dream catcher and float around the hanging feathers or beads to get into the person’s subconscious.

Following are the components of the dream catcher: 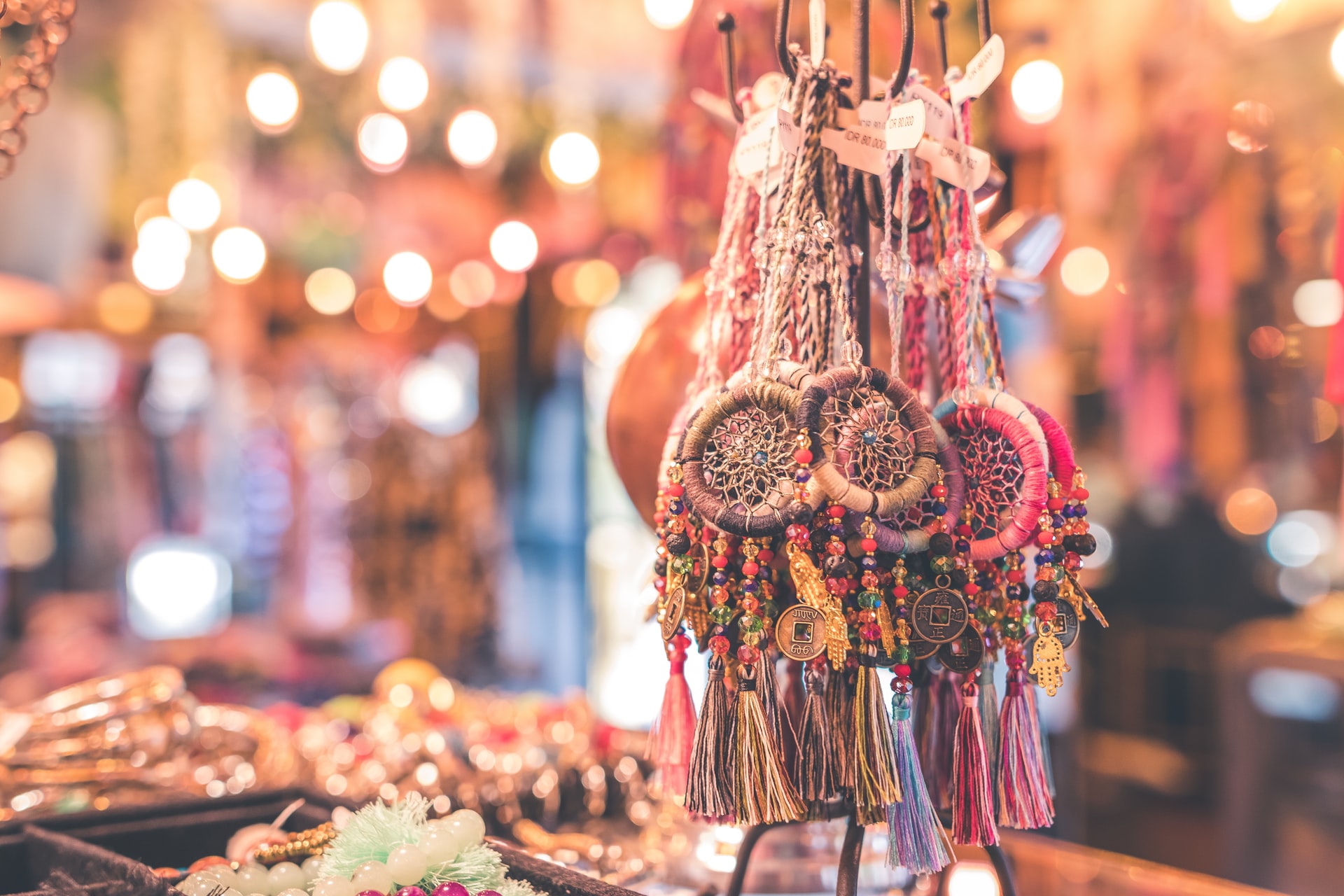 The web-like structure of a dream catcher catches the bad dreams, energies, and spirits and destroys them when the sunlight shines on them.

The beads represent the good energies, dreams, and spirits.

The feather helps the positivity to reach the person’s subconscious while he is sleeping. 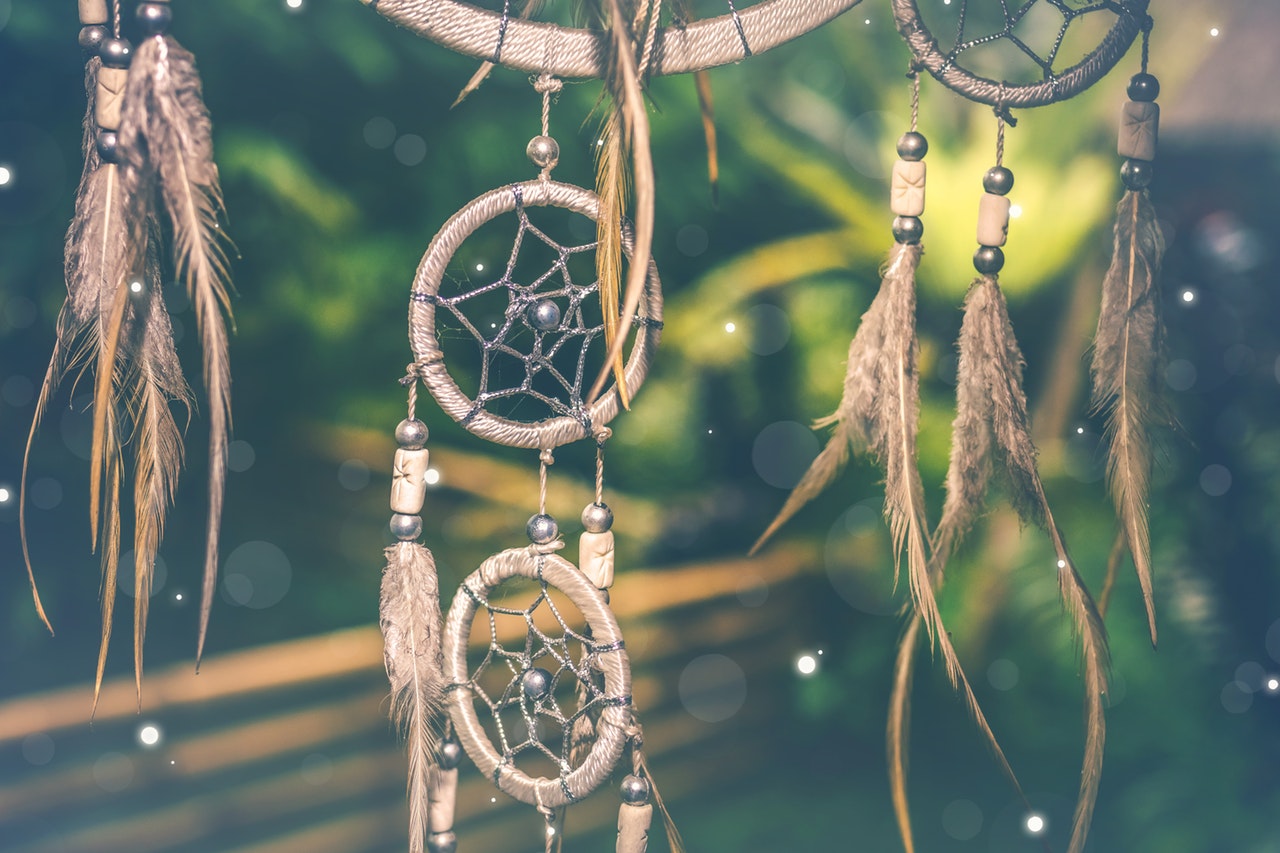 The hoop, on which the web is, represents the circle of life.

Dream catchers are supposed to be hung on the walls for protection; the purpose of a dream catcher is to filter out all of your dreams, and the negative dreams or nightmares go straight out of the window.  Dream catchers are often handmade. It is more like a good luck charm and isn’t necessarily only hung in bedrooms. That is why they are also hung in cars since it is believed that it provides positive energy to the driver and helps him to stay focused.

There are several beliefs as to what happens to the bad dreams that are caught, but most believe that they disappear once the light shines on them, and that is why they should be hung only in places where there is an ample amount of sunlight.  A lot of people think that it is not the dream catcher itself but the web-like structure and the significant symbols that keep them protected. However, in the end, it is the belief that works.

If you believe in a dream catcher; then it will probably work for you. It is also comforting to look at before sleeping, and that is why a lot of people also use it as an art for aesthetic purposes; however, looking at it before sleeping reminds an individual that they will remain protected in the night and that it will not let any evil spirits come near you.

How To Maximize A Dream Catcher’s Uses 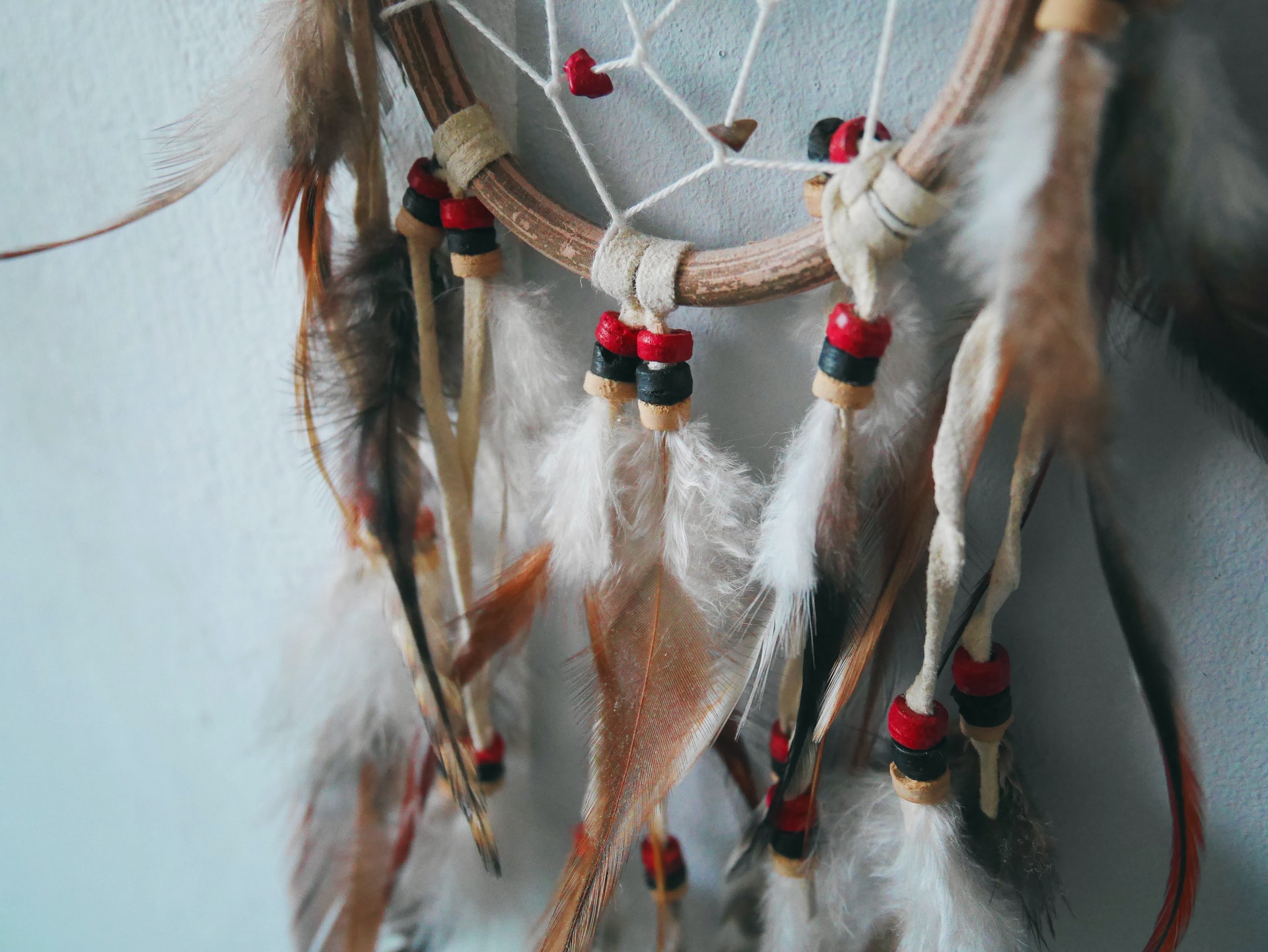 There is no scientific proof on whether dream catchers work or not; however, the thought of being able to catch your dreams and filter out the bad ones will sound impressive to anyone!

There are a lot of people who believe that they have had a positive impact on their sleeping cycles and that they’ve stopped having bad dreams; here are some ways through which you can maximize a dream catcher’s uses:

Real Dream catchers are very difficult to find nowadays, and the ones found on the internet are not made by Native American mothers and grandmothers and are not authentic since they are not made with the actual materials; thus it is better to make your own. 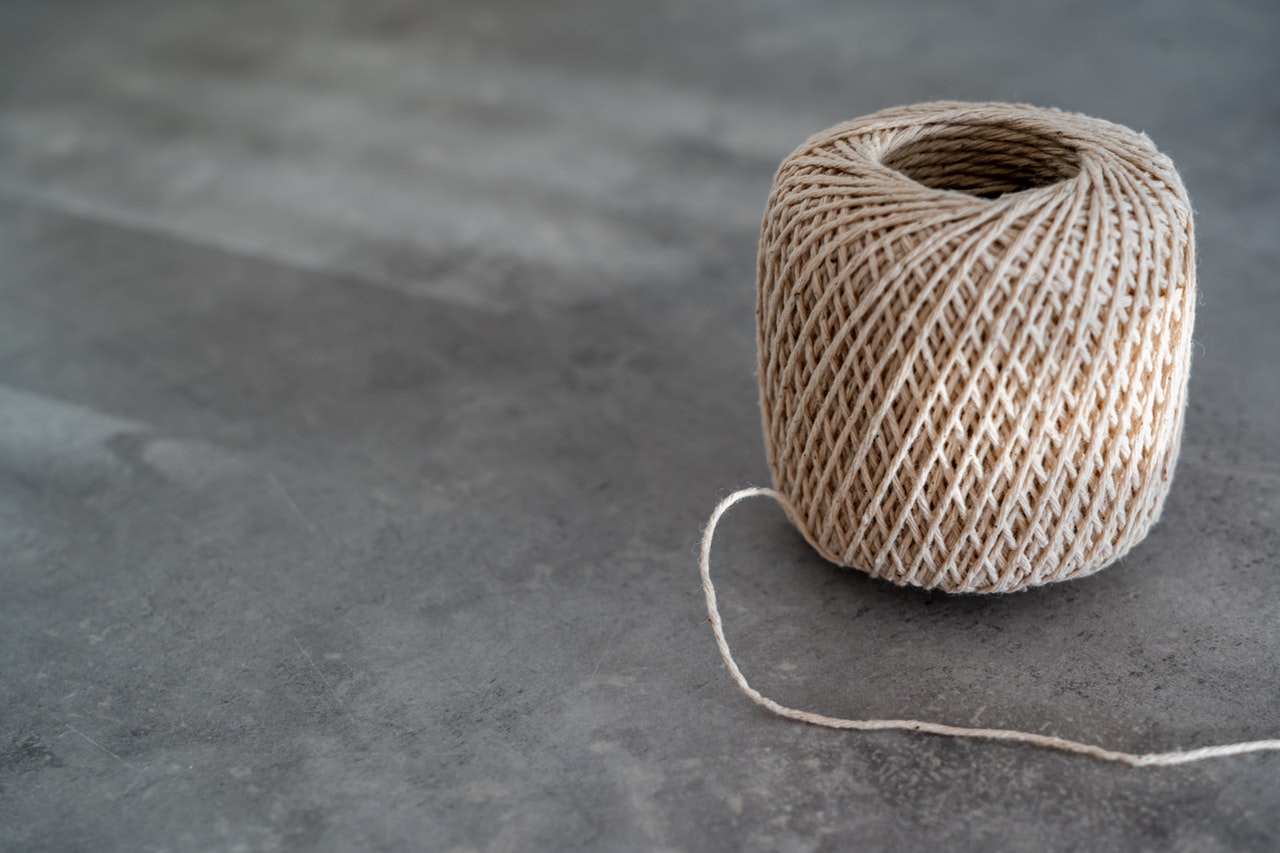 It is very easy to make some DIY Dream Catchers! Make sure you have the relevant materials before you start and you are good to go – and all the negativity in your life will soon go away!

You will need a metal ring, a faux suede cord, a wax linen cord, some feathers, glass beads, a jute string, and a gauge wire. Watch the following video for an easy step-by-step tutorial to learn how to make a DIY Dream Catcher.

In the end, remember that intentions and materials matter a lot when you are following a DIY Dream Catcher tutorial.

Dream Catchers And The Placebo Effect

The placebo effect can be defined as a phenomenon in which an individual experiences a benefit after the administration of an inactive "look-alike" substance/treatment. Some of the examples of the Placebo Effect are:

A cup of coffee to keep you awake 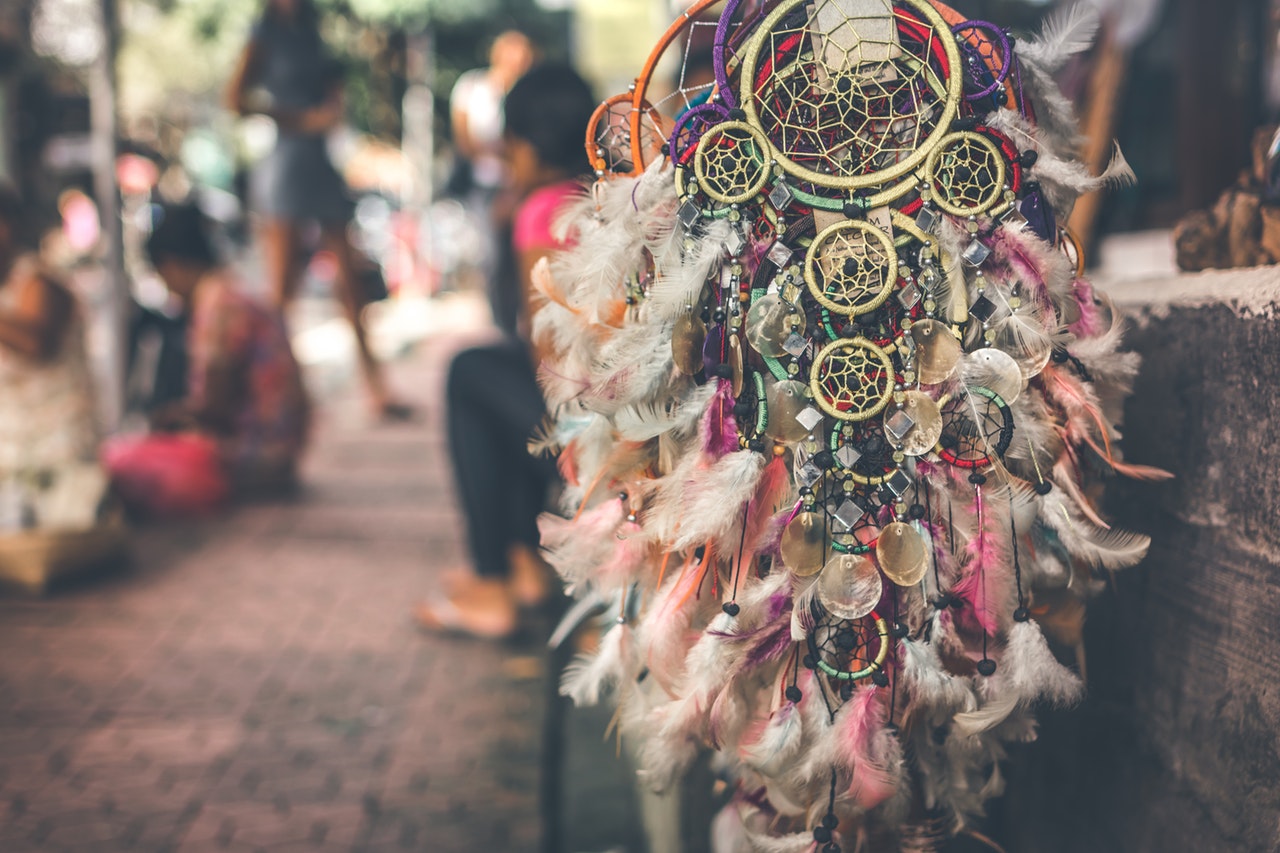 Caffeine does have positive stimuli on the blood pressure; however, most of the energy comes from the placebo effects as your mind tricks you into thinking that it is happening because of the caffeine dose.

Have you ever noticed how the progress bar magically goes from 40% to 100%? The programmers trick your brain into believing that the progress bar is communicating how much loading the page needs, and you wait for the page to load while it takes its own sweet time.

The placebo effect can have a powerful impact, even on adults. So if someone truly believes in something, it might feel as if it is working even though it isn’t doing anything itself. Dream catchers are very aesthetic to look at and can be comforting for many, but there is no scientific proof that they filter out your dreams… unless you believe that they do.

Dream Catchers as an Aesthetic 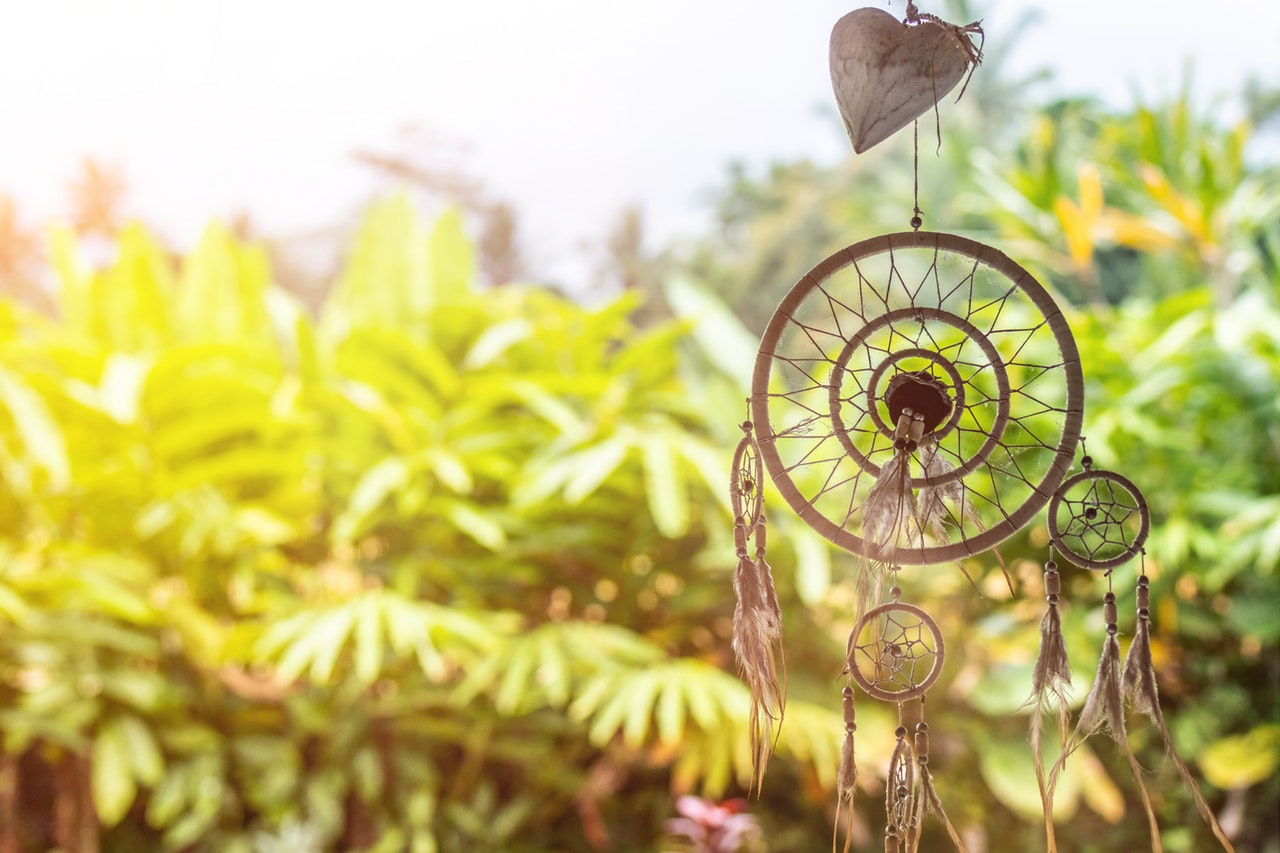 Dreams Catchers are back in trend! A lot of people have been using it as a mere aesthetic for art decoration, but we need to remember that the Native American culture is not just a fashion statement. The sacred symbol and the mothers’ blessings to their children need to be respected. It is not cultural appropriation to own a dream catcher, but, it is cultural appropriation to treat it as a trend and use it for decoration or wearing it as earrings and getting it tattooed.

Related Article: The History & Origin Story Of The Dreamcatcher 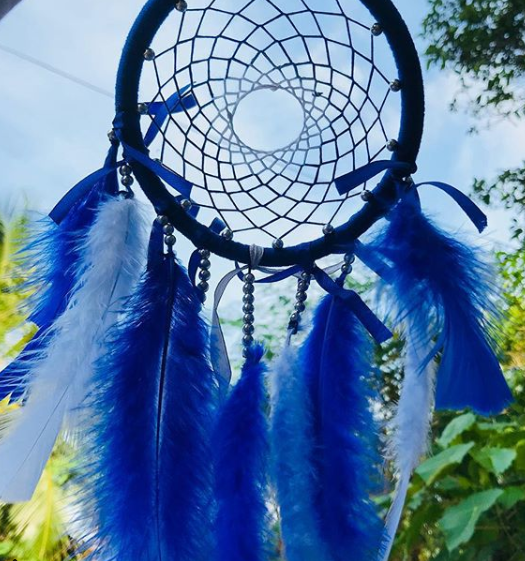 Dreamcatchers seem to be everywhere--tattoos, museums, gift shops, wall decor. But where do they come from? Find out the story of these beautiful items. 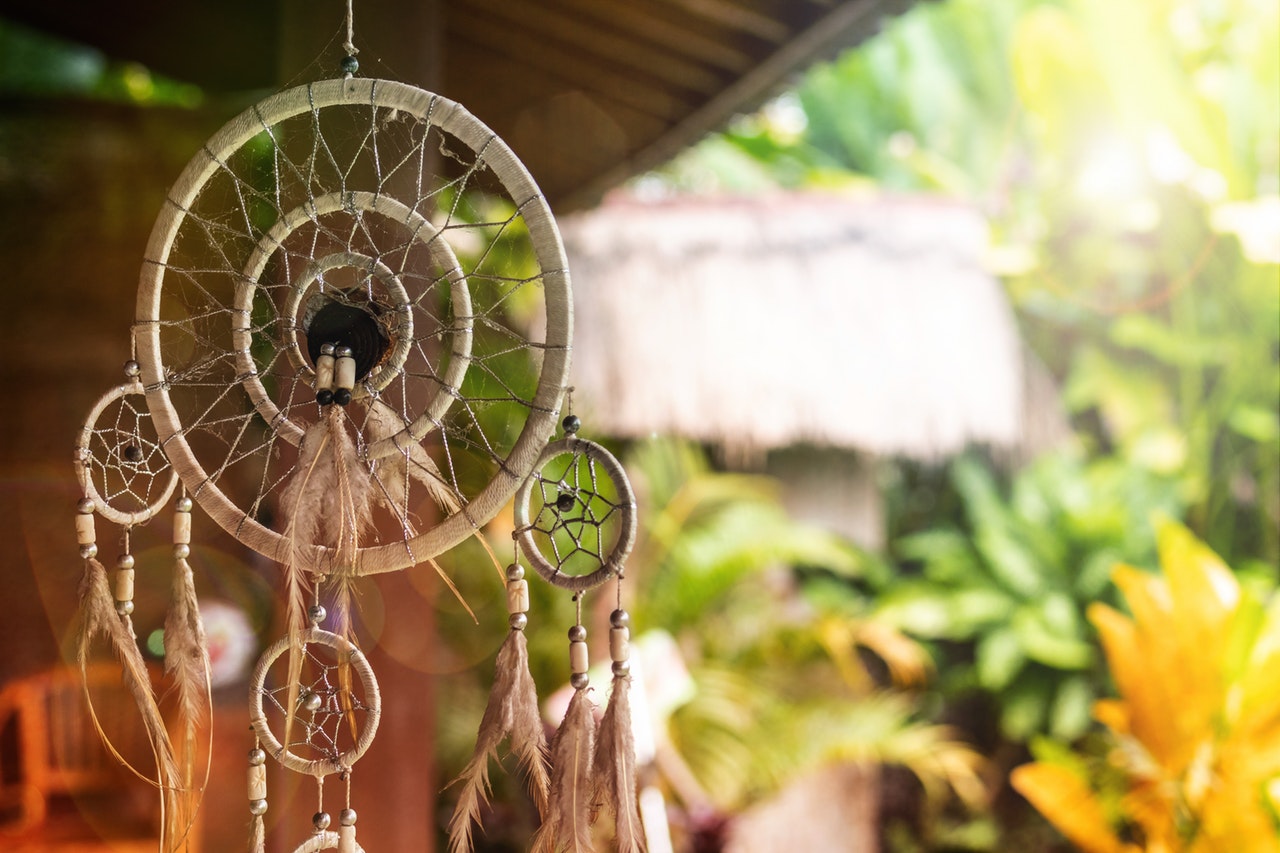 A dream catcher can be anything you want it to be; an object that catches your dreams, a spiritual object, a metaphor, or even an aesthetic decoration piece. It is up to the person to decide what his/her beliefs are. For most people, dream catcher relives their mind by taking all the negativity (in the form of spirits, energies, and nightmares) away. By taking the negativity out, it allows the good and positive energies and dreams to enter a person’s mind. In the end, we need to keep in mind that the Native American culture is not just an aesthetic; and we need to remember the sacred symbols and the Native American mothers’ blessings to their children.