Rainbows: The meaning of a rainbow 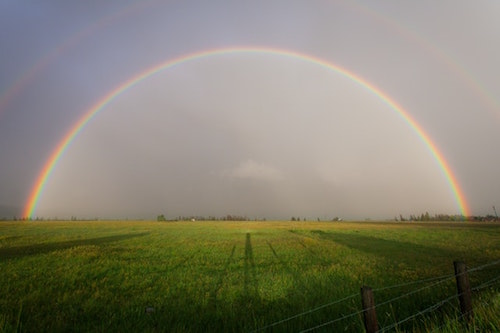 We all have been enchanted by the appearance of a rainbow after a rainy day right? It's a wonderful and magic thing to see that arc full of colors, but, does it make you wonder? You know, about what's at the end of the rainbow? Have you stop and ask yourself about the meaning of a rainbow? What does its wondrous appearance mean? Keep on reading we'll try to enlighten you.

If you look for the meaning of the word rainbow, this is what you'll find: "An arch of colors visible in the sky, caused by the reaction and dispersion of the sun's light by rain or other water droplets in the atmosphere."
Other definitions may include all the colors of the rainbow, seen as a spectrum. By the way, do you know all the colors of the rainbow? Here's a little reminder: yellow, orange, red, green, blue, violet and indigo. It's impossible not to be enchanted by them.

Rainbows have lots of different spiritual meanings, some are biblical, some are from prophecies, they are holders of promises and, some say, of good luck. The colors of the rainbow (depending on the culture) also have different meanings. Let's start with the best known spiritual meaning.

The rainbow could mean a lot of things in different cultures. It has also a spiritual meaning too. It even has a greek goddess that represents it. 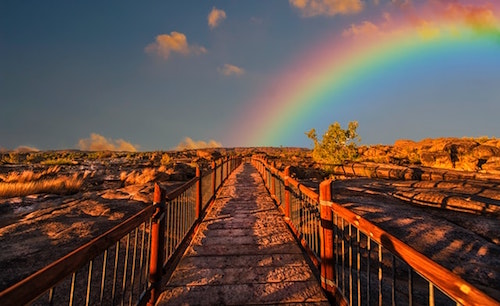 If you've read the Bible, you know the story of Noah and the Ark. After 40 days and nights of non-stop raining, the Earth was flooded. The only survivors were Noah and his family and the ark full of animals. They had to wait for a while for the land to dry so the Ark could be anchored. When it finally happened, Noah and his family emerged from the Ark and they were met by a rainbow. It's written in the Bible that God made a promise to Noah that he will never again flood the Earth and that the rainbow was a symbol of that promise.

The rainbow as a bridge for changes and new beginnings 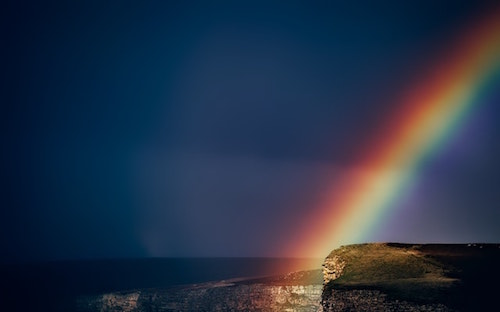 Another spiritual meaning associated with rainbows is that they are a bridge. The arcing form of the rainbow appears to create a bridge that connects one end of the Earth to the other. The symbolism of this is that, in your spiritual development, there's always new beginnings and change.

There are some people that believe rainbows are a symbol of new beginnings. The appearance of the rainbow is the sign they need to start over or to take a break in the path they're on; it's their encouragement send by their spirit guides of by God himself (this depends on their faith).

Other people view rainbows as a sign to take a leap of faith when they need to make a change in their lives. -They set their hopes in the appearance of that colorful arch in the sky.

A physical symbolism of transcending the earthly realm 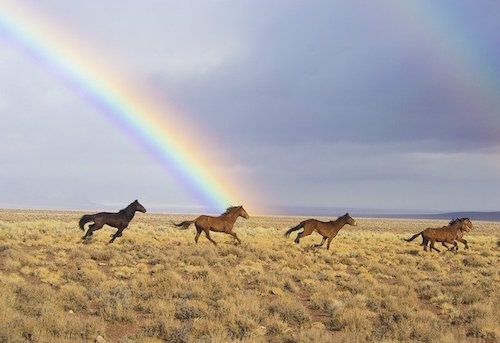 To some people, rainbows are the physical symbolism of this ascent to other worlds. They provide them with inspiration to "achieve greater heights and seek wisdom from the worlds beyond". The rainbow is what makes communication possible between these two realms because it closes the gap. 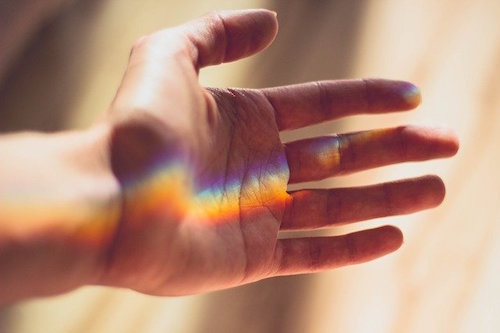 Depending on the culture, rainbows are symbols of hope and luck. The importance of the rainbow as a symbol is told by oral history by the Irish for example.

The pot of gold at the end of the rainbow 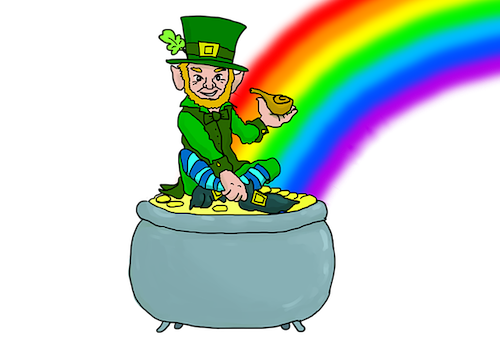 The Irish are responsible for this very well known cultural meaning of the rainbow. It tells the story of how at the end of the rainbow there's a Leprechaun guarding a pot of gold. There's another version in which fairies were the ones that place the pot of gold at the end of every rainbow and then commanded the leprechauns to guard them. 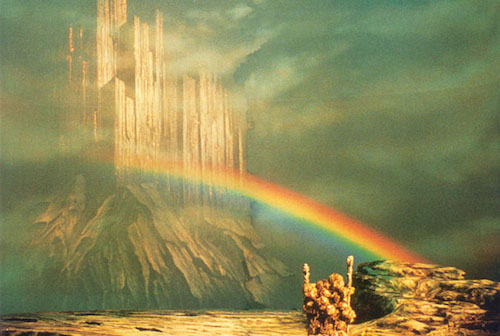 Remember Thor? Well, the Bifröst is based in Norse mythology, it is a rainbow bridge that connects the world of men on Earth with the realm of the Aersic Nordic gods that live in Asgard. In the stories, the Bifröst is used to transport not only Nordic gods to Earth but also to transport the souls of worthy warriors to accompany Odin and his army of gods in the battle during Ragnarok.

Why is Iris the Goddess of Rainbow 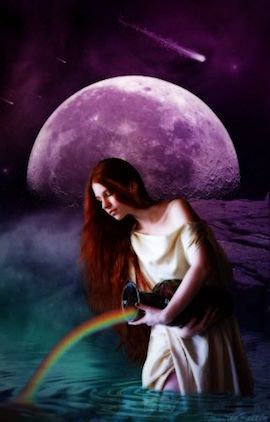 10 Facts About the Goddess of Rainbow

Do you want to know more about this mythological goddess? Here are 10 more facts about her.

1. She is the daughter of a Titan and an Oceanid 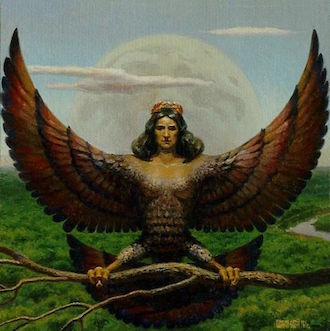 Iris' parents were also deities. The obscure Titan Thaumas also called "the wondrous" was her father; he was primarily a sea deity and son of Gaia. Iris' mother was Electra, an Oceanid. Iris had some very interesting siblings. Arke, she was a shadow goddess and a messenger of the young Titans. Sibling #2 was Hydaspes, he was a river god.

Iris had 4 more siblings called The Harpies, they were monsters with heads of old women and bodies of vultures. These are the Harpies: Podarge or "fleet foot", Aello or "storm swift", Celaeno or "the dark", and Ocypete or "swift runner".

2. Iris was the original messenger 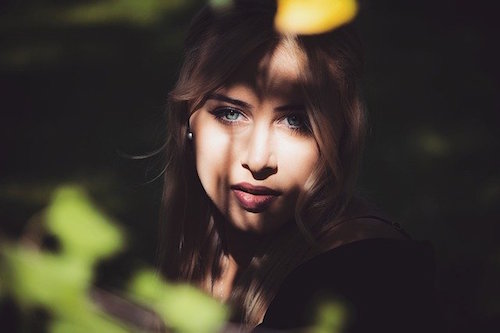 According to Greek mythology, in the early days, Iris was the only divine messenger. Even though Hermes is the most famous of the two messengers, Iris was the one who monopolized that function in the beginning. She's mentioned in Homer's "Iliad" as the one relaying messages from Zeus to other gods or mortals.

3. She was loyal to Hera 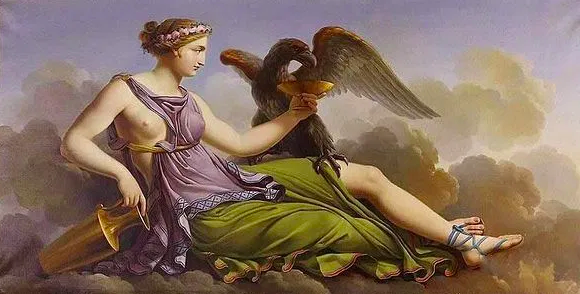 To differentiate the functions of Hermes and Iris, poets in the later day turned Iris into a loyal servant of Hera. For example, Callimachus, a Greek polymath of the third century BC compares Iris to a hunting hound of Hera because she was always seated by Hera's throne and her ears were always erect to receive Hera's calls.

4. During the Trojan wars she was messenger of all 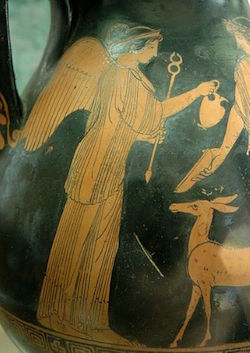 5. She saved The Harpies 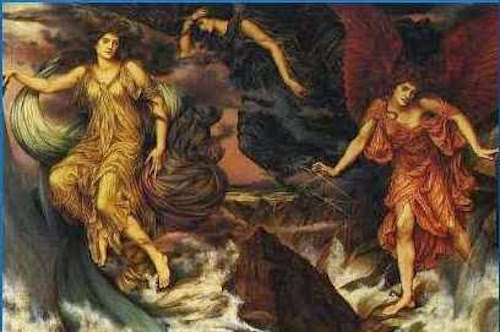 In the adventures of Jason and the Argonauts, Iris saved her sisters, the Harpies when she restrained Zetes and Calais from killing them She did that by promising the Boreads that the Harpies were not going to bother Phineus anymore. However, when it came the time to save her twin sister Arce, she was not very protective, she sided with the Titans against her.

6. She was wed to the god of the West Wind 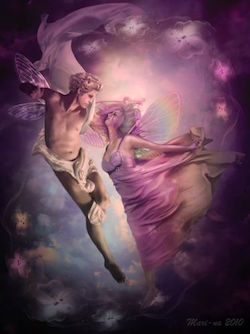 In Greek mythology, Iris was wed to Zephyrus, he was the god of the West Wind, this marriage produced just one minor god, Pothos, the god of longing. In other stories, she has four sons known as the Anemoi Thuellai aka lesser winds: Skiron, the northwest wind, Lips the southwest wind, Apheliotes the southeast wind, and Kaikias the northeast wind.

7. She had the ability to shape-shift 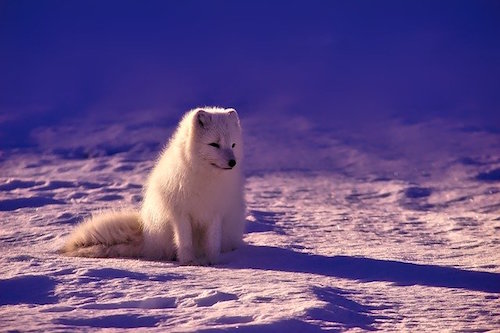 In one Homeric epic, Iris in her role as a messenger needs to convey information to a mortal, since she cannot do this in her goddess form, she uses her shape-shift ability to take the form of a human. Usually, when she shape-shifted she took the form of a human known to the mortal she was conveying the message.

8. She was the one in charge of getting water from the River Styx 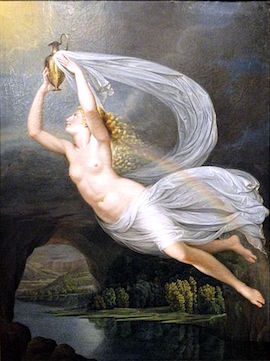 One of her jobs as messenger included getting water from the River Styx. She did this whenever the Olympiads needed to swear an oath or wanted to know if someone was lying. Swearing on the River Styx was sacred to both gods and mortals, so if any of them drank the water and then lied, they would lose their voice for seven years.

9. She was present when Madness descended on Heracles 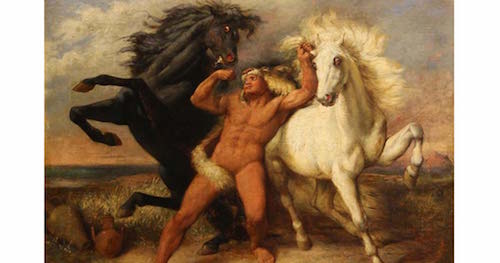 Iris was present when, at the behest of the jealous Heda, Madness descended on Heracles aka Hercules. This Madness caused Heracles to kill his wife Megara and the, at least, eight sons they had together.

10. Iris could travel to all the areas of the cosmos 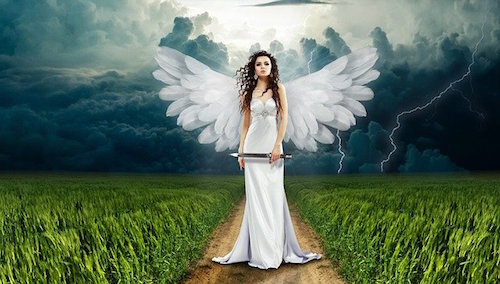 Iris, apart from being the link between heaven and earth, was depicted with golden color wings which allowed her to travel to all the areas of the cosmos. She was able to travel to the bottom of the ocean as well as to the depths of Hade's realm. And she did this quicker than any other god. 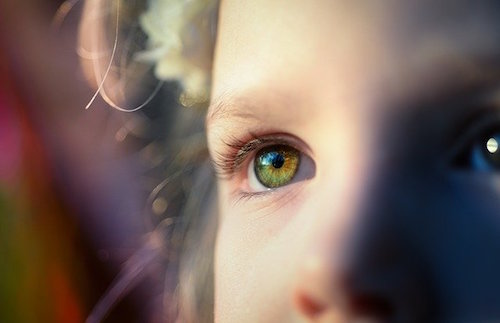 Iris, the goddess of the rainbow was considered the messenger of light. We can definitely draw inspiration from her by being attuned to messages that convey hope and peace and love. Just let yourself be amazed by the appearance of the rainbow after the storm, internalize the message conveyed by all those magic colors and pass it on so it can stay alive.

Related Article: Goddess 101: Who Is Freya, The Goddess Of Feminine 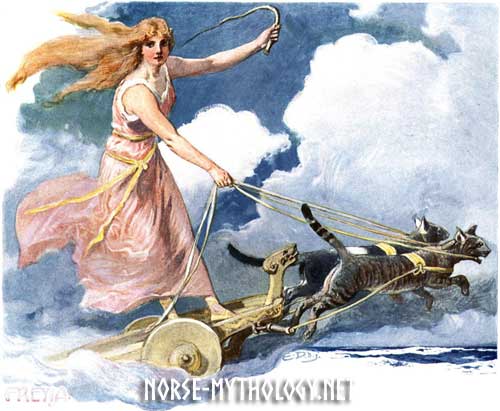 Who is this Norse Goddess who represents everything feminine 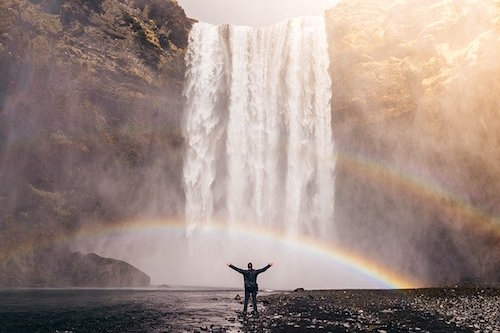 Iris the goddess of the rainbow was the personification of a bridge, that was luminous and full of hope that linked heaven and earth, humans and gods. She was the ultimate messenger.