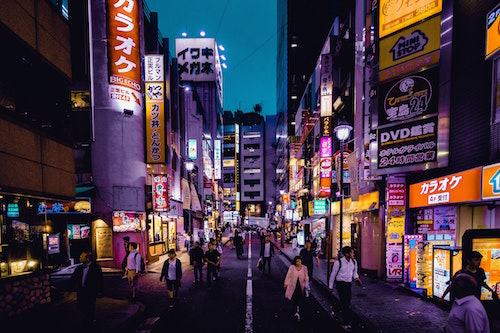 Japan is notorious for its high suicide rate in Aisa, due to its high-pressure work environment, and the mentality to not share your burden with others and to take on everything yourself. People in Japan are a lot more stressed than just the smiley, a polite face they show you.

Suicides in Japan has become a national social issue. Although showing a declining trend in recent years, after having peaked in around 2007, there were still about 70 suicides daily in 2014 in Japan. That's a very high and alarming figure. What's more alarming is that, for most of the suicides, there was no sign at all. Victims never sought help and neighbors didn't take the extra step to help out.

The distance between people created lots of problems. Some people are so isolated from the rest of the world that they simply walked off the forest and let themselves die there so they don't rot in their apartment because they don't want to leave behind a mess. Of all the places that are famous to be a suicide spot, Aokigahara Forest stands out to be the most notorious suicide spot for all the lonely old people with no one to tend to. 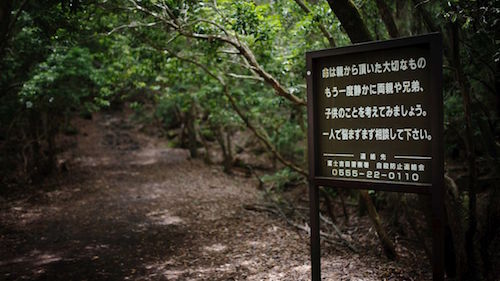 Commonly known as the Sea of Trees, Aokigahara Forest situates on the Northeast side of Mount Fiji, stretching over 14sq miles. In Japanese mythology, the forest is said to be linked to ghosts and spirits residing within the woods, including those that lost their lives there.

Aokigahara Forest is said to be one of the most popular suicide sites in the world and signs are put up at the beginning of the trail to advise "death-seekers" to seek professional help. In 2003, a total of 105 bodies were discovered within the area, way exceeding from the 78 bodies found in the previous year. In 2010, the police recorded at least 200 people have attempted suicide in the forest.

Annually, a large group of searchers comprised by the police, journalists, and volunteers continuously sweep the area to look for bodies, prompting the authority to put up more and more signs at every entry point to the forest, urging people to not take their lives in the forest and to seek help if needed. The police no longer publicized the official deaths in the forest to reduce the notorious name of the "suicide forest" associated with it.

The forest itself is very densely comprised of tall trees, making it confusing to navigate even for trained hikers. Many would come to the forests and deliberately wander off and let nature consume them, while some are lost due to the confusing layout of the forests. Recently, hikers have put up plastics along the way so it's easier to recognize the direction than just a regular mark.

While the public may never know if the suicide rates indeed dropped or not since the police don't reveal official figures anymore, one thing is for sure that this place has attracted thousands and thousands of tourists every year just for the mysterious name of it.

Aokigahara Forest in the Limelight 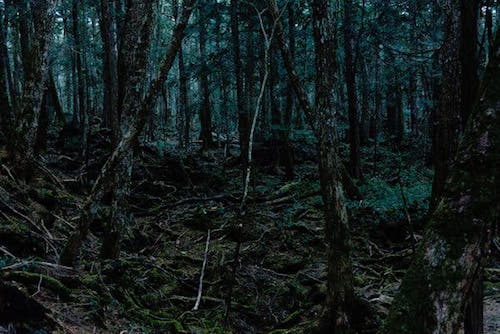 The forest has long had a reputation in Japan. However, it was not until recent years that its name spread across the world. People are drawn to mysterious and sometimes, dark things. The forest formulates the perfect equation for mystery lovers, its old history, spooky layout, an unknown number of deaths. No one knows what exactly goes on in the forest that makes it a popular suicide place, and of course, it's for the same reason that the forest has gained media attention, positive or not. 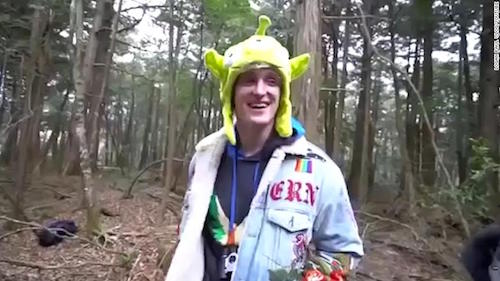 Logan Paul is one of the top paid Youtubers that has over 19 million followers. He is famous for his pranks on members of the public and his controversial and sometimes outrageous videos. His reviews have been extremely two-sided even before he got in the Aokigahara Forest backlash.

In 2017, Logan Paul posted a video of him exploring Aokigahara Forest with his friends. He told views that this forest is one of the most haunted in Japan due to the high number of suicides and they wanted to show viewers what it's actually like in the forest.

Despite the fact that they didn't seem to think they would find anything, or to be deliberately looking for something, the group soon came across an apparent suicide victim's body hanging from the tree. The group was shocked at first but Logan soon made it into a joke by mocking his friend that was terrified and for repeatedly saying, "yo, is this real? Are you alive?" to the dead body. The then-soon-was-taken-down video also showed multiple closed ups of the body, blurring the victim's face.

Not surprisingly, the video caused a huge backlash, with a monsoon of negativity criticizing Logan for its ignorance and its "witty" attitude towards suicide victims. Many celebrities, mental health experts and even his friends panned him for the action. Logan later issued an apology saying he "made a mistake, just like how people make mistakes".

One thing worth noting is that, since the video, not only did Logan lose his reputations or business on Youtube, on the contrary, he gained even more followers and many brands started collaborating with him. Many critics have brought up how this negatively reflect the morals of our world and how so many people think suicide sites are a form of entertainment and that this is acceptable. 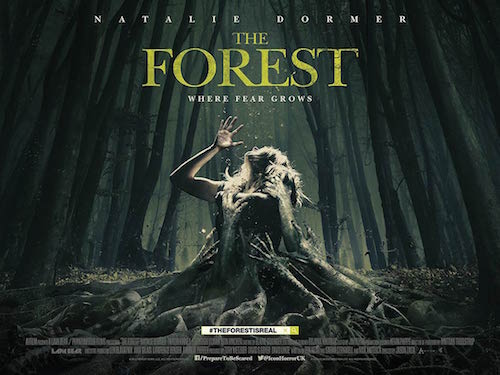 The Forest is a 2016 American supernatural horror movie, directed by Jason Zada and starring Natalie Dormer and Taylor Kinney. The movie follows Sara (Dormer) traveling to Aokigahara Forest in search of her missing twin sister whom she is convinced to be alive, despite others claiming she had died of suicide.

The movie comprises the elements of a demonic presence, mental health issues as well as the physical challenges of being in rough terrain. It resonates with the audience as they begin to understand it's a bit of everything combined to tip someone over the edge.

In the movie, Sara was exhausted and confused with the forest being almost impossible to navigate, physical exhaustion turns into hallucinations and eventually, it is revealed that there is indeed a demonic present in the forest.

Movies like this spiked up public interest as people love a good horror movie based on real places or real events. This put more spotlight on Aokigahara Forest. More and more people begin to associate the forest with ghosts and spirits, with many travels there just to find demonic evidence.

Critics noted that movies like this may not be successful in bringing awareness of the suicide concerns in the forest, quite the opposite, it may even prompt people to commit suicide there as a "glorious act to die in spirited place". None of these popular movies or even like the video Logan Paul made contributed to raising awareness, it may even create a stigma against people struggling with mental health as they will either be seen as crazy or weak. 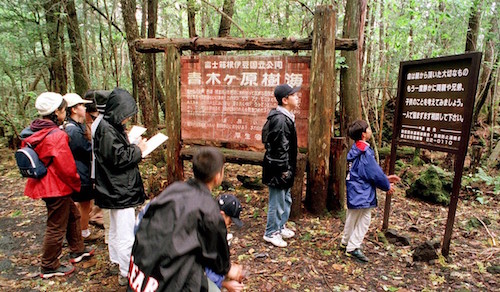 There are many tours you can book through Expedia, travel agents and hotels. Many don't particularly emphasize the place as a suicide forest and only brand it as a regular tour to avoid hitting on such a sensitive topic. Your tour guide will likely share some other facts than the suicides to lighten up the mood. In Japan, they take huge respect for the spirits. Even if your tour is deliberately made for discovering the suicide land, you will likely only get facts and enjoy the scenery rather than having the chance to run off with a ghost detector to try to talk to spirits.

If you really want a haunted tour, there will be some options available through local travel agents. It is not wrong to be curious, but always remember to be respectful. Japanese take spirits seriously and they don't want to offend the spirits. Whatever you see or hear during the trip, try to refrain from making jokes like Logan Paul as it would be highly inappropriate.

Given the rough terrain of the area, always book with a credible agent to not give yourself any chance to be lost within the majestic trees. 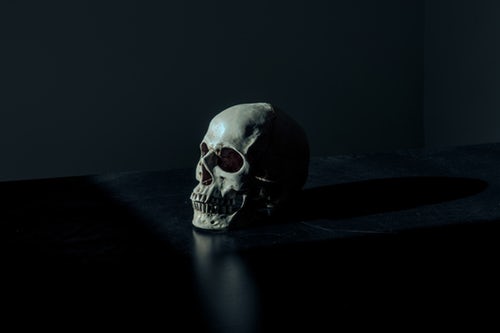 Popularly known as Hela in Marvels, the origins of this goddess 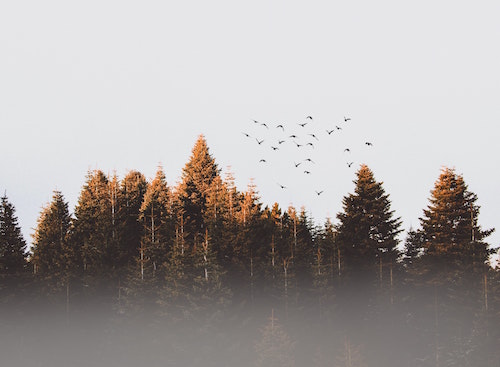 Mental health is a huge and sensitive topic. We may never know what is the true reason to attract so many to commit suicide in the peaceful woods, we should try to raise awareness instead of intruding. Aokigahara Forest is a peaceful area not far from Mount Fiji, there is so much more to the land than just a suicide ground.

Officials in Japan are trying to tackle their high suicide rate problem. We are never too far away to help. You can raise awareness by joining some mental health activities in the community and care more for friends. If you are the one that needs help, talk to people or even write about it online. Suicide is never the only option you have.