Who Is Freya And Her Other Names 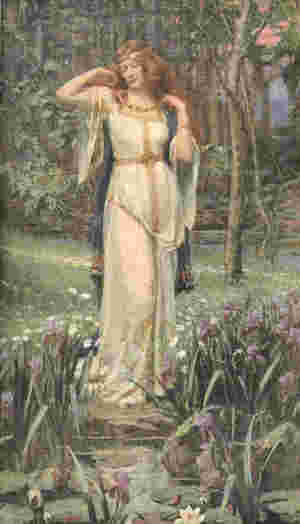 The symbol of war, death, love, beauty, and fertility, Freya is the beloved goddess from the Norse mythology (Scandinavia, Nordic countries). Daughter to the principal god of Vanir Njord, Freya is an honorary member of the Aesir gods.

She is kind, beautiful and gentle, capturing the hearts of people. Due to her fondness of beauty and fine material possession, she’s considered to be the ‘’party girl’’ in the family. She put no restraint on her sexuality to live to the fullest, causing Loki to once accused her of sleeping with every man in the realm (which was probably true).

Like most gods, Freya had other names in the old Norse mythology, including Gefn, Horn, Mardoll, Skjalf, Syr, Throng, Thrungva, Valfreyja and Vanadis. The majority of these names are Swedish or ancient Nordic languages related to fertility and propensity.

While Freya may not be a familiar name for us, to Scandinavians, Freya is a cool legend, a captain Marvel of the Viking times, a goddess of bravery and elegance. Men respected her and women awed her.

5 Things You Should Know About Goddess Freya 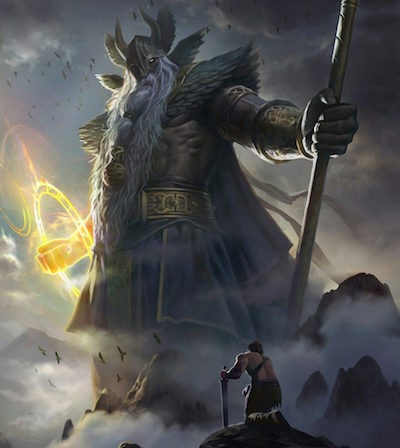 If Zeus is the most well-known god in Greek mythology, then Odin is surely the Zeus of Norse mythology. Thanks to our great Marvel movies, Odin is no stranger to us, the authoritative, kind, loving father to Thor and Loki. Would you be surprised if you find out Odin is Freya’s husband?

It was mentioned that Freya was weeping tears of red gold when Odin was away on his long journeys. Odin spent much time traveling through the Nine Worlds when he was married to Freya that he probably spent more time outside of Asgard than inside of it.

Odin was mostly traveling with an alias to disguise his identity, hence, the lack of story to be told. That’s also a reason why some only consider Freya’s husband to only be a nominally distant extension of Odin.

Underneath the ‘’party girl’’ vile, Freya was just a loving wife, longing for her husband to come home. She spent much of her time waiting for Odin. That being said, in some versions, she was accused of sleeping with a slave and other gods while Odin was away, causing Loki to despise her. 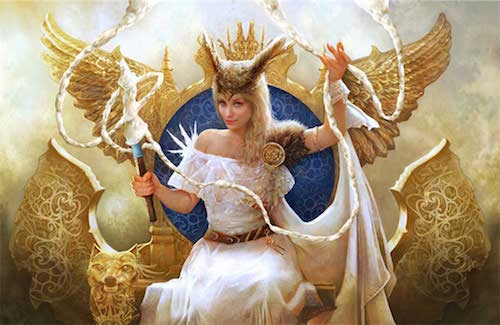 The world “Friday” in our language is named after Frija, the foremother of Freya. Frija is a Proto-Germanic goddess. It’s interesting to know that it’s unique to the Norse mythology to treat the two goddesses separately. The Germanic people seem to treat Freya, Frija, and Frigg as the same goddess. While we may never know of the reason for this, probably due to the error in spreading the tale through time and different regions, we know that the word Freya is more of a title than a name. Freya refers to lady or Mrs in the Viking Age. It’s the same as the modern German word Frau. Since these goddesses are considered the same as the Germanic people, it means that Freya also represents Friday. 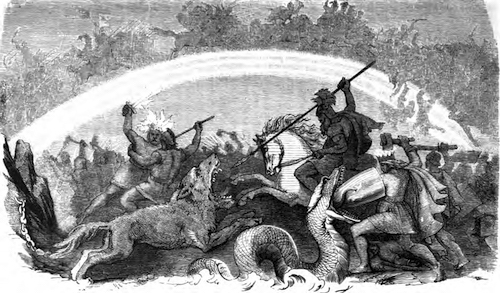 Freya was torn apart deep down during the battle of Ragnarok. She was the Goddess of war and death. She should be fearless when facing enemies. Yet, she chooses a more peaceful way and stayed away from Ragnarok. That’s because she was also the Goddess of love and beauty. She wanted peace for her people and didn’t want bloodshed all over Asgard.

Ragnarok brought great loss to Asgardians. Freya and her Valkyries managed to survive the war, Odin’s Valkyries were less lucky. Her father Njord also died during the battle. Ragnarok was destined to scar Freya forever, for choosing to stay silent.

After the battle, Freya took a huge role in helping the survivors of Ragnarok when the battle was over. Freya feared wars, regretted not stepping up. Yet, she still chose her peaceful and quiet life after Ragnarok was over, in hopes that wars would never go near her again. 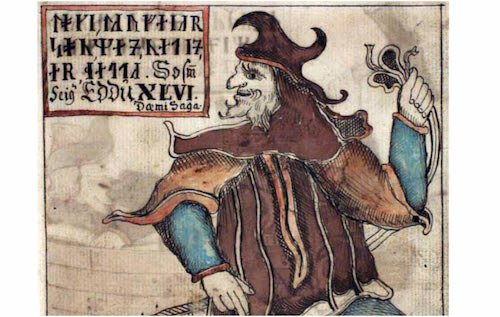 Freya and Loki had long had a troubled relationship. Loki despised Freya for being the party girl and accused of her sleeping with every god in the realm, including her brother and even a slave. Freya was gifted with Brisingamen necklace by the dwarves and Loki framed her for stealing it in front of Odin.

In one of the stories, Loki even admitted having an affair with Freya, which could be a lie since Loki is the God of trickery. Loki may not hate Freya in particular, he just wanted to start feuds in the family enjoyed tricking others.

Freya argued with Loki and wanted him to shut up about those inaccurate rumors. Loki told her to be silent instead. Their long unstable relationship made it hard for Odin to rule the family sometimes. Luckily, there's never bloody violence between Freya and Loki.

5. Freya and her bravery 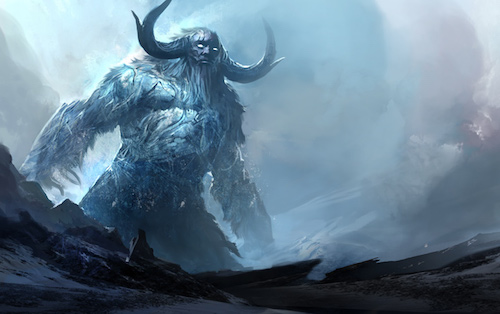 Freya is the Goddess of love and beauty. She is kind to everything and everyone. The one thing she feared was the frost giant that kept on trying to win her heart. On one occasion the gods were having a feast in Asgard and a drunk frost giant came by and started causing trouble. No god dared to speak up or to take care of the giant, except Freya.

Freya was the only one brave and kind enough to serve the giant food and drinks despite her dislike for him. Kind-hearted has always been true for Freya, she never wanted to hurt anyone, and is always willing to take the courage to step up when necessary.

How You Can Draw Inspiration From Freya 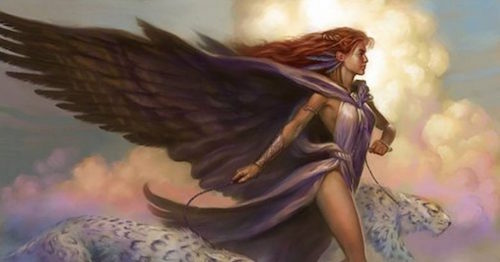 Every time Freya appeared, she was elegant and graceful. She would never appear in distress or be too hysterical. She also managed to stay calm and think of peaceful solutions to her problems. Her grace and kindness is definitely something to learn from.

When facing a war, Freya would back out, not out of fear, but out of love for her people. Wars cause deaths. Deaths of those that might not even want to be in the war, to begin with. Freya would always choose the peaceful way. Sometimes, taking a step back doesn't equate weakness. On the contrary, it shows bravery, willing to lose your dignity for the safety of others.

Learning when to step up is also important. Like when Freya stepped up when the frost giant came. She was scared herself, but she didn't want to kick the frost giant out since he didn't mean harm and he was too drunk to take care of himself. Out of kindness, Freya became brave enough to host him. Knowing when to be brave is something to be learned from Freya. There will be times in life where we're scared of something but have to step up because no one else would. A brave soul will only come to be after thousands of tests. Be brave when your challenges present themselves. Take Freya as your inspiration and be just as kind and free-spirited!

Related Article: 25 Best Tips On How To Be More Feminine And Attractive 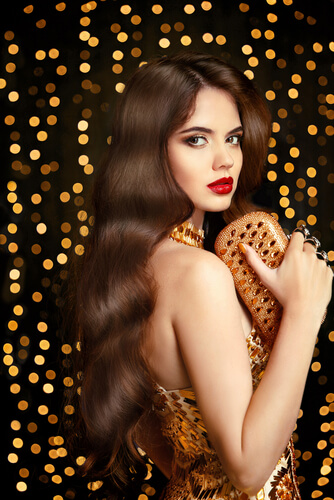 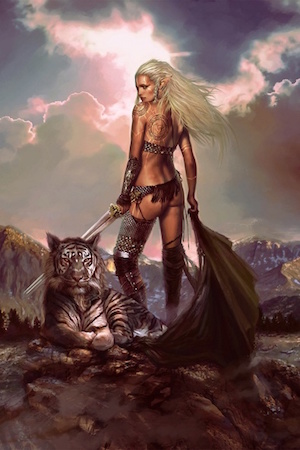 Freya isn't a well-known goddess in the Norse mythology for people far away from Scandinavia. Most never even heard of this goddess. Yet, she is closely related to a ton of famous gods, like Thor, Odin and Loki and the almighty Asgard.

Freya did a lot of good deeds and helped everyone with all she can. She spread kindness in the world and showed her grace. That's why she was well-loved by the people. She may be the party girl in the family, but she surely knows when to step up and do her duties.

Putting the people she cares about first is one thing that makes Freya so noble. She wouldn't hesitate to do everything to protect those she loves. You can call her a free spirit in this century. She loves doing what she does and wouldn't stop for anyone. People's judgement is never a reason for her to stop. As long as she feels it's right and doesn't hurt anyone, she goes for it.

There're still plenty of stories about Freya and her legends. Let's hope in the future Marvel will introduce this goddess so we can know more about her through the magical MCU!