The New Age era has been around for quite some time and it has proven countless times that it's here to stay. If you aren't familiar with what new age is, in a nutshell it's spiritual teachings on how you can reach your highest potential within yourself and within your life through various styles of spiritual practices.

Today we live in the age of technology which is perfect when seeking new age teachers. Most if not all, of these teachers, can be found on YouTube which is very great as all their material is right at our fingertips. While most new age teachers have been teaching for decades lots of them still remain active these days on social media, even outside of YouTube. So, without further ado here are 12 amazing new age teachers you can find on YouTube 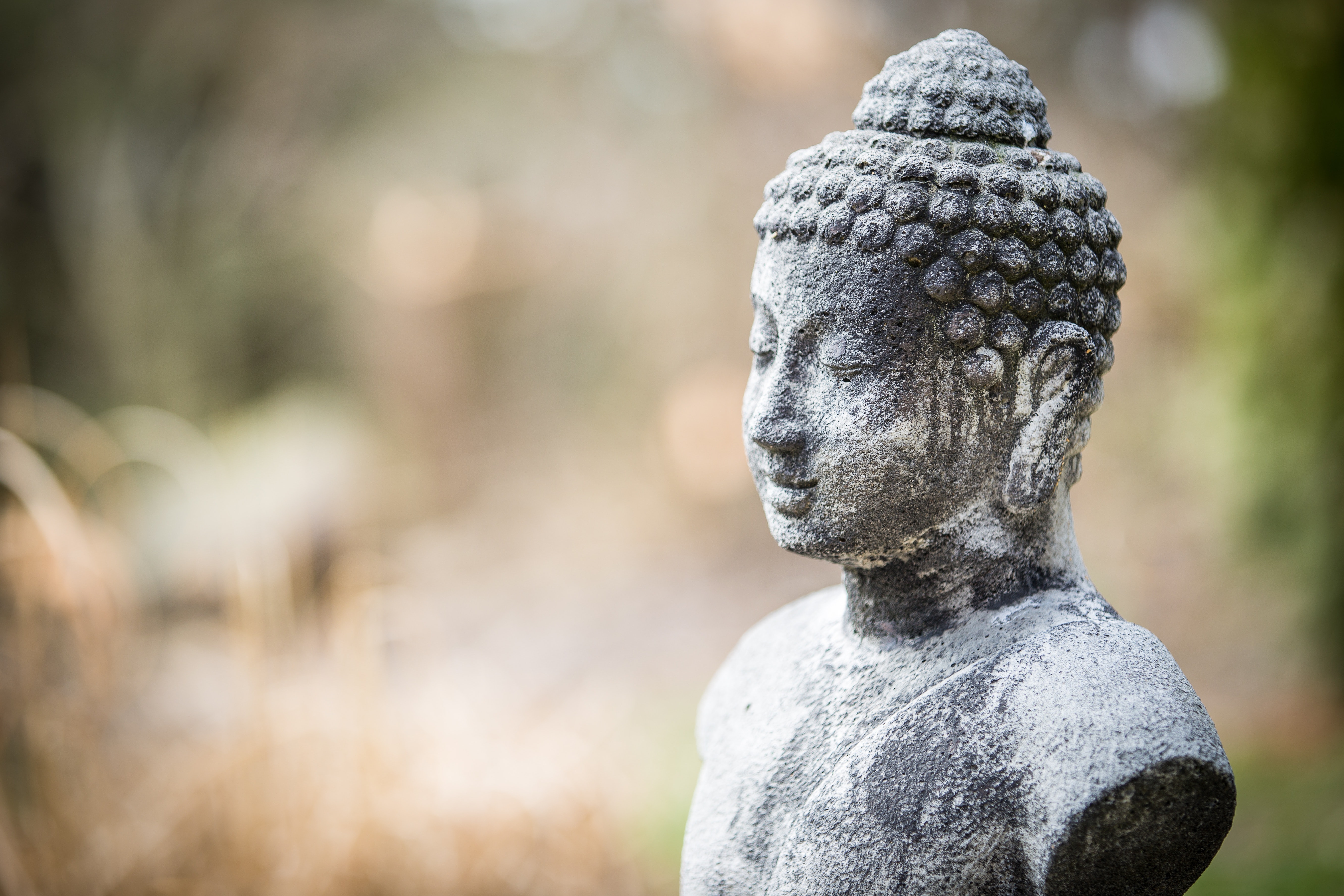 Neville Goddard was well known for bringing the power of the imagination to the forefront of the world of thought. He even credits the use of his imagination as the tool behind his honorable discharge from the military during WW2. It was during the 1950s and '60s that Goddard began teaching others how to "lovingly" use their imagination in order to obtain the life they desired.

He also teaches the importance of discipline when utilizing the Law of Attraction and several techniques that have worked for countless people all around the world. Today, Neville Goddard's teachings can still be found all over the web as many have taken steps to preserve this timeless and invaluable information. 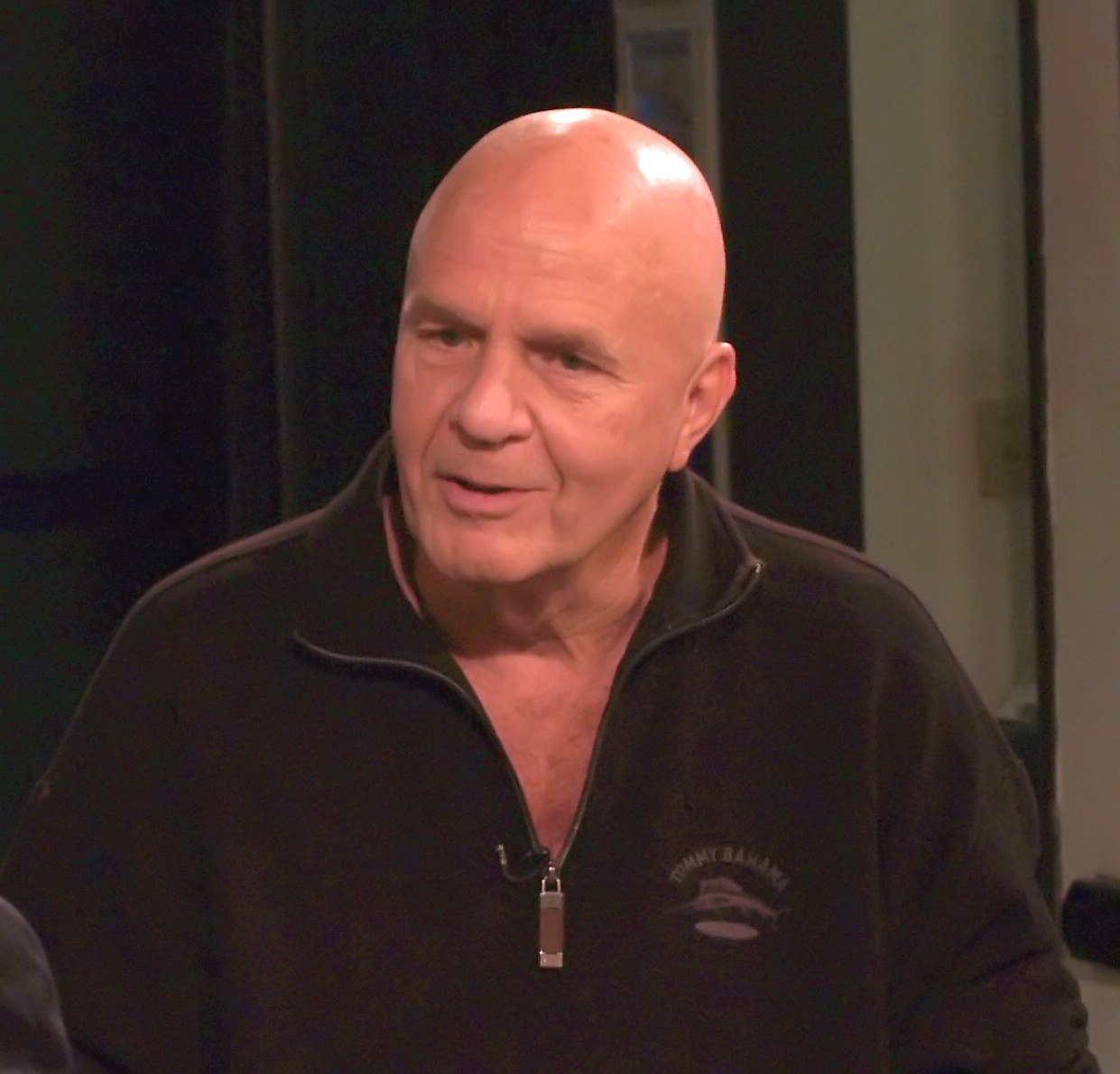 If peace and calm are one of the many things you seek in this life Dr. Wayne Dyer can certainly help with that. Dyer is known for teaching others how to change their lives through self-empowerment as well as how to obtain peace and happiness. He also helped people to connect to their spirituality to further awaken their inner abilities to really live the life of their dreams.

Dr Dyer was also well known for his infamous quotes as he was also a teacher of positive affirmations. He was also well known for motivational speaking and positive thinking. he strongly believed that thinking positively helped to manifest or bring goals, to life. On top of these achievements, Dyer has written and published 30 plus books. He's also known for his inspirational quotes which along with his teachings, are still used the current day.  One of his most famous being: "If you change the way you look at things, the things you look at will change."

Perhaps one of the most well known, Deepak Chopra continues to bring limitless value into the world of thought. Throughout his career, Chopra has become a unique voice in thought leadership. This is not only due to his phenomenal techniques but also because of his ability to blend science, medicine, and spirituality all in one. Chopra also delivers and incorporates ancient techniques such as meditation into his teachings.

Chopra continues to leave his mark in the new age world and has even worked with notable leaders like Oprah, with whom he has created meditation courses with.

Esther Hicks, known on stage as Abraham Hicks has been active in the thought leader community since 1997. Hicks who works alongside husband Jerry Hicks has impressively held workshops since 1987, in 60 cities each year. These workshops are used teaching others about the Law of Attraction and how they can utilize this as a tool to propel themselves forward and create their dream life.

Hicks also stresses love in her teachings. She teaches that we all love and come from love, and with it anything truly is possible. That the universe is on our side and all truly is well in the end. 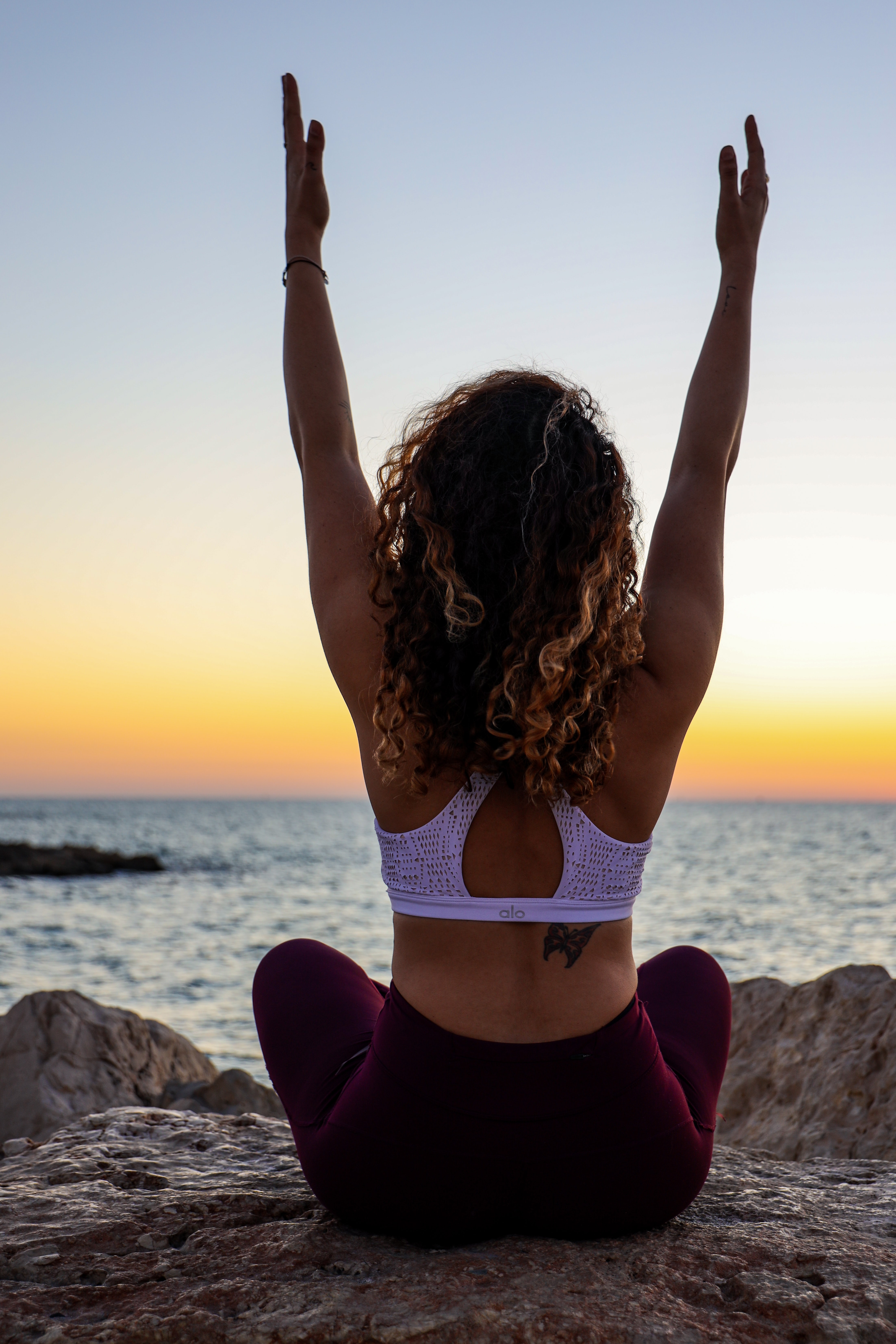 Allan Watts played a huge role in bringing Eastern teachings into the Western world of thought. He made Zen Buddhism very well known in the west and has used it greatly in his teachings. Watts was very big on spirituality and really got his start in the subject after becoming apart of a Buddhist Lodge as a teen. During this time he learned about various types of meditation and from there Watts would, later on, move to San Francisco in 1951 to start his journey teaching Buddhism in the west.

Watts also published several books, hosted seminars, and even took his infinite knowledge and wisdom into the world of radio. He continues to inspire and teach long after his physical presence while still making an impact in the  Western world of thought.

Eckhart Tolle teaches us the power that truly lies within the mind once we understand how it works, and how to get past whatever may be stopping us. Tolle's teachings focus heavily on how to get past the ego and overcome barriers within ourselves so that we can reach other other side wherein lies love and peace.

Tolle influences on another level and his best selling book titled The Power of Now proves just that as it's even caught the attention of celebrities such as Oprah. 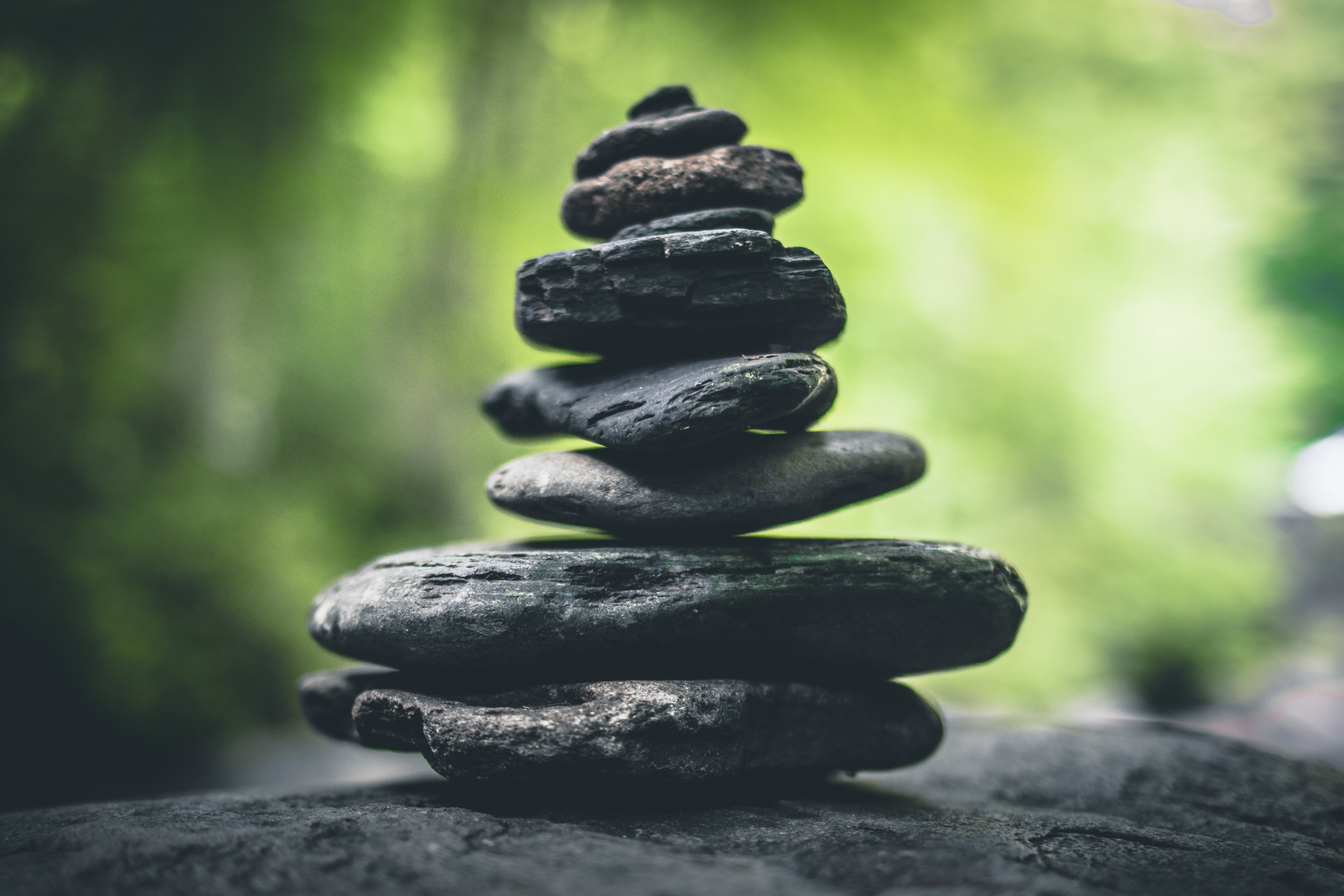 Barbara Marx Hubbard has been called an "evolutionary thinker" and referred to as a "futurist" for her phenomenal works as well as her forward-thinking. One of the many memorable ideals Hubbard was known for was her continuous fight and efforts for the global crisis. She was also an author and also co-founded the Foundation for Conscious  Evolution.

Rhonda Byrne is most known as the author of The Secret a book that teaches about the Law of Attraction which was also made into a movie. Both the film and book detail all about how the Law of Attraction works as well as provide real life accounts where people have healed themselves from severe injury and illness by simply changing their beliefs.

Both the movie and the book sold 90 million copies back in 2007 and in the same year, Byrne was placed on Time Magazine's 100 Most Influential People list. She would later gain even more notoriety and popularity after her appearance on The Oprah Winfrey Show.

With a background in psychology Tara Brach professionally trained in Buddhism. She incorporates both as she teaches her clients about the amazing technique during therapy sessions. She also, in turn, teaches her meditation students about psychology. Even today Brach has taught other psychotherapists to utilize and integrate the powerful technique into their work. 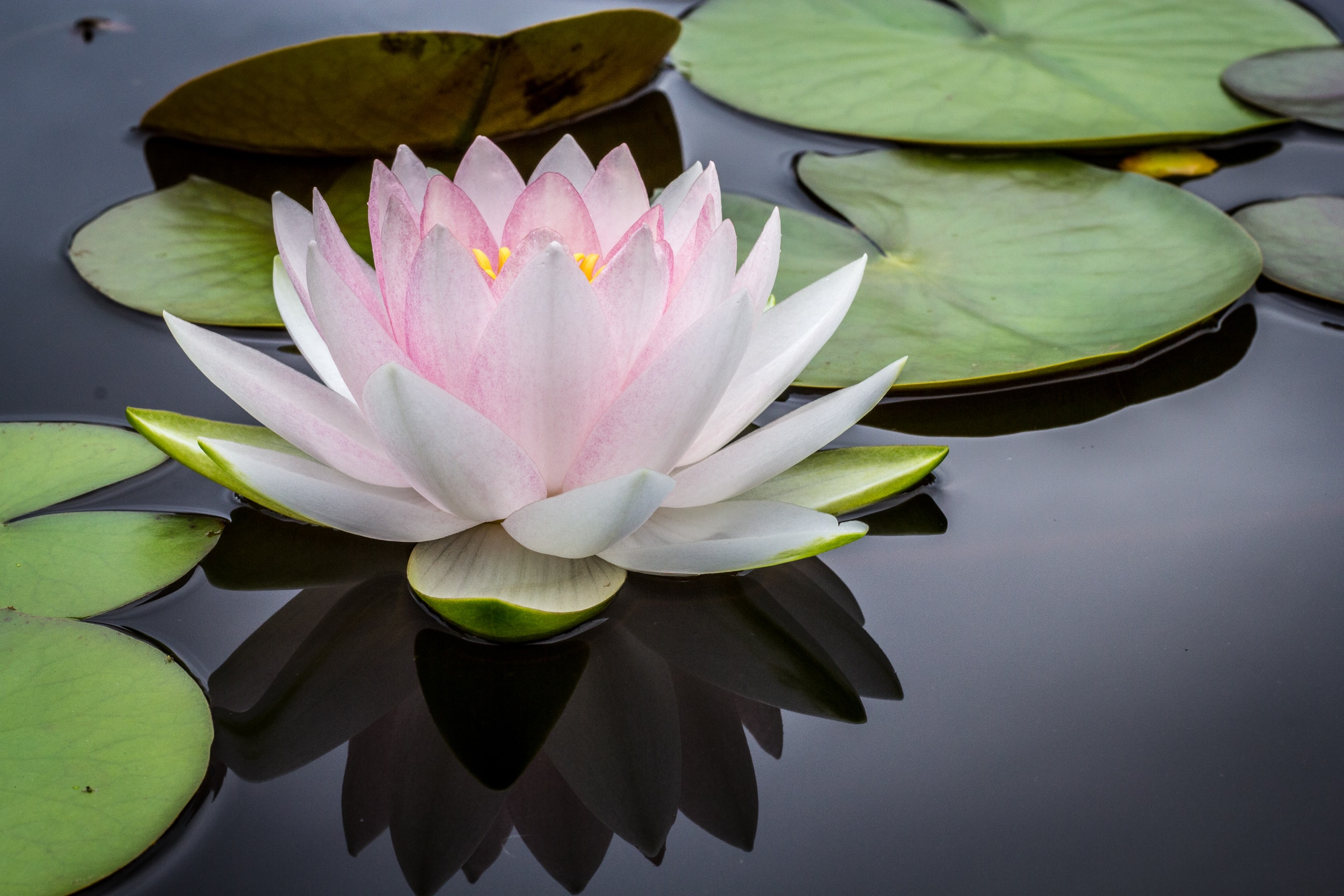 Coming from a Catholic background, Jan Frazier discovered spirituality after having what she describes as "a radical transformation of consciousness." Frazier who had a deep fear within suddenly felt free after this discovery. She shares her experience in her book titled When Fear Falls Away: The Story of a Sudden Awakening. Frazier has also expressed her inspiration coming from thought leaders such as Eckart Tolle.

Jack Kornfield teaches and writes about Buddhism. He first trained as a Buddhist monk in Mekong River Valley and from there he teamed up with a few other meditation teachers to open the Insight Meditation Society.

Jack Kornfield has spread his wealth of knowledge in several bestselling books. He's also taught in several universities around the world while working with many other world reknown spiritual teachers.

Don Miguel Ruiz began his journey to spirituality after his distinctive experience. Ruiz had an NDE or a near-death experience which led him to become a spirutal writer and healer.

Ruiz believes in being free. Free from living under the negativity of others and nstead grab hold of life and live it to the fullest. 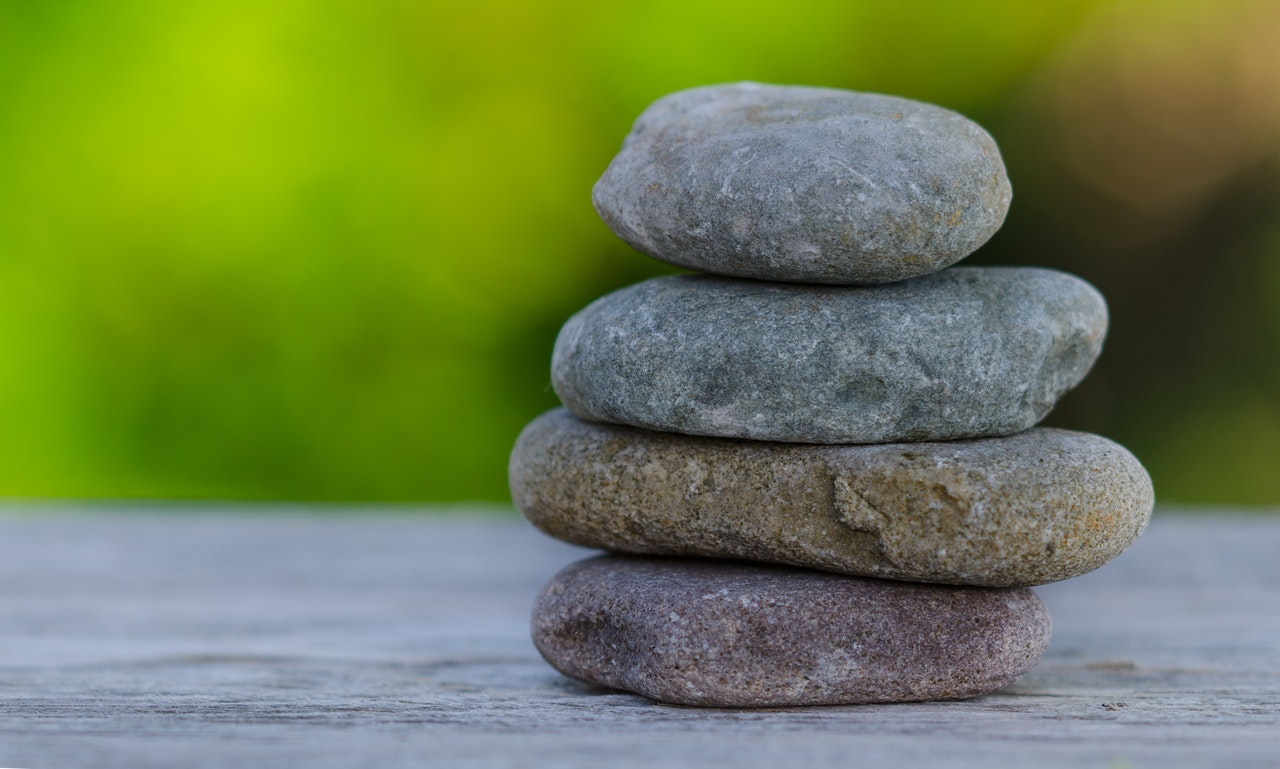 There are several golden pieces of advice we can take away from new age thought. First starters simply stopping and smelling the roses can make a huge difference. By taking time to slow down each day we can take in the true beauty the world around us has to offer. Another wonderful piece of advice we can take away is to love more. Believe it or not, we are love. We are all made from love and we all have the ability to give and share this wonderful emotion. If we just take a moment to show it in the smallest and biggest ways, the world truly would be a better place.

And of course, be kind and believe in yourself. We have the ability to reach our potential in the greatest of ways. If we can erase the negative self-talk we can start with being kind to ourselves, so we can then be kind to one another. By spreading more positivity around us in our daily llives we can truly make the greatest impact for each other and the world around us. 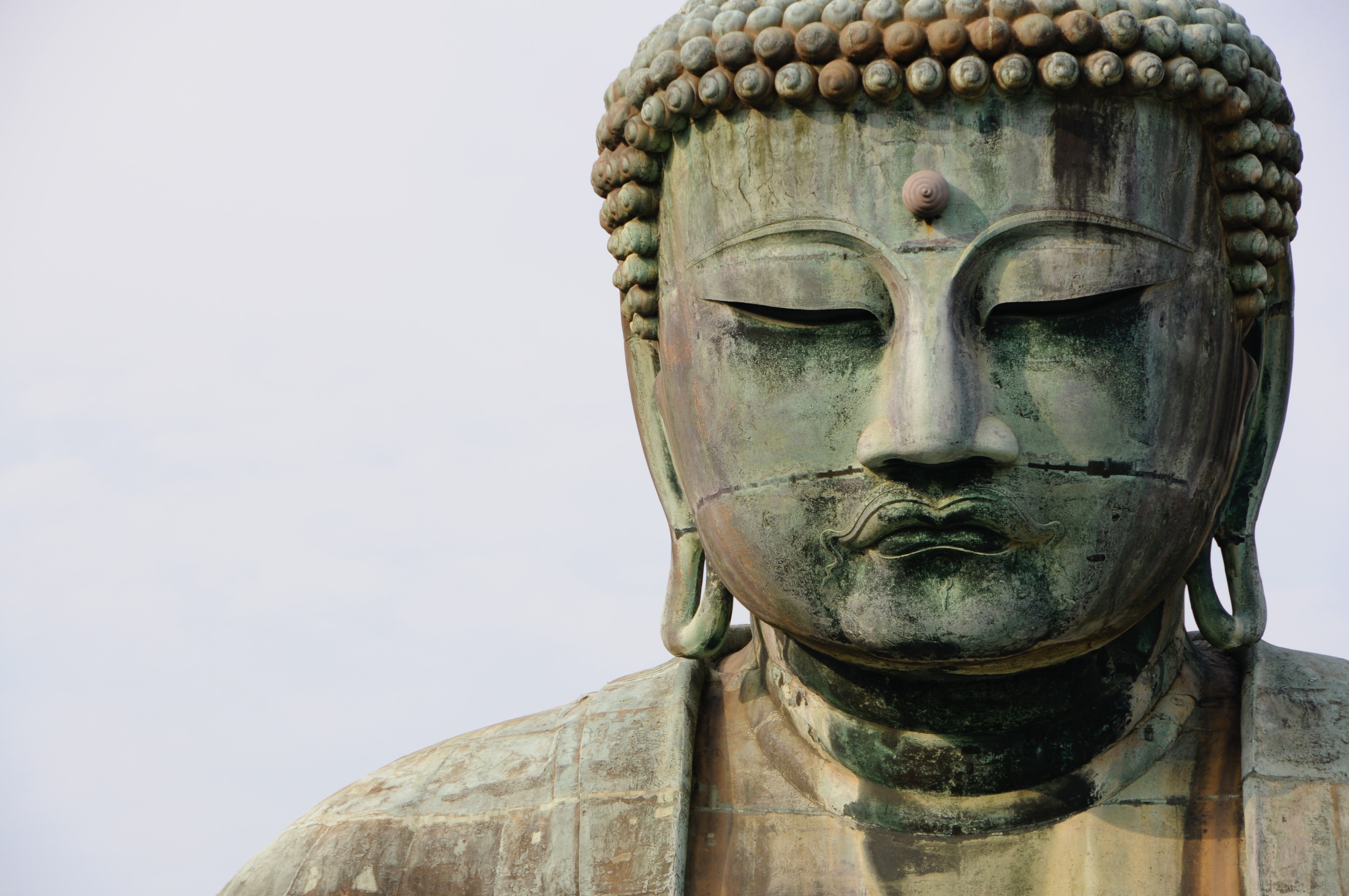 How New Age Teachings Can Benefit Your Life 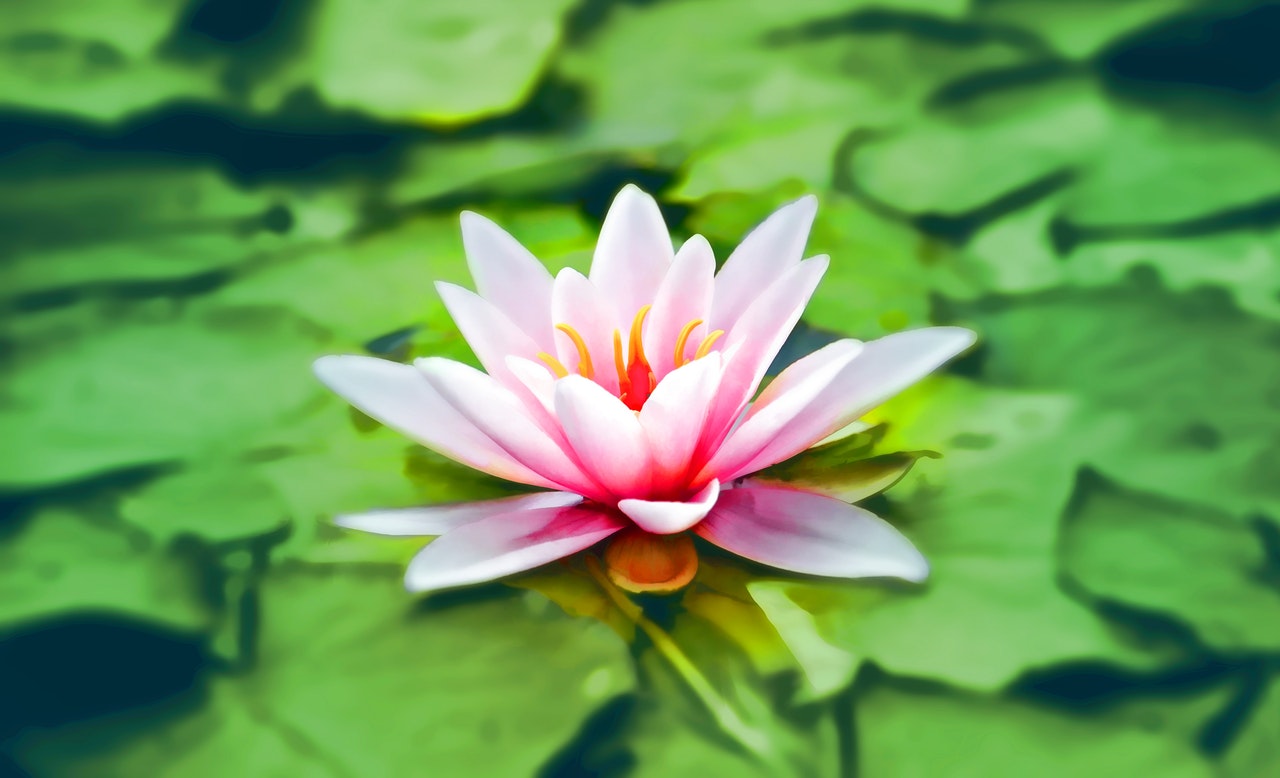 No matter who they are or where they got their start, every New Age teacher has one idea in common that they teach in a unique way: How to be happy. Manifestation, positive affirmations, spiritualism, etc. all teach us how to get in touch with the deepest part of our inner selves so that we can change the life around us for the better. The idea is very simple, in order to change your outer world you must change your inner one first.

It's beyond safe to say we all seek to simply feel good in life. By applying new age teachings you will certainly be one step closer to what you desire most. We all just want to live to the best of our abilities while enjoying this beautiful journey of life God has gifted us with. With these teachings the sky is literally the limit. We can all greatly benefit from becoming a happy healthier version of ourselves, and even helping those around us to achieve the same.

Utilizing these beautiful tools in your everyday life can and will bring you the life you truly deserve. 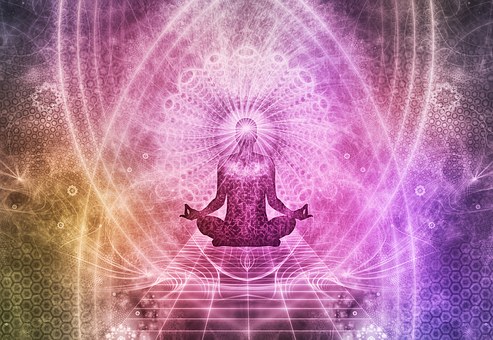 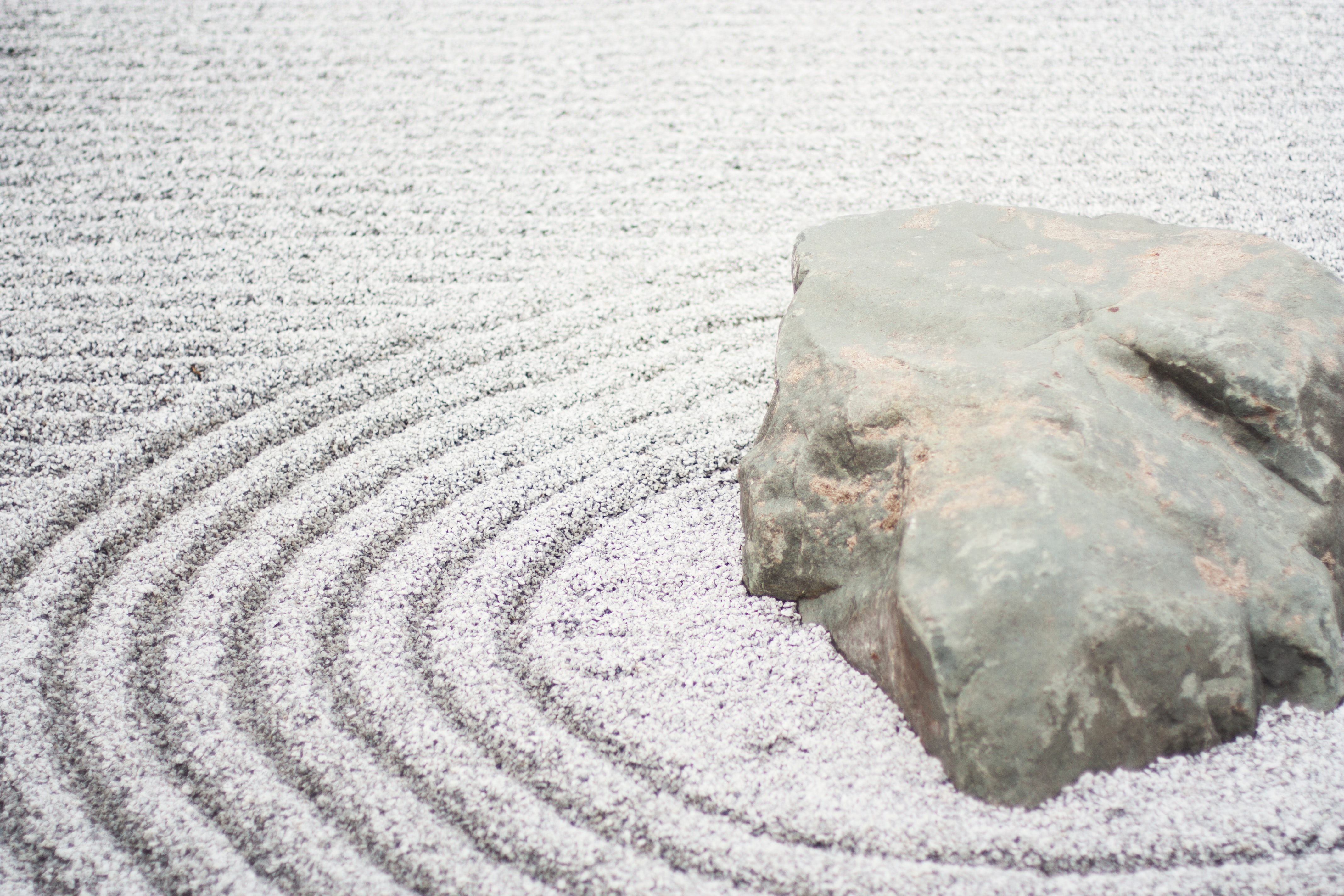 We can all make the best changes in our lives with the use of new-age teachings. We literally have the power and abilities to create a life we absolutely love to live each and every day. It's always best to take life one day at a time and breathe. Because with teachings from amazing people who have made history, there truly is always hope.

So, if you're feeling down just lookup any of these amazing spiritual teachers and remind yourself that it's not the end. Take and apply these teachings each day and you will flourish while also impacting others around you.