How did boxers and briefs come about? 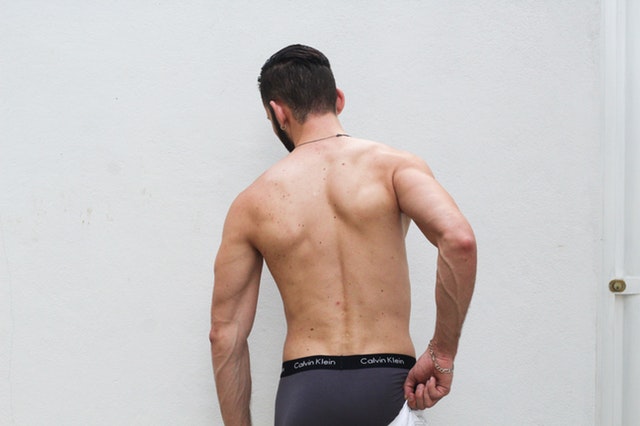 Gentlemen, is there anything closer to you than your underwear? You pull them on every morning when you step out of the shower, right? (We hope) Regardless of the type of underwear, it's the most important gear of your everyday outfit. It saves your trousers from perspiration and it provides support for the boys down there. But, have you wondered how they came about? Was it always so easy to come by them? Do they hail from any specific region? How was their evolution to the garments you're wearing right now?

Before we get into any poll about what is best: boxers or briefs, we're going to talk about the history of men's underwear so next time you pull them, you won't take them for granted.

It's taken thousands of years to perfect the undies you're so fond of, take a look.

Underwear history dates back to 7000 years ago, where the first underwear, the loincloth was known. The loincloth offered some coverage, it consisted of a single piece of cloth (leather in some cases) draped over the groin and hips and depending on the local culture, it came in all shapes and sizes. Some cultures used it for centuries with some variations.

The Mediterranean like the Ancient Egyptians called their loincloths, Schenti. The Egyptian Schenti was made of linen and tied toward the front. It was worn from the pharaoh to the lower classes. Most of the lower classes didn't have many clothes, so they wear the loincloth as outerwear and it was acceptable.

The Cretes, specifically the seafaring Minoas, had an interesting sense of fashion that extended to their underwear. If you happen to see depictions of Minoas, you'll see that the loincloths they wore were a little bit different. They were a plethora of colors and patterns, it was both a fashion statement and a functional garment. 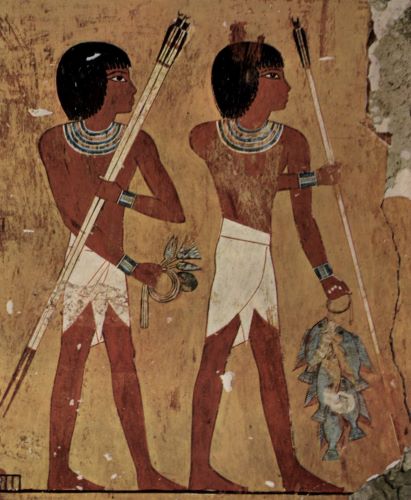 Fast forward to the Middle ages and there were some interesting changes in what men wore beneath their clothes. Braies were one piece of underwear developed during this time in history. The Braies were some kind of knee-length loose-fitting trousers. This underwear actually, was very popular with the Celtic and the Germanics but it became more widespread during Medieval times. They were made of linen or wool and men laced them tight around the waist and shins. They were convenient because they cover a lot, so if a laborer got too hot, he could remove his trousers and stay modest. But, it was a hassle when nature called because of all the cinching and lacing,

Enter the codpiece, an addition to the braies. A codpiece was a frontal flap fitted to the braies that could be unfastened so men could urinate without having to take off their trousers. For some time during the Medieval age, the braies were used as trousers but eventually and gradually they became underwear. One very famous character from that period, Henry VIII of England put the codpiece on the map and trending because he liked to pad it. All his men followed suit, this resulted in men sporting larger and larger packages.

The Union Suit and the Jockstrap

By the age of enlightenment, men underwear had become more comfortable. One example of this was the appearance in 1868 in Utica, NY, of the Union Suit. It was a bottom-up, one-piece garment with long sleeves and pants. This piece of underwear started as a women's garment but it became men's underwear all through the late 19th century and the beginning of the 20th century. For easier trips to the bathroom, a buttoned flap on the behind was added later on. This garment was made popular by American boxer, John L.Sullivan, it was named "Long Johns".

The Jockstrap was the contribution of C:F: Bennett (1874). He worked at a Chicago sporting goods company and he invented the jockstrap as a solution to protect the cycler's "jewels" from abuse due do the uneven cobblestones surfaces. The jockstrap consisted of an elastic waistband with a supportive pouch and two straps at the base supporting each side of the pouch In most cases, an impact-resistant cup was added for extra protection. 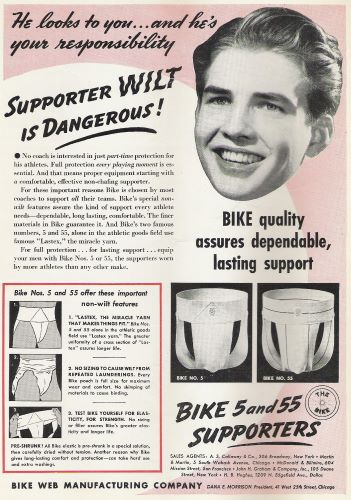 The briefs made its appearance on the market in 1935, manufactured by Chicago's Cooper Inc. The first version had elastic around the waist and on both legs near the groin, and it featured a Y-shaped fly for easy access. This was revolutionary for men underwear, they were called "tightey-whiteys".

Boxers entered the scene around the same decade. The difference between briefs and boxers was that the last ones had a band around the waist but not around the legs. So the leg section was looser and bigger and it extended to the middle of the thigh.

Between the mid 20th century and today, a lot of variations of the briefs and boxers have hit the market. Giorgio Armani, released in the 1980' the boxer briefs. They were slightly longer along the thigh. The trunk briefs were another variation of the '80s, similar to the boxer briefs but with shorter inseams.

Poll on the boxers or briefs

Are you boxers or a briefs man? Do you like both? Which choice is better for you? Since both pieces of underwear hit the market and were embrace by millions of men around the world, many variations have been manufactured and marketed. On a poll conducted by AskMen (Google Survey of 1000 men in the US), they asked men many questions related to their underwear. One important question they asked was: Boxers or Briefs? There answer here was neither... men who participated in the poll said they prefer the boxer brief. The boxer brief provides the length of the boxer with the support of the brief.

Boxers came in second on this poll, they came narrowly above briefs. The most important factor when the time comes to choose underwear, for men, is comfort, how they feel wearing each piece of undergarment. Health and cost come second and third in the decision to purchase underwear.

There are other factors that you should take into consideration when buying your underwear, especially if you have narrow it down to boxers or briefs. You have to consider size and style. Which suits you best according to your body type. Also, you need to consider if getting tight underwear like briefs have consequences on your reproduction health. 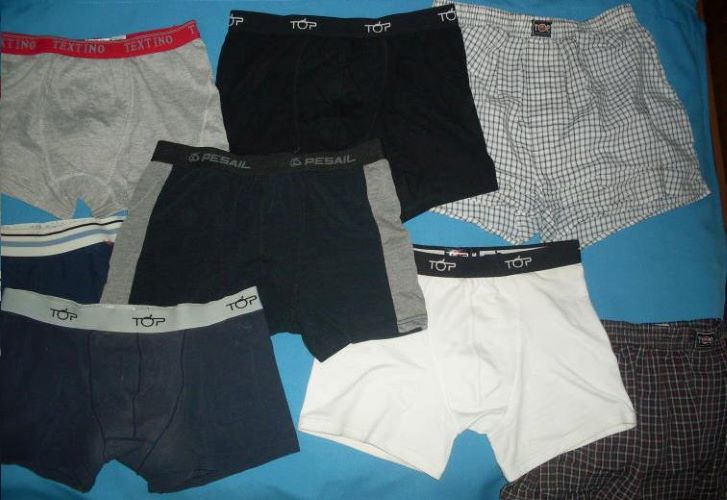 Wearing the right underwear matters as well as getting the right size. To determine the exact size and right fit of your underwear so it doesn't twist or ride up or dig into your skin and constrict your movement, you need to take accurate measurements of your waist. After taking your waist measurement (don't hold your breath or pull the meter too tight), you can refer to a size chart. Many underwear sellers have a size chart on their websites to help determine your exact size.

Now, what underwear fits best with your body type? You need to choose wisely here because it can impact your day-to-day. It can improve your self-confidence too. Boxers were inspired by the loose boxing shorts worn by professional boxers. Boxers are fit and athletic, so if you're a big, fit and muscular man, the compatibility between boxers and you is high. 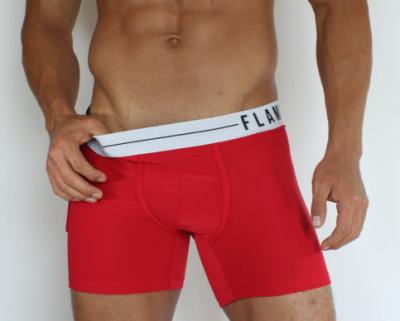 Wearing tight underwear can actually interfere with your sperm count? Men's underwear related to fertility is a topic being researched since the 1990s. It's a legitimate concern. In the largest study conducted regarding this controversial topic, it was concluded that men wearing briefs had a lower sperm count than men wearing more loose-fitting underwear like boxers. The senior researcher, De. Jorge Chavarro said that it was reflected in both sperm concentration as well as total sperm count.

It was found in this study (published in August of 2018 by the Journal of Human Reproduction) that men wearing boxers have 25% higher sperm count than men wearing briefs. The good news is that, while it may reduce count, it won't reduce sperm health, at least not enough to cause infertility. Why does tight underwear like briefs might harm sperm health? It has to do with high temperatures. Sperm cells are highly sensitive to rises in temperature, and all that body-hugging underwear provided by briefs could interfere with your testicle's ability to produce sperm.

If you're in the borderline of normal sperm count, you might want to change from briefs to boxers, it could help. But if you're a healthy fertile man, don't worry overmuch as your vital sperm health measurements are still in the normal range.

Related Article: Find Out His Personality Based On The Undies He Wears 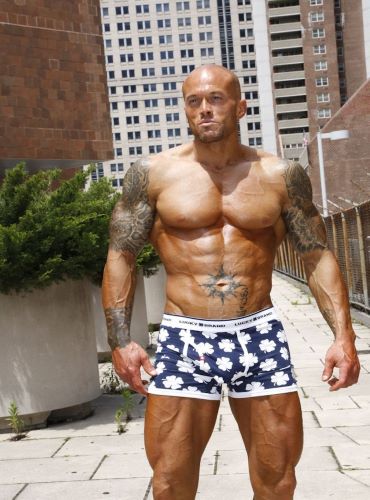 What underwear says about your dude and his character 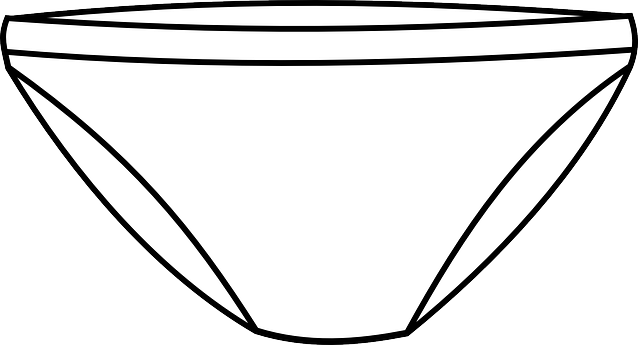 Now you have a better answer to this old-age question. Choose the underwear that you feel more comfortable wearing, the one that fits better to your type of body and the one that helps with your sperm count.