The ancient Yin and Yang principle is all about noticing the balance which all existing things adhere to. It acknowledges that everything occurs in an undeniable, and inseparable opposite extremes; the examples of which include night and day, male and female, light and dark, young and old, positive and negative. The principle dates thousands of years back, and its concepts have been fundamental to the foundation of the general Chinese culture and philosophy.  While Yin and Yang are opposites, they contradict each other while also complementing each other. This is illustrated by their iconic black and white symbol, the explanation of which is described in the latter part of the prose.

It’s important to note that neither Yin or Yang is superior to one another. An increase in one pole brings an inevitable decrease in its counterpart, and a precise balance must be achieved to reach perfect harmony. 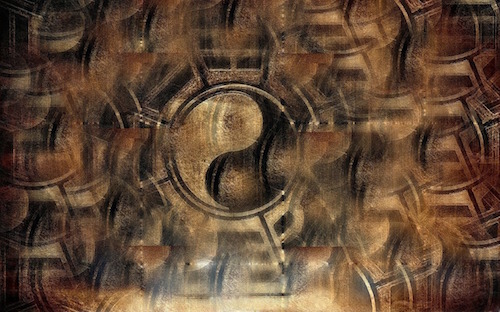 Initially, the Yin and Yang concept gathered popularity as a result of the work of the Chinese School of YinYang. The school focused on cosmology and philosophy about 300 years BC. The theory’s main proponent was the cosmologist Tsou Yen (or Zou Yan) who possessed the belief of ‘waxing’; that life went through five phases i.e. fire, water, metal, wood, earth.

What are Yin and Yang?

As a concise definition, the Yin and Yang are two fitting halves that combine to reach the completion of wholeness. Yin and Yang, in their perfectly equal states, represent perfect equilibrium. This means when something is ‘whole’, it’ll be complete and totally unchanging. However, a certain imbalance signifies the beginning of change. Whenever wholeness would be split apart into two halves, the Yin and the Yang, the equilibrium would be upset. In this way, both halves would chase after each other to seek a new mutually found balance. This concept has numerous applicable examples, such as the alternation of night and day, and the changing seasons throughout the year. 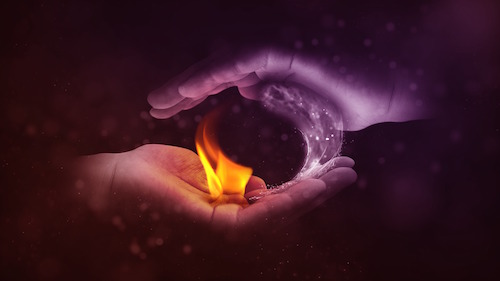 The iconic symbol of Yin and Yang, which we’ve all seen at least once in our lifetime, is actually called “Taijitu”. It represents Taoism, but the west generally calls it the Yin Yang Symbol. 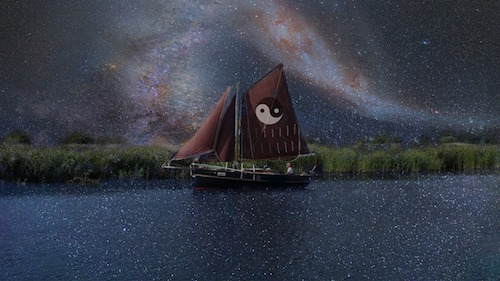 Yin, the shady side, may be described in a few examples of nature as; 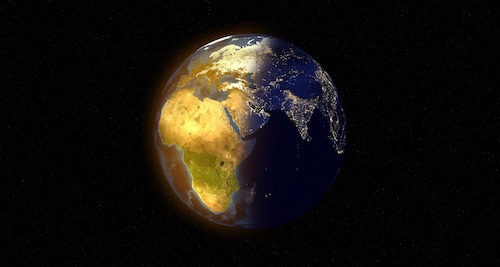 Yang, the polar opposite of Yin, may be described in examples such as;

In Asian Shows and the Representation? 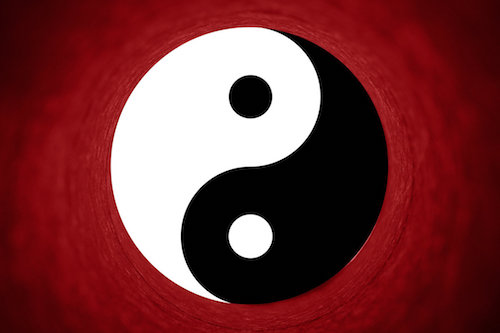 The sign of Yin and Yang holds integral importance within the Asian countries, especially in Chinese culture. Taoism has always been significantly influential in their philosophy and belief, and the symbol of Yin Yang represents it. This leads their shows and media to portray the same, with stories that inspire viewers with the power and wisdom that can be achieved through this knowledge. It’s an ancient concept, dating back to the 3rd century before the common era, which explains why it’s of such central importance to the Asian culture. Before reading this article, you might have just known it as “The Yin Yang Symbol”, but let’s dive deeper into its composition. 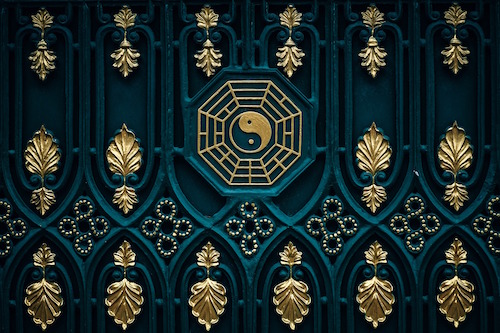 This symbol, having the original name ‘Taijitu’, comprises a circle that is divided into two halves on each side of a curved line. One half is black, the other is white. The dark and white sides represent the Yin and the Yang respectively – the examples of which have been given individually above. A dot of each color exists in the center of the counter sides. Both halves intertwine with each other in a spiral curve, splitting the wholeness of the circle into two equals. Both sides are perceived to carry the seed of their opposites, which is represented by the dot in their centers.

The black dot in the white half and the white one in the black half represent unity and coexistence in each opposite side that forms completeness. There are no ‘absolute’ separations that split the poles apart, which is why the line in between isn’t straight, but curvy. It’s the ultimate embodiment of paradoxical unity, duality, diversity, and harmony.

How Yin and Yang Came About 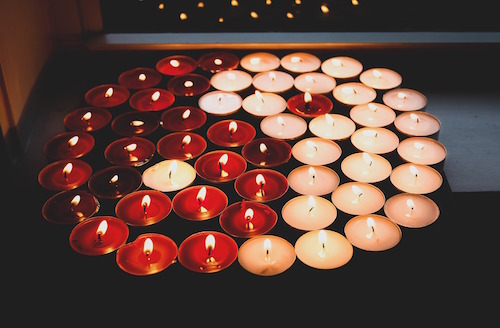 Yin and Yang are the product of the Chinese ancient mythology, where Yin and Yang are imagined to be born out of the chaos when the universe was initially brought into being. They’re both believed to exist in mutual harmony at the Earth’s center. According to this mythological concept, during the creation of Yin and Yang, the balance they achieved in the cosmic egg brought forth the first human – i.e. the birth of “P’an Ku”, as believed by the Chinese.

In Chinese religion and belief, Taoists still favor Yin, seeing it as the element of growth, while Confucianists lean towards Yang, perceiving it to be the originator of the form of all things. Taoists give more importance to being isolated in reclusion to achieve inner peace, while Confucianists believe in the unmatched importance of engaging in life. 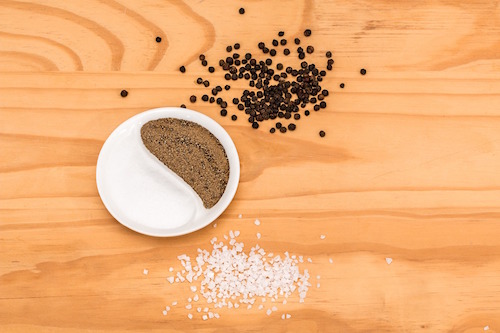 The relationship between the two poles of Yin and Yang is perceived to be ever-changing, as signified by its symbol. This is seen to be responsible for the universe’s constant flux. This belief system sees catastrophes such as floods, plagues, earthquakes, and droughts to be caused by imbalances between Yin and Yang within the center of the Earth.

How to Harness the Wisdom and Power of Yin and Yang 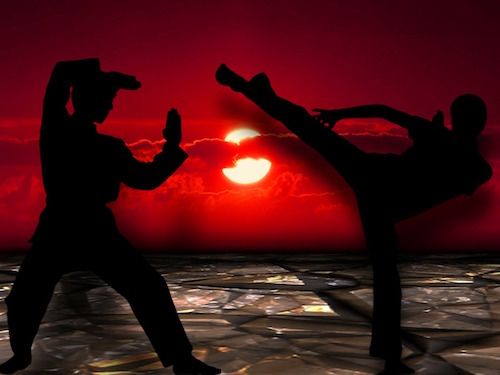 Every element of Yin and Yang is known to exist in well-defined pairs of two opposites. This includes the examples of the sun and the moon, bright and dark, male and female, active and passive, hot and cold. The dark, feminine, passive, and cold properties are associated with ‘Yin’, whereas the bright, male, active, and warm properties are linked with ‘Yang’, the polar opposite of Yin.

However, each one of these poles isn’t static or mutually exclusive. These forces, as opposing and different they may be, coexist and also complete each other. Sometimes, even the forces that are totally opposite in direction, rely on each other to exist in the first place. This is taught and portrayed by the nature of yin-yang, which embodies the interplay and interchange of a pair of components. Just like there can’t be a shadow cast without light, you can’t distinguish day without the existence of night. 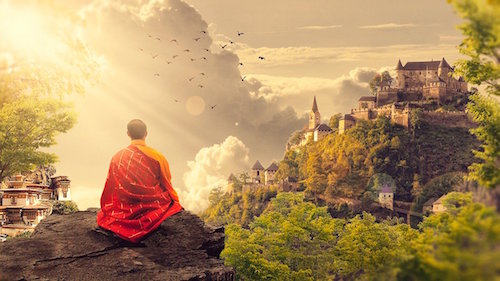 Yin and Yang always naturally look for a balance. Where one is stronger, the other would be weaker. They interchange and excel with each other under different conditions, which means their individuality is defined by their paradoxical dual nature. Without one, the other one doesn’t exist. The balance between Yin and Yang is believed to exist in everything! Once you understand this concept, you can perceive the various aspects of our everyday lives through a wiser, and higher perspective. Let’s take a few examples.

You Cannot Experience Happiness without Sorrow

To be happy, you need to have gratitude. What’s the single source of gratitude? It comes through looking at a level that’s under you and being thankful for existing over it. If you weren’t sad at any point in your life, you wouldn’t be able to understand or even feel true happiness. In many ways, happiness is the absence of sorrow. Just like dark is the absence of light. While light eradicates darkness, there’s no concept of ‘darkness’ if there wasn’t any light, to begin with.

Maintain Balance in a Relationship 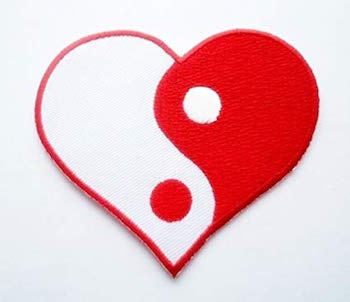 In today’s world, people always have a hard time finding a balance between their work and family lives. It’s important to stop and realize that you’re working for your family, not the other way around. It’s a mistake to only live to earn and earn to live – where’s the growth in that? Strike a balance, understand your roles and don’t exceed in either one.

Related Article: 15 Ways To Tell And Develop Your Spiritual Power Every person has their own Spiritual Power and in developing that authenticity they unlock the meaning of life and make this world a better home for all. 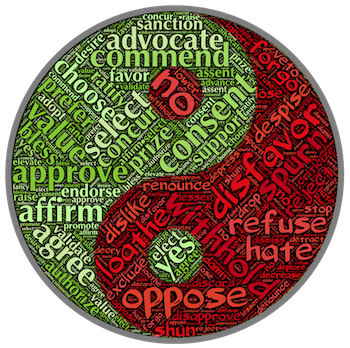 ‘Yin’, in the literary sense of the word, means “shady side” while Yang means “the sunny side”, which fits the description of the two sides being opposites, contradictory and complementary – all at the same time. Without the sun there’s no shade from the sun, and the sunny side can’t be distinguished unless there’s a shady side to contrast it against. In this way, this concept of duality forms a complete whole. Over millennia, almost all naturally occurring cycles have been classified in this unique way of perceiving the perfectly designed laws of this Universe, the examples of which have been mentioned above.