Understanding The Fantasy Characters of Christmas 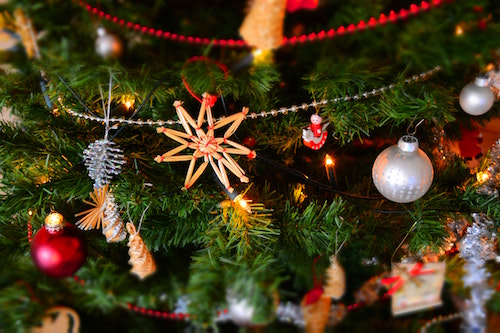 It is that time of the year again! Time to wipe all your Christmas decors out and hang them all on your Christmas tree in the backyard. Snow has probably even begun falling where you are from. A white and scenic Christmas is just around the corner.

As much as Christmas is of religious origin, people celebrate it all over the world, with or without sharing the same religion. Christmas is a holiday where people can finally use an excuse to sit down with their loved ones and talk about their year.

So, why do we celebrate Christmas? Well, that's a lesson they taught us in Kindergarten and we all know it. But, where did all the fantasy characters come from? Who started saying there's a Santa and reindeers? What's the history and what exactly do they do?

Let's go for a fun ride with knowledge with a hot cup of cocoa in your hands! 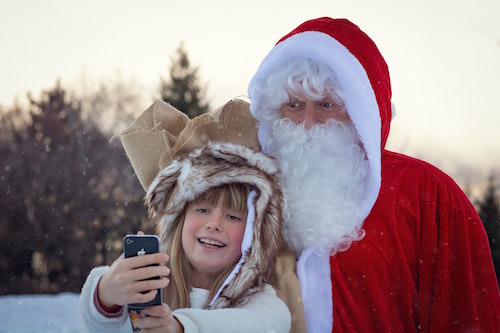 Wiggle all the way that jiggly, jolly, fluffy belly! Santa Claus is the definition of a happy, kind, chubby old man. Always depicted with a long white beard and a cheery, smiley face, Santa Claus is something every kid looks forward to every Christmas throughout generations.

Also known as Saint Nicholas, Kris Kringle, or just simply Santa, Santa Claus has a western-Christian culture origin. Children are told to believe that Santa Claus will deliver gifts to well-behaved kids of the year on his reindeer ride during Christmas Eve (Dec 24) and on the early morning of Christmas Day (Dec 25).

With the aid of his helper elves, Santa Claus categories children according to their behavior during the year and make a list of gifts for them respectively. Folklore of a gift-giving magic man dates back to the 19the century where Father Christmas, merged with Saint Nicholas, from the UK, became Santa Claus to American church history. 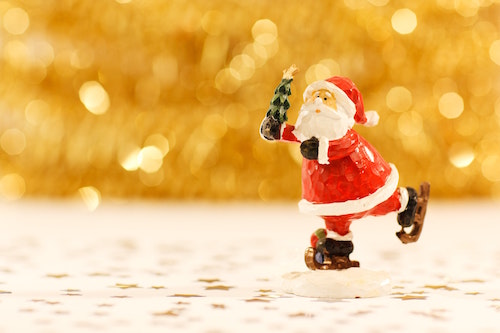 A fun fact is that Santa Claus used to be depicted with green clothes, rather than red as we only see today. It wasn't until 1931 that Coca Cola used Santa Claus in their commercial and changed the color to red to suit their brand image that the popularity of Santa Claus took off.

Santa Claus has always been a loving figure that kids adore. Parents use Santa as a moral symbol to teach kids to behave and be kind. Kindness yields rewards. In today's society, Santa is no longer exclusively linked to religion. It's more of a cultural figure that everyone celebrates, regardless of the religion. Santa is a figure that makes Christmas more festive and fun for kids. 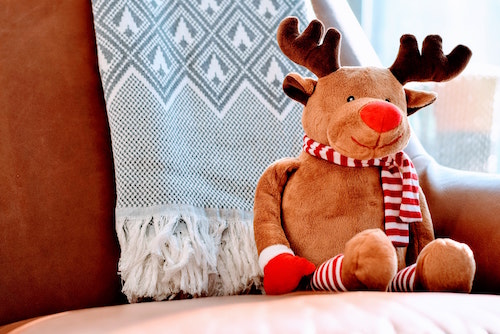 "Santa Claus is coming to town"

How can Santa Claus come to town without the help of his lovely reindeers that pull his sleigh? Santa's reindeer are just as popular as Santa Claus himself. They are cute, loyal, fluffy, always ready to bring presents to good kids. The most common version of Santa's reindeer shows Santa having 8 reindeers, namely Dasher, Dancer, Prancer, Vixen, Comet, Cupid, Donner, and Blitzen respectively.

The first mention of Santa's reindeer came from an unknown illustrated children's poem published in New York in 1821. The book shows an illustration of 8 reindeers through a sleigh in the book titled he Children's Friend: A New-Year's Present, to the Little Ones from Five to Twelve. 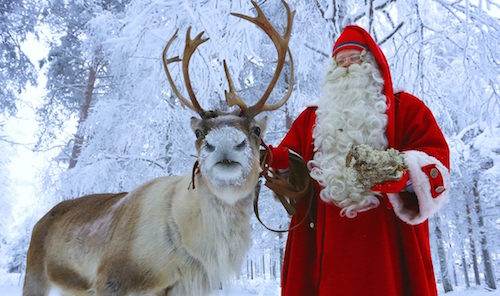 A poem by Clement C. Moore in 1823, named "A Visit from St. Nicholas" is highly credited for the present-day depiction of Santa having 8 reindeers. Each and every one of the reindeer is unique. They have their own personality and character traits.

Rudolph the reindeer is another household name like Santa, but Rudolph is not the only one. Santa's reindeers have been personalized in many TV shows and movies. Rudolph is a bit goofy and naughty while some others are stricter with rules etc. Their uniqueness is one of the reasons why reindeers are just as popular as Santa.

Reindeers are Santa's great helpers in sending out the presents on time. All of them vow to do their job so no good kid will wake up feeling bad because their presence didn't come on time. 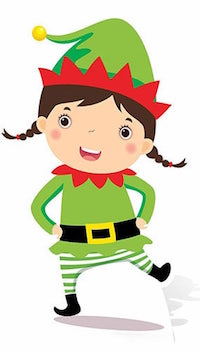 Santa's elves are said to live in the North Pole together with Santa. They have a very important job, to make toys in Santa's workshop for millions of kids out there. They work day after day throughout the year so every kid can get their toys in time. Besides that, they also have an important task to take care of the reindeers for Santa, to make sure they aren't being too naughty and shopping around, messing up the production or go wandering off.

The elves are mostly illustrated as in green and red-clad with pointy ears and a pointy hat, pretty much just a miniature of what regular elves look like. It is unknown how many elves actually live with Santa and provide support to him. In some versions, there are only a few elves to take care of the job, while in some other versions, there are well over a thousand elves to help this busy man out. 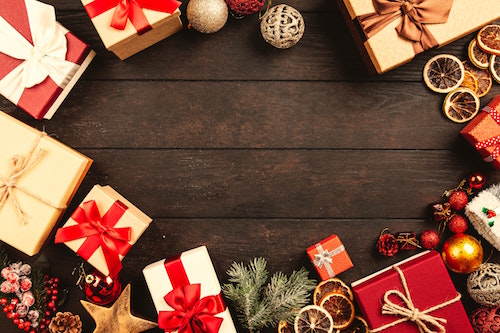 There is no limitation to what Santa can give to a kid, anything from physical to spiritual, Santa can grant you your greatest wish if you behave well. Every year, many children send letters to Santa, wishing Santa can bring them the gift of their dreams, ranging from a brand new lego race car to having a happy family reunion with everyone, etc.

Santa has a list of categorizing children and gifts, depending on how well you've been this year, Santa will decide if you will get the gift of your first choice or something else. A few minor mistakes during the year may still get you a gift from Santa, just probably not your first choice.

Not only can Santa give you something physical, but he can also bring you spiritual joy. Many have wished for Santa to bring their family together or for happiness at Christmas. Santa can grant anything spiritual to you. Some even write to Santa, asking Santa to bring their loss back. Although it is not possible, if you are lucky, Santa always writes back, giving you an ease of mind. 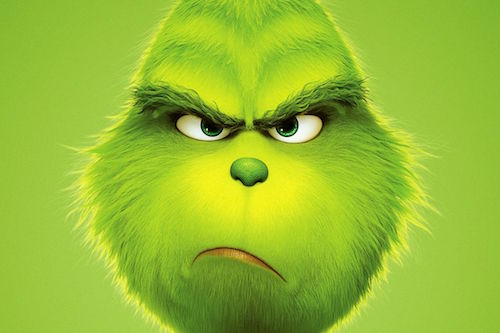 Ah, Grinch, the nemesis of Christmas and Santa. Grinch is often depicted as a green, pear-shaped creature with hatred for Christmas and anything festive. He is cynical, mean-tempered and always wants to destroy other people's holidays.

In popular culture, Grinch is described as a mean person that hates happy people. However, he is not cold-blooded or bad by heart. He is actually a lonely man that feels rejected by everyone and the society and just wants to be a part of the festival.

Many Christmas dramas and films depict Grinch as the anti-Christmas villain while some choose to depict him as just a lonely man that hates Christmas because it reminds him of how alone he is. Grinch would deliberately sabotage someone's holiday so he isn't the only one alone.

Every good story needs a villain and Grinch is the villain for Christmas. But don't worry, it doesn't affect how Santa delivers his gifts or how safe you will be during Christmas. Grinch doesn't attack anyone, it's more just a character that has to be put in Christmas because it's never a full story without a bad guy in it.

Grinch was originally created by Dr. Seuss. At the end of the original story, Grinch realizes there is a deeper meaning to Christmas than just material needs. He begins to rethink the meaning of being kind and being together with friends and family. So all in all, it was a happy ending still. 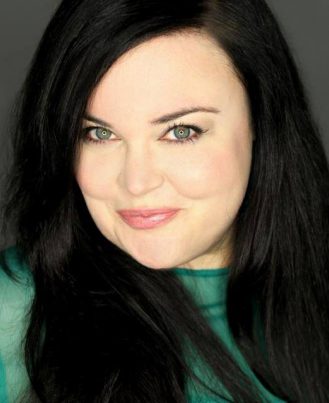 Jessica Miesel is an up and coming actress. In this article, you'll find everything you need to know about her, including net worth, movies and more. 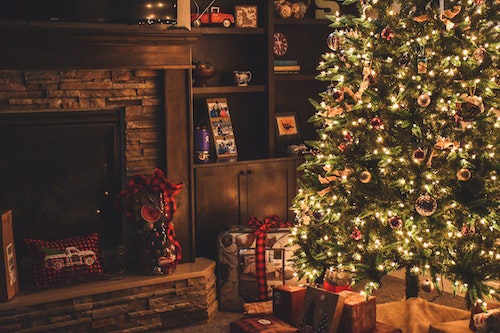 Christmas is a loving holiday to surround yourself with loved ones. Whatever arguments and fights you had this year, you will all forget about it because that's what Christmas is for, it repairs broken relationships. When you're surrounded by the Christmas vibes, it just makes you want to forget and forgive all the wrongness people did for you this year and look forward to the next.

What comes with Christmas are also all the great characters, Santa, his reindeers and elves, even the cynical Grinch makes Christmas a lot better because you now know even the most cynical person is learning to enjoy the holiday, so what's your excuse? Read a few Christmas stories before bedtime to truly enjoy this festive holiday with the snow falling on your window!