Mistletoe, tree, turkey and candy canes. Even when I omit the word "Christmas", you would have easily guessed it. We were brought up knowing about all these were symbolic of Christmas. Now we will explore the hows and whys. Read on! 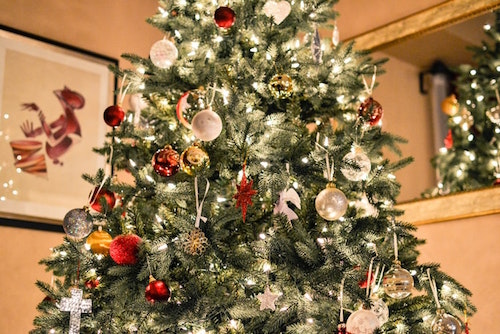 Kissing Under The Mistletoe

Let’s have a look at the history of mistletoe. Since long, mistletoe has been regarded as a precious plant that helps increase and preserve fertility and life. Ancient Celtic Druids, who belonged to the 1st century, thought it to be a sign of vivacity, as it was the only plant that remained green during extreme winters – other plants usually get bare or brown. According to several historians, the concept of kissing under the mistletoe comes from the ancient Norse mythology. It all started when Norse deity, Balder who is also the God of Light was hit by an arrow made of mistletoe and eventually got killed. His mother, Frigg – a goddess and wife of Odin –started crying profusely. The teardrops that fell on the arrow magically turned into white berries, which she rubbed onto Balder’s wound. This act of her helped Balder get his life back. Frigg was extremely happy and she blessed the mistletoe and also promised a kiss to anyone who came under it.

This event happened during the age of myths and this version is a happy version of all the Balder related stories presented till now. It has set the basis for the upcoming mistletoe tradition.

Why Do We Do The "Christmas" Things? 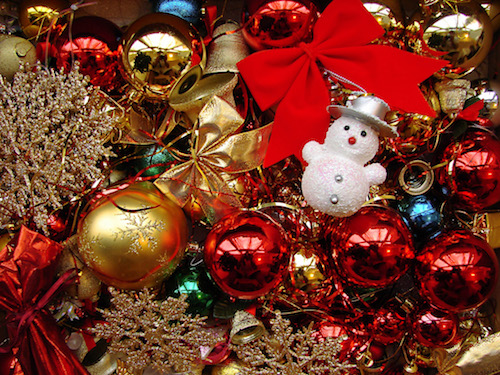 Christmas represents different traditions like exchanging presents, setting up a Christmas tree, placing holly wreaths and getting a visit from Santa Claus (Father Christmas).  It is also full of different festive occasions that include opening advent calendars, decorating gingerbread houses and enjoying a dinner feast with family.

It doesn't matter if you are traveling somewhere for Christmas or just staying at home, as it can be the best holiday season of the year. Even if you do not celebrate Christmas, by its religious aspect, there are other things that you can do to make the most of your time. 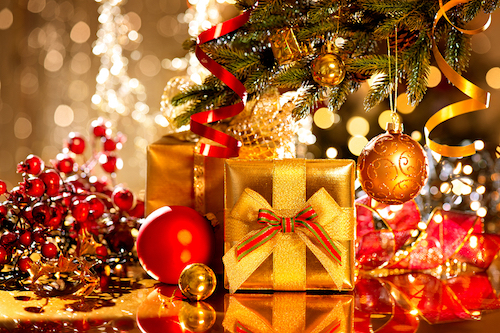 Okay coming back to the Christmas things, we celebrate Christmas to show gratitude and happiness that is generally felt on the birth of Jesus Christ.

One of the most Christmas things is exchanging gifts and it is done to thank God for the massive gift that was given to humanity on this day. In the same manner, extensive lighting and decoration are done to depict that the light of God has arrived. Carols and choirs express joy and are following the happy sentiments of Simeon, Zacharias, Mary and the angels, who exalted The Lord on this day. While the evergreen Christmas trees decorated with angels, tinsel and stars depict the eternal life and beauty of Jesus. 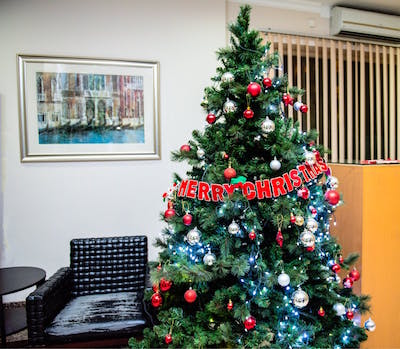 I shall tell you something interesting about the tradition of the Christmas tree here. In old times, trees and plants that remained green even during extreme winters had a special significance. Even in ancient times, people hung the timeless and evergreen boughs over different places like windows and doors. It was generally believed that the evergreen trees and plants would prevent illness, evil spirits, ghosts, bad luck, witches and even magic.

The credit for starting the tradition of Christmas trees goes to Germany. It was during the 16th century that devout Christians placed decorated trees in their homes. In some places, pyramids of wood were used as a base to place evergreens and candles on them. Now, let’s have a look at the essentials of a Christmas tree.

All of the above essentials have a special meaning when attached to the Christmas tree. Now don’t forget to use them in your Christmas tree decoration!

Kissing Under The Mistletoe 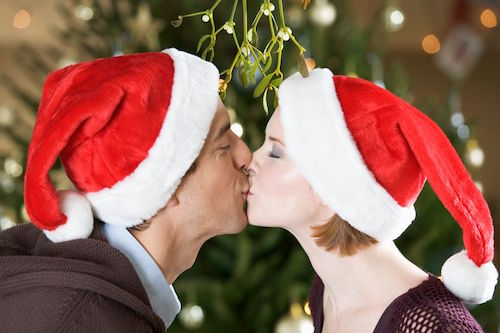 It is perhaps one of the most unique traditions that several people do during Christmas. It all starts from hanging a beautiful bunch of mistletoe anywhere in the house. As you have read the story above. The general idea is that you have to give a kiss to anyone that you meet underneath it.

It wasn't a popular tradition until the 17th century. Extensive research about mistletoe was published in 1720. There was no reference found of kissing under the mistletoe in that publication. John Colebatch, who was an English physician and apothecary, came up with two different books related to mistletoe – one was published in 1719 while the second one in 1720. 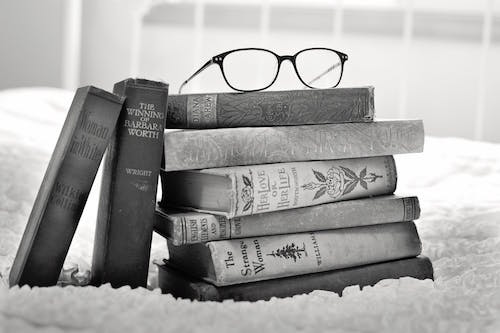 In those books, there was a whole chapter based on customs and superstitions linked with mistletoe, but nowhere the custom of kissing under mistletoe came up. The earliest record of kissing under the mistletoe can be derived from a song that was published in 1784. It had the following lyrics:

Cry, ‘What good-luck has sent ye?’

And kiss beneath the mistletoe,

The girl has not turned off twenty." 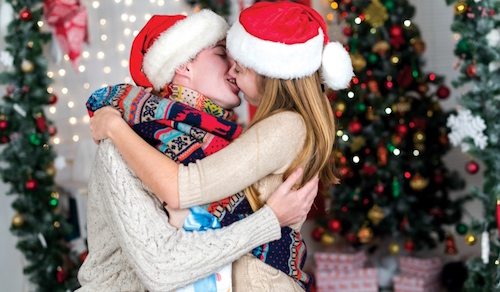 By the 18th century, this trend became extremely popular and a part of Christmas celebrations. An American writer, Washington Irving, observed the yuletide tradition and stated it, in the form of a footnote, under the chapter “Christmas Eve” as,

“The mistletoe is still hung up in farm-houses and kitchens at Christmas, and the young men have the privilege of kissing the girls under it, plucking each time a berry from the bush. When the berries are all plucked the privilege ceases.”

What happens if you don't kiss under the mistletoe? 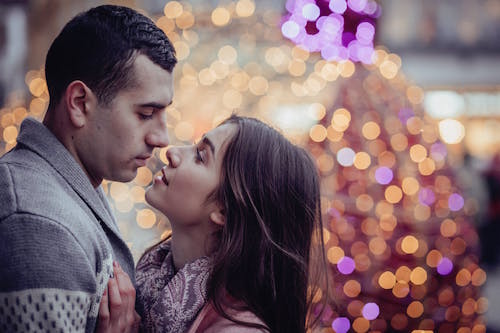 Relax nothing wrong is going to happen if you don’t kiss under the mistletoe, as you have the right to refuse a kiss under any situation.

It is a tradition that began centuries ago when public display of affection was frowned upon. Kissing your loved one, under the mistletoe, was considered to be the best way of expressing love. It was safe for young people to make out under the mistletoe without facing any sort of objections.

However, it is a good thing if you will kiss your loved ones under the mistletoe, as you will show respect towards this old tradition. As Christmas is a happening event, you need to make sure that you spend it in a lovely manner with your family and friends. So spread love and happiness.

Turkey as the main course 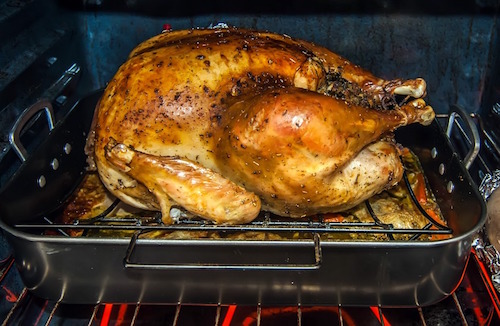 Let’s see how the big bird made to the Christmas dinner table. You must have known it till now that Christmas is associated with old traditions. Before turkey, people used peacocks, chicken, cows, geese and even a boar’s head for Christmas dinner. But after the arrival of turkey in different regions, most of the farmers stopped killing other animals, as they believed that those animals could be used to provide multiple food products.

It has been nearly 60 years since that turkey roast has become a compulsory element of Christmas tables.  Roasting a turkey for the Christmas feast is a tedious task, as it takes several hours to get the perfect turkey roast, to accompany other food items on the Christmas table. One of the other benefits of using turkey, as the main course, is that it’s enough for the whole family. You can even use the leftovers to make turkey sandwiches and salads later. You can find several tasty recipes over the internet. It’s a turkey roast for everyone. 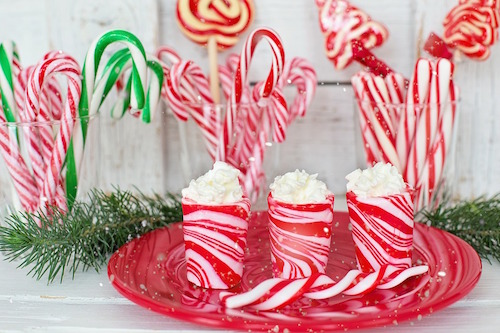 Candy canes came into the Christmas scene during the 18th century. They were initially introduced as simply white sugar sticks and it was only a few years later that red stripes became a part of them. Now, these sticks are flavored with wintergreen and peppermint.

There are different Christian meanings given to these canes. According to one account, the ‘J’ shape of the canes depicts the initial letter of Jesus. White color represents purity and red indicates the blood that Jesus shed on the cross. The peppermint flavor is linked with a hyssop plant, which was used to purify the Bible.

All of these indicators were attributed to the candy canes after they became popular. And it is an integral part of Christmas celebrations and quite favorite with the kids. 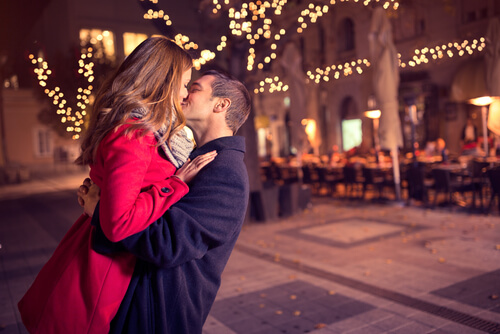 Do you want your lady to see your seductive and charming side? You want to be the guy of her dreams? Try these 10 memorable kissing tips. 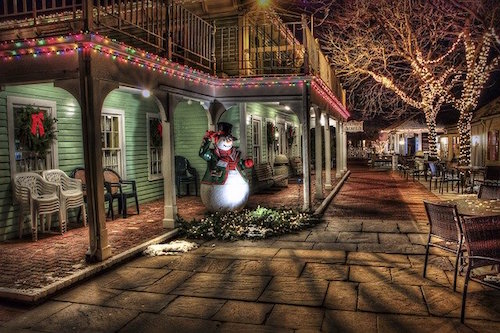 I hope you found this article extremely fascinating. I have tried to include an account of different Christmas traditions that could be of particular interest to you. It is that time of the year when you need to celebrate and share the love and joy with your close ones.

Christmas season provides an opportunity, through its rich traditions, to strengthen the bond with your loved ones. Connect with them and end any sort of difference. It is also an opportunity provided by the Lord to thank him for his vast blessings and count them.  So make the most out of your Christmas time. I wish you a very happy Christmas!