Easter is right around the corner once again! Everyone is aware of the basics about it, but people rarely know about the origin and in-depth facts about this festive holiday. We’ve been celebrating it since our childhoods because we’ve followed an established culture, but how exactly did it all start? Where did a giant rabbit and his candy love step into the picture?

Well, looking at the way we celebrate it in the modern era, you can tell that the traditions have evolved with time.  The holiday has changed a whole lot with time, and a few of the facts listed below might be alien to you. 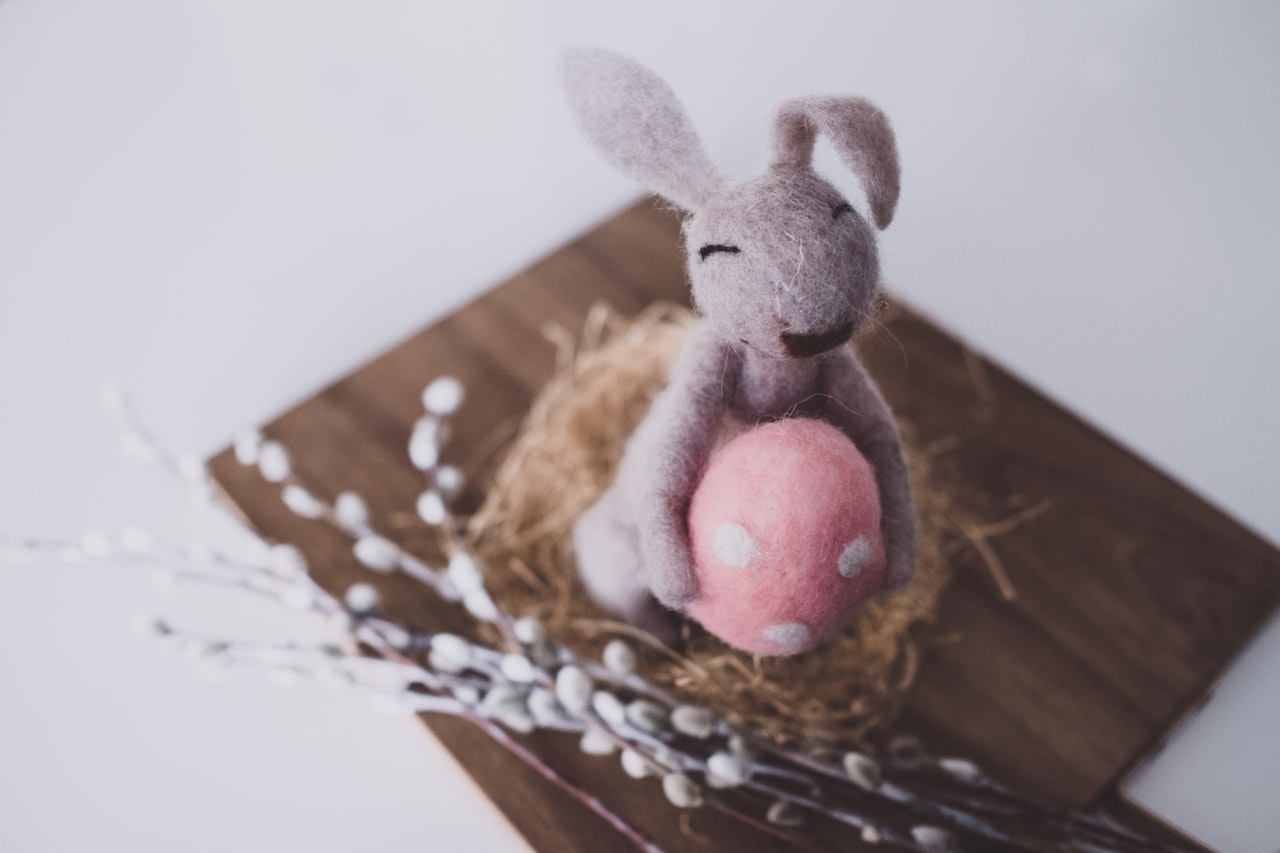 Easter Sunday, or at least its original concept, spreads far wider than mere pastels and chowing down chocolate. The history of this celebration is pretty fascinating, and the information about it may surprise you. This time, before you sit down with your family to have that delicious Easter brunch, why not learn deeply about the nature of this holiday’s background? Not only would you enlighten yourself, but also impress your family with surprising little-known facts about this holiday!

1. We Have it Better Than the Medieval Times 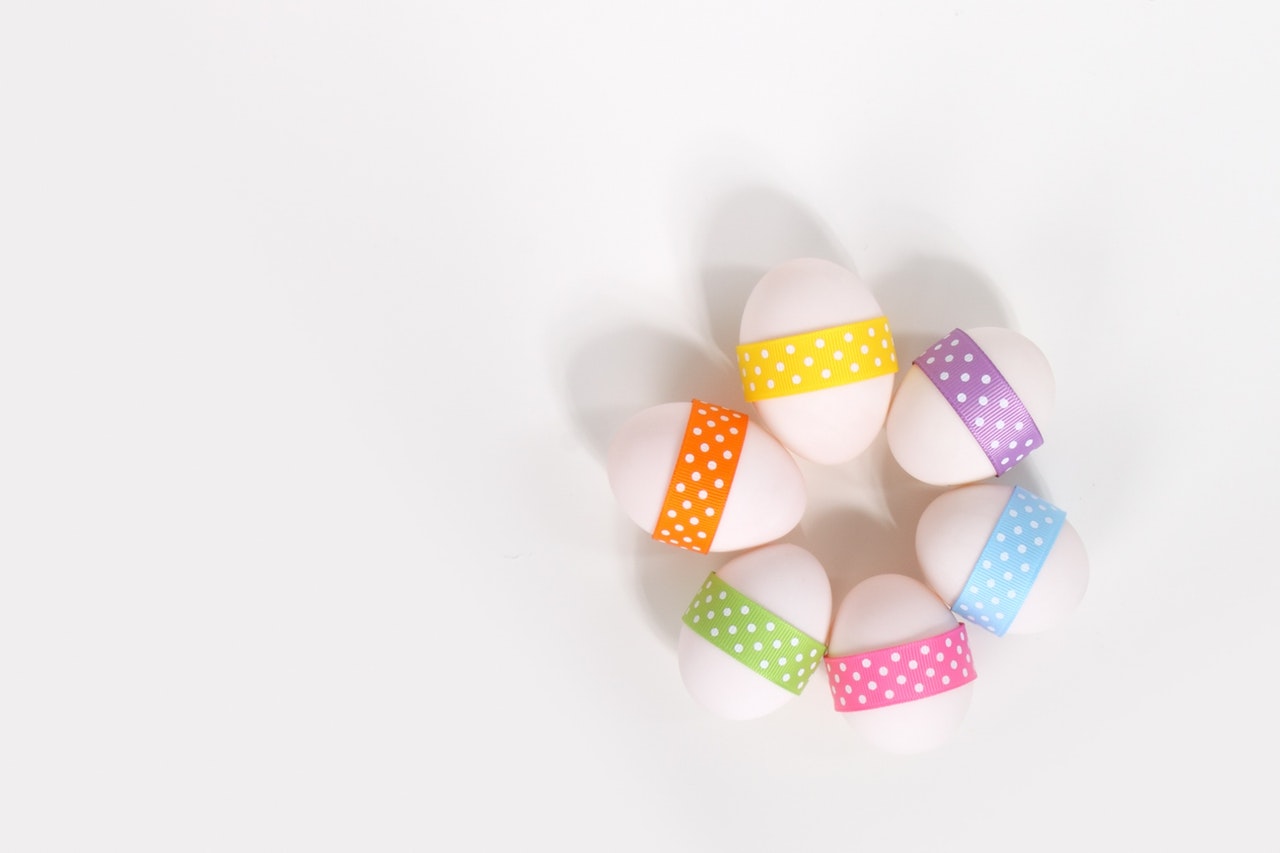 Ever thought Easter egg hunting is a pretty random and odd concept? Well, we’ve had it a lot better than some previous eras – where the games were downright boring. In medieval times, one of the choir boys would be handed a hard-boiled egg from the priest. He’d pass it along among other boys until the clock struck 12 AM. Whoever held the egg at that moment, got to eat it. Whatever that was, it surely doesn’t sound like a lot of fun, does it?

Wearing new clothes would lead to good luck for the rest of the year, according to an old superstition revolving around Easter. It was super widely believed! New York’s modern Easter Parade and Easter Bonnet Festival have its base and origin in this superstition!

3. Easter Eggs Go Way Back, Even before Easter 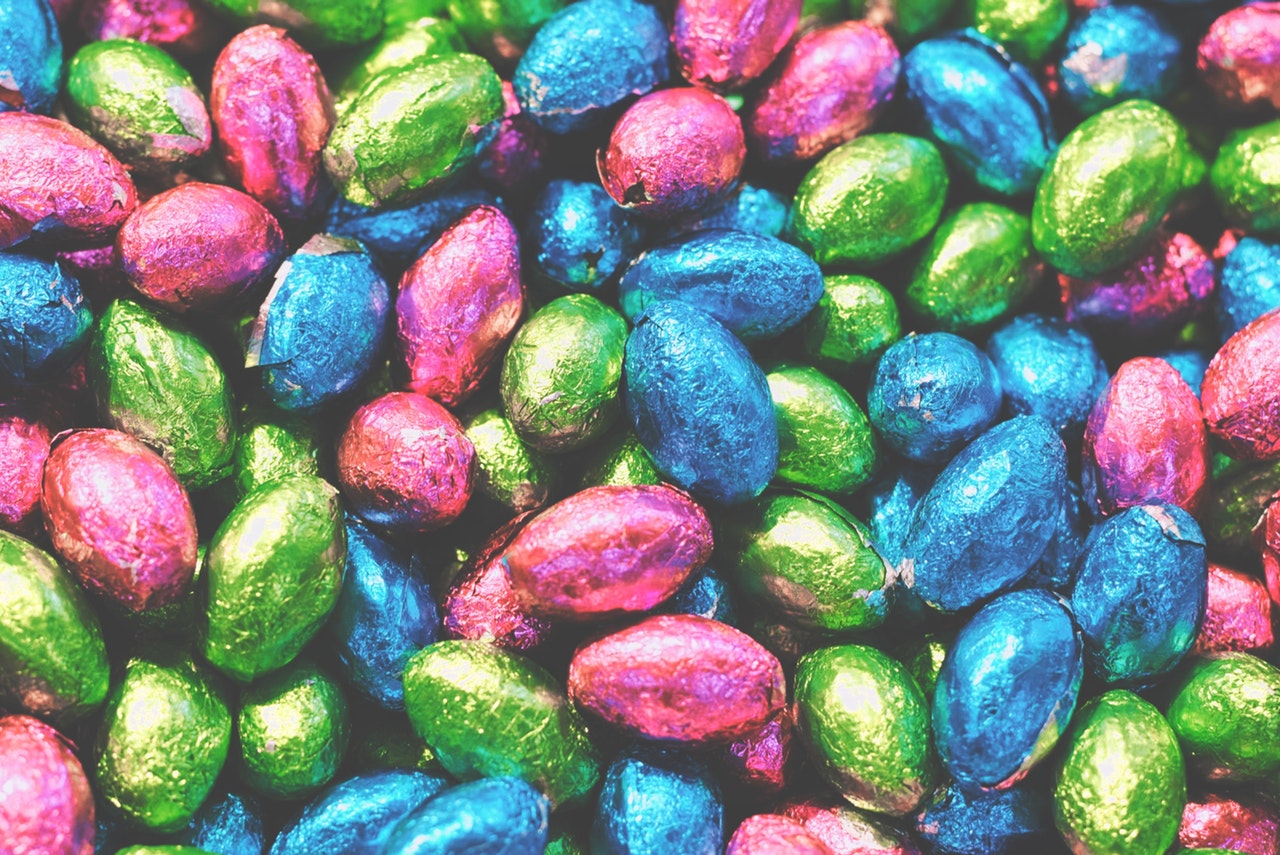 As surprising as it may sound, evidence suggests that it might not have been Christians who originally began the tradition of giving eggs on Easter. It has its traces in the history around Medieval Europe, where it first originated.

4. The Anglo-Saxon Goddess Eostre is Where the Holiday’s Name Comes From

Historians and scholars believe strongly that this special holiday was named after a festival that celebrate “Eostre” and the beginning of spring. Her symbols were commonly thought to be the egg and the hare, which explains much of what we see around today during this Holiday!

5. They Dye Eggs to Represent the Blood of Jesus 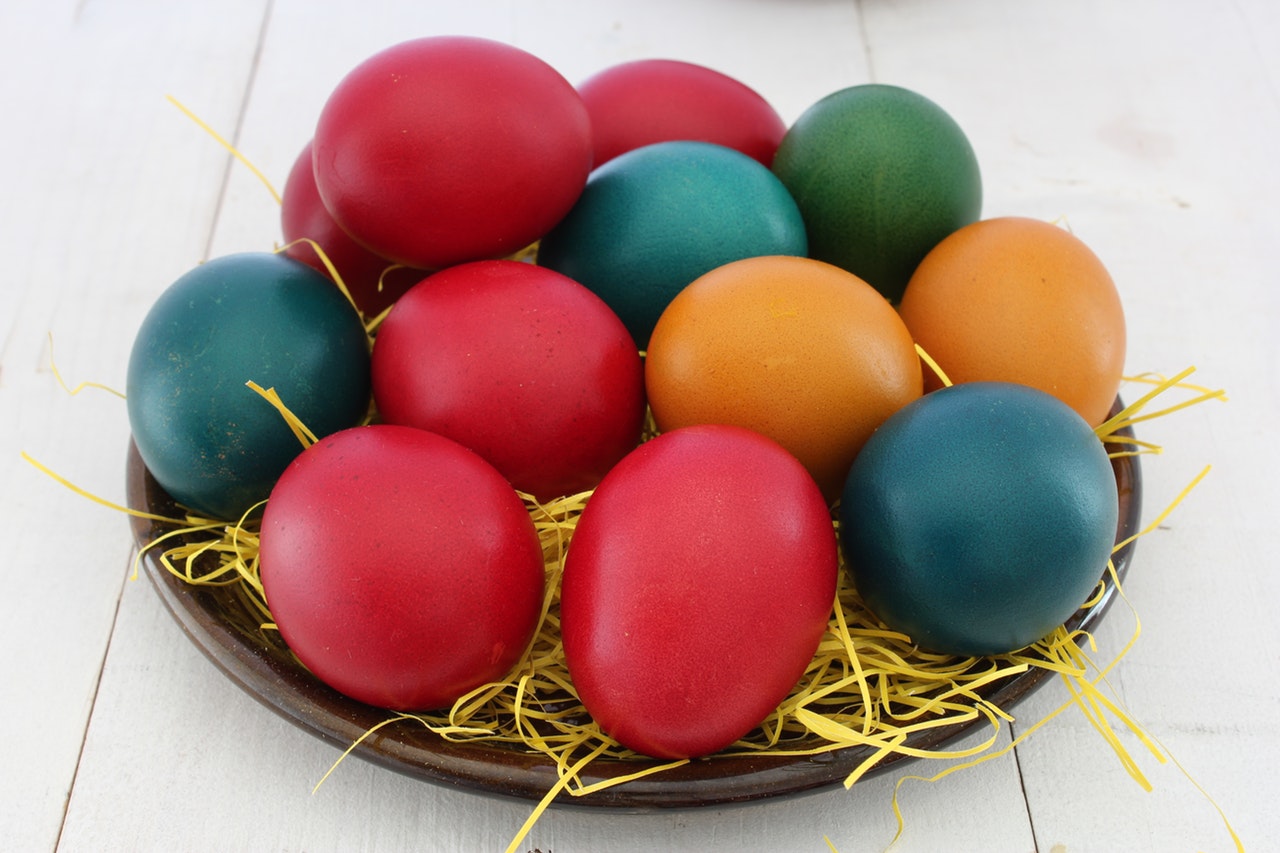 The tradition of dyeing the eggs owes its beginning to the early Mesopotamian Christians. While the representation of Christ’s blood may or may not be the only reason for dyeing, it’s thought to definitely be an influence.  It’s all based on (pretty compelling) theories, without concrete evidence or reason behind it.

6. Good Friday Is a Lesser Known Aspect of the Holiday

A couple of days before the big Easter Sunday, there’s Good Friday – which you may or may not know about. Depending on which state you’re from, you’d recognize or celebrate Good Friday, which is said to commemorate the crucifixion. It’s not a federal holiday, though a percentage of certain states remain closed on this day. Some notable states include; North Carolina, New Jersey, and Tennessee.

7. Americans Don’t Hold Back on Spending 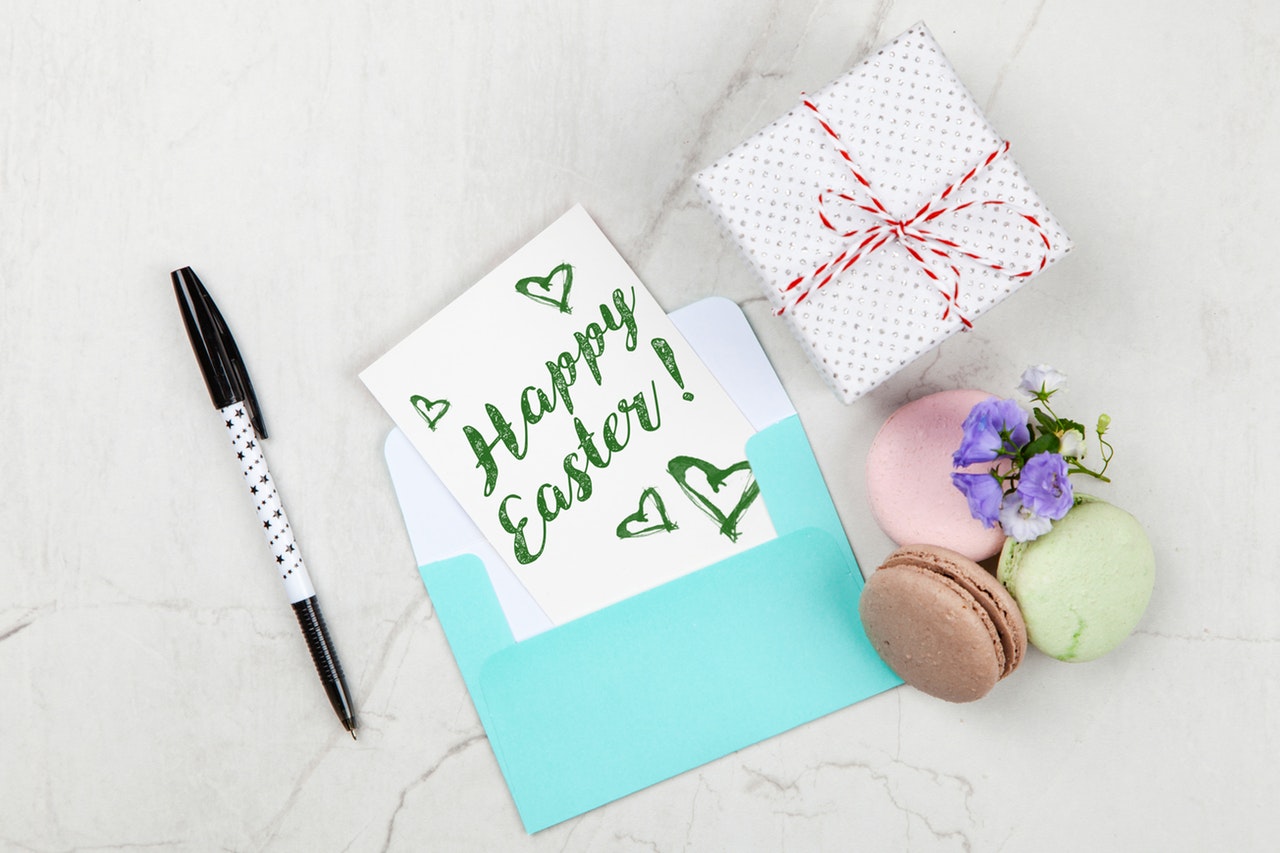 Americans aren’t necessarily known to be big savers when it comes to celebrating their festive holidays. Back in 2018, a whopping $18.2 billion was spent on celebrating Easter – the second-highest amount spent on Easter in the country, ever. Most of it was spent on food, then some on clothes, and the rest on gifts!

8. The Bunny is of German Origin

The Easter bunny giving away chocolates and candies isn’t an American idea. It’s said to have originated in Germany back in 16th century! Dutch settlers in Pennsylvania would later introduce the bunny to the US in the 18th century.

9. Halloween and Easter Often Compete for Most Annual Candy Sales 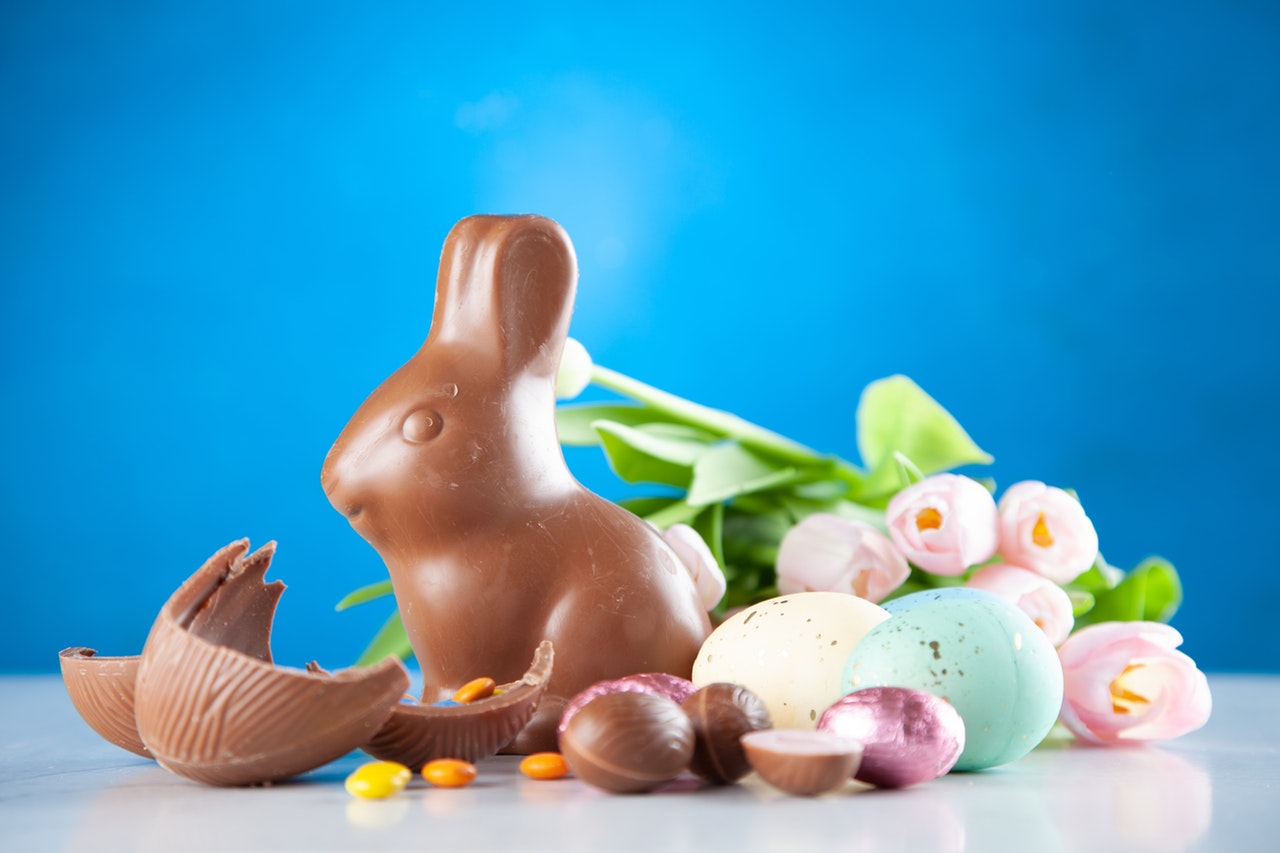 Both these holidays are celebrated with strong enthusiasm throughout the states. Candy is a huge part of it all in both these festive occasions, which means there’s an element of competition between the two.

Easter and Halloween often go head-2-head to earn the title of the highest candy sales. They come super close, and it’s always a tough win for either of them. Mostly though, the week before Easter beats the week before Halloween in terms of candy sales. This could be because the candy collection on Halloween is spread throughout the month, while Easter’s may be particularly heavy on the last week! 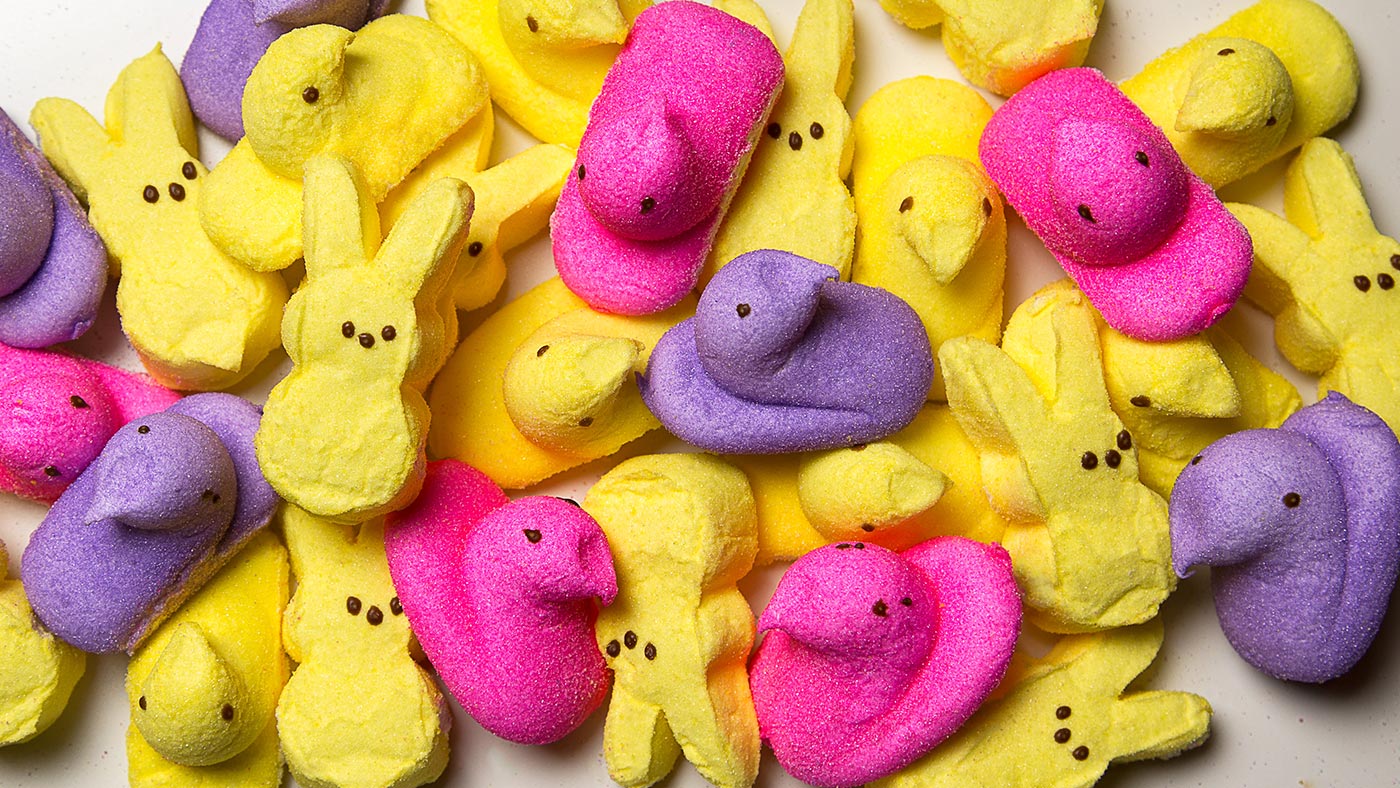 This makes the marshmallow peeps top the charts in terms of Easter Candy popularity. They’re not as popular as chocolate or chocolate bunnies though, but then again, what in the world could beat chocolate?

11. Peeps Used to be SUPER Hard to Make

Back then in 1953, it took over 27 hours just to finish making one peep. They’d work without almost all of the modern technology we use, with most of the work being done by hand. A pastry tube was the best they could work with until the process was sped up immensely with a machine called “The Depositor”. From 27 hours, it would now only take 6 minutes!

12. Over 1.5 Million Cadbury Creme Eggs Are Made Daily 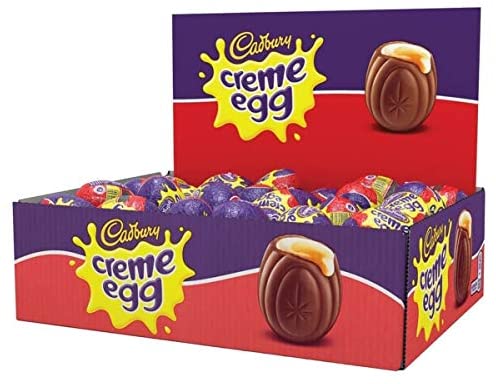 If that number sounds too big to you, the Bournville factory in Birmingham, UK, might surprise you! They make over 500 million of those annually! To put that number into perspective, let’s use an example: pile all those eggs up on top of each other, and the tower would be taller than Mount Everest!

13. Over 16 Million Jelly Beans are Consumed Every Easter in America

For numbers that big, examples work best to understand how many they are. 16 million jelly beans are enough to circle the entire globe THRICE – yep, you read that right. Today, Easter wouldn’t be Easter without jelly beans. However, they weren’t even introduced until the 1930s!

14. Around 90 Million Chocolate Bunnies Are Sold for Easter 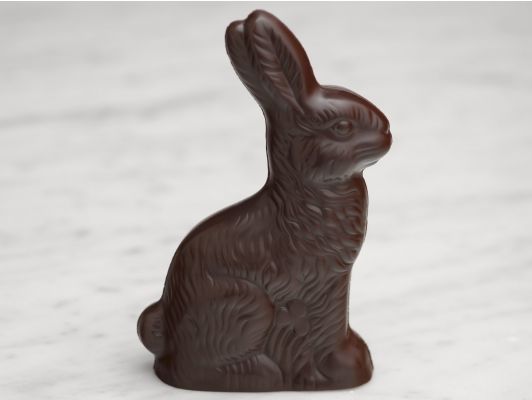 For Easter, about 90 million chocolate bunnies are sold annually. This makes sense statistically, considering there’s an $18 billion market for Easter only, $2.6 billion of which is spent purely on candy. Not to mention, all these figures are of the US only!

While you’d think most people would start with the tail or the feet of the chocolate bunnies, the majority bites off the ears first!

16. Easter Egg Roll Tradition in The White House Began back in 1878 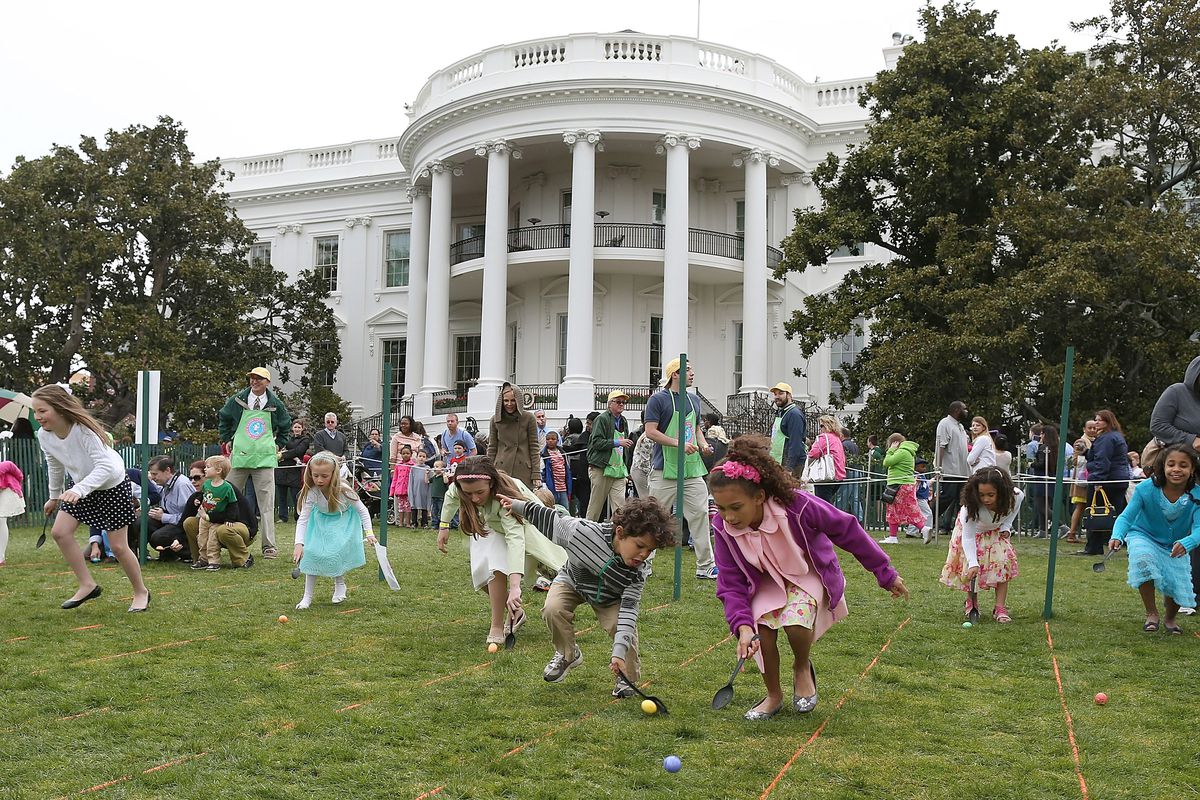 It was during the term of President Rutherford B. Hayes that the Easter Egg Roll Tradition in the White House originated. It’s said that he was taking a walk when some children came up to him and asked about a possible Easter egg roll. He immediately liked the idea and it’s been conducted annually ever since!

17. Pretzels Were Associated With Easter In the Old Days

The salty treat’s twists were perceived to resemble arms being crossed in prayer. Considering our love for pretzels, who would mind a big come back of this savory snack to the holiday celebrations?

18. World's largest chocolate egg was made in Italy. 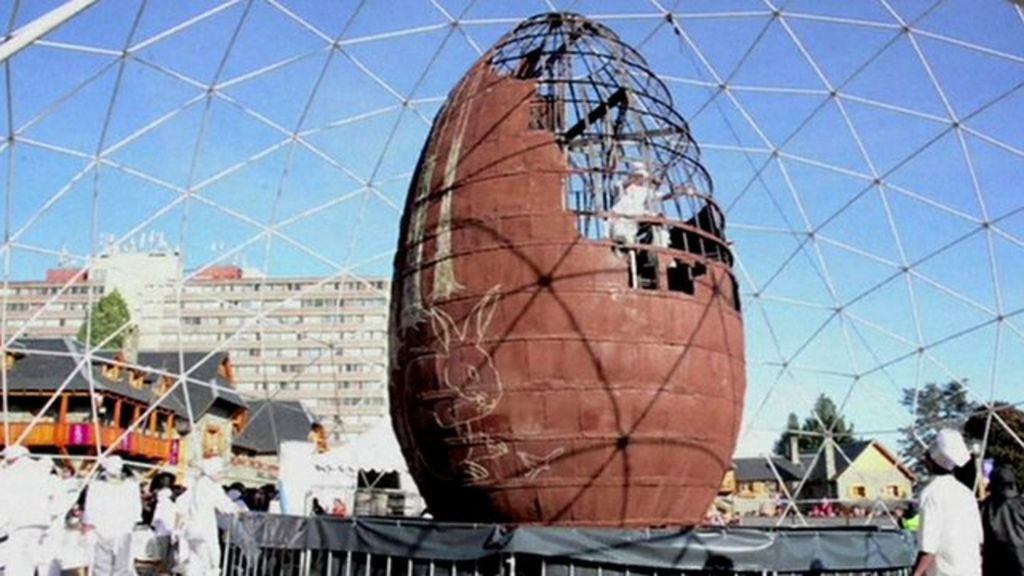 In April 2011, the world record for the largest chocolate Easter egg was made in Italy. The recorded measurements are astounding still, almost a decade later! It was 34 feet in length, and weighed almost 16,000 pounds!

It wasn’t an American original tradition to decorate eggs as part of the Easter fun. It started out in Ukraine, where the decorative eggs would be called pysankas. They were made out of dyes and wax! When Ukrainian immigrants stepped into the US, the colorful Easter custom followed them. Since then, egg decoration has been a vital part of Easter celebrations in the states.

20. Giving eggs is a symbol of "rebirth" in many cultures. 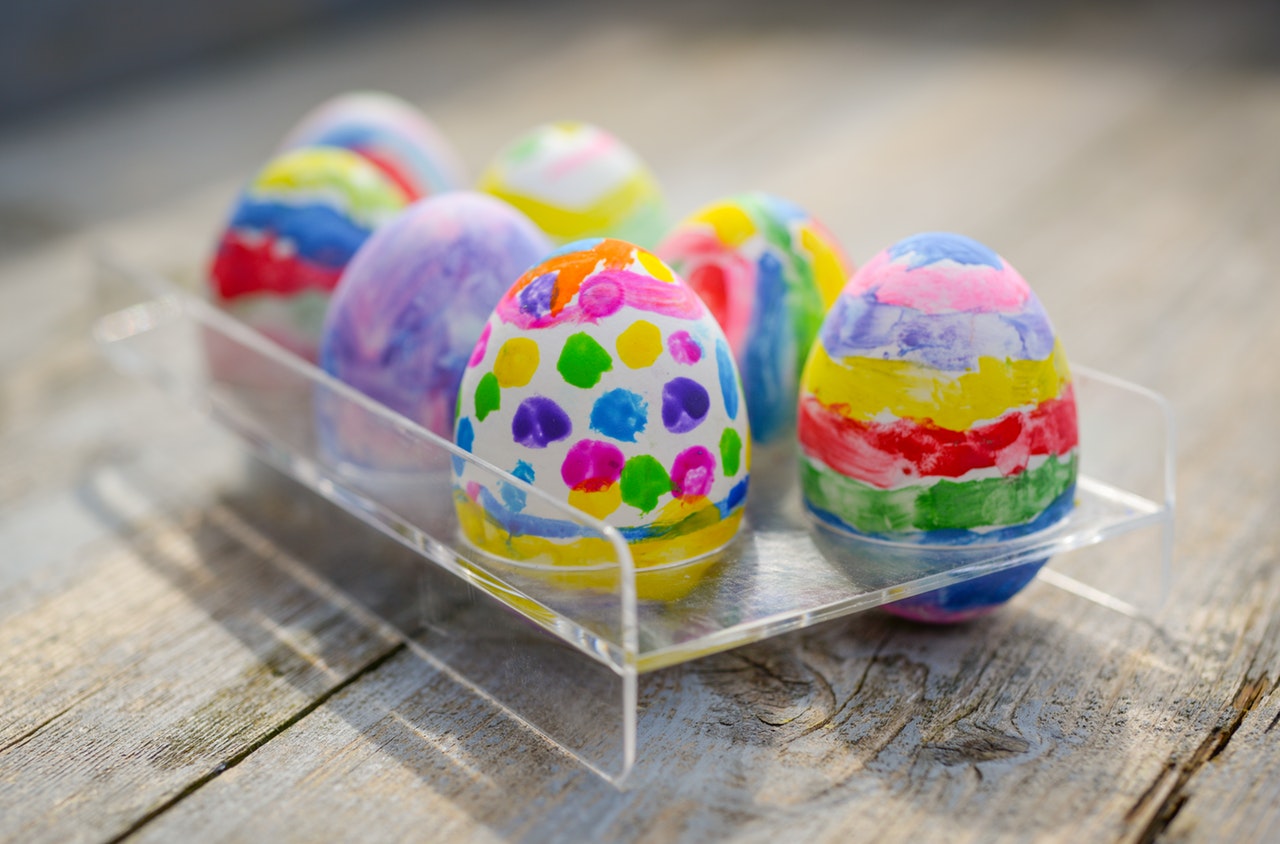 In many cultures around the globe, eggs are perceived to symbolize fertility, life, and rebirth. Its rounded shape also tends to make it a symbol for mother earth and our connection with nature. Giving eggs isn’t pointless, it’s got a whole concept and ideology behind it – and this might be your first Easter knowing it!

21. Easter bonnets are a relatively new concept in the U.S.

Easter bonnets weren’t ‘a thing’ until 1933 when composer Irving Berlin introduced it into American pop culture. It occurred through his iconic ballad “Easter Parade” which still remains one of the most popular holiday songs!

Related Article: Why is Your Second Toe Longer Than The Rest? Find Out Now! 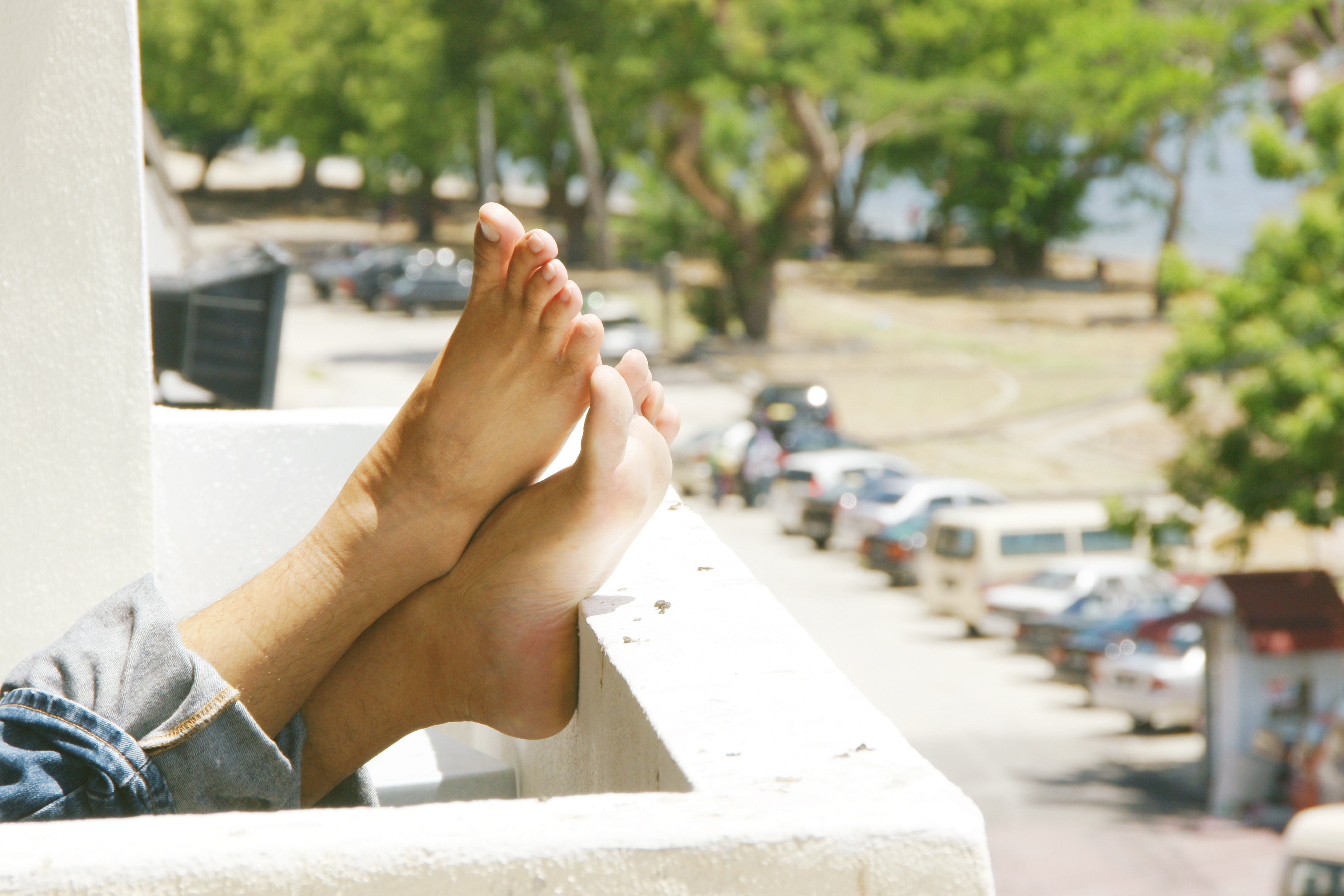 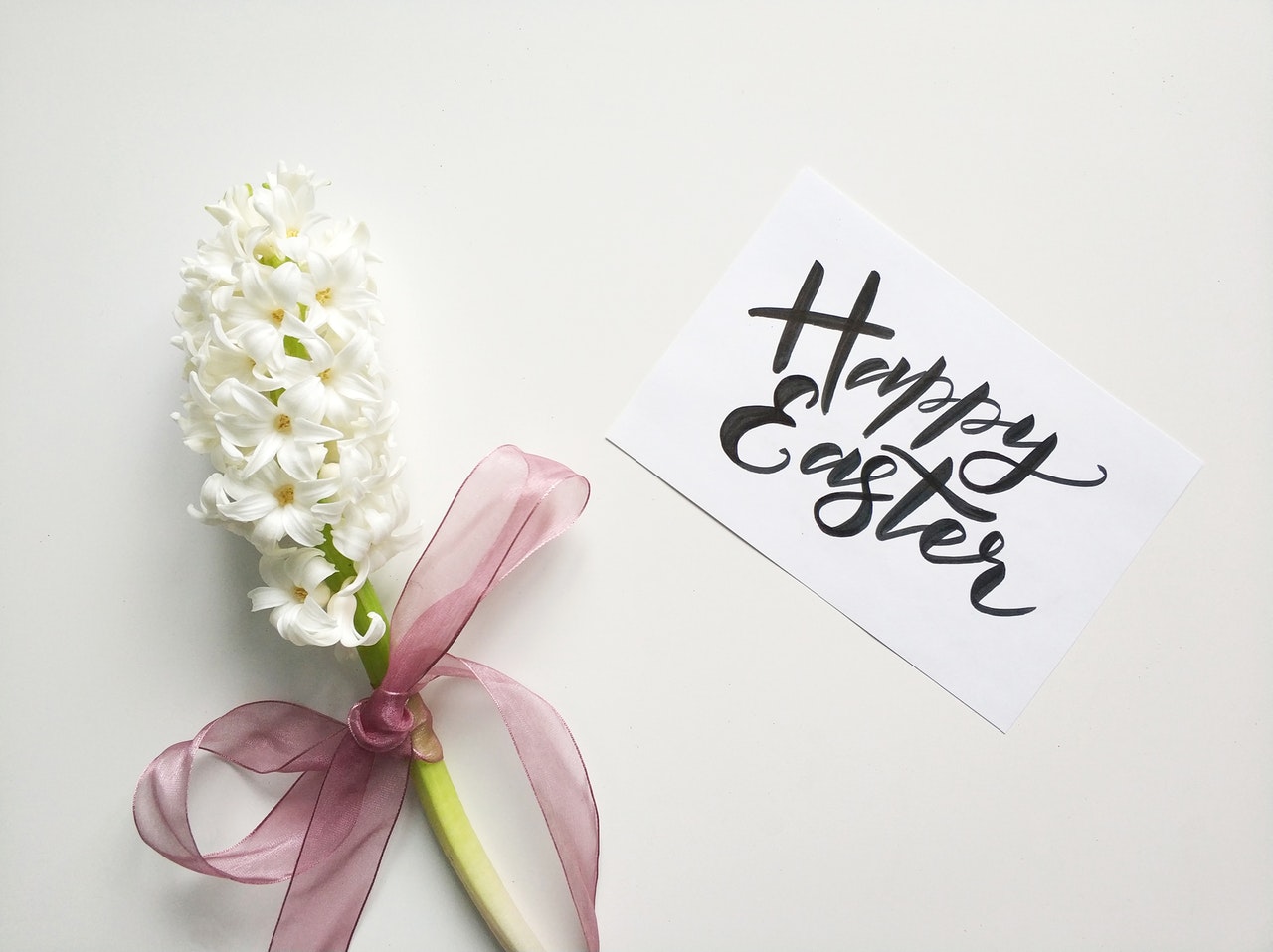 Having made it this far through this article, you’re definitely a changed person with respect to Easter knowledge. You’re more than ready to ace a trivia about this festive season, and you’ve got more info than you’ll probably ever need about its background. Make sure you spread the knowledge to the curious members of your family and enjoy the holidays!