What is Paris Syndrome?

If you have ever watched a romantic movie, Paris is that one city you totally yearn to visit. Its scented air, steamy outdoor coffee, dancing waiters and sensual aura are some of the many things you wish to experience. If you have the means and a partner you have been waiting to ask out, the background ought to be the Eiffel Tower with its grandeur as it gleams against the setting sun.

Besides movies, perfume commercials play a crucial part in coercing you to book a purely Parisian vacation for your honeymoon or time-off. The meandering musical streets of Paris with enchanted walls are bound to lead you to your significant other in curtains of the gigantic fountains barricading the entrance to the notable Musée du Louvre; a concept Dior wants you to believe in. Regardless of what convinced you about the beauty of Paris, a trip to the city might not be as enthralling as you might have concocted it in your head. 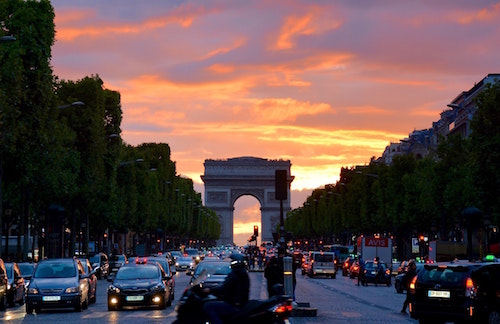 Upon touching down, your nostrils might not inhale in the smell of roses and lavender. The roads might look dainty and drab. The pedestrians, to your disappointment, might not chime in with you on the love song playing in your dull taxi ride. The natives, with immense pride in their culture and values, may actually come off as hostile, unlike the Parisians in the movies that help you discover the romantic side of the city.

The trees might be scarce and the manicured bushes may not have the same hue of green that you see on your TV screen. Bistros in the town might be full of people escaping the busy city life, with screaming children and tired mothers, each one of them looking for a moment of solace from the monotonous lives they have been living in the City of Lights. 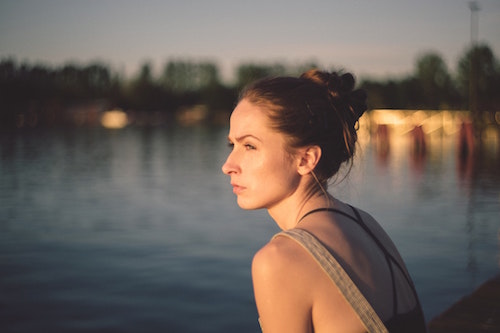 The lack of coherence between the Paris in your head and the Paris you encounter once you actually visit the city might make you light-headed. The psychological toll of the fact that Paris is like any other urban area is so potent that it presents itself as a syndrome known as the Paris Syndrome.

People suffering from this syndrome might experience some or all of the following symptoms: 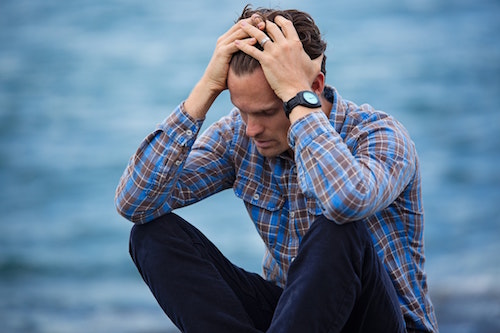 Psychologically, these patients might exhibit impulsive behavior that showcases the disappointment they experience upon visiting Paris in real life. They wish to be transported back to their country without any delay. They rush back to the airport and go into a state of borderline delirium, describing how they are not in Paris but in another city because the women are nothing like the sleek French beauties they have watched in the French magazines. Such people may also develop a phobia of traveling again- this applies to places other than Paris.

Those who are gripped by this syndrome may not be able to function normally without medical assistance and an ambulance may have to be called.

Is this Syndrome Real? 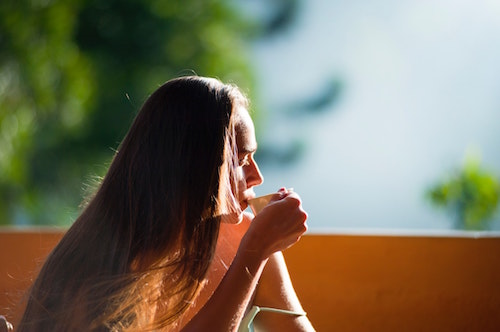 For years, the reality of this syndrome has been dismissed and has been masked as xenophobia. However, reports of the increasing number of tourists, particularly those from Japan, paint another picture.

Recent researches have proven it to be an actual psychological manifestation of disappointment, disbelief and the feeling of being lied to. Since the media portrayal of Paris and the prevalent notion of French culture are overwhelmingly amiable, most people book their trips in anticipation of being welcomed by a city where everything is perfect and lovely. French people, on the other hand, are known for being xenophobic especially against Japanese people owing to their animosity that transpired during WWII. 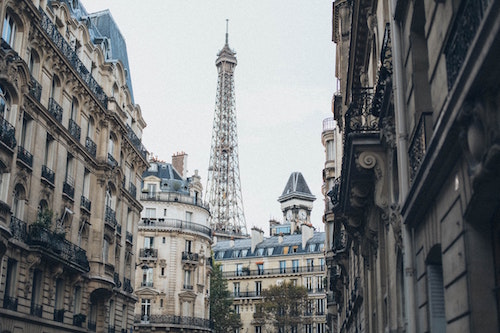 The French aren't particularly known for being too lenient to tourists, which makes sense because the city where once crime and hatred was unknown suddenly became a hub of back-to-back acts of terrorism. The locals have, hence, put their guard up and tourists have a hard time engaging with people who would not speak in a language other than French even if a foreigner asks them for simple directions to a place.

The sense of being cast out in a city that is not special affects tourists mentally and they seem to spiral downwards in Paris instead of enjoying themselves.

Why Does it Affect Mostly Japanese Tourists? 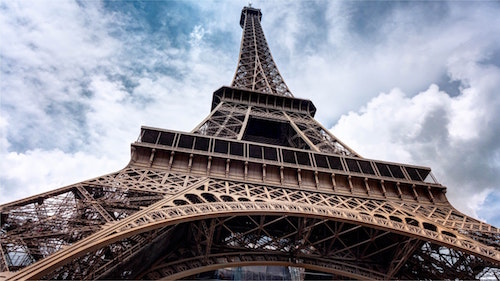 As stated previously, the Japanese and French do not share a friendly history. One is depicted as the arch-rival of the other due to the invasion of the French territory by Japan during the days of WWII.

Despite having a past where the two nations had productive and favorable terms with one another, the two could not get past the scars incurred in the war. However, keen to better the image of an important economic partner and international collaborator, the Japanese media and literature showed France in a positive light.

Being exposed to volumes of magazines, novels, and poetry filled with enchanted stories about Paris, its beauty and its natives, Japanese tourists become obsessed with a rather exaggerated and somewhat false image of Paris and Parisians. It is only when they disembark in the city that reality hits them. 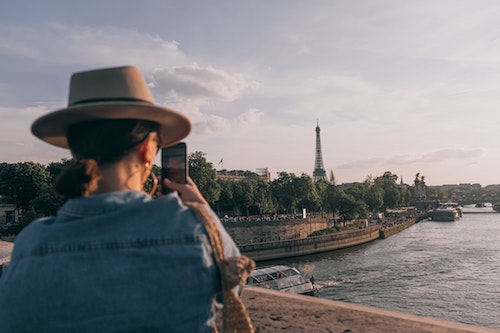 Finding Paris to be a normal elite settlement without the luster it has been narrated to possess, Japanese tourists sense a fear gripping them and making them choke on the images they had in their heads about the city. They could not make themselves believe that their obsession with Paris was all futile and that Parisians were anything but welcoming. Feeling lost in an alien city is similar to being entrapped.

Getting on to a bus choking with normal people that smell of sweat and struggle rather than being drenched in exotic scents can induce a panic attack in Japanese people in particular who have grown up on the idea of exquisite French women with flawless skins, bewitching smiles and a hospitable persona whose glittering sweat can easily qualify as a perfume elsewhere in the world. 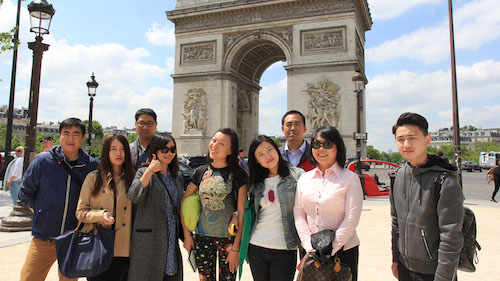 As French people are least likely to give up on their language and norms, their reluctance to communicate with Japanese tourists in comprehensible English only makes matter worse. Besides, researchers have come to the conclusion that Japanese obsession with Paris could be more than just a psychological process stemming from disappointment. Many over-zealous tourists are likely to experience the same set of physical and mental changes owing to an excessive enthusiasm of roaming the large, busy city without adequate rest.

Heatstroke is one of the many conditions that these passionate day-trippers might suffer from. This hiccup in the tour can potentially decrease their will to go on any further and can lead to depression as these tourists may feel that they lack something or are unable to take their hard-earned vacation to completion.

Another plausible explanation for this syndrome in Japanese tourists might be homesickness. The mixture of being disappointed in the reality of Paris, hostile natives and being far away from home in an unknown land can bring the bravest to their knees. Investing so much on a remote foreign trip that may have been a lifelong dream only to realize that it was all a fallacy can accentuate the feeling of being far from your family, home and culture.

How to Get Over Paris Syndrome? 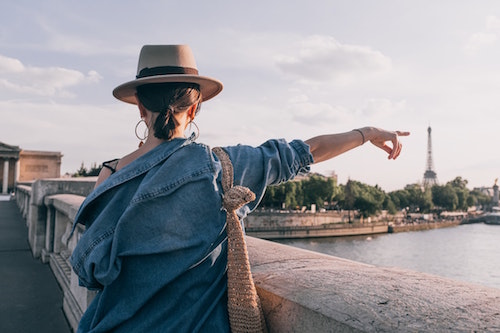 Paris Syndrome, as regarded by many scientists who have studied the many Japanese tourists that have suffered from it, is nothing less than a tantrum that a child would throw after learning that their favorite superhero is, in fact, a mere fictional character with no existence in real life. This might induce a sense of insecurity living in a world without an idol that the child may have regarded as the savior of mankind and might even make them lose trust in those around them. Similarly, tourists might be taken aback and display an adverse reaction to the reality of Paris. If you are planning a trip to Paris soon or have already been a victim to it, here are some of the things you can do to get over it once and for all:

1. Bear in mind the difference between fiction and reality

Movies and literature came into being as a means of escapism from reality for mankind. The images of Paris shown in these forms of media may be appealing, but the entire plot and the setting are fictional and are bound to be that way to satisfy the idealist in you. Do not buy the idea completely. Turn to social media pages, tourist reviews, and travel blogs to plan your trip rather than dwelling on picturesque France shown on the TV screen. 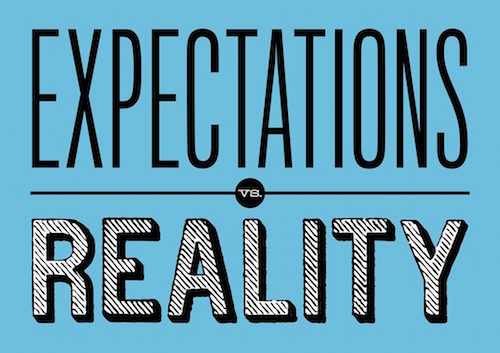 Do not expect Paris to be a utopia. Embark on your journey without any expectations of it being a chunk of paradise. It is a contemporary urban settlement comprising of people like you who lead a 9 to 5 job, living a very normal life. Let your trip dictate its quality only when you land in Paris.

3. Learn the common language or befriend a French local

French people hold their culture in very high regard. Recent events have only made them stern in their ways. Learn oft-used French words that you can use to communicate with local people or form an online friendship with someone who has been living in Paris for a while now. This will save you from the feeling of being marginalized by the locals and even help you mingle with them better.

Related Article: 9 Reasons Why I No Longer Travel On A Budget 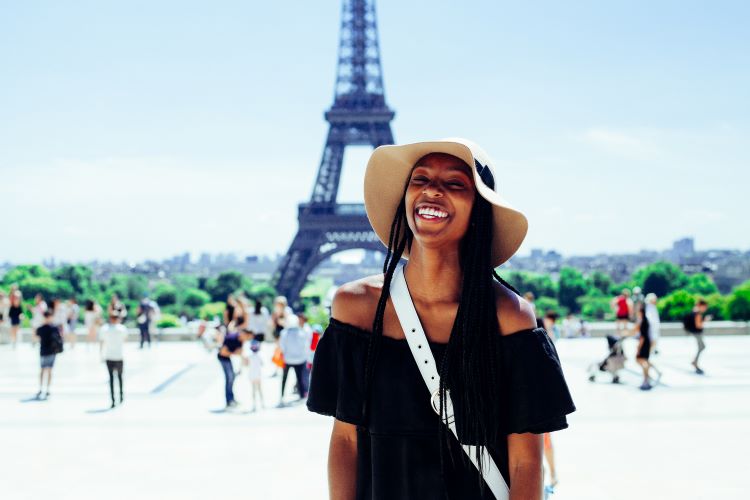 Why splurging a little can make a difference in a travel 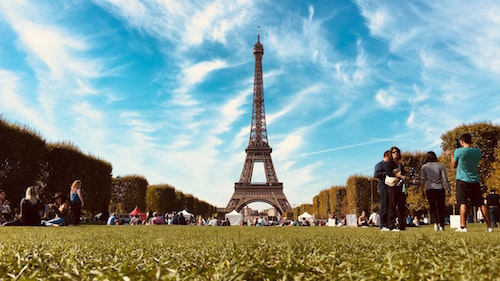 Paris Syndrome is very real and has affected Japanese tourists the most to-date. There is nothing wrong with being disappointed a little with the reality of Paris after being fed with perfect images of the city over the past many years.

Do not be afraid of this syndrome. Plan your trip now, keep expectations to a minimum and enjoy the real beauty of the City of Love.