Furry, furry fandom, or any way that you have heard of it, or haven’t you? If you have, we will explain what it actually means, and if you haven’t, we will introduce this very interesting world for you! We know we have got your attention now, so, keep reading! 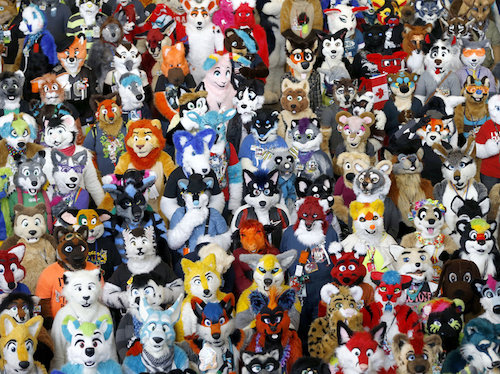 What is a Furry

The furry fandom (also known as furrydom, furred, fur fandom, or furdom) refers to fanaticism towards the furry genre of literature, art, and entertainment. The term furry fandom is also used to refer to the community of artists, writers, performers, and general fans of furry art forms that meet online and at conventions.

Members of the furry fandom, known as furries, furs, furrows, or furry fans, particularly enjoy the content that includes fictional anthropomorphic animal characters with personalities and human characteristics. Examples of anthropomorphic attributes include exhibiting intelligence and human facial expressions, the ability to speak, walk on two legs, and wear clothing. 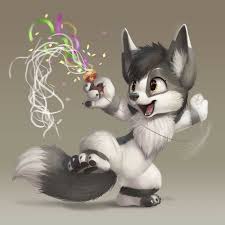 Characters that transform between human and animal are also considered by some to be part of the genre. Even some superheroes with powers derived from animals are considered of furry interest by some furs. The general idea is the combination of human and animal attributes, for which there is no documented science about what levels of mixing are required. Even Josie and Melodic franchise characters are considered of interest to the furry fandom, for only wearing costumes with animal ears and tails. 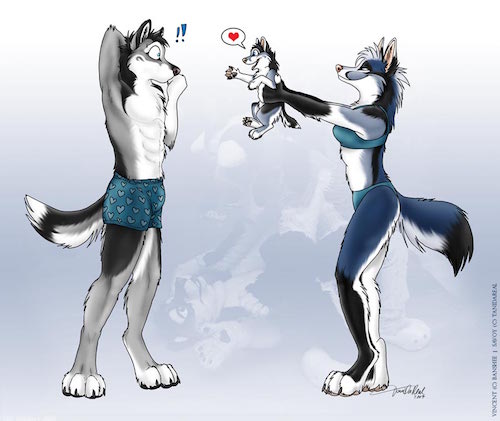 Alright, now you know what this actually means and what are they fans to, but, what is it’s origins and why is it so big now? We have the answer to that, too. 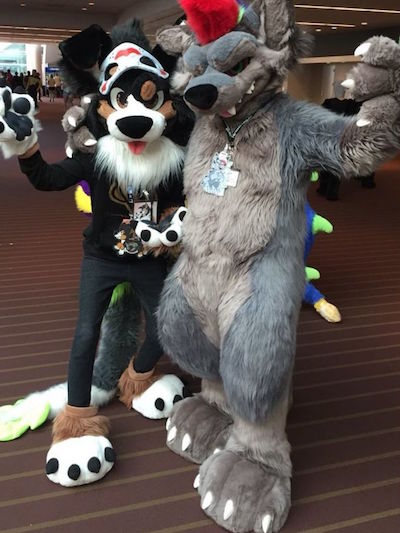 With the growth of the use of the Internet, this has become the most popular medium for the contact between furry fans and the exchange of their artistic creations. This caused the fandom to gain a greater presence and began to grow rapidly.

Virtual worlds, like the MUCKs, soon became the most popular sites on the web for furry fans to meet and network. One of the oldest and largest MUCKs in existence is FurryMUCK. One of the newer virtual worlds that draw furry fans is Second Life.

Near the early 1980s, the furry genre experienced its first boom in popularity since the 1930s. Furry characters filled the animation world as well as toy stores. But there was also adult furry entertainment. 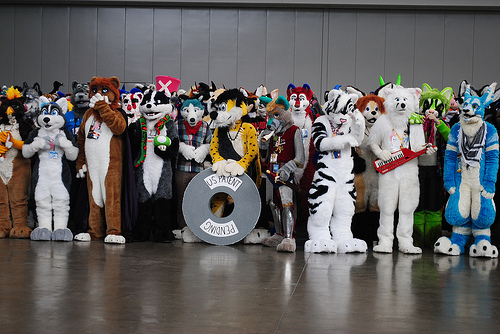 Today, those furry fans who have discovered the large concentration of other fans on the network, have joined them to form a virtual society that is considered the collective furry community. Other furry fans, especially those who do not know how to use the computer, are isolated with little or no knowledge that there is an organized community of fans with the same tastes and interests, the furry genre.

So, basically, as with pretty much any other fandom in the world, the internet has played a huge part in its development and presence. 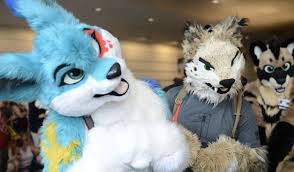 11 Signs (and Quizes) that You are a Furry

This next part here is for the ones who are confused and don’t really know if they are a furry or not. We have got 11 signs and some quizzes to know if you are part of this fandom. Take note and find out! 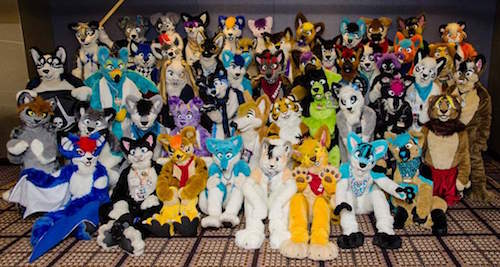 The biggest sign about furries is that they like anthropomorphic animals. Anthropomorphic is a word that means "as human". It is used to describe a well-known concept called anthropomorphism, or to attribute human characteristics to a non-human being or object. Typically it is used in reference to deities who are usually given human form. However, the word can be applied to anything non-human, including animals, plants, animals, and inanimate objects.

Since the 1980s, furry fandom has used the word to refer primarily to biped animals. Anthropomorphic animals are often called reduced anthros (abbreviations of English, where it is an abbreviation for "anthropomorphic") or morphs, and art that uses furry characters is sometimes called anthro art. Words like zoomorphic and especially therianthropic also describe a human-animal mix appropriately, but anthropomorphic is the most widely used term in fandom.

In conclusion, if you seem to like or be interested in what we just described before, chances are you are a furry. 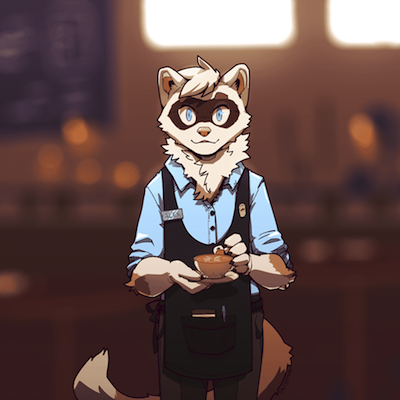 As with pretty much any other fandom or movement, all you have got to have in order to be part of it is the interest and want. If you have read all of this about furries and you want to be part of them, ta-da! You are one. It is only up to you. 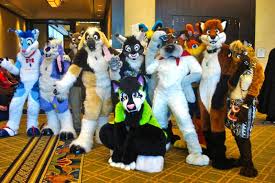 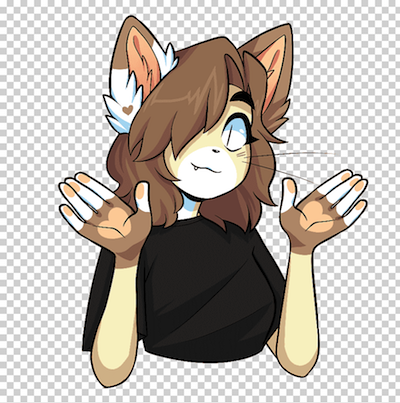 Another sign that you are a furry is that you often find yourself drawing animals, anthropomorphic or not. Wether it is in your free time, art class, during work or classes, drawing this only means that you are very interested in the fandom and what it is all about. 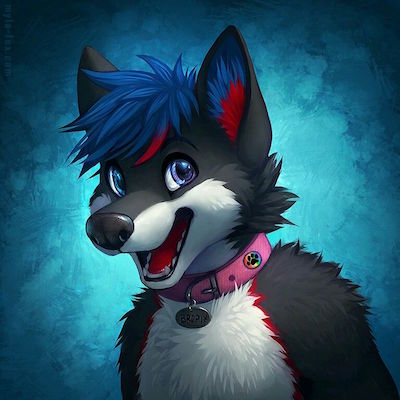 This one has a bit to do with the past sign. If in those drawings you create new furry animals and characters from your own imagination, chances are you are a furry. It also counts if you only imagine them and give them names, create their stories, and think about them a lot. 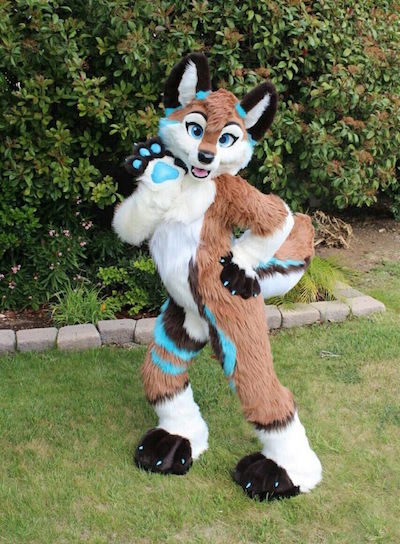 Another sign that you are a furry is that you like dressing up as animals. Whether it is for Halloween, costume parties, out of boredom, if your go to most liked costume is anything animal like: my friend, you are a furry.

6. You don't judge the fandom 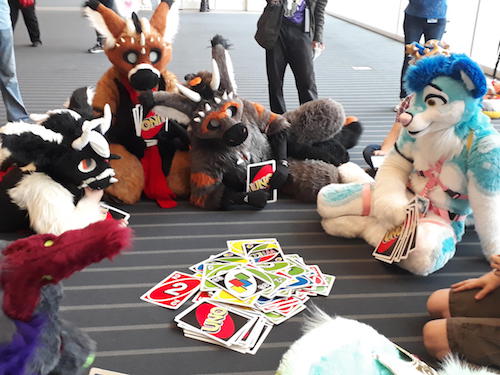 As we said before, this fandom is one of the most criticized and stigmatized of all. People say they are sick zoophillics, and even relate this interests to sex, saying they are freaks. This is not true at all: again, furries just like this things as any person will be a fan of The Beatles, for example.

If you have never had this negative thoughts and opinions towards furries, and you actually support them and don’t judge them, there is a great chance you can be a furry without any worry.

7. You identify with an animal 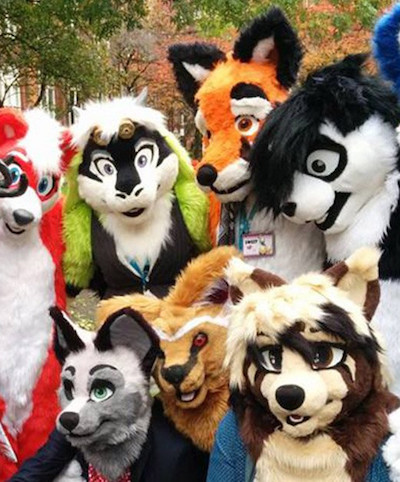 If you have an alter ego or identify yourself with an animal, you most likely are an animal. This sign is also very important to be 100% part of the fandom, as in it everyone has a true “spirit animal” they feel really connected to. 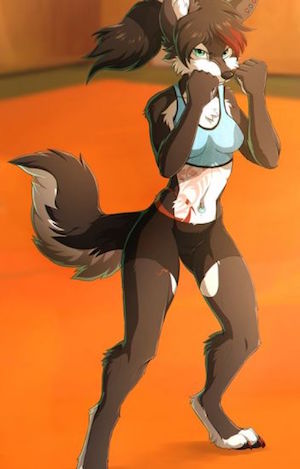 We mentioned before that you create furry characters. If you do that, and on top, write stories and fanfic about these new characters, or even ones that already exist, you are for sure part of this fandom. It can be love stories, fantasy, terror, any genre. They just have to have furry animals involved. 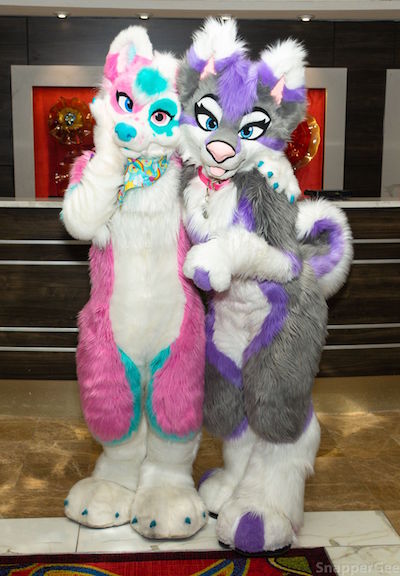 If after reading all the signs we said before you are still not sure if you are a furry or not, take any of these quizzes and you will have the final answer. 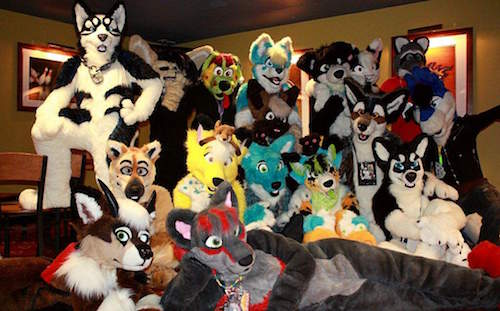 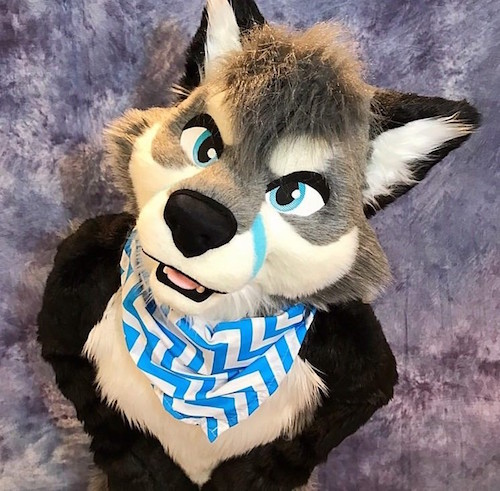 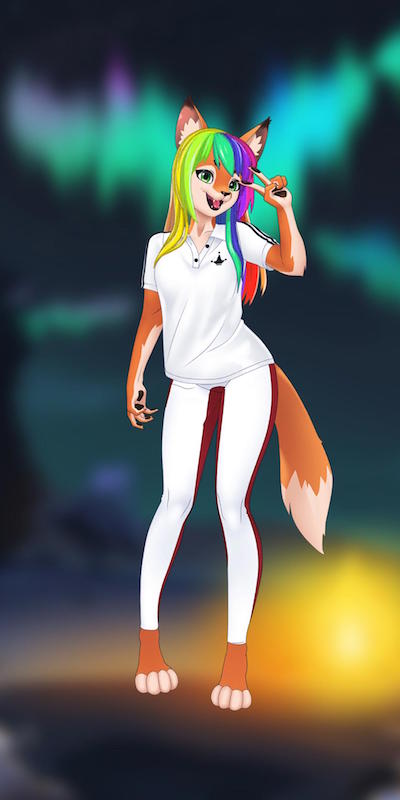 How to Embrace Yourself or a Friend as a Furry 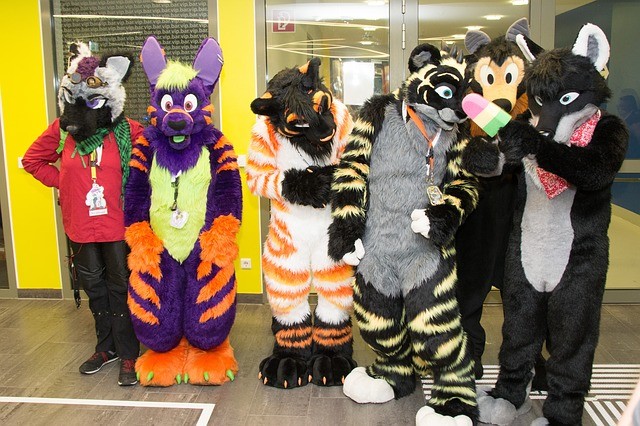 One of the biggest dilemmas of a furry is without a doubt presenting itself before society, since being one of them is commonly frowned upon. People can often think of them as weird, otaku, different, freaky, but in reality, they are just people with minoritarian preferences, reason why they are not understood. If you are a furry, or a friend is one, but you or them don’t know how to handle the situation and embrace yourself without fear of society, DONT worry! We have got the best tips on how to do this, so keep reading: 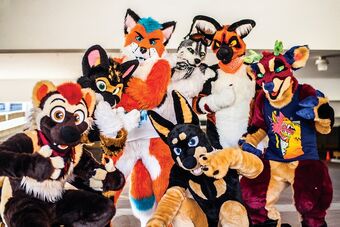 Furdom is not an overnight thing, don't expect to have a fursuit and have a heart attack for animal-sized figurines at home overnight; that can bother people and give them a freaky impression of you as any extreme change would.

The best thing is to start with furry images, or even drawing these characters, there will be people who will sarcastically tell you that you are furry and the best thing is to say "I don't really know what it's about, but it strikes me". Just slowly but surely start getting more interest and showing your new part of yourself.

2. Have interest for related topics 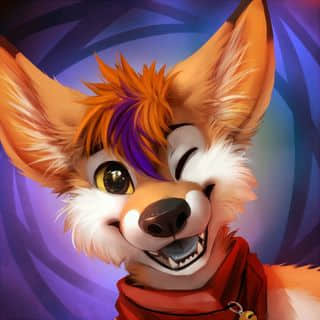 The furry fandom is not entered just to be part of something without really liking it or being interested by it. Ideally, on the part of a furry is (obviously) to have a passion for animals, it's not just like ... "I am furry and I love animals, but you are capable of not giving food or helping a homeless dog.” What we mean by this is: if you are a furry you are all in.

Using extra time to help the animal world in some way is a great way to show that you care about wildlife. Let's see, who here knew that cheetahs are in danger of extinction? That’s a fact that can distinguish a furry from one who is not. See what we mean? 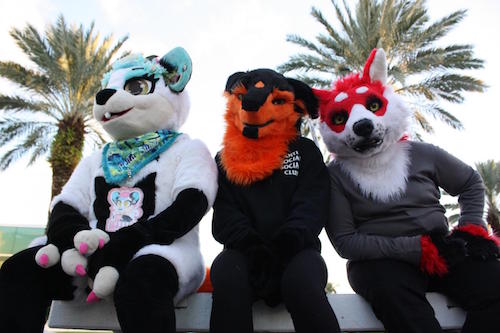 We all have a friend who we even tell the most intimate stuff about ourselves, those friends who will not stop talking to you no matter what, unless you kill their family that is.

With them you can be more free, of course, as you trust them dearly and they will never even dare to judge you. Take advantage of that, and rely on this super close friend to confess your new hobby. They will be very accepting and you will slowly feel less scared of being part of the fandom as you now got support. 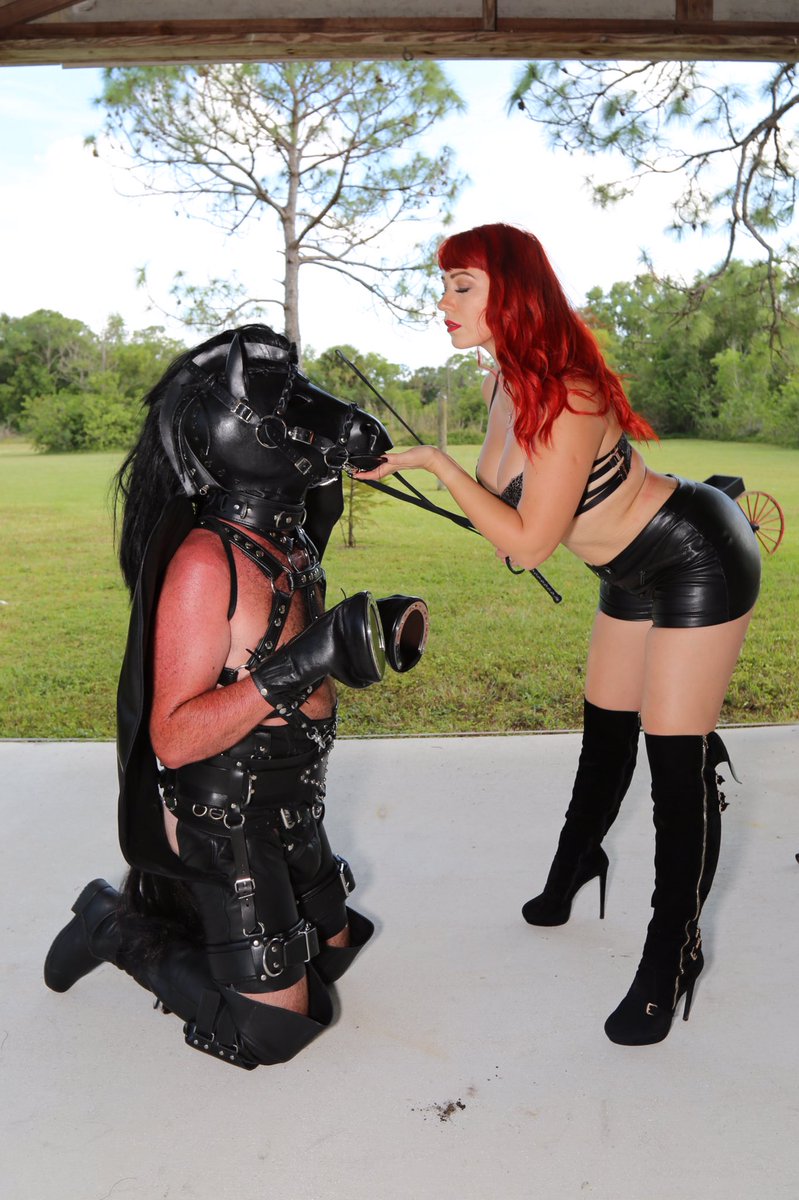 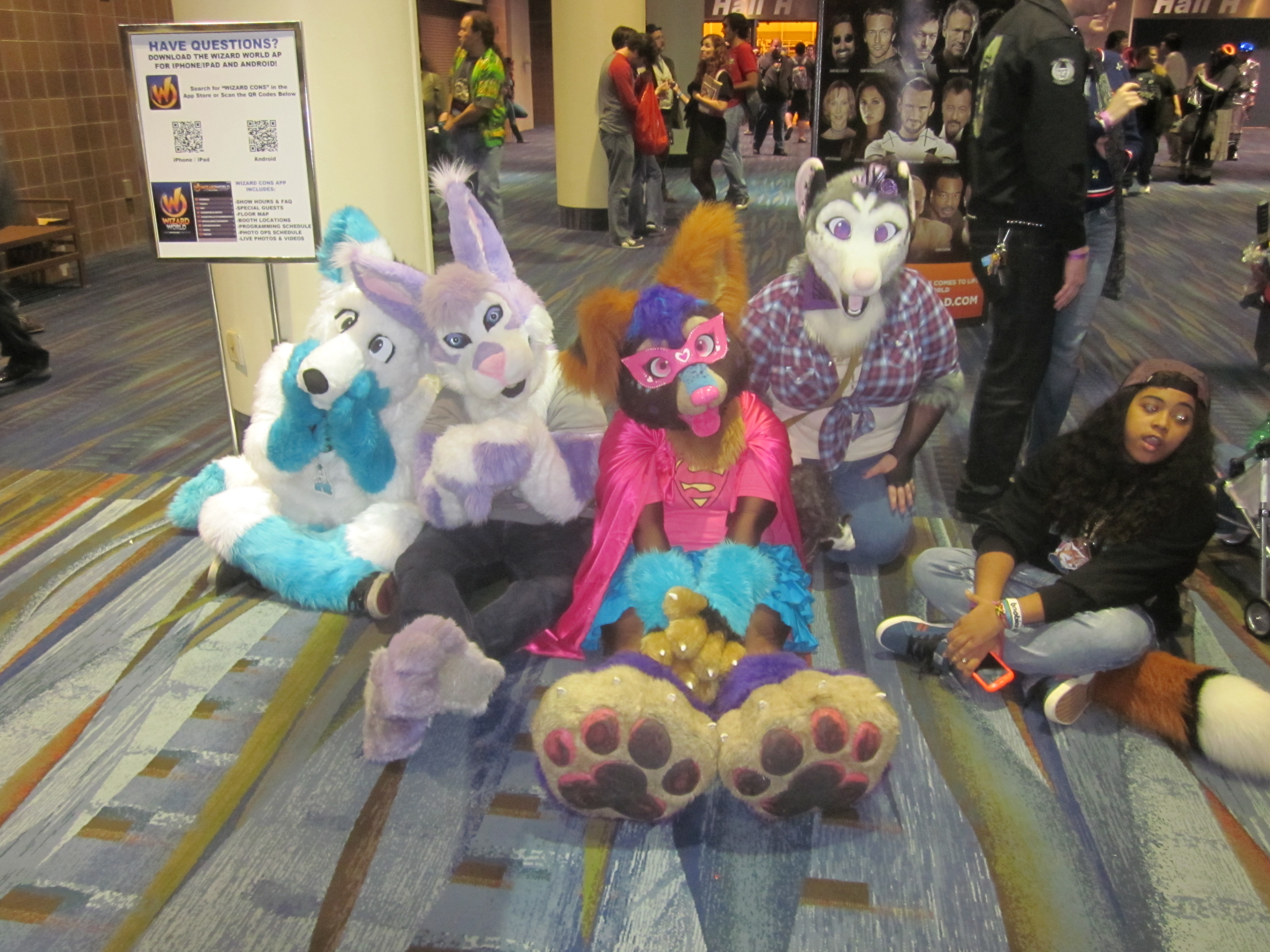 Are you impressed with this whole new world you have just discovered? Yes, we know it is actually pretty cool and actually interesting! If you liked it and want to be a part of it, what are you waiting for? And, if you used to judge it and didn't like them at all, start being more accepting, as you see, they are not weird or sick people.