What is Internet Lingo?

People on the internet use language differently from what we learned in schools and colleges or what is spoken as a native or first language. The English language has evolved and taken the form of “lingo” in the past few decades. Lingo, for example, is used for the language used over the internet which previously was used for vocabulary that was subject or region-specific or any language that was foreign to a group of people. Internet lingo these days is a commonly used term and is understood by everyone as a language that one uses for communication over the internet.

Internet lingo encompasses all words, slang, and acronyms used to save time while talking online. This cyber language or internet lingo emerged as a short way to communicate on mobile, hand-held devices over the internet. This combination of acronyms and abbreviations is found to be regularly used by people of all age groups. From text messages to emails and chats to one-on-one communications, several words are exchanged that most people from the mid-90s won’t understand. This internet lingo has become so common that sometimes you forget the actual word and the spellings of it. So to keep up with the pace of this era, you need to understand this “lingo” cuz  IMHO its short and smart.

25 Popular Internet Lingo All Over The Net 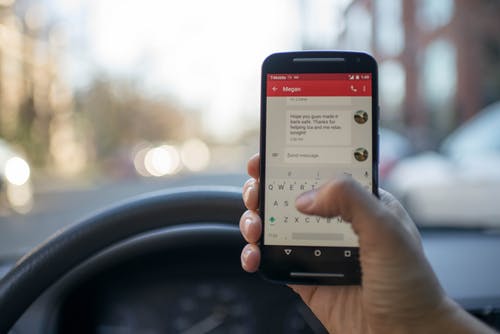 To learn every language, you need to learn the basics first. Although internet lingo is based on everyday English language, it would be a bit tricky to get hold of everything all at once. Some words in this language are easier to understand as they are shortened words but some acronyms and abbreviations will take a while to roll on the tongue. Mentioned below are 25 of the most popular internet lingo used over the net by teens, tweens and even elders. 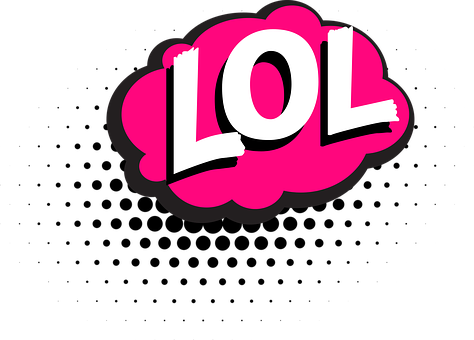 One of the very first words that became part of internet lingo was LOL. It is a short form of laughing out loud and is used in funny situations. People usually say LOL as a reply to a joke. Since in a text message one cannot see the facial expression, saying LOL means that I found this situation or joke so funny that I am laughing out loud. 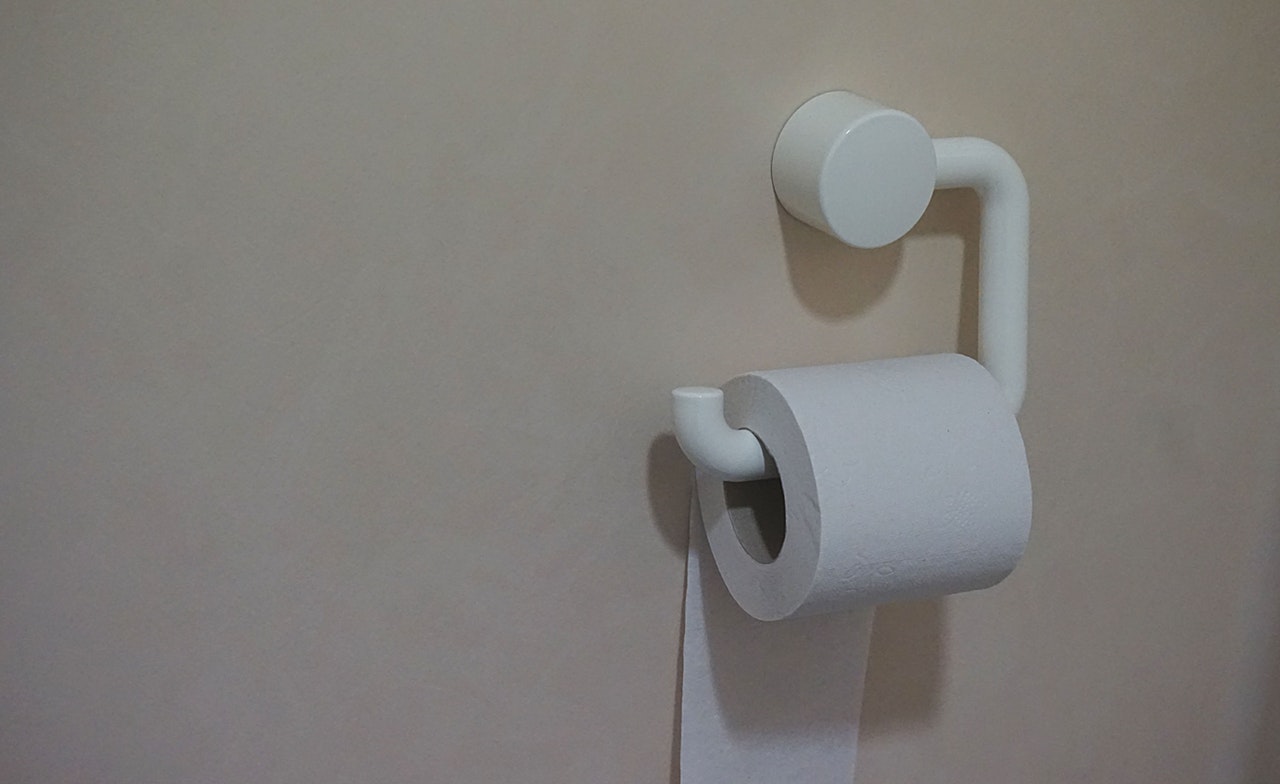 During a conversation, if a person says brb, it means he or she is going away for a while (washroom maybe) and will be back shortly. It takes longer to type “I will be right back” so brb took its place which is shorter and easily understood by the recipient.

You are talking to a friend through text messaging and suddenly you remember you had to go somewhere, what would you say? Well, most people would say something like, “Hey listen, I’ve got to go to the market or do something”, a person who uses internet lingo, on the other hand, would only say “g2g, cya later”. Can you decipher it? No? Well, it is short for “got to go, will see you later”, simple, ain’t it?

If you are a social person and active on social media platforms, you must have hundreds of friends. It is normal for such people several friend requests from people they don’t even know. If you receive a message from a stranger on your cell, the first reply would be DIKY? DIKY is short for do I know you and is a commonly used reply for unknown messages. 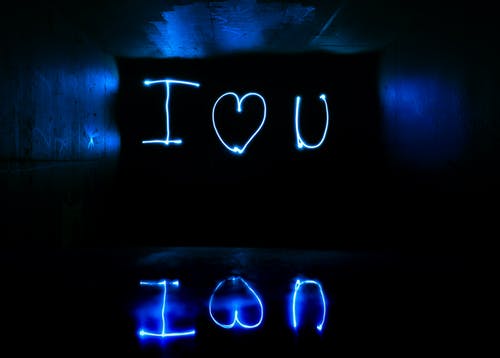 A romantic conversation should never end. One needs to be versatile in expressing love. Internet lingo has everything for everyone; even for those who want to express love in brief. ILY stands for I love you and is mostly said by millennial couples during mobile messaging. You don’t need to be romantically involved to say ILY, be it a friend, parent sibling or colleague, saying ILY is the best way to make them realize that you care for them and love them.

Internet lingo isn’t just about hello, hi; it is a way to send a coded message to your partners. IWSN sent to your boyfriend or girlfriend will not be deciphered by parents. Where most people regularly update their internet lingo, people keep coming up with acronyms that can’t be decoded. I had no idea what IWSN stood for until I searched the internet. Do you know what it stands for? No? It means “I want sex now”. 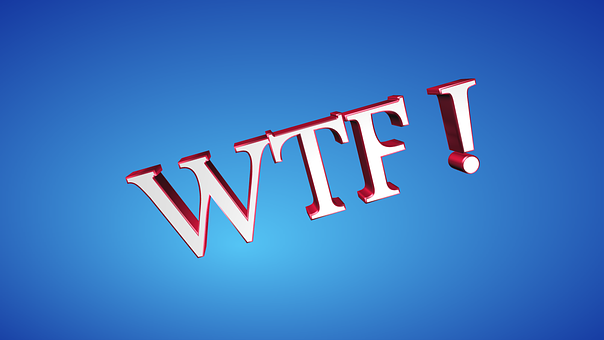 If you think dafuq is a fancy word from some other language, you are mistaken. You say DAFUQ when you want to say WTF. Yeah, you heard that right.

With everyone hovering over social media, people who look for privacy often use the word DM. So if someone asks you to DM, it means send them a “direct message” which is more private. Usually, personal details like the address and phone numbers are shared through a DM.

If you are a Miley Cyrus fan and have seen the movie “So Undercover” you must know what totes and adorbs mean. If not, let me tell you what these terms mean in internet lingo; totes is short for “totally” and adorbs is short for “adorable”.

Although certain phrases are not part of regular day-to-day conversations, they have their place in internet lingo. TBH is short for “to be honest” and is often used in text messages. 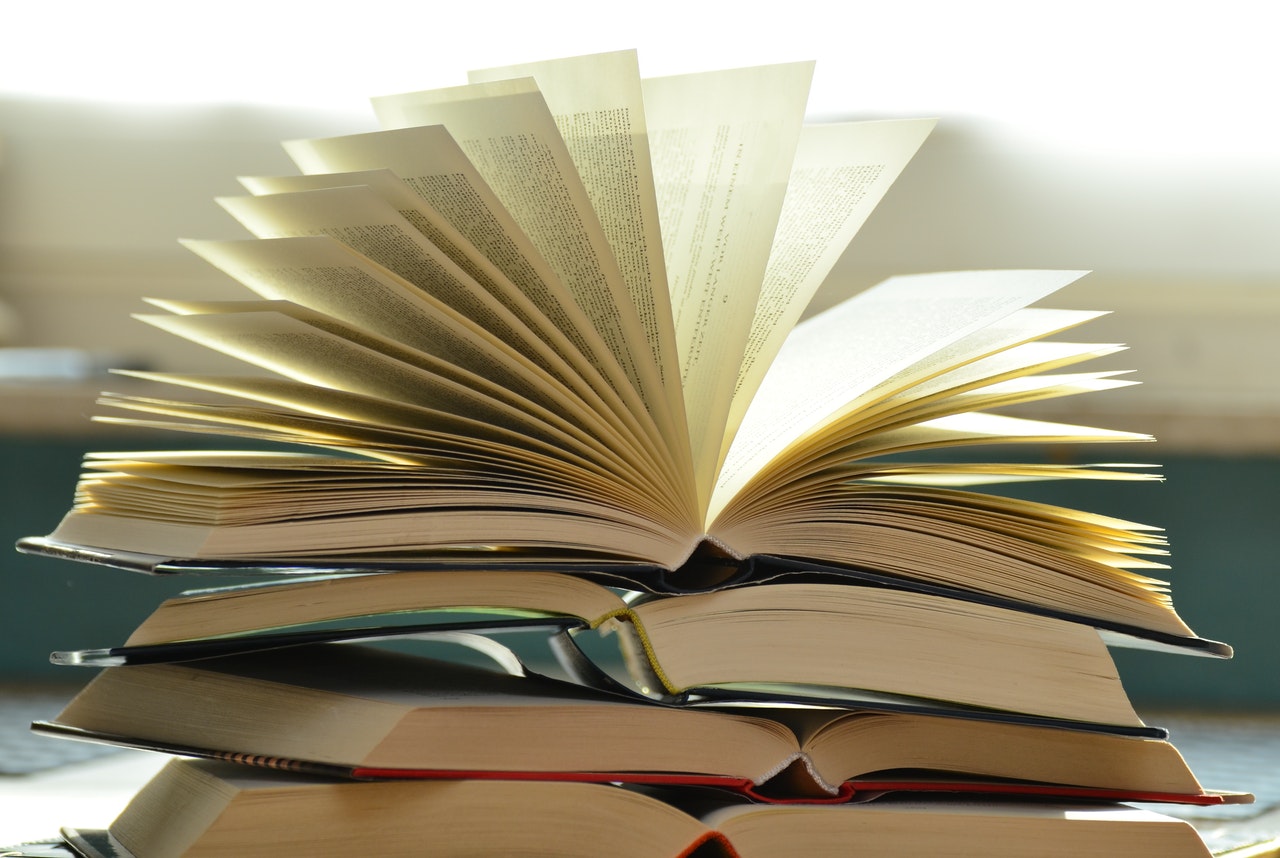 Internet lingo is all about short messages that make sense to the receiver. If you have shared an excerpt or a longer piece of information with a friend and they simply reply TL;DR or TLDR, it means “too long; didn’t read”. Well, if a person has this reply how could you imagine they would have gone through an entire paragraph.

Life on social media is surely different from your real life. You post the highlights on social media and keep gloomy stuff for real life. So if someone needs to know you, they need to know how you look like IRL. If you are still wondering, IRL stands for “In Real Life”.

Something urgent? An urgent message needs to be conveyed ASAP or AEAP. In internet language, ASAP stand for “as soon as possible” and AEAP stands for “as early as possible. So next time you want someone to reach early, just say “come ASAP”. 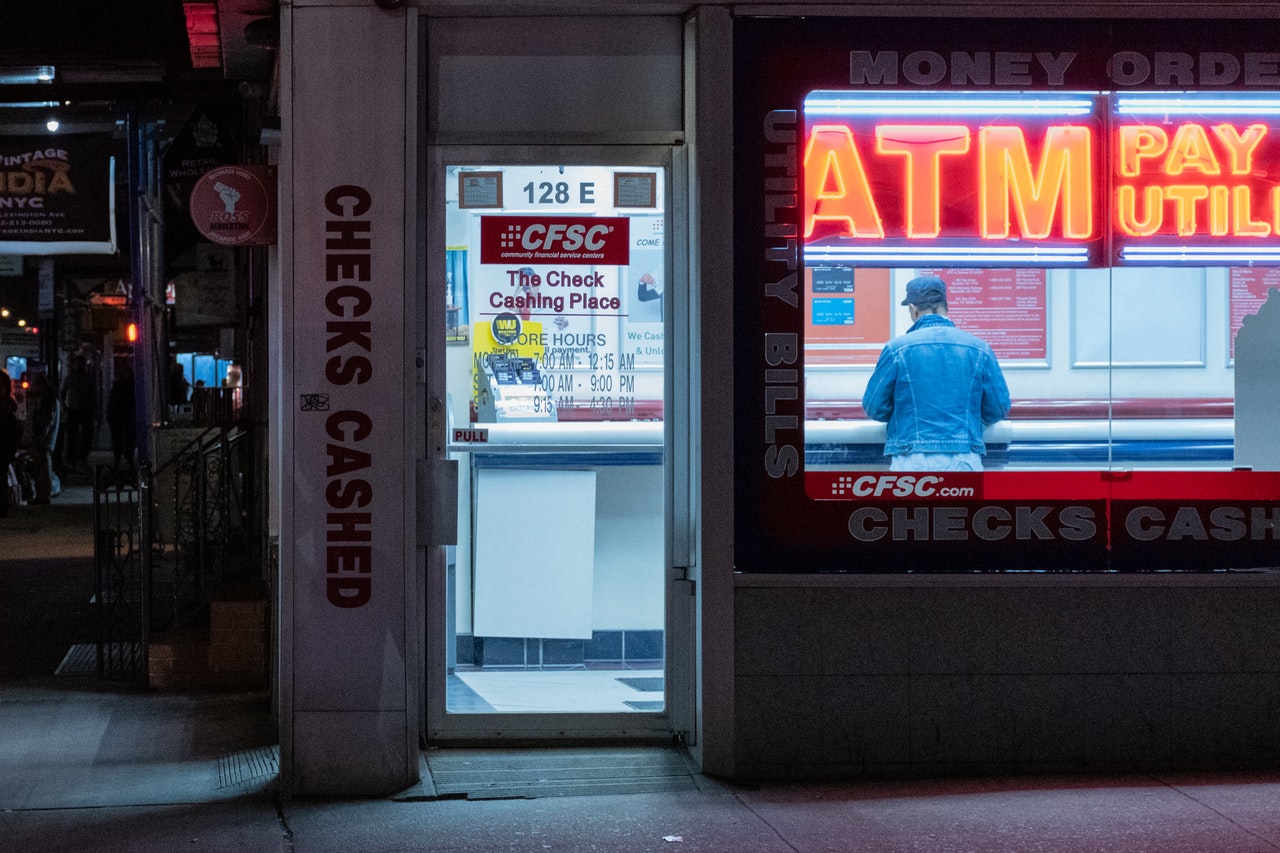 This isn’t the bank ATM; ATM in internet lingo stands for “at the moment”. If someone asks, “Are you free?”, your reply would be “not ATM”. 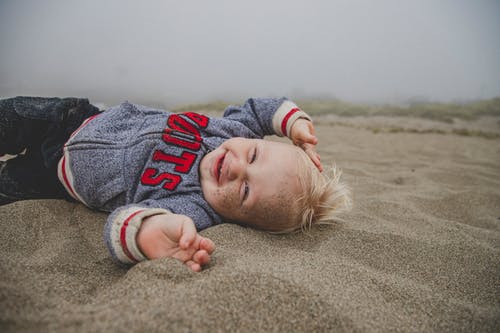 Have you ever heard a joke so funny that you start rolling on the floor? Well, we all have. There was a time when friends would get together, share jokes and would laugh like crazy. The internet has drifted us apart and brought us closer at the same time. How to tell your friend that you found their joke hilarious? Say ROFL and they will know cuz it means Rolling on the Floor Laughing.

Internet is the fastest way to share information and FYI it has the most updated information. FYI stands for “for your information” and is widely used across the internet by people of all ages.

Internet lingo is not just about abbreviations, some words are pronounced and written in a different way to look and sound KEWL. You know what KEWL is? It’s the internet way of saying COOL. KEWL, isn’t it?

No matter how close you are with your friends, sometimes you should mind your own business. Sneaking up on BFFs isn’t a good habit and if you don’t want to hear some harsh words like NOYB, keep a safe distance. NOYB in internet language stands for “none of your business”. 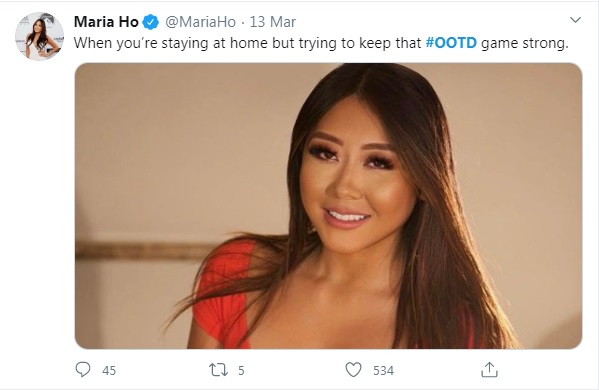 Mostly used as a hashtag on social media, OOTD reflects your fashion sense. Short for Outfit of the day, #OOTD is very popular among bloggers, influences and celebrities. 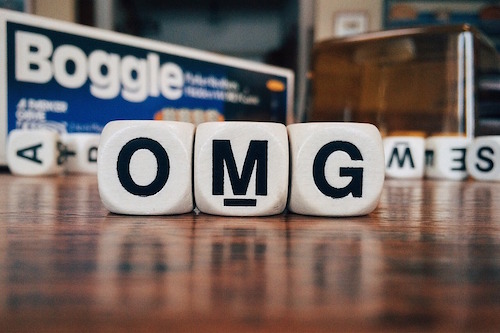 Whether you are surprised, excited or sad, OMG is a widely used acronym in different situations. It all comes down to how you said it but OMG stands for Oh My God and sounds equally good whether you are happy or about to cry.

TY for reading this article. I hope you find this information useful. TY in any conversation stands for Thank You. 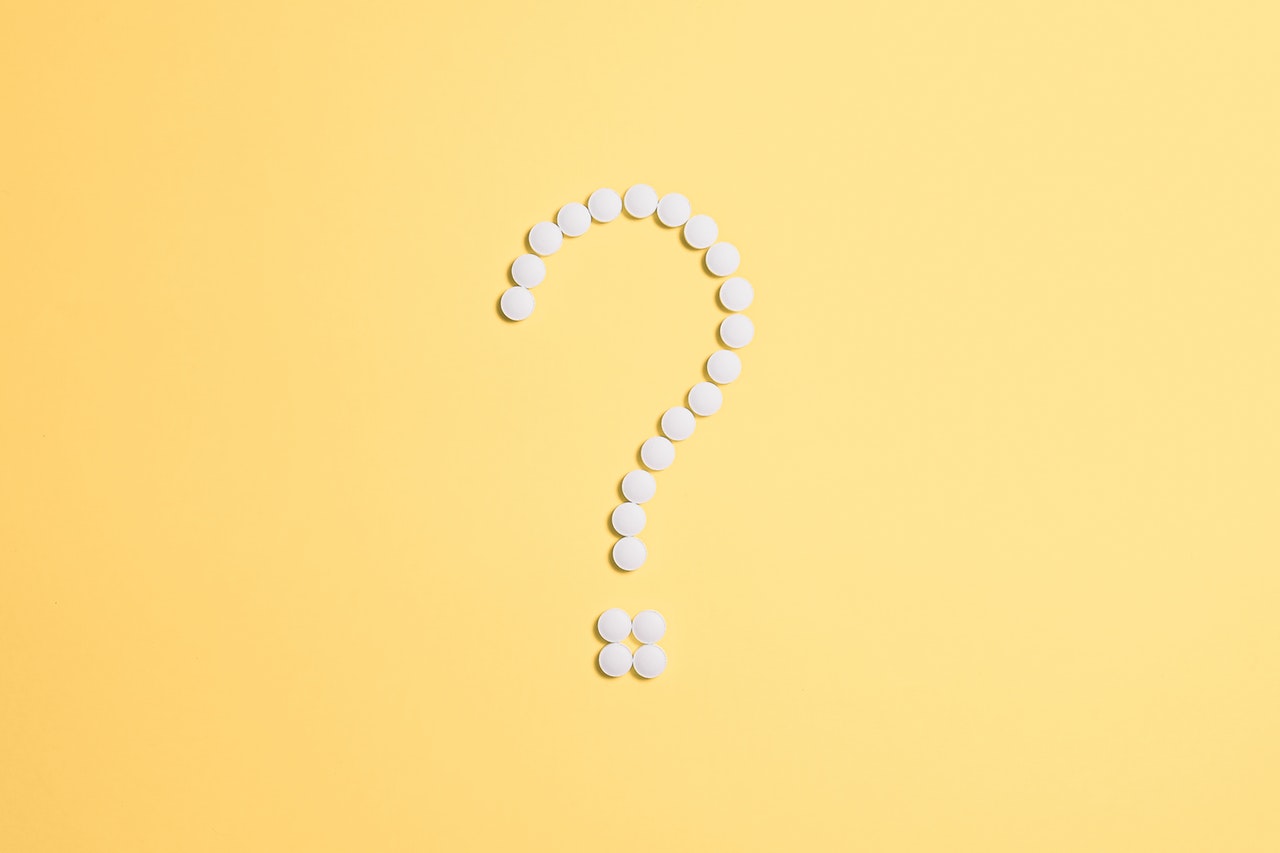 You saw it in the description so I have to mention this right? Guess what is AMA? It's "Ask Me Anything". Made popular in Reddit, AMA appears in headers with people offering to AMA about their quirky experiences. 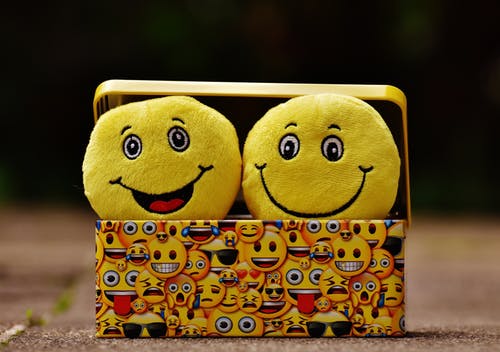 Internet language is not just about acronyms and slangs; it comprises of emotion icons that are used in combination with acronyms in chats and instant messages. These emoticons are formed by combining symbols, letters, and numbers and the final result looks like a facial expression. They are read sideways and you have to tilt your head to see what the emoticon looks like. A few common emoticons are:
•    : - ) is a smiling face
•    : - ( is a sad face
•    < 3 is a heart
•    :’ – ( is crying face
•    @}->-- is a rose
These emoticons are used in running text to express emotions.

Related Article: Stop Texting Him To Get His Attention: 8 Tips That Actually Work 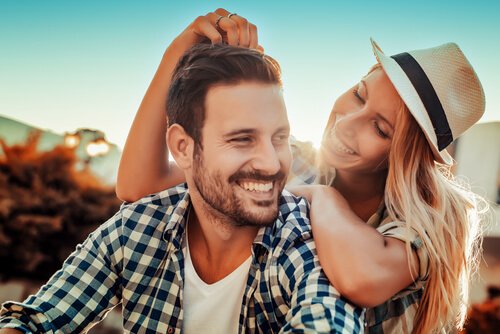 Trying to get the attention of your crush, but texting isn't working? Stop texting and try these eight tips that will definitely get his attention! 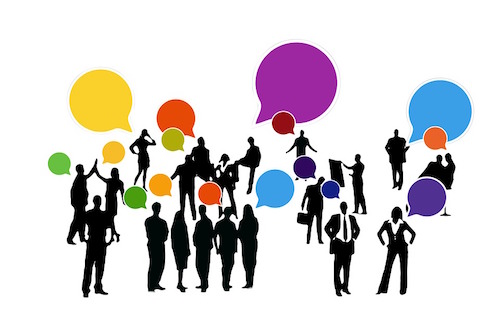 The internet has become an essential part of our life. To keep up with this fast-paced era, you need to get acquainted with the internet lingo. Whether you are tech-savvy or not, you need to learn the language of the time to stay relevant. Surely you don’t want to ask what IWSN means from a friend or they will taunt you for the rest of your life.