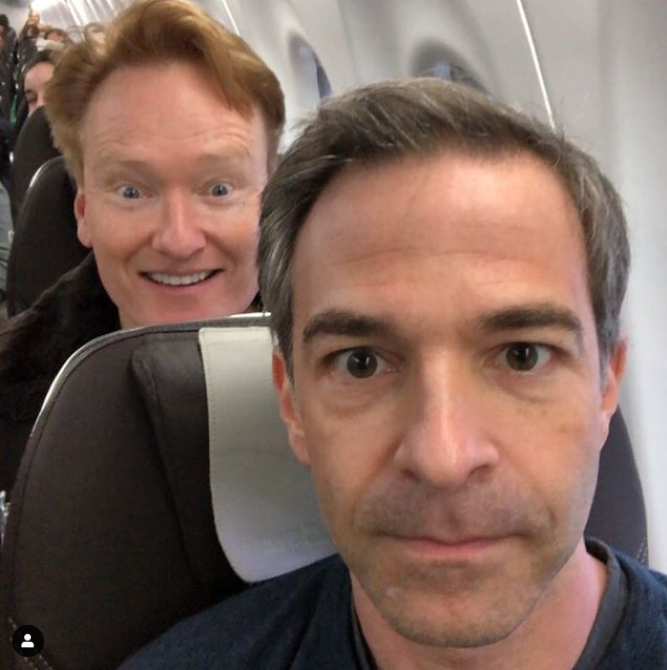 Chances are you’ve already heard about CONAN: Conan O’Brien’s hit TBS late-night show, which has been running for over a decade, and has amassed millions of devoted fans across the globe. The show is so popular, in fact, that Conan O’Brien has stated that it’s because of fan letters from different parts of the world that he decides where to go next to film the show. CONAN sent a strong and unique message to the audience by being the first American show to film in Cuba in over fifty years, and by shining some light on the issues that countries like Armenia and South Korea face. It’s a fabulous show, no doubt, and although Conan O’Brien is the star and celebrity host, there is a lot going on behind the scenes. Putting together a show like this is no easy feat, and one of the people we all have to thank for it is Jordan Schlansky.

Jordan Schlansky was born on April 13, 1973, in California, making him 47 years old today. He attended the University of Buffalo and has been working as a television producer for many years now, with his latest gig being a producer of the popular show CONAN. He’s very well known by fans because of his frequent appearances in Conan O’Brien’s skits during the show. Jordan is particularly remembered by the audience because of his tall physique and serious demeanor, which gives him a comedic charm all of his own. However, his relationship with O’Brien is anything but cold, and their friendship actually goes back over two decades, when they first started working together.

What is Conan O’Brien’s relationship with Jordan Schlansky? 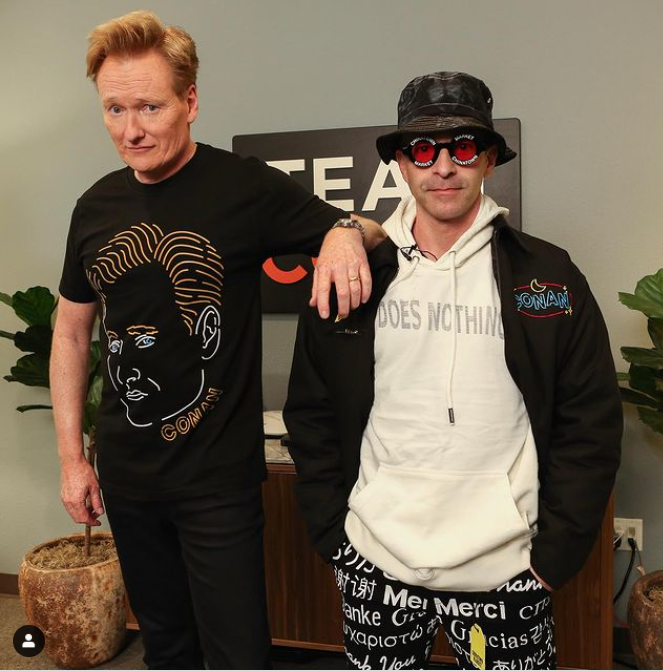 Conan O’Brien and Jordan Schlansky first met in the decade of 1990, when Schlansky began working on the Late Night with Conan O’Brien show in 1995. The two of them have become close over the years, and have continued to work together ever since. Jordan has stated before that he and O’Brien started spending even more time together and working closely during the writer’s strike that took place in Hollywood in 2008.

Jordan Schlansky and Conan O’Brien have developed a very close relationship after spending so much time working together throughout the past two decades. They not only share a very good friendship, but also complement each other really well when it comes to working. They’re both professionals and know each other well enough to propose new ideas for their joint projects. In CONAN, and much for the delight of fans, O’Brien usually incorporates Jordan into his skits. Jordan isn’t always made aware of this, however, which results in surprise reactions from him that further entertain the audience. He’s a good sport and constantly forgives O’Brien for the crazy stuff he makes him do in the show.

Is he still a producer for Conan O’Brien? 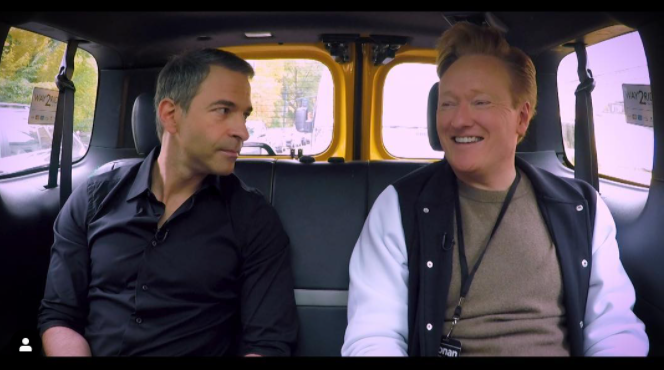 Jordan Schlansky is famously known for his phrase, “I have various duties. My title is Associate Producer”. He’s a man who’s been devoted to his craft for almost 25 years, and he enjoys creating quality shows, as well as spending time with longtime friends on Team Coco, Conan O’Brien’s crew. As of 2020, Jordan Schlansky is still working as a producer in CONAN. CONAN enjoys a lot of popularity and has been running since 2010, but it has recently been announced that the show will end in 2021 so that Conan O’Brien has the free time to focus on new upcoming projects.

He has actually been a late-night television show host for almost thirty years now, so he’s ready to take on something different: O’Brien is set to host a new weekly variety show, which will be an exclusive HBO Max production. He’s stated before that he’s absolutely ecstatic to be moving into a streaming platform, which seems to be all the rage and the biggest trend in Hollywood these days. There aren’t many details available as of yet, but Conan O’Brien has talked about “Team Coco”, his team of trusted producers and crew, taking part in this project as well. This is why it’s safe to say that it’s quite likely that Jordan Schlansky will come along for the ride.

What other works did Jordan Schlansky have aside CONAN? 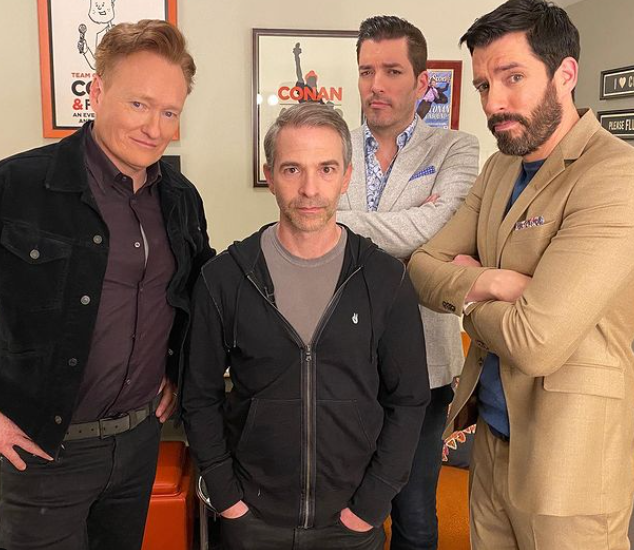 There is not a lot of information about what Jordan Schlansky did before working in Hollywood, but his first professional credit in the entertainment business was working as production staff on Late Night with Conan O’Brien, from 1995 to 1996. In 1998 he went on to become production manager and unit manager on the very same show, before taking on the role of associate producer on the Late Night with Conan O’Brien show from 2003 until 2009. He kept his associate producer position for The Tonight Show with Conan O’Brien from 2009 until 2010, and that’s when CONAN happened. Ever since the show premiered in 2010, he’s been working as an associate producer, and even though the show is ending soon, there’s a big chance Jordan and O’Brien will keep working together as they have for the past twenty five years.

What is Jordan Schlansky known for in CONAN? 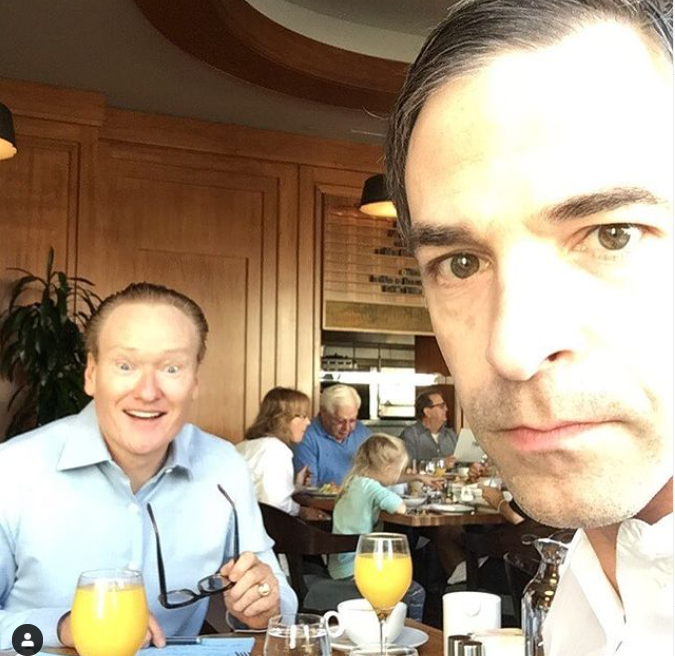 Jordan Schlansky is known by longtime Conan O’Brien fans for his role as producer in many of O’Brien’s shows. Most recently, CONAN viewers know him for being included in a lot of the comedic skits that are part of the show’s regular schedule. He has also brought him along for international trips taken for the show’s sake and appeared with him on camera. They also have a particular friend tradition going on: Jordan and Conan are said to have become friends over dinner in NYC, and so they usually replicate this same scenario in different parts of the world, such as Italy and Japan. Of course, with Conan O’Brien being the comedic genius he is, a lot of laughter and hilarity definitely ensued.

When did he ever break character in CONAN? 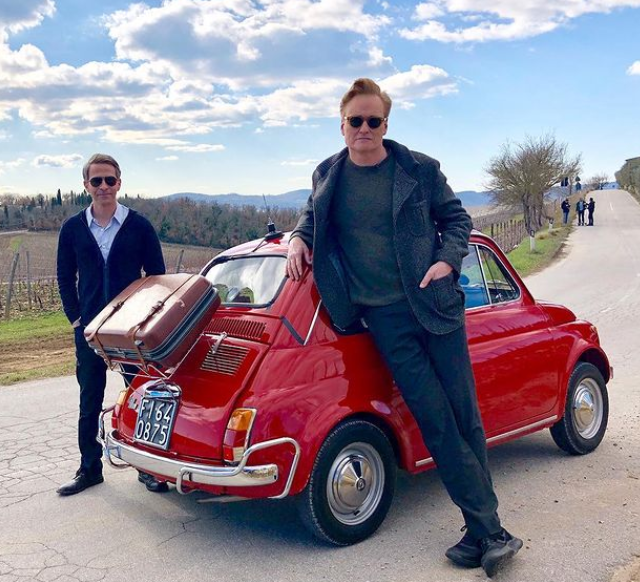 Jordan’s wildly popular for his serious demeanor and for holding that character during most of the skits, causing a comedic reaction in the audience. In the past, fans even went as far as to assume that he was on the autistic spectrum because his cold character was simply beyond what anyone had ever seen before. However, because he’s not a professional actor, and also because Conan O’Brien sometimes includes him on his skits without letting him know beforehand, there are many times Jordan has broken character in the middle of filming for CONAN. One of the most famous happenings in this department took place during their Italy trip, where he was taken by surprise many times due to O’Brien's improvisation and constant change of plans.

There are several videos on the internet that compile the moments in which Jordan has broken character during the show, and they have racked up millions of views and thousands of comments. Seeing him break character has given many fans some peace of mind, for they used to wonder whether or not Jordan was actually part of the show’s crew (as it was claimed), or just an actor hired to play the role of stoic associate producer. His breaking character has shown them he’s actually human and has made the audience see him in a new light. Some of the show’s devoted viewers have found these moments to be funnier than the skits themselves.

Related Article: All to Know: Anna Kendrick Dating, Bio and Net Worth 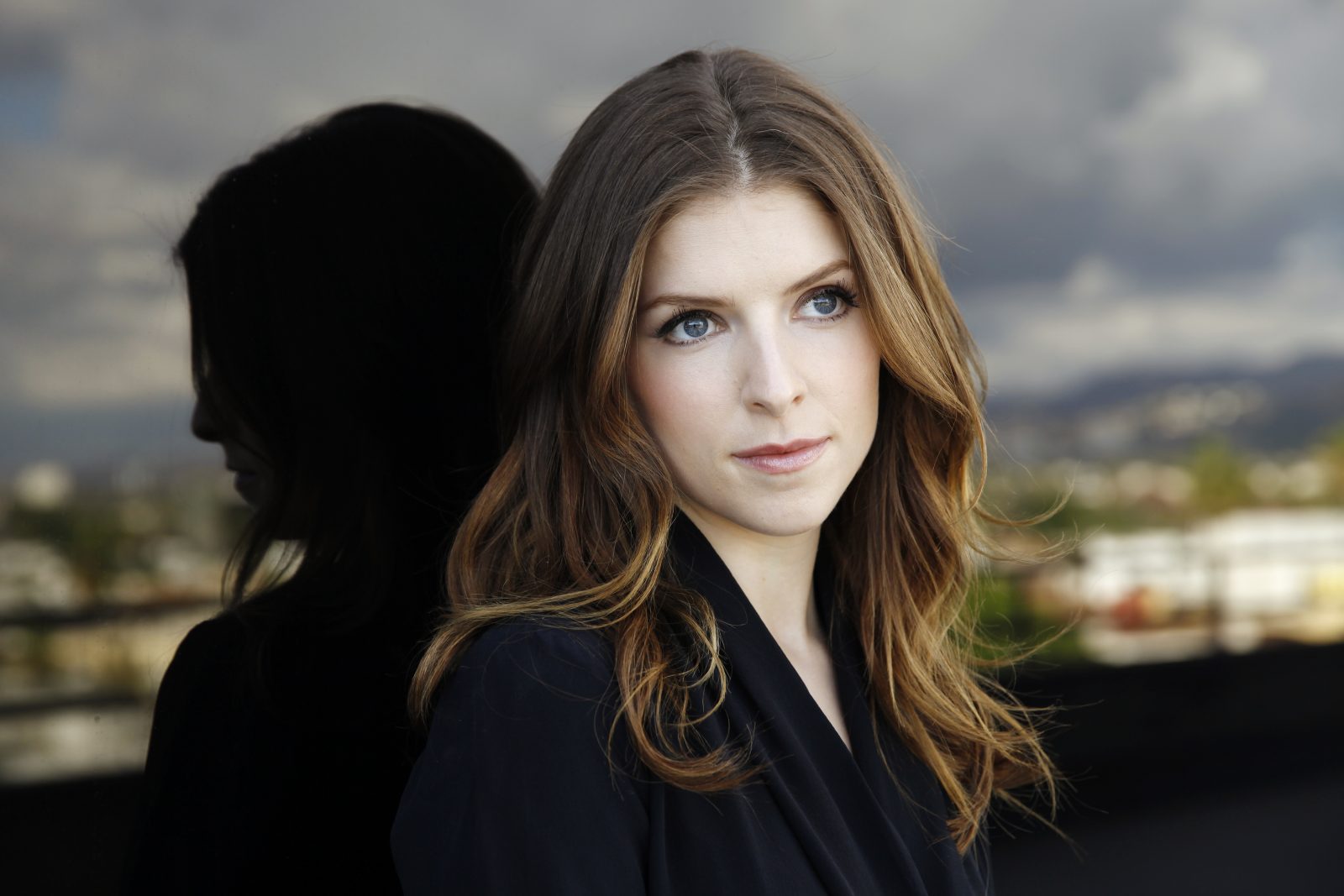 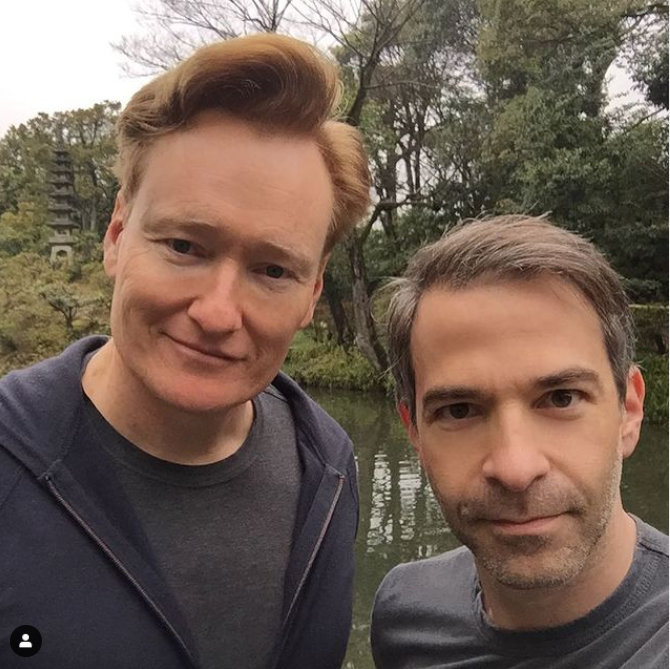 Jordan Schlansky and Conan O’Brien are the perfect example of a long-lasting work partnership in Hollywood. The show business is a cruel place, where there's backstabbing and betrayal happening every day, just to get to the top. It’s not easy to maintain a friendship in Hollywood, but if Jordan and O’Brien have taught us anything, is that it’s important to keep those few friends you can trust close to you. Jordan and O’Brien have been working together since 1995, and their professional relationship has transformed into a trusting friendship and partnership with unique chemistry that charms viewers, fans around the world, and fellow workers and colleagues alike.

Together, they’ve produced and sustained several successful shows throughout the years, and they’ve given their audience and devoted fans hours of laughter and entertainment. O’Brien has used Jordan’s particular quirks and charms to their favor and incorporated him into the show’s skits, which has quickly made him become popular among viewers. His appearances on CONAN have set the show apart, and his friendship with O’Brien lets the latter get away with a lot. Jordan has helped O’Brien become the success he is today, and although CONAN is ending soon, it’s quite likely that we’ll still be able to see this pair putting on an amazing show together on their next project. Here’s hoping for more of Jordan Schlansky in the near future!