Who is Justin Hakuta?

They say behind every amazing woman rocking the game in the 21st Century, there’s a supportive man that allows her to shine like she deserves to. This is the case for Justin Hakuta, the husband of famous stand up comedian and actress Ali Wong. Justin is a businessman, a Libra, and a devoted father and partner who, despite not having a job in the same industry as his wife, still manages to give her the support she needs and helps keep the family together.

Justin Hakuta was born in Los Angeles, California on October 18th, 1982, to a Japanese-American father, renowned business tycoon Ken Hakuta, and a Filipino mother, Marilou Cantiller. Justin is Japanese-Filipino by ethnicity as well as American by birth. He also has two younger brothers, called Kenzo and Aki Hakuta. Up until the time he met Ali, they both led very different lives and were pursuing different paths, but this wasn’t an obstacle on their way to building a future together. Keep reading to find out more about Justin’s life, work, and achievements!

What is Justin Hakuta known for? 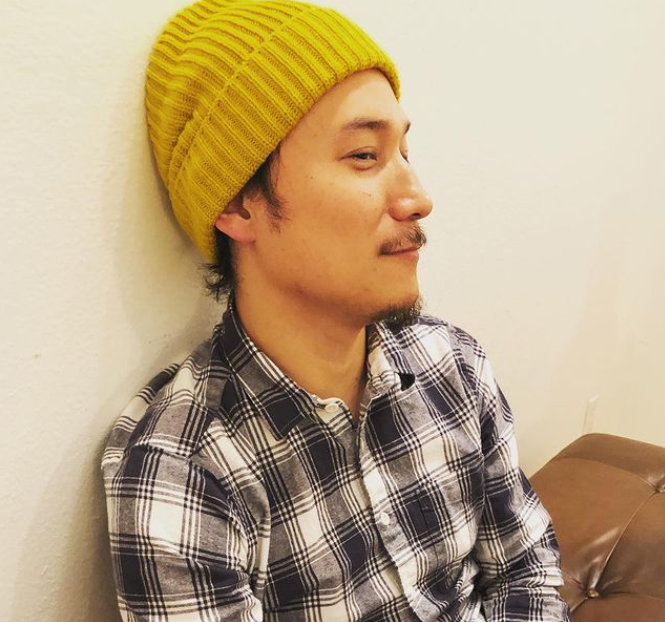 Justin’s first claim to fame was, literally, being his father’s son, because by the time he was born, Ken Hakuta was already a very well-known personality: he became a wealthy celebrity in the 80’s by creating a very popular toy called “Wacky Wall Walker”, an octopus who could walk on walls. After becoming a children’s toys entrepreneur, he starred on a kids’ TV show called “The Dr. Fad Show”, which had the purpose of teaching children how to be creative and how to come up with their own inventions.

However, unlike his famous father, Justin never felt like the limelight was calling him. He also never tried to get into show business or use his father’s influence for his own good. He led a pretty normal, down to earth life, surrounded by his brothers and parents. He went to school in Washington D.C., and after High School, decided to pursue a degree in Decision Science. For this, he attended Carnegie Mellon University in Pittsburgh, Pennsylvania. He was also an exchange student in Mexico’s Tecnológico de Monterrey University, where he took up courses on economics, Latin American and Mexican history, cognitive science, and more.

What does Justin Hakuta do for a living? 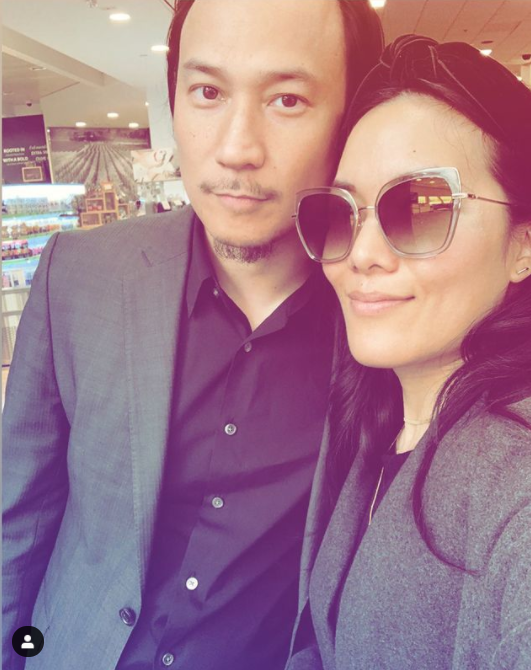 Up until 2019, Justin was the Vice President of an extremely successful, large and wealthy tech company called GoodRx. However, this amazing gig didn’t come easily; he’s been working and honing his business skills for years. After successfully pursuing his undergraduate degree, he went on to Harvard Business School and got a Master’s degree in Business Administration. He graduated from his MBA in 2011, but he had been working in Business, Sales and Marketing for a long time before that.

Justin’s career started right after attending Carnegie Mellon, when he got a job at Honest Tea in 2004. There, he learned a lot about the business and helped secure important deals for the company. Later on, he also worked for big companies such as Seventh Generation, Cargomatic Inc. and DIRECTV, as well as holding the position of Research Analyst at New York’s Center for Court Innovation. His entrepreneurial skills were also put to work shortly after graduation, when he launched YogaStart, and later by starting All Day Buffet and The Human Trafficking Project, organizations that tapped into his socially conscious side.

He’s also been credited with being the co-founder of Aviara and working there as a product leader, where he managed a large team of designers, engineers and tech professionals and successfully launched several technology platforms. Justin also worked at GoodRx as a product manager, and held the Vice President position of the company until early 2019. Since then, he’s been focusing on helping Ali’s career grow, accompanying her on most of her shows and sometimes even acting as her manager.

How did his relationship with Ali Wong start? 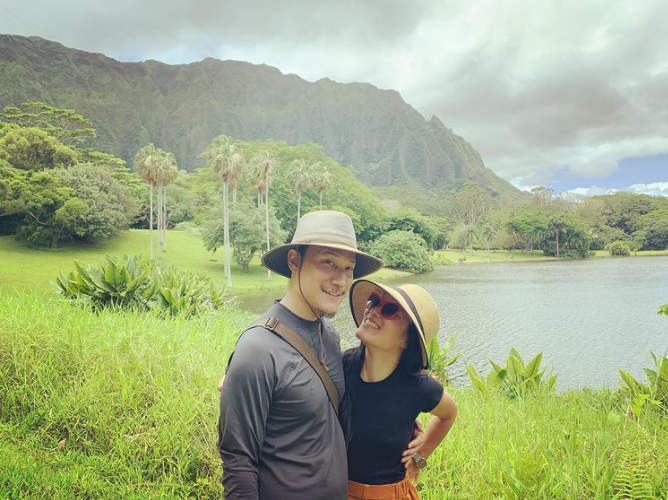 Ali’s career as a comedian was just starting out when she and Justin met at a mutual friend’s wedding in 2010. She’s said in her shows before that, the minute she found out Justin was attending Harvard Business School, she thought he was a total catch and she should be the one to tie him down. However, the joke was on her, because Justin actually had debt that amounted to $70,000. Ali jokes that it was actually him who trapped her, because she helped him pay off the debt with the money she’d earned by doing comedian gigs.

As soon as they started talking during their friend’s wedding, it was clear there was a spark and instant connection, so Ali decided to invite Justin to watch one of her shows. It was only then, after watching her performance and falling for her irreverent and one of a kind sense of humor, that Justin realized he really wanted a relationship with her. They didn’t rush things, and tried to take their time while dating and getting to know each other. Ali’s said before that the secret to snagging her husband’s heart was that she didn’t kiss him until the fifth date, which was unusual behavior on her part.

After dating for four years, Justin and Ali decided to get married in November 2014. About a year later, they welcomed their first child, Mari, into the world, and then had a second daughter, Nikki, born in November 2017. They both enjoy spending time with each other and their family, but they’ve admitted that no marriage is perfect and that they make sure to attend couple’s therapy from time to time. She’s also opened up about the hard times they both had getting over the miscarriage of their first pregnancy together, and how they supported each other on their journey to healing. When it comes to taking care of their two children, Ali has also commented on the fact that they rely on a nanny to help them care for their toddler girls while they’re at work, something extremely common in Hollywood and that she wishes more celebrities were honest about.

How does he feel about Ali’s career as a standup comedian? 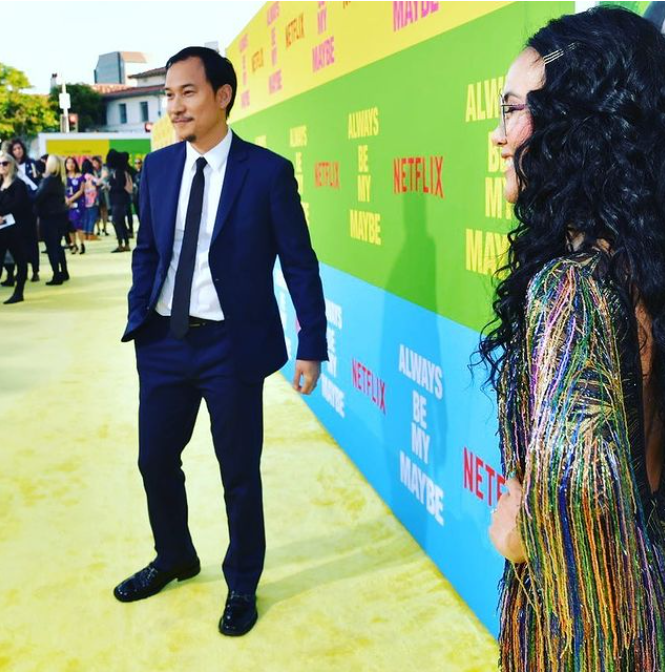 As far as supportive husbands go, Justin might as well take the cake here. Because he and Ali met when her career was just starting out, he’s been able to support her along the way and watch her become incredibly successful and famous right in front of his eyes. While some marriages might suffer because of men having a traditional view of who the breadwinner should be, this is not the case for Ali and Justin’s relationship. Justin has never wanted to be in the limelight and has a successful career of his own in a field he’s interested in, so there are no hard feelings or jealousy when it comes to Ali’s fame and success.

Justin does his part by taking care of the couple’s two daughters while Ali is busy working on her skills, writing or rehearsing for new shows. He makes sure everything’s working around the house and that the girls have everything they need. He also makes time to hear all of Ali’s jokes before she premieres them in front of the whole world. It’s a tradition they’ve established, and now Justin has to approve all of Ali’s jokes before they get to see the light, especially those that involve him. He even has the power to veto them if he thinks she’s gone overboard, and Ali respects that.

Ali Wong’s career has been skyrocketing these past few years, which means more time away from home and having a lot more on her plate, but Justin has been there to help her along the road to comedic super stardom. Lately, he’s been known to fully and constantly support Ali during her standup comedian gigs and even tagging along with her on her tours. Fans have spotted him greeting the audience as they come in, setting up a merch booth, and selling t-shirts, tote bags and memorabilia to show attendees.

Related Article: Asian Baby Girl: Everything About ABG And How To Spot One 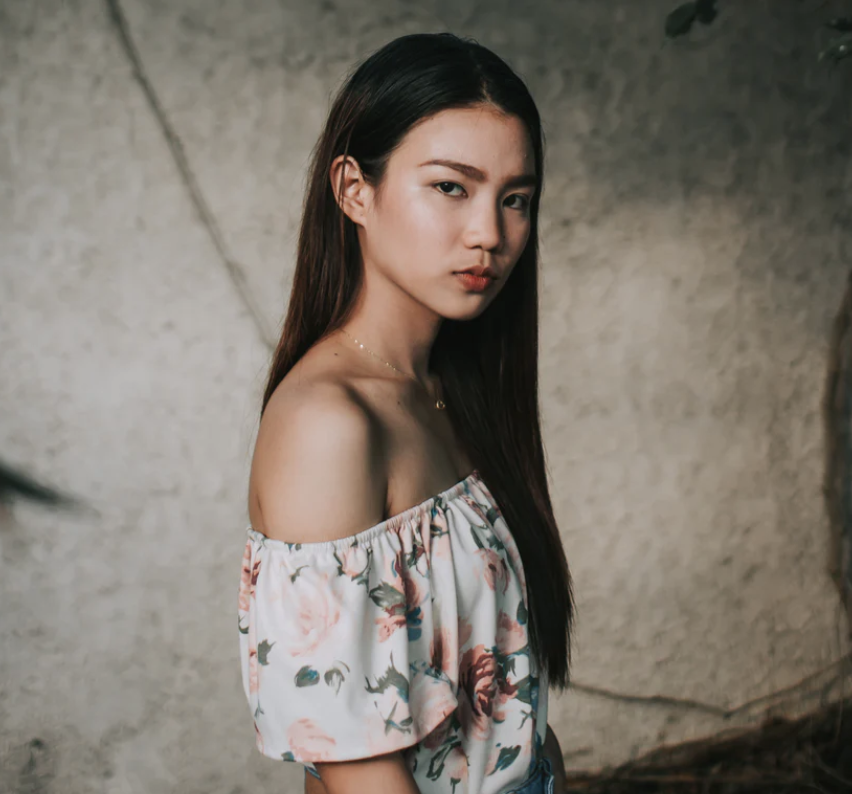 No, it is not about baby girls but a growing (Asian) trend 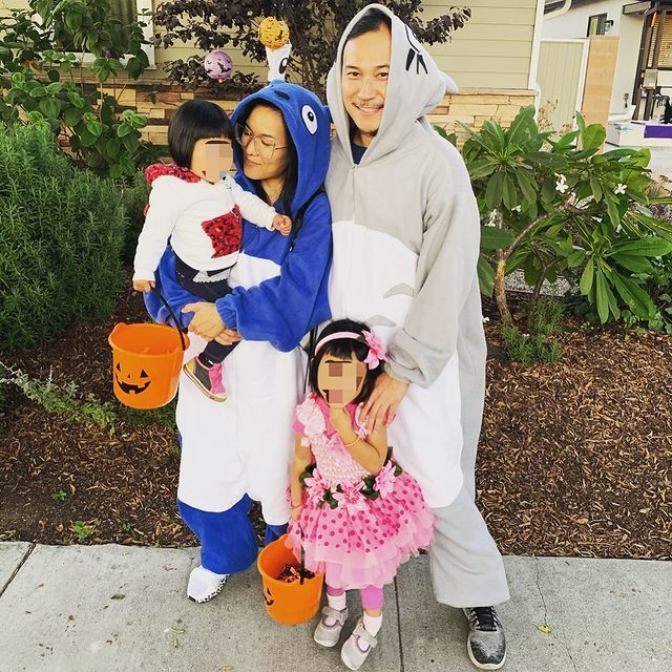 Justin Hakuta and Ali Wong are an example of a loving, functional and supportive Hollywood couple, where both parts put in the work to make the marriage work and to make sure the relationship keeps thriving throughout the good times and the challenging times. They are each other’s complement and biggest fan, and this allows them both to shine on their respective fields. Aside from having a very successful business career, Justin is also a devoted father and family man, and a strong pillar of support for Ali and her fast-growing career. Here’s to many more years of bliss for this couple!