Who is Lauren Ridloff?

Lauren Ridloff Teruel, a deaf American actress, is famous for her role as Connie on the Walking Dead TV series. On April 6, 1978, Lauren was born in Chicago, Illinois. She was born deaf, but her parents both could hear. Her father, a counselor at the University of Illinois at Chicago, was of Mexican-American descent. Ridloff’s mother was an artist. Lauren’s parents started to notice something was off about their child at around age two. This was the time that they began to think that their child might have some developmental delay. Worried for their child, Lauren’s parents got her checked, and that was when they found out that she was deaf.

Soon after, Ridloff’s life took a different turn. Her parents quickly learned signed language to be able to communicate with their deaf child. She was then placed in a Catholic school for disabilities. Despite being deaf, Lauren did well in school. Sadly, not everyone knows how to interact with deaf children, especially when they hear them speak. At 13, Lauren decided to completely stop using her voice to prevent the unnecessary judgment she received from people who based her intelligence on her speaking capabilities. Lauren was then sent to Washington, DC., for her secondary school. Here she began exploring the arts, starting with ceramics and then shortly after into drama. For one school production of The Wizard of Oz, Lauren played Dorothy. 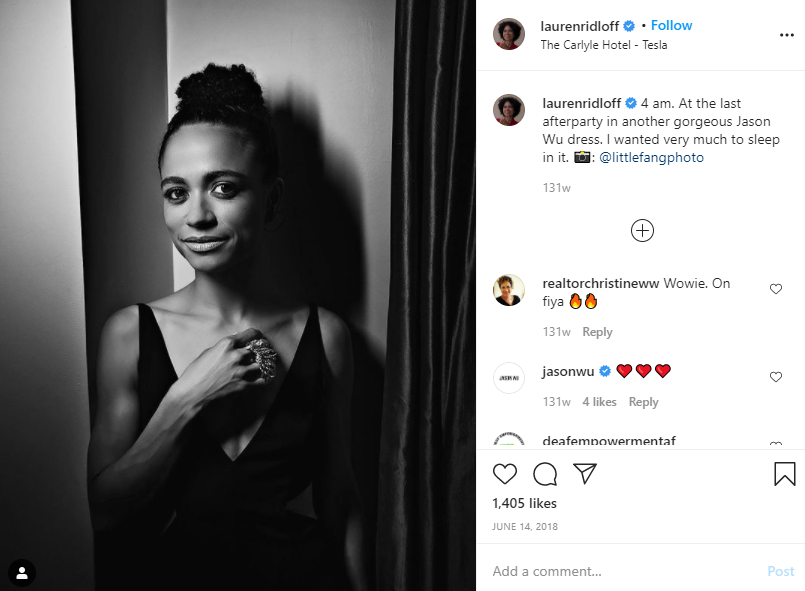 For university, Lauren went to Northridge, California State University. This university has a large population of deaf students that made up the National Center on Deafness. Lauren was an English major that majored in creative writing. She graduated in 2000 and quickly went to work. Lauren’s thirst for knowledge did not stop after graduating from university. She continued to attend different completions like the National Association of the Deaf’s Miss Deaf America, which she won at one point. Lauren’s goal was to become an accomplished children’s author. In 2005, she received her Master’s Degree in education. In 2006, she married Douglas Ridloff. The lovely couple has two children together, both boys and both deaf. Apart from teaching, Lauren also worked in showbiz and even starred in big-name films.

What films and series did she work on?

The American deaf actress is best known for her work on Broadway and The Walking Dead. In 2011, Lauren starred in the film If You Could Hear My Own Tune, as Fatima. The movie tells the story of two musicians who become connected due to their same interest in the idea of what music is to a deaf person. In 2016, in the TV series Five Under Five Project, Lauren starred in the episode Earology. The year after, she starred in a drama/mystery film called Wonderstruck. This film runs for around two hours, and it tells the story of two children who were separated from each other. Lauren starred as Pearl, one of the maids. The same year, she also starred in a film called Sign Gene: The First Deaf Superheroes. This adventure film runs for around an hour and eight minutes, and it is about the tale of the world’s first deaf superheroes. Lauren was cast as one of the agents in the film.

The years 2018-2019 were good times for Lauren as she was able to land big-name jobs that helped skyrocket her acting career. In one of her stage plays called Children of a Lesser God, Lauren received a Tony nomination for her best actress as Sarah Norman. This same stage play also earned Lauren nominations for the Drama League Award for Distinguished Performance and Outer Critics Circle Award for Outstanding Actress in a Play. Lauren was also able to star in the hit television series Legacies. In 2018, this was also the year that she was able to land a role as Connie in The Walking Dead series. She was introduced as this character in season 9 and is currently still working for this production. 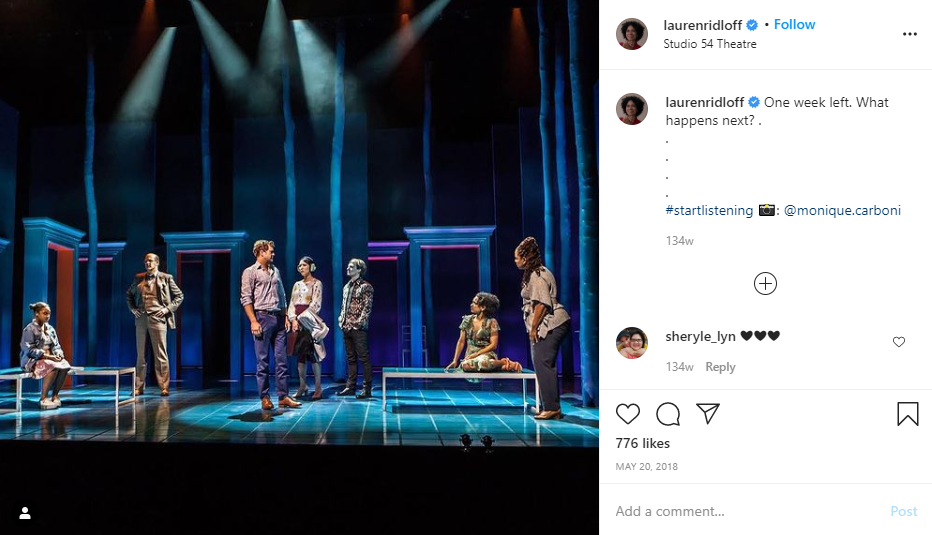 In 2019, Lauren starred in a short film that spans eleven minutes in total alongside her husband Douglas. This short drama tells the story of a deaf couple who finds out they are to have a baby. Another TV series Lauren has starred in is New Amsterdam. Lauren played Margot in the episode entitled Happy Place. The same year, Lauren played Diane in the film Sound of Metal. This film is about a heavy-metal drummer whose life goes crumbling when he realizes he is losing his hearing. Lauren has played a range of roles since the beginning of her acting career. She is even set to co-star with big names like Angelina Jolie, Richard Madden, Kumail Nanjiani, and Don Lee in the upcoming Marvel film Eternals. 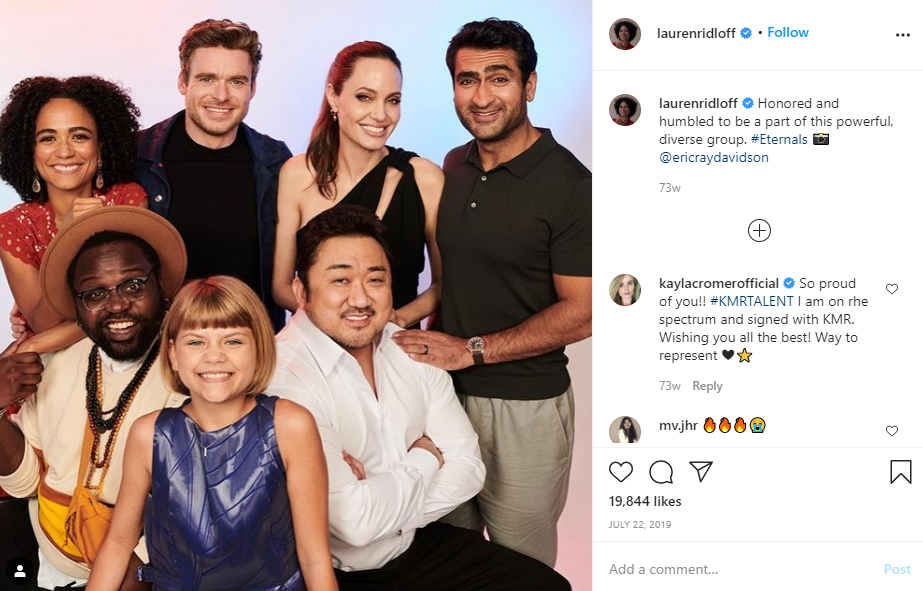 Facts about her being deaf

Lauren was born deaf to parents who both could hear. At an early age, she was already accustomed to living deaf and learned to work her way around life. Finishing both her primary and secondary education in schools that catered to deaf children, Lauren did not have difficulty adjusting. It was when she entered into acting that she encountered a steep learning curve. She did not study drama and took up education as her major, so her film industry accomplishments are quite impressive for someone without an acting background. Her inability to hear did not hinder her acting career.

She immersed herself with other deaf actors and actresses and learned from them. It was difficult in the beginning to work alongside individuals who did not have the same disability as hers. Still, through the help of her co-workers, she overcame many obstacles in her acting career. The majority or even most of the roles she plays are mostly deaf characters as she is trying to bring a new representation of deaf people in Hollywood. 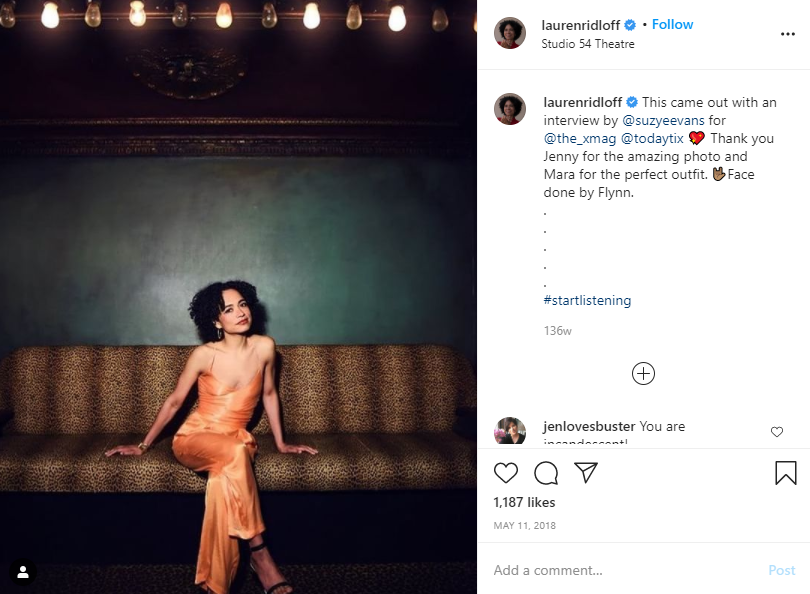 How is she bringing deaf representation to Hollywood?

On November 19, 2020, Lauren received the award Screen Actors Guild (SAG-AFTRA) Harold Russell Award at the 2020 Media Access Awards. During her acceptance speech, she extensively talked about how she is representing the deaf community to Hollywood. The award she won honored Ridloff for redefining on-screen representation for the disabled community in Hollywood as well as changing the portrayal and employment of people with disabilities. Lauren is an example to the disabled community that you, too, can be a star no matter what your disability may be.

During her speech, Ridloff said, “Thanks to those who have paved the way for me, I’ve been given an incredible platform that allows me to continue the work of reshaping the deaf narrative. My acceptance of this award is also my promise to continue to work as a deaf woman of color, an educator, a mother of two deaf boys, and an actor to present deafness not as something to overcome but as a way of life that is incredibly visual, vibrant and rich.” The Media Access Awards is a yearly event that helps shed light on the positive contributions people with disabilities work hard on; it aims to depict characters with disabilities in a better view. 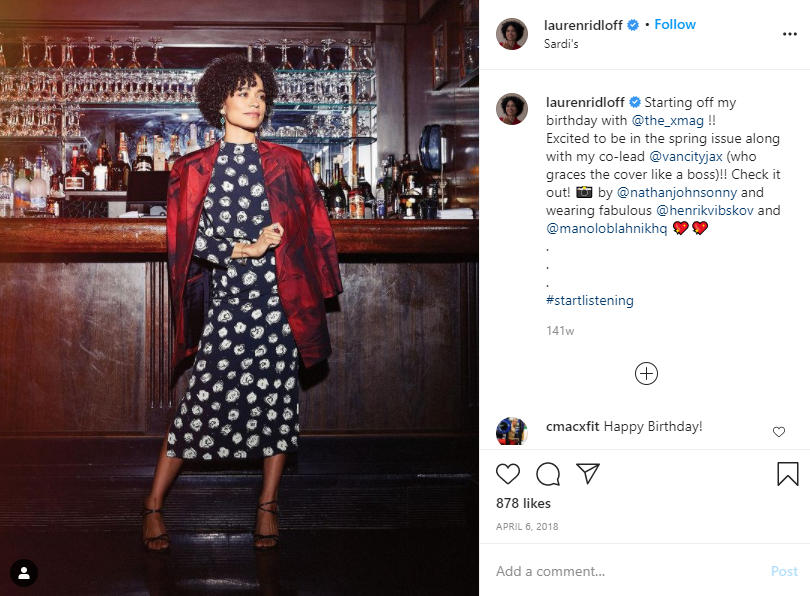 What are fun facts about Lauren Ridloff?

1. She got into acting through her ASL student Kenny Leon

Before heading into showbiz, Lauren was a kindergarten teacher. She was the ASL tutor for Kenny Leon, the director of Children of a Lesser God. The male lead was already cast to be Joshua Jackson, but the person set to play Sarah was still vacant. During one early table reading, Leon asked Lauren to substitute as Sarah, which led to her immediately getting the role.

2. She is from Chicago

Lauren grew up as Lauren Teruel in Hyde Park in Chicago. Growing up, Lauren loved to read and watch movies. It was around the age of two when her parents started to notice her disability.

3. Lauren was a teacher before she got into acting

Lauren got a degree in education and was a teacher before she got into acting. She taught in Washington DC before settling in Manhattan. 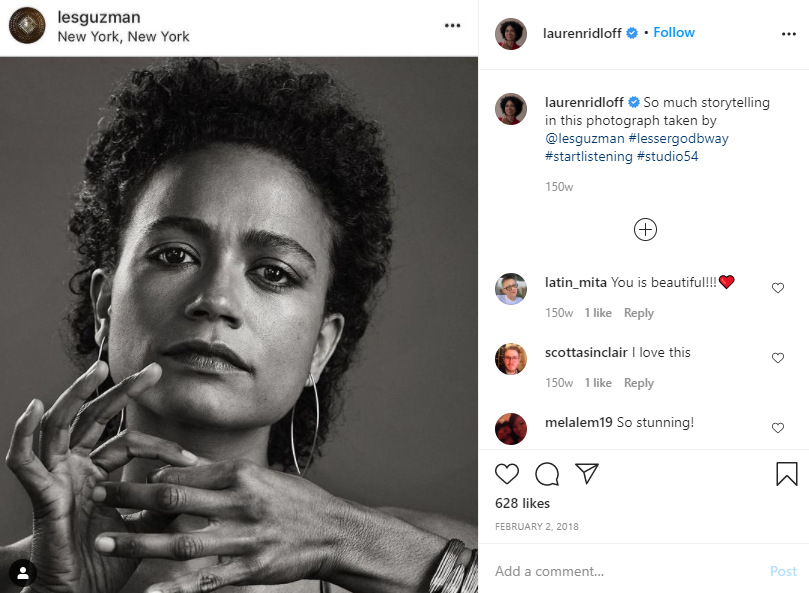 Lauren married her husband Doug, who is also deaf, in 2006. The couple has two children together who are also deaf.

5. She is Marvel’s first deaf superhero

Lauren is cast as Makkari in 2020s The Eternals, a Marvel film. 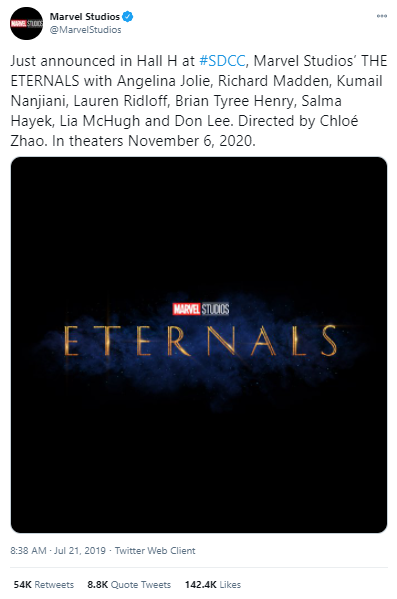 What is she working on now? 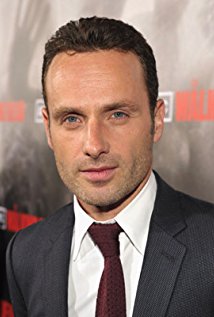 Andrew Lincoln is a popular English actor who is best known for his role on the series, 'The Walking Dead.' Check out the 10 best pics of the actor taken from Instagram.

When she's not fighting zombies or protecting the world from evil, Lauren is spending time with her family in Manhattan. Since she has gone into showbiz, Lauren has already revolutionized the representation of deaf people. She has given courage to many people with the same disability, urging them to follow their dreams. Kepp your eyes out for the upcoming films of this deaf actress who has won the hearts of many onscreen and off.