Baldnonis – Emily and Justin are one of the favorites, if not the most famous, couples out there. The reason is that they are educating their kids in every possible manner to grow without living under the cloud of gender identification.

Here, I will discuss and include a few interview pieces of this couple so that your know-how is: Baldonis Erasing Gender Stereotypes One Day at a Time.

Who is Emily Baldoni? 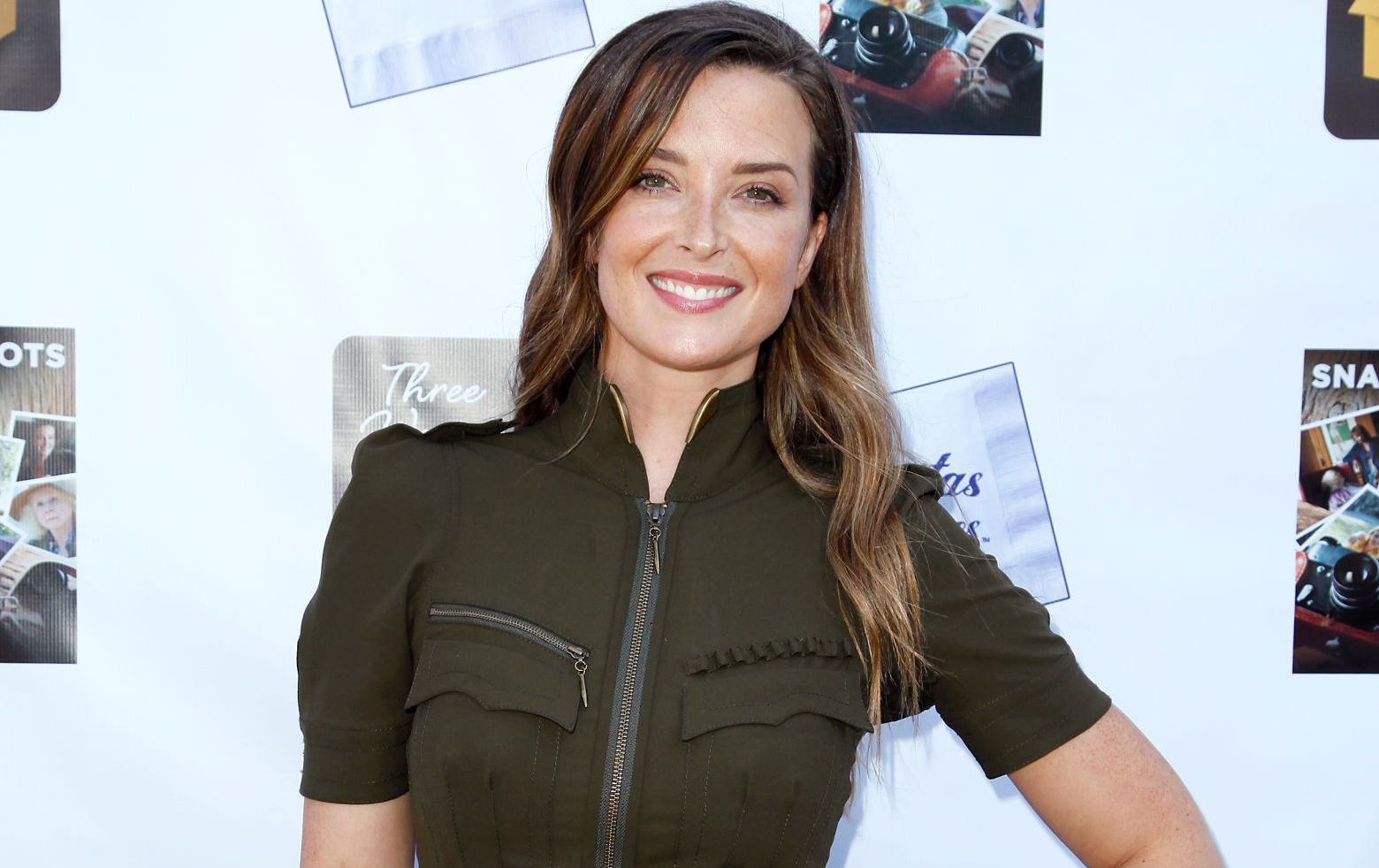 Emily Baldoni was born on the 3rd of August, 1984 in Uppsala, Sweden. Though she belongs to Sweden but shifted to the US for work and currently resides in Los Angeles with her family. She is married to Justin Baldoni and has two children – Maiya Grace Baldoni born on the 27th of June, 2015, and Maxwell Baldoni born on the 18th of October, 2017.

Emily Baldoni became famous for her role as Em in the science fiction thriller Coherence.  She has appeared in over a dozen films and television series.

How did she and Justin Baldoni meet? 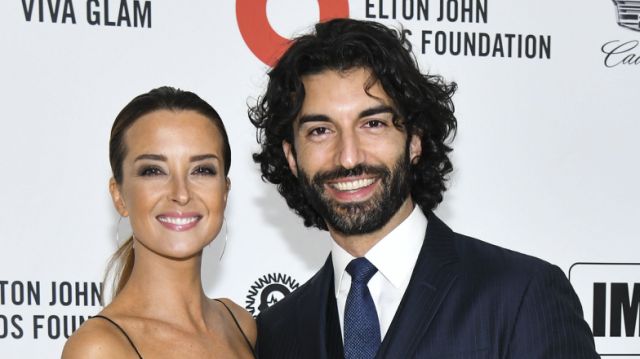 The couple met in a very dramatic yet enchanting manner.

It was Justin Baldoni, who made arrangements for meeting Emily Foxler at a local restaurant in LA. He got a giant screen installed at the hotel where his proposal video was played. He came up with a full-fledged and meaningful proposal that lasted for nearly half an hour. He started with, “I promise I’m not standing you up. I’m trying to propose!"

Till this time Justin Baldoni was not present in the restaurant. It was just his video playing and Emily trying to have a grab of this emotional situation.

When asked that why Justin came up with such a well-devised video, he explained that, "I am someone who loves grand gestures. I love expressing my love in big ways." 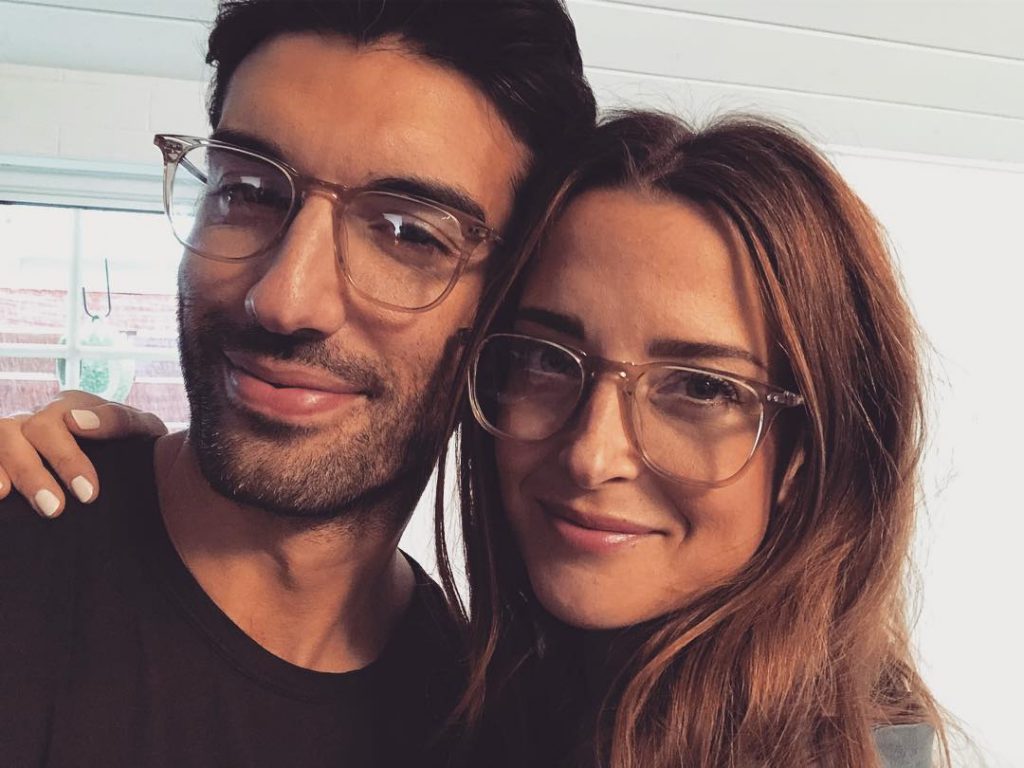 After the video was completed he reached the restaurant flanked by loved ones to propose the love of his life.

He asked a very tearful Emily, "Emily, will you marry me?"

To which she instantly replied, "What a stupid question! Yeah!"

This unique proposal left people speechless. Most of them were in total awe of the amount of love and respect that Justin expressed for Emily. But as we know, it is difficult to impress everyone out there. A reporter from an Australian newspaper inquired Emily, "Is this marriage proposal by Justin Baldoni the most cringe-worthy ever?" 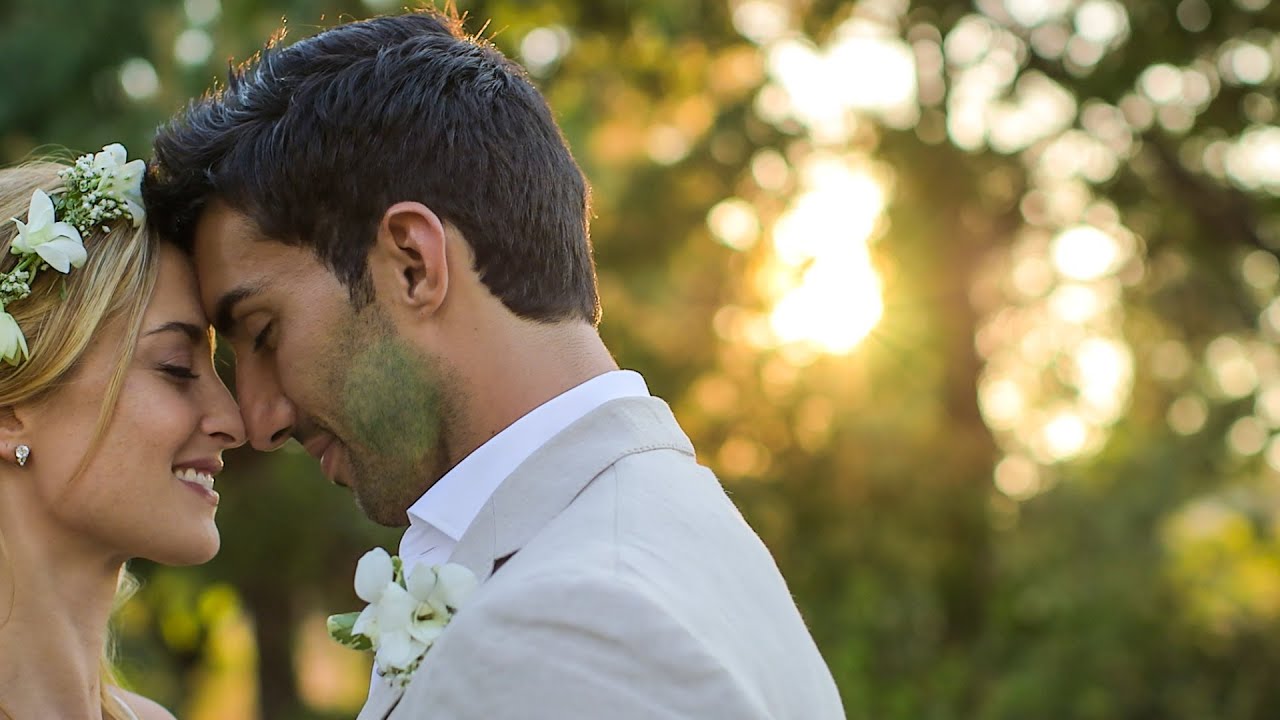 Quite calm and composed Emily explained that "I am sure not many people think it is not real, that some of it are fake, that it is made up, it is just done over-the-top. They just don't like that. So, they have to complain about it."

I have found this proposal extremely romantic. Wonder what is wrong with people, who just cannot see a couple living happily and peacefully. What matters is that Justin and Emily are married now and living the life of their dreams.

How do they raise their children? 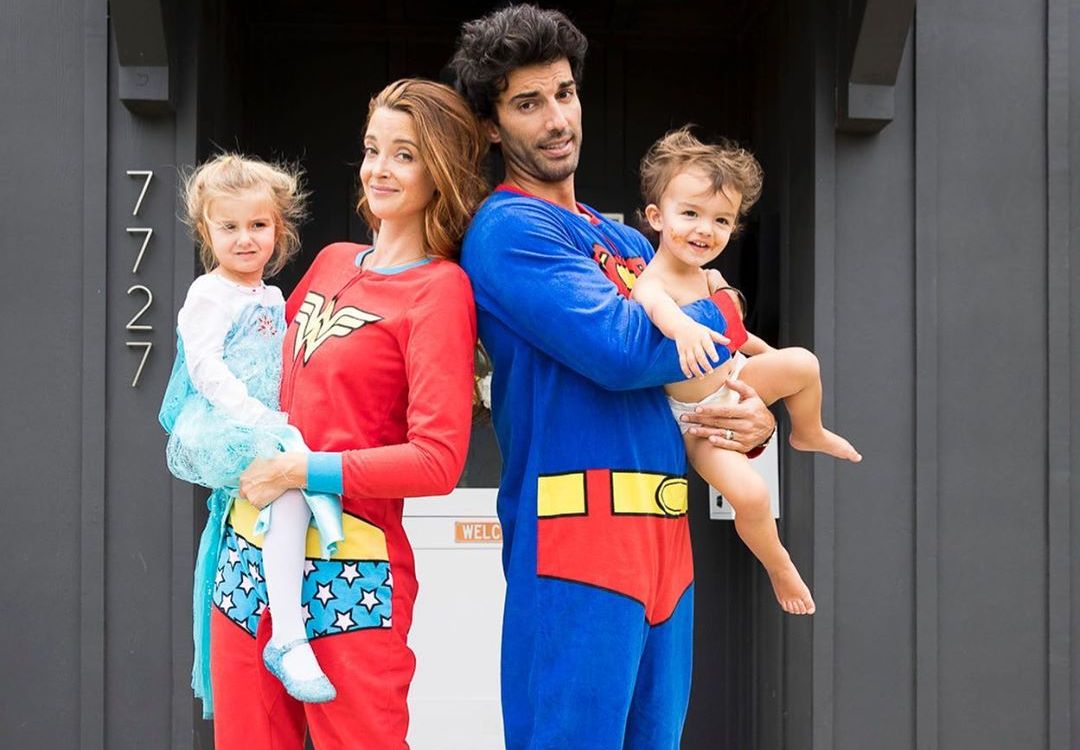 According to Justin Baldoni, "My favorite way to spend time with my family is without a phone or a computer between them and me. It’s not as often as I’d like, but I’m working on it. That work-life balance thing is real."

Isn’t it odd to listen to a dad discussing work and life balance? What I have found that Baldoni has this habit of inspecting different factors through which gender play has affected his personality, in one way or another, and is trying to challenge them.

Once Justin Baldoni said that "It wasn’t until I was in my 20s that I realized I was blindly following many of these unwritten rules most of my life — unwritten rules of masculinity as an example — and putting myself in a box that I was socialized into believing was of my own making," and further added. "My work has been to uncover the truth and figure out how I, like Justin, a human being, feel about the world around me, and how I can, from the most sincere place, operate in the world." 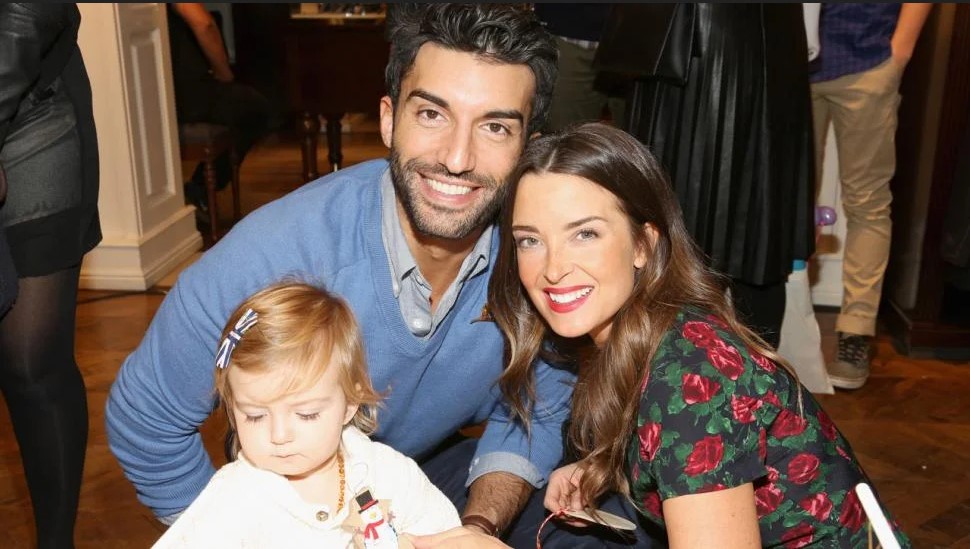 And this challenge starts right at the Feng Shui themed farmhouse of Emily and Justin in LA, where the couple lives with their young kids. Justin has a better grab of things after becoming a father of two kids as he said that, “When you become a parent, you realize just how ingrained it is. I love when my kids ask me 'Why?' because it gives me a chance to explain the core of an idea. Why? Why? Why? One is good, two is better, and if you ask three whys you will eventually get to the true soul of the real answer.”

Justin relates what happened once with his son 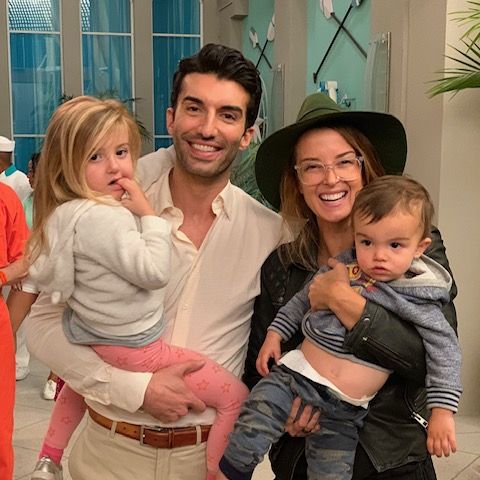 "With Maiya, for example, we ask, 'do you want to wear a dress today? Or do you want to wear jeans or overalls?' Now our daughter tends to go for the pinkest, prettiest dress she can find — and that's okay. And for Maxwell, the other day he wanted to put on one of Maiya’s dresses, and that’s also absolutely fine. I have no problem with my son wearing his sister’s dress and having fun and dancing around in it. My job as his dad is making sure he knows that those little things don’t make him any less of a boy than other boys. Granted, he also wears blue and likes cars and trucks most of the time, but he must know his parents love him no matter what he likes or wears.” 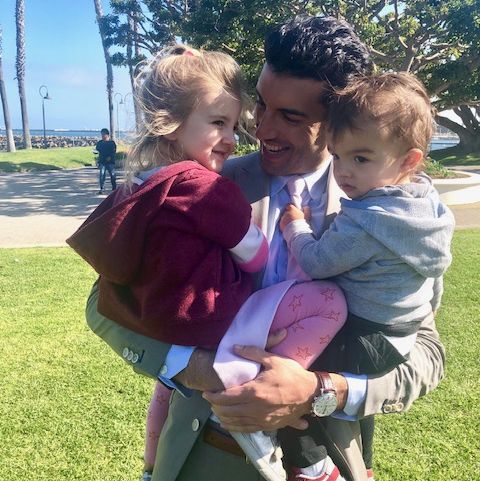 The ultimate goal of Emily and Justin is to raise their kids in a manner that they are aware of everything around them and have an understanding of the fact that being a girl or a boy, as per their gender, doesn’t define their personality.

"For us, it’s just being aware. It’s not perfect but we’re trying and that’s what matters. These are all just things you don't think about much — especially as a man — until you have kids and you start unpacking it in real-time." Justin said.

What are some of the brands they support and why? 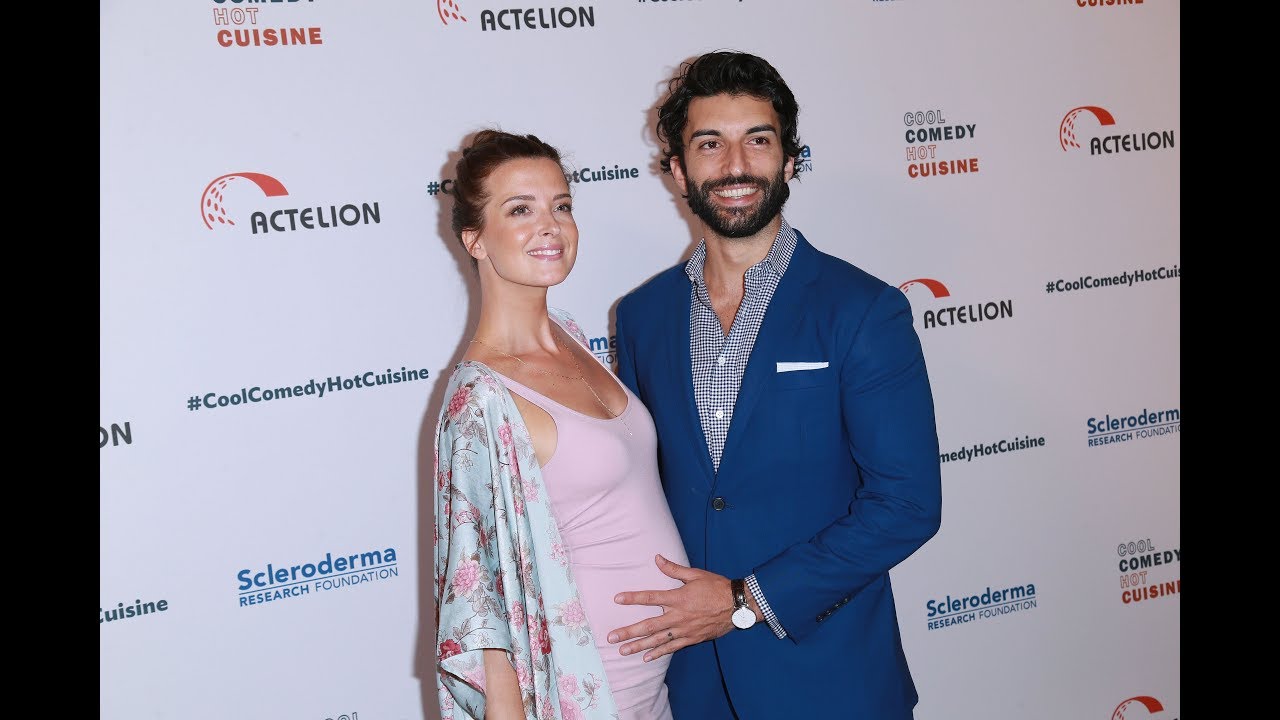 Emily and Justin support only those brands that are by their perspective.

Currently, the couple is a brand ambassador for Pipette – baby skincare line. And the reason is that,

"Pipette quite honestly has the safest baby products we have ever used. The ban over 2,000 potentially harmful ingredients, including synthetic fragrances. It seems like they've thought about everything, and the products are so much better, not just for kids' skin, but for the environment; their packaging is sustainable and the products are vegan. It was kind of a dream partnership for us, and when we were getting to know them, we even went up to see the lab and met the badass women scientists who invented the products. They were able to tell us what and how they make each product and why they chose the ingredients they did — which by the way we can pronounce. I’ve never seen anything like it. The bummer is that I wish they would have been around when Maiya was younger."

How are they doing during the quarantine?

When the pandemic hit and there was a lockdown and everyone was quarantining, at that time their house was turned into Justin’s office.

It was right there where he finalized the postproduction touches on his direction Clouds – a Disney movie. This movie is based on a true story about his close friend, who was diagnosed with deadly bone cancer that put an end to his short-lived, but amazing music career.

Right after the Clouds was released in October 2020; its maiden soundtrack ‘Clouds’ became the number 1 downloaded iTunes song. All returns are directed towards Osteosarcoma Fund managed by Justin Baldoni. 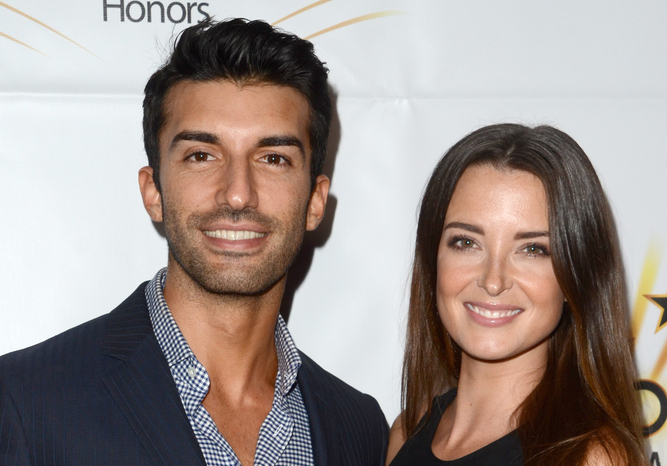 During this quarantine, the couple launched a massive campaign, managed from their home, to supply PPE and food to the homeless people of LA. Justin realizing the grim situation said that “Sheltering in place was a privilege. We understand how blessed we are. But I think it’s okay to have these little material things in life that bring you joy. It reminds me that I need to appreciate it.” 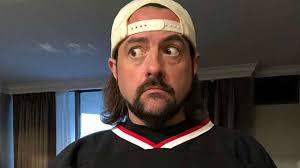 Today we bring you the soft-spoken filmmaker Kevin Smith, who is also an actor, podcaster and author. Find out more about his life, career and net worth. 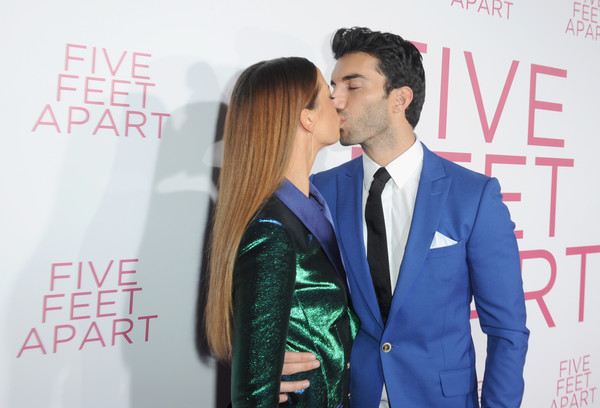 It has been such a pleasure researching this topic. I am truly inspired that how a little difference can affect the coming generation, just if we take the right decision. This couple is an inspiration for all the new parents, who want their kids to live free and love and accept each other without any conditions attached.

Their lifestyle, working routine and the method of raising kids are all perfect. Grab whatever good you can from others. Learn, grow, and build!