Keanu Reeves in a Nutshell 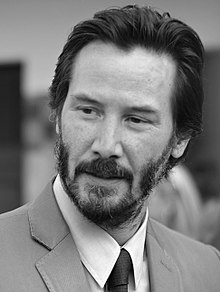 This charming 55 years old actor, is most well-known for his prominent roles in the John Wick Chronicles and the very popular The Matrix movies. Reeves has not had an easy life but he never let tragedy keep him from achieving greatness and establishing his worth in the Hollywood industry. Moreover, even with a net worth of about 350 million dollars, he is recognized for being one of the sweetest and most friendly celebs in the game today. His work with PETA and donations to leukemia research show how he uses his platform and wealth for good. In a nutshell, we’d say Reeves is a sweetheart. 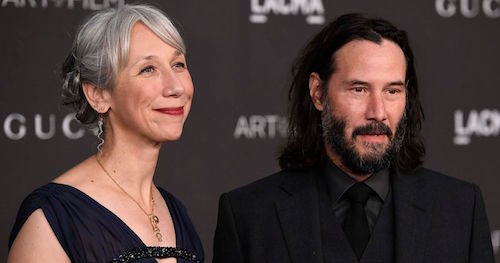 A known fact about the successful actor is that he has been very closemouthed to his love life. He wishes to maintain his privacy and not gain clout from the ups and downs of his personal life, unlike many other celebrities.

Keanu Reeves suffered a great loss when his pregnant wife, Jennifer Syme, gave birth to a stillborn child in 2000. They broke up a couple of weeks later and Syme passed away in a tragic car crash incident.

After dealing with this immense grief, many believed Reeves would never date again. Until in late 2019, when Reeves made his first public appearance with a new girlfriend, Alexandra Grant. The endearing couple held hands at the LACMA art and film gala and left fans immensely excited. They rocked the red carpet together and looked very much in love. Over the summer, they were also spotted holding hands at a Saint Laurent Fashion Show.

But the two had known each other for many years before they went public with their relationship. Reeves first crossed paths with the 47 years old visual artist in 2009 at a dinner party. They hit it off pretty well and collaborated on two books. An Ode to Happiness in 2011 and Shadows in 2016. The couple is still together in 2020 and has not revealed to the paparazzi exactly when and how their platonic friendship turned in to something more.

Nevertheless, fans wholeheartedly approve of the couple and their wholesome relationship. After all, Keanu has been through a lot we can agree he deserves every bit of happiness. 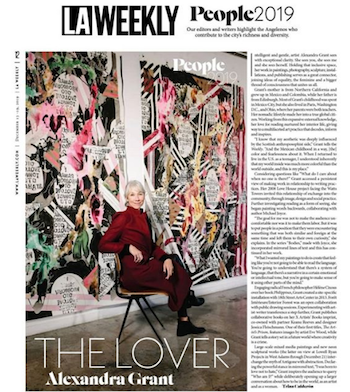 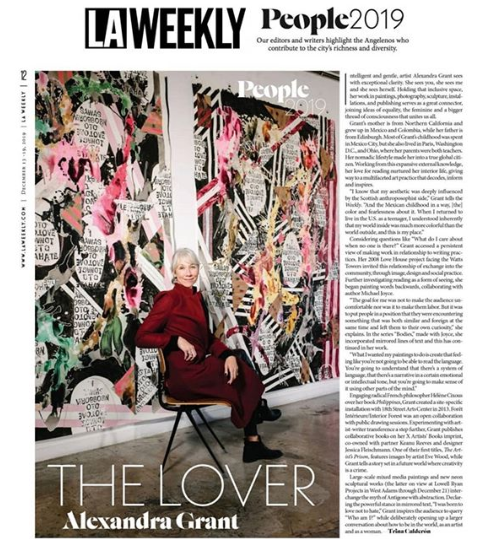 1. She is a talented visual artist

In an interview in 2012, while sharing moments in Southern California history that have influenced her as an artist, Alexandra introduces herself with the following words:

“Anything that has to do with words I make into pictures.”

And that is honestly the best way to describe it. Her specialty is her variety and flexibility in mediums of creation. She has taken part in film, books, drawing sculpting, and much more. Her work has been displayed at museums like MOCA (Museum of Contemporary Art). Along with this achievement, she has many awards to her name which include COLA 2015, Individual Artists Fellowship and California Community Foundation, Fellowship for Visual Artists, FVA fellow – Mid-Career Artist Grant.

2. She has a unique sense of style

Apart from all her achievements and successes, Alexandra Grant has a very cool and interesting fashion sense. We often see her wearing muted colors but something about them just really flows well with her aura. Whether it may be an outfit for a casual interview or a red carpet glam look, we love her choice in style. It may be described as very low-key in the fashion perspective, but she rocks each look. Her mild “boho” aesthetic is something we aspire to pull off.

3. She is the illustrator of Reeves’ Poetry

In 2011, Keanu Reeves published a book titled An Ode to Happiness in collaboration with Alexandra. It was his first published book in which there was his poetry accompanied by Alexandra Grant’s illustrations. Her drawing added another dimension to Keanu’s writing. We can all just agree that they work great as a team. 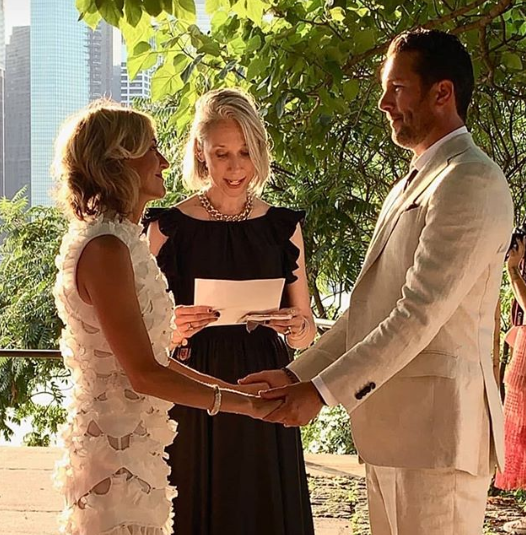 In her early years, Grant moved around a lot. She was born in Fairview Park, Ohio but her parents got a divorce and she had to move to Mexico City with her mother. Her early education took place in a British school where students of various nationalities were present. This was one of the things that exposed her to a large range of cultures and traditions which later showed up in her artistic life. After this, she shifted to Paris and continued her further education. Living in three different places, she was forced to adapt and learn three languages but for the better. This 47-year-old is fluent in Spanish, French, and of course English.

5. She is a co-founder of a publishing house

We have already mentioned the fact that Reeves and Grant collaborated on not one but two books that were published in 2011 and 2016 respectively. Here is where the interesting information comes in. Alexandra and Keanu’s professional partnership did not end at that. They worked so well together, and the two books were successful enough that they started their very own publishing house, called X Artists' Books. They founded the publishing house around three years ago, in 2017, and it is still not only up and running but thriving.

6. She has a very caring personality

Watching even just one video of this charismatic woman is enough to show you the kind of empathetic soul she is. Her speaking voice is soothing, and her aura is cool and collected. The talented artist does not show any signs of arrogance like many other artists who have an uptight nature. She has the type of energy that attracts you. You could listen to her for hours and still want more. Her personality is kind, open, and friendly. With a gentle smile on her face, she’s the type of person anyone would want to be around. 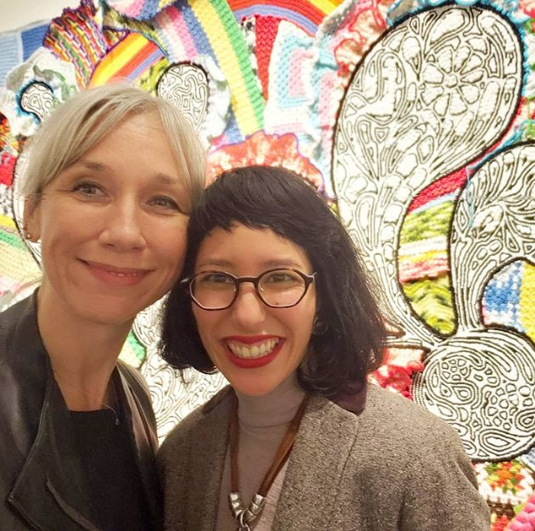 The visual artist has shown her support of other artists in various ways. Her humanitarian project is an example of this. But recently she also shared her love for the famous dreamy singer, Lana Del Rey on her Instagram feed. She posted the album artwork for Lana’s newest album, Norman f**king Rockwell, released in 2019. Her post included the caption “On repeat”. So, one thing we know for sure is that she has a quality taste in music apart from her general cool aesthetic. We love her soft-rock vibe.

8. She directed a documentary

With the many achievements under her name, Grant also directed and produced a documentary. It was titled Taking Lena Home and was of one-hour long duration. She traveled across the country to find the origin of a gravestone. It was found to be a stolen one and she tracked down the family it belonged to and returned it to them.

9. She is a humanitarian

Her talent and success as a visual artist have not made her blind to the issues at hand. She recently spoke up in favor of the Black Lives Matter movement on her Instagram feed and showed her support in no uncertain terms. In addition to this, she has been managing the grantLOVE project for over ten years, which is a fundraiser for artists and non-profits. Her signature love symbol is made into jewelry, clothing items, and prints, etc. which are sold on their website. The money is put into new, small, or under-recognized artists. 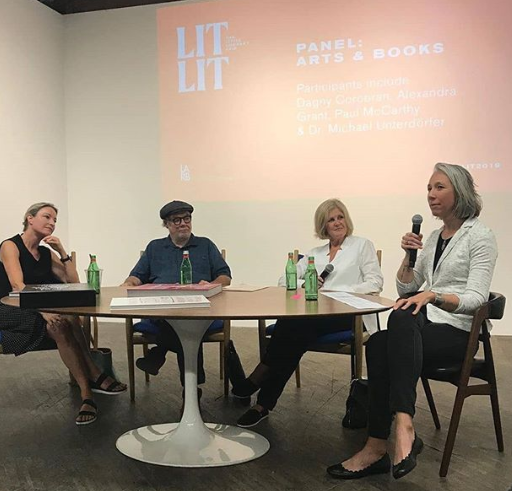 The American artist with a net worth of around one million dollars also owns her studio. The studio is based in the West Adams district of Los Angeles. The building does not look like much on the outside but is a huge space when you walk in. Alexandra’s bright-colored paintings are displayed with illuminating lighting, creating a fascinating environment.

In 2012, she told an interviewer, that when she was looking for a place to settle down after completing her education, she chose Los Angeles because it just made sense to her. She resides in LA and knows a lot about its history. Her studio is also based in this city because she loves it so much. The reason for her fondness of the movie star city is mainly its diversity. The wide range of people and individuals with different cultures attracted her and she still enjoys living here. 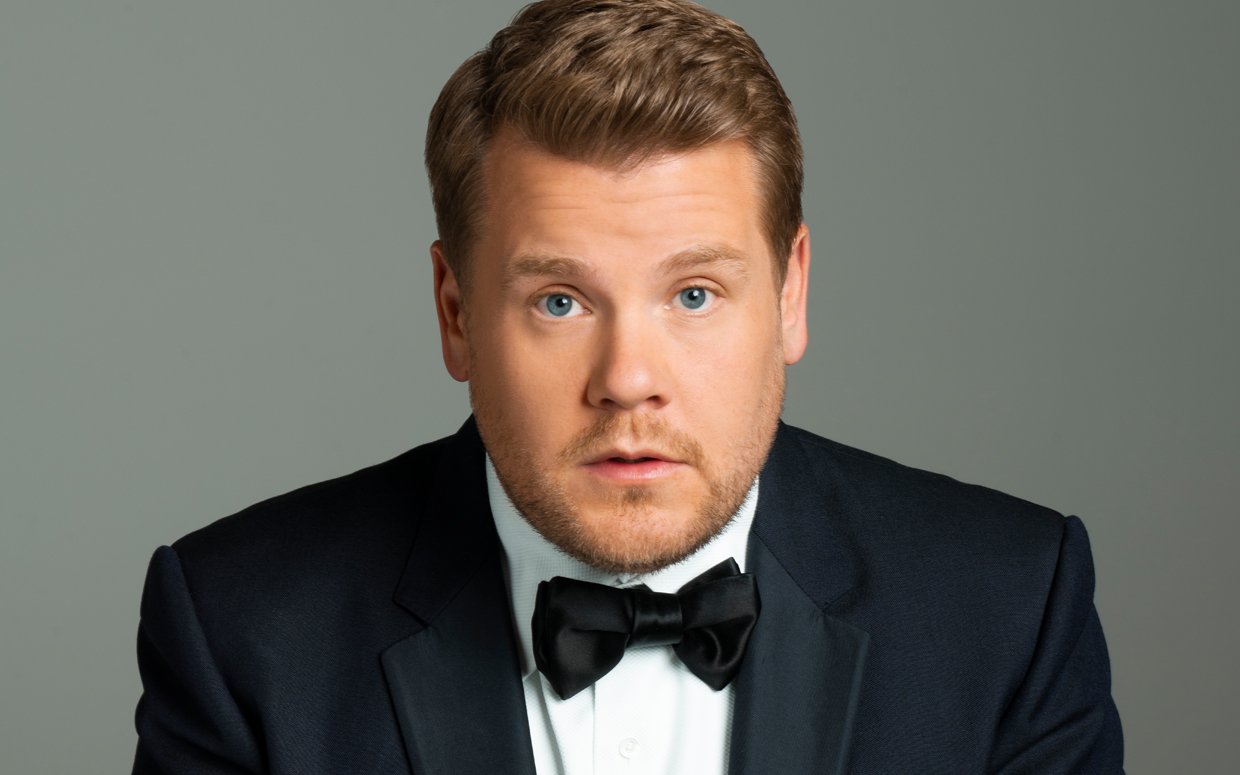 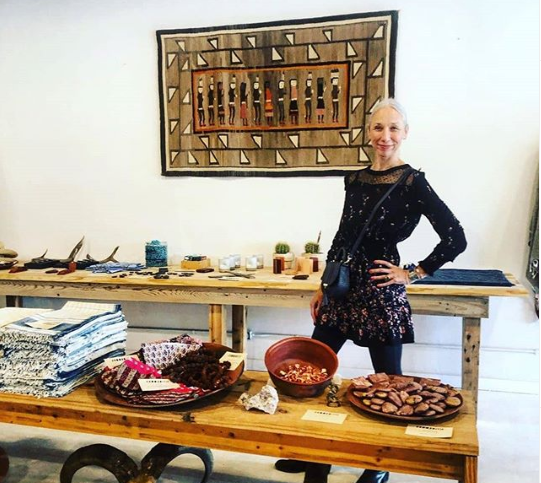 According to us and thousands of John Wick fans, Alexandra Grant and Keanu Reeves are a perfect match for each other. Their partnership and friendship gradually blossoming into a romantic context over years of professional and platonic encounters make for a wholesome love story. They are both of a philanthropic nature and their empathetic energies complement each other like nothing else.