Who Is Sykkuno and His Real Name

Sykkuno’s real name is Thomas! But the American YouTuber and Twitch streamer is better known as his online name, Sykkuno. He was born on the 4th of June in 1992, making him 28 years old. By nationality the YouTuber is American, but he is originally of Chinese and Vietnamese descent.

He mentioned that he has a sister and that his favorite foods are Chicken Joy and Burger Steak. He also has an adorable poodle named Bimbus, and Sykkuno frequently shares his pictures and videos on his social media platforms.

Don’t be fooled by his charming looks and video game addiction though, the YouTuber is super intelligent and has a Master’s degree in Statistics, with a Minor in Mathematics. 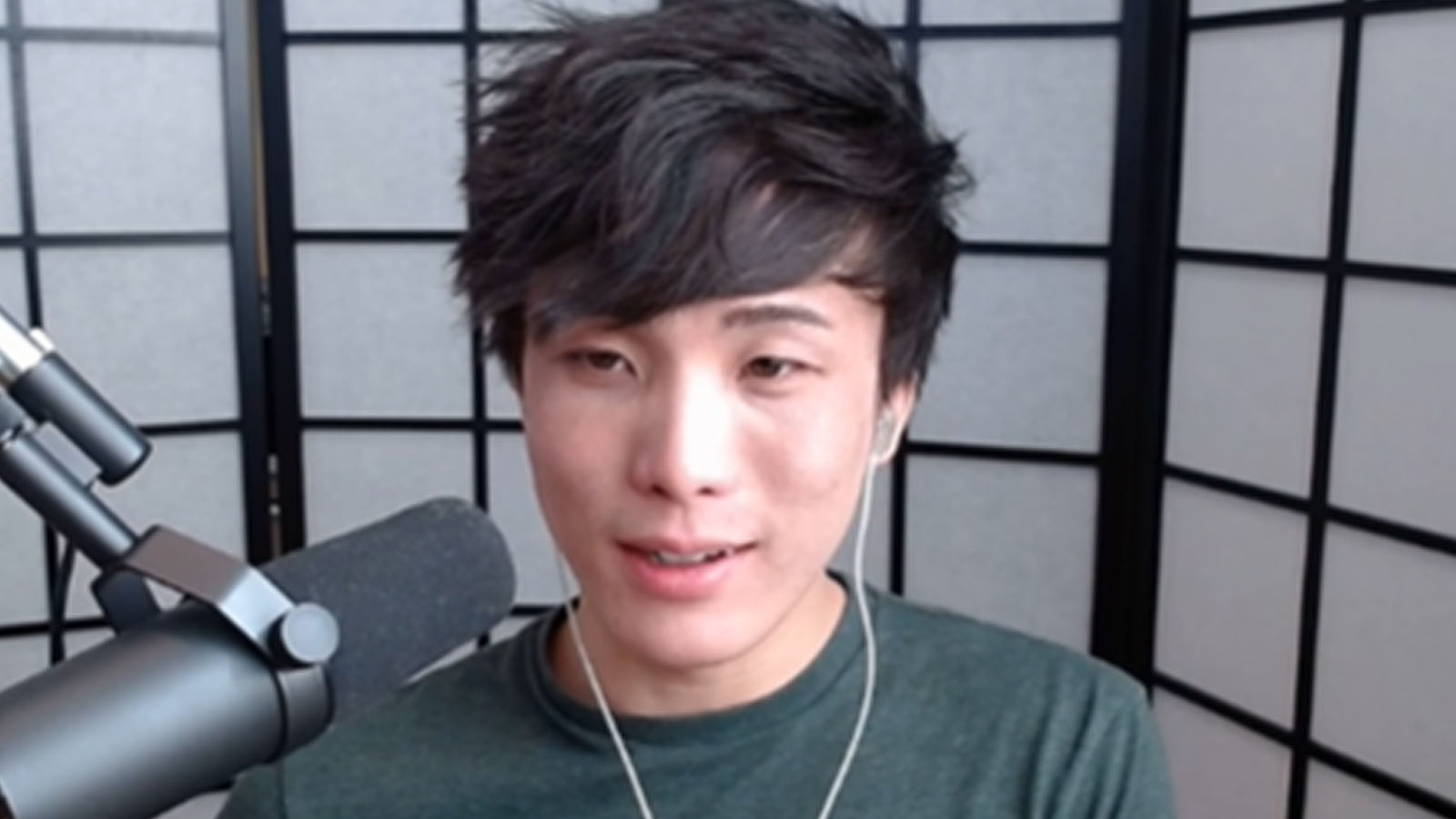 Sykkuno is popularly known for playing video games such as League of Legends, Minecraft, Valorant, and the sensational game which took the world by storm, Among Us. As a kid, he enjoyed playing car-based racing games such as Grand Theft Auto V and Gran Turismo.

How Did He Become Popular?

The star started his YouTube career by playing League of Legends back in 2012; he is now a full-time YouTuber, a Twitch Streamer and a Gamer.

Sykkuno gained a lot of momentum after he was featured on a show named Love or Host (the show was previously called Rajjchelor). On the show, the audience has 2 options to pick from (Love or Host); Love means that they have feelings for the person on the show and Host means that the women want to get some “clout”. When Sykkuno joined in as a contestant, all the women chose “Love” for him; making him the first-ever person on the show to get all the loves. 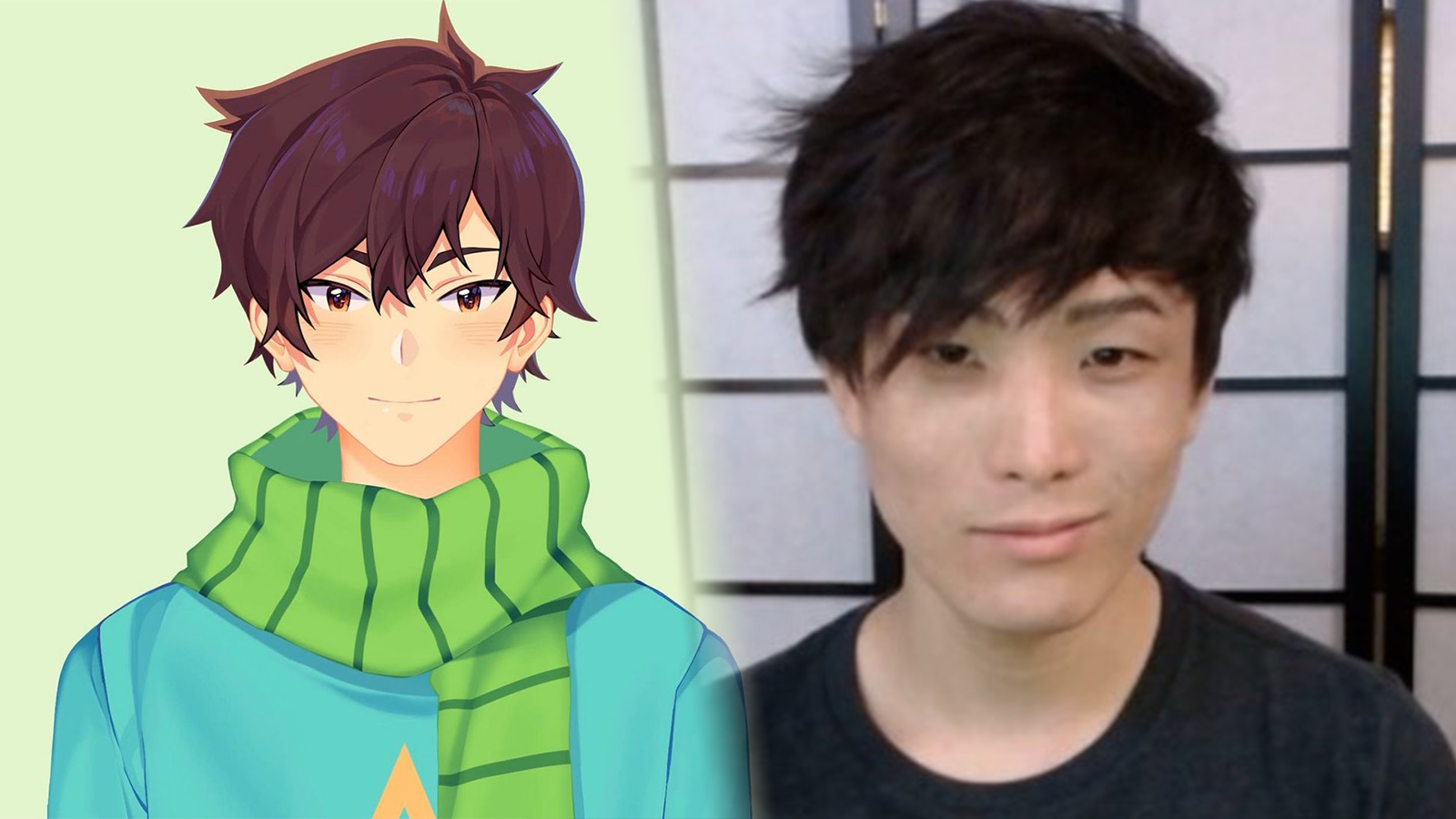 Sykkuno was not that active on his YouTube channel from 2015 till 2018 but received a lot of recognition after he started streaming on Twitch in 2019 after well-known streamer LilyPucho recommended him to do so.

The animated videos that Sykkuno posted also featured other stars like his long-term friend LilyPichu and Scarra from OfficialTV and that was when people started recognizing him based on his anime protagonist voice alone. The content creator, after setting up his Twitch account, received around 16.5 followers on the platform, and about a year later, the followers rose from 16.5k to 250k! The gamer is close to reaching 2 million followers.

One of the main reasons for Sykkuno’s success is his recent Among Us videos with other famous content creators like Pewdiepie, Corpse Husband, Hannah, Valkyrae, Jack Spedicey, Disguised Toast, Tubbo, Ludwig Ahgren, Dream, and Pokimane.

What Else Is He Famous For? 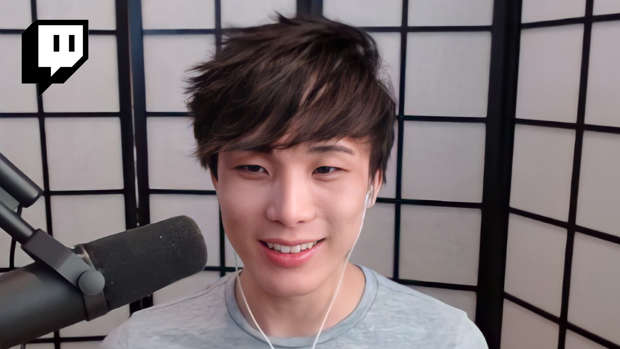 Sykkuno is also famous for being associated with OfflineTV – He is not an official OfflineTV member; but he was a housemate once back in August 2020, the reason being that Sykkuno wanted to know what it felt like living with roommates, and since OfficeTV house had an open room, they gave it to him. The YouTuber has since moved out of the house.

The YouTuber and streamer is also famous for being friends with the famous OfficeTV crew (LilyPichu, Scarra, Pokimane, Michael Reeves, and Disguised Toast)  and other streamers and gamers like Pewdiepie, Mr. Beast, Corpse, and Jack Spedicey. 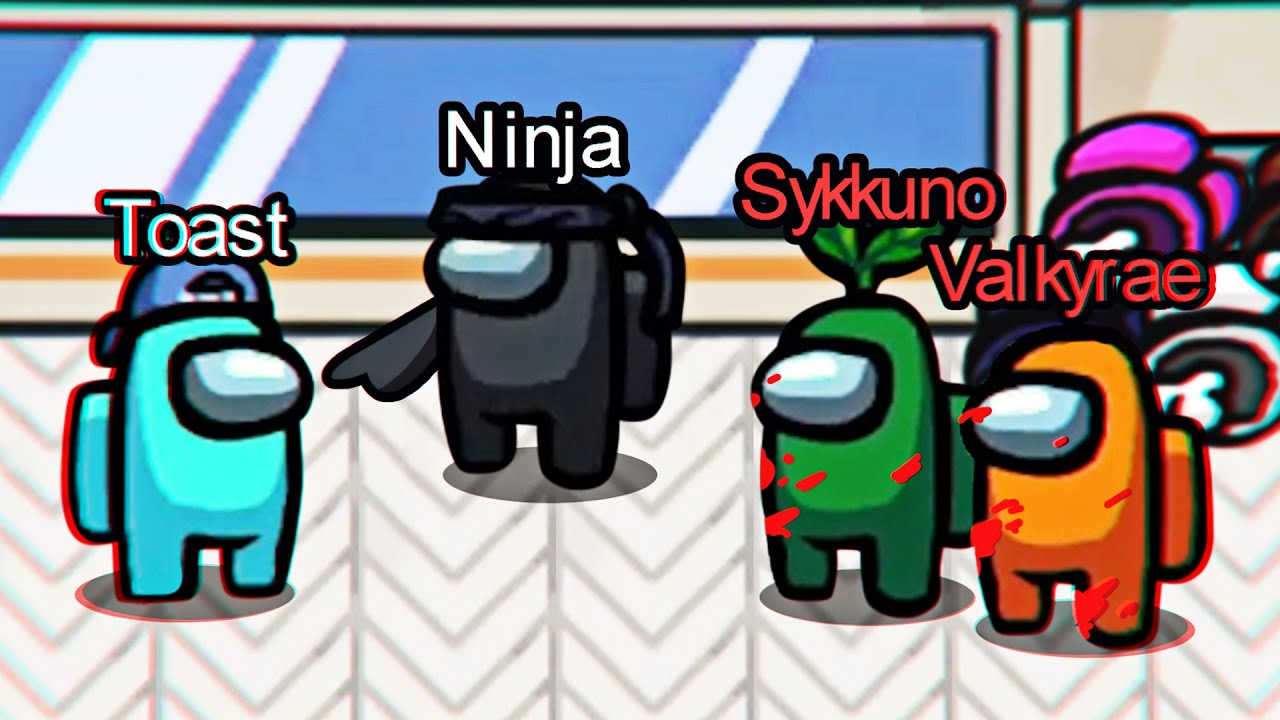 Sykkuno recently talked about some of his memories with OfflineTV star LilyPichu, who he has known since 2014. He talked about how he met the American-Korean YouTuber and Twitch streamer for the first time back in 2014, and being a gentleman, brought her a flower bouquet and thought that she was hard to impress.

The fans also adore him for his anime protagonist persona, his catboy aesthetic, his soft-spoken and polite demeanor, and the fact that he hides his face every time he laughs - which he later confessed is due to being teased as a kid about his teeth; the YouTuber said that he started covering his face while laughing because he was insecure and even though, no one teases him anymore, and he is a lot more confident now, the habit has still stuck with him.

His success can also be explained with what people call “The Sykkuno Effect”. A Reddit user explained it in a post by saying that he did not like the streamer’s “cringe” content when he first started watching him; however, now he gets happy whenever Sykkuno accomplishes something; and he said that there is a reason for that! 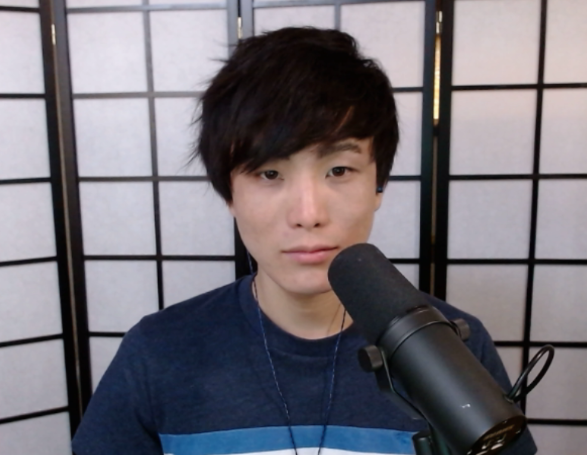 He explained that people judge others based on their own persona, e.g., when we meet someone for the first time, we judge them; we instantly like them if we see ourselves in them, it gives us comfort in a way, and that is why you often see toxic people with other toxic people – because they can relate to them.

Thus, when people first came across Sykkuno, they didn’t like him because they were like “He can’t be real, how can anyone be possibly this nice?” which actually meant that “Hey, I’m not as nice as this guy so he has to be fake!” but that mentality soon changes as we go from the negative thinking to “Wow! He is actually that nice, and I want to be as nice as him”; which explains the transition from negativity to positivity and the need for better role models in our society. 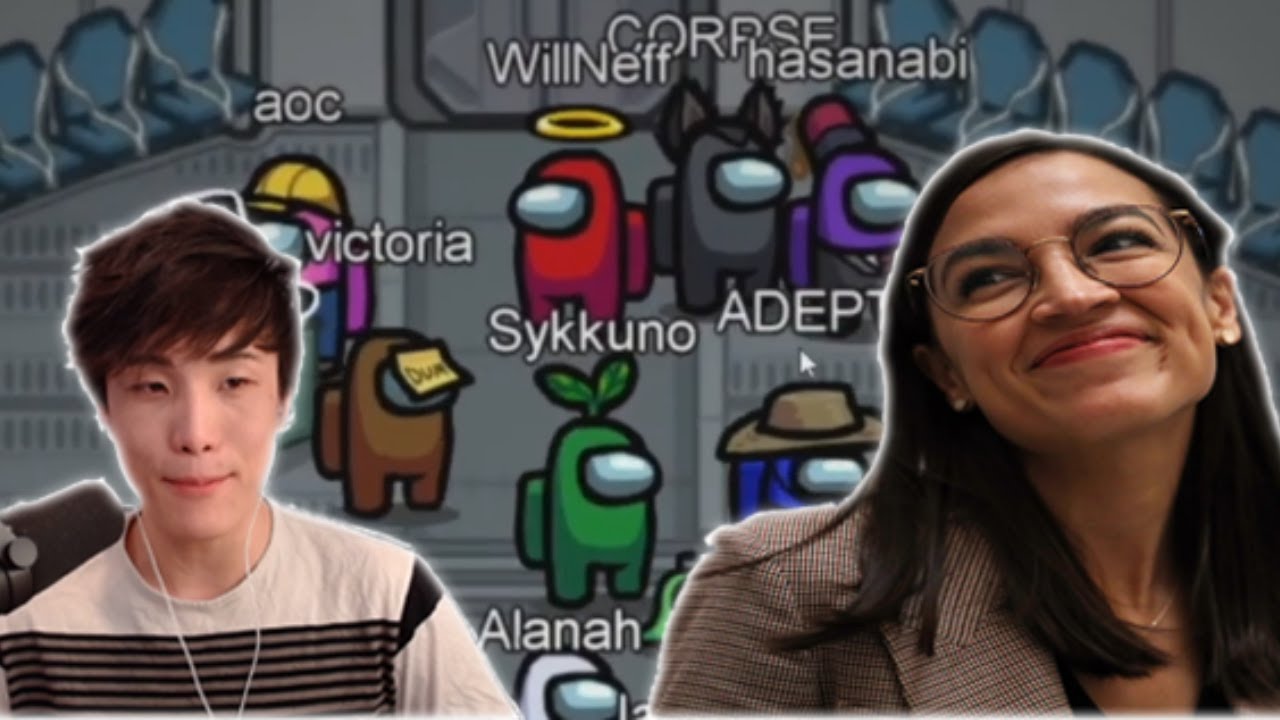 2020 was a big year for Sykkuno! Even though the star has been filming gaming videos since 2012, he started showing his face in his videos for the first time in 2020 – before that, Sykkuno barely ever showed his face in his videos! As much of a wholesome and positive person Sykkuno is, it is no secret that he is an introvert and overly critical of himself. The YouTuber tried his best overcome his confidence issues and social anxiety; and due to his hard work, he has reached 1.98 million subscribers on the Video streaming platform, YouTube, and 1.9 million followers on Twitch, making him one of the fastest-growing Twitch streamers ever.

The star is currently making gaming videos and streaming on Twitch while playing games like Among Us and Valorant. His Among Us streams with popular content creators gained so much popularity in 2020 that even Congresswoman Alexandria Ocasio-Cortez played the game with the streamers to spread awareness regarding voting. 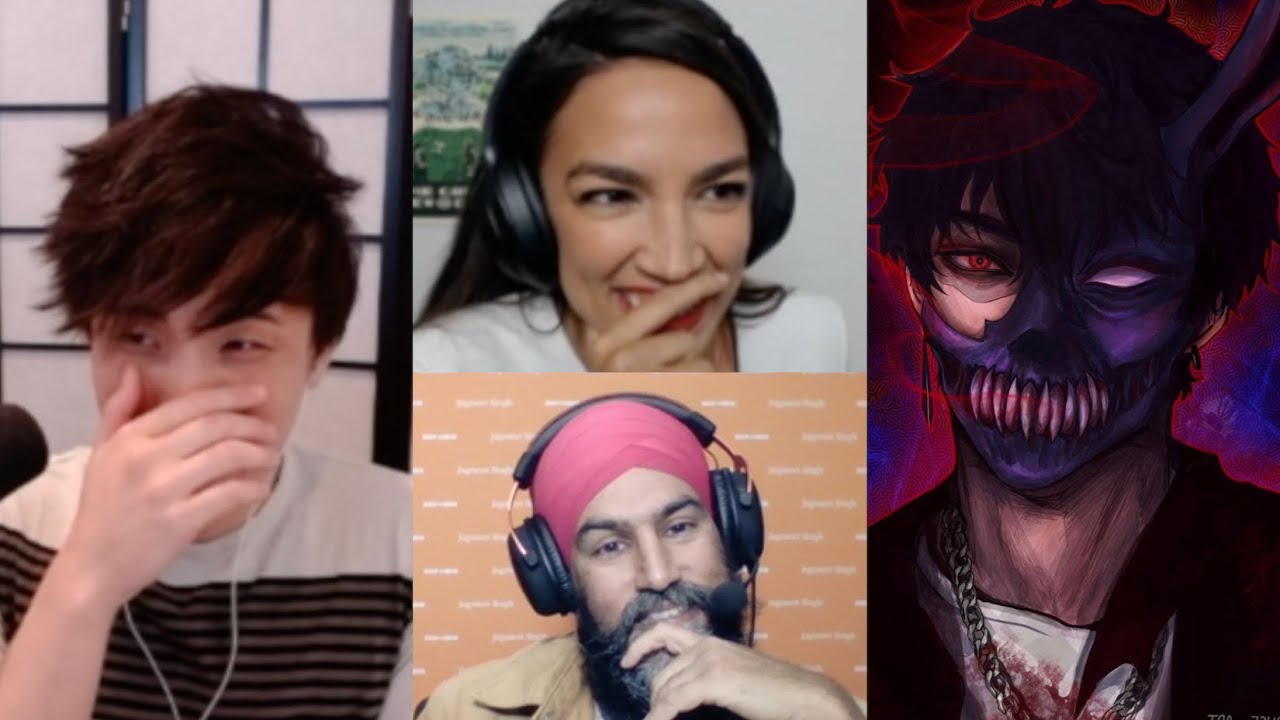 Following his success, the star is also trying to be active and connecting with his fans on social media website Twitter; however, his account is not verified yet. His dedicated fans trended the hashtag “VerifySykkuno” on Twitter, adding that the well-known content creator deserves the blue tick sign next to his name.

His friend Valkyrae also came to support the creator and friends and tweeted “Verify @Sykkuno” along with an angry emoji, describing her frustration. Sykkuno retweeted his friend’s tweet in support of him. 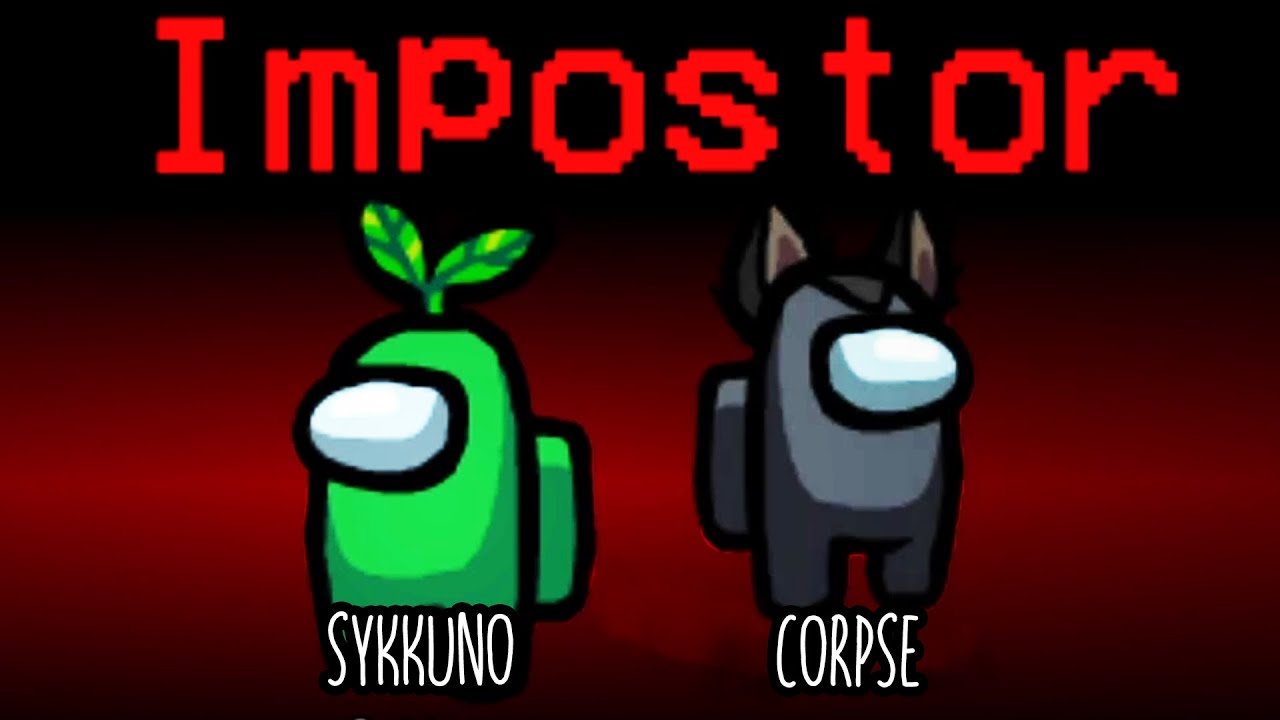 A few clips of Corpse and Sykkuno’s wholesome friendship surfaced on YouTube, which sparked rumors that the streamers might be more than friends; the fans even made a “ship” name for the friends – Corpsekunno! However, the anonymous streamer Corpse confirmed that he is straight and he and Corpse share a platonic bromance; he also added that he is always quick to comment whenever he finds another man attractive, though.

Rumors also said that the streamer might be seeing another famous content creator Valkyrae as she appeared in a lot of his videos on YouTube. However, Sykkuno confirmed that he is single not seeing anyone as he said:

“I have already revealed my girlfriend. She is right here! Yup, as you can see there is nothing there because I don’t have one.”

He added that girls don’t see him like that, we disagree though! 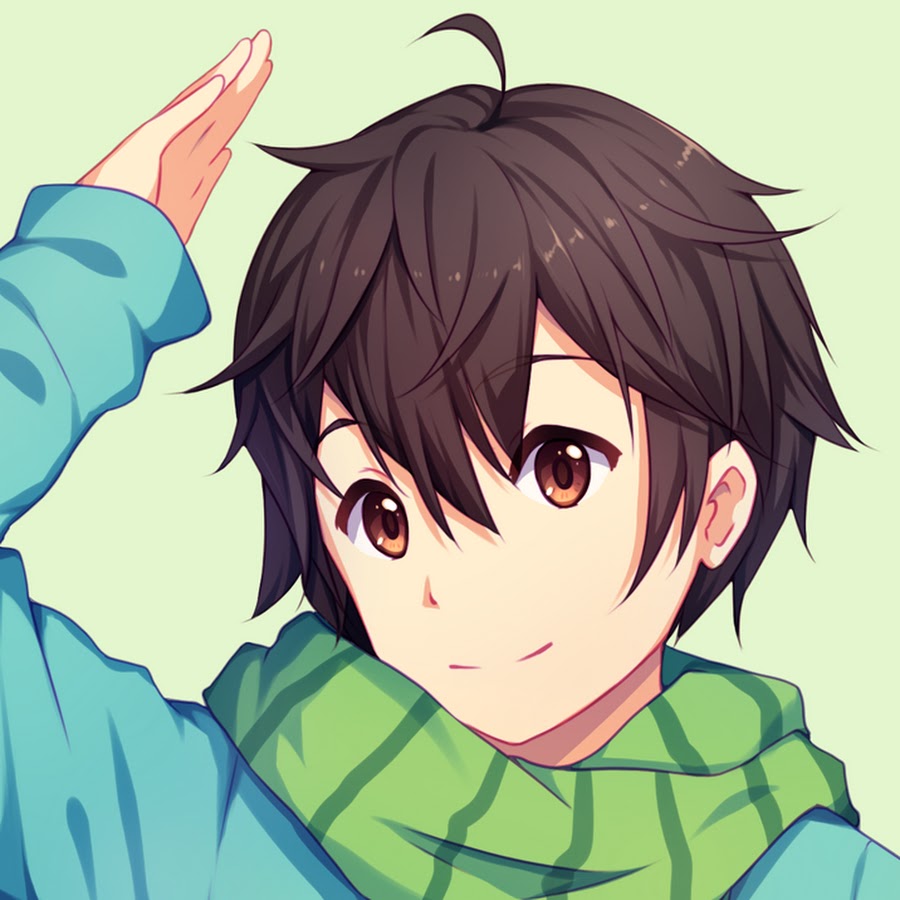 However, even with all the success and popularity, the creator remains loyal to his friends as we can see with his friendship to LilyPichu and humble to his fans for which the fans couldn’t be more thankful.

Related Article: LilyPichu: Knowing More About A Woman Of Many Talents

Wanna be a content creator? Here are tips from LilyPichu.

Sykkuno’s real name is Thomas, and he is American but of Chinese and Vietnamese descent. He also has a Master’s degree in Statistics, with a Minor in Mathematics. Sykkuno is popularly known for playing video games on YouTube and Twitch; he currently has 1.97 million subscribers on YouTube and 1.9 million followers on Twitch. One of the main reasons for his success is due to his Among Us videos with Pewdiepie, Corpse, Valkyrae, Spidecy, Toast, Dream, and Pokimane.