Who is Ann Wilson? 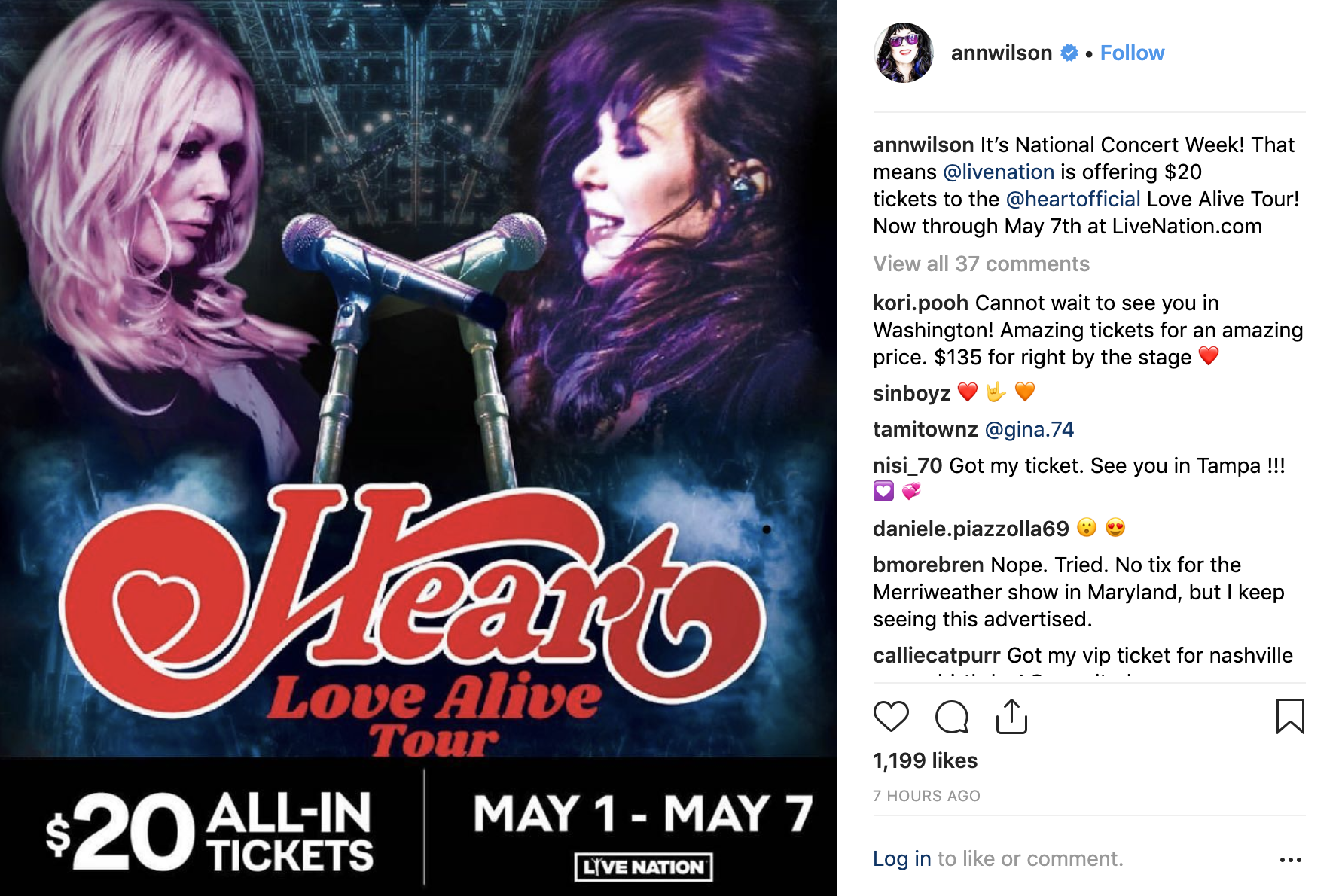 Ann Dustin Wilson has been gifted with a magical voice. The lady has put her talent to good use as the lead singer and songwriter of the American rock band, Heart. Born in 1950, the American musician is currently listed as one of the "Top Heavy Metal Vocalists of All Time" by Hit Parader magazine in 2006. 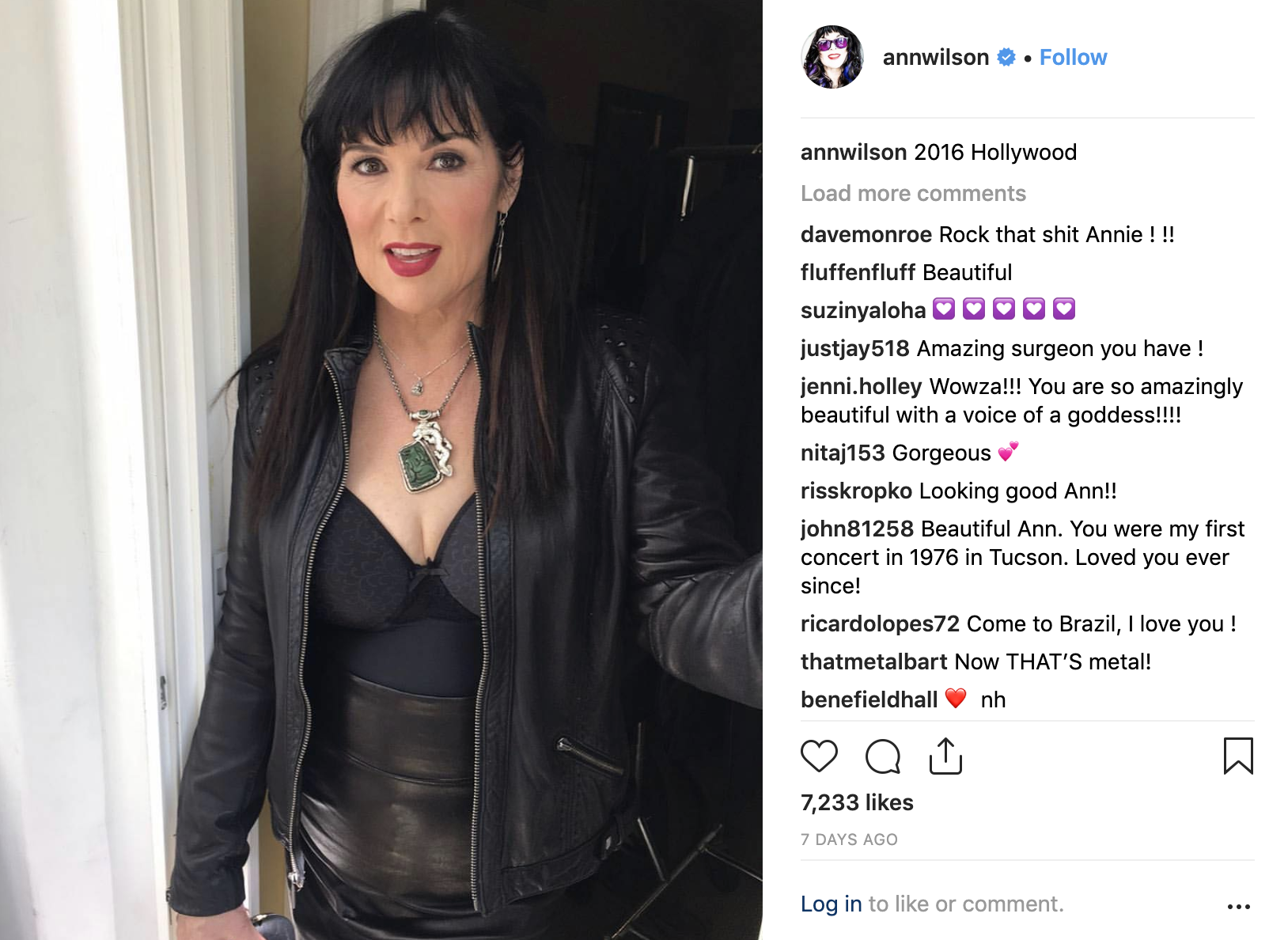 Wilson has a dramatic soprano voice that adds a unique effect to her songs and makes her so likeable. Wilson got into a relationship with Michael Fisher who was the manager of the band Heart. Her sister, Nancy too was involved with the lead guitarist of the band, Roger Fisher. These relationships lasted until 1979 for 9 years when Michael fell in love with someone and Ann parted ways with him. Wilson has two adopted children, daughter Marie in 1991 and son Dustin in 1998. 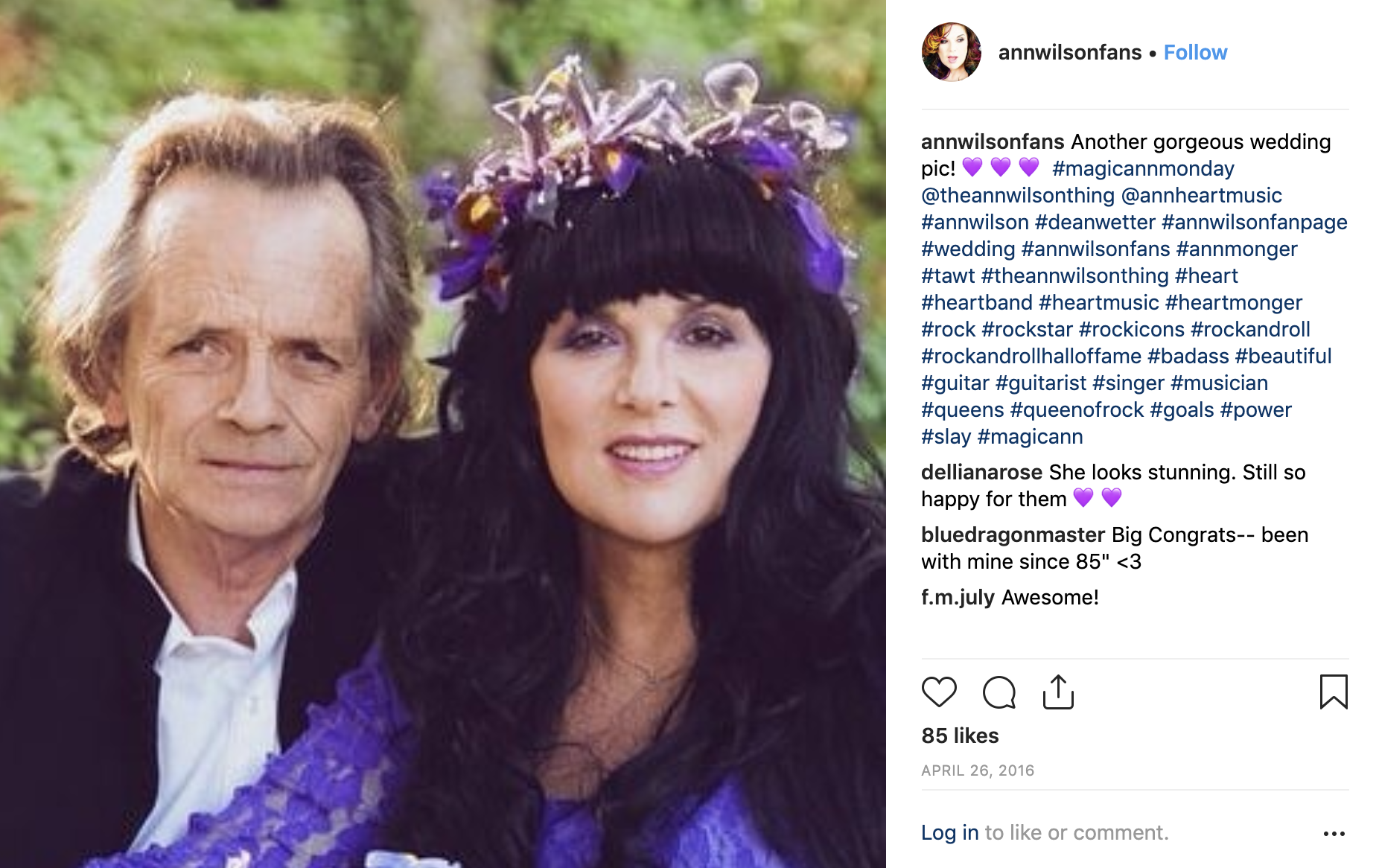 Wilson was always overweight as a child and was even bullied a lot because of her weight. When she peaked to stardom, she used to take diet pills and starve herself to maintain her body. Wilson, after a break, made a comeback in the 80's and by that time had put on a lot of weight. The band put in a lot of pressure on her to reduce her weight due to which she underwent an 'Adjustable gastric band' surgery.

In 2009, she faced severe liver problems due to excessive drinking. She had also been a victim of too much drug abuse which she stopped herself since 2009 and has been sober ever since. Ann Wilson married Dean Wetter in April 2015. They had first met in the 80's and had dated briefly too at that time. Their relationship was rekindled years later in 2015, when they finally married.

Get to know her husband Dean Wetter

Dean Wetter, her husband, previously made headlines in a not so pleasant case. He was issued a suspended sentence on Friday for an incident which occurred in 2016, where he allegedly choked his wife’s twin nephews. The shocking incident took place when Wilson was performing in a concert in Auburn, Washington. These twin boys are none other than her sister Nancy's sons with her ex-husband, Cameron Crowe. These boys had taken Wetter's permission to take a look at their aunt's tour bus.

Wetter told them to close the door behind them so that the dogs inside would not escape. The teenage boys along with their step-sister, forgot to close the door which angered Wetter. He got so angry that he slapped and punched one of the boys and even grabbed him by the throat. Wetter also choked the other twin brother who tried to rescue his brother. Consequently, Wetter was arrested on assault charges with a fine of $10,000. He had pleaded guilty on March 9th, this year to two counts of fourth-degree assault. 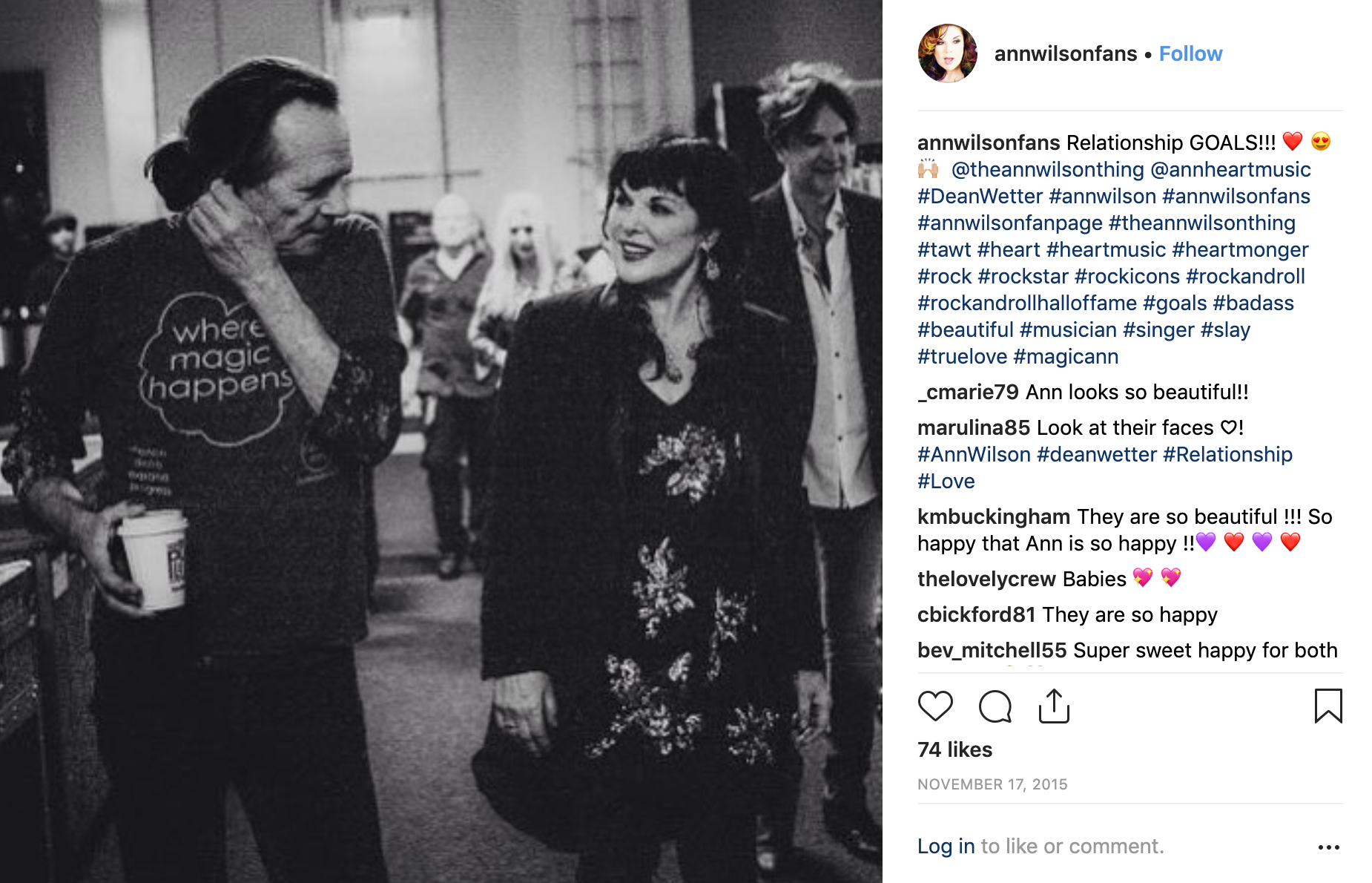 Dean Wetter was a multi-dimensional community worker when Wilson met him for the first time. On her wedding day in April of 2015, Wilson revealed that she and Wetter have known each other for a long time. They reconnected decades later which led to a rekindled romance and eventually a wedding. “Dean and I first met in the ’80s and went on a date where we both got smashed and I tried to seduce him. Like the gentleman he is, he declined. Years passed, we got back in touch after we had both grown up, and Pow! – It worked! Did it ever!”

In a recent interview with the Rolling Stone, Wilson praised her husband as being an intelligent and outspoken person with a free spirit. She mentioned that he could at times rub some people in the wrong way. Her sister, Nancy differed in her opinions and said that he may have some issues with young people. “We were really trying to get to know the guy and it takes time to know anyone. He’s one of those crackpots and he’ll kind of mouth off about kids. What I didn’t know is that he’s a guy that had some issues that really came between me and wanting to see him anytime soon.” 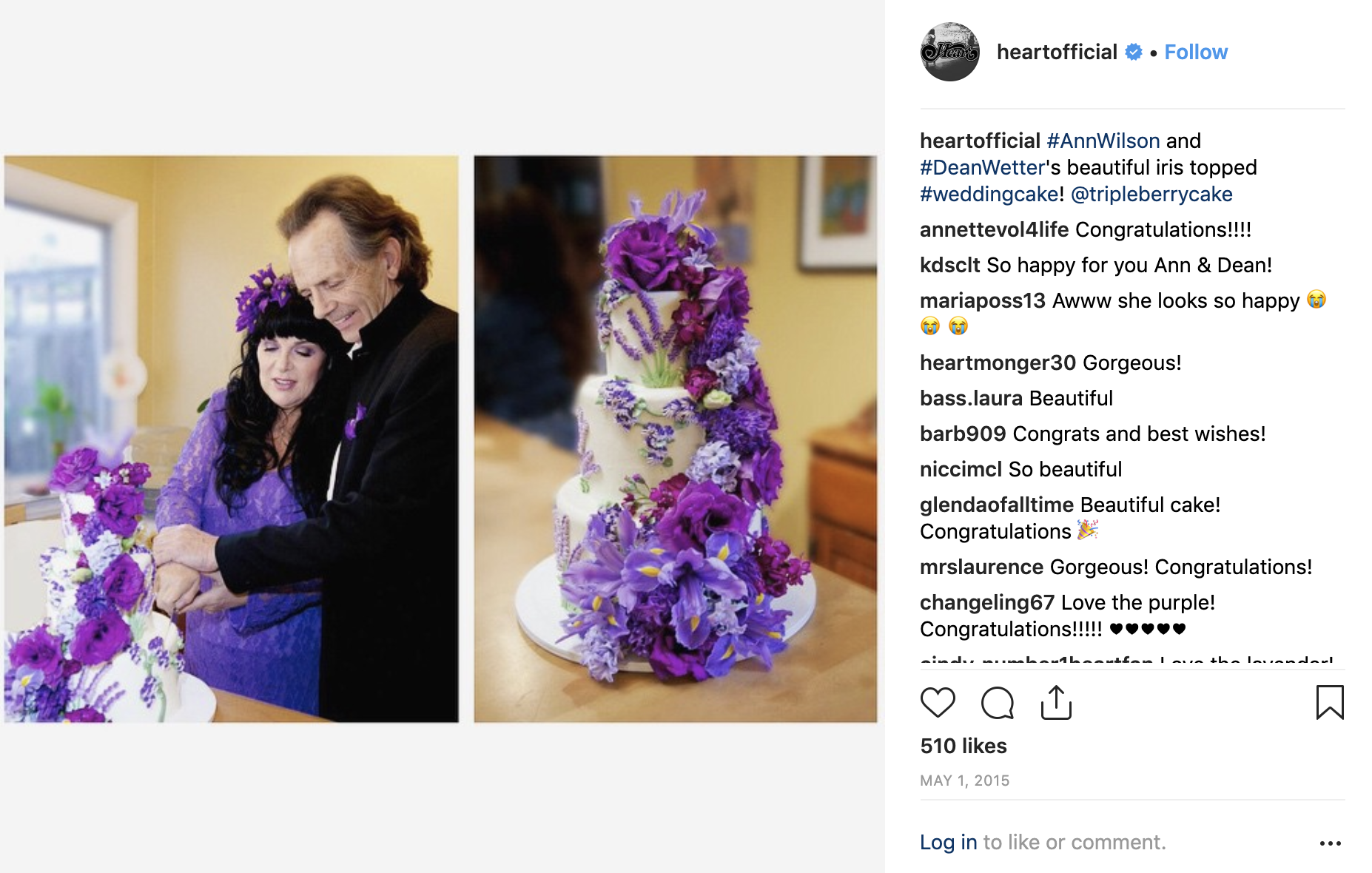 Surprisingly, Wetter has shown hardly any remorse for his actions in spite of pleading guilty. Nancy even mentioned that her sister Ann approached her with an apology but Wetter never made an attempt to apologize. Ann Wilson also shockingly sided her husband in the tell-all interview with the Rolling Stones stating that Wetter was provoked by Nancy's sons and that she considers her husband as someone with high morals. The issue has created an unpleasant distance between the sisters who now demands separate dressing rooms and only communicate via messaging.

Ann Wilson also recently revealed that both of them are now having creative differences with the band too. Dean Wetter got a suspended sentence of 364 days after assaulting Ann Wilson’s nephews, which meant that he is not required to spend any further time in prison. Wetter is now on a plea agreement of 2 years of probation and will be required to attend counseling sessions. He also has to avoid contact with his nephews at all cost.

Now, after 3 years of being estranged, the Heart sisters are finally putting aside their differences and getting together for a good cause: the third annual Love Rocks NYC concert on March 7, and they will further their relationship by going launching  the “Love Alive” tour with Sheryl Crow, Brandi Carlile, Elle King, and Joan Jett & the Blackhearts.

Ann Wilson has her official Instagram account @annwilson where she uploads photos of her performances and other random photos. 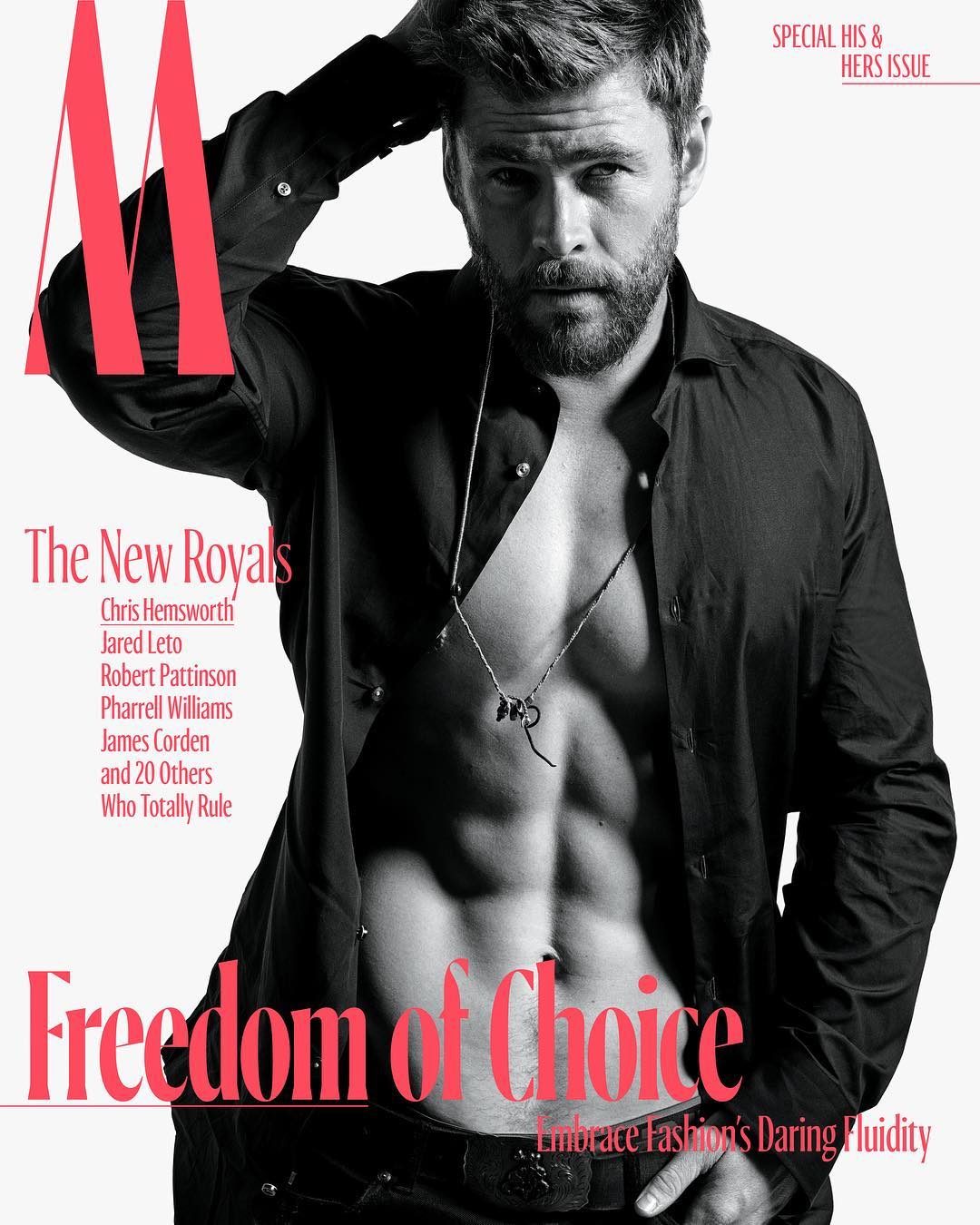 Chris Hemsworth is one of the four Chris' in the Hollywood industry that plays comic book characters.