Sam Rockwell was born on November 5, 1968, to Pete Rockwell and Penny Hess, both actors who divorced when he was 5 years old. He was raised by his father in San Francisco and spent his summer vacations with his mother. His mother helped Sam make his debut as an actor, at the age of 10, playing Humphrey Bogart in an East Village improv comedy sketch that also starred his mother. He was raised in what The New York Times described in 1998 as a "footloose upbringing" which led to him attending the San Francisco School of the Arts with the likes of Margaret Cho and Aisha Tyler but dropped out before graduating. Rockwell later explained, "I just wanted to get stoned, flirt with girls, go to parties." None of this has stopped the extremely talented and versatile actor from creating an amazing career and life for himself. He is one of the great actors who is also very private with no Instagram, Twitter or Social Media presences to speak of. 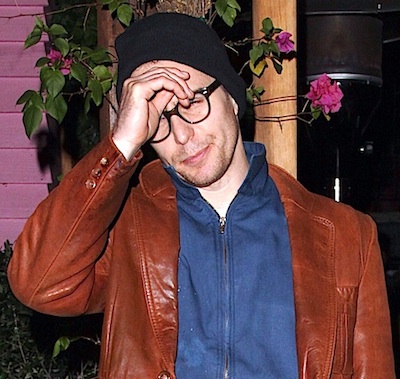 At the age of 49, Sam Rockwell has created an amazing Filmography. He has starred in popular movies like Iron Man 2, Charlie's Angels, Galaxy Quest, The Green Mile & The Hitchhiker's Guide To The Galaxy. He has been in some truly great independent movies and worked with some of the best writers and directors in the industry. It is safe to say that Sam Rockwell keeps good company and is considered to be one of the best American actors amongst his peers, considering Jon Favreau actually considered casting Sam as Iron Man himself, while the film company had reservations using Robert Downey, Jr. He has been nominated and won awards for films such as Lawn Dogs, Matchstick Men, Confessions Of A Dangerous Mind, Choke, Frost/Nixon and Seven Psychopaths, which was directed by Martin Mcdonagh who has Sam in his newest film, "3 Billboards Outside Ebbing, Missouri." The fact that filmmakers such as Jon Favreau, George Clooney, Martin Mcdonagh and Adam McKay seem to keep tapping into Rockwell's brilliance says enough in itself. Adam McKay has Sam slated to play George W. Bush in "Backseat," an upcoming biographical drama film written and directed by Adam McKay. The film also stars Christian Bale as 46th Vice President of the United States Dick Cheney. 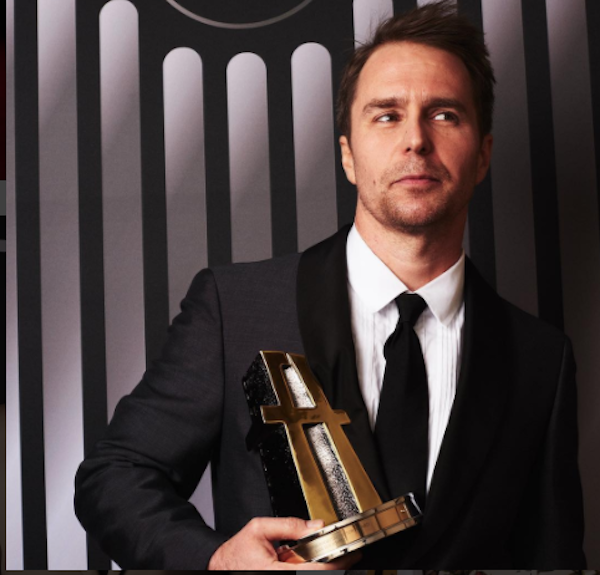 While Sam Rockwell is very private, he has been dating Leslie Bibb since 2007 when they met in Los Angeles on the set of Frost/Nixon. They also both starred in Iron Man 2 together. He has never been married and stated in a 2007 interview, "I definitely don't want to become a parent. It's not my bag. While known for his larger roles in major films like Charlie's Angels, Galaxy Quest and The Green Mile, I have always been fond of his small roles in films such as "Made," where he absolutely stole the couple of scenes that he was in, alongside Vince Vaughn and Favreau. As you can see, no one would be surprised for his high net worth. With a net worth of $10 million dollars, I would say that the actor has done very well for himself at the age of 49. Sam Rockwell only has one tattoo, making the most of the opportunity, he has a rooster inked in the noose on his arm. According to Rockwell, he got it so that he could tell girls “that he has a hung c—”. Sam Rockwell is an amazing actor and one of those guys that you know is super cool in real life. I am willing to bet that he has another 25 years of great work ahead of him and I wouldn't put it past him to accept at least one Oscar Award in the next decade or so. His tattoo alone speaks to his quirky sense of humor and like most brilliant people, he might be a little out of left field, but I do not remember anyone ever saying that is a bad thing. "3 Billboards Outside, Ebbing Missouri" should do very well at all of the Awards shows this year and with Martin Mcdonagh's first two films, "In Bruges" and "Seven Psychopaths," for which Sam Rockwell starred and was nominated for the best acting award, I think it is safe to sit that the newest film and collaboration between the two will be a massive success. It's hard to believe that the actor is 49, he looks very good for his age and for a life that he seems to have, shall we say.. enjoyed. I think of him in "The Sitter" and how great he is with comedy, but he is also a force to be reckoned with in drama as well. Although he isn't all over social media, which I prefer and admire, there is enough to determine that the life of Sam Rockwell is as solid as the Film Career he has made for himself. Not bad for a High School Dropout. Disclaimer** Stay In School Kids!

Sam Rockwell in Iron Man 2. Did You Know That He Was Almost Cast As Iron Man? 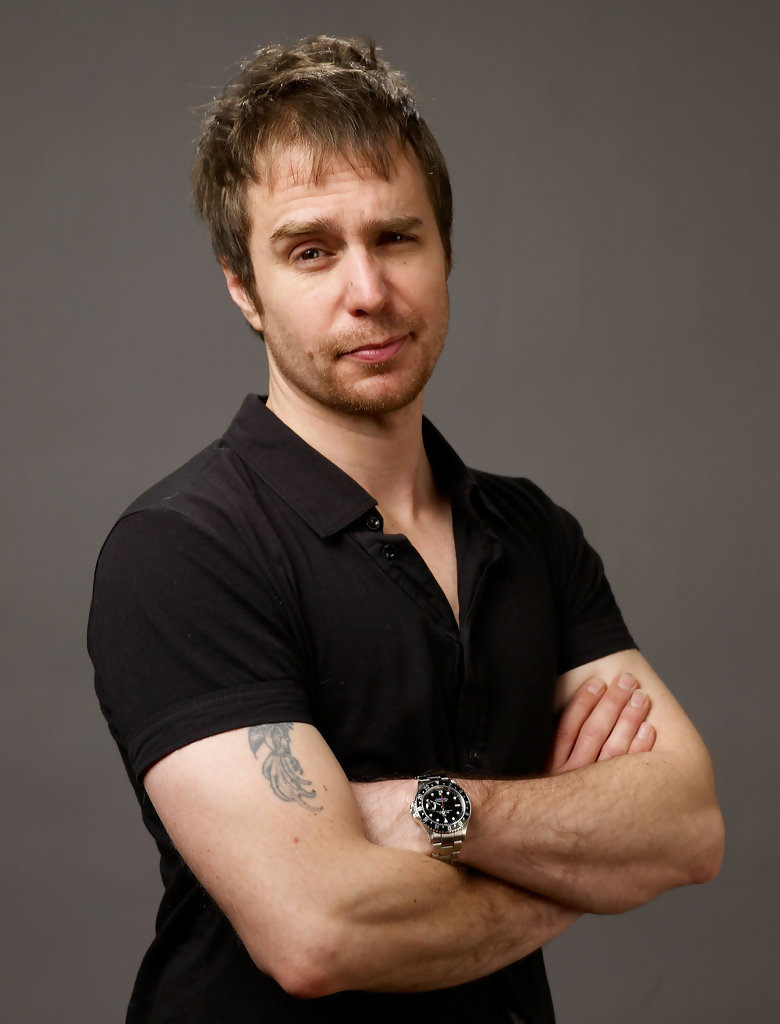 Sam Rockwell And His Rooster Tattoo