Jane Menelaus is an actress known for her roles in some great movies as well as those in a number of different television shows. While many aren't highly familiar with Menelaus, they are familiar with her husband, Geoffrey Rush, who has starred in The Pirates Of The Caribbean Franchise as well as “Finding Nemo” and “House on Haunted Hill.” In this article, we're going to take a look into the life and career of Rush's wife, Jane Menelaus.

She was born in Australia and survived breast cancer

The home and cancer struggles of Jane Menelaus 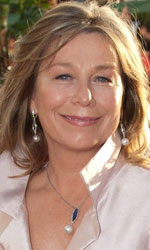 The actress Jane Menelaus was born in Australia in 1959 and currently resides in Melbourne with her husband, Geoffrey Rush and their two children. Menelaus and Rush have a daughter named Angelica, who was born in 1992 and a son named James, born in 1995. With a net worth of $850,000, Rush's wife has experienced a decent amount of success with her acting career both in the big pictures and on TV. While it's relatively minimal when compared with Rush's $40 million net worth, Geoffrey Rush and Jane Menelaus are a team and opt to not let their earning differences get in the way of their teamwork and children. Rush and his wife have shared the light in several films, allowing both to boost their careers and enjoy working together. Movies that both Rush and Menelaus star in include “Quills” and “The Eye of the Storm.” In 2003, Rush's wife was diagnosed with breast cancer and underwent surgery as a remedy to the illness. The cancer was found later into its development, requiring her to need urgent surgery. Rush was quick to get to his wife's side in order to support her through the process. 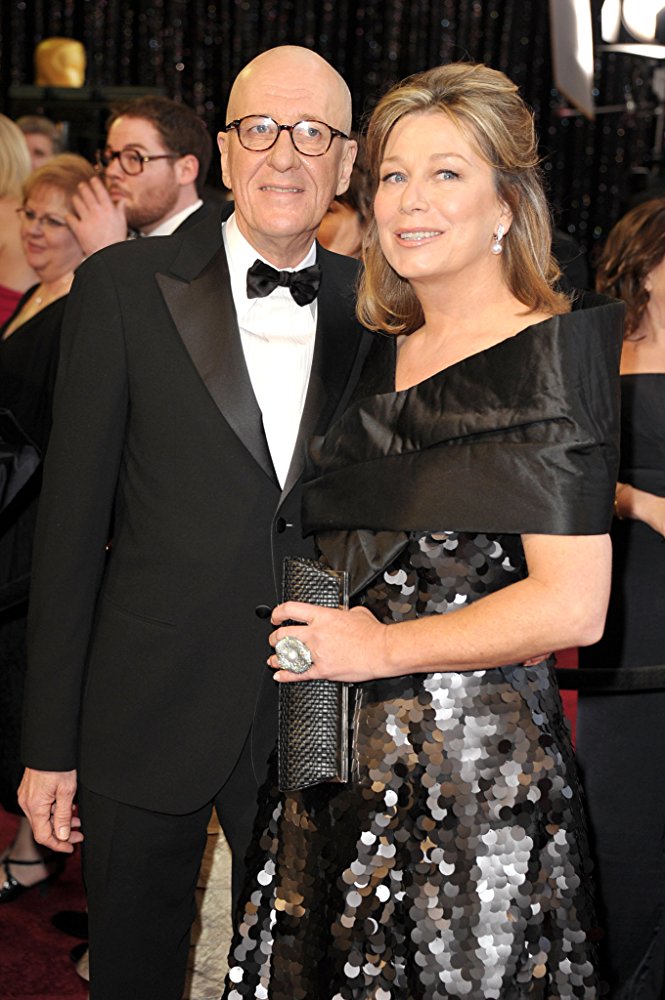 If the name Geoffrey Rush doesn't sound familiar, you may have an easier time recognizing Rush as Captain Barbossa from the “Pirates of The Caribbean” films. Rush also plays Nigel the pelican from the Disney Pixar hit “Finding Nemo.” Rush has won a number of awards for his work and has played quite a few roles that would be recognized widely. One of the popular horror films Rush has starred in was “House on Haunted Hill,” which was a remake of an earlier film. Rush plays Stephen Price, who is the quirky and suspicious creator of a frightening amusement park. Rush has also held roles in “Les Miserables" and “Mystery Men.” While Rush has been in a number of highly popular movies that keep his name in the limelight, his wife hasn't exactly been unsuccessful herself in the pictures. Rush and his wife have been married for around 29 years, making them a well established couple. A long marriage isn't a highly common sight in the dramas of modern Hollywood, so the bond that Rush and Menelaus share as husband and wife is a highly notable one.

She's been in several movies

From "The Light Between Oceans" to "Quills"

Saw THE LIGHT BETWEEN OCEANS a couple of weeks ago. Again I had to drive far away. It was worth it. This has to be one of the most heartbreaking stories I've seen for a while. I'm just glad it wasn't a true story. It's an emotional rollercoaster but with a relatively happy ending. And I was glad to see it was set in Australia. I want to read the book now. #thelightbetweenoceans #michaelfassbender #ilovemovies #justwatchit03 #rachelweisz #aliciavikander #florenceclery #bryanbrown #jackthompson #anthonyhayes #thomasunger #janemenelaus #garymcdonald #benedicthardie #marshallnapier #leonford #derekcianfrance #mlstedman

Most recently, Jane Menelaus made an appearance in the 2016 film “The Light Between Oceans.” This movie is about a couple who maintain a lighthouse on the Western Australian coast. The pair discovers a baby in a drifting rowing boat and seeks to raise the child as their own. Rush's wife plays Violet Graysmark. In 2014, Menelaus played a role in the movie “Healing” alongside such actors as Hugo Weaving and Xavier Samuel. This film tells a story about healing and hope found in one of the most unlikely places, inspired by a true story. Rush's wife plays Glenys. “The Eye of the Storm” is a film in which both Jane Menelaus and Geoffrey Rush held roles. This film came out in 2011 and told the story of Elizabeth Hunter, a woman who has long been in control of her life who must decide her most defiant act through choosing when she will die. Menelaus plays the character Maggie, while Rush holds the role of Basil Hunter. Another film that Menelaus shared with Rush came out in 2000. This film was titled “Quills” and brought to life the struggle of an inmate in a Napoleonic insane asylum who strives to fight back against a tyrant of a doctor. The role of The Marquis De Sade is played by Rush, while his wife takes on the role of Renee Pelagie.

"Being Brendo," "Kath and Kim," and more 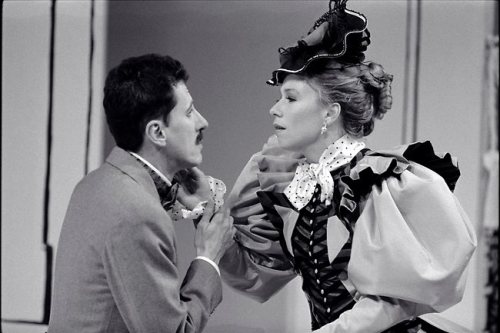 Jane Menelaus plays roles in several television shows, the most recent of which she and Rush both play in, which is titled “Being Brendo.” It began in 2012 and tells the story of being gay, including a variety of different outlets such as drag queens, BDSM and much more. Rush also plays Dr. Lance Pickerling. Rush's wife plays the character Pan Strickland. Jane Menelaus also plays a role in “Kath and Kim,” a television show that aired from 2002 to 2007. "Kath and Kim" portrays a mother and daughter pair making their way through their lives in suburban Australia. Rush's wife plays the proprietor of the bridal shop in two episodes which aired in 2002 and 2004. Jane Menelaus also held a role in the long-running show “Blue Heelers,” which tells the story of the daily lives of Victorian police offers as they work in a fictional small town called Mount Thomas. Rush's wife plays a character by the name of Helen Burns in a single episode in 1994 titled “Damaged Goods.” Another show Menelaus took part in was called “The Flying Doctors,” which aired from 1986 to 1992. This show portrayed the events and activities engaged in by the Royal Flying Doctors Service. Rush's wife played the character Mrs. Windsor in two episodes in 1986 and 1990.

Jane Menelaus and Geoffrey Rush make an excellent team both in their acting roles as well as in everyday life. They appear to have created the kind of family together that many dream of, and have spent a long time supporting one another as husband and wife. We hope to see much more of both Geoffrey Rush and his wife, Jane Menelaus, in upcoming movies and television shows.