Tammy Murphy, Phil Murphy’s wife was born on August 5, 1965 (age 52) in Virginia. Tammy Murphy is the daughter of Jean M. Snyder and Edward B. Snyder, who are age 87 and 89 years respectively. Mrs. Murphy holds an arts degree in Communication and English from the University of Virginia (UVA) where she graduated in 1987. Tammy Murphy speaks German and Italian. During her years at the University, she served as the Vice-Chairman of the Honor committee as well as the Vice–President of the college. Her husband Phil Murphy is the current governor of New Jersey, elected on a democratic ticket. From 2009-2013, Murphy also served as the US ambassador to Germany. The following are facts that you should know about Murphy’s wife, Tammy Murphy. 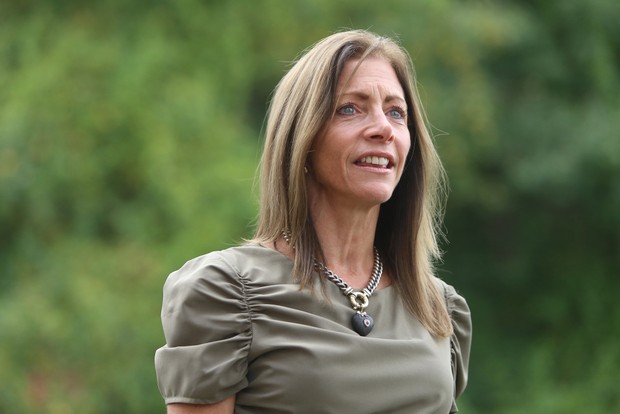 After her graduation, Snyder Murphy went to work in Finance for Goldman Sachs where she met Phil Murphy in the year 1987. They are both alumni of the company, which invests in banking and other financial services. It is at Goldman Sachs where Tammy Murphy and Phil Murphy first became acquainted. They started dating while still at the firm in the early 1980s and after a period of close to seven years, they got married in a beautiful wedding. After their wedding in 1994, the couple has become inseparable ever since. Tammy Murphy’s experience in the finance industry is inclusive of the time she worked at the Investcorp in Europe. Tammy Murphy’s hard work and determination have given her an illustrious career that is backed by years of success that many people would only dream about. 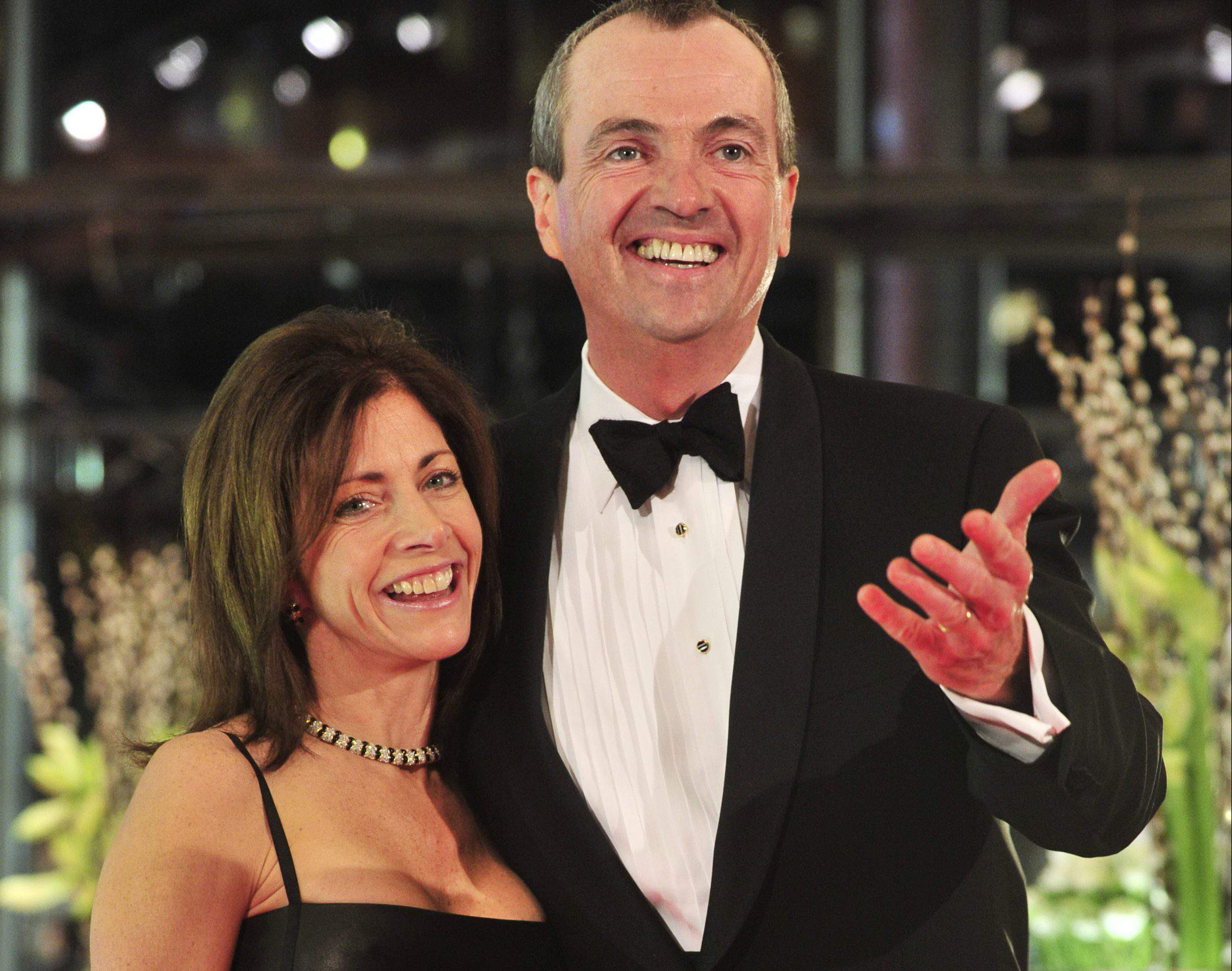 Tammy Murphy and her husband Phil Murphy are blessed with four incredible children, three sons, and one daughter namely: Josh Murphy, Sam Murphy, Charles Danton Murphy, and Emmanuelle Medway Murphy. Josh Murphy and Emmanuelle Murphy have taken after their father and they are currently involved in the democratic politics. However, Sam Murphy is still too young to be involved in politics. The Murphy’s are soccer fanatics, an interest they developed while still in Germany where Phil worked as the US ambassador. 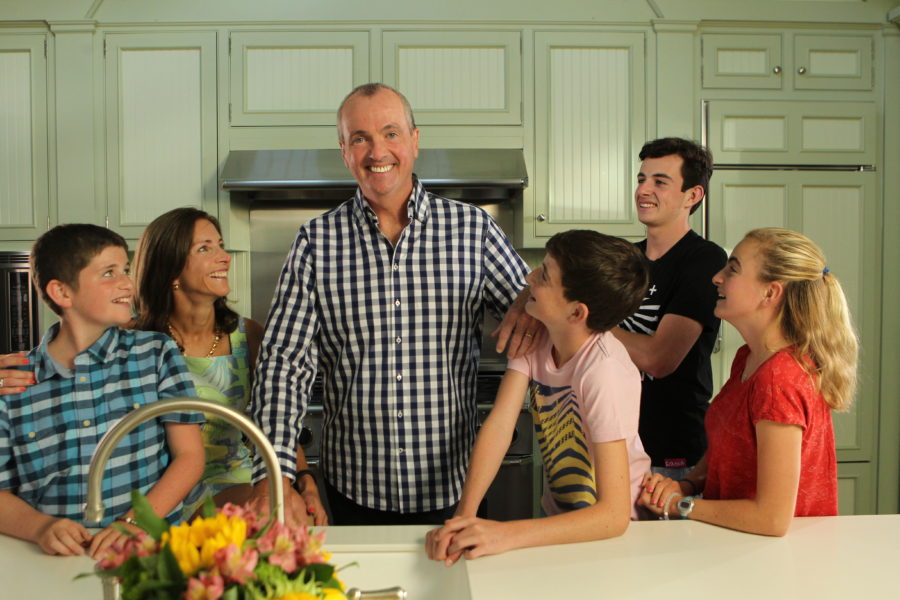 3. Tammy Murphy, Wife to Phil Murphy, is a Known Philanthropist

Phil Murphy and his wife Tammy Murphy are the founders of the Murphy Family Foundation (a philanthropic organization), which donates approximately $1-$1.6million annually. The couple is civically active in their state of New Jersey where they have established an organization known as NSN J. Through this foundation, the Murphy’s have supported organizations such as Boys and Girls Club in Monmouth County, Trinity College, Rutgers University Foundation, Haverford College, and Philips Academy etc. Their mission is to support the middle class in New Jersey. The Murphy’s have a strong conviction that they can change the lives of many people in New Jersey particularly through progressive policy and giving grants to various associations. Some of them include the National Diplomacy Center Foundation, New Jersey Policy Perspective among other organizations. Tammy Murphy also serves on the University of Virginia’s board of advisors (UVA) and the secretary of Climate Reality Action Fund.

4. Net Worth and Taxation

In a career that goes back to almost 25 years of investment and banking, one would only wonder what Phil Murphy’s wife net worth looks like. Though not clearly stated, Tammy Murphy, having financed the Republicans in their campaigns and other political activities, it is prudent to say that she has enough wealth to last her a lifetime. The 2016 tax return indicated that Phil Murphy had accumulative returns of $20.9 million in a period of 5 years. Murphy and Tammy contributed $200,401in local property taxes. The records also show that Murphy’s own homes in Germany and Italy. They have invested in hundreds of companies and funds. From the just-released tax returns report, the Murphy’s recorded a gross income of $4.6 million, a federal taxable income of $4.6 million, and federal and New Jersey taxes amounting up to $1.5 million. They also spent another $4.9 million on charitable contributions, which go mostly to their family foundation.

5. Tammy Murphy Was Once a Republican

Tammy Murphy grew up as a Republican and went as far as giving donations to various Republican candidates that include George W. Bush and the New Jersey Republican Party. However, based on her opinions pertaining to issues such as abortion, gun control, and the environment, she changed her political party to embrace the Democrats. Gun violence has become rampant in New Jersey. Phil vowed that when he becomes governor the issue of gun control would be dealt with through regulations that do not interfere with the second amendment bill. Tammy Murphy plays a very pivotal role when it comes to giving advice to her husband Phil Murphy. The 52-year-old spouse has been a fixture of the campaign, accompanying her husband Phil Murphy on almost every occasion and event that Murphy is invited to. She was very instrumental in the campaign in the sense that she gave speeches and even helped to raise money. Murphy refers to her as his "de-facto finance chair.” Her input and enthusiasm for the campaign made her husband Phil Murphy to win the polls and clinch the gubernatorial seat of New Jersey despite the fact that he did not take part in the polls in 2013 as it had been speculated. According to Phil Murphy, she is the perfect wife, the force that keeps him going when things get tough and the mother of his children. Hence, the popular say, "behind every successful man there is always a superior woman.” 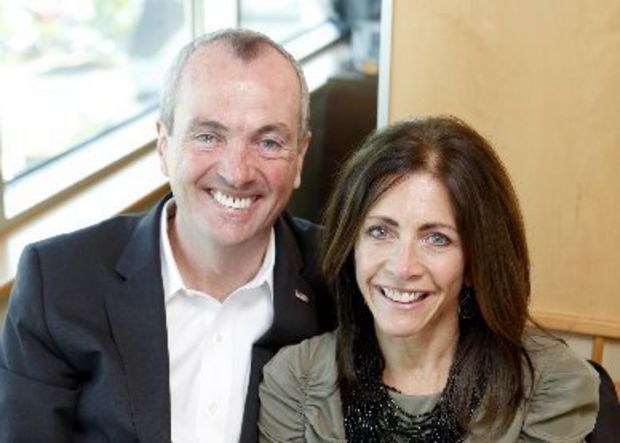