Anna Jacoby Heron is a young actress from America who has been building a strong career over the past few years. Anna Jacoby Heron was born in Los Angeles, California on September 29, 1995, where she currently still lives. Her age is 22 years old. Anna Jacoby Heron is best known for playing the role of character Taylor Wilson on the MTV TV Show called Finding Carter. She also received great recognition and positive reviews for her role as Madeline Stevenson in the recently released art-house flick entitled Newly Single. Anna Jacoby Heron, a native of the area, entered Hollywood as an actress with a role in the 2011 movie Contagion, in which she played the character of Jory Emhoff. Contagion is a psychological biohazard thriller about a global pandemic which also starred famous actors Matt Damon, Gwyneth Paltrow and Jude Law. Also under Anna Jacoby Heron's belt is a small role on the very popular Netflix TV Show Stranger Things as character Dottie. Stranger Things just had its second season released. Anna also played the role of Anna during a brief stint on the short-lived TV Show Vegas as well. Being at such a young age still, Anna Jacoby Heron has no known relationship or love interests to report on so far. She is spending her time focused on expanding her acting career and enjoying life as a young and rising star in Hollywood. 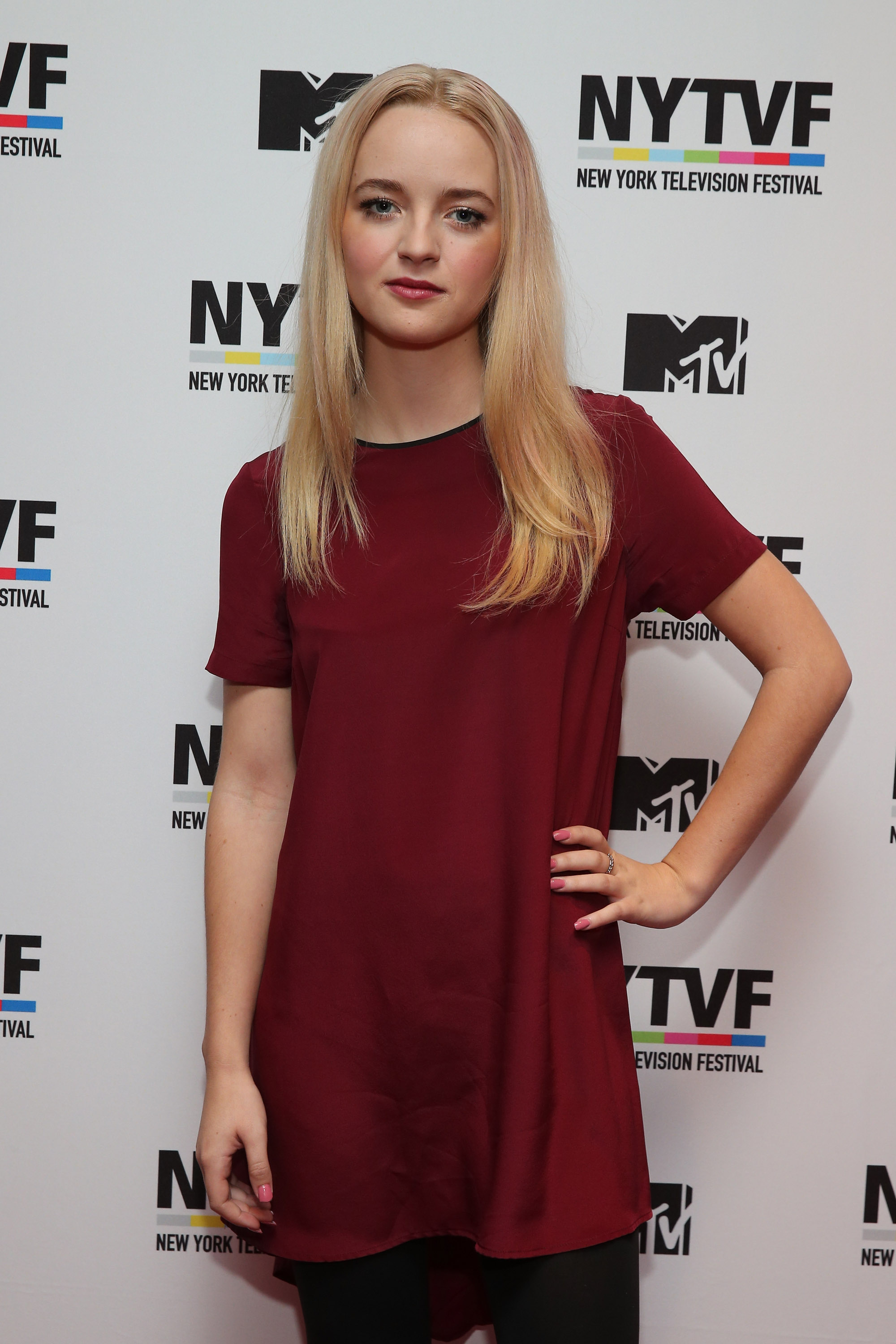 Above can be seen a mature looking Anna Jacoby Heron in a simple yet classic red dress. Anna is famous for her role of Taylor Wilson on the MTV TV Show Finding Carter. You can follow her on Instagram at @AnnaJacobyHeron. The age of the young actress is only 22 years old and her acting career thus far has earned her a net worth of $600,000.

Anna Jacoby Heron's first appearance as an actress in a movie was when she played the role of Jory Emhoff in the medical thriller Contagion, which was released in 2011. In the movie, Anna Jacoby Heron's character Jory is the daughter of Beth Emhoff, the character who first contracts the disease in the move, played by famous actress Gwyneth Paltrow. Character Beth Emhoff is on a flight home to Minnesota from Hong Kong, where she was on a business trip and begins to feel very ill. She at first thinks it is only due to jet lag, but she suddenly dies a few days later, leaving daughter Jory (played by Anna) and her husband, who was played by the famous actor Matt Damon, devastated and wanting answers. The doctors tell them they do not know the cause of her death, leaving them shattered. Soon, many people begin dying very rapidly of the disease and a global crisis ensues. Jude Law also appears in the film as a blogger whose writing causes the paranoia of the people to run wild as the global pandemic takes place. Anna Jacoby Heron's second appearance in a movie as an actress was in the 2017 arthouse film entitled Newly Single. Newly Single is a film about - you guessed it! - a newly single filmmaker and his exploits during his re-entry into the dating scene around Los Angeles, California. The film takes placed in the wintertime and in the film, Anna plays character Madeline Stevenson. The film was nominated for six awards at the Tallinn Black Nights Film Festival. Anna was up for the award of Best Actress. 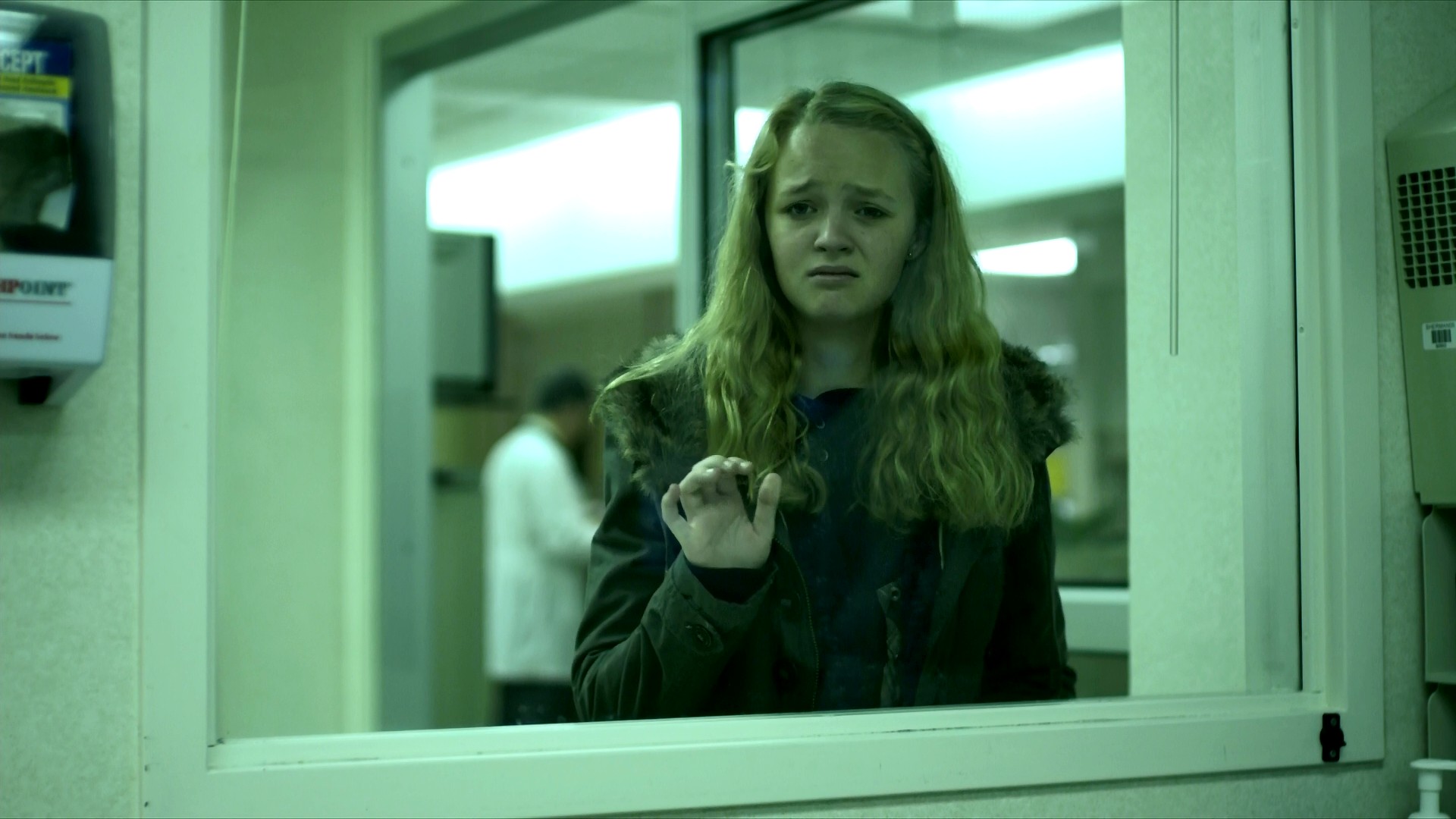 Above can be seen the actress Anna Jacoby Heron in the 2011 movie Contagion. This was Anna's first appearance on screen.

Appearing as an actress in the movie Newly Single might just be the ticket to success and fame for the beautiful young Anna Jacoby Heron. The Indie arthouse movie received strong recognition and was nominated for six awards, including Grand Prize, Best Actor, Best Actress, Best Director, Best Cinematographer and Best Script at the Tallinn Black Nights Film Festival. She continues to be cast in additional roles and her career does not seem to be slowing down. Newly Single was directed by Adam Christian Clark, who also played the lead role of Astor Williams Stevenson, a filmmaker who ridicules his girlfriend enough to drive her away and dump him. This leaves him newly single and he quickly and aggressively jumps back into the Los Angeles dating scene. Things are not as easy as they used to be however, and this film documents the struggles and comedic dark nature of a newly single person trying to delve back into the wonderful world of dating as an adult. Newly Single also starred Adam Christian Clark, Jennifer Kim, Molly C. Quinn, Remy Bennett as well as Anna Jacoby Heron. 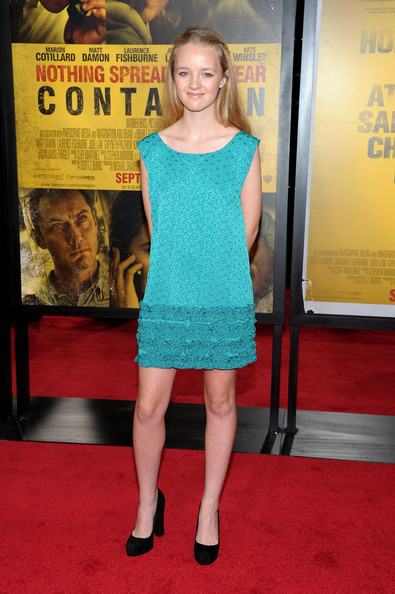 A young Anna Jacoby Heron in a lovely blue dress shown above at the release of film Contagion. Earnings from this film and the other movies and tv shows she has appeared in have given her a net worth of $600,000 so far.

Anna Jacoby Heron - TV Shows She Has Starred In

Anna Jacoby Heron has appeared as an actress in more TV Shows than movies at this point in her acting career. She is most famous for her role as Taylor Wilson on the TV Show Finding Carter. Anna also had a role on the wildly popular Netflix show Stranger Things which just released it's second season on Netflix. In Stranger Things, Anna played Dottie. Dottie is a friend of Number Eight, the girl from the first episode of the second season of the show who also was a child involved in the Hawkins Lab Experiments. She appeared in two episodes of the show which has aired two seasons so far. She has also appeared in other TV Shows, including as the character of Anna on an episode of the short-lived show Vegas and as the character Kristen, a pregnant teen inmate on the long running TV show Grey's Anatomy just this past year in 2017. Anna Jacoby-Heron has also been cast to play a role in the upcoming Hulu TV series to be released in 2018 called The First. The show will follow a crew on their first mission to Mars as they try to take the first steps towards interplanetary colonization. 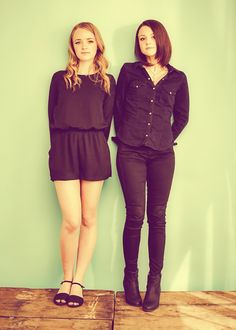 Above is Anna Jacoby Heron as her character Taylor Wilson from Finding Carter alongside her on screen sister Carter Stevens, played by Kathryn Scott. The sisters are fraternal twins. 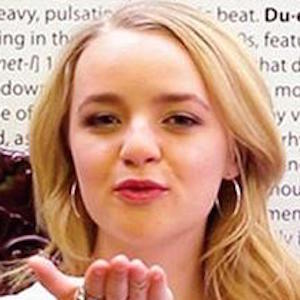 Cute as a button, Anna Jacoby Heron blows a kiss to her fans in the picture above.

It can be said that Anna Jacoby Heron is best known and has received the most recognition for playing the role of Taylor Wilson on MTV's TV Show and teen drama Finding Carter, which aired for two seasons from 2014 to 2015. In Finding Carter, Anna's character Taylor Wilson one of the siblings of the main character Carter Stevens, who is played by actress Kathryn Prescott. The other sibling is played by actor Zac Pullam. Character Carter Stevens discovers that she was abducted by the woman who she thought was her mother as a baby. She is returned to her true family, the Wilsons and the show follows her as she tries to re-establish a normal life with a new family, friends and school. Cynthia Watros and Alexis Denisof play the characters of Carter's biological parents. The first season of Finding Carter was all about Carter's return to her real family and the adjustment she faces as her whole life changes. The second season of Finding Carter focused on the motives behind why the woman who she thought was her mother, Lori, kidnapped her. The series was cancelled in 2016 after running for two seasons on MTV. 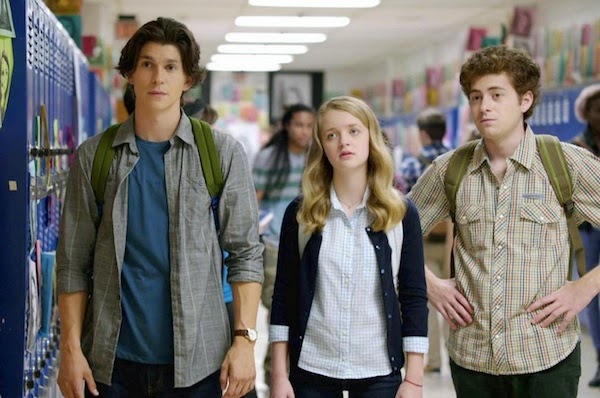 Here's another shot of Anna Jacoby Heron as her character Taylor Wilson on the TV Show Finding Carter. 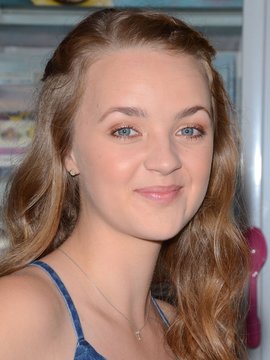 Look at Anna Jacoby Heron above with dazzling blue eyes. The color of her eyes is really brought out by the tank top she is wearing. The blond haired blue eyed actress from California has been building a successful career as an actress at only 22 years old.

Catch me on @finding.cartermtv every tues 10/9c

The photo above was taken from actress Anna Jacoby Heron's Instagram.

Keep an eye on Anna Jacoby Heron as her career as an actress grows. With solid films and TV Shows like Contagion, Stranger Things, Finding Carter, and Newly Single under her belt, she is guaranteed to win more influential roles. She has everything to offer Hollywood as she is beautiful and talented and we can expect a lot from this young and rising star. Keep up the good work Anna Jacoby Heron!