Mandy Rose was born on July 18, 1991 in Westchester county, New York, which is a suburb just northeast of New York City. Mandy has a career as an American professional wrestler and television personality signed to WWE and appearing on the television show Total Divas. Mandy Rose is her ring name and she performs under the Raw brand for WWE. Prior to being signed with WWE, Mandy had a career as a fitness and figure competitor. Mandy Rose comes from an Italian-American family and is the youngest of four siblings. She attended college at Iona College in New York. Mandy currently lives in Orlando, Florida with her soon to be husband and longtime boyfriend, Michael Lubic. Mandy made her debut into wrestling in August of 2015. Her billed height is five foot four inches tall and her billed weight as a wrestler is 120 pounds. He trainers are Booker T, Billy Gunn, Lita and Sara Del Rey.

The above photo was taken from Mandy Rose's Instagram and shows just how sculpted and fit the young WWE wrestler is. She has spent much time and effort to get her body into that shape and that, along with her gorgeous face, make her a stunning woman to behold.

Want to know more about the beautiful and fit Mandy Rose? Keep reading for fun facts, facts about her age, net worth, Instagram following and much more! Mandy Rose was born with the full name of Amanda Saccomanno on July 18, 1991. Her age is 26 years old. Mandy Rose has 783 thousand followers on Instagram. Her Instagram handle is @mandysacs if you want to follow her. The net worth of Mandy Rose is said to be about $13 million, which is not too shabby for such a young woman who only recently was signed to WWE. Her popularity has quickly risen as she is gorgeous, cute, and super fit! Mandy Rose has been featured in several fitness publications including Fitness Gurls, Fit & Firm, and FitFemme. Mandy Rose was cast as part of the main cast for the fifth season of the WWE reality TV Show Total Divas. The show began airing in January of 2016. Mandy Rose is a huge supporter of animal rights and adoption. Mandy Rose's family owns a deli in Carmel, New York. Mandy Rose's favorite workouts are yoga, pilates, and CrossFit. Mandy's childhood nickname was "Hamburgers." Mandy's WWE nickname is "Golden Goddess." Mandy Rose just recently became engaged to her longtime boyfriend. She cannot wait to have him for her husband. Mandy's signature moves are the modified octopus hold, running bicycle knee, the heart punch, the springboard bulldog, and the tilt-a-whirl. Mandy's signature finishing move in the WWE is called "Angel's Wings." Mandy Rose has won first place in World Bodybuilding Fitness & Fashion fitness modeling contest for both the 2014 WBFF Boston and the 2014 WBFF Diva Bikini Pro World Championship. 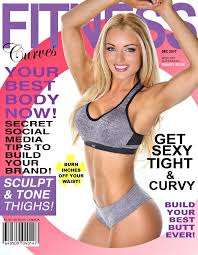 Above can be seen Mandy Rose on the cover of Fitness magazine. She definitely deserves it with that body of hers!

Above is a video from WWE NXT of Mandy Rose and Nikki Storm taking on Liv Morgan and Aliyah. Watching her fight is super sexy and awesome!

Mandy Rose's professional wrestling career began when she was a contestant in the sixth season of the WWE competition WWE Tough Enough. The show began airing in June of 2015. Although she faced the risk of elimination on the July 28 episode, she ended up being saved by judge The Miz. It was later during the season finale episode, that she adopted her ring name of Mandy Rose. During the same episode, she lost a match against Alicia Fox and ultimately came in as a runner-up. After the season finale of WWE Tough Enough, it was made public that Mandy Rose had signed a five-year contract with WWE. Mandy's first in-ring debut was during a six-Diva tag team match at a live event in Venice, Florida which took place on January 30, 2016. Later, on the August 17 episode of NXT, Rose appeared in a six-woman tag team match along with other female wrestlers Daria Berenato, Alexa Bliss, Carmella, Liv Morgan, and Nikki Glencross. On an episode of Raw, which aired in November 2017, Rose joined forces with Sonya Deville and Paige and a week later, the trio's group name was revealed as Absolution. 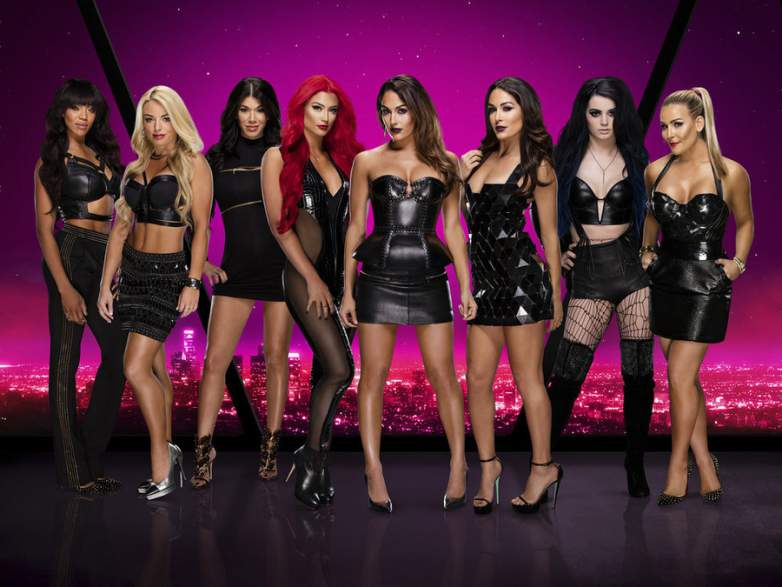 Above is the cast from the 2016 airing of WWE's TV Show Total Divas. Mandy Rose was included in the main cast, along with WWE stars like WWE Raw Women's Champion, Alexa Bliss.

Mandy Rose is certainly a rising WWE star to keep an eye on. Mandy has got the looks, the body and the talent to have a long and successful career as a television personality and fitness queen. We love watching her on WWE and the TV Show Total Divas and can't wait to see what more she has in store for us in the entertainment world.