Rebecca Miller: Biography of the wife of Daniel Day-Lewis

Rebecca Miller is an American filmmaker, writer, and actress. She was born on September 15th, 1962 in Roxbury, Connecticut. Her father is Arthur Miller, the well-known playwright, and her mother is Inge Morath, who was a professional photographer. She was born to mixed religion parents, as her father was Jewish and her mother was Protestant. Although she predominantly practiced Catholicism as a child, she no longer identifies with any religion. Rebecca Miller was interested in the fine arts from a very young age, which is not surprising given the creative and artistic environment in which she grew up. She first took an interest in sculpting and her parents fostered that interest by hiring professional sculptors to train her, such as Philip Grausman. She later was trained in other arts like painting, acting, and dancing. Rebecca Miller received her education first from Choate Rosemary Hall. She later attended Yale University for college. At Yale, she studied painting and literature. Her roommate during college was Naomi Wolf, who is now a well-known author. Rebecca also studied film at The New School in New York after graduating from Yale. Rebecca Miller is currently married to the famous and award-winning English actor Daniel Day-Lewis. She has two sons with him named Cashel Blake Day-Lewis and Ronan Day-Lewis. She also has a step-son with him from his previous marriage to actress Isabelle Adjani named Gabriel Kane Day-Lewis. Rebecca and Daniel spend their time between their homes in Ireland and New York City. In Ireland, they can retreat from the public eye and spend a lot of time relaxing and enjoying moments together.

Above is Rebecca Miller looking serious, yet humorous, and sporting cat shaped glasses. It is clear from her piercing eyes that she is very intelligent and thoughtful. One must be to have written so many thought-provoking novels, films, and other works of art.

Rebecca Miller: Career as an Actress, Film Writer, and Director

Rebecca Miller has a career as a novelist, director, and independent filmmaker who has been honored with the Maureen O'Hara Award in recognition of her achievements in filmmaking. Miller wrote and directed her first movie, entitled Angela, in 1995. Angela is the story of a young girl named Angela and her attempt to rid herself of sin so that she can cure her mentally ill mother. Rebecca received several awards for this movie, including the Independent Feature Project Gotham Awards, the Independent Film Project's Open Palm Award and the Sundance Film Festival Filmmaker Trophy. Rebecca Miller has also written a collection of prose about women called Personal Velocity, which was awarded Washington Post Best Book of 2001. Rebecca later adapted the work into a movie, also called Personal Velocity, in 2002. The movie received high praise from the New York Times. Rebecca won more awards for this work, including the Sundance Film Festival Grand Jury Prize and the Independent Spirit John Cassavetes Award. Rebecca Miller also wrote and illustrated the book titled A Woman Who, the screenplay for the 2005 film adaptation of the Pulitzer Prize-winning play Proof, and directed the movie, The Ballad of Jack and Rose. Rebecca Miller's fourth film is called The Private Lives of Pippa Lee and is an adaptation of a novel she wrote in 2002 by the same name. 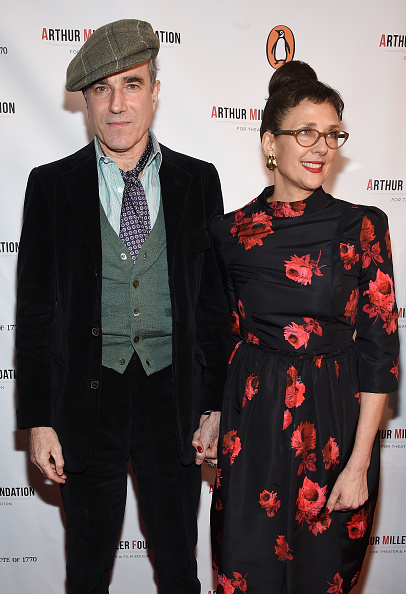 Above is shown Rebecca Miller with her husband Daniel Day-Lewis. Rebecca and Daniel look very stylish and comfortable together and are holding hands. 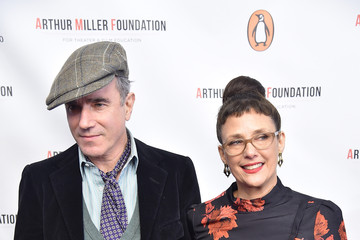 Above are Daniel Day-Lewis and wife Rebecca Miller shown together at an event for the Arthur Miller foundation. Rebecca is the daughter of the famous play-wright Arthur Miller.

Rebecca Miller is an extremely intelligent and talented writer, actress, director, and film-maker. She is also an advocate for women in the film industry which is something to definitely admire about her. She is also married to the very handsome and successful actor Daniel Day-Lewis. With such creative interests shared, it is no surprise that they fell in love upon meeting. They are a match made in heaven. 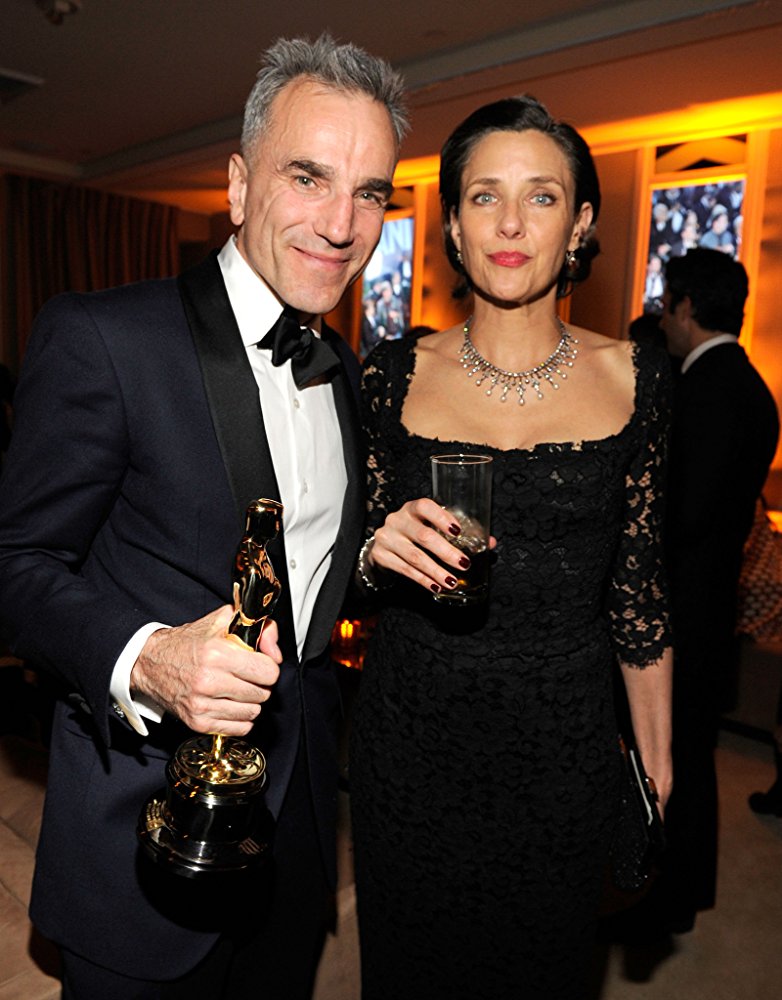 Above are Rebecca Miller and Daniel Day-Lewis at an awards ceremony. They both look glamorous in black. It appears Daniel has just won an award.