Miriam Talisa Soto is an American actress and a former model. At the age of 50 years, Talisa has a height of 5 feet and 8 inches. She was born in Brooklyn, New York in 1967. At the age of 5 years, Soto and her family moved to Northampton in Massachusetts where she was raised together with her three siblings. Soto is the last born in a family of four children. She is the daughter of Hector and Clari Soto who is a retired nutritionist. Below are a few facts that you probably did not know about her.

Talisa Soto is a former model

Did you know that Benjamin Bratt's wife is a former model who started at a young age? Talisa Soto started her career as a model at the age of just 15 years. She signed with Click Models, a model management agency, when she was still a student. This was a bit hard since she could only work with during her vacations and as soon as the schools opened she was back to focusing on her academics. As she tried to balance work and studies, Soto got featured on the cover of the Vogue magazine in Paris. After her graduation, Soto became a full-time model. She appeared in various adverts for Calvin Klein, Revlon, and even Versace. Soto and her ex-boyfriend Nick Kamen was featured in Madonna’s music video for the song "Each Time You Break My Heart." In 1990, the People magazine listed Soto among the top 50 most beautiful people in the world. As if that is not enough, she was also listed by the Maxim magazine among the top 100 hot women of 2002.

Talisa Soto is an actress

Soto kickstarted her acting career in the year 1988 when she was featured in the movie “Spike of Bensonhurst." This movie exposed Soto to the acting industry as she later appeared in the James Bond series "License to Kill" as Lupe Lamora. "License to Kill" is an American thriller film that involves a fictional British agent James Bond who attempts to solve the murder of his friend’s wife. Lupe Lamora is a drug lord’s wife who develops feelings of intimacy towards James Bond. Bratt’s wife has also starred in the film "Mortal Kombat" as Princess Katana. "Mortal Kombat” is an American thriller and action film which premiered in 1995. It is an adaptation of the fighting game series "Mortal Kombat.” Bratt’s wife had to train as a kickboxer so that she could execute the hard-hitting stunts that Princess Katana does in the movie. Bratt’s wife has also featured in many movies including: The Mambo Kings (1989) Elysium (2013) Hostage (1992) Spy Hard (1996) That Summer In LA (2000) Pinnero (2001)

Talisa Soto first met Benjamin Bratt while they were auditioning for the movie "Blood in Blood Out" in 1993. However, they did not date and Soto ended up marrying Costas Mandylor in 1997. Soto was Costas’ wife until trouble began in paradise. They later divorced after being married for three years. In 2001, Bratt met his wife to be as they were shooting the film "Pinnero.” Their destiny was already determined as their paths crossed again. This time around, they decided to let nature take its own course as they ended up in a wedding in the year 2002. Bratt’s mother officiated the ceremony while his brother Peter Bratt was the best man. Benjamin Bratt is an American actor who was born in California, specifically in San Francisco, in the year 1963. Benjamin Bratt graduated from the University of California in the year 1986. Bratt is known for his role as detective Curtis in the American series "Law & Order" which premiered in the 1990s. Bratt has also acted in various films including: The Cleaner La Mission Private Practice American Experience Nasty Boys Knightwatch Juarez Doctor Strange Benjamin Bratt has also won various awards including three Alma awards, SAG award, HOLA award, PRISM award, and Imagen award. 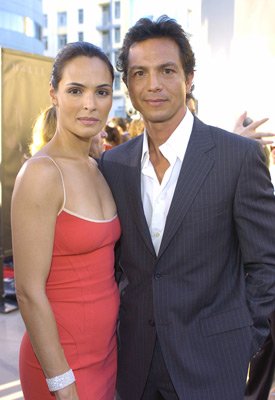 Talisa Soto is a mother of two

Talisa Soto and her husband are blessed with two children. Their first daughter Sophia Rosalinda was born in 2002. Talisa attended her wedding while pregnant with their first child. However, at the time of her birth, Rosalinda Bratt suffered a birth injury on her brain, which led to physical disabilities. Bratt and his wife have tried the best they can by hiring therapists to ensure that their daughter recovers. In 2005, Bratt and his wife Talisa were again blessed with a child. This time around, they got a son whom they named Mateo Bravery. 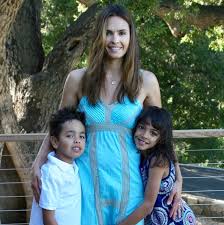 Talisa Soto is of Latino background

Bratt’s wife Talisa is Latina. She has Puerto Rican origin. Her parents Hector and Clari Soto came from Puerto Rico and settled in Northampton, Massachusetts when Soto was still young.

Every person loves certain dishes and Bratt’s wife is no exception. Bratt’s wife loves to make Italian dishes together with Puerto Rican dishes when she is at home with her family. Aside from loving Italian food, she also loves playing poker.

Bratt’s wife is very sociable. In fact, she is very active on her Twitter and Instagram accounts. She regularly posts on those social media platforms.

Talisa Soto and Bratt’s net worth

In a career that spans over 33 years, Bratt’s wife Talisa Soto has enjoyed a very illustrious and successful timer in the film industry. Being that she acted in several movies, her net worth is estimated to be around $950,000. Bratt, on the other hand, has a net worth of $7.5 million In conclusion, Bratt’s wife is a very interesting woman who has enjoyed her career in the film industry. She is also a proud mother to Mateo and Rosalinda. Indeed, Bratt is a very happy man to have Soto as his wife. 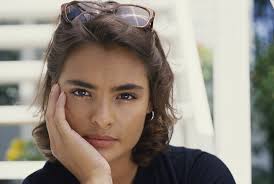