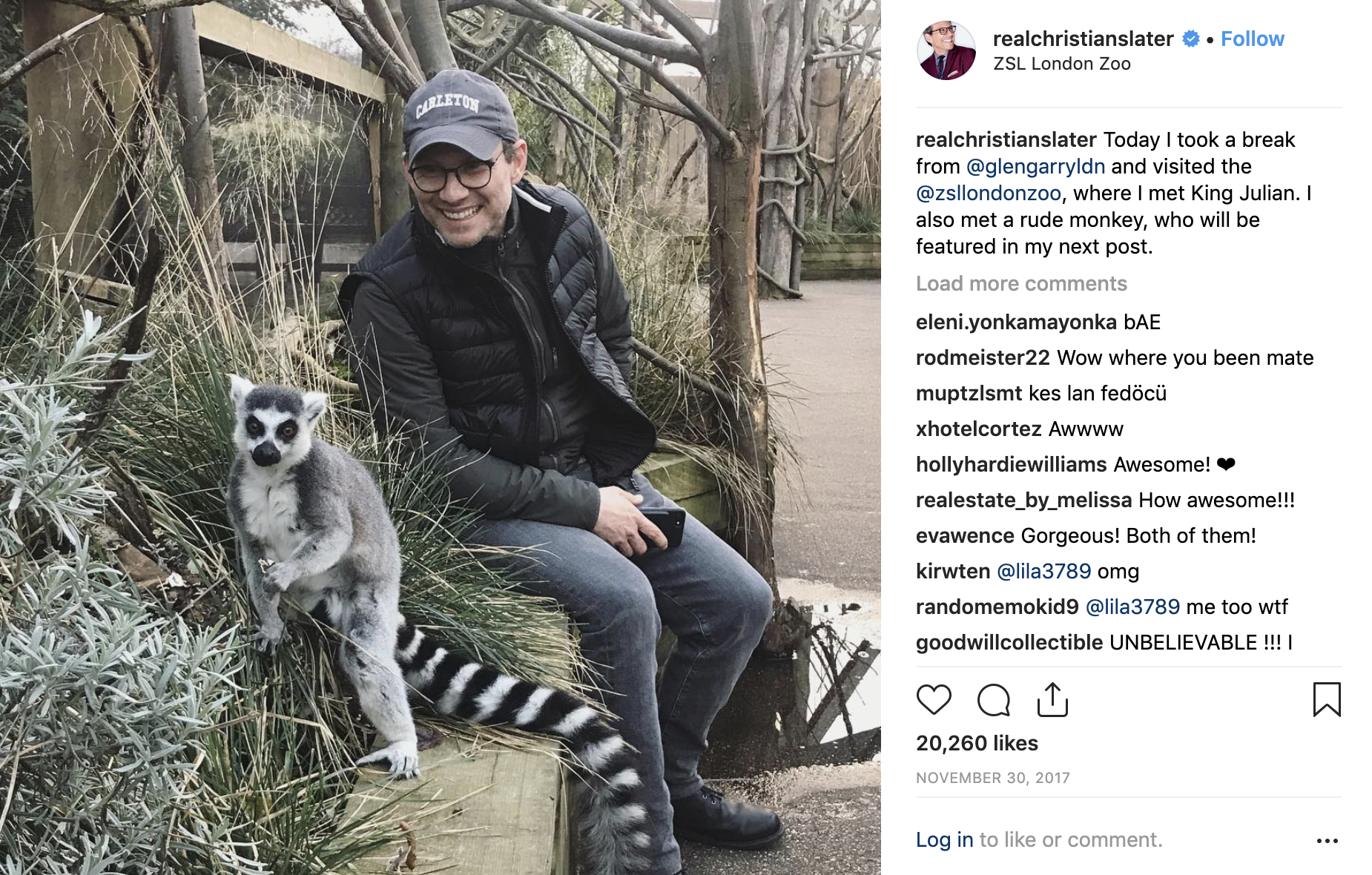 Christian Slater is an American actor who has a net worth of $20 million dollars. Christian Slater was born in 1969 in New York City, New York. Slater's father is the well-known soap actor Michael Hawkins and his mother, Mary Jo Slater is a casting agent.

Christian Slater first made his acting debut at the age of seven years on the daytime soap opera, 'The Edge of Night' in 1976. He later did many Broadway Shows in 1980s. In 1985, he landed with the role of Binx Davey in 'The Legend of Billie Jean' and shot to fame in Hollywood instantly. He got this role after his small role in his debut film, 'The Postman Always Rings Twice'. He then dropped out of high school and moved to Los Angeles in 1987 to pursue a career in acting. 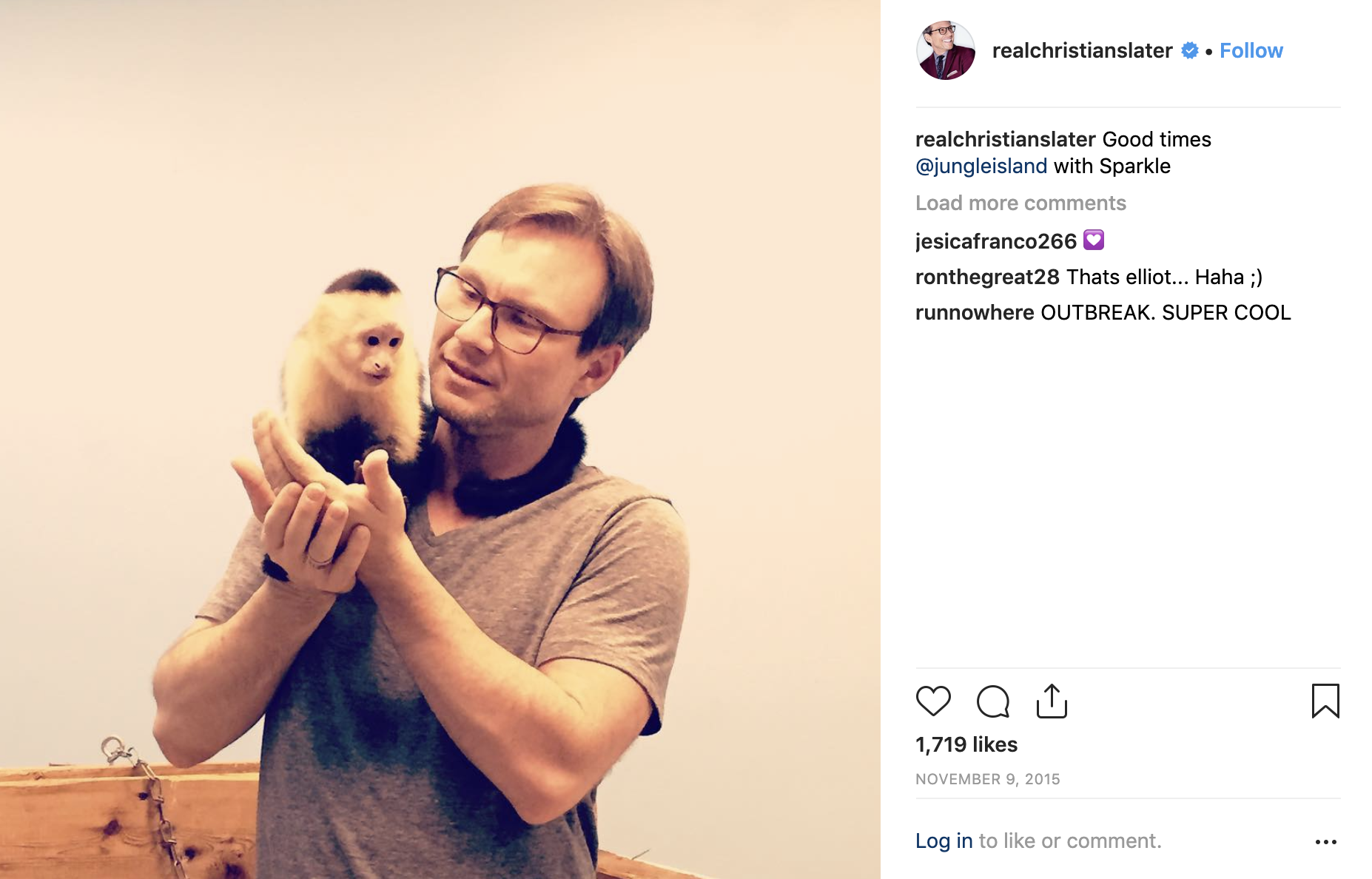 He was next seen in the cult classic 'Heathers' in 1988. At that period, he also became famous as the Hollywood's bad boy because of being involved in many controversies. His personal life has also been very colorful and he has been romantically involved with many stars such as Winona Ryder, Christina Applegate, Samantha Mathis and others. He was once even engaged to actress/model Nina Huang for a short period. 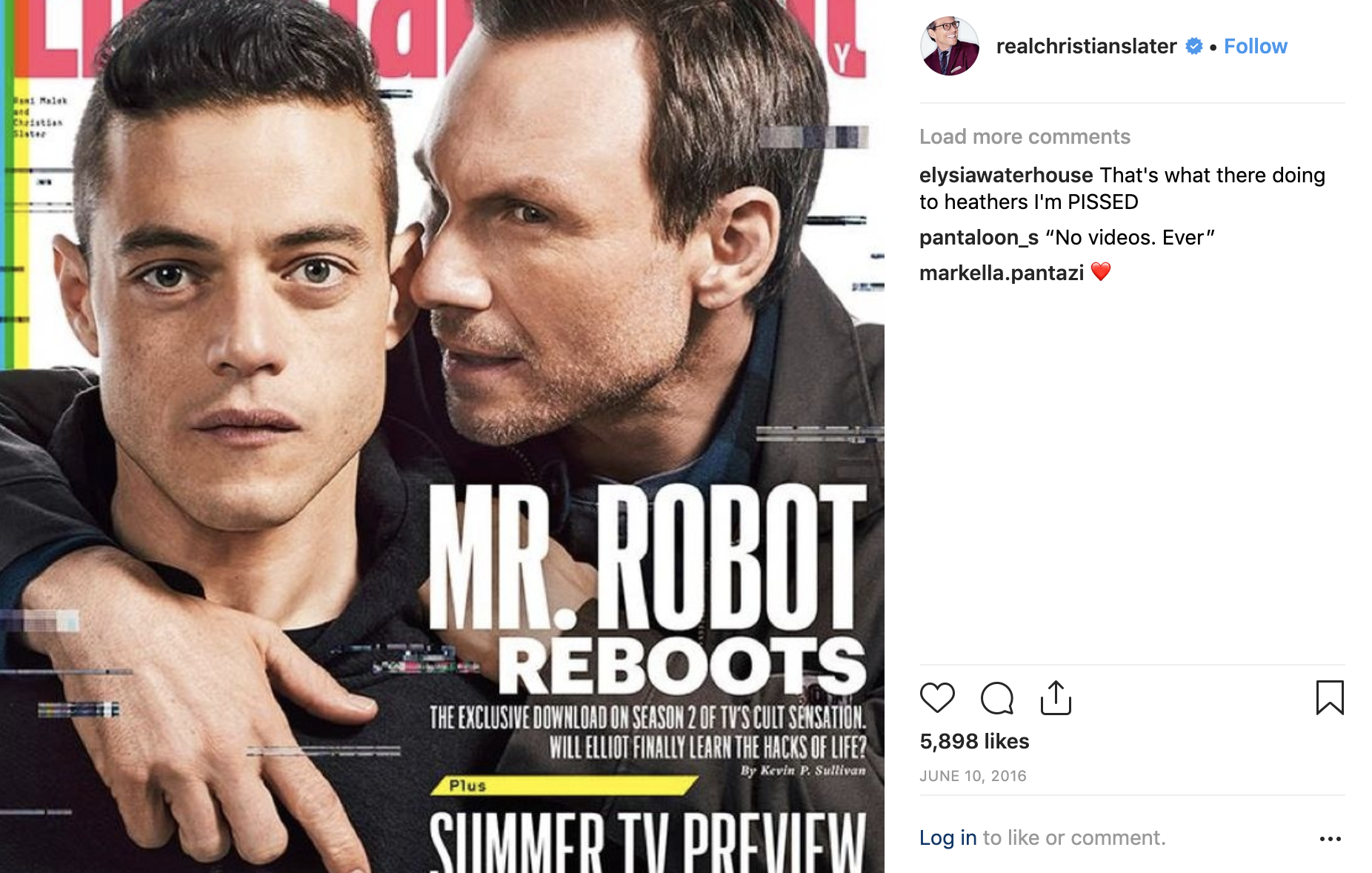 In the 90's, Slater starred in many big-budget films like, 'Robin Hood: Prince of Thieves', 'Interview with the Vampire: The Vampire Chronicles', 'Broken Arrow' and 'Hard Rain'. He also starred in the cult film 'True Romance'. Since 2000, Slater has given many appearances in films and television shows including, 'The West Wing' and 'Alias'.

He has also starred in 'Breaking In' and 'Mind Games'. He got married to Ryan Haddon in 2000 who was the daughter of '70s model Dayle Haddon. They have two children, Jaden Christopher born in 1999 and Eliana Sophia born in 2001. Sadly, the couple separated in 2005 and divorced later, but is raising their children together. 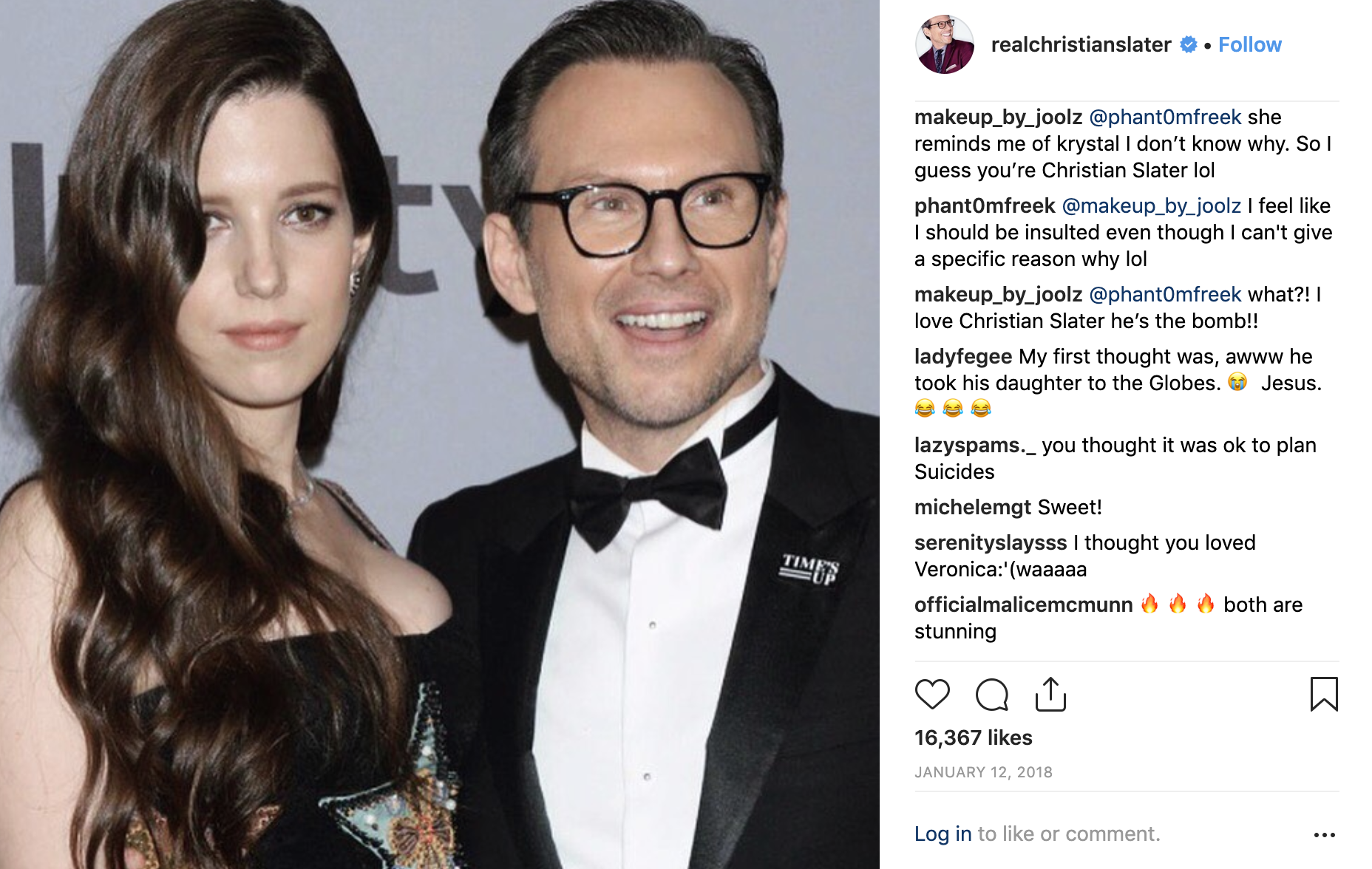 Brittany Lopez has a net worth of $6 million dollars. Brittany Lopez has been the long-time girlfriend of Christian Slater and the two got married recently. Christian Slater recently gave a heart-melting tribute to his wife Brittany Lopez at the Golden Globe Awards function. Christian Slater got the Best Supporting actor award for his performance in the film 'Mr. Robot' at the Golden Globe Awards. Slater seemed surprised at the honor for his work in 'Mr. Robot' but kept his speech impressive, 'This is a phenomenal honor,' the actor said. ‘Thank you Sam Esmail for writing such a wonderful character and being such a creative genius,’ he added. After thanking his agents and publicists ('They are backstage freaking out,' he said), Christian focused on his partner. My wife, oh my God, thank you for making me the happiest man alive and you make all my dreams come true,' he gushed. The camera pointed at Brittany Lopez, 28, who looked proud of her spouse. 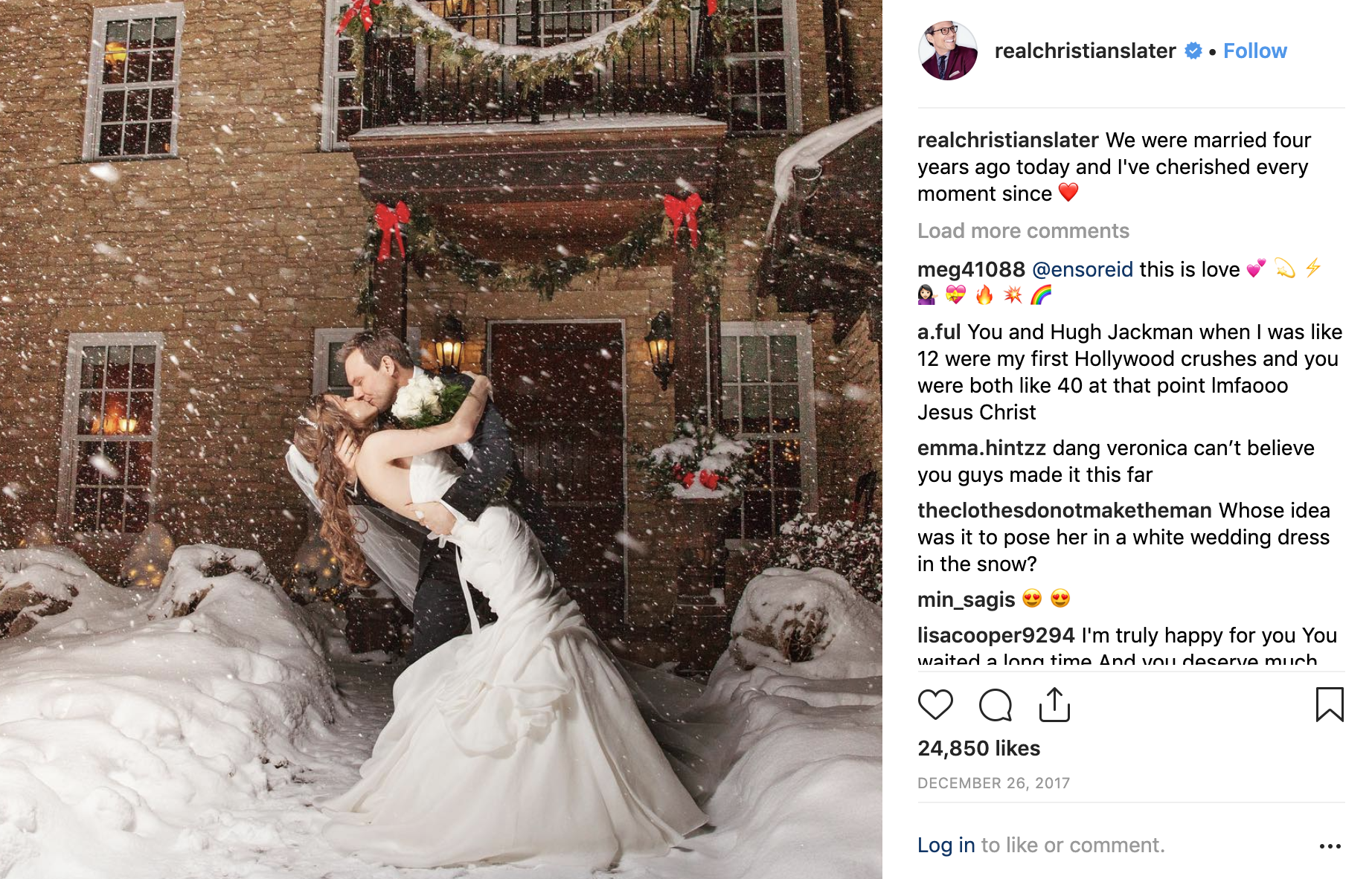 The couple was recently spotted at Miami killing the heat by taking a dip into the water. While there were many clad in fancy bikinis in Miami, the couple was spotted in white tees and shorts totally engrossed into each other and we-don't-give-a-damn to the world kind of attitude. Their Instagram photo speaks volumes about their casual and fun-loving attitude. A photo of the couple on Instagram gives us a glimpse of their short Miami vacation. 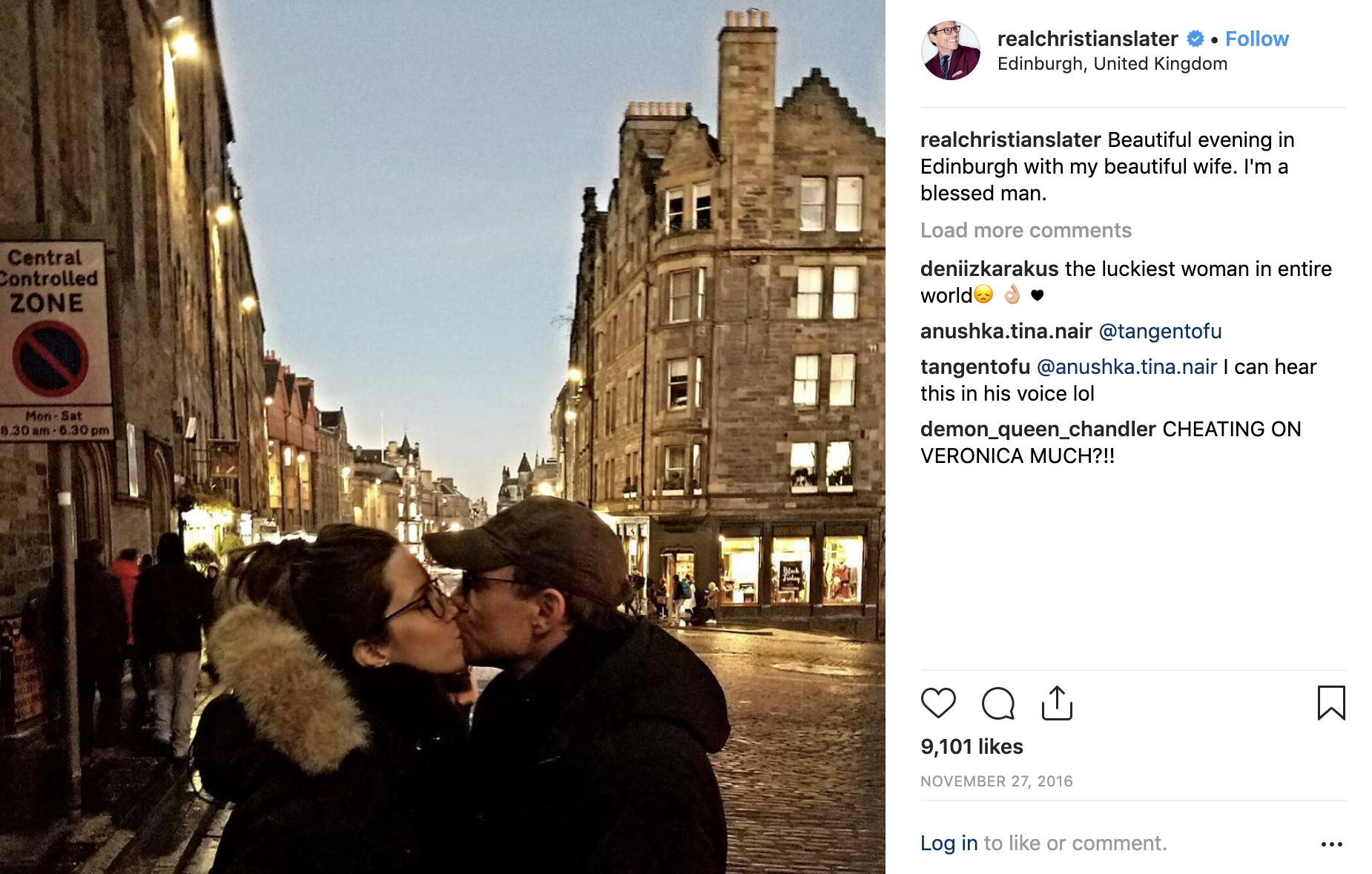 5 interesting facts about the couple

Here are some interesting facts about Christian Slater and his girlfriend Brittany Lopez: 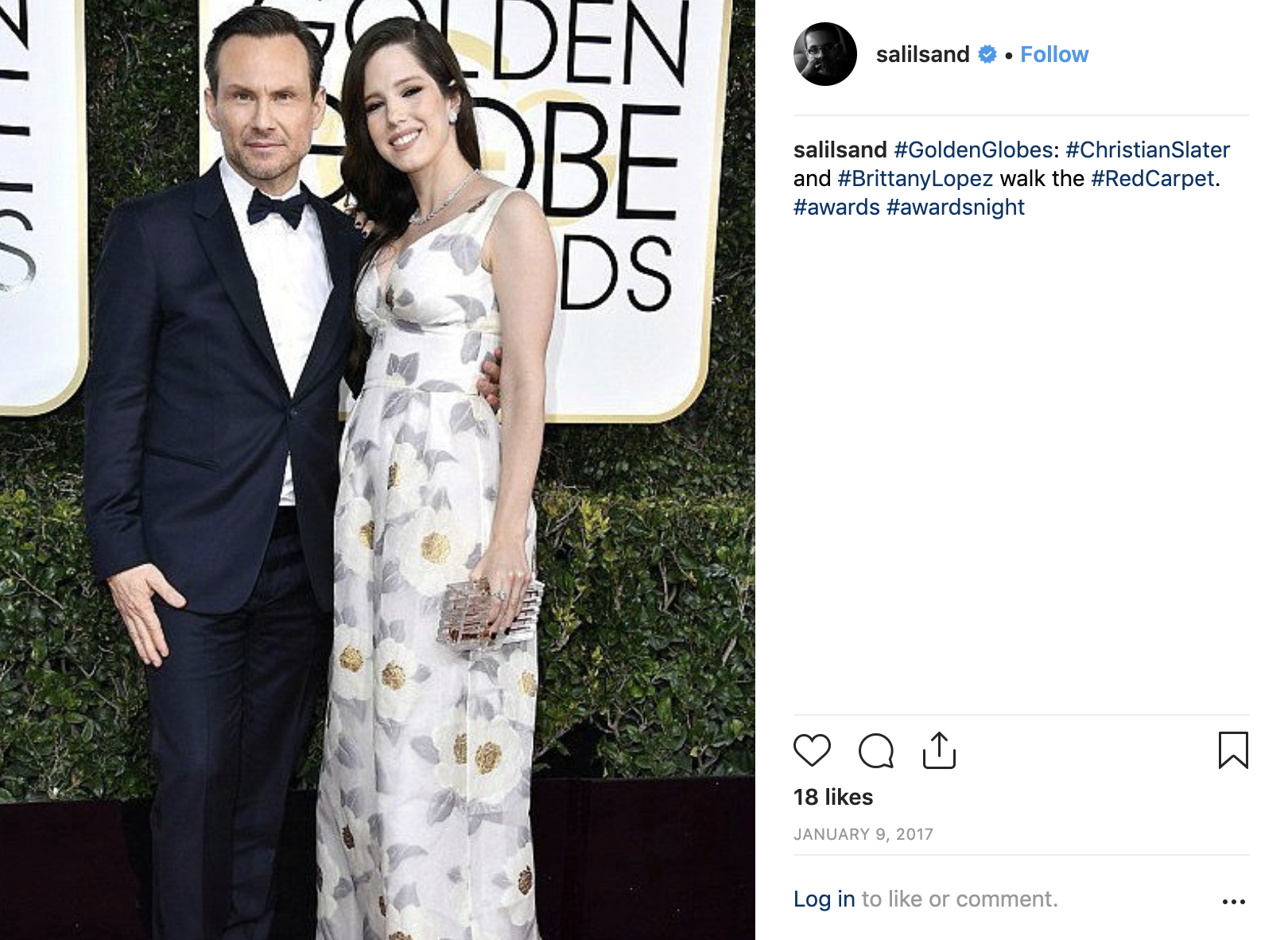 1. The two got married in a courthouse

2. They had no plans of getting married

The couple had no plans of getting married. They just went to the courthouse to get their marriage license when they decided to get married there and then. They said their vows and the court clerk took their picture as a proof.

During an interview, Slater for the first time talked about how and when he met his wife in 2009 at Little Palm Island Resort in Miami, Florida. "This girl came walking along with another lady, a slightly older lady. I was sitting in my usual spot, eating my oatmeal that morning – and this spot was famous for people proposing to each other – and the next thing I know she gets down on one knee and proposes to this older lady. I thought I had just witnessed a nice lesbian engagement, so I was coming over to say congratulations, but it turns out it was her aunt and she was just trying to help her aunt capture the beauty and the romance of the moment … She was making a joke, and I witnessed it, and it intrigued me, and the next thing I know we were hanging out in the Everglades". 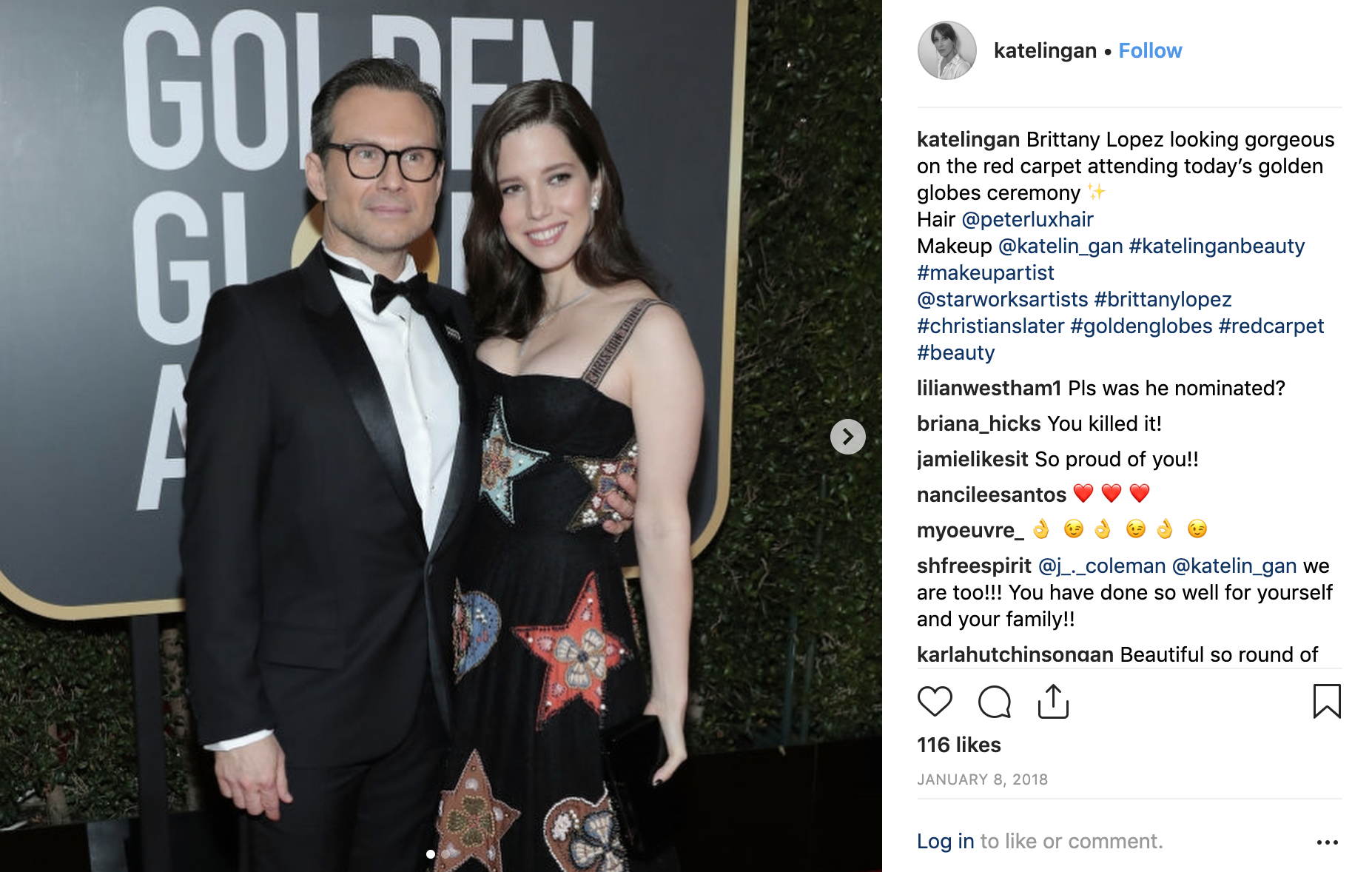 4. Slater made Lopez cry once with a dead racoon

Lopez always wanted to have a racoon as pet and so Slater decided to give her a real stuffed racoon as a gift. He said in an interview, "I brought it to the house, the whole family…this was like the last gift! She opened the thing and all she saw was two dead eyes staring up at her and she literally cried for 45 minutes into her mother’s bosom. It was awful".

5. Their engagement was announced back in February

On the same episode of Late Night With Jimmy Fallon when he talked about meeting Lopez, Christian Slater also confirmed to the host that he had popped the question to his girlfriend about getting engaged. They enjoyed their engagement ceremony in the summers. 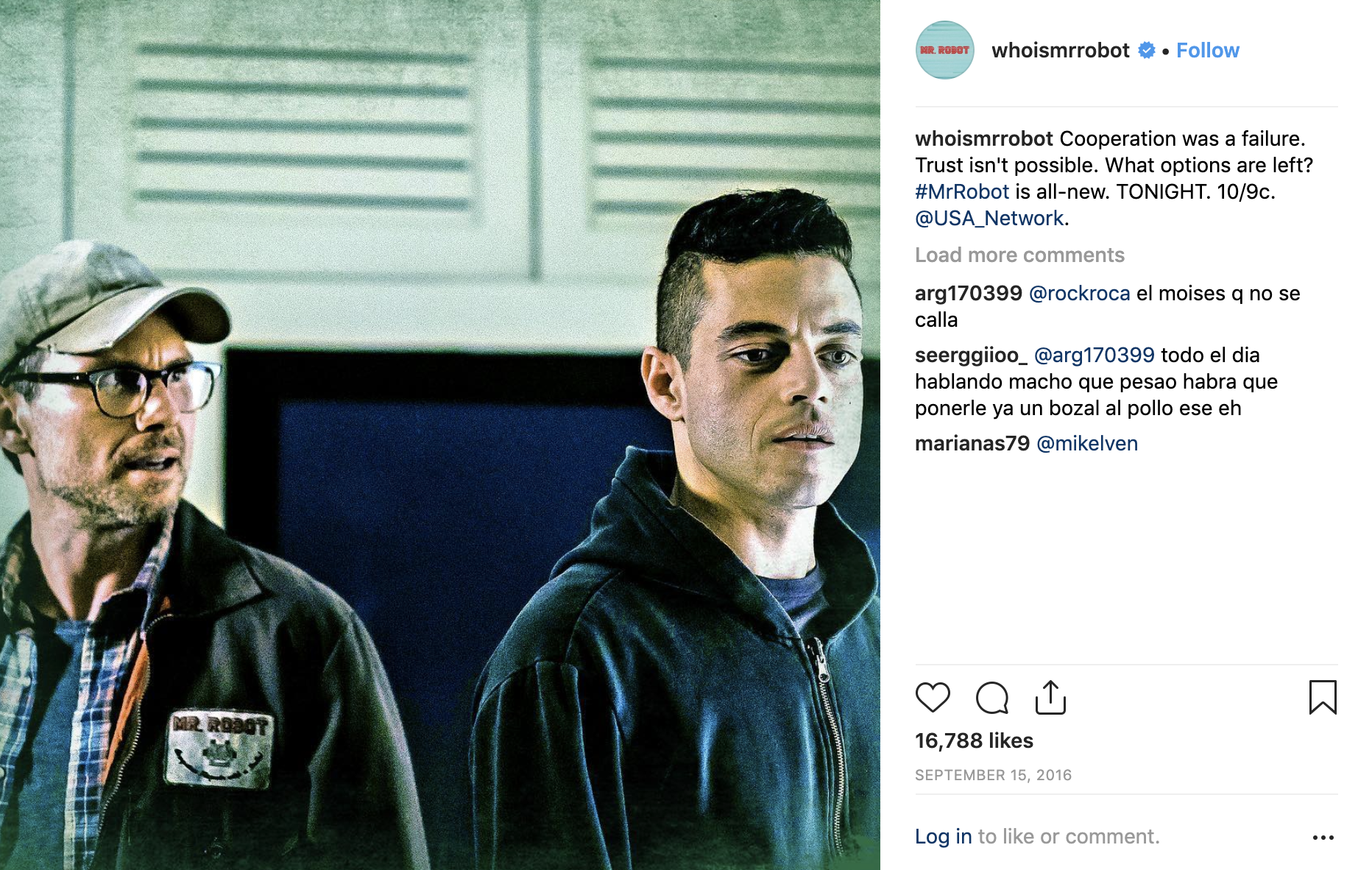 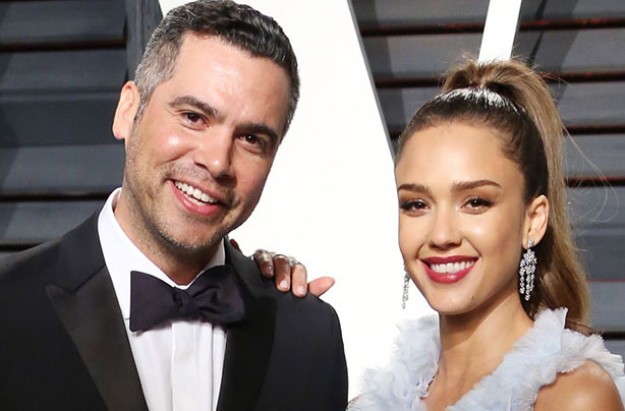