Have you been sexually attracted to a girl at a bar or a colleague who has been giving you the eye for quite a while? But are you scared to approach those attractive women due to the fear of getting turned away by them? You don’t want to ruin your chances with attractive women by approaching them directly and be embarrassed if they don't feel the same way about you. Don’t fret; there are subtle signs which women may give out if they are sexually attracted to you.

Flirting is a form of art, when mastered correctly it will make you the king of seduction and a chick magnet. As a man, your first task is to notice and recognize the signs given out by attractive women towards you. By recognizing these signs, both you and the woman can come to a mutual understanding and enjoy the pleasure which comes with the attraction. According to research, most of men fail to establish contact with women in general by failing to recognize the signs given out by them. Men invest their time, energy and money to woo women but ultimately fail to recognize the ‘interested’ sign given out by them. The first step in attracting the woman you like is to be confident, exude charm and always be mindful of the signs given out by your girl, since most of the women are putty for guys who are confident and aware of their needs and feelings. Here are 20 subtle signs that are given by attractive women when they are sexually attracted to you! 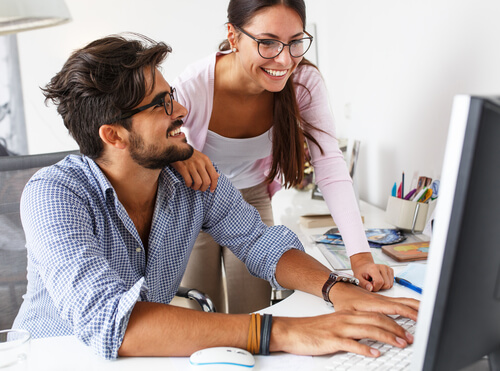 Women who are sexually attracted to you irrespective of being single or married will try to get closer to you to make their feelings known. They will try touching you often when having a conversation with you or try to sit, walk or stand closer to you. They give numerous excuses to touch you but don’t jump to any conclusion. Observe them first. If you notice the woman touching you is constantly try noticing her body language and if you find a repeated pattern, then make a move by reciprocating her touch. If she doesn’t object, then she might be genuinely interested in you.

Does she walk by your desk often? Does she make herself present in the places frequented by you? These are subtle signs exhibited by her body language to show that she is sexually attracted to you. Women who are interested in a man will often make themselves more noticeable to a guy. This is a very clear way of showing their attention and attraction towards you.

Personal questions are a sign of attraction that most of the men seem not to get a hang off. These are questions which come past the usual introduction and getting to 'know you phase'. Try and notice if she is asking a personal question which holds some emotional value to establish good rapport and a bond with you. This is a sure way to find out if the woman is attracted to you since she wants to keep the conversation going though she might be already married.

7. Smiles at you often

Does she often smile at you when you guys bump into each other? Or does she flash a cheeky smile when no one is looking? Don’t fret - smile is a sign of an open indication of her interest towards you and signals the beginning of a friendship (or something more) between the two of you.

8. She laughs at your jokes

Try telling her a joke and notice how she reacts to the joke. Does she agree that your joke is funny by putting her head back and laughs openly? This is a sign which expresses her interest towards you. Eventhough you might crack a dumb joke, she takes interest by intently listening to your joke.

9. Fondles her hair locks when she is sexually attracted

A woman playing, fondling or tossing her hair is showing a sign of her interest towards you. Does she often playfully toss her hair and expose her neck in the process? Does she twirl her hair locks with her fingers when you are near? Did you catch her staring at you and fondling her locks at the same time? If your answer is yes to all these questions. This is a sure sign of her show interested towards having sex with you, approach her and talk to her.

10. She mimics your body language

This doesn’t imply the childish thing which we do to play or irritate others. Women who are attracted to you will always mimic your body language unconsciously. Does she fold her arms when you do the same thing? It is like when you do something she always follows with without thinking about it. It is a sign that she will probably agree to all things you say without any question.

11. A seductive look is one of the signs of sexual attraction

A woman usually stares at you when she finds you handsome and wants to attract your attention. If you can catch her looking at you but she smiles and looks away, she may do this on purpose to kindle your curiosity in her. There are a few signs that women usually give, one of which is the ‘sexy eyes filled with lust’ look, which is a way of showing her showing sexual interest towards you.

12. Bites her lip when looking at you

A post shared by BlueBall Illustrations (@blueball_illustrations) on Sep 24, 2017 at 6:05am PDT

If you catch a woman biting her lips while looking at you or while listening to you, it is an obvious way of showing that she is very much sexually attracted towards you. Lip biting is the one of the strongest sign that a woman sends to arouse you and to portray her interest in having sex with you despite being married to someone else.

A woman who is attracted to you will always act enthusiastic when you are around. The pitch of her voice becomes higher and she seems to be happy being around you. When a woman doesn’t like someone she shows boredom in her voice, her pitch becomes lower and sounds uninterested.

14. Opens up about her sexuality when she is attracted

She does not shy away from expressing her sexual desires and fantasies with you. Only if a woman feels attracted or comfortable with you will she show this side of her. If she tries to engage you in a sexual conversation, this is a subtle way of her letting you know her intention of having sex with you.

15. Tries to hang out with you 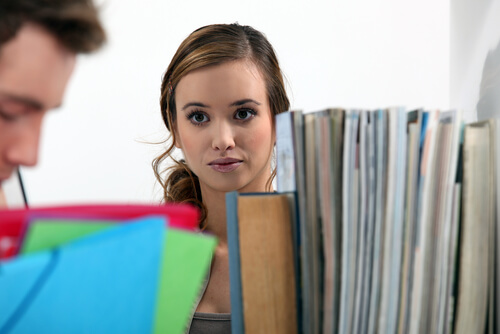 She might be shy to take a straightforward approach and thus tries to hang out with you to make her intentions clear. She might ask you out on coffee dates or lunch dates and express interest in spending time with you during the weekends. This is a subtle sign of her letting you know that she interested in you.

16. The way she moves her legs

Try noticing her legs while talking to her or while she is looking at you. Does she frequently cross and uncross her legs while touching her skirt or dress? If the answer is yes, she has made her intentions clear that she wants to have sex with you. This is her way of showing her physical attraction towards you.

Have you noticed a recent change in her style? She might have had a normal sense of fashion earlier, but during recent times she might have gone an extra mile to add an ‘oomph’ to her look. She might start wearing low cut blouses and shorter skirts. She might start to sashay deliberately in front of you to make her presence known and doesn’t shy away from flaunting her assets or showing some skin.

18. Asks about your past sexual encounters

19. She invites you to her place

If everything falls into place she might end up inviting you to her place to have a drink or to catch up. Don’t make her nervous or be pushy, just go with the flow. It may even turn out to be the best night of your life.

20. She makes the first move

The ultimate sign of showing her sexual attraction towards you is by making the first move. This may occur if you have fail to notice the above mentioned signs. She's done waiting for you to make the first move. She may have decided to take the matter in her hands by making her first move which might be a kiss followed by other things!

On a cautionary note, the steps mentioned above may not work with all girls. So, you should keep your eyes open. Observe the signs that we've discussed and take time to follow them. She might be burning with desire to sleep with you, but your lack of experience in noticing the signs may turn out to be a damp squib. Women express their intentions of having sex with a man in many ways. But ultimately, the ball is in your court to pick up the signals. Decipher them correctly and respond to her.