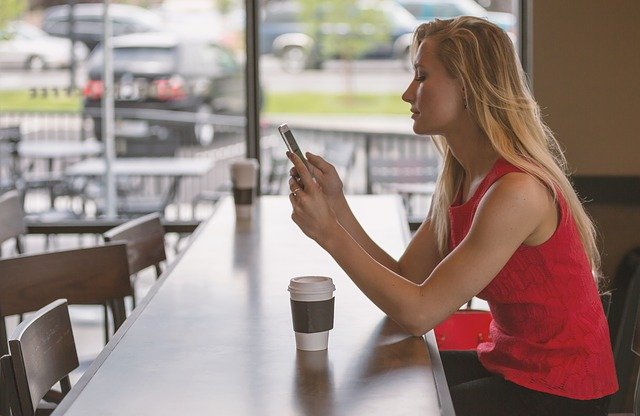 Sexting is when someone sends explicit sex photos, and/or messages, and/or videos via a cell phone, a computer, or any other digital device. Have you been the receiver or the sender of said messages? Any message that includes photos and videos containing explicit or simulated sex acts or nude photos constitutes sexting Sending text messages discussing or proposing sex acts is also sexting. The term sexting was popularized early in the 21st century when the rise of the cameras on phones, and the internet been available in smartphones.

It's true that sexting has become very common among teens (they have early access to smartphones and tablets, social media apps, and messaging), however, they're not the only one's sexting. Among adults, sexting is extremely common, and despite what many people think, it is not just about sex.

Why Do People Engage In Sexting?

Have you asked yourself this question? The answer should be obvious, right? They're looking to get laid and this is a fine way to state their intentions. Men especially have an extremely good imagination when it comes to sex, and sending a sext their way is a sure way to get their motor running. This is usually the case for short-term hookups. Sending racy or naked photos or videos or texts loaded with sexual messages to your hookup is a very direct way to tell them what you want (or at least try).

But according to some research, sexting actually occurs among adults in a committed relationship. An analysis from the Texas Tech University Department of Psychological Science confirmed three different reasons (found in previous research) why people engage in sexting, People are motivated to sext basically because:


The authors of the study found that out of the 160 participants, two-thirds of them (ages 18 to 69), said that they sext for non-sexual reasons, which for the authors demonstrate that while some people engage in sexting they would prefer not to, however, they do it as a means to gain something in return (something tangible and non-sexual), gain affirmation about their relationship, or because they need to relieve some anxiety. 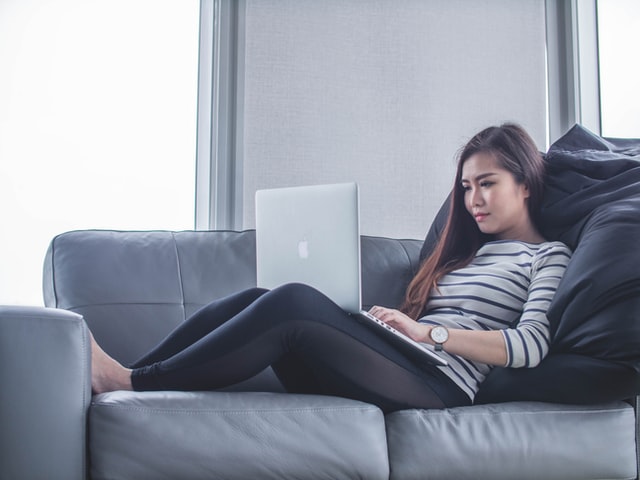 In another study conducted in 2017 and published by the journal of Computers in Human Behavior, the authors conducted the study with a sample of 352 undergraduates students (106 men and 246 women). They found out that 62% of the participants had sent or received a sext. 56% of these, said they engaged in sexting with a committed partner, and 44% said it was with a hook-up or casual partner. They found that men were more likely to engage in sexting with a casual partner while women did it with a committed one.

Sexting in a casual relationship was reported to have negative sexual or emotional consequences because the risk of those messages being shared with other parties was very high. The consequences were more positive when people engaged in sexting when in a committed relationship.

What Kinds Of Sexts Do Men Want?

If you have agreed to engage in sexting but are at a loss on what kinds of sext men want to receive so they have the desired effect, then pay attention because the following could help you. There's a no bigger turn-off than sending a misplaced sext, so you have up your game. What you're aiming for is sending your man sexts in a way that will get what you want.

That's the first thing you need to remember when sexting with your boyfriend. The golden rule is to do and say what you would be comfortable doing in person. So, if you and your guy are already having sweaty, filthy, and kinky sex with lots of dirty talks, it's totally OK to send sexts his way like this one: "I loved feeling your sweat and grind on me last night!" 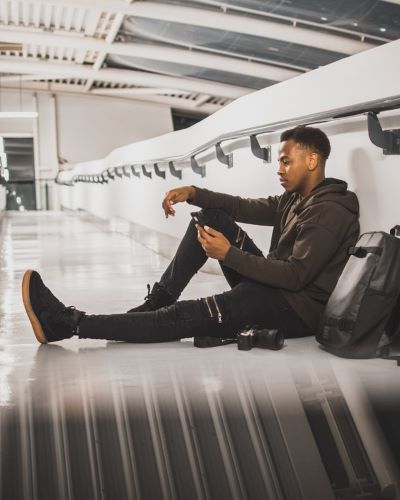 Getting to the point has its advantages, and some guys would like that but don't dismiss the powerful sexting technique of building sexual tension. You'll get better results (that he would also enjoy) by sending him tantalizing, but not totally explicit sexts during the day. This will get him excited and desperate to see you: "I've got a very sexy and kinky surprise for you later."

3. Suggestive photos of you

It's not a secret that men are turn-on by what they see so sending nude pictures of yourself his way is a great way to turn him on. But you can also make him happy (thank God) by sending him pics of you in sexy lingerie or posing in suggestive ways. Just remember that trust here is very important, don't send anything you aren't feeling comfortable with.

4. Sexts with a story 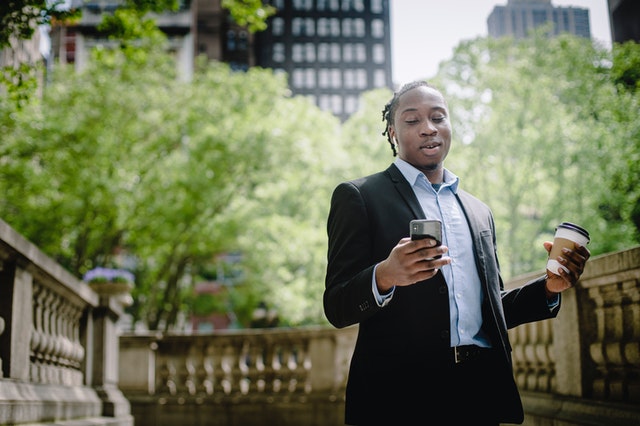 If you're keen on heating things up with your boyfriend and want to tell him what you expect to happen later on when you two are alone, then sending him a sext is a sure way of getting things started. You kind of like to test that waters to see if he's really into you? Start by stimulating the greatest erogenous organ he posses... the brain.

Here are some great sexts to start heating things up. They make for great foreplay so pay attention and don't be afraid or ashamed of putting your own touch to your sexting.

"What are you going to do to me later?"

"Lying in bed and bored. Wish you were here to play Simon Says with me."

"There's something I want to do with you but I'm too shy to text it to you."

"Just got out of the shower and had to text this really sexy guy I know Didn't even have time to put clothes on." 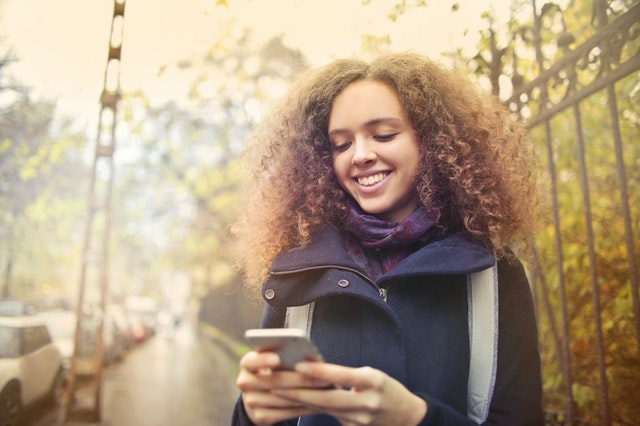 If you're ready to step up your relationship and want to try sexting your boyfriend to let him know you're more than ready to have sex but don't know where to begin... here are some examples that could really spice up your sex life.

"I'm dying to find out if you are as good in real life as you are in my fantasies."

"Just ate dinner, but you wanna come over for dessert? Bring whipped cream and easy-to-remove clothing."

" I think it's time to try that thing we talked about."

"I keep having this recurring dream that you're trying to get me naked...weird."

"Tonight, I'll let you do all the work. We can take it slow but there's one condition, you have to make me scream."

"Remember that crazy thing I told you about that I wanted to try with you... I think tonight might be the night.

"What I need right now: sleep, food, and sex. Except I don't care about the first two."

"8 o´clock. My bed. Don't worry about clothes, I'll be wearing nothing at all."

What Not To Say During Sexting

Sexting can be fun, it's a great way to connect with your significant other and/or spice things up. If you're set on doing it you should know that in order to get it right, sexting requires a balance between blatant sexuality and clever and well-crafted dialogue. So if your communication skills are not quite there and you need guidance to engage in sexting, don't say the following.

Don't answer with a question 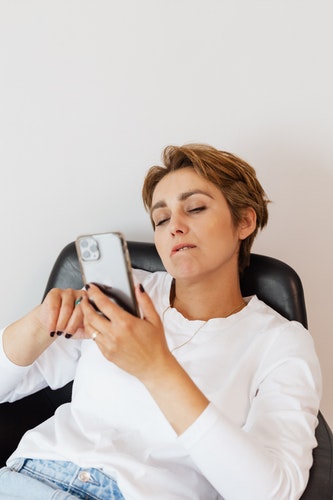 If your guy sexted something to you, then it's because he means it. So don't answer with "Oh yeah?" because you'll kill the mood.

Writing sexts in the form of a concise story is recommended to fuel his imagination, but don't give it to him all in one sext, he could get bored waiting until you finish writing your sext. Send it in parts... let him respond in between, it sets a rhythm that'll be welcome later on.

Scientific names for your genitals

That's a sure way to kill the mood. There is nothing sexy about the scientific name of his crotch-parts. Use the given nicknames that you're comfortable using.

Related Article: Amp Up Your Conversation With These 10 Couples Topics 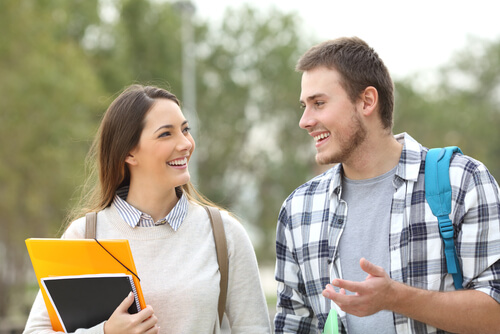 Communication is the essence of a relationship and binds couples together. Read about topics you can use to initiate conversation with your partner.

Sexting is a sure way to fire things up before you meet with your boyfriend. Follow the advice we send your way above and don't be afraid to use a personal touch when sending them.