Firstly, What is The Amazon Position 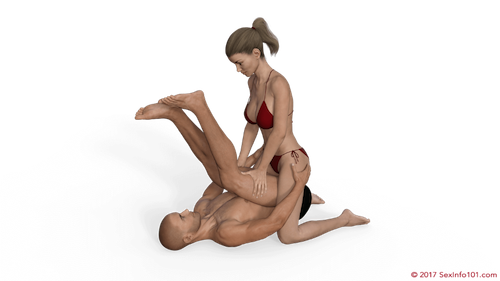 Fancy giving your sex life a little boost? Are you bored with your current repertoire? There's a solution to your problem, try out new sex positions, there are many that can shake things up for the both of you. One of those lesser-known positions is called The Amazon. Have you heard about it? Would you like to give it a try? Ok, good for you! Now if you don't know how to go about it, stick around because we'll give you a quick rundown of what it's about and how to do it right so you'll both enjoy it more.

It's demanding and kind of complex because your man will have to lie down on his back with his knees bent and his legs pressed against his chest while you straddle him. In terms of difficulty, it rates a 7/10. Once you get to the actual position, the rest happens, getting there will feel awkward and kind of difficult, especially if you're trying it for the first time but fortunately, this is one of those things that gets better with lots of practice.

How to Do the Amazon Position 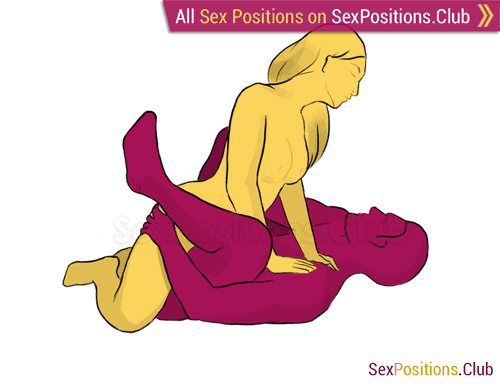 Since The Amazon is not as an amateur position, you'll have to be careful not to hurt your guy's penis (accidentally of course), because it will be bending backward. Ok, so how you do the Amazon position? Your priority when performing this position is to get into position without hurting him while at the same time making sure you're comfortable.

Once he lies on his back with his knees bent, his thighs pressed against his chest and his legs spread widely, you put yourself on top of him, squatting or kneeling over him with your legs apart but with your feet close together. The recommendation is that you get the position right before penetration, you first need to pull it backward and then slide it inside. You need to go gently here to avoid hurting him.

You can make this position more intimate by leaning slightly forward and either holding his legs or putting your hands on his chest. This will give you more support and once you do this he can press his feet against your rear end so he can have more control over your movements.

Take notice of this tricks and tips

If you decide that while performing the Amazon position, squatting is not for you, then try the kneeling variation. This way you will have more support and more room to move, plus it'll feel more intimate because you'll be closer to his face.

In the Amazon position you'll be doing all the work so maybe lean a little bit on his thighs to make it easier for you. He can push you when you get tired. If you get tired (or frustrated because you're not getting it right) then switch to regular cowgirl, where your man unbends his knees and lay his legs out straight.

You need to be prepared for some awkwardness (especially if you and your man don't know each other very well). Even if you do, this position is kind of difficult to get a hang on, so you may need to give it a few tries before getting it right. It'll be worth it, but remember, once you get it right take is slow so you don't hurt him.

The Amazons position's Pros and Cons 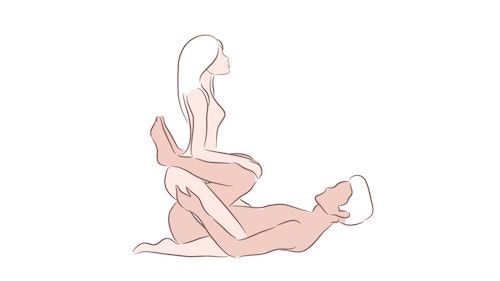 The biggest pro of the Amazon position is that you get to channel your warrior queen and be in charge in the bedroom. You get to hold all the cards since you will be in control of both tempo and depth of penetration. His hands are free to touch you but, all else is in your control. It's a win-win situation because seeing you take control is a total turn on for men in bed.

The con in the Amazon position is that since you'll be doing all the work and you'll be in a challenging position, after a short while, you'll probably get tired. Some women even complain of pain while performing the Amazon so they can't go very long.

The Amazon doesn't allow your man to go very deep, so if he's well endowed down there, this a pro because you'll avoid pain and discomfort while getting stimulated. It becomes a con if your man has a penis size issue because you won't be able to manage the Amazon. 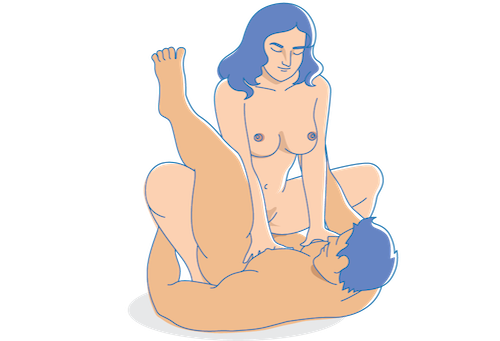 There are many lesser-known sex positions you can try to spice things up in the bedroom. Maybe you have heard about some of them but haven't tried them yet. Ready to add to your repertoire? Maybe some will prove very challenging and you will not master them but we're sure you'll have fun getting there.

Here are 6 lesser-known sex positions to help keep things interesting in the bedroom with your man. 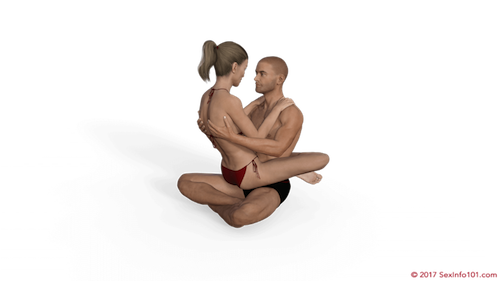 This is not a "hardcore" sex position, it's actually a very intimate one. Sometimes it is also known as the Lotus Blossom position, it will require a little bit of flexibility from both of you but it's pretty easy to do. To get into the Lotus position, your guy needs to sit down with his legs crossed and pulled closed in front of him (much like in the traditional yoga pose). Once he's in position, you need to sit on his crotch facing him. You then wrap your arms and legs around his back holding him tightly so you can pull him completely into you. His arms will wrap around you too, holding you tight.

The moving range in the Lotus position is very reduced, your man's position makes the range of movement rather restricted, so you'll both need time to get the rhythm down. Since thrust is very difficult in this sex position you can both do a lot of grinding and/or rocking motions. Start slow and see how it goes from there. 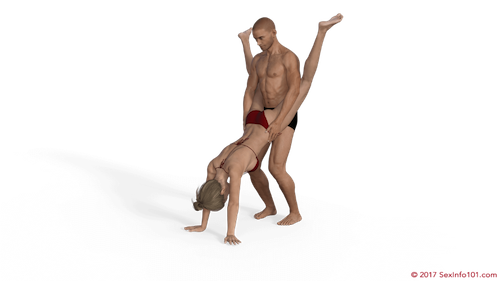 Ok, the Wheelbarrow position is more a test of strength than a fun and enjoyable one, but it doesn't mean that you shouldn't try it once to really spice up your sex life (also there are variations for this position). Remember when you were in school and you had wheelbarrow races? Well, this is the adult-sexy version.

When you perform the Wheelbarrow position you'll be facing the ground and a large part of your weight will be on your hands, your arms will be extended. Your guy will stand between your legs and will hold them while you walk forward. You'll find that your arms and legs will get tired pretty quickly. You need to basically maintain your balance while your guy is thrusting in and out. To make it more comfortable and less tiring your mand should lean forward and put his hands in your waist to help you hold up or he can put a pillow under your waist. 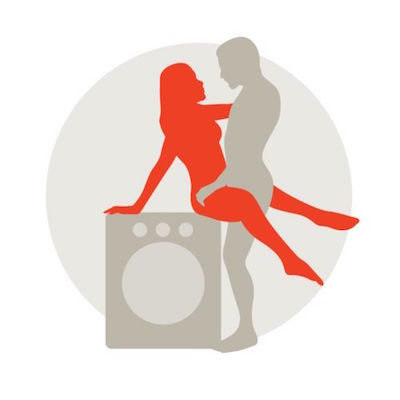 If you're feeling a little adventurous then you should give the Washing Machine sex position a try. It is also called the Sit ´N¨ Spin and in this case, you won't need flexibility, strength or balance, all you'll need is a washing machine or a dryer. There are two versions of this sex position. One, you get to sit on the machine while it's on the spin cycle and your man will enter you while standing in front of you. You'll be stimulated by him and by the machine's vibration.

Two, your man sits on the machine with his feet hanging over the edge, you then straddle him like in the Cowgirl position with your knees on either side of his hips or you can wrap your legs around him for a more intimate feel. Start the spin cycle again and enjoy,

4. The Twisted Kneeling Scissors Position aka The Pretzel 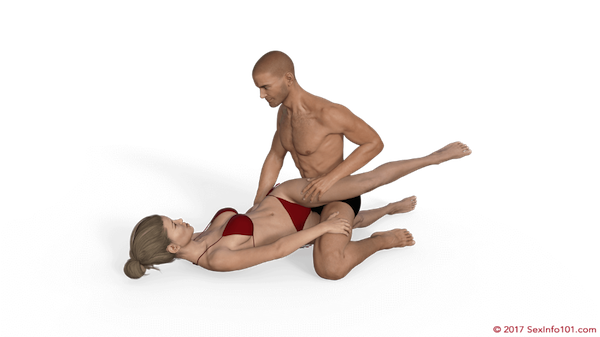 The Pretzel is a variation of the Kneeling Scissors position, it's an enjoyable position with him on top. You relax and he does all the work. You lay on your side, much like you'll do in the recovery position, then you need to raise your leg a little bit toward your chest. Your arm on the front to stay in position, your lower leg stays straight. He then kneels facing you and straddles your straight leg and remaining upward he thrust into you. You can try the Pretzel in both directions and test which one works better for both of you. 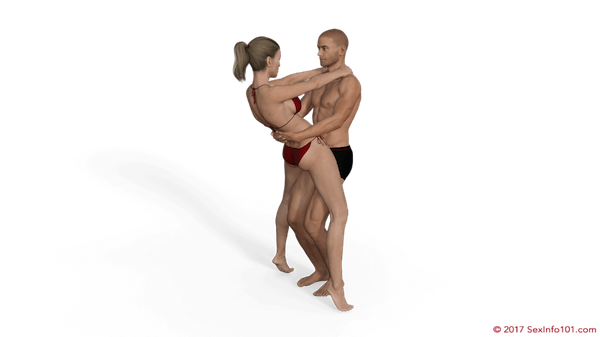 The Dancer position requires a lot of leg strength and is a very intimate one. It's very similar to the Balerina but requires less flexibility. You both need to be standing straight upright and facing each other Lift one leg so your guy can hold at his side or if you're flexible and strong enough, you can wrap it around his waist. You can hold each other tight and look straight in the eyes, to add more intimacy to the position you can wrap your arms around his waist. You can switch your legs if you get tired. 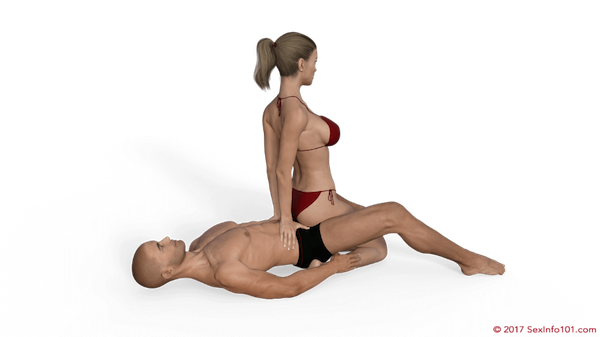 The Open Rodeo is a twist of the Cowgirl and it's great when you want to take control during sex. He needs to lie down on the bed on his back with his legs slightly bent, in the Open Rodeo his legs are spread open. You then stand over him facing his feet and sit down on top of him with your knees tucked under his legs. Place your hands on his waist for support when you move up and down. The position of your legs will allow for an increase in penetration depth.

Related Article: 15 Bedroom Skills To Drive A Guy Crazy And Have Awesome Sex 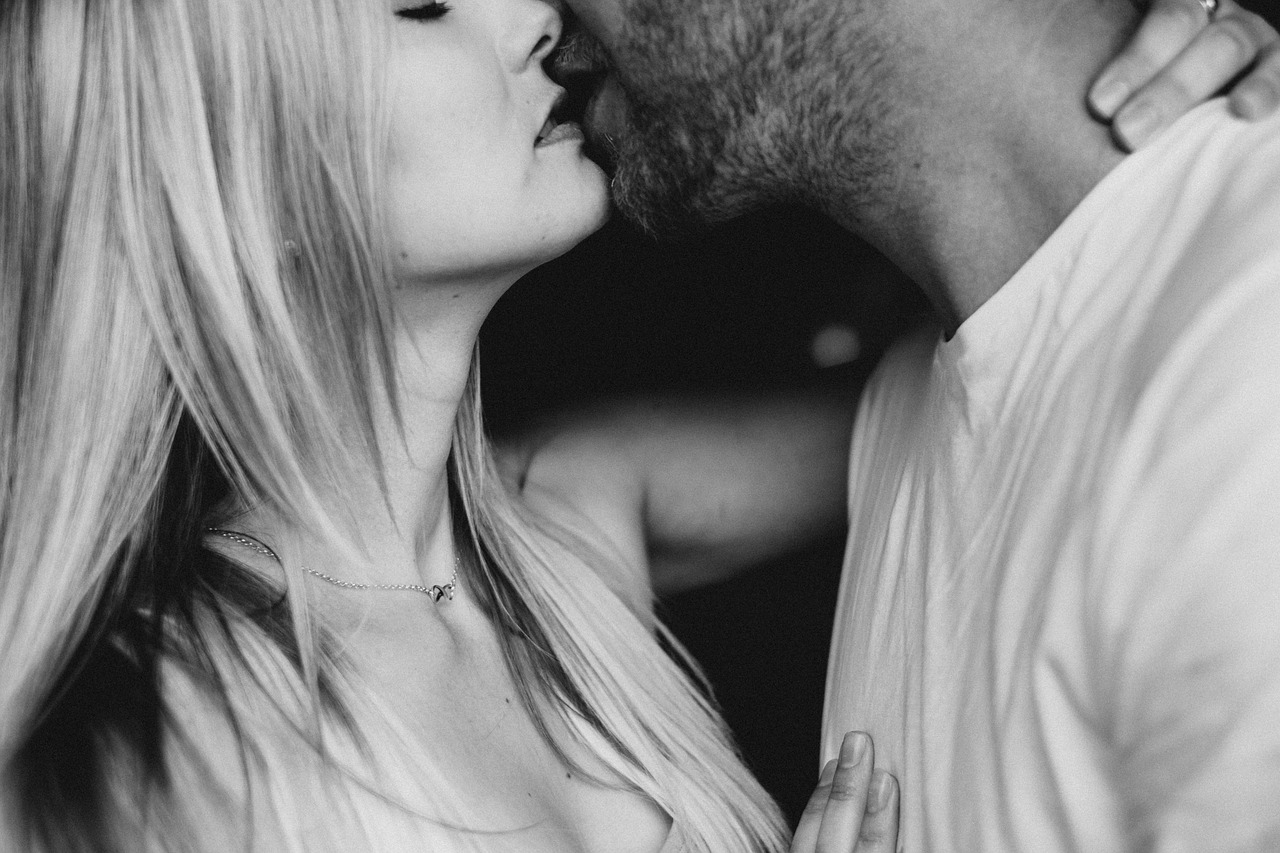 Bedroom skills so good that he wants you again and again 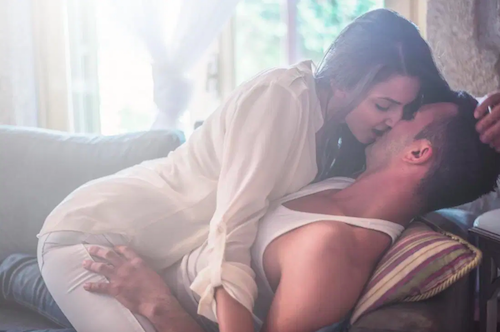 Now you have no excuse to get bored in the bedroom with your man, you can add to your sexy-time repertoire these sex positions and spice up things. Start with the Amazon position and then try a couple more, if you don't get them right on your first try then... practice, practice, practice.