What Is Unspoken Attraction? What Is Its Difference From Unspoken Tension? 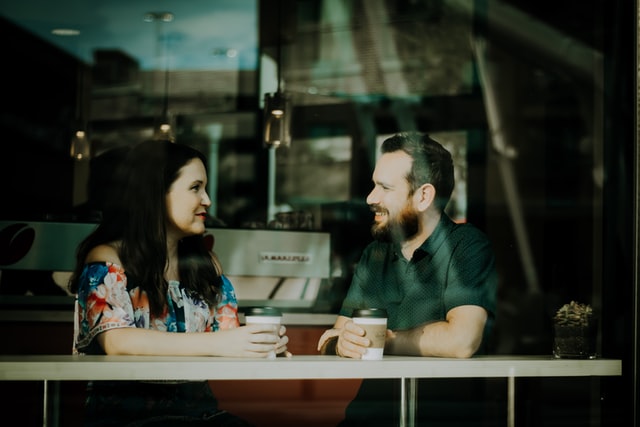 Have you wondered if that guy from work feels attracted to you? Or is it just one-sided? It's frustrating, right? Feeling that attraction and not being able to voice it for fear of rejection because you're not 100% sure that it's reciprocated. You're in front of a case of unspoken attraction: two people who really like each other but are afraid to say something because they're terrified of being rejected so they hold back confessing all that they're feeling.

How Do You Know When There Is Unspoken Sexual Tension? 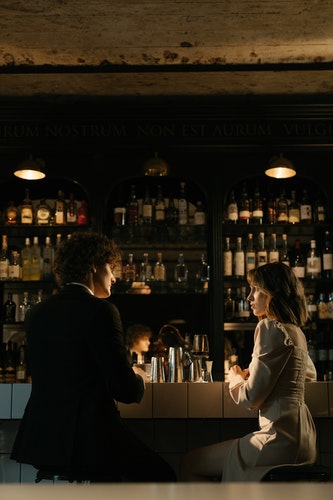 OK, so you think there's an unspoken sexual tension with your crush at work but you're not sure if it's one-sided or if it's reciprocated. On the positive side, feeling it is making you feel exhilarated and it's making your heart all a-flutter. On the negative side, you're having a very difficult time figuring if he's feeling said sexual tension. You don't want to say something or act on the sexual tension because you may have it wrong and you don't think your ego is going to endure it,

You know there's chemistry when you can't keep your eyes from each other. You're constantly locking eyes, whether you're alone or in a place full of people. So if you find yourselves gazing into each other's eyes for prolonged periods (a bit longer than normal), it could be due to unspoken sexual tension.

It seems that all of a sudden you forget all your words, so conversation feels very awkward because both of you are trying to come up with something witty to say but nothing comes out. So there are a lot of pauses and silences filled with tension.

If your hand brushes against his hand while reaching for the same thing and it sets your imagination into overdrive plus it feels like a lightning strike, that's also a sign of unspoken sexual tension. Whenever you're close you'll want to lean into each other and stay as close as possible. Also, when you're hanging out in a group you always work it so that you end wind up next to each other. 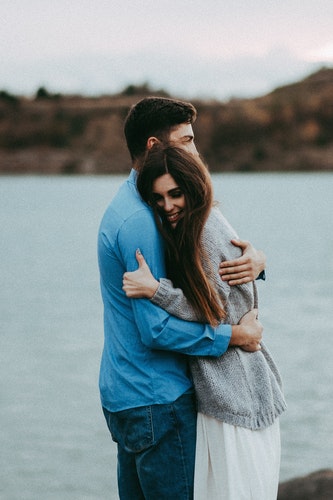 Hugs between friends are not lingering, they're just a couple of  Mississipi's but when there's unspoken sexual tension, the hugs definitely last more than that, you both can't help it.

5. There are times when you're almost sure he wants you to kiss him

Sometimes while you're talking, there are pauses that make you feel like you should start making out... you know that look a guy gets when he wants the girl to start a make-out session? If you've noticed this happening and getting the same vibe from you, there's definitely sexual tension between both of you.

6. Your voices change when you speak with each other

How Do You Know If Someone Thinks About You Sexually?

Ok, so you really like this guy but you're still not sure how he feels about you. Is he thinking about you sexually? Or is it only wishful thinking on your side? There are so many feelings and emotions going on inside you, butterflies start invading your stomach each time you're near him... what can you do to put an end to this uncertainty? Well, you could sit down and wait for him to say something but you could be waiting forever...

The good news is you can't fake sexual attraction, there are some signs that are going to give you up. So, if he's thinking about you sexually instead of wondering start paying attention and look for the following signs.

1. He stays very close to you

When you're near each other, he likes to stand mere inches from you, like glue. His body language is saying the closer the better. He can't seem to get enough of you... that's a great sign he's attracted to you sexually.

2. He finds excuse to touch you 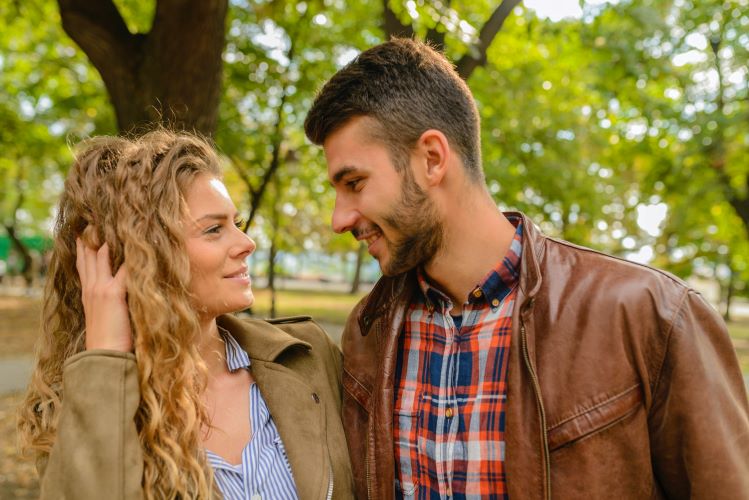 Not in a perverted way, though. If he wants you, he'll find excuses to subtlety touch you. For example, he may stop the conversation to tell you that you have an eyelash stuck on your cheek (it may or may not be true), so he'll ask if he can get it with his fingers. Or he may accidentally bump your knee with his under that table and then leave it there.

Eye contact is everything, you can say a lot with your eyes. So if he's giving you intense eye contact, he's totally into you. Pay attention to how many times he locks eyes with you, and next time maybe wink at him and see his reaction.

4. He licks his lips

Yes, lip licking in a very subtle way means he's thinking about you sexually. When a guy licks his lips, he likes you, it's something instinctual so he may not even notice it but now that you know... you can do something about it, right?

5. He touches his chin a lot

It may be a nervous tic but it can also be a sign he's attracted to you sexually. If he wears a beard, he may be (unconsciously) grooming himself for you. So, if his hands wander a lot to his face... you either make him nervous or he's telling you he's attracted. 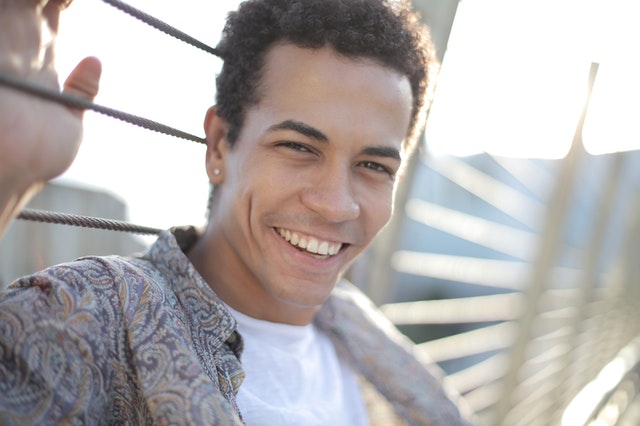 When a guy smiles your way a lot, he's interested. A smile goes a long way and it's the most desirable trait women want in a man. However, there are different types of smiles, so you have to pay attention, what kind he's giving you... if it's the I'm-imagining-you-without-clothes smiles then you have your answer.

How Do You Know If The Other Person Wants To Act Upon That Sexual Tension?

If there's sexual tension between you and your co-worker and you're both unattached and ready to rumble then maybe he's thinking about acting upon the sexual tension. How do you know for sure this is what he's aiming for?

1. He's assessing if you're reciprocating many or most of the signs above

He's texting you more, not waiting for you to text him first. When you talk, the looks are smoldering and sometimes there are awkward moments... every time you're together he stands very close to you and doesn't move at all. He's checking out if you're reciprocating all his moves. This means he's ready to act and you better be ready.

2. He's centered his attention only on you

If he's not showing interest in any other female around you and is centered on amping the sexual tension between you two, he may be ready to act upon it too. 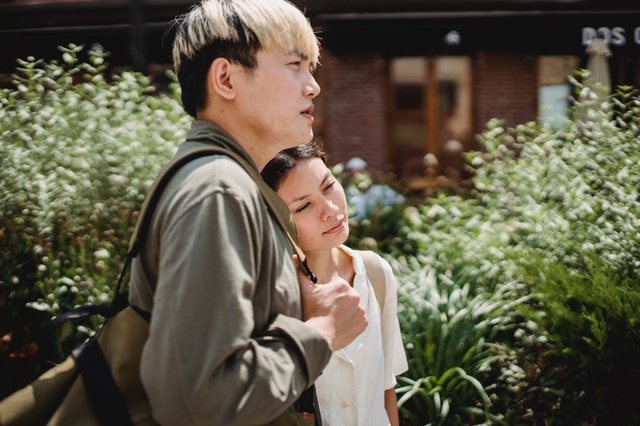 He's subtlely trying to move things further... instead of just placing his hand on your arm, he's leaning over to put his head on your shoulder and then holding your hand.

What To Do If You Know That There's Unspoken Sexual Tension?

What to do when there's unspoken sexual tension? Well, that depends on what you want out of the situation. The truth is that having sexual tension with someone doesn't mean that you have to act on it, or that you can cross lines, that are better left uncrossed.

If you want to pursue it and see how things go, then you can start testing the waters by reciprocating the signs. If he gets the messages and reciprocates then go with the flow. If he doesn't make a move after you've sent your own signals, then reassess the situation.  Don't force anything on someone who doesn't want your affection.

You can feel sexual tension even when one of both of you are not single. This doesn't mean that you have to end your current relationship... you need to stop and think and most importantly don't let your sexual desire take control over your senses. Don't make any decisions based on this because you may regret them later on. 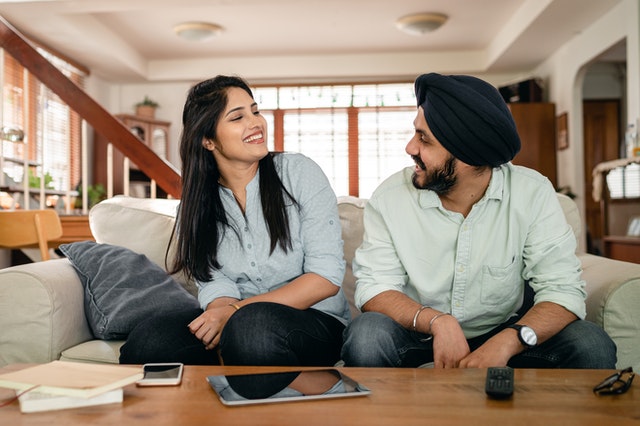 Unspoken sexual tension involves chemistry. There's got to be chemistry between two people to feel it. That means they like you on some level, even if it's only a superficial one. If things progress and you both decide to act on the sexual tension, it could lead to a relationship and something more meaningful.

Related Article: 25 Signs Of Sexual Tension - Is Your Sex Drive Out Of Control? 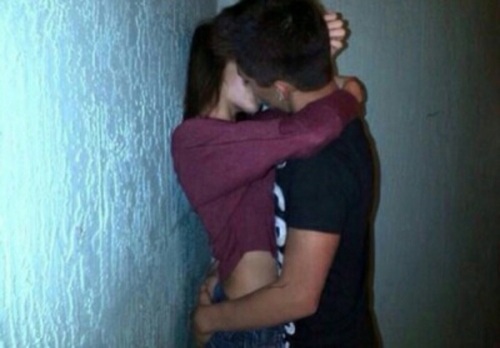