Who is Reed Van Dyk? 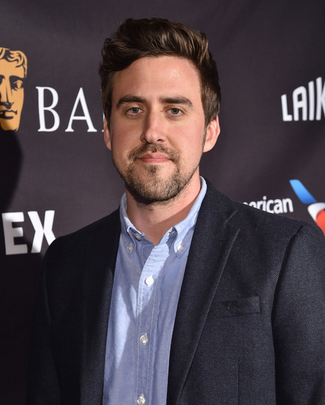 Have you watched DeKalb Elementary? You need to watch this amazing documentary produced by up and coming director Reed Van Dyk. It’s one of the most recommended short films of 2017 and it was nominated for Oscar 2018. For his incredible filmwork, Van was nominated for the Academy Award for Best Short Film(Live Action). We don’t get to see the faces of film producers and directors most of the time, but you can check out Van Dyk on his Instagram account. He is also the director of several other films like “Nasty Hardcorexxx Amateur Couple,” and “Hung Up.” No wonder he was nominated for the Academy Award for Best Short Film(Live Action). He's rather talented for someone so young and he's good at what he does but who exactly is Reed Van Dyk? Reed van Dyk is a director currently living in Los Angeles, California. He started his career as a kid actor in New York City acting on Broadway and in off-Broadway theater. Immediately after he high school graduation, Van Dyk abandoned acting up his acceptance at Cornell University where he graduated with a BA degree. Van Dyk's first film was “The Conservatory,” and it won the First Place Student Emmy Award for “Best Comedy.” Dyk’s second film, “Nasty Hardcorexxx Amateur Couple” was premiered at the Melbourne International Film Festival in 2014, playing directly before the Sundance hit, “Obvious Child.” His has done other films including 'Hung Up,' as well as 'DeKalb Elementary' which premiered at the 2017 Clermont Ferrand ISFF.

'DeKalb Elementary' is a short film narrating the story of about DeKalb Elementary School in Atlanta, Georgia. The film tells the story of a school secretary who talked down a gunman and cooled him down before a tragedy unfolded. Van Dyk directed the film so well that it was nominated for an Oscar 2018. The film replays an incident that happened in the school when Michael Brandon Hill broke into Ronald E. McNair Discovery Learning Academy holding an AK-47. He fired on the ground and told the school officials that he wasn’t afraid to die. The bookkeeper of the school, Antoinette Tuff calmed him down and said to him that he loved him. She offered to go outside with him and so he could surrender to the police without being shot. The frightening moment that happened back in 2013 led to the creation of the short film 'DeKalb Elementary.' It’s one of the best films by Reed Van Dyk so far and it's led him to be nominated for various awards including the Oscar 2018. Tuff went on to write her memoir “Prepared for a Purpose” which talked about the event which led her to become an in-demand speaker. She still does motivational speaking on her Instagram handle and she makes a little net worth from that. The nomination of the film came just after a school shooting incident in Kentucky.

Dyk took the opportunity to make the film amid several attacks in schools and even hotels by lone shooters. America has had several cases like those and they are really affecting the state of security. The film also seemed that love extended beyond race. The bookkeeper was a black woman while the attacker was a white man. Tuff’s move proved that there was still some people who would put their lives on the line to save a criminal’s life.

The Motive of the Film

The film was an eye-opener. From the incident, people knew that by showing the attackers they care about their well-being could perhaps save their lives and the life of the criminal. Most criminals cause this type of harm to others because they think that the community doesn’t care about them. They feel hated by everyone around them and tend to be sad in their current situation. This often results in cold deeds that cause harm to innocent bystanders.

Facts about the director

Thanks to @PrincessGraceUS for their generous support and a beautiful celebration of this year's award winners in theater, dance, and film. pic.twitter.com/9Iatzb2VzP

He Felt Good after he was Nominated for an Oscar

Van Dyk felt good when he learned he had been nominated for an Oscar 2018. He is quoted as saying "I don't know what to say! It's really cool. The ceremony should be fun. It's great to share "De Kalb Elementary with more people now, as the film will get released with the other Oscar shorts in theaters. That's one of the biggest thrills of all this, to get people all across the country to see it." It sounds as though Van Dyk is well on his way to Hollywood Stardom!

Working in Theater Prepared Him for the Film

My short DEKALB ELEMENTARY won the Grand Prix at the Clermont Ferrand International Film Festival.Thanks to the cast and crew's hard work! pic.twitter.com/paNcUOlRZU

Reed Van Dyk’s exposure to the rehearsal process and working with other actors as an actor while in high school and a bubbling director while in college worked to his advantage. The exposure to the process and being helpful to actors is what he carried over to his film. Van Dyk acknowledged that indeed the difference between acting and directing is the camera and so what he learned in college was how to use a camera to narrate the story.

He gets his actors from IMDB

It took Van Dyk a long time to find the actors for his film, “DeKalb Elementary.” He looked at IMDB and watched a couple of films to find the right actors. He found Bo Mitchell from the film, “Palo Alto.” Van Dyk also found Tarra Riggs who appeared “The Help.” He cast both of them via Skype and hired them. He always does this with diligence to find the people he thinks have the essence to do the best possible job in the films that he directs.

His Overall Net Worth

Reed Van Dyk’s net worth is still under wraps but obviously he's made quite the name for himself! 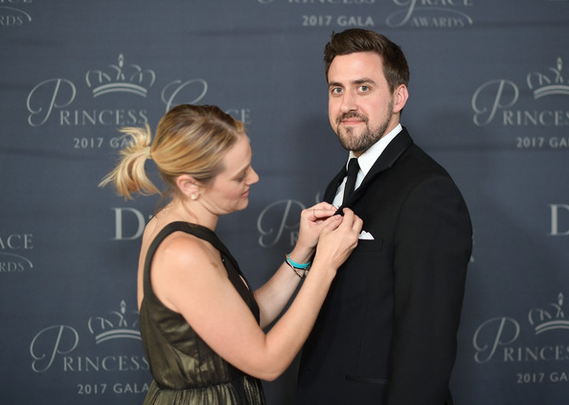 A short film is a visual way of telling a story, and Van Dyk is so good at that. We hope that he will win the Oscar 2018 for his film, 'De Kalb Elementary.'