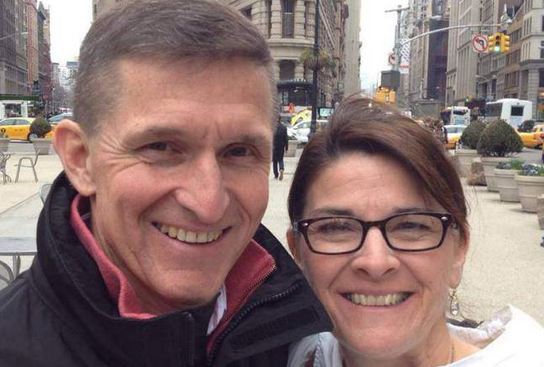 If you are a person who follows up on American politics, then you would slap yourself in the face not knowing who Michael Flynn is. He has a wife known as Lori Andrade. Flynn is a retired US Army Lieutenant General who served in the military for 33 years - from 1981 to 2014. Andrade’s husband served as Donald Trump’s security advisor briefly in January 2017. Later that year, Flynn pleaded guilty to lying to the FBI. What role was his wife, Lori Andrade playing? All the time during Michael Flynn’s trial, Andrade was behind her supporting him. And who is Lori Andrade? Not much of Andrade is known except that she met her husband Flynn in high school and they fell in love since then. Flynn and his wife Andrade have two adult sons, Michael Flynn Jr. and Matt Flynn. Flynn has been married to Andrade for over 30 years making Lori Andrade an expert military wife because of not many hold to their military husbands so long. Flynn has nothing else to say about his wife, Andrade except to praise him for her support all those years. Andrade played a supportive role as Flynn got deployed from one place to another. Andrade played the role of a mother, a father, coach, teacher and at other times, the taxi driver of not only their sons but also the other military families that needed her assistance. Andrade has always been ready to volunteer her free time to help others, and that touched Flynn very much and made him love him more. Lori Andrade has been married to Michael Flynn since May 1981 according to her Facebook profile, and she studied at Middleton High School in Rhode Island. Don’t ask where Flynn attended high school!

The family is bonded together

Flynn and his wife Andrade are still romantic like teenagers. The couple often goes to watch football together and both support Patriots. Flynn and Andrade are already grandparents and they have posted their photos with their grandchildren on their respective Facebook pages and Twitter accounts. Their sons Flynn Jr. and Matt Flynn are active on Instagram and Twitter. Michael Flynn Jr. is the Chief of staff at the family’s company, Flynn Intel Group, which Flynn is the CEO. Flynn Intel Group provides highest quality services to industries across the world and even governments. The family has a military history. Andrade’s father in law, Charles Flynn served in the WWII and South Korea. Andrade’s brother in law Charlie Flynn was in the military as well. The mother of Flynn brothers said that they grew up as great friends and used to do the same stuff perfecting in athletics. Andrade’s husband and the brother in law were the first Rhode Islanders to serve as army generals at the same time. Flynn was known to be a critic of Barrack Obama and his tenure. Flynn with the assistance of his wife, Lori Andrade authored the book titled “The Field of Fight.”

She has some strong ties to Rhode Island 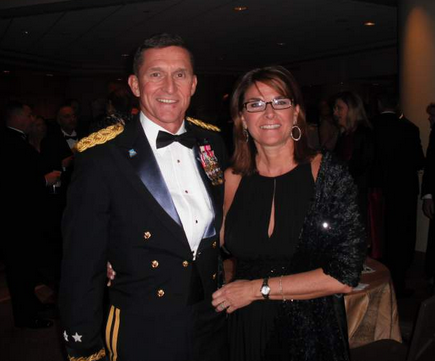 In 2017, USA Today revealed that Andrade, just like her husband, is well known in her community living in Rhode Island. A retired army colonel, Tom Heaney who is a friend of Andrade said that she is very active in the community and Andrade is busy most of the time in and out of the community. He added that there were people who would go for years without coming to check on the community but Heaney and some of his friends were still there and all they wanted was to keep Lori Andrade and Flynn out of the spotlight. Andrade was born in Middletown and raised there. Andrade’s family was prominent and has firm Portuguese roots. The family originated from Aquidneck Island, but Andrade knows that Rode Island is her home and she enjoys being around. 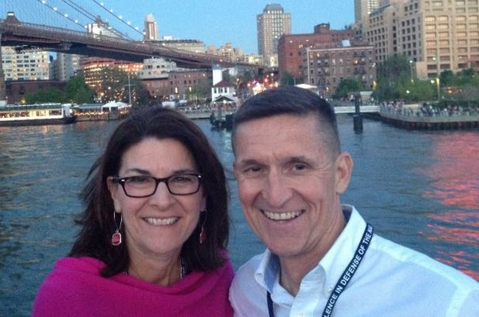 Flynn’s family loves Andrade. Lori Andrade has been a due very supportive wife for they brother for a very long time. But that’s not the only reason they love Andrade. Flynn’s wife, Andrade has been a strong military life and the sister to her husband said that she deserves credit for being so supportive. She told The New Port Daily News that Andrade was there during her brother’s decorated military service and Andrade deserved much praise for the patience she exercised and her willpower. Clare Flynn added that she gave Andrade a lot of credit for being one of the strongest military wives.

She has kept low profile since Flynn’s resignation

Due to pressure from her controversial case, Flynn resigned in February 2017 and retreated with his wife, Andrade to his hometown. He had not even lasted in office for two days. USA Today then reported that Flynn, his brothers and wife, Andrade were seen playing golf at Montaup Country club, taking photos for their Instagram, and taking dinner at Bowen’s. The Providence Journal wanted to speak with Flynn about the scandal but was turned down by Andrade herself.

Lori Andrade’s net worth is not known. Her husband, Michael Flynn has a net worth of $8 million. 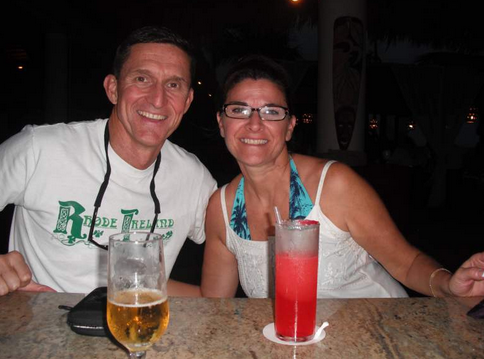 Women give up on their military partners when they are deployed to war zones because they think they might not return alive. Andrade was different. She held on all along and now she is the best thing that ever happened to Flynn.