Who is Steven Bochco, the deceased actor?

Steven Ronald Bochco was born on December 16, 1943, and he died on April 1, 2018. He was a renowned television producer and writer. During his lifetime, Bochco had developed some television series, including Hill Street Blues, Over There, L.A. Law, Doogie Howser, M.D., and NYPD Blue. Bochco was born in a Jewish family in New York City to parents Mimi, a painter, and Rudolph Bochco, a concert violinist. Bochco studied at the Manhattan at the High School of Music and Art. His elder sister is the famous actress Joanna Frank. In 1961, he entered the Carnegie Institute of Technology in Pittsburgh to study playwriting and theater. He went on to graduate with a Bachelor of Fine Arts (BFA) degree in Theater in 1966. While there, he also earned an MCA Writing Fellowship. In 1970, Bochco married actress Barbara Bosson. She appeared as a regular on 'Hill Street Blues' which was his television series. The couple had two children before divorcing in 1997. Sometime later, he married to Dayna Kalins on August 12th, 2000. His son Jesse Bochco, by his first wife Barbara Bosson, was a producer/director on NYPD Blue and also directed the pilot episode of 'Raising the Bar.' 'Raising the Bar' was an American legal drama created by Steven Bochco and David Feige, which ran on TNT network from September 1, 2008, to December 24, 2009. Jesse Bochco also appeared on the television series, 'Hill Street Blues.' Jesse Bochco has directed numerous episodes of his father's shows, including NYPD Blue, Philly, and Over There. Bochco was the executive producer of the TV movie 'Hollis & Rae' released in the year 2006. The plot of 'Hollis & Rae' centered around two best friends, a detective and a prosecuting attorney, who tackle criminal cases together in a small southern town. Bochco was also the executive producer of the television series, 'Commander in Chief.' 'Commander in Chief' is an American drama television series that focused on the fictional administration and family of Mackenzie Allen, the first female President of the United States, who ascends to the post from the Vice Presidency. Bochco was diagnosed with leukemia in 2014, and he required a bone marrow transplant later that year. He could not fight the disease for long and passed away on April 1, 2018.

Steven Bochco, the creator of hit series such as “Hill Street Blues” and “NYPD Blue,” died on April 1st, 2018. He was battling leukemia. He died in his sleep. Bochco is survived by his wife, Dayna Kalins and three children. Let's have a look at his personal life in depth. Bochco was married twice before, to Barbara Bosson in 1969 and Gabrielle Levin in 1964. Bochco married his third wife, Dayna Kalins, in August 2000 at their Los Angeles home, in an intimate ceremony, inviting only family and close friends. At the time, Dayna Kalins was the president of his television production company 'Steven Bochco Productions.' Dayna Kalins had produced the medical drama 'City of Angels' as well as several others. Dayna Ann Kalins was born on June 10th, 1949 in San Diego, California. She remained married to her husband Bochco until his death. Currently, Kalins is head of Steven Bochco Productions. Dayna Kalins is the stepmother of Jesse Bochco and Melissa Bochco, and sister-in-law of Joanna Frank and Alan Rachins. Kalins is a strong lady who has always advocated for the environment. She accompanied a group of ladies who marched into former California Senator Barbara Boxer’s office in 2007 to demand that a bill on global warming be passed. During the meeting, Kalins proudly declared that she owned a fully automatic hybrid vehicle and is thereby doing her part in saving the planet. “I pimped my Prius!” Kalins said, in the interview. “It’s got waves on the side, pinstripes and chrome rims that look like cabochon sapphires.” Steven Bochco's second wife was Barbara Bosson, whom he met while studying at Carnegie Mellon University in Pittsburgh, Pennsylvania. They got married in 1969, and both of them have two children together — daughter Mellissa and son Jesse. Although Barbara Bosson starred in movies like “Bullitt,” “The Love God?” and “Mame,” she found greater fame for her role of Fay Furillo in the 1980's NBC television series, 'Hill Street Blues,' which was co-created by her then-husband, Bochco. Bosson later went on to star in two other series created by her husband namely, “L.A. Law, Murder One” and “Cop Rock.” The couple split in 1997 and filed for divorce the following year citing irreconcilable differences. Bochco married Gabrielle Levin in September 1964. Sadly, the marriage did not last long. The couple divorced in 1969. No other details are available regarding their marriage. 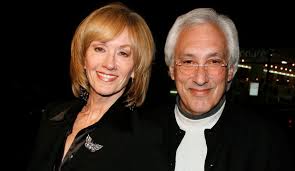 Net worth of Dayna Kalins

Steven Bochco was a very rich man. He amassed a net worth of $150 million dollars in his life. The net worth of his wife, Dayna Kalins, is currently unknown.

RIP #StevenBochco. His shows (namely #NYPDBlue) got me through seminary when god couldn't. ❤️