Who is Jennifer Westfeldt? Is she Jon Hamm's wife? 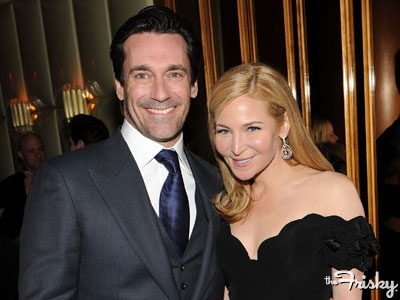 Jennifer Westfeldt is an award-winning actress, writer, director and producer. She had an 18-year-relationship with Jon Hamm that ended in 2015. Although they were committed partners, the couple never married or had children. Westfeldt was born in Connecticut in 1970, making her 48 years old today. She grew up in Connecticut, where she also attended Yale University. After starring in several plays in New York, she moved to Los Angeles in 1997, where her career took off. That year, she and writing partner Heather Juergensen, wrote a play together. Called ‘Lipschtick: The Story of Two Women Seeking the Perfect Shade,’ it caught the attention of film producers, and was soon turned into the film ‘Kissing Jessica Stein.’

'Kissing Jessica' and 'Two Guys, a Girl and a Pizza Place' 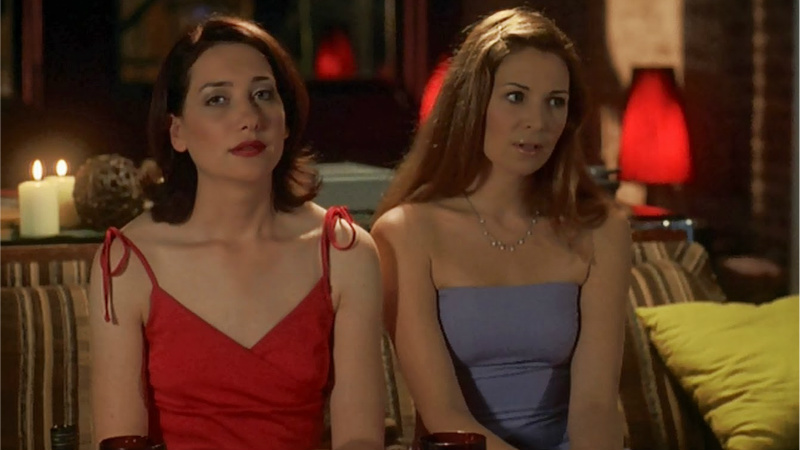 Westfeldt and Juergensen reprised their starring roles in ‘Lipschtick’ in ‘Kissing Jessica Stein.’ The film was released in 2001 to rave reviews. Westfeldt plays Jessica, a woman searching for the perfect man, who finds herself falling for a female friend instead. The film was a huge hit on the festival circuit. Juergensen and Westfeldt were nominated for a Film Independent Spirit Award for writing ‘Kissing Jessica Stein,’ as well as Westfeldt winning a Satellite Award for Best Actress in 2003. Her costar, Tovah Feldshuh also won a Satellite Award for Best Supporting Actress for playing Jessica's mother. In 1997, Westfeldt was also cast a series regular in the first season of the ABC sitcom ‘Two Guys, a Girl and a Pizza Place.’ She was in a few episodes of the second season, but her character was then written out of the show. The series was called ‘Two Guys, a Girl and a Pizza Place’ for the first two seasons, and then switched to ‘Two Guys and a Girl’ for the last two season. ‘Two Guys, a Girl and a Pizza Place’ also starred Ryan Reynolds, Richard Ruccolo and Traylor Howard. In 1998, she was cast as a series regular on ‘Holding the Baby,’ but the show was cancelled after one season, and ended in 1999.

Broadway debut and other stage work 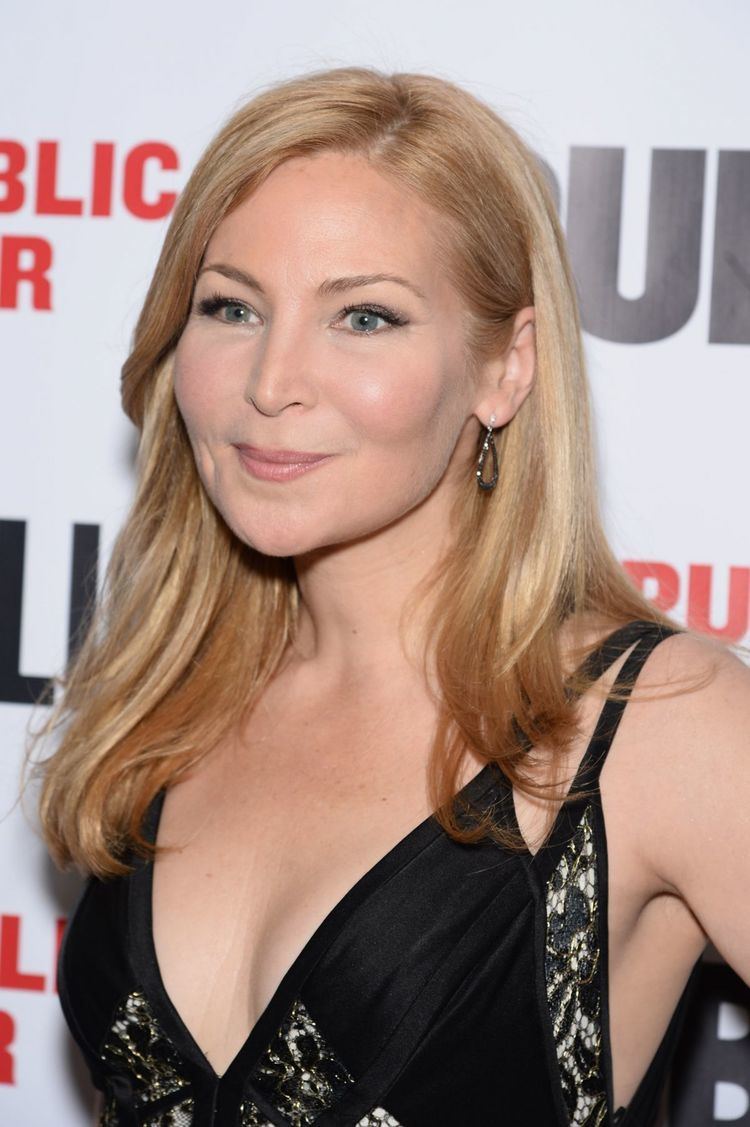 In 2003, Westfeldt made her Broadway debut in a revival of the Leonard Bernstein musical, ‘Wonderful Town.’ She starred as Eileen opposite Donna Murphy who played her sister, Ruth. The production was nominated for several awards, including five Tony Awards. Westfeldt and Murphy were both nominated for Best Actress at the 2004 Tony Awards, but neither won. Kathleen Marshall won a Tony that year for Best Choreography for ‘Wonderful Town.’ Murphy later won a Drama Desk Award for her performance, white Westfeldt received the Theater World Award in 2004 for her performance in ‘Wonderful Town.’ She continues to appear on stage regularly, her notable performances including ‘Finks’ in 2008, and ‘The Library’ in 2014. Westfeldt starred in the world premiere of ‘Finks’ opposite ‘How I Met Your Mother’ star Josh Radnor. The play is a biographical story by Joe Gilford about the Hollywood blacklist during the 1950s. Another production of the play was produced in 2013 and nominated for multiple Drama Desk Awards. ‘The Library’ caused a stir in 2014 because it was directed by famous film director, Steven Soderbergh. Westfeldt starred in the play alongside film star Chloe Grace Moretz. The off-Broadway drama is centered around gun violence, and was written by Scott Z. Burns, who has written several of Soderbergh’s films including ‘Side Effects’ and ‘Contagion.’

'Ira & Abby' and 'Notes from the Underbelly'

Westfeldt starred as the love interest in the romantic comedy ‘50 Ways to Leave Your Lover’ in 2004 alongside Paul Schneider. In 2005, she starred in a drama film called ‘Keep Your Distance.’ It was a relatively small production, and both films were moderately received. In 2006, Westfeldt starred in a small comedy film that she wrote called ‘Ira & Abby’ alongside Chris Messina. ‘Ira & Abby’ is about a couple who marry quickly, and how their marriage dissolves. Westfeldt won two awards for ‘Ira & Abby,’ the Audience Award at the Boston Jewish Film Festival and the Best Actress Award at the US Comedy Arts Festival. It is the second film that she wrote and starred in, after ‘Kissing Jessica Stein.’ Westfeldt also executive produced ‘Ira & Abby,’ a step up from co producing ‘Kissing Jessica Stein.’ Unfortunately, the film did not break even, something that hurt her chances of getting her next film made. Westfeldt's films typically show unorthodox depictions of relationships and family. Of 'Ira & Abby,' she said, "Because the divorce rate is so high the premise before was that half of marriages end in divorce, and your chances with a perfect stranger are just as good as they are with someone you've been with for three years" when asked in an interview with GQ about how she often writes about non-traditional relationships. 2007 brought a new television role for Westfeldt. She was cast as the star of ‘Notes from the Underbelly,’ a comedy series about a couple about to become new parents. ‘Notes from the Underbelly’ ran from 2007 to 2010 and produced two seasons. Westfeldt played Lauren Stone, an expectant mother, and Peter Cambor plays her husband, Andrew. Produced by Barry Sonnenfeld, ‘Notes from the Underbelly’ aired on ABC. For the next couple of years, Westfeldt had smaller roles on television while producing her third film. In 2009, she had a three episode arc on ABC drama ‘Grey’s Anatomy,’ on which she played Jen Harmon. During 2010, Westfeldt landed a role on the Fox drama series ‘24.’ She played Meredith Reed in the eighth and final season for six episodes.

'Friends With Kids' and directorial debut 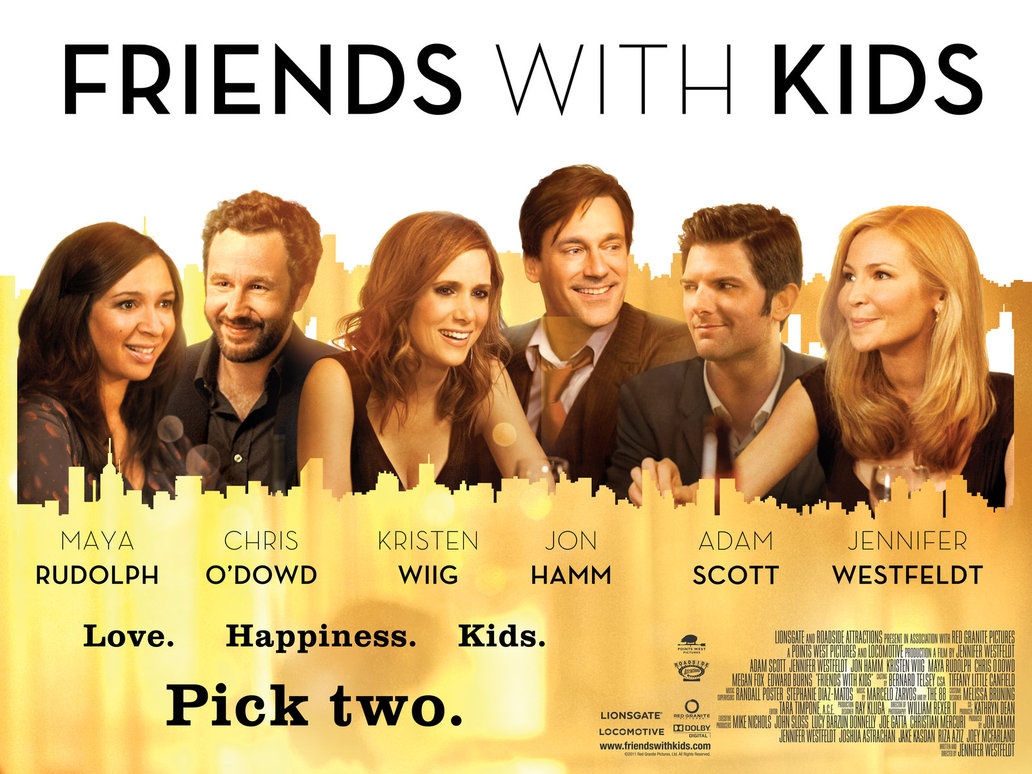 Her third film and directorial debut was released in 2011, called ‘Friends With Kids.’ The comedy has an all star cast, including her then boyfriend, Jon Hamm. Westfeldt stars in, wrote, produced and directed ‘Friends With Kids.’ The film also stars Adam Scott, Kristen Wiig, Maya Rudolph, Chris O’Dowd and Megan Fox. ‘Friends With Kids’ follows the lives of three couples, two couples with kids and one couple who are just friends but decide to have a child while dating other people. They eventually fall in love and get together. ‘Friends With Kids’ was made on a relatively low budget, and made about $3 million in profit. The film received mostly positive reviews after debuting at Toronto International Film Festival. On directing, Westfeldt said in an interview with GQ that she likes to bring out unexpected qualities in actors. She cited asking Adam Scott and Kristen Wiig in more drama heavy roles as examples, as well as casting Megan Fox in a comedy. She herself felt typecast after the release of 'Kissing Jessica Stein,' when she was offered only indie-comedies and lesbian films. When asked if that was why she wanted to direct the film, she said, "It was fun for me because with Adam, as I just mentioned, with Megan and even with Kristen, it was exciting to not typecast them and let them show that they have such wonderful range, and I think that's why they wanted to do this too."

Future projects, including 'Can You Ever Forgive Me?' 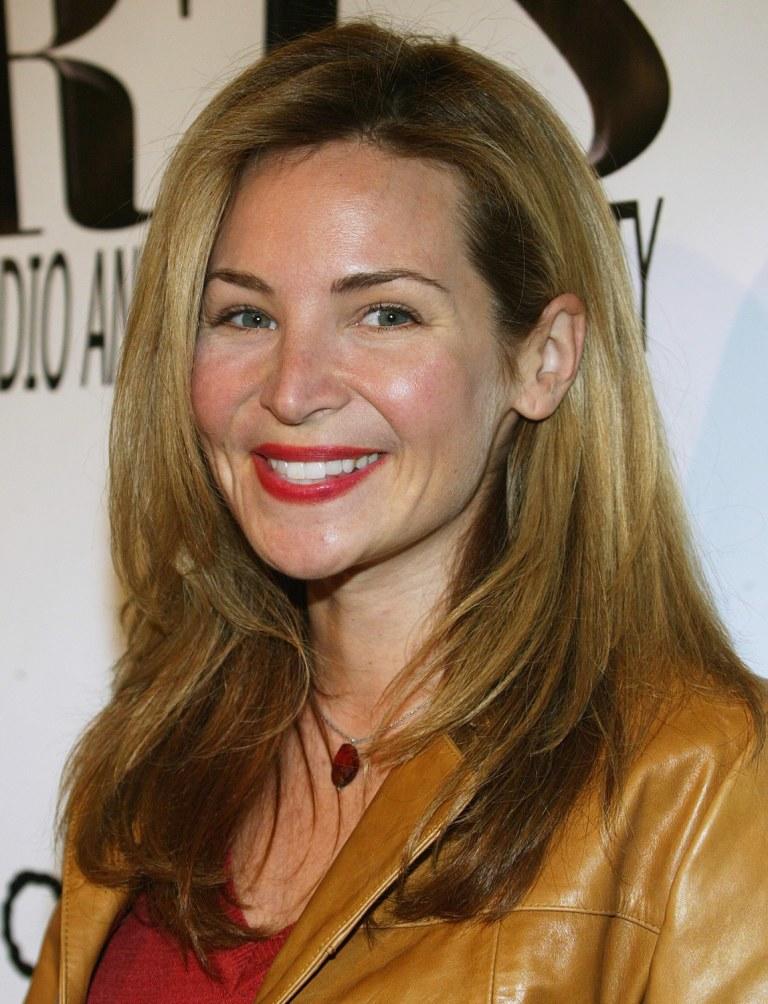 In 2017, Westfeldt joined the cast of TV Land’s ‘Younger’ for six episodes, in which she played Pauline Brooks. She and former boyfriend Jon Hamm also helped produced a documentary called 'Circus Kid,' about Lorenzo Pisoni's experience in his family's circus. Her latest film role is in ‘Can You Ever Forgive Me?’ which will be released on October 19, 2018. The film is an adaptation of author Lee Israel’s memoir. ‘Can You Ever Forgive Me?’ stars Melissa McCarthy as Lee Israel, and Richard E. Grant as her friend Jack, who aids her in forging letters written by celebrities and selling them. Westfeldt’s role in ‘Can You Ever Forgive Me? is currently unknown, but she is confirmed to be part of the cast. During an interview in 2012 about ‘Friends With Kids,’ Westfeldt mentioned that she was developing her next project with Alan Ball, creator of ‘Six Feet Under’ and ‘True Blood.’ 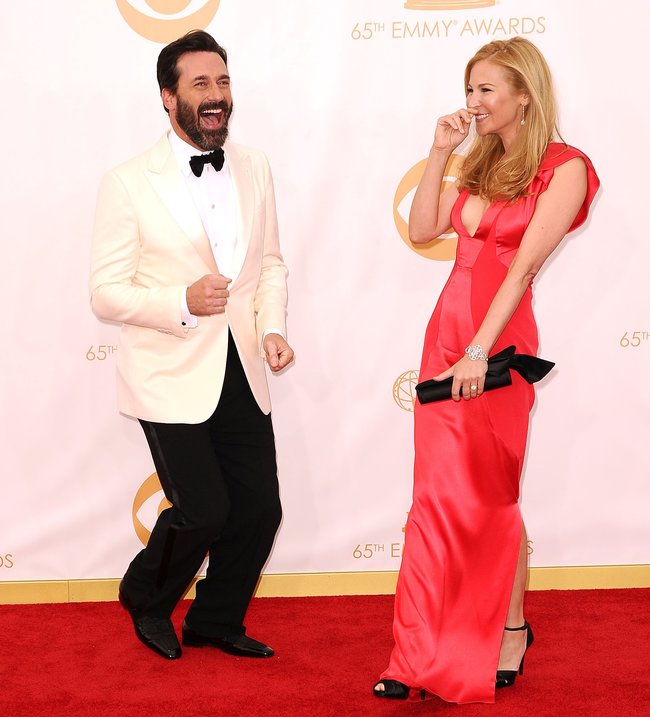 Although she and ‘Mad Men’ star Jon Hamm never married, they were together for 18 years, from 1997 to 2015. Hamm has said that he considered Westfeldt more than a girlfriend, even if they weren’t husband and wife. During their relationship, the couple was often hounded about having children. They have both been private about the decision, but ultimately chose to maintain their life together over introducing another member. Westfeldt and Hamm both appeared in Gap ad campaigns and support animal rights. They own an adopted, mixed breed dog named Cora. They also founded their own production company, Points West Pictures, in 2009. Before their split in 2015, it was revealed that Hamm had undergone treatment for alcoholism. After the break up announcement, People Magazine reported that the two had been growing apart because Westfeldt had been taking care of Hamm as more of a mother and manager since his struggle with alcoholism. The article, written by the People Staff, gave this quote from their source: “He has always had demons and needed a mother figure in his life,” says the source. “It was generally assumed that they would break up once he got sober, because he didn’t need to lean on her to take care of him so much.” People also reported that Hamm's friends were "eager to set him up with younger women." Here's hoping that not all of Hamm's friends are so sleazy, and that finds someone age appropriate to settle down with. As of 2018, it has been rumored that Jon Hamm has been dating both Dakota Johnson and ‘Peaky Blinders’ actress Annabelle Wallis, but neither relationship has been confirmed. He was also seen flirting with actress Kate Beckinsale. Westfeldt has not confirmed any new relationships either.

Westfeldt and Jon Hamm's net worth