Who is Reese Witherspoon

Laura Jeanne Reese Witherspoon is an American mother, entrepreneur, actress and producer. She was born on March 22, 1976 in New Orleans and spent the first four years of her life in Germany. She started her career when she was 7 in modeling. 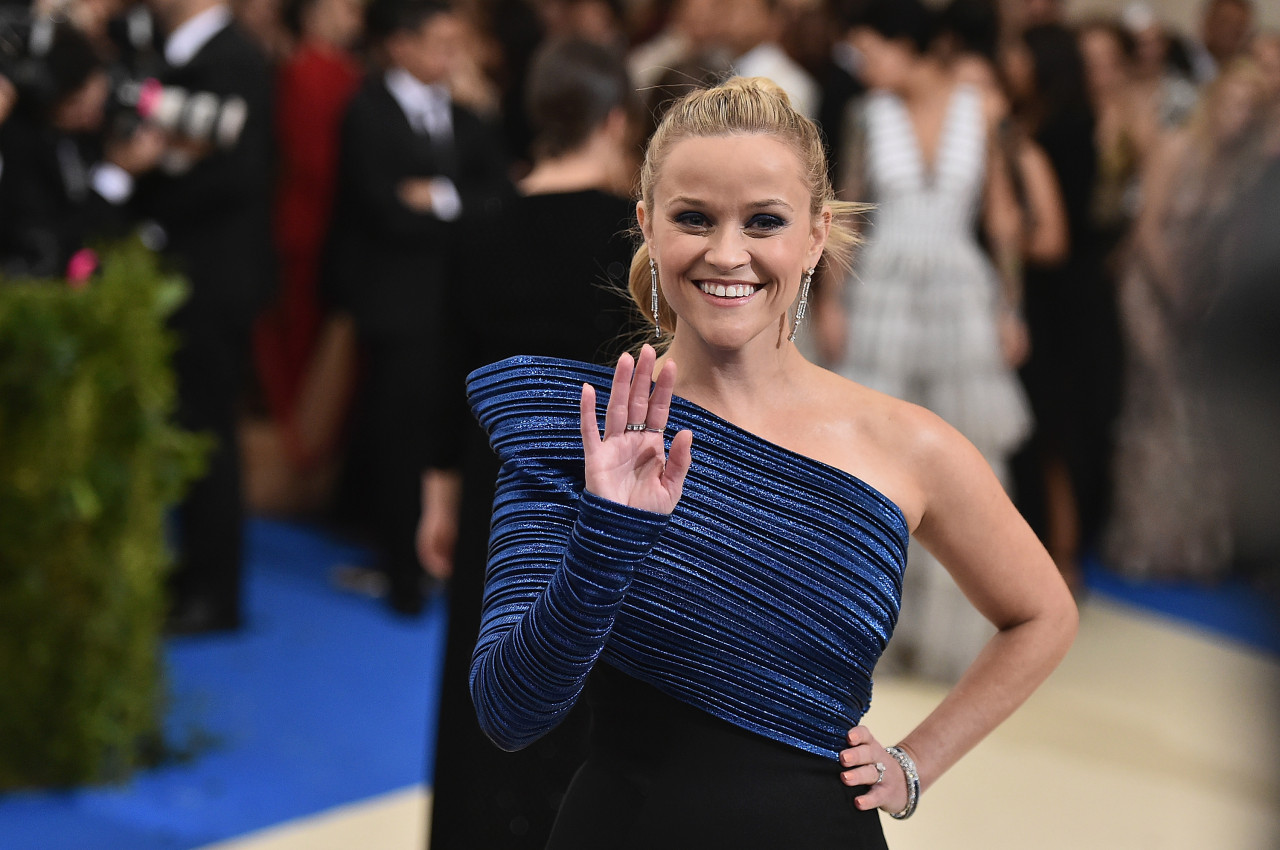 In 1991 she played in The Man in the Moon and was nominated for a Young Artist Award.In 2001 she played a role in Legally Blonde and got nominated for Golden Globe. This movie was a success because she achieved global recognition and Box-office established Reese Witherspoon as one of the top female draws in Hollywood.

She played in a lot of movies and series and won several awards and nominees such as Academy Award, Oscar Award, Primetime Emmy Award, BAFTA Award and a Golden Globe Award. In 2017 she starred in Big little lies. The second season is expected to air in 2019. She is also working on a new series and Jennifer Aniston is going to be the co-star. The third Legally Blonde movie is on the way as well. 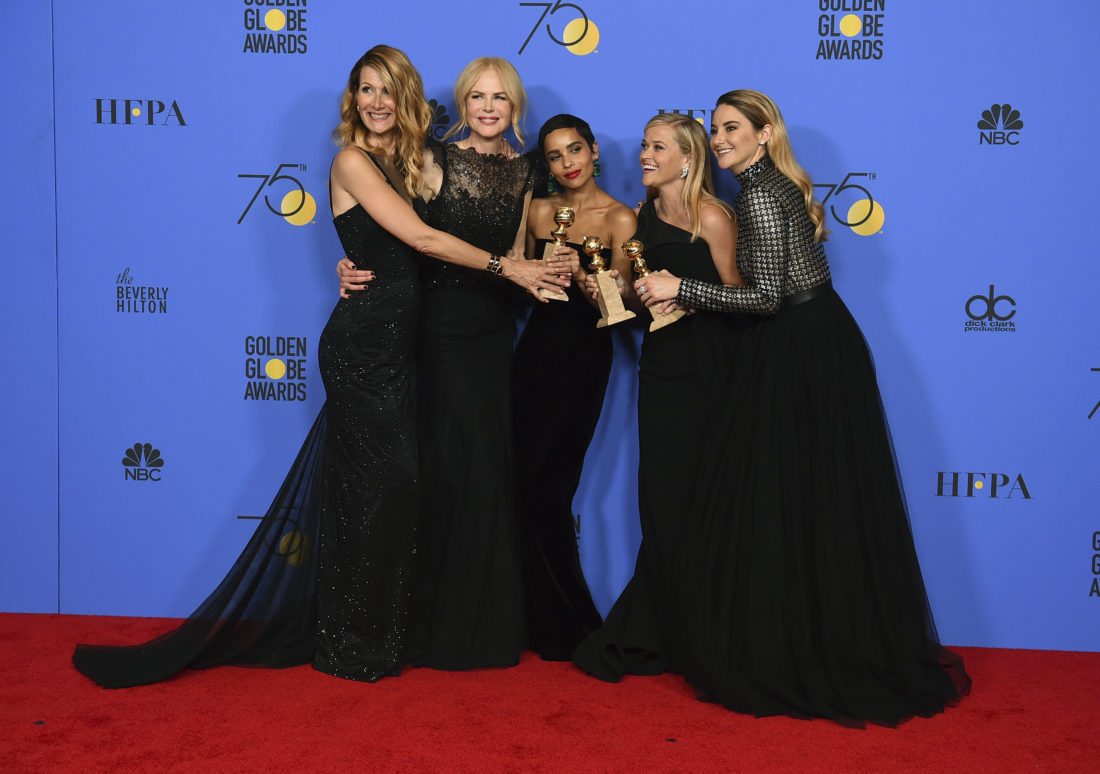 Reece Witherspoon met Ryan Philippe when she was 21 and they got married. They have two children, a girl named Ava Elizabeth and a boy named Deacon. Unfortunately, they separated in 2006.

She spent a few years just trying to feel better and she said: you know you can’t really be creative when you feel like your brain is scrambled eggs. That period was her career downturn and she knew that. 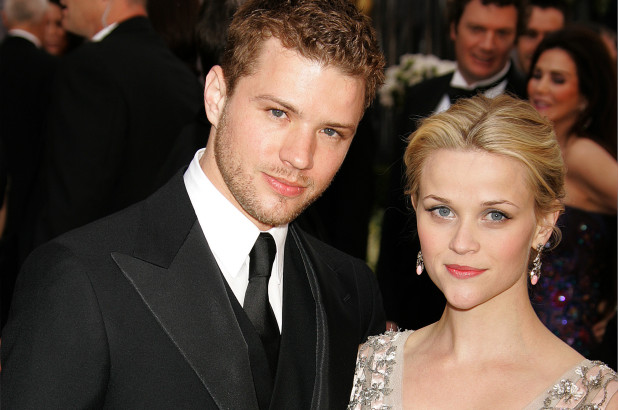 Reece started dating Jim Toth in 2010. He was the co-head of motion picture talent at Creative Artists Agency. They got married and they have a son together, Tennessee James. She said she loves being a working mom and raises them to pursue their own dreams:

"My mom worked, and I think it’s good for kids to see women working and being successful. I think it’s going to make them hard workers because they see that I don’t get much sleep. But I love what I do. I want them to grow up with passion. This is the one life you get, and you have to live it to the very end." 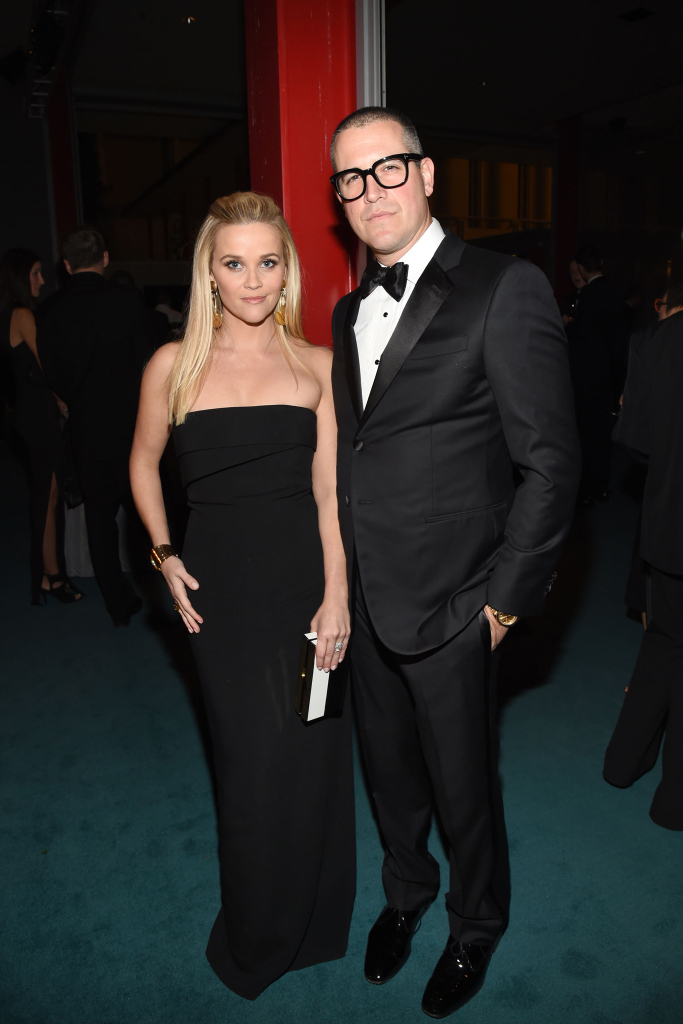 Reese Witherspoon as a producer

Reese is successful as a producer too. She had three producing companies until today. Type A Films Company (The name Type A was her nickname as a child) and Pacific Standard. The Pacific Standard’s goal was to produce movies with strong female lead roles.

She said she was tired of seeing only movies with a strictly male focused being produced then decided to put more women on screen and came up with the storytelling company, Hello Sunshine. This company is surfing the voices of real women.

There are several companies that produce contents directed at women but she is attempting to build a premium independent film and TV studio, within a direct to consumer and female-led brand that operates on multiple platforms. 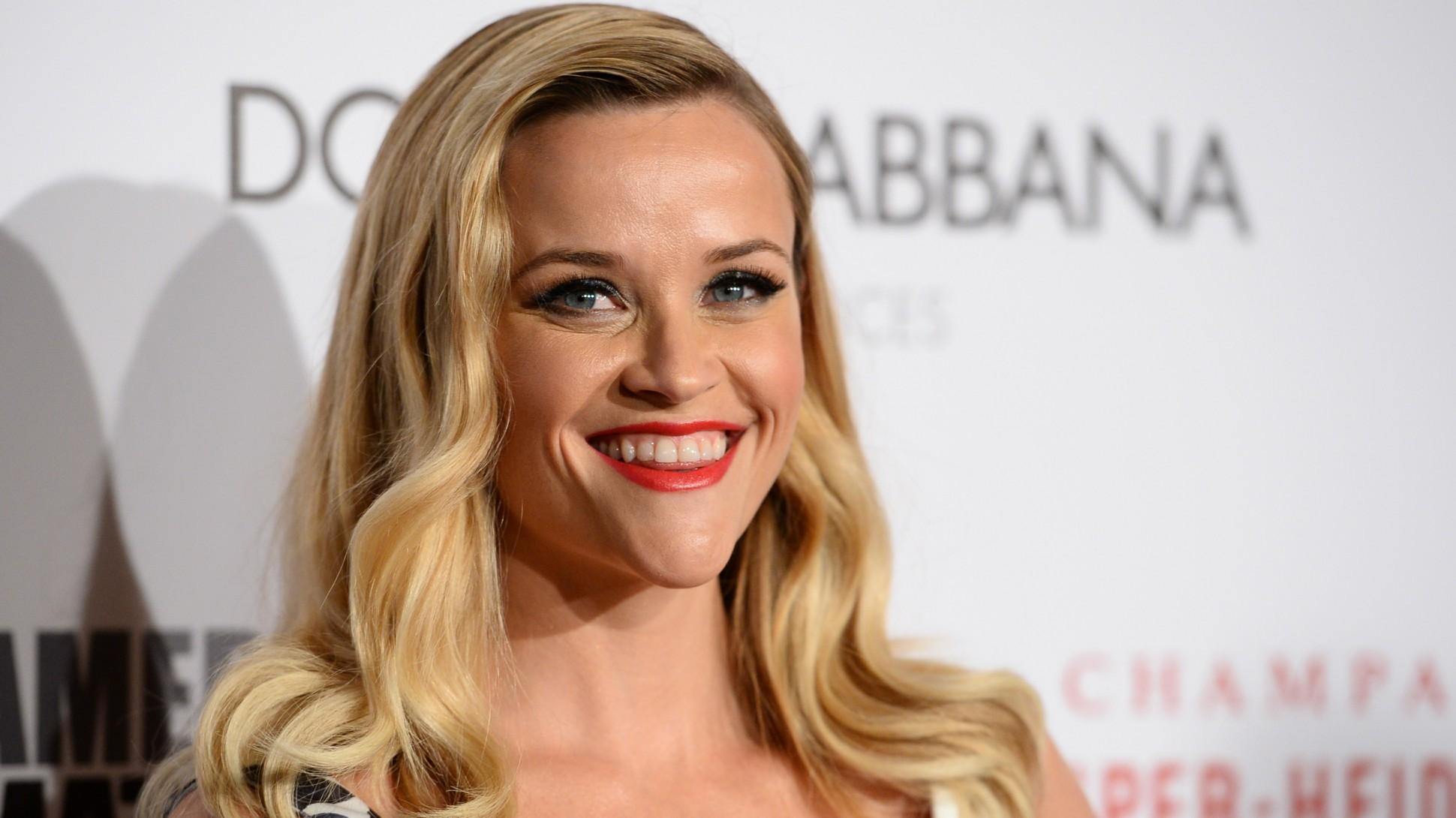 Reese Witherspoon is a longtime supporter of organizations that help provide children around the world with education and health care. She also serves on the board of the Children’s Defense Fund, a child advocacy and research group.

Reese has an agreement to a cosmetic company named Avon Products. She is the Global Ambassador and acts as a spokeswoman for Avon’s beauty products and an honorary chairman of the Avon Foundation which focuses on breast cancer and domestic violence. She is involved in global advertising too. 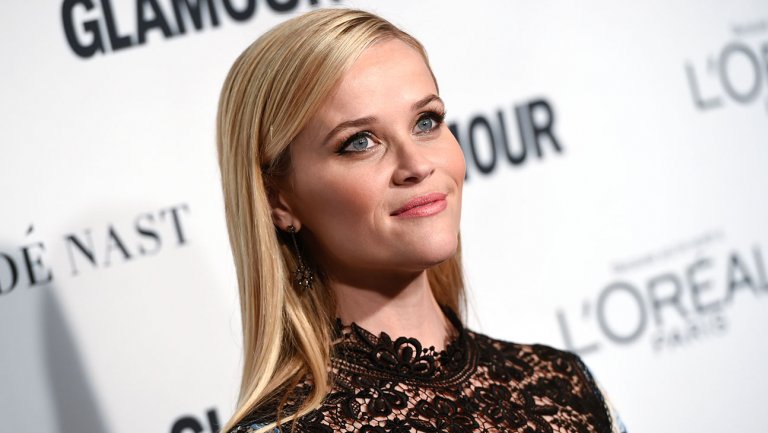 Draper James is a clothing line launched by Reese Witherspoon in 2015. This name was chosen after her grandparents Dorothea Draper and William James. She shows her personal style and her southern roots which she learnt from her grandfather in every product. 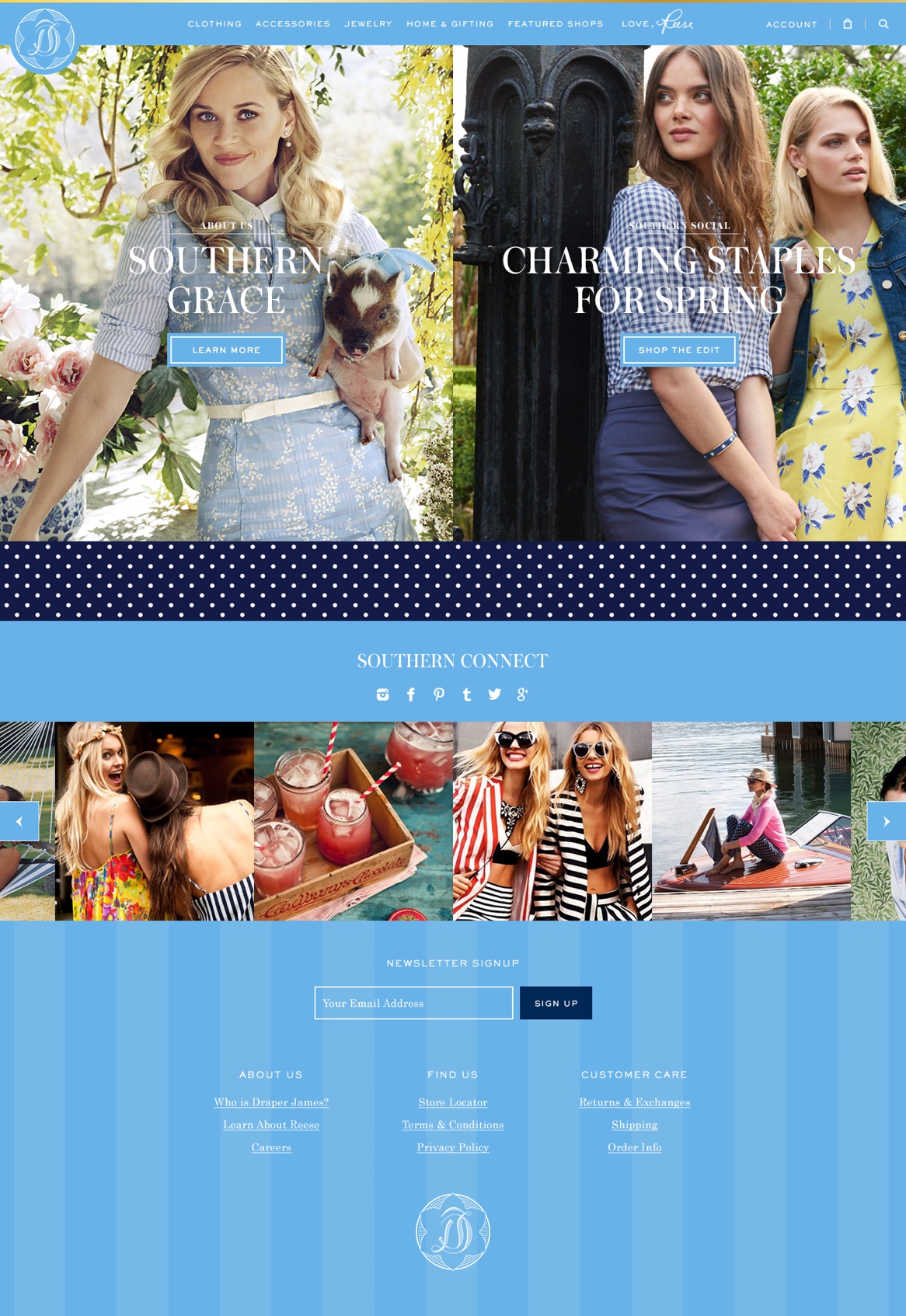 The line, Draper James, features a wide range of products such as clothing line, handbags, shoes, accessories, home decor and gifts and you can buy them online from the website.

The Draper James website also has a cute blog and the articles are about the people, parties, food recipes and southern lifestyle. If you are all about #girlpower, check it out because Reece shared her secrets on how to be successful.

Draper James website isn’t just about the products. It’s an attitude and a way of life. 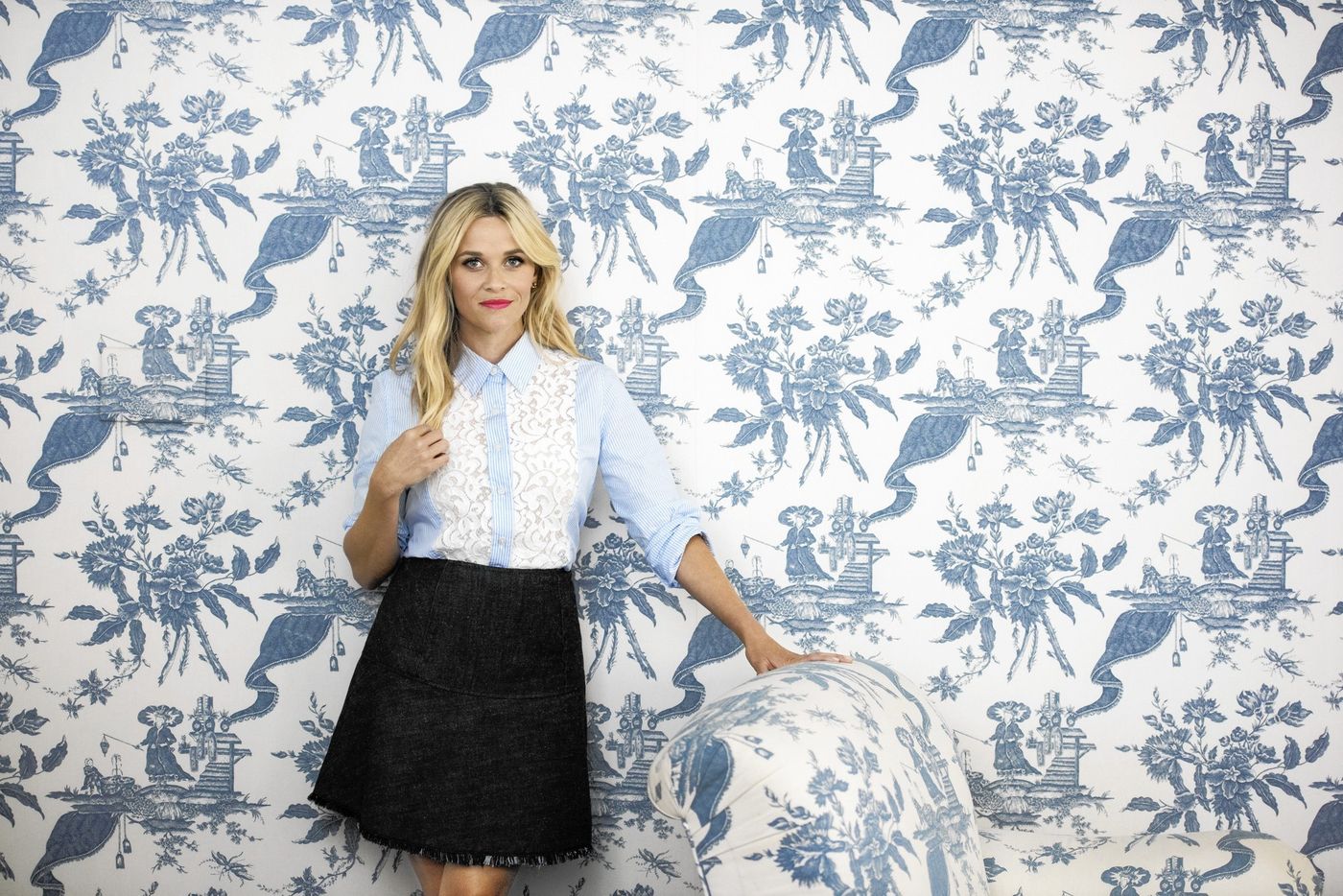 Plus size dresses on Draper James

The dresses available on the website have a size range from XS to XXL so if you wear plus size dresses, don’t worry because There is a Plus Size section in the products which you can see the plus size products from size 12 to 28. You can always choose products based on your size but also, there is a size bar that shows how the dress fits on your body. 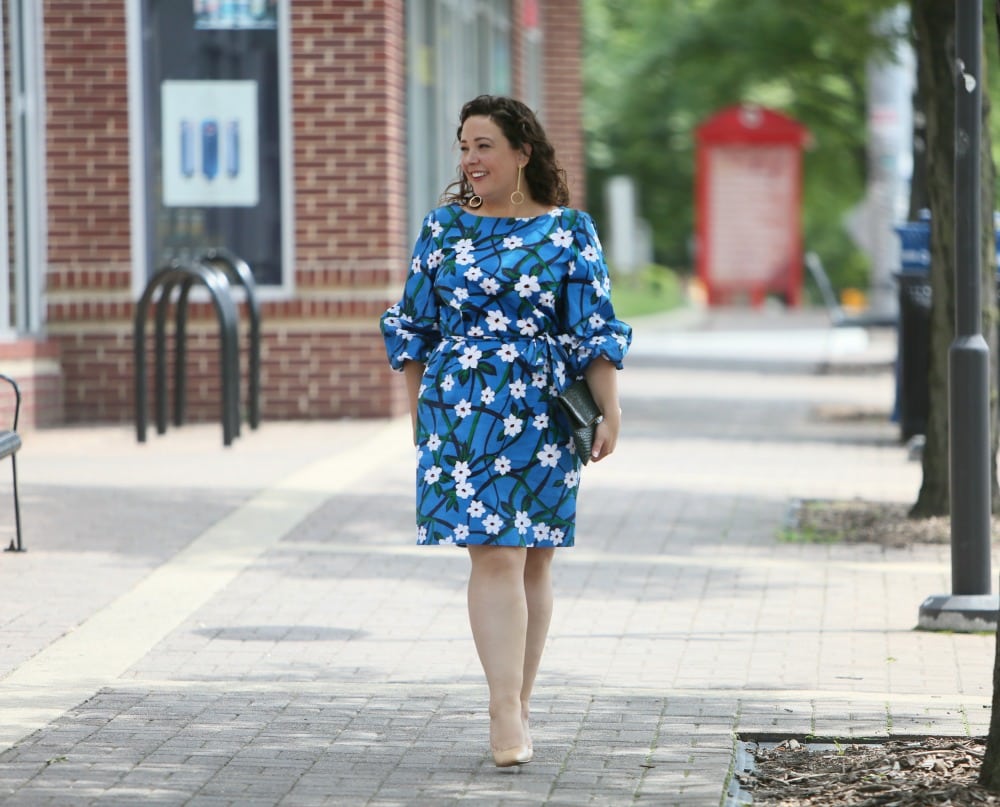 You can figure out how the dress actually fits. If you always struggle with choosing the exact size and think: is it true to size? Does it run smaller? or bigger? Just check out the HOW IT FITS bar.

If you scroll down the product’s page you can see the comments from users who purchased the product. They comment on the quality of the clothes and how it fits them according to their size and body shape. If you need help styling and choosing the proper dress for the occasion, read the comments. 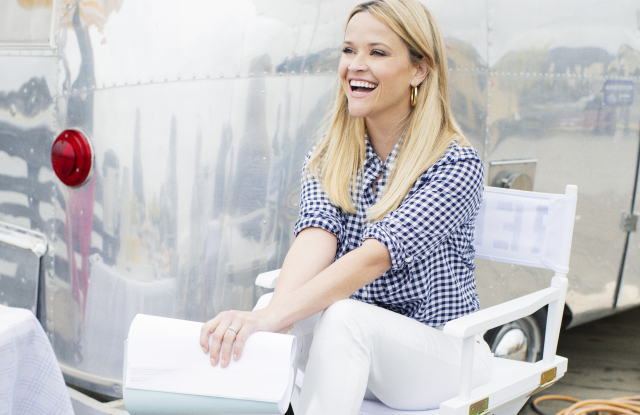 The products on Draper James have a lot of variety. You can find dresses, shirts, tops, skirts, sweater, blouses, pants, jeans, jackets, vests, accessories like hats, sunglasses, bags and etc.

The use of girly elements like lace, seersucker and bright colors is obvious in the products and made her items very feminine. Most of her stuff are over $100 but you can wear the classic ones in different occasions and feel like a confident woman. It’s worth the investment because the styles are timeless. 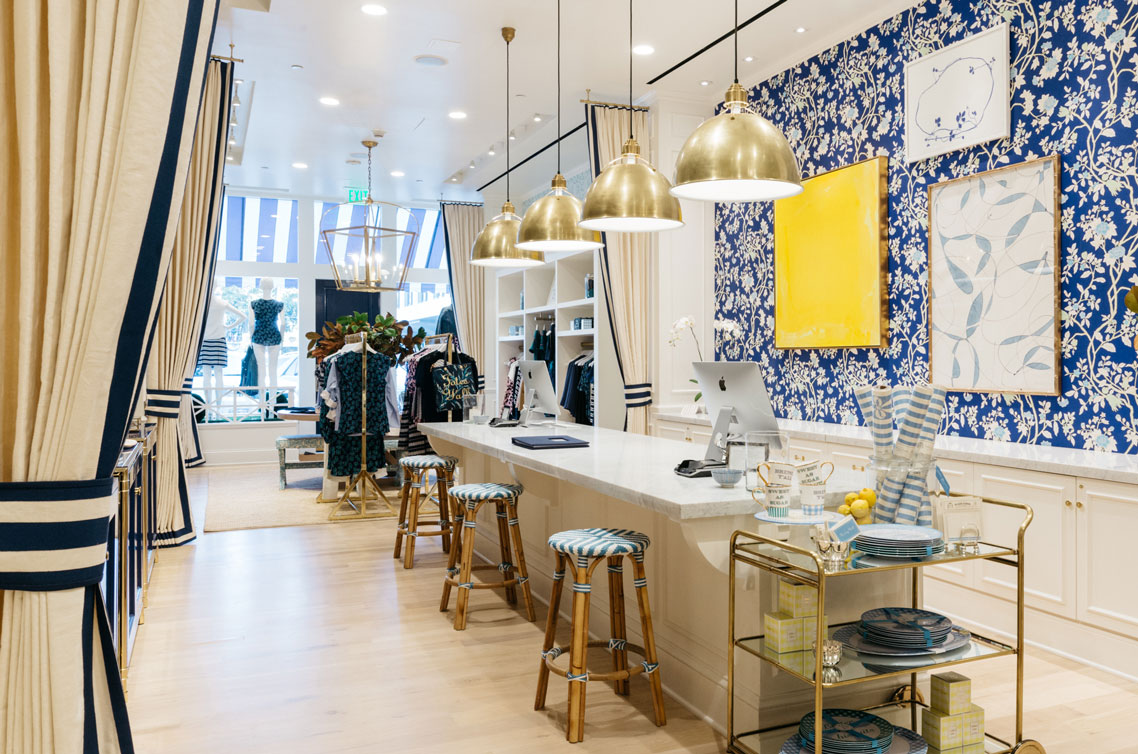 The different collections like Whiskey In a Teacup, Honeymoon Capsule and Sisterhood Collection are available on the website as well.

If you are one of Reese’s fans and would like to dress like her, find the Dress Like Reese section to find clothes she wears and the dresses close to her style.

Reese has several Draper James stores in Tennessee, Dallas and Kentucky and the company plans to expand their physical locations. She occasionally shows her face in the stores and surprises people so if you shop there too, look around.

They welcome you with sweet tea to show their southern hospitality. 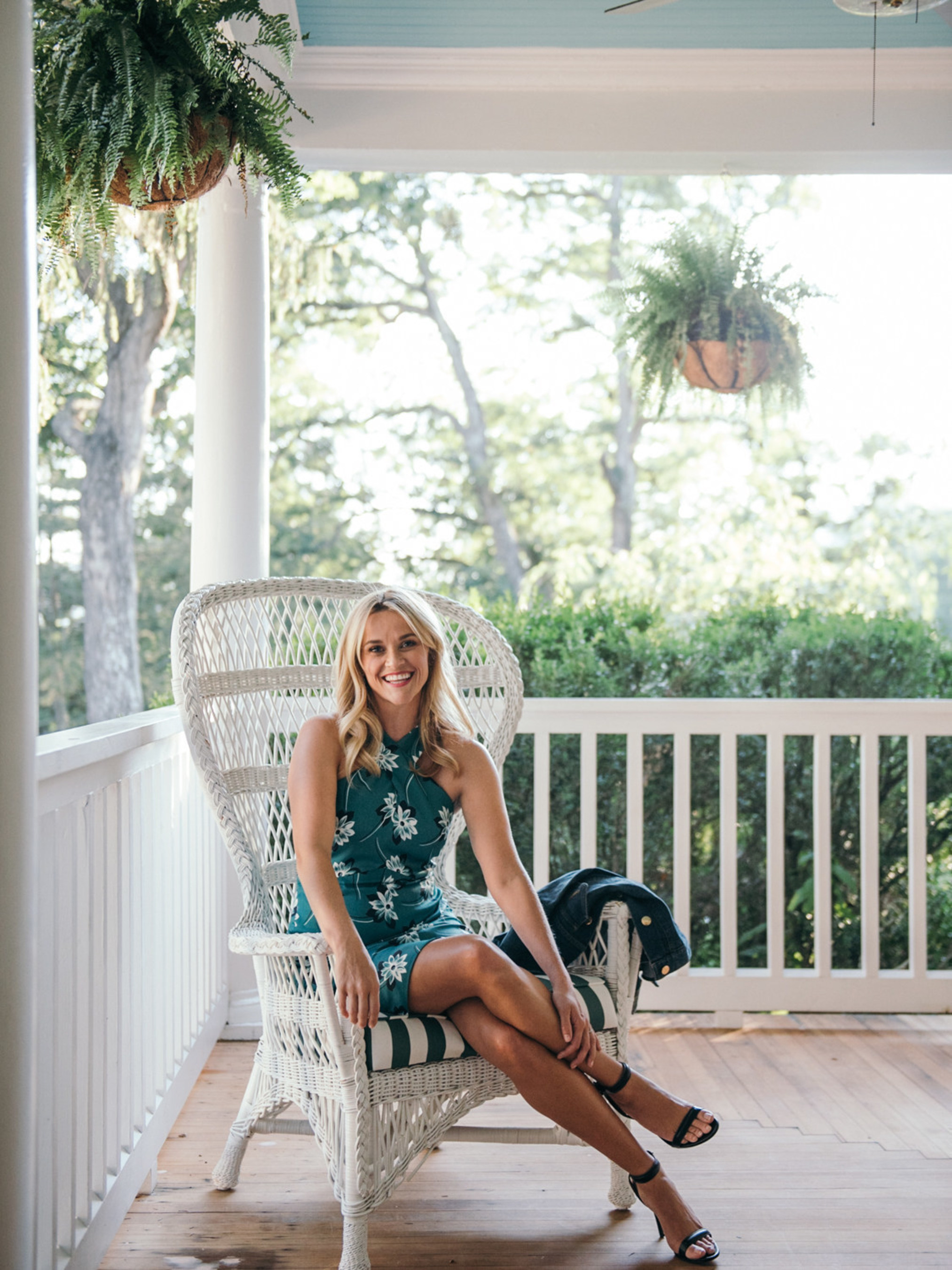 Reese was excited by the potential of digital platforms and joined Instagram in 2013 and started to build an audience. She currently has 15 million followers. 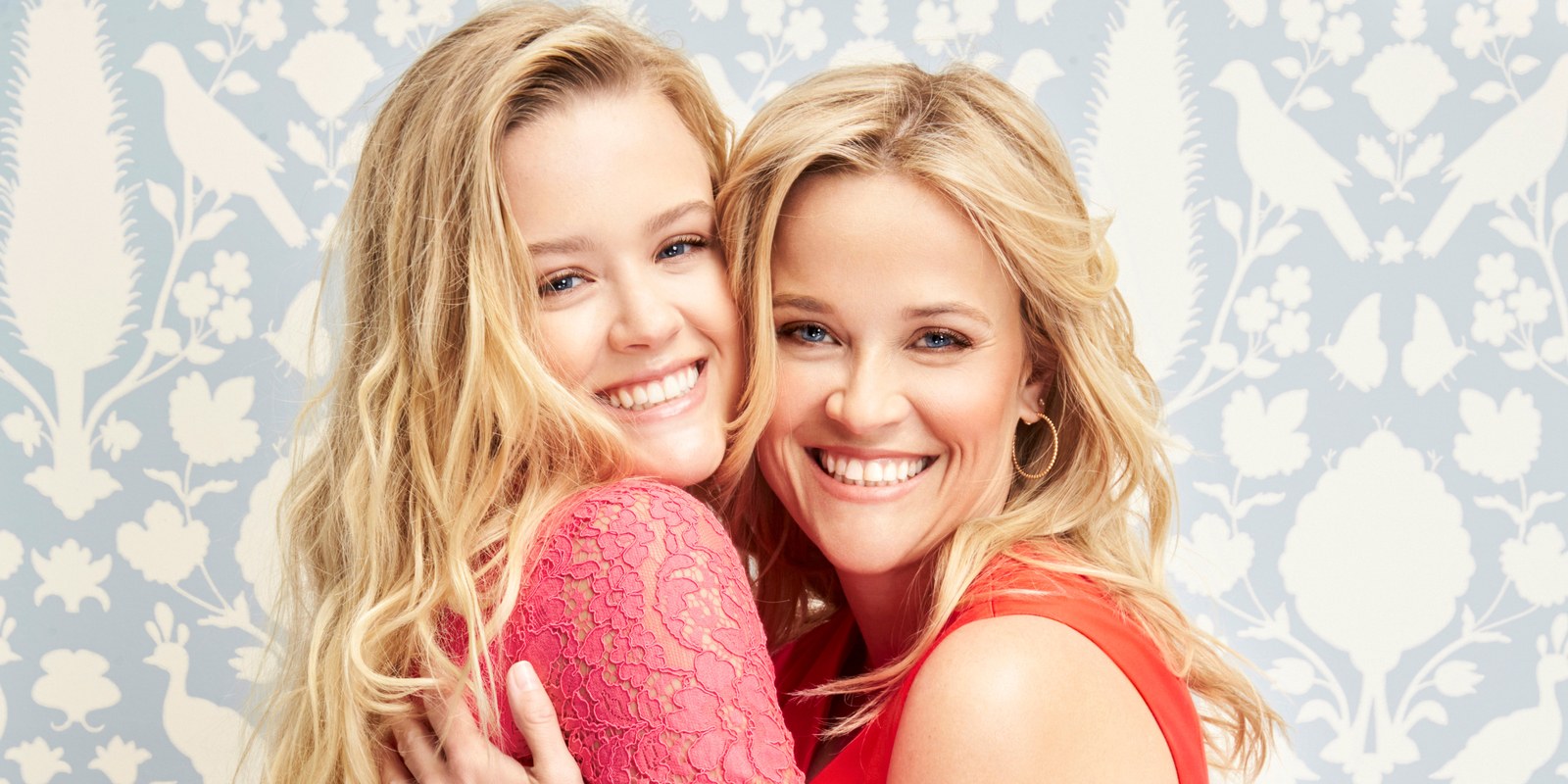 Her second Instagram post was about Sullivan’s book, The Engagements and got a huge reaction from followers. She started a book club on Instagram and had conversations with other women about literature.

Her book club, Hello sunshine has 290,000 followers on Instagram. Hello sunshine is partnering with Audible, the world’s largest producer of audiobooks with produces the audio version of Reese’s monthly book club picks. 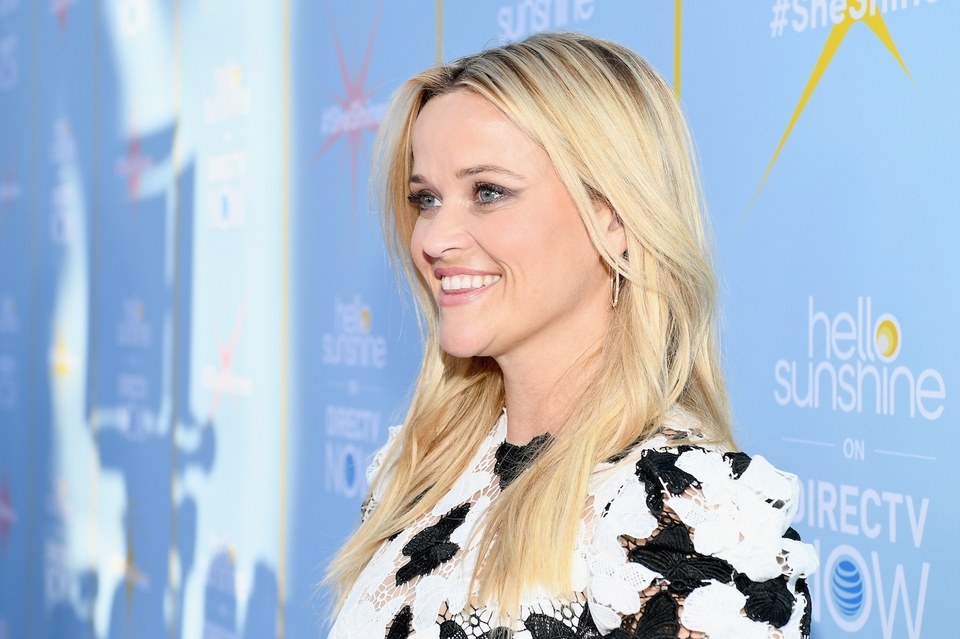 She posted about Pacific Standard’s news (the American magazine) about Gone Girl and Wild. Gone Girl sales tripled after the release of the first movie trailer and She turned Gone Girl into a $369 million worldwide hit. The movie Wild sold $52 million and transformed into a huge success too. She proved that there is a huge market for female-driven films.

Reese Witherspoon is number 11 on the 2018 Most Creative People in Business list, In 2017 she said to have $198 million earnings and made herself the top paid primetime Emmy nominee, she has a star in the Hollywood Walk of fame and she made her appearance among the Time 100 a couple of times. 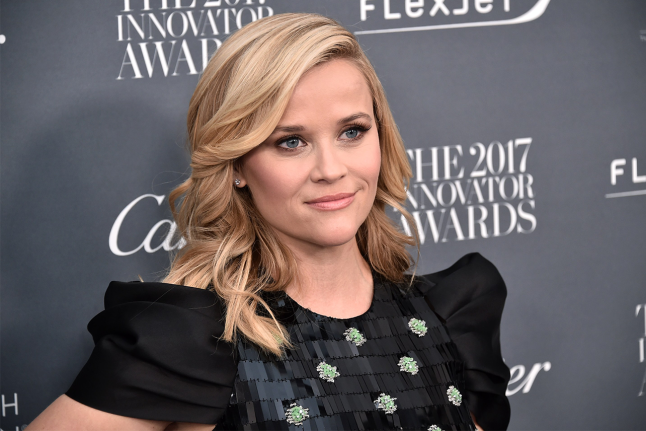 She lived three decades of her life in front of the camera and she is successful in every platform: books, movies, TV, talk show (Shine in with Reese) and being an entrepreneur.

Reese Witherspoon shared the three aspects of her personality which made her successful: persistency, having a sense of humor and remaining unaffected by people’s harsh words.

"loving what you do, makes a job not feel like a job."

Certainly a piece of wisdom we can take back to learn from her!