The background of Arielle Charnas 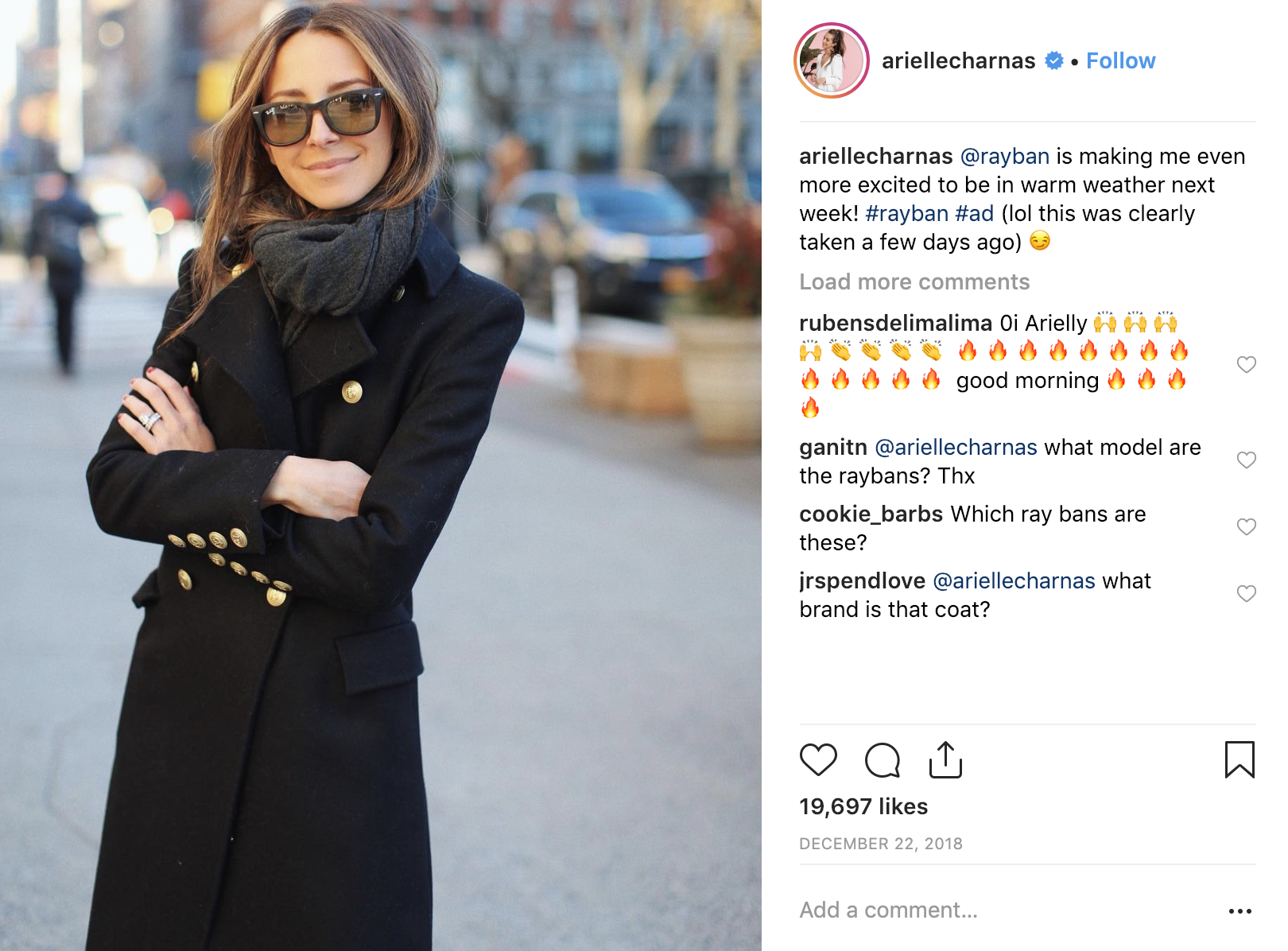 Have you heard about Arielle Charnas? What does she do? What does 'Something Navy' have to do with her? If you love all things fashion, we're sure you have heard of her, she's pretty big there right now. Arielle Charnas is a fashion blogger who started her career taking pictures of her in different outfits and posting them on her blog. Seems simple enough, but 9 years ago some people thought it was weird and they didn't get.

That was before Instagram made its appearance and changed everything, at least that was the case for Arielle. She has said on many occasions that she started the blog "for all the wrong reasons", what does she mean by that? Well, have you a guy you want desperately to impress by doing something cool and showing him that you' have a passion in life?

At 22 she didn't have a clue of what her passion was, so she tried a lot of things (tennis, dancing, assisting on all kinds of random jobs) until her older sister (Danielle) pushed and convinced her to start posting in a website all her outfits. At that time, some women were doing it, she looked them up and after studying what they were doing, she decided to go for it and launched her own Blogspot.com. 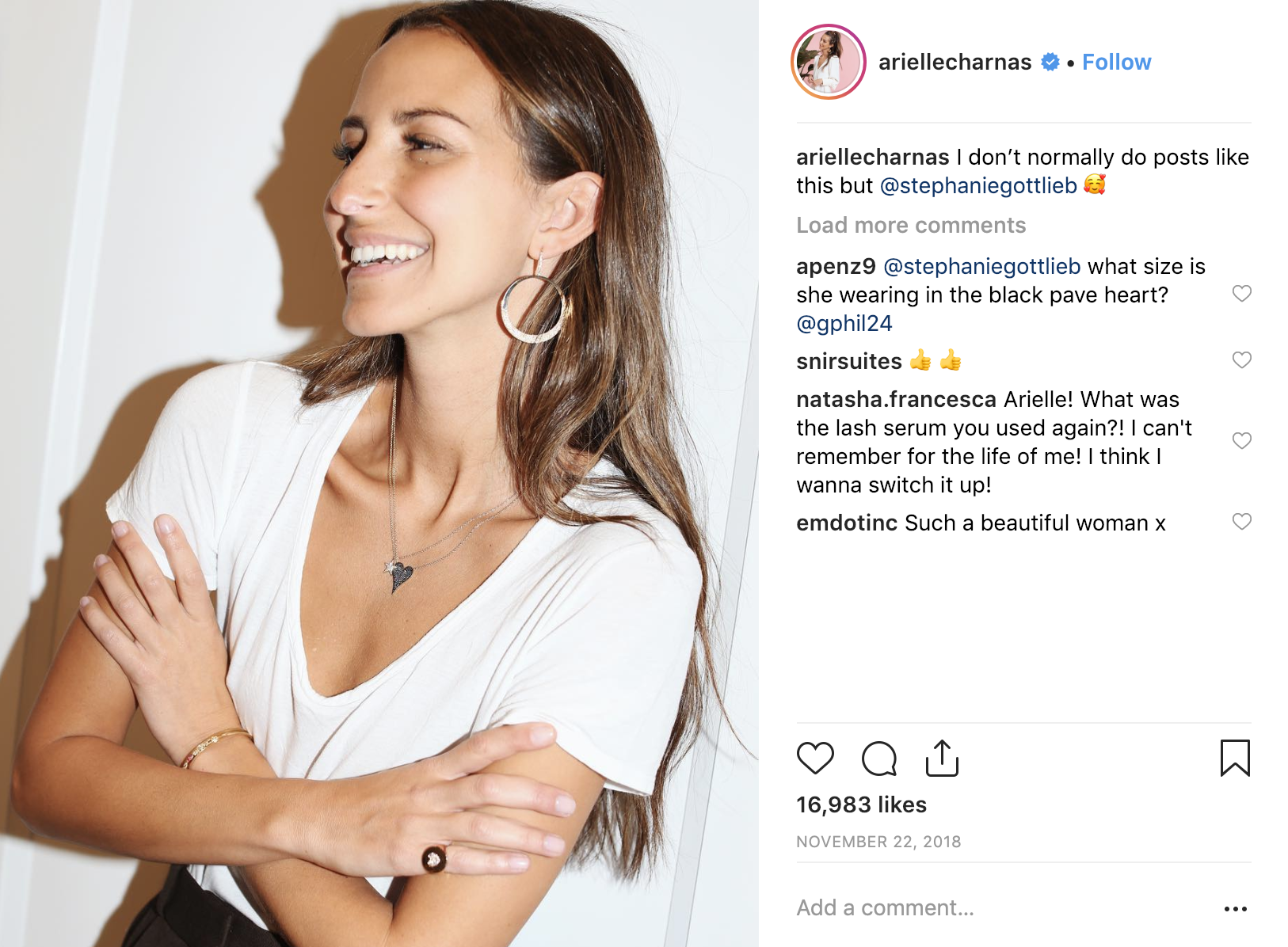 She has always loved the color navy and she wanted to include it in her blog's name, she tried different names and after a while decided to just name it Something Navy and just like that, her career was launched. In those days she was obsessed with taking pictures of herself, she would ask anyone who was willing to take a picture of her in different weird poses with different outfits.

Remember the boyfriend? He loved and supported her for a while but two months after Arielle has launched Something Navy, he broke up with her. She decided (after some crying) that she was going to focus all her time on her blog and after 5 months of posting daily, her following started growing. Girls would come to her blog and leave her comments, some of them were very flattering but others... not so much.

The ones interested in what she was doing, asked her questions like where they could buy what she was wearing or asked for fashion advice. Fast forward 6 months and she was contacted by Karen Rabinovitz (NY Times Bestseller), she told Arielle that she was in the fashion industry, that she had been paying attention at what she was doing and she loved Arielle's style and most importantly, that she wanted to help her. 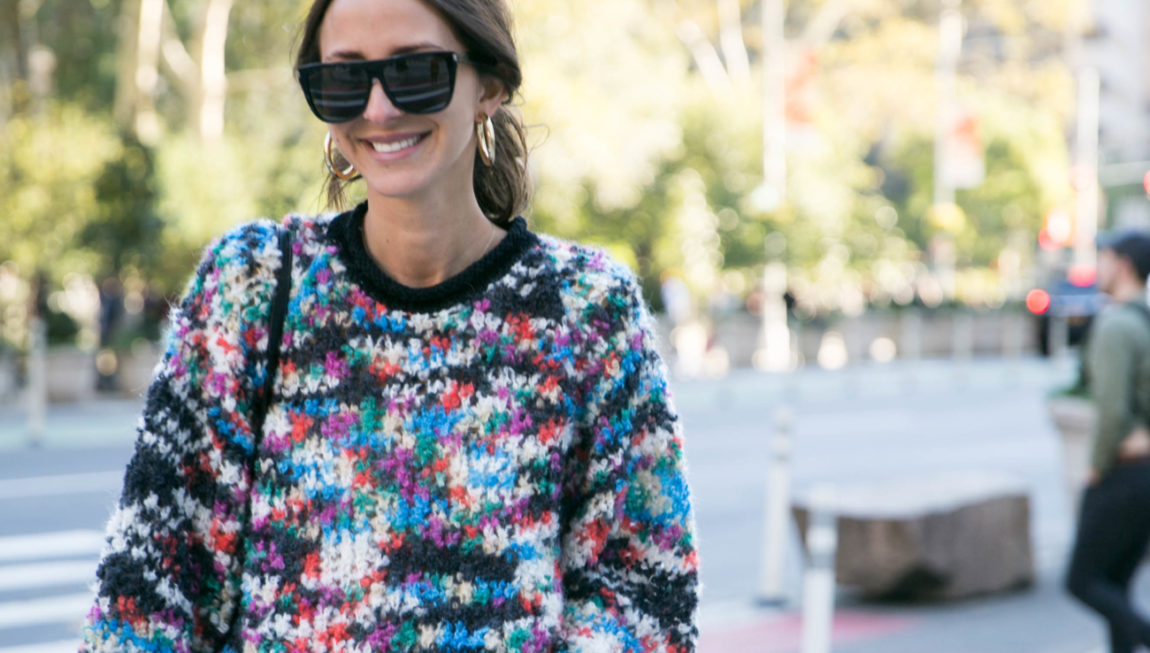 Karen Robinovitz wanted to turn blogging into an industry and she did it. She helped Arielle make her career by getting her a job. Arielle was to be a blogger, model, and stylist for a website called Singer22, they were actually going to pay her for it. That is how she became one of the industry's top earners.

Want to know a little bit more about Arielle? She was born Arielle Noe Nachmani on 13 June 1987, in New York (she still lives there) and she just turned 31.  She is a fashion and style blogger, who rise to fame with the launch of her personal style blog Something Navy almost 10 years ago (2009).

She is now married to Brandon Charnas, they got married in 2014 and is the mother of two little girls, Ruby (2) and Esme (6 months).

Her first years as a fashion blogger were tough because no one really understood what she was doing, making blogging and industry was hard work, people didn't want to invest their money in digital marketing, but then Instagram appeared, and for her, it changed everything. 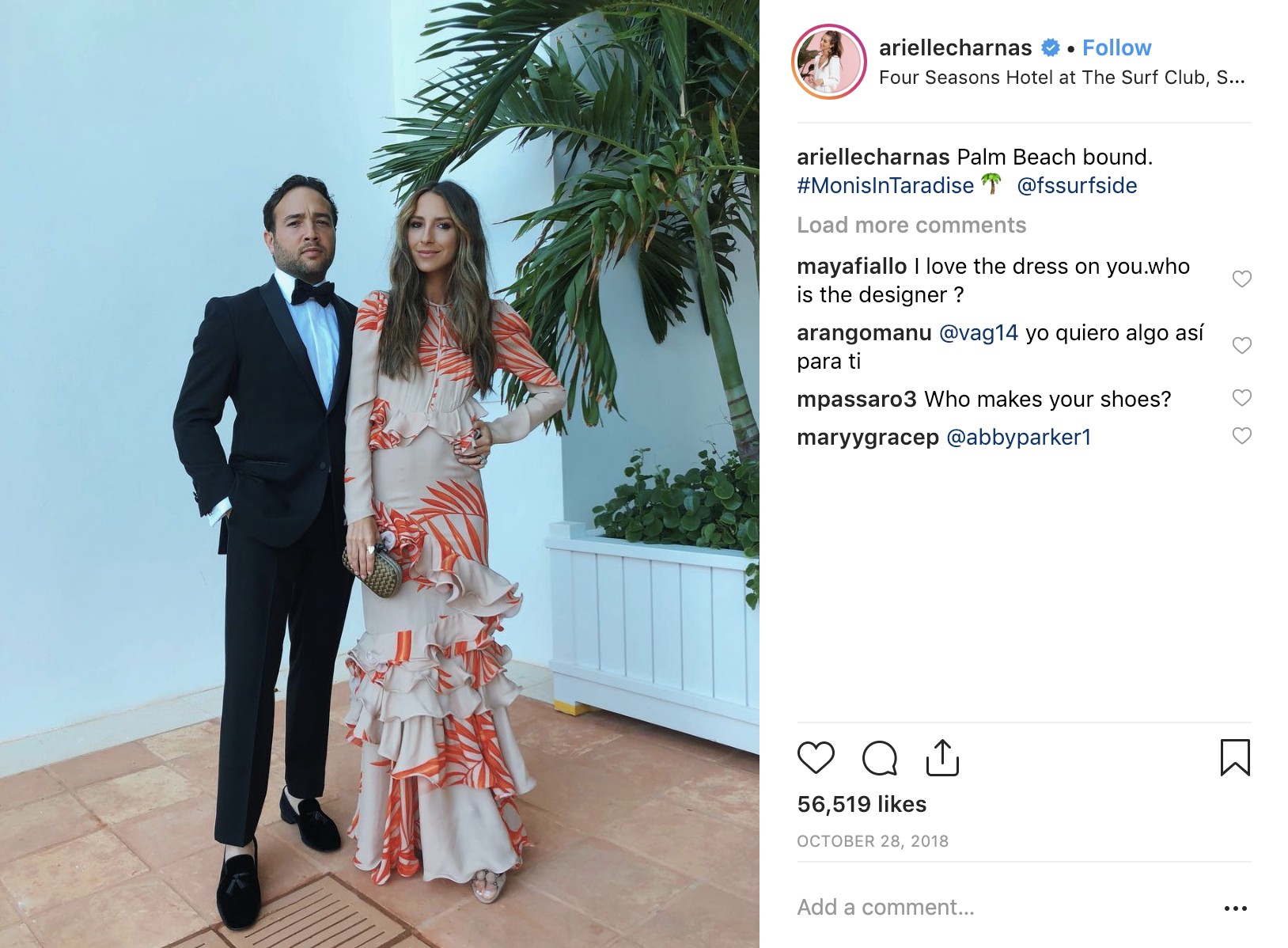 Arielle Charnas and "Something Navy"

Arielle Charnas is the founder of Something Navy, she launched it in 2009 and at first, it was just posting a bunch of photos of her in different angles and weird poses wearing different outfits. It has evolved over the years and it has become an online destination for lots and lots of women who seek advice on fashion and style.

Arielle still writes on Something Navy, about different topics, as the About page says "Something Navy is an online destination which is carefully curated to provide you with inspiring, engaging, and relatable content." If you check it out, you'll find that it's true and the images at top notch. Now what you see, you can shop too.

Something Navy has just recently, also become a label. Arielle launched in partnership with Nordstrom, her own label this November. She received the opportunity in 2017 just when she was starting to wonder what the next step to Something Navy was? As she has stated, it was just the right and next step to take. 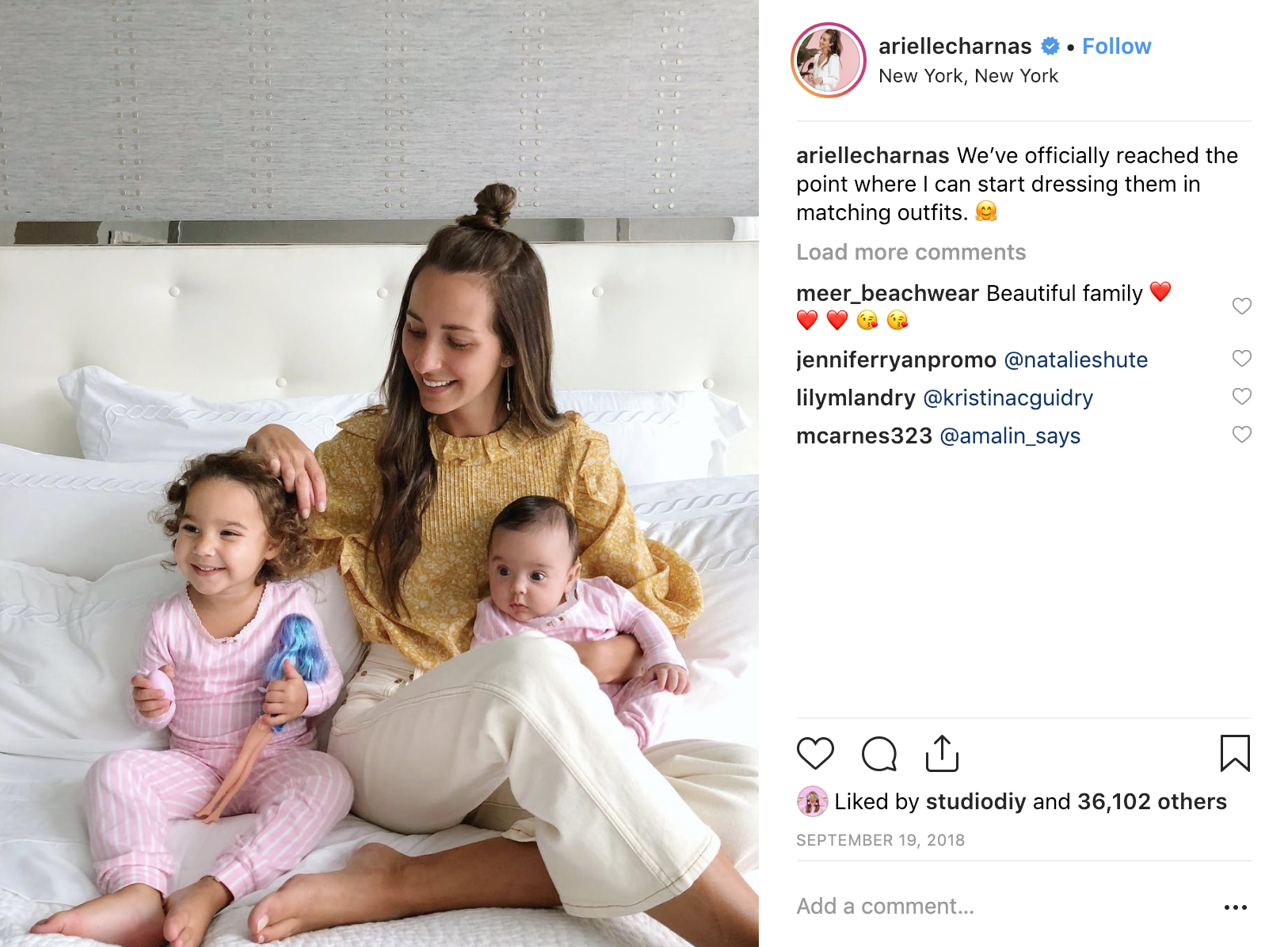 She got to design a capsule collection for one of Nordstroms in-house brands, Treasure and Bond. The collection was put together in Seattle, where Arielle had to fly and work with a team to design 30 pieces. Arielle was involved in every step of the process, from creating the mood board to show the team of stylists what she wanted the collection to be, to trying on every single piece to get the feeling and to see if it fits.

The results couldn't have been better, on the day of the launch Nordstrom had sold almost everything! (that's remarkable). After that sales success, Nordstrom offered Arielle her own stand-alone brand, now she will have creative freedom in the design, she could do anything she wanted to. She now has launched 3 of 8 collections of Something SNavy in partnership with Nordstrom, not bad at all!

So over the course of 9 years, Something Navy has grown from being a fashion blog to become a very successful brand. 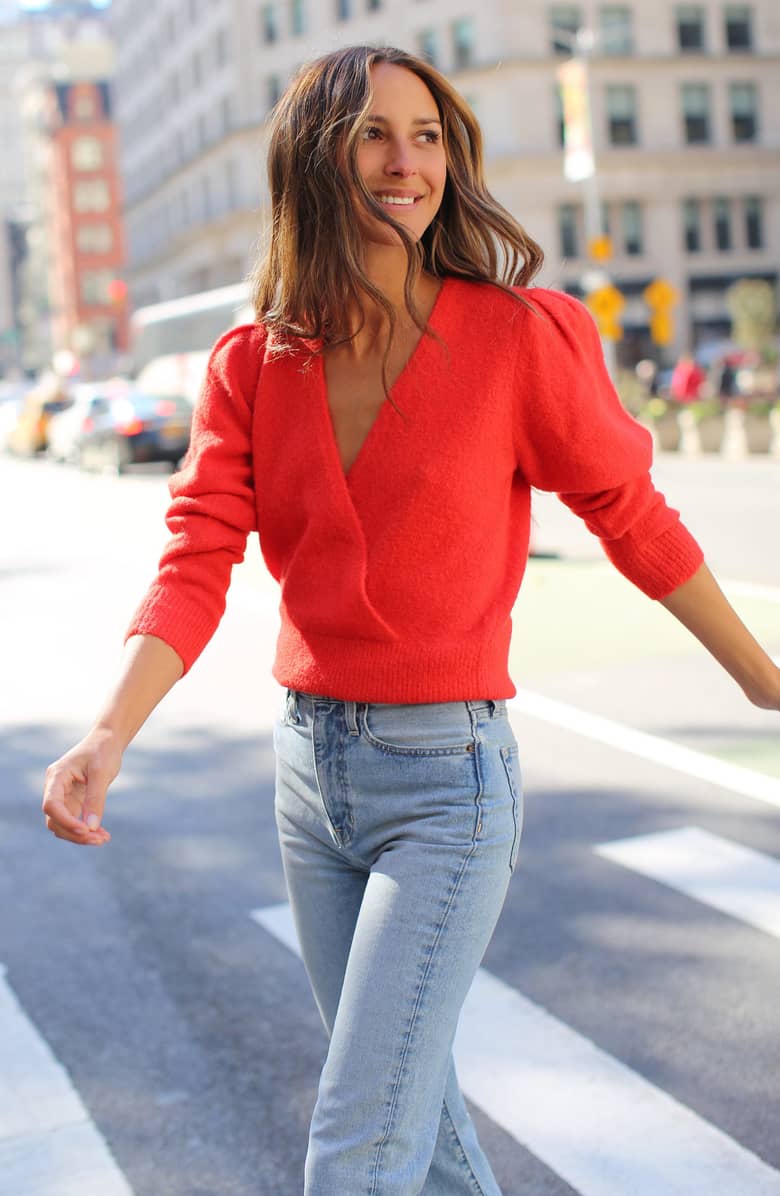 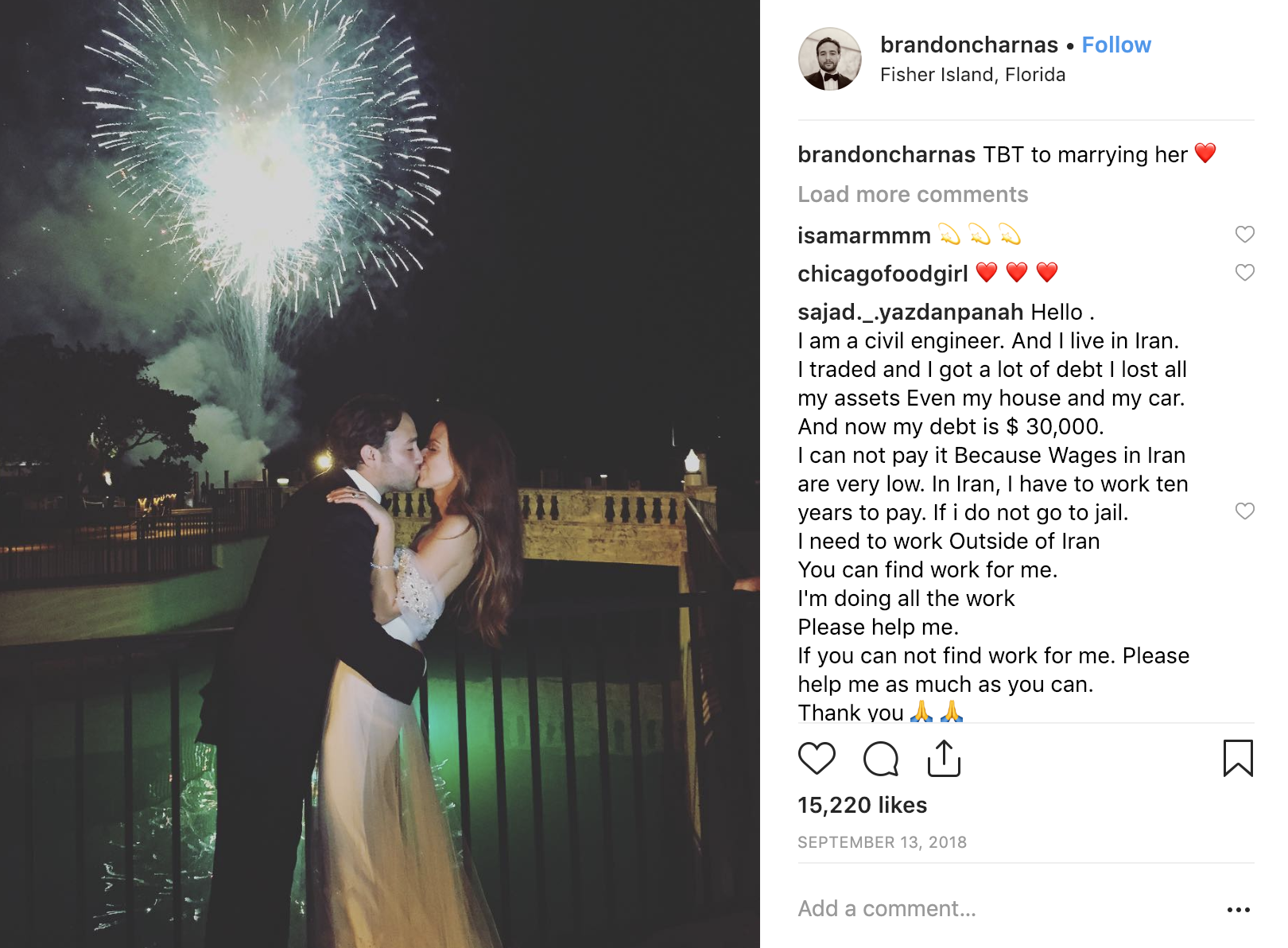 Arielle and her husband Brandon have been married 4 years now and have 2 beautiful daughters. But how do they get there? Well, it started with Brandon asking her to marry him at their favorite day of the year, which day is that you ask? No other than Halloween! They love horror movies so Brandon dressed up as a zombie groom and pop the question. and she said yes!

They got married on October 18, 2014, in the Fisher Club Island in Miami, they went for clean and chic. Arielle wedding gown was design by Christian Siriano, it had a beaded belt at the waist and drapped embelished sleeves. She chose calla lilies as her wedding flower, so her bouquet was a cluster of white and plum Casablanca calla lillies. The shoes were Rene Caovilla.

She had her sisters (Danielle and Michaela) as her maids of honor and her cousin Jenna as ther bridesmaid, all three wore white gowns design by Nili Lotan. The couple wrote their own vows and recited them beneath a floral chuppah arranged under on of the wedding venue's  sprawling trees.

The guests were treated to an al fresco dinner in long tables topped with lemon trees arrangements with white and plum calla lilies. They enjoyed the couple's signature cocktails, ate beet salad with steak and fish and finished it off with the wedding cake, a four-tiered vanilla cake with cheese and graham cracker filling (that sounds delicious). They ended the party with fireworks.

The happy couple went to Turk's & Caicos for their honeymoon. 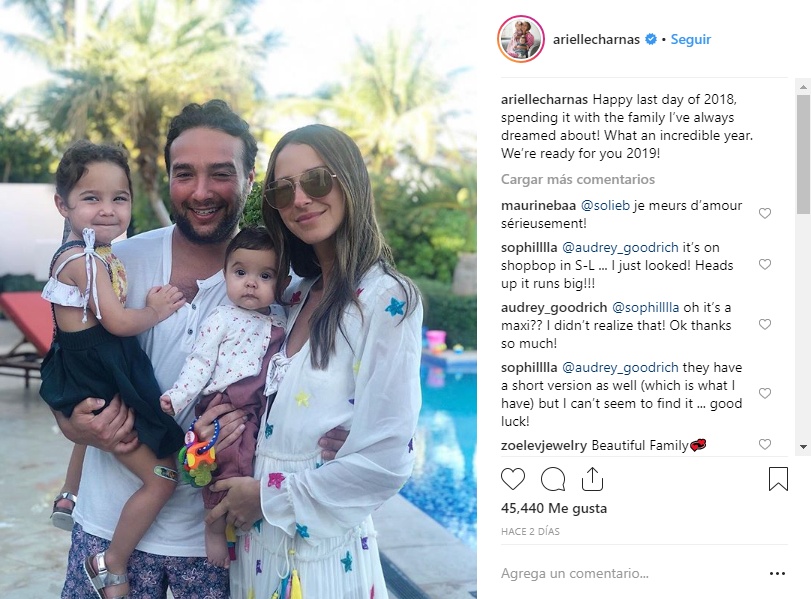 Arielle joined Instagram 9 months after it launched in 2010, at the beginning she didn't understand what the platform could do for her and her blogging career, so she just posted personal pictures and redirected her followers to her blog Something Navy, but once she got the hang of it, things really change.

By 2017 she had 1 million followers (now she has 1.1milion), she documents her life through the platform and her followers loved it, they like her style and her life. Now she has two accounts, one is still personal @ariellecharnas and the other one she created to direct her followers to her brand @somethingnavy.

Take a look at both of them, we're sure you'll like them too.

Arielle Charnas seems to have it all, she has a remarkable and very successful fashion career, for which she worked a lot, a great husband and two adorable daughters. Her more than 1 million followers are obsessed with it and it looks like things just keep getting better.