He is definitely one of the cutest and most promising acts in the Hollywood scene right now. Yep, we are talking about Gaten Matarazzo, better known for his role as Dustin Henderson in the Netflix Sci-Fi drama series, Stranger things alongside fellow actors Finn Wolfhard and Caleb McLaughlin.

He was born on 8 September 2002 in a little town called Little Egg Harbor Township in New Jersey to parents Heather Matarazzo and Gaten Matarazzo Sr. He has a couple of siblings, Carmen and Sabrina Matarazzo who have acted in several commercials countrywide. 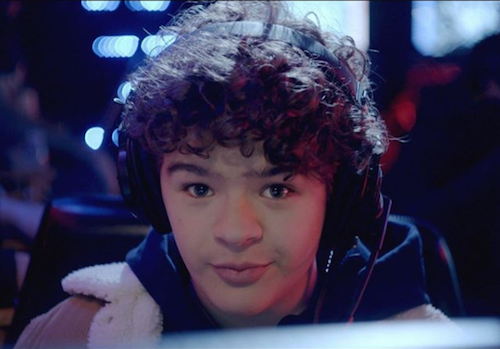 We all love Stranger Things and we love Gaten even more for his quips and totally relatable quotes. Because of the charismatic roles, he’s played in, he’s gained quite the online following and fans all over are more than a little bit curious about who he is. You’re in luck because here are some super amazing Gaten facts that you probably didn’t know.

1. He is a talented baby from a small town

He’s young but don’t let that fool you. Gaten is a multitalented act and he taps into all his gifts. He is an accomplished actor, both on-stage and in film and he’s a trained musician and is the lead singer of the indie rock band, Work in Progress. All the band members come from his home town and include both of his sisters. Talk about a talented bunch of kids! 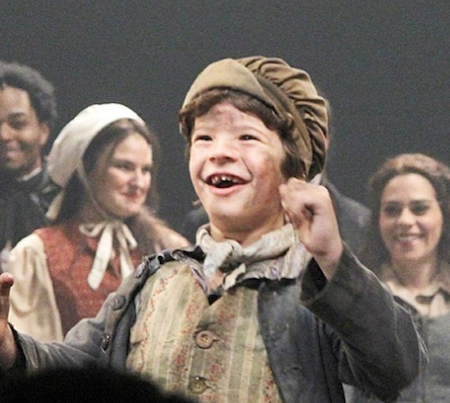 Gaten is pretty dedicated to his career and started following his dreams when he was just 9 years old. He decided to follow in his siblings’ footsteps, Sabrina and Carmen Matarazzo. As a matter of fact, he was discovered by accident when he accompanied his sister to an interview and the manager asked him if he wanted to act as well and things just took off from there. 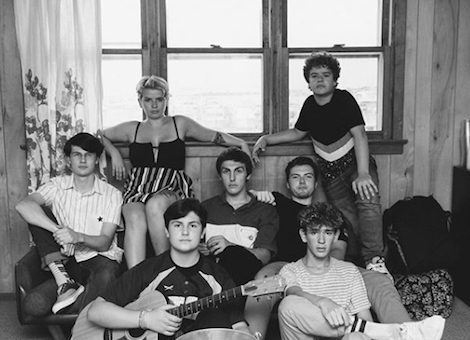 Acting both on stage and on film has given Gaten the chance to get a glimpse of both worlds. As he started his career on Broadway, he used to think that stage acting was the real deal because it’s an ‘at the moment’ kind of production and required more skill but when he started in the film industry, he realized that film was also quite challenging one isn’t better than the other. 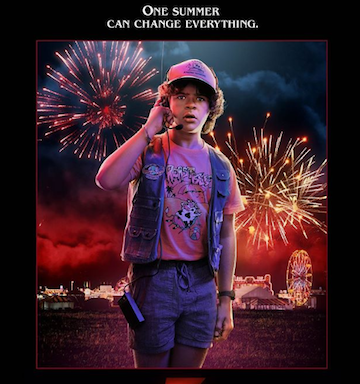 Gaten on his role as Dustin Henderson in Stranger things the sequels: @gatenm123/ Instagram

As a stage performer, he’s gotten some note-worthy roles in Priscilla, Queen of the desert and Les Misérables. He’s also starred in TV shows such as The Blacklist as Finn and we cannot forget about his budding musical career. Although he’s a professional singer, he occasionally belts out some really good melodies when working and he sounds really good too!

2. He supports the cause CCD smile to raise awareness to his condition

Gaten suffers from Cleidocranial dysplasia (CCD), a condition that affects the development of the bones and teeth of a child. As a result of this condition, Gaten has no teeth and is very open about his condition. The show-runners of Stranger things incorporated this trait into his character after he was cast and he explains his condition to a school bully who mocks him about his teeth and then obliges him by bringing his shoulders to touch because of his lack of a collar bone.

Because of his condition, Gaten has to wear dentures on set but that doesn't bother him at all. In fact, he went to his Instagram page to show his fan his dentures in a totally comical post. 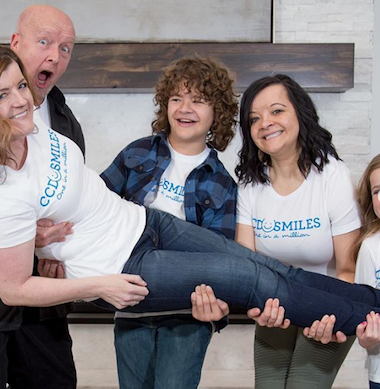 It wasn’t always easy for Gaten though. Before he landed the role of Dustin, he’d been getting rejections for roles for two years but our little man is a fighter because he didn’t let this bring him down and always believed that the perfect fit was just around the corner.

Gaten Matarazzo uses his fame and his social media sites like Instagram to raise awareness to CCD smiles and get people to donate to the cause. He’s very outspoken about his condition and we commend him here for taking such a forefront stand and not letting his condition get in the way of his success.

3. He’s got some heavy achievements under his belt

Gaten is a hard worker. In fact, when he was on Broadway, he used to juggle between performing six days a week and matinees and school but that did not slow his roll. He also got music lessons in between so it shouldn’t surprise us how good he is. He has won awards for his role as Dustin Henderson on stranger things and almost played Mike Wheeler but I don’t know, I feel like Dustin was just the perfect match. 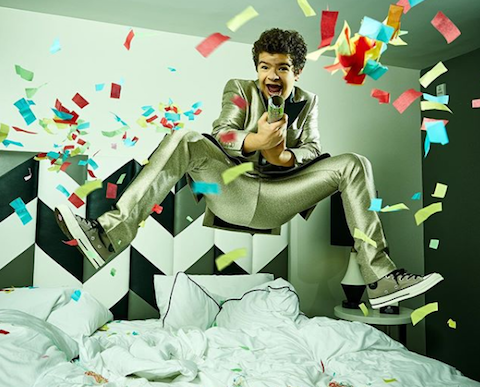 Apart from the roles we’ve mentioned, Gaten got the pleasure of working with music icon artistes, Katy Perry and Nicki Minaj on the track Swish swish. He’s the adorable kid in the basketball face-off.

Gaten also got the opportunity to sing the National Anthem along with his sister Sabrina in 2015 before the Mets game and before that, in 2010 when he was only 7 years old, he got to sing the song America the Beautiful in 2010.

For all his hard work, Gaten has been repaid handsomely and enjoys a huge net worth of about 4 million dollars. No kidding. Gaten has however expressed that his work is out of passion and not because of the huge dollar signs and he could care less for the money. Besides, he’s still a kid and still needs permission from his parents before making any big purchases. 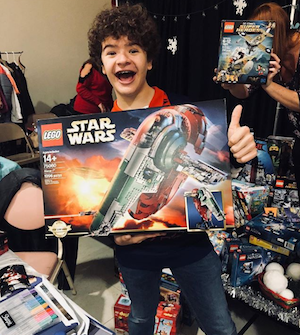 He might be from the noughties generation but don’t let that fool you, he’s an old soul at heart. He prefers the 80’s movies and The Goonies is one of his all-time favorites. No wonder he fits right at home in stranger things.

He’s also a fan of star wars and he’s even expressed interest in playing a role in the franchise. Well, may the force be with you Gaten

Gaten's character in stranger things has been renewed for three seasons straight now as Dustin Henderson and the plot keeps getting even more twisted with rumors of season 4 being just as immersed as its predecessors.

The teaser to Stranger things where Gaten plays as Dustin is rumored to premier in 2020 and I for one cannot wait to see what the characters have in store for us.

Gaten is also the host and executive producer of an 8-episode prank show on Netflix called Prank Encounters which pranks unemployed people into thinking they have gotten gigs only to end up being caught up in spooky, bizarre, supernatural encounters.

The show has not yet hit our viewing screens but is already facing a lot of backlash with people calling it cruel and unnecessary and capable of causing real harm but Nextflix is standing by the show and is set to air later in the year. 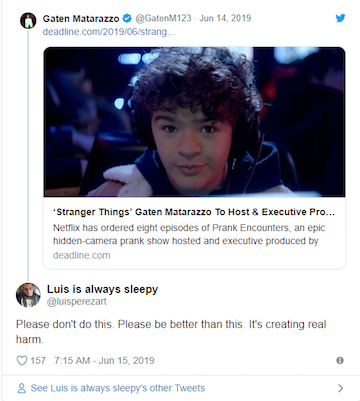 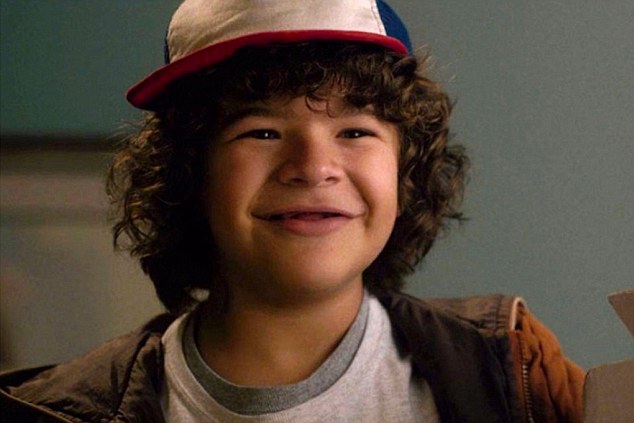 Strange things afoot for Gaten Matarazzo; who went from Les Mis on Broadway, to a TV career and a net worth beyond imagination, for any child actor.

Gate Matarazzo is only a child star right now but already a force to reckon with and we can’t wait to see the mega superstar he’ll grow into. He started his acting and music careers at such a young age because he was determined to succeed. 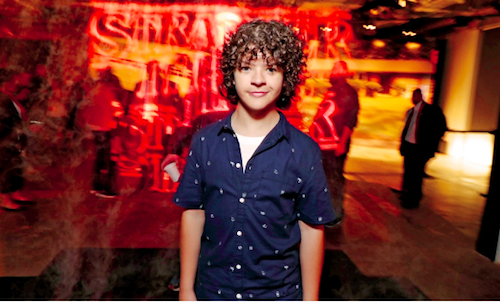 He goes to show that if you really put your mind to it and work towards your dreams, then all of it is just within your grasp no matter how hard you get kicked to the ground. He’s an inspiration to us all to do better and not blame our failures on our shortcomings.