Who Says Women Are Weak 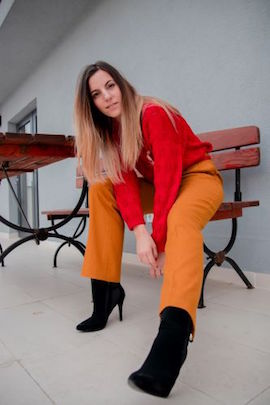 "Who run the world? Girls", do you agree with Beyonce? Well, maybe we don't actually run it but we could because we've got what it takes. There are millions of strong women out there that are such great role models, women who don't let anyone stop them from doing what's right, women who persist right in the middle of chaos. And the good news is that we don't have to be powerhouses to achieve great things, we are truly strong.

The cultural assumption that women are the weaker sex is not back by science either. There are some basic biological weaknesses built in the male of our species. For one, men's immune system is not as strong. Hormones are to blame for that. Women have a stronger immune system because we are packed with estrogen and this hormone helps counteracts the antioxidant process. According to Theodore Slotkin, professor of neurobiology at Duke University's School of Medicine, estrogen protects the brain, even after a neural injury, it can repair and replace.

In times of famine and epidemics, women are more likely to survive than men, according to a study conducted by Virginia Zarulli from the University of Southern Denmark's Institute of Public Health. For some time it has been known that, in general, women have a higher life expectancy than men. This based on an analysis of historical records (from 250 years ago), which showed that women outlive men in slave plantations, or during famines in Sweden.

This gender gap in life expectancy was attributed to biological factors, like the double X chromosome. If a bad mutation takes place in the X chromosome, we have an extra one to compensate while men don't. 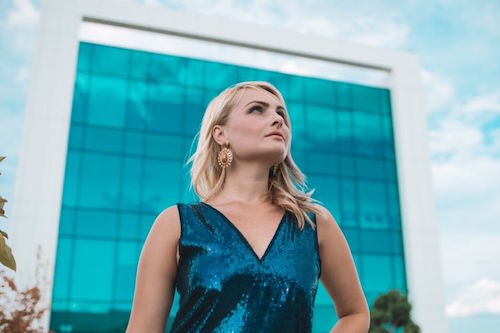 Apart from the health gender gap favoring women, there's also the educational gap. Recent studies on educational improvement also favored women as the stronger sex. Since the mid-'90s, on average, we get better grades, we also graduate high school and attend college at a higher rate and we get more advanced degrees.

There are a lot of factors backing us as the stronger sex, yet, we're still perceived as the weaker one. What's needed, to change that perception. is a broader definition of strength to include all the beneficial qualities and attributes it encompasses. We are strong because we have these traits. 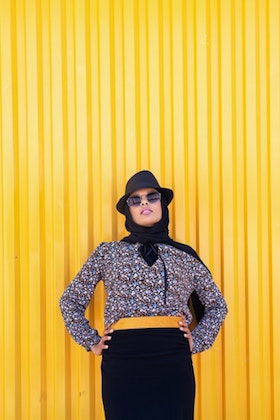 We are strong because apart from enduring physical or emotional abuse, sexual assault, child abuse, cancer, physical or mental illnesses, we thrive even with very little support and we pushed through negative situations until we make it to the top, alive and better for it.

In what matters to us, we are successful 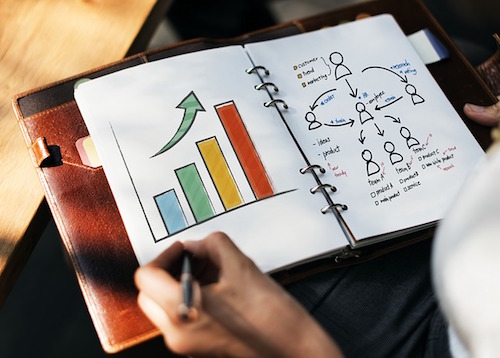 We are strong because, in order to succeed, we take risks. We're not afraid of them, we put ourselves out there and are willing to make mistakes in our love lives or work, in order to get what we want. We define our success. 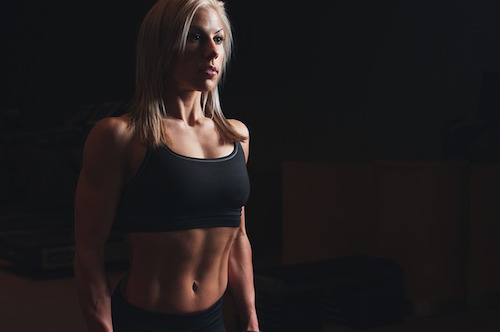 There are women out there that set the stage for us. Strong women that have proved that the cultural assumption of "women are the weaker sex", is far from the truth. These are women with the influence and the power and the ability to transform a generation. These women got their recognition and have achieved important milestones, not because they are perfect (sometimes people assigned with the title of "role model" are placed on pedestals, thinking them perfect), they have succeeded in what they do because they have gone against the norms, they have challenged the perceptions and they have persisted against all odds.

Meet 3 top strong women that are raising the bar in the definition of the "strong, not the weaker sex". 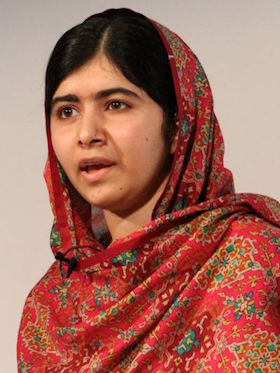 Malala is a true survivor and a great example of a strong woman. She was born 22 years ago in the largest city of Swat Valley (Khyber Pakhtunkhwa), Pakistan. She developed, from a very young age, a thirst for knowledge. Her father, who's a passionate education advocate, ran for years a learning institution in her native city, so school was a great part of Malala's life. Her situation changed when she was 10 years old. In 2007, the Taliban began to take control of Swat Valley and soon became the socio-political force in northwestern Pakistan.

Thanks to this, girls were banned from cultural activities like dancing and watching television, but the worst was that they were banned from attending school. Malala was determined to go to school because she firmly believed in her right to education, so she became (alongside her father) a critic of the Taliban tactics. She was very vocal about it, writing blogs and using the media to continue her public campaign for her right to education.

She was shot by two Taliban members while she was sitting on a bus heading back from school. She received three shots, one on the head, she was seriously wounded and had to endure pain and multiple surgeries to repair a facial nerve to fix the paralyzed left side of her face. She got through weeks of therapy and returned to school (in Birmingham, England). She continues her fight so many more girls have the right to education in all corners of the world. 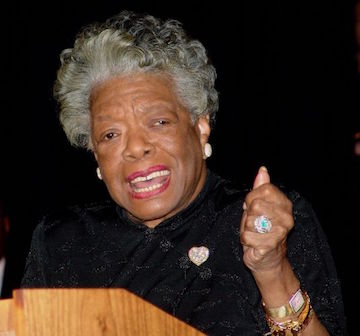 Maya Angelou was a civil rights activist, a poet, and an award-winning author known for her acclaimed memoir "I Know Why The Caged Bird Sings" (the first non-fiction bestseller by an African American woman). She was also a dancer, actress, and screenwriter. Born Marguerite Ann Johnson in St. Louis, Missouri in 1928. She had a difficult childhood, her parents divorced when she was very young, so she was raised by her paternal grandmother. She experienced discrimination and racial prejudices while living in Arkansas with her grandmother. She also suffered sexual abuse by her mother's boyfriend when she was 7, traumatized by this horrible experience she stopped talking. She was mute for about 5 years of her life.

She didn't let all those bad experiences stopped her from achieving her goals, she got her education by way of a scholarship. She became a performer on Broadway and earned a Tony Award nomination for her role in the play Look Away (1973) and an Emmy nomination for her work in the miniseries Roots (1977). She changed a generation with her poetry and writing by telling her life story full of highs and lows. She past away in 2014 leaving a legacy for future generations. 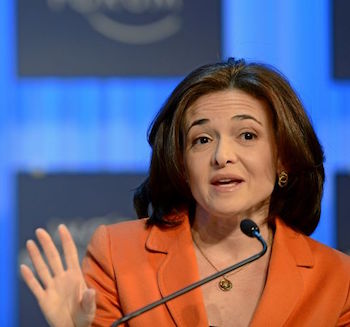 Sheryl is an American business executive, who since 2008, is the Chief Operation Officer (COO) of Facebook. She was born in Washington D.C and just turned 50. She studied economics at Harvard Univesity and received a master's degree in business administration also from Harvard. She worked alongside Lawrence Summers at World Bank and when Summers became deputy secretary of Treasury in 1995 she joined him as his chief of staff.

In 2001 Sheryl joined Google, Inc as general manager of the business unit. She was in charge of the develope of  AdWords and AdSense which helped Google become profitable. She was recruited by Facebook in 2008 as COO to supervised the daily operations of the company where she created and advertising strategy for Facebook that finally allowed it to become profitable. She is an outspoken advocate for women to be more aggressive in seeking success in the business world. She also has endured the hardship of losing her husband Dave Goldberg (who died unexpectedly) and she wrote about it in a book called "Option B: Facing Adversity, Building Resilience, and Finding Joy" to offer guidance for women going through hardships.

25 Quotes About Strong Women On Facing Hardships in Life

If you need inspiration for those days that you don't feel as strong, here are some quotes about strong women and how you can face the hardships in your life. Remember that it comes from within, your positive virtues can make the world a better place. 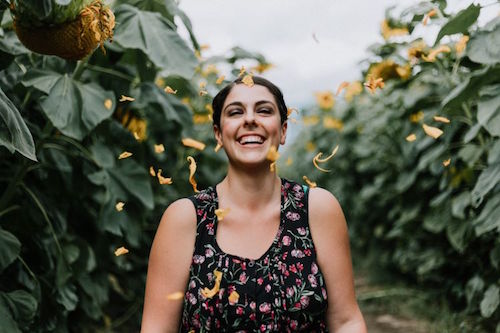 1. "She may be broken for a while, but that's OK. She's working on her, cause she's not one to leave a mess lying around." -Jm Storm

2. "She is a queen. Her soul is royalty." -Adrian Michael

3. "The most dangerous woman of all is the one who refuses to rely on your sword to save her because she carries her own." -r.h. sin

4. "What made her strong was despite the million things that hurt her she spoke of nothing but happiness." -J.A.

5. "Nothing is more beautiful than the smile that has struggled through the tears" -Demi Lovato 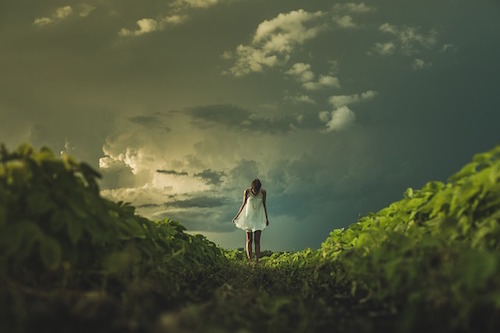 6. "Courage is the most important of all the virtues because, without courage, you can't practice any other virtue consistently." -Maya Angelou

7. "The key to life is accepting challenges. Once someone stops doing this, he's dead." -Bette Davis

8. "I don't run away from a challenge because I am afraid. Instead, I run towards it because the only way to escape fear is to trample it beneath your foot." -Nadia Comaneci

9. "Women, like men, should try to do the impossible. And when they fail, their failure should be a challenge to others." -Amelia Earhart

10. "If you are facing a new challenge or being asked to do something that you have never done before don't be afraid to step out. You have more capability than you think you do but will never see it unless you place a demand on yourself for more." -Joyce Meyer 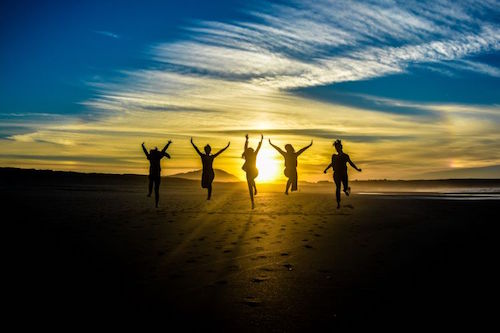 12. "She overcame everything that was meant to destroy her." -Sylvester McNutt III

13. "She is a beautiful piece of broken pottery, put back together by her own hands. And a critical world judges her cracks while missing the beauty of how she made herself whole again." - Jm Storm

14. "Be thankful for each new challenge, because it will build your strength and character." -Author Unknown

15. "A life filled with vicissitudes, uncertainty, and hard lessons provides us with skills to better approach new challenges that come along." -Vivian Eisenecher (Recovering Me, Discovering Joy) 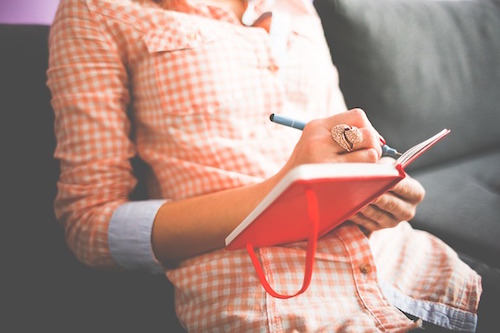 16. "The opportunity to develop resilience comes through difficult circumstances that both highlight and challenge existing mindsets." -Devra Davis (Through Grief and Beyond: What We Don't Get Told)

17. "And one day she discovered that she was fierce and strong, and full of fire and that not even she could hold herself back because her passion burned brighter than fear." -Mark Anthony

18. "The world needs strong women. Women who will build and lift others, who will love and be loved. Women who live bravely, both tender and fierce. Women of indomitable will." -Amy Tenney

19. "Life is either a daring adventure or nothing at all." -Helen Keller

20. "Life's challenges are not supposed to paralyze you, they're supposed to help you discover who you are." -Bernice Johnson Reagon 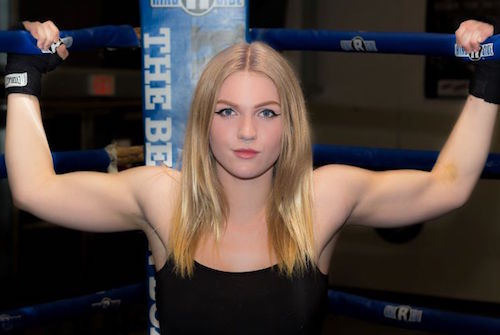 21. "Give woman pain and she'll turn it into power. Give that woman chaos and she'll create peace." -R.H. Sin

22. "Do not tame the wolf inside you just because you've met someone who doesn't have the courage to handle you." -Belle Estreller

25. "Sometimes the smallest step in the right direction ends up being the biggest step of your life." -Naeem Callaway 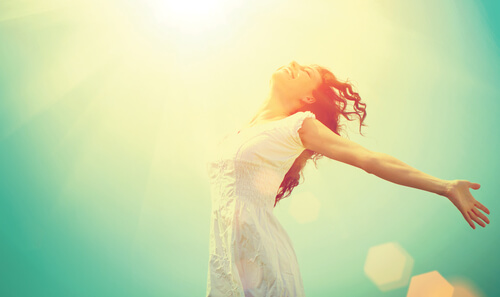 Life is composed of different obstacles and weakness will be your worst enemy while overcoming them. Here are some ways on how to become emotionally strong! 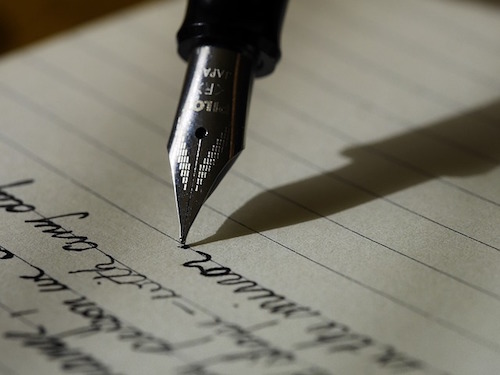 We have the strength to end the cultural misconception and show the world that women are not the weaker sex. We are strong and it all comes from within.