Safiya Nygaard: Who and What She is Known For? 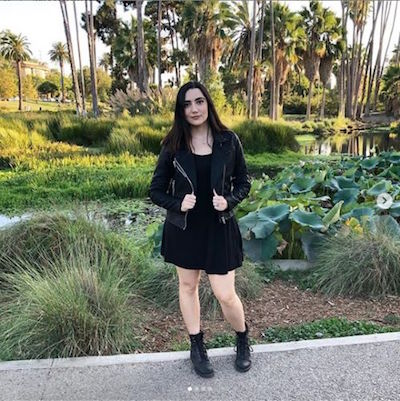 Does this name sound familiar? Have you watched any of this lady's videos on Youtube? Or are you asking yourself, who is Safiya Nygaard? Whether you know who she is or have no idea, we'll give you all the facts about her life and why she's killing it in the beauty vlogger world.

Safiya Nygaard is a Youtube personality, she is best known for her beauty and style videos. It would seem that becoming a successful personality as a vlogger in this platform is easy but it's really not. Safiya has a very solid place there and she's not going anywhere. She didn't start on Youtube, she actually started as a Buzzfeed producer. Safiya co-created a popular series for Buzzfeed called Ladylike. When she left the company in 2017, she decided to focus all her attention and talent on her own Youtube channel where she now has over 8 million subscribers (and counting). Not bad uh?

The secret to her success, or why her show (and her) has so many fans is that her videos are not just reviews or tutorials. Her content creations are smart and unique, she produces videos that are entertaining and interesting. How did she get there? Do you want to know more about her? Keep reading to know some facts about Safiya Nygaard.

How did she get to where she is now? Does she have a boyfriend? What other projects she is involved in? Learn more about Safiya with these 12 facts about her life and career.

1. She hails from Chicago 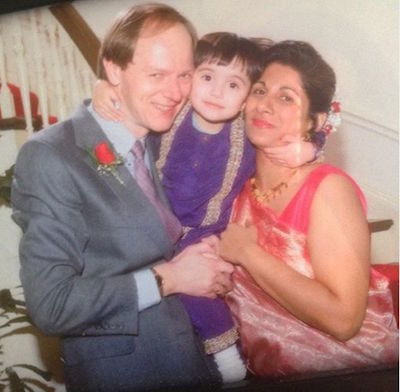 Safiya was born in Chicago, Illinois on July 16. 1992. His father is danish and her mother, Mumtaz, is Indian. She has a younger brother, Adil Nygaard.

She went to Whitney M. Young Magnet high school and graduated in 2010, while she was attending there, she participated in the Young Company and CPS Advanced Arts Education Program in Theater Arts. She was very active there and eared a few mentions in the school publications.

She acquired her bachelor's degree in drama and English in 2014 at Stanton University, where she participated in various theatrical and arts events.

2. Her original plan (career wise) was to do theater 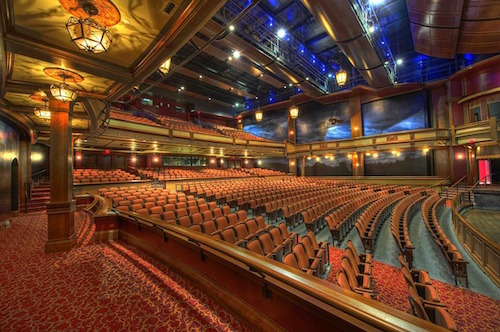 She produces great content because which is influenced by her experience in the dramatic arts prior to her success as a vlogger. While attending Standford University in San Francisco she did a lot of jobs, one of them was creating a web series (just for fun) for a friend She also assisted, wrote and produced, for a San Francisco Shakespeare festival camp, various productions.

She worked as a sales associate and in-model at an Abercrombie & Fitch store in San Francisco. While in college she did other jobs not theater related where she used her talent as a content creator and producer. One of them was at Glassman, she was a marketing associate, where she wrote weekly content for the website, she also distributed it.

When she went back to Chicago, she got more involved in theater. She interned at theaters in New York and Chicago. There's a compilation of her acting samples on her Youtube channel.

3. She gained popularity while working on Buzzfeed

By 2014, Safiya went to work for Freemantle Media in California. Her work there consisted of reading script submissions, pitching meetings and sales. At the same time, she created, wrote, directed and produced a Youtube production called Tiger Dad Comedy.

In 2015 she joined Buzzfeed, she gained visibility as a video producer and in October of that year she teamed up with Fredericka Ransome to co-create a new series for the company called Ladylike. It started as a segment where women try out new beauty and fashion products, They also experimented with various techniques so that you didn't have to. The segment was so well received by the fans that it became a full-fledge show for the Buzzfeed channel.

Safiya worked producing the show for 15 months, until 2107 when she decided to leave Ladylike to pursue other personal projects.

4. She gets her inspiration from Lucille Ball 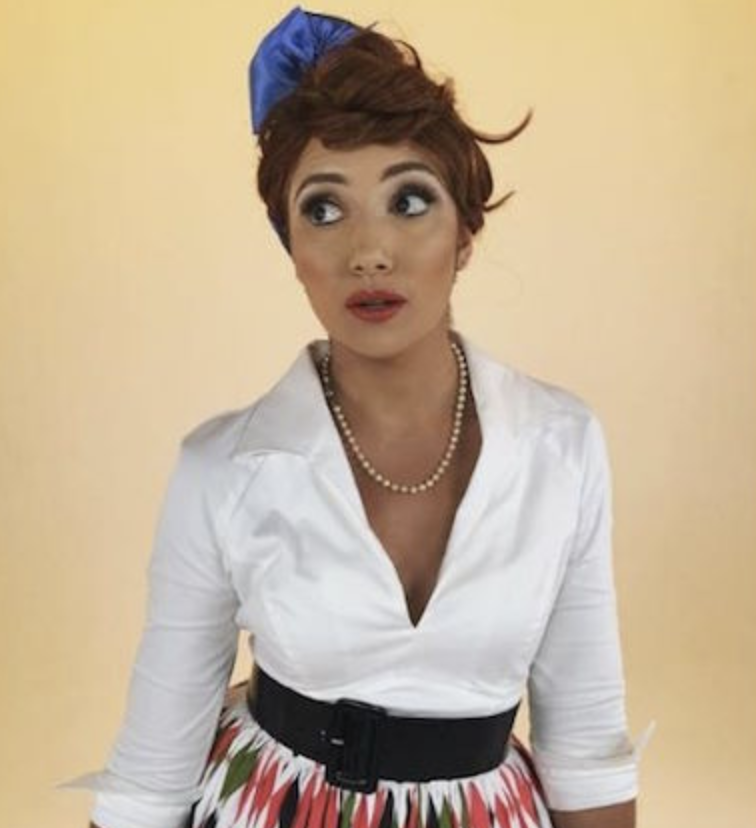 In an interview for Lithium Magazine, Safiya was asked what person was her inspiration. Her answer was Lucille Ball. She told the magazine that for her, Lucile Ball was one of the funniest (if not the funniest) women that ever lived. She is inspired not just by her comedic nature but also by her drive and all her work on creating her unique content. She was one of the first female heads in Hollywood and the best thing... she did it her way. So, in a way she paved the road for Safiya and other people who wanted to do the same.

5. She has had an "affair" with Youtube for a long time

Long before she started working for Buzzfeed and creating her own Youtube channel, Safiya couldn't get enough from Youtube, she has been an avid consumer since age 12. Now that she has her own channel she loves creating her own content. She also loves the Youtube audience and the fact that she can address her fans directly. She says that's the beauty of Social media, you don't need intermediaries to answer fan's questions or to interact with them.

Safiya has been on Youtube, with her own channel (which now has over 8.4 million subscribers), since 2011 but started to be really dedicated to it since 2017. First, she started trying out beauty rituals (among other tasks) and that's how she became a beauty guru on Youtube. She stands out because her content is original and it entertains the audience. For example, recently in March of 2019, she shared a video where she made a cake with edible lipstick... and ate it! This video became viral and now has over 8 million views.

Her Relationships: Boyfriend And Family 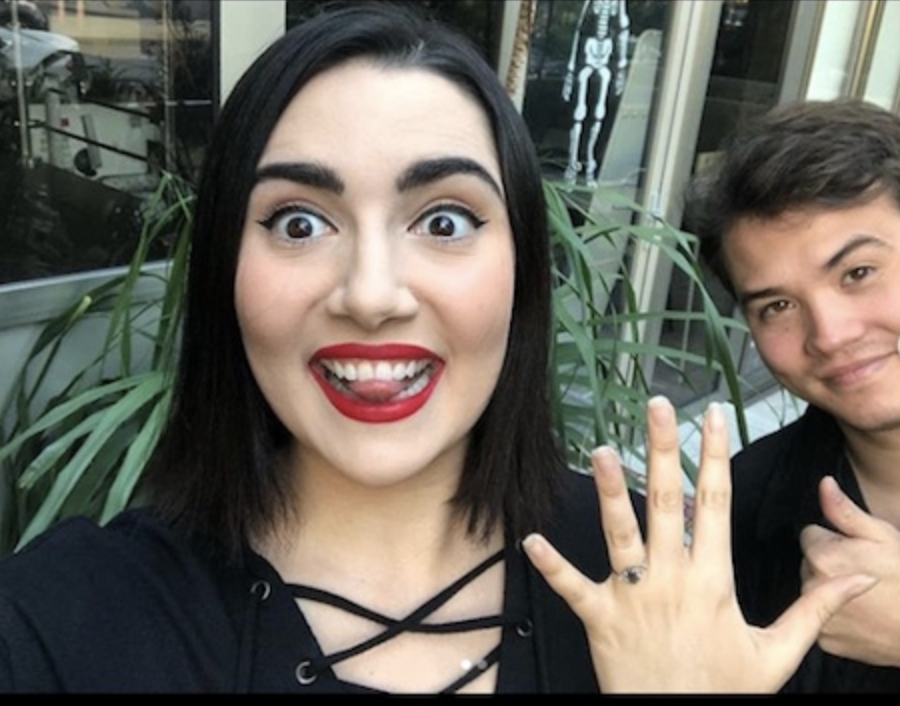 Safiya and Tyler met at Standford while they both attended college. Tyler was pursuing a bachelor's degree in economics and Safiya in drama and English. They didn't actually date during college, they started dating after graduating and meeting again in LA. They've been together since then, creating content and appearing in each other's videos Tyler Williams is also a Youtuber and an entrepreneur, he's CEO of Nexbeat (a platform for video creators). In a video, they revealed tidbits about their relationship like they have a cat named Crusty. They also revealed that each year they go Disneyland because that's where they went on one of their first dates.

After four years together, Tyler pop the question and of course, he shared it in a video. He wanted to really surprise Safiya so a lot of planning went on. He took over Safiya's channel and with his father's help, he filmed the whole experience. He bought her a black diamond ring and proposed at Disneyland. He was successful in his endeavor because she said YES!

7. She has a mixed race background 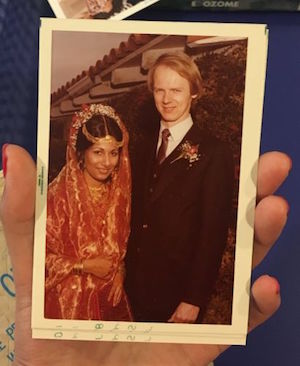 Safiya's father is Danish and her mother is Indian, while she was growing up she found it difficult having a mixed-race background not because there were issues in her family but because of the reactions, people had when she told them about her family. she sometimes felt frustrated. They made her feel uncomfortable when they said "oh, but you're basically white, right? When she was a child she only knew that her father was white and her mother was brown, for her that was totally ok. Safiya has a younger brother named Adil Nygaard who also attended Standford.

8. Safiya and Tyler tried a McDonald's "not wedding" in Hong Kong

While doing research for her wedding in America, she stumbled upon lots of articles saying that McDonald's in Hong Kong offered couples the choice of actually getting married there. They offer different packages, the cost ranging from $380 to $1275. Since Safiya and Tyler were traveling through Asia, they decided to give a try and they had lots of fun. You can see the whole experienced in the video above.

Why She Left Buzzfeed

In January 2017, after working for Buzzfeed for 15 months, Safiya left the company. In March of the same year, she posted a video on her Youtube channel giving her reasons for her decision. First and most important, she said that she left Buzzfeed because she wanted more independence. She felt that she was not really free to create the content that she wanted since she didn't have all the control. She also wanted the whole responsibility of content creation on her, so she could decide what to post and when. At Buzzfeed, she was left out of all the decision making.

She also wanted transparency, one of the things she loves about social media is the opportunity to directly connect with the audience, and she was not allowed to respond to the Youtube comments on Ladylike videos at Buzzfeed. She also said that there's a gray area regarding who owns the content created in the show (apparently Buzzfeed owns all content created during her time at the show) and regarding licensing rights. Buzzfeed could sell merchandise using her name and she was not on board with that.

What Is She Currently Up To 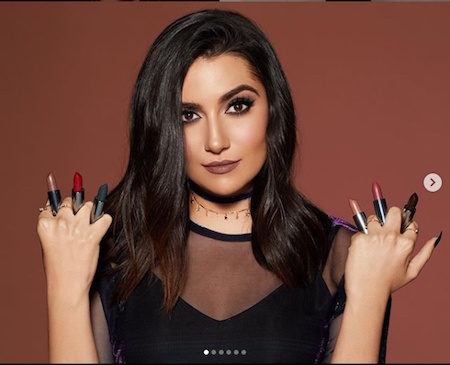 Since Safiya's Youtube channel is full of bad makeup experiments, she decided to partner up with Colourpop to bring her fans her most popular shades to the Colourpop lab so they can shop to their heart's content. The Safiya Nygaard's Collection includes six lip shades, two mates and four cream formulas which are great. But people are also obsessed with the packaging, a gunmetal color covered in spooky black bats. Perfect for Halloween! 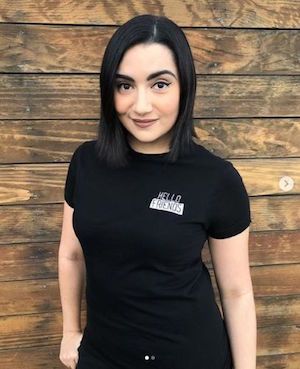 Safiya now has her own merchandise, you can shop for tees, bennies, hoodies, hats, stickers at Fiends by Saf, her online shopping store. Her line launched in October 2018 and has her fans delighted. 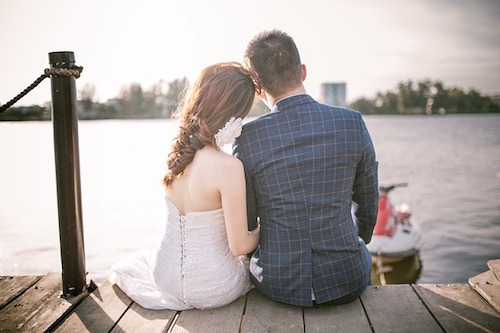 Safiya and Tyler are tying the knot soon so she has been working non-stop on all their wedding details. She has posted several videos on her channel talking about trying and shopping for her wedding dress; she also had a collaboration with Rosana Pansino where they making a wedding cake with a mini Safiya on top.

Related Article: 25 Tips From Beauty Expert: How To Look Good Without Makeup

Makeup is like the magic wand that spells magic on our face and makes us look good. Know the secret to look good naturally, here in this article. 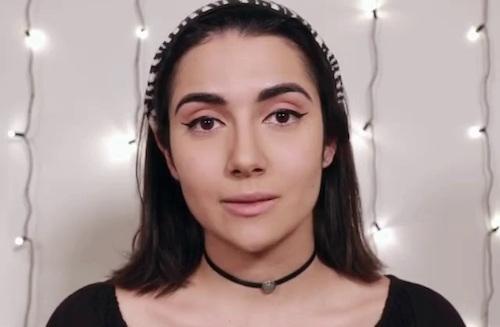 Safiya Nygaard is a Youtuber passionate about what she does, she makes the most unique and interesting content and she loves to interact with her audience. She's a very hard working woman who's going to be around for some time, so keep an eye on her.