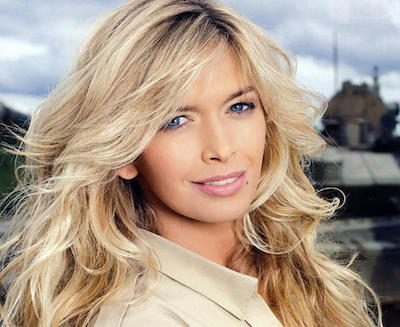 Vira Viktorivna Haluska, artistically known as Vera Brezhneva is a singer and presenter of Ukrainian television. There is way more to her story than just that. Want to know more? Keep reading! 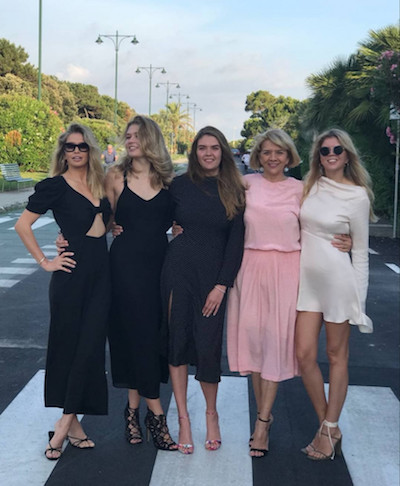 Brezhneva was born on February 3, 1982, in Dnieprodzerzhinsk, Ukraine (then Ukrainian RSS). His father Viktor worked in a chemical factory near the Dnieper River and her mother Tamara graduated from Dniepr Medical University. He obtained a degree in economic sciences from the Dnipropetrovsk Engineering Institute. Vera's mother worked in the same factory as Vera's father. Vera has three sisters: one older (Halyna) and two younger (Nastya and Vika, who are twins) 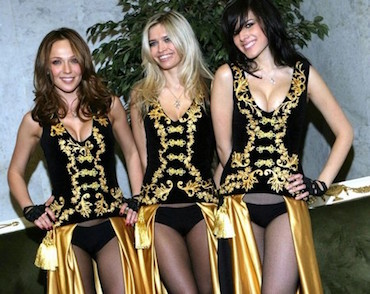 Vera’s first encounter with music was in 2002 when she was invited to an audition to find a substitute for Alena Vinnitskaya, a former member of the Nu Virgos group. In January 2003, the group made its first performance with Vera as a member.

During her career in Nu Virgos, she won the affection of the fans and won several awards, making her the favorite member of the group for Ukraine. Nevertheless, she decided to leave the group in 2007 to pursue her career as a singer by herself. Vera was replaced in the group by Tatiana Kotova. 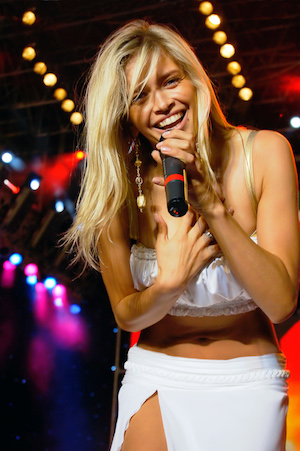 May 2008 was the start of her individual singing career as she published her first single entitled: Ya Ne Igrayu, a song written by her previous producer Konstantin Meladze. Her second single: Nirvana came out on October 27 and the third one: Lyubov v Bolshom Gorode in 2009. Sometime later she appeared in the video clip of Leto vsegda of Diskoteka Avariya along with actresses Anastasia Zadorozhnaya and Svetlana Khodchenkova. In mid-April 2010 she published Lyubov spaset mir being this her fourth single and with which she would reach third place in the Top 40 lists on the FDR radio network in the week of July 21st, 2010 and number one in Russia. On September 1st, 2010 she released the song Pronto with Potap and Lepestkami slyoz with Dan Bălan.

Since then, which was her golden age in music, Vera has released several other songs and albums. Her last one was VERVERA in 2015. 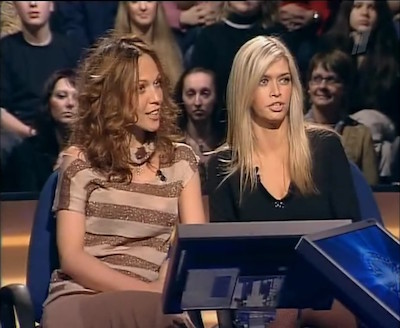 Brezhneva was the presenter of the Russian version of the Power of 10 game-show called Магия 10-ти (Magic of 10) which ran on Channel One Russia for two seasons from 7 January 2008 to 31 August 2008. 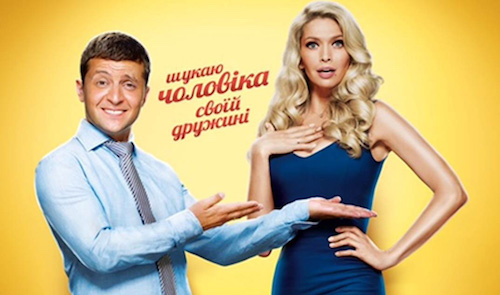 Vera has appeared in a number of Russian-language films. She played Katya in the film Love in the Big City in 2009 and on its two sequels in 2010 and 2013. In 2016 she starred in the movie 8 Best Dates. She also had a major part as herself in Yolki and Yolki 2 and appeared in the movie jungle. Most of her film work has been in romantic comedies, the genre of the majority of the movies we just mentioned. 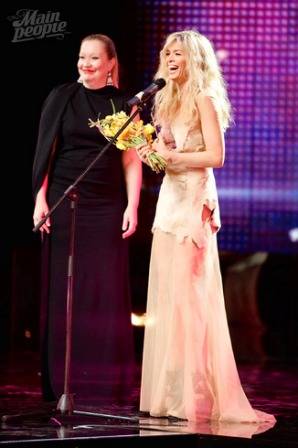 Vera Brezhneva has won plenty of awards for her talents, including the coveted and important title of “Woman of the Year” in Russia. She is considered one of the most beautiful women in Russia, too. In 2007, 2012, 2015, and 2016 she was named the sexiest woman in Russia by the men’s magazine Maxim. She is pretty great herself! 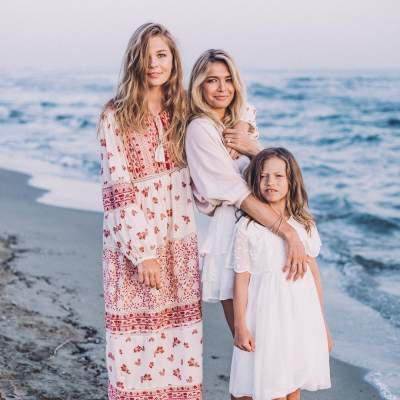 These are Vera's daughters: Sonia on the left and Sarah on the right.

Vera has gone through several marriages and relationships herself. Her daughters are the result of both of her past broken marriages.

First, she was married to Vitaliy Voychenko, Ukranian businessmen, for a few years. He is the father of her daughter Sonia, who was born on March 30, 2001.

In November 2006, Vera married another Ukrainian businessman, Mikhail Kiperman. On December 17, 2009, she gave birth to their daughter Sarah. She got divorced 4 years later, in February 2012. 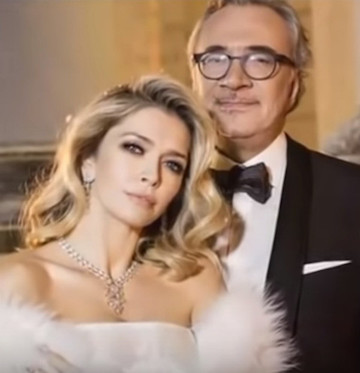 We have talked enough about Vera Brezhneva, but we haven’t said anything about her current relationship status. She is married to Konstantin Meladze, a Ukrainian composer and producer of Georgian descent. 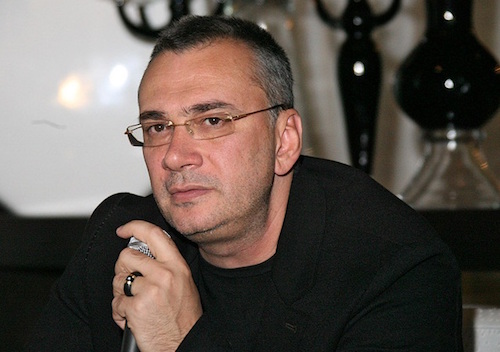 Want to know more about Konstantin Meladze? We have got some interest facts about his entertaining life just for you!

1. He used to be a singer himself 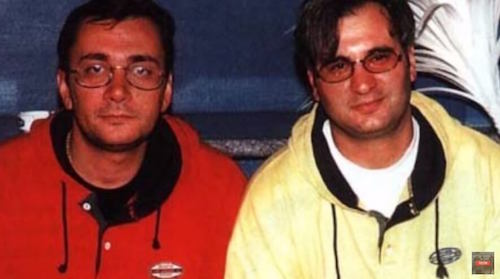 Back in the late 80s, Konstantin and Valeriy Meladze, who is now a pretty successful singer, played in the band “April” and later joined “Dialogue”. In 1993 they both went solo. The reason why these two siblings cooperated through all these years was that Valeriy Meladze only used songs exclusively written by his brother.

Remember how we said before that Vera started her singing career when she won an audition to be part of the famous Ukrainian girl group Nu Virgos? Well, her later to be husband, Konstantin, was the co-founder of this band in the year 2000. Imagine that: marrying your old band’s co-founder. Interesting, right?

3. He has an autistic son 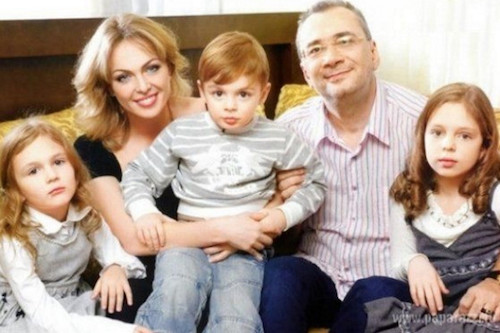 After having 2 daughters, Alice and Leah, Konstantin finally had his heir, who he was waiting for for a long time. They name him Valery as a tribute to his older brother. The thing is that after 3 years of being born, Valery was diagnosed with autism. They discovered it as Valery started to lose his speech, communication, and general skills.

4. He had a secret wedding 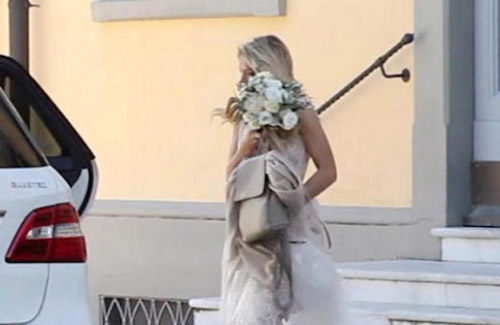 Konstantin Meladze and Vera Brezhnev held a secret and mysterious wedding in 2015, in Italy, in the resort of Forte Dei Marmi. The details of the celebration are still unknown to everyone. It is only known that only the closest people of the couple were present there. It was so hidden that Vera hid behind her bouquet all the way to the ceremony. Even the most persistent paparazzi could not make a decent photo of them on this special day.

5. He cheated several times on his previous wife 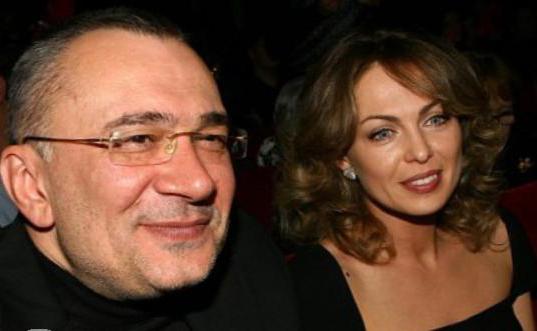 Konstantin was married to Yana Summ before Vera. She is an Ukrainian former participant of miss Ukraine 1992, and since then has been considered a beauty.

Yana has said in several interviews that in 2005 when she was pregnant with Valery, she started suspecting that Konstantin was unfaithful to her as their relationship was going through a crisis.

Even though she had all these feelings and suspicions, she held on to the relationship until 2007, when she says she saw a picture on Konstantin’s phone that confirmed that He was indeed living another life outside their marriage.

When she found this text, she says she called Konstantin’s lover, whose answer was: “we have a friendly relationship, as a father would have with his daughter”. Impressive. Many years later, Vera admitted she thought it was best to answer this way, as she couldn't find the words to say the truth to Yana.

Soon after, they got divorced and Konstantin left their house and went to Moscow.

6. His lover was Vera Brezhneva 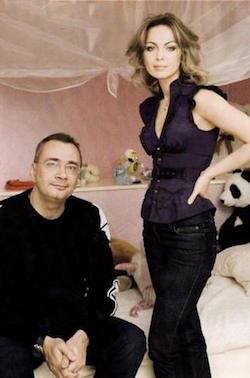 During all the time that Yana suspected that Konstantin was cheating, all the media targeted the other woman as Vera Brezhneva. Truth be told, they spent a lot of time together as they also worked together in the music industry. This could be absolutely normal and harmful? But that wasn’t the case for Konstantine and Vera, who were closer than normal.

During 10 years they denied their relationship to everyone, claiming they both had kids and family and that they were just really close friends. It all changed when Yana decided to divorce Konstantin: they both admitted to having a 10-year secret romance. No more than a year later, they got married until today. I’m surprised too! 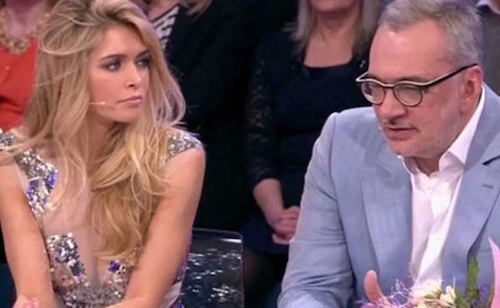 And we could definitely say they got a happy marriage! Vera and Konstantine both claim that they feel amazing with each other and that getting married was the best that could happen for both.

Find out how celebrities get through their best and worse dates 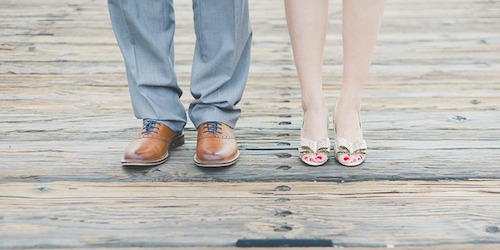 Two huge and talented stars of the Ukranian show business, two insane lives. I guess it is the perfect match and love formula.  Aren't their lives so interesting? We hope you enjoyed this article and got yourselves some tea on these two.